A New Horsie and Time OUT 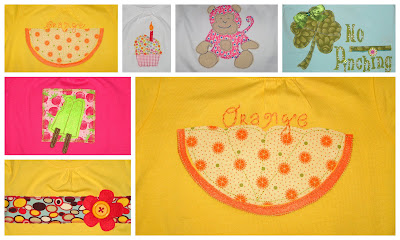 Today was fun. We had a day off from the gym so what did we do...our next favorite thing...go to the laundromat. Once a week ended up taking too long and too many loads. Between loads we went out for lunch with half the ladies from Relief Society at Oya Grill. About 4 ladies celebrated birthdays this week so we all went out to celebrate. Oya made me really miss good Mexican food. My entree was ok, but no Cafe Rio. Amelia spilled water everywhere and commanded the salt shaker. She is so funny, the lady sitting next to her heard all about how much Amelia loved the rice. She patted her cheek to get the lady's attention!

Alison came over after school was over to pick up two cute shirts for her little girl, Ella. Ella is about a week younger than Amelia. It was fun to have her over even for a second. Amelia woke up while Alison was over. She acted all shy but hyped up on goof balls at the same time. She managed to get her hat on and one coat sleeve on by herself. I guess Amelia thought she was going somewhere. After Alison left we pulled out the stroller and walked to the Salvation Army just a block away. It was so cold and the roads were totally slushy, not the best stroller weather. At the SA we found an inflatable booster seat for $3.50 (like the one Miekka has), brand new shoes for Amelia for a $1, and the coolest HORSIE ever pricing in at $3. Amelia rocked on the horsie for 10 minutes. It was light enough that I ended up buying it and carrying it home with the stroller in one hand the horse toy in the other. Amelia was SO hilarious with the horsie.

While I was cleaning up dinner she ran into her room and grabbed Mimi. Then she put Mimi on the horsie. I heard her telling Mimi, "No, no Mimi, bad mimi." She carried Mimi over to the time out wall and plopped Mimi down, then sat in front of Mimi. I continued to hear "no, no Mimi, Mia's horsie." After the requisite 1 minute in time out she gave Mimi a hug then mounted horsie by herself. I about died laughing. Justin was on the phone with me at the time so he heard most of it blow by blow. What a funny little critter.

VIDEO:Click here for video with the horsie, playing "head, shoulders, knees, and toes", and saying elevator.