Christmas Eve with the Lances 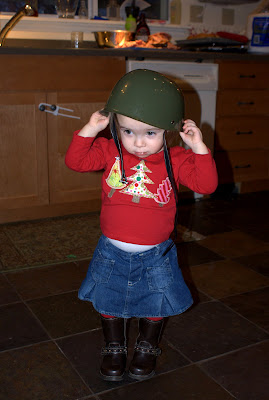 A salute to our Military soldiers! We love you Dad, John, Joe, and Jeff!! 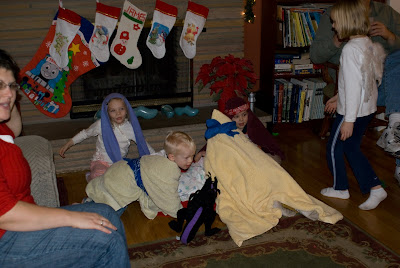 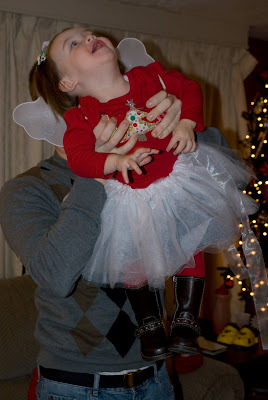 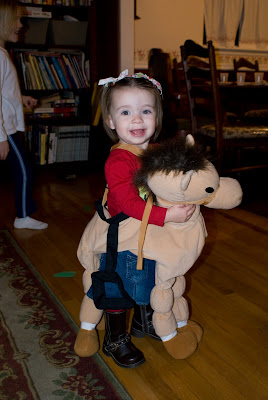 James and Miekka invited us to join them for a yummy ham dinner at their home. Marisse, Aaron, Hannah, Maggie, Sofie, Caleb, and Katrina were there, and Miek's two brothers joined in the fun. On our side Jana, Joe, and De-bo joined the party. James made a succulent ham (it was really good) and Miekka made all the fixings. She stayed up until 4 am making baklava and pecan sandies. Brave lady...or dumb. Amelia found a toy pony that she pranced about in neighing like a horse. We produced a little Christmas Story production. Lia as Baby Jesus and the rest of the kids playing shephards, wise men, Joseph, Mary, and the Angel(s). We stayed until after everyone left. The boys talked guns and I held Lia!

The nelves arrived and left Seth and Jacob jammies and candy! It was a burst of excitement! I wonder if the boys are asleep!! John called as we were leaving so stayed a couple minutes to say hello. Barely a block away Amelia started crying her pain cry...so we stopped and I performed a diaper change on the side of the icy road (still in the neighborhood) in 5 seconds flat. Once hooked up to Justin's iPod watching Sesame Street she calmed down. I am fast!!!

My girls enjoyed these pictures of your daughter.