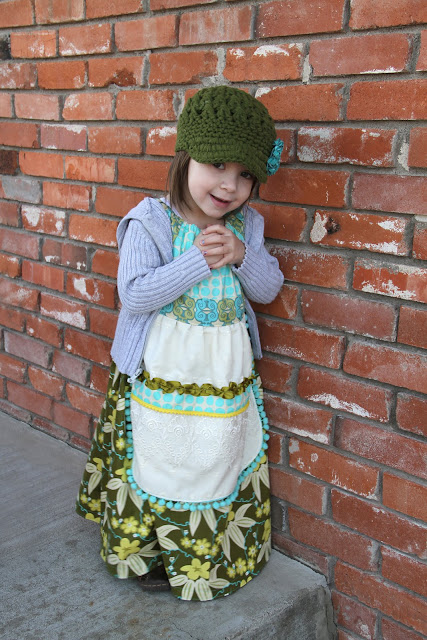 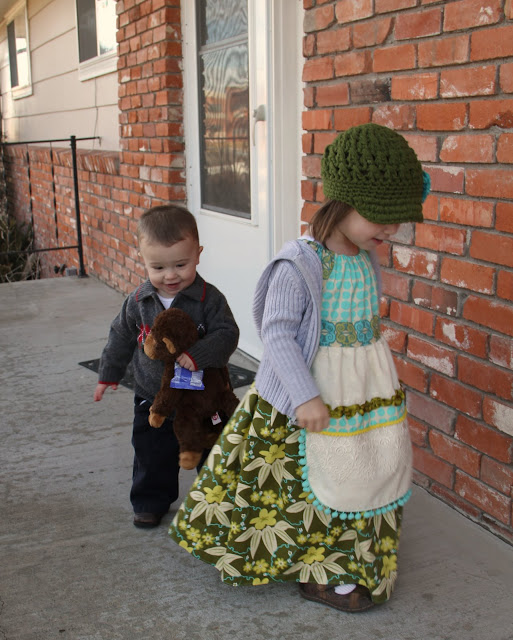 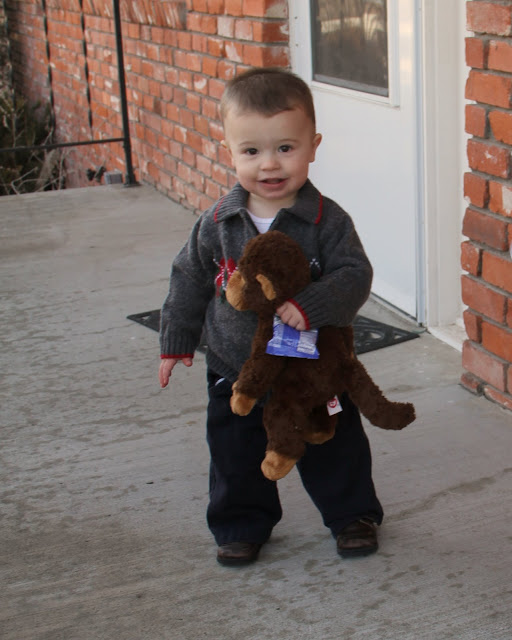 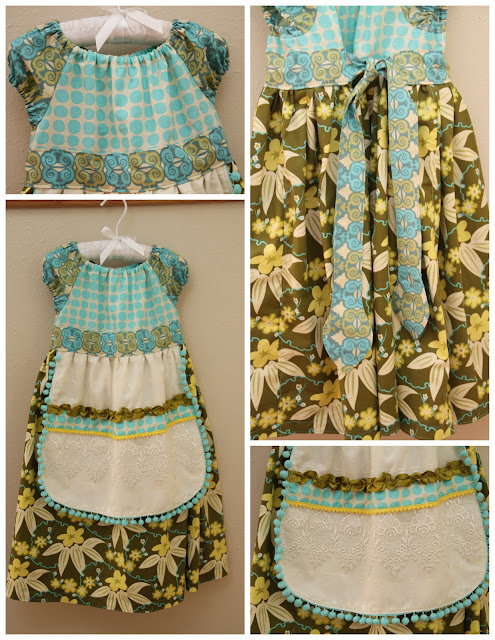 Dang! We have some cute kiddos! Got some photos of Mia in her new dress and Phillip toting around his new little buddy, named "ooo, ooo, ahhh, ahhh." The dress is a little big on purpose. She can wear this one for a long while. I even have enough fabric to extend the length a couple inches if needed. Drool...the fabric is so...me! Green, teal, and yellow.

Early yesterday morning the Primary hosted a Pajama breakfast. The teachers were to bring a pillowcase with 10 items representing what he/she is like. We first served pancakes, sausages, and juice. Then we played some games. One teacher is a cowboy so he brought a horse as one of his items. The kids were estatic to pet the horse. Our little activity was short and sweet!

Yesterday Amelia was singing "Angels we Have Heard on High." She only sings the "Gloria" part...instead of in "Excelsis Deo", she sang "In a Selfish Stable." I guess the two phrases sound similar! Funny goose.

In church Phillip walked up to brother Webb, who was studiously trying to sleep, and peered into his face then climbed into his lap. Later he brought Brother Webb his favorite church book for continuing entertainment. Course, his monkey was in one arm and the book in the other. Sister Franken called me early this morning to tell me I was solo for Primary today, no other presidency, no pianist, and a skeleton staff of teachers. It was almost crazy! We survived with volunteers and a church video for Sharing Time. My other counselor showed up sick to help out in spite of feeling poorly. I was so grateful!