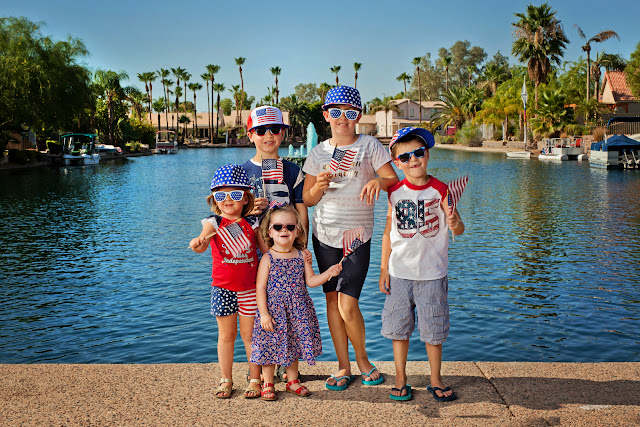 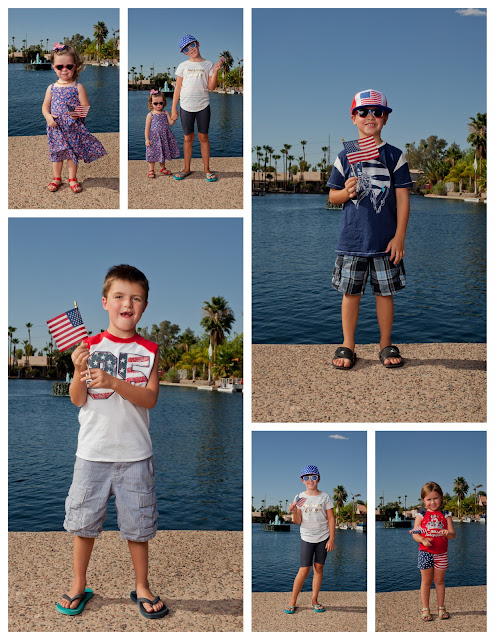 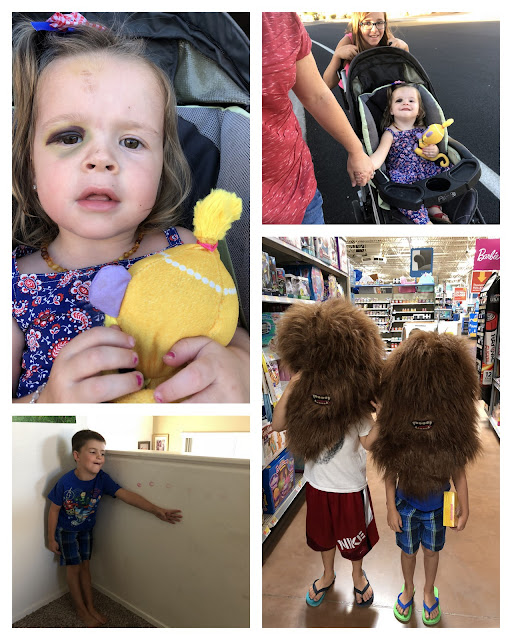 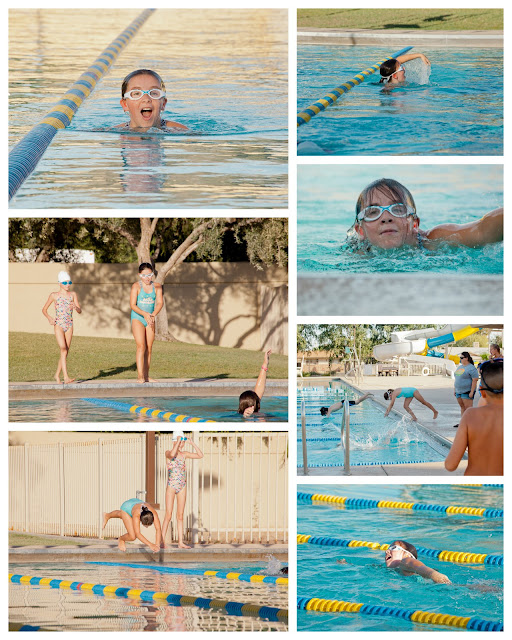 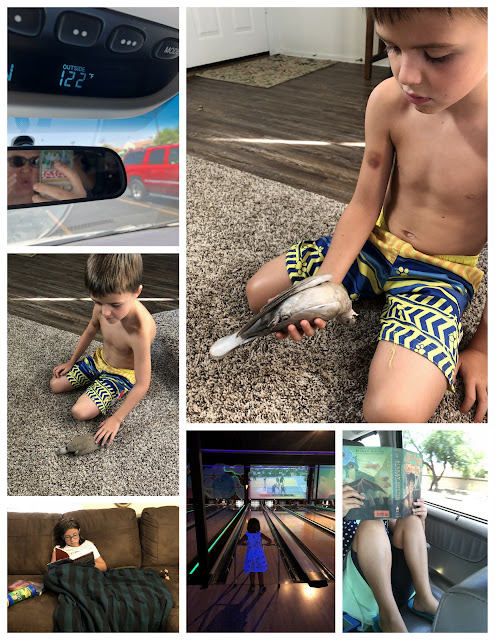 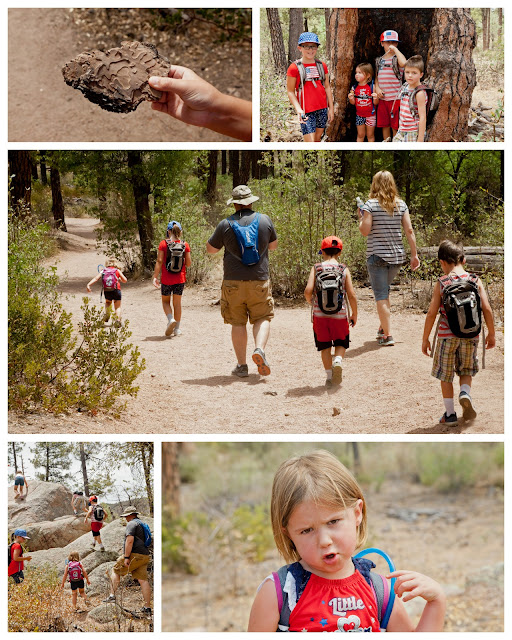 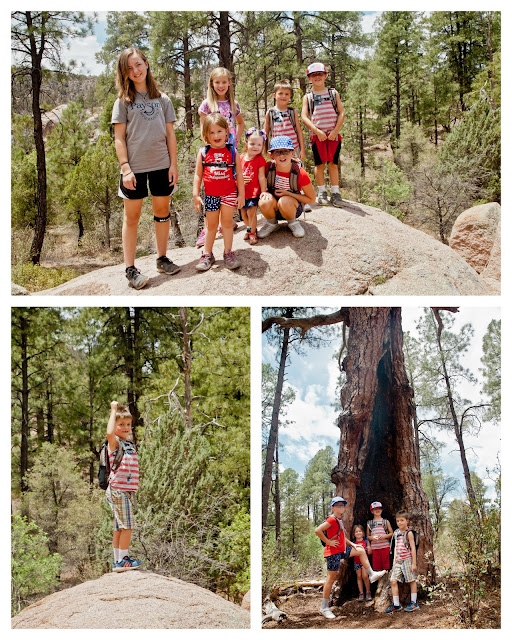 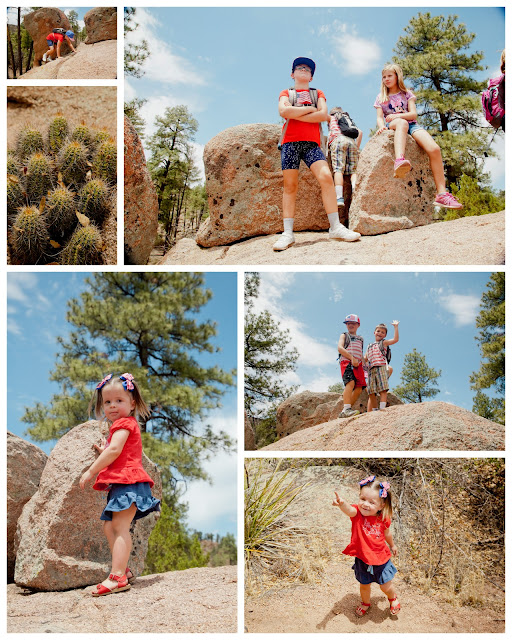 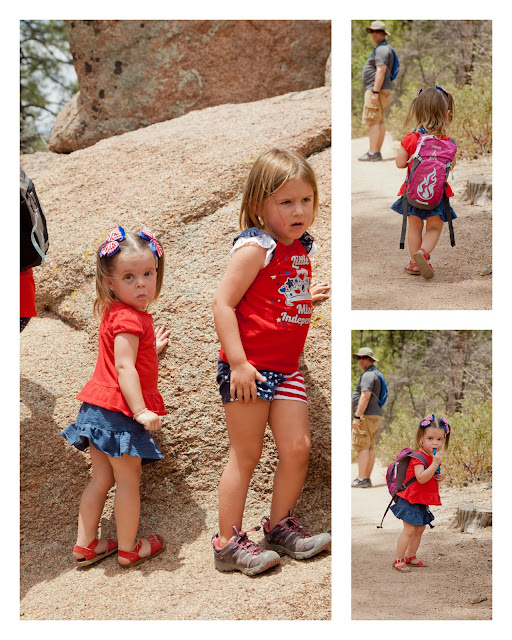 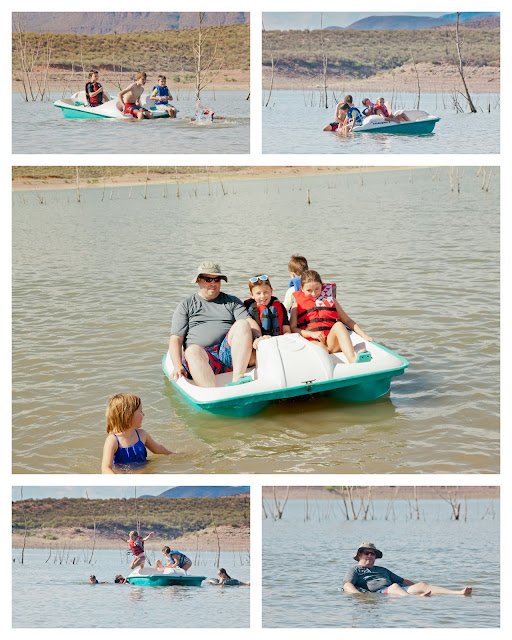 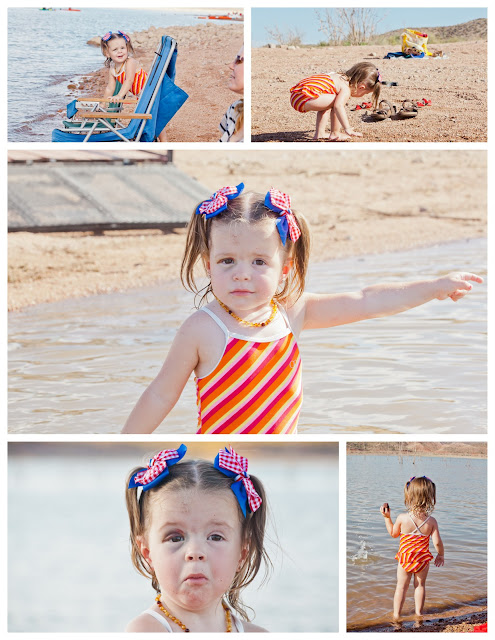 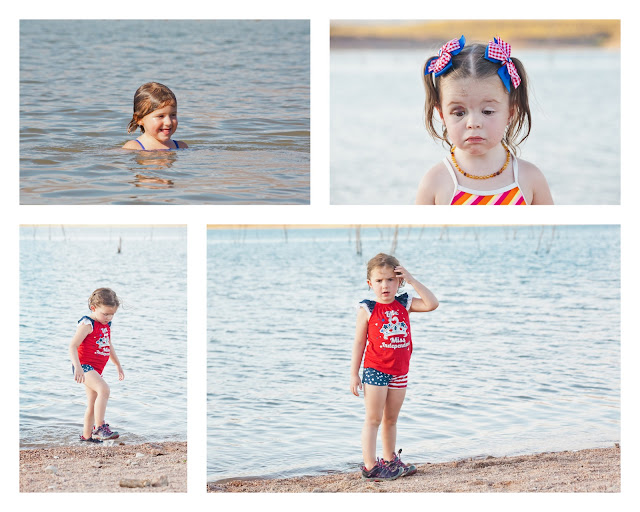 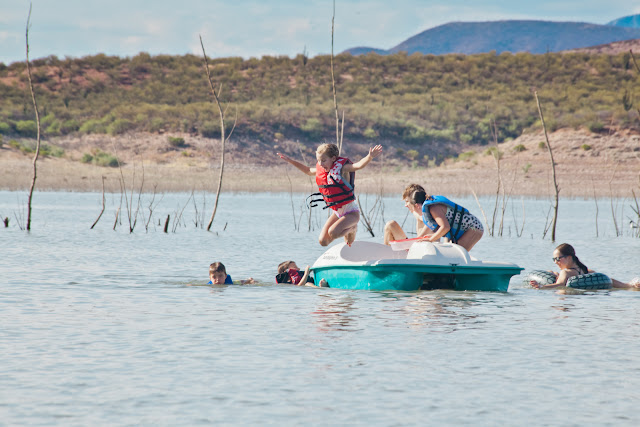 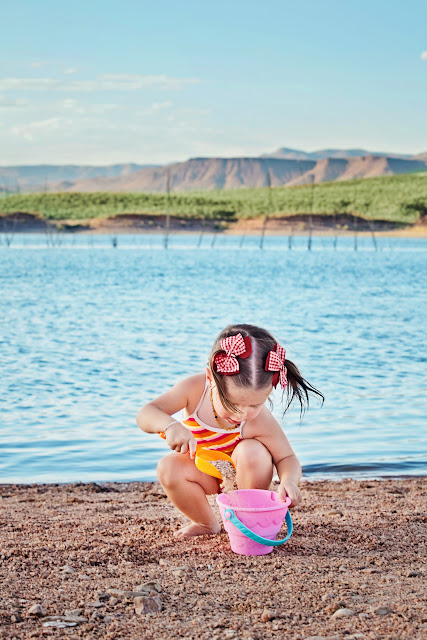 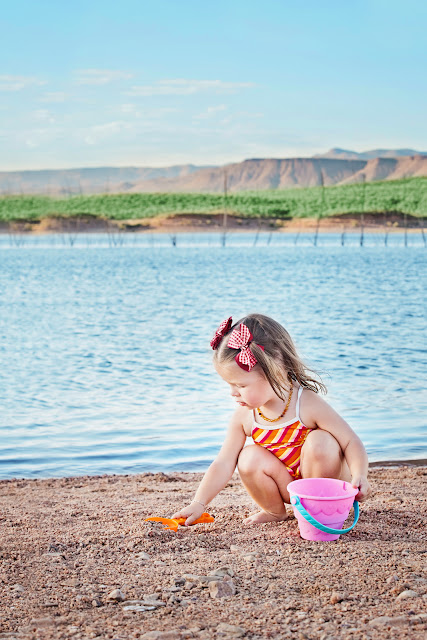 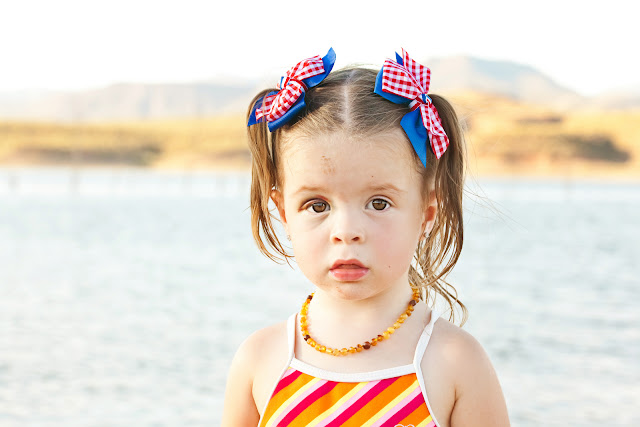 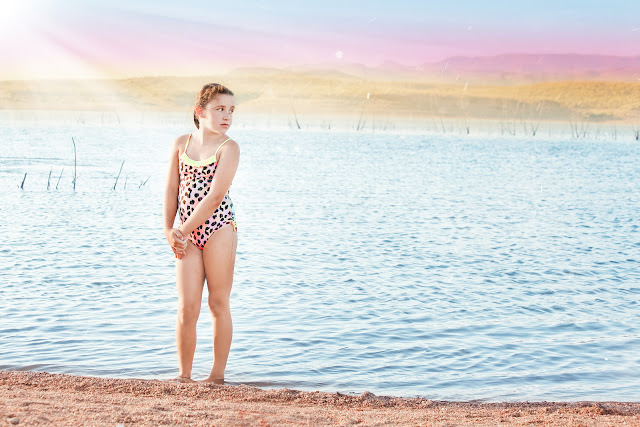 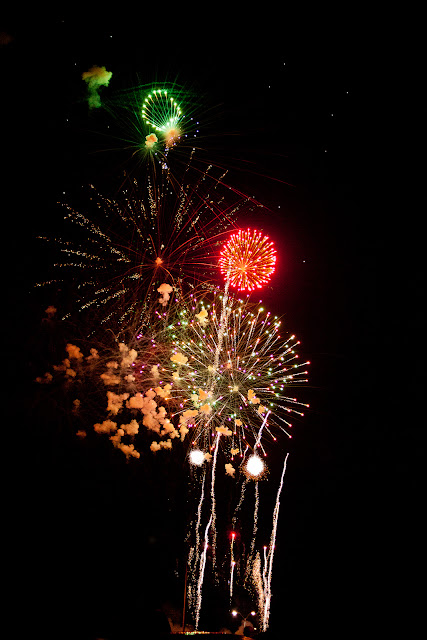 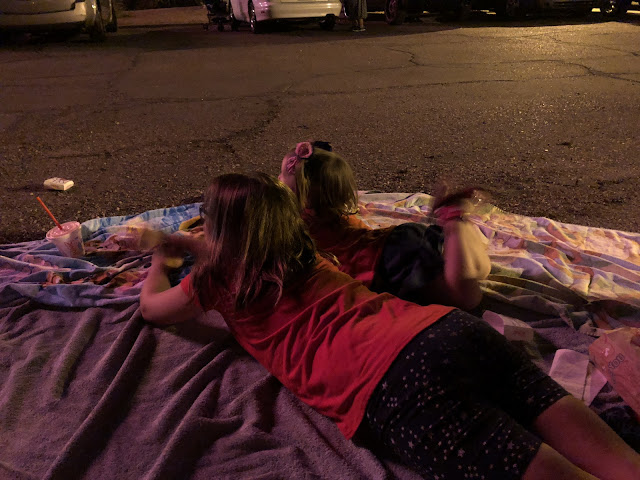 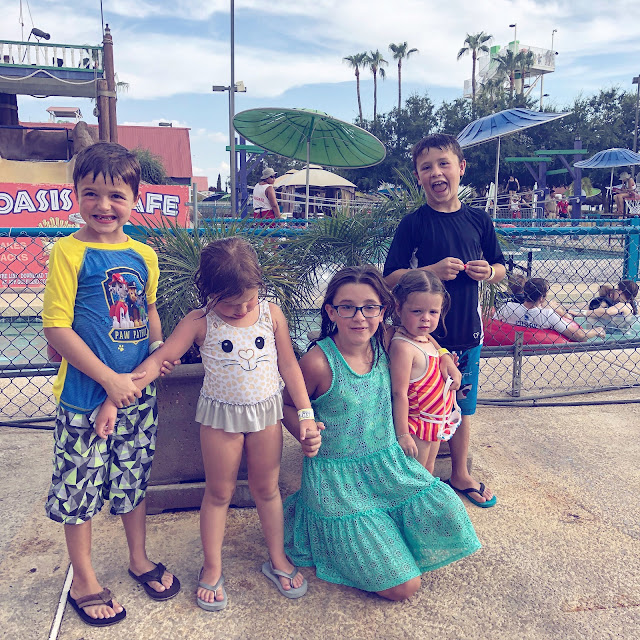 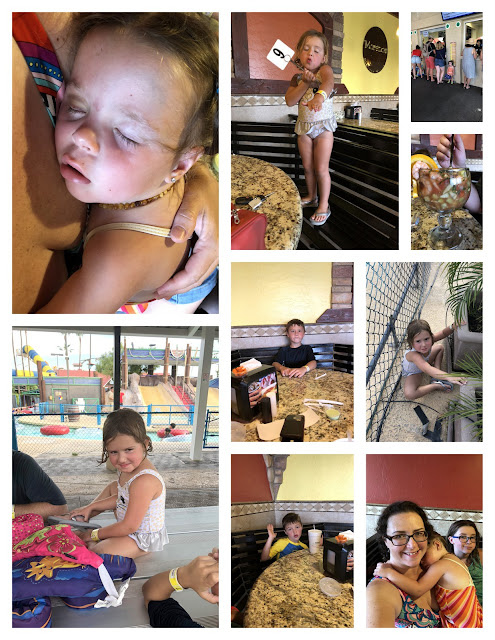 The heat switch was flipped to blasting this week. Not only was it hot but the humidity kicked in. In Nebraska our eyeballs would freeze, here when you walk outside right now your eyeballs will burn. I am not kidding, all the kids were complaining about their eyes hurting/burning on our Sunday walk this week. One day the temperature gauge in the van read 122 in the sitting heat. Phew, it was only morning. We stayed inside most of the time, sneaking out to jump in the pool which did not really help since the water temperature was 95.

Everett earned the "make your mother laugh" award this week. I came downstairs one morning to hear Everett crooning over something. He was petting a dead dove that I'm guess the dog brought in. Once he noticed me Everett said, "Mom! Look this nice bird is letting me pet it! Oooooo, it's so soft. Look! I can even pick it up and it's neck flops around!" He truly had no idea the bird was dead. We talked about how the bird was no longer alive and that's the reason it was not moving. Everett responded by picking the bird up and letting me know that dead birds don't freak him out. Oh my gracious...I went back to my room and enjoyed a loud, raucous laugh.

I finally had the chance to watch Amelia during swim team practice. The team started out stretching then doing laps by stroke. The instructors had those kids running, doing jumping jacks, lunges, and laps. The funniest race was when groups of 3 kids raced, the front kid as the arms, a middle kid as the middle, and the last kid as the legs. They had to work awkwardly together to make it to the other side of the pool. She is doing much better than she reported to me, I'd say her skill set is near the middle! Almost every photo I took captured her gaping mouth sucking in air! The kids got to play at the end of practice on the water slides and enjoy a Popsicle. I picked up Patriotic hats and sunglasses at Target's dollar bins. The kids let me practice using my studio lights outside for some 4th of July photos. I am amazed at how crisp and vivid the photos are using my lights outside. The wind kept tipping over my umbrella so Amelia had to prop it up with her body. I love how the sky pops as well.

Our 4th of July was quite relaxing. I made a cold broccoli salad and a crock pot of baked beans the night before. We left relatively early on Wednesday to drive up to Payson where my cousin Amber Mcentire lives. Justin stopped at Safeway where I bought some ice and soda for the cooler. In my hurry I left my dang wallet in the shopping cart again. Doh! I am sure my luck will run out one of these days and the dang item will get stolen. The store found it first and kept it safe until I realized the next day it was gone and retraced my steps. Payson was a good 15 degrees cooler than Gilbert. We all went on a hike with Amber, Megan, and Amy on a trail that included lots of huge boulders for the kids to climb on. The hike did not last long, we got too hot after just 15 minutes. The kids had such a fun time climbing the boulders, even Josie got into the action. Amber showed us a partially split and burned tree the kids could fit inside. We headed back to the Mcentire home for lunch of baked chicken, beans, broccoli salad, chips, and watermelon. Yum! Amy let the little girls play with her pet shop toys, much to their delight. We rested and play a bit until 2:30 or 3 pm. We all headed to Tonto basin, specifically Roosevelt lake for the rest of the afternoon to swim and relax. Mike loaded up their pedal boat and life jackets. All the kids loaded into the boat or on floaties and drifted off a ways off the shore to do what kids to best. Brandon caught a crayfish and made it really mad...then let it go. That mean old crabfish snapped my butt not once but twice. The first time I was crouched down in the water taking photos of Josie playing on the shore, suddenly that cur snipped me right on my privates. Yeouch! I jumped clear out of the water and sprinted to shore. Twenty minutes later Josie wanted to get wet so I helped her in choosing a spot quite a ways from the previous attack, little bugger found me again crouched and snipped me in nearly the same spot. Ornery little bugger! I stayed out of the water after that, flinching each time a pebble rubbed my toe. Evelyn saw me jump the second time, she refused to get back in the water for quite some time. Guess those crabs only like squatting, stationary, white bums! Easy targets. Phillip and Brandon headed out to almost the middle of the lake for a time. The girls were intent on swimming all the way out there to catch up. We roasted in the sun in between necessary dips to cool off. I am so happy that Amelia and Amy play well together. Cousins are the best. We parted ways around 6:30, us heading back to Gilbert and the Mcentire's to Payson. We headed to Mesa, hoping to catch the city firework show. Everett had to go pee on the way home. He lost the pee bottle lid. Then he was not paying attention and sprayed urine all over Amelia's arm, book, clothes, and seat. The kid had no idea why Amelia suddenly turned witch on him, yelling and screaming. Justin quickly pulled over so I could help defuse the situation. We still have not located the pee bottle lid. We grabbed some dinner before the show. The restaurant bathroom was out of order, the girls and I had to walk to the closest gas station for facilities. Outside was roasting hot. Justin found a spot to view the show from a random parking lot. I spread out towels on the asphalt so we could watch outside the van. The heat quickly burned any exposed skin through the towels. The boys all holed up in the stuffy van, with the girls on the burning towels. Not sure who had the better spot. Josie was quite enamored with the fireworks. Evelyn was quite proud that she did not get scared this year and did not need boom protectors. We needed some patriotic music to serenade the show!

I took the kids for a game of bowling and mini golf at Fat Cats for our fun outing this week. Turns out bowling is not so fun. The kids lost interest after the first 3 frames. I had the computer put of rails for all the kids and let them use the ramp for extra fun. I bowled an especially good game with those rails up! Mini golf was much more amusing. I followed Josie around giggling over her funny expressions while she tried to hit her ball around. Amelia stayed glued to the couch this week completely engaged in the Harry Potter series. She finished the first 5 books in less than 6 days! Seems like each time I catch a glimpse of her all I can see is the book and her legs. Evelyn left lipstick impressions on the wall! Once asked about her lips on the walls she let me know that the lips were to tell the house how glad she was to be home after the beach. Well, then! Don't me stop you.

Justin finally watched Greatest Showman. I loved watching the extras, especially the making of the soundtrack. I adore the song, "This is Me!"

I roped Justin into going with us to Sunsplash on Saturday. This was one pogo pass location I could manage on my own. We picked a nasty, hot day to go! The high was 112 with 26% humidity. We rented a small locked to keep our electronics and such safe, but kept the swim bag out. Justin headed off to explore the water slides with the older kids. Evelyn, Josie and I checked out the kid area. Evelyn loved the smaller water slides! She was happy to swim without her floaties. Josie was especially upset that I would not let her take off her floaties. She hates them with a passion. Both girls enjoyed the wave pool! Justin said they could not ride some of the slides because the stairs were too hot and only swim shoes were allowed. They rode what was allowed. The water in the shallowest pool was so hot. It felt like a hot tub! Only the splash pad offered water cool enough to bring down our heat register. Phew. The kids started to melt down around 3 so we fed them hot water...just kidding, Justin got hot french fries and cold drinks. We all perked up a bit after a treat. All the kids rebelled when we announced it was time to leave at 6 pm. Amelia really wanted to come back and swim until 10 pm. After eating some dinner at our new favorite Mexican restaurant all the kids decided they were too tired. Justin said the shrimp ceviche was amazing! Josie fell asleep in the van between the water park and dinner. She stayed asleep on my shoulder much to my delight.