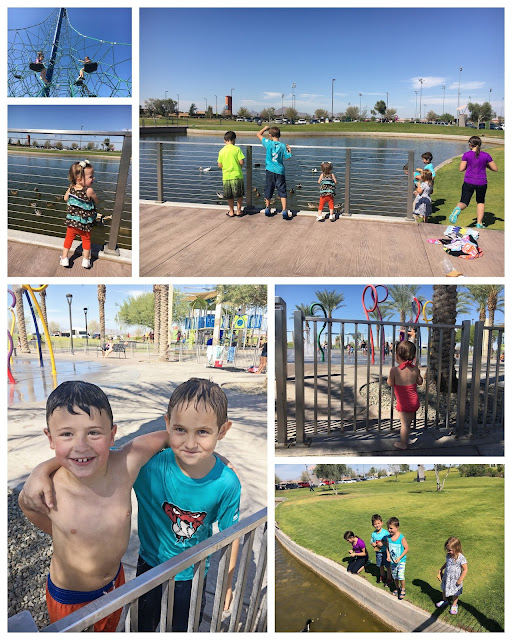 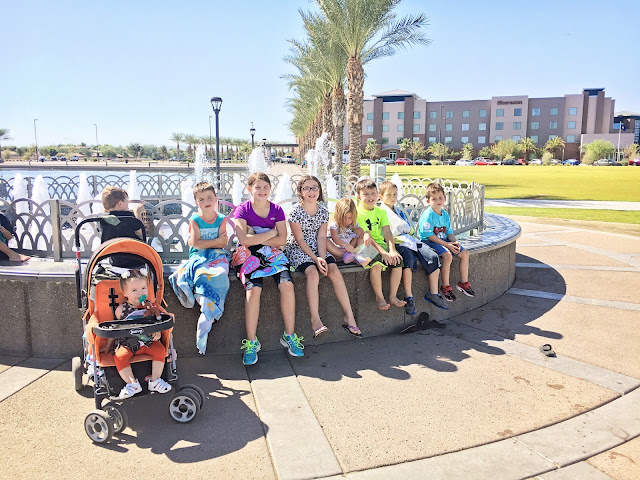 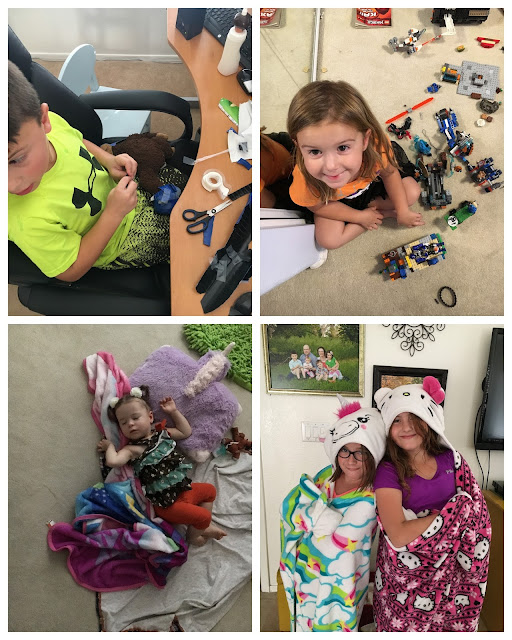 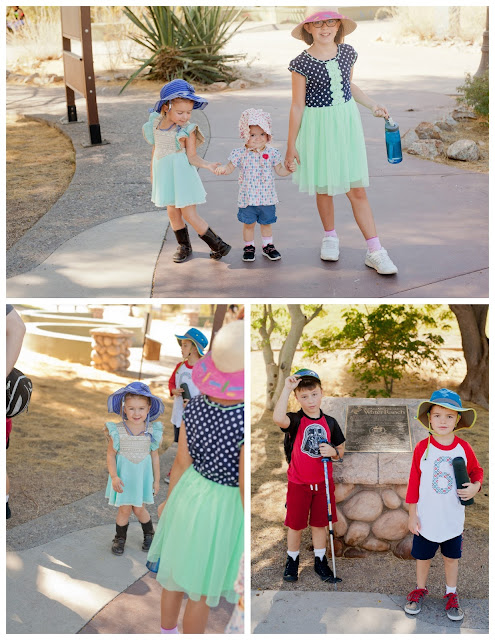 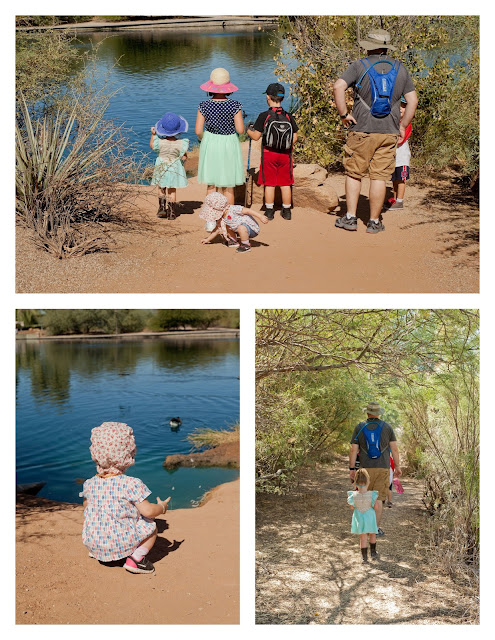 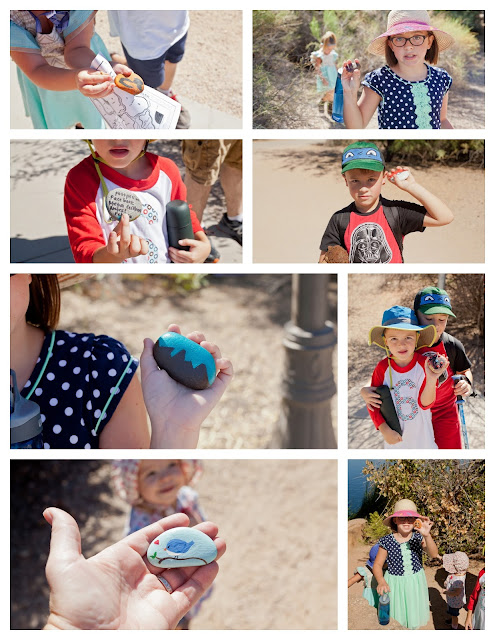 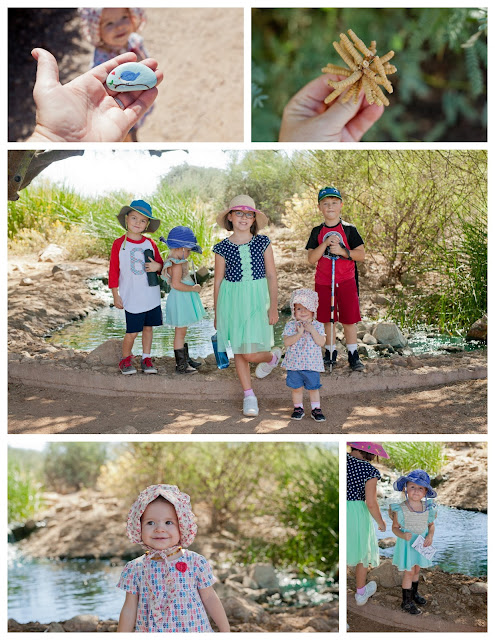 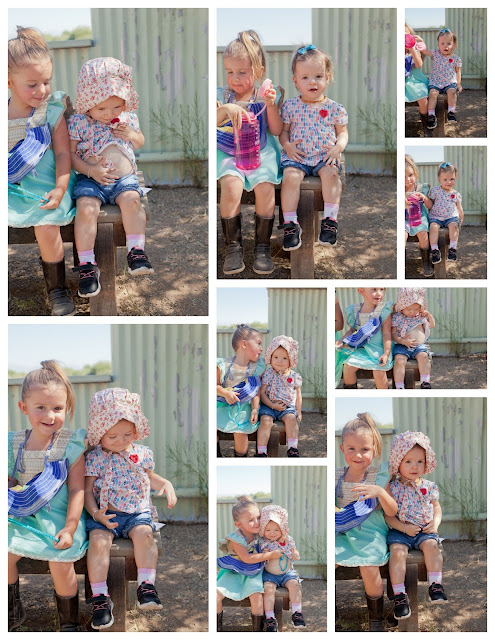 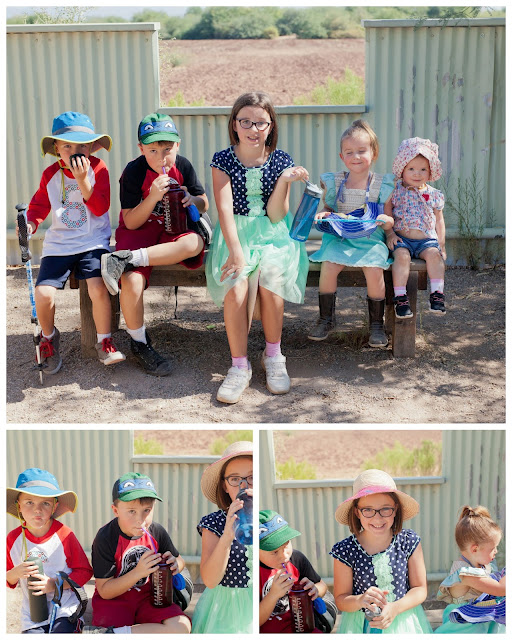 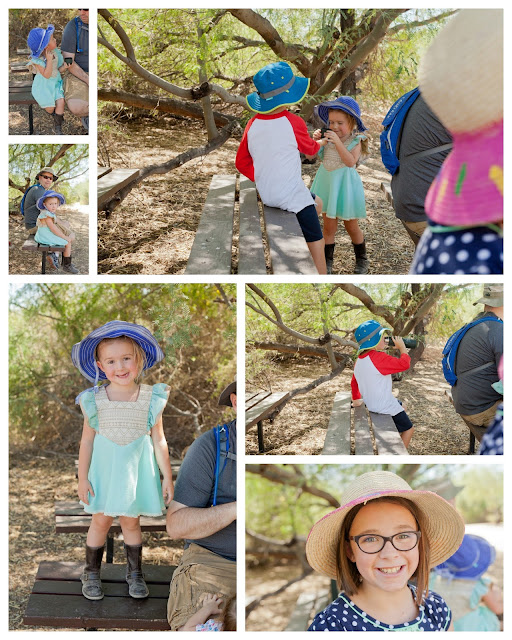 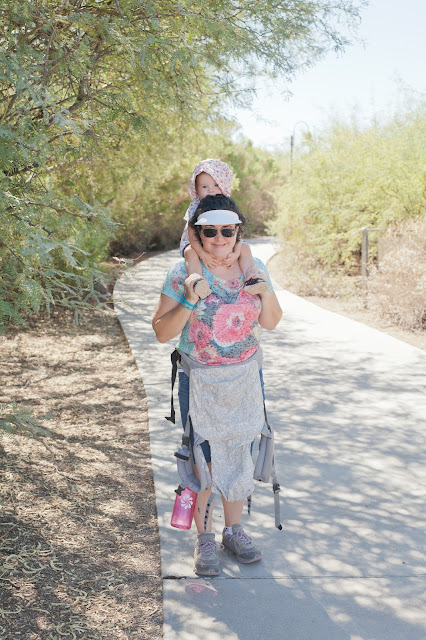 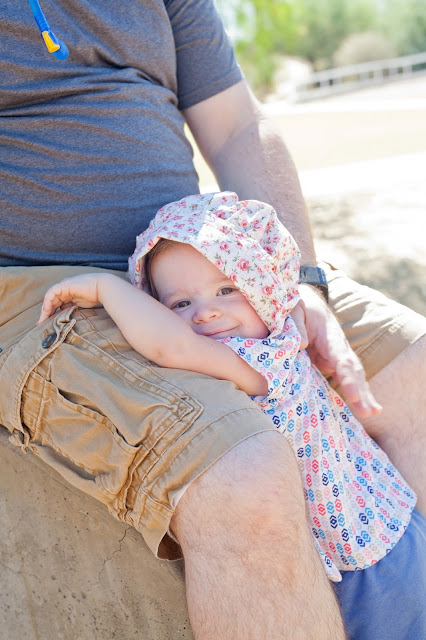 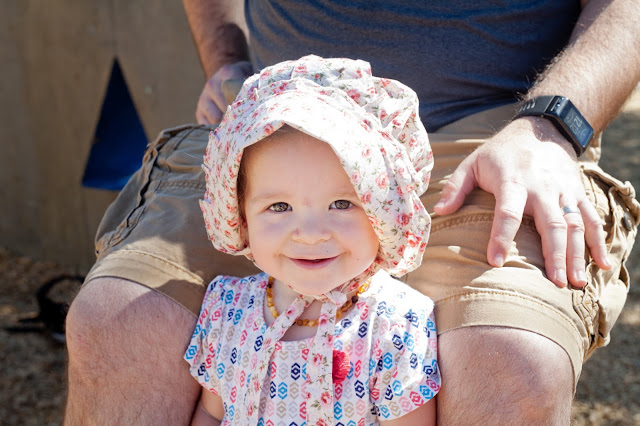 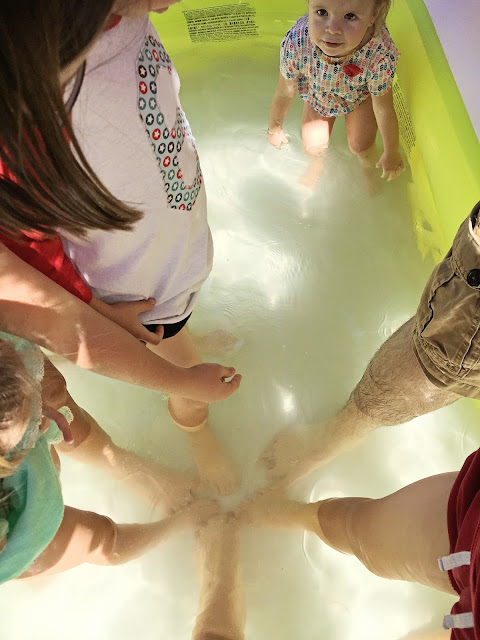 We had a great time last week taking a break from school and exploring our new city a bit. Monday morning I hired a teenager to help me empty the food storage closet and reorganize it. My buckets with the gamma lids were mixed in with the sealed buckets. The task was overwhelming on its own and Justin was not keen to help. Brekken and I had the closet cleared out in 15 minutes. He helped me group the buckets according to contents. We stuffed smaller items between the buckets and ended up with more room in the closet for other stuff. I am still missing my gamma bucket with white flour and rice. Not sure how those buckets managed to disappear. After the closet was restored the kids and I went to Winco (as mentioned in the previous post). I got 4 new buckets and 4 gamma lids to replace the ones I lost. Evelyn went shopping wearing a princess dress and her favorite pink soccer shoes! I love the soccer shoe addiction she has, those shoes are her favorite!

Tuesday we cleaned up a bit, like putting laundry away. I hired our neighbor to babysit Josie so the kids and I could watch a movie at the dollar theater. I am so glad Josie was not around, it was crazy busy. I bought tickets online, thinking that would save time. We arrived 20 minutes early, we did not get into seats until 20 minutes after the movie started. We still had to wait in line for tickets, wait for seats, then discovered the seats were spread all around the theater. Amelia sat in a seat near the back, Everett was somewhere in the middle, Phillip and Evelyn chose to sit on the floor by me. Not sure the $1 theater movie day was worth the $1 savings. Next time we might just go to $2 Wednesday. LOL. We saw the Emoji movie. I tried to have Josie asleep before the babysitter (Hannah) came over. Evelyn busted into the nursery just as Jojo was drifting off. She was not happy about me leaving her. Hannah said she put on an Elmo movie and laid Josie on the couch. Guess Josie was tired, she fell right to sleep and stayed on the couch until we got home!

Josie is being a stinker about sleep for the moment. I hate leaving the kids because it disrupts their sleep patterns. Since my overnighter Josie is refusing to sleep on her own. I have to hold her until she drifts off then hope she does not wake up when placed in her crib. At night she just cries and cries. I spent quite a few nights on the floor and a couple naps on the floor. She is crabby from lack of sleeping! Looks like her eye teeth are also moving so that could be a huge factor. I'm grateful for the days of swimming since Josie's amber teething necklace was in the swim bag. I was going crazy trying to find it.

Wednesday we met up with Laura, Anna, Anson, and Gary at Riverside park for a couple hours. The kids immediately were too hot to play so ran through the splash pad area. Evelyn was starving so we laid out our picnics right after 11 am. I love watching the boys play together, it is wonderful to have instant cousin friends nearby. Laura and I got to visit while we watched the kids play here and there. As a parting activity we fed the ducks some stale bread from our cupboard. Everett was trying some ninja-tastic move spinning some bread into the pond, he spun off the concrete walkway into the duck pond. He was quite stunned as he landed on some large rocks, the ducks were quite displeased with the intrusion. Evelyn was almost in tears she was so worried about Evertt. I'm glad the water was not deep like the goose pit in Sidney, that pond is an instant 4 ft drop into the water. Not 3 minutes after Everett dipped into the pond, Anson slipped off the ledge into the pond as well. We fished him out only to send him back in when Josie's sandal flopped into the water. I think Anson had a rather sheepish look on his face, not sure his dip was quite accidental. After three incidents with the duck pond we took our chances and walked away! Laura and I exchanged some kids for the afternoon. I took home Anson and Anna, Laura took Everett home with her. We spent a nice afternoon quietly playing. Phillip and Anson mostly played Legos, then they tried to make Cager some armor out of a lays can. The girls quite amused themselves with the wading pool and making clay charms. A slue of slurpees rounded out the day.

Thursday morning we spent at the library stocking up on books and movies for the week. Amelia checked out books other than the Pegasus series she is currently obsessed with. I think she's read each Pegasus book 2-3 times now. After the library we checked out Once Upon a Child for a Power Ranger costume for Everett. Phillip wants to be Luke Skywalker, Everett a Power Ranger, Amelia is going as a unicorn, Evelyn as a princess, and Josie as an owl and Snow White. Phillip and I raided Goodwill for a karate top and canvas belt. He just needs some boots. Amelia's costume mostly consists of rainbow colors and a horn.

Friday we rather had a boring day. In the afternoon we went swimming at the Price's again. I was a bit embarrassed to arrive and find her family arriving for the weekend. Her son just returned from his mission in Japan. I felt strange intruding, Sister Price was quite fine with us swimming, no one else joined in the fun. The only real intrusion was two potty runs by Everett and Evelyn. The kids also got some craft kits to work on for the afternoon. They painted some statues and played with a fun stamp set I found in the discount pile.

Saturday morning we cleaned up the house. Uncle Shawn and his Fiancee, Sandi, were in town for a wedding. They planned on coming by in the morning but that changed to the afternoon. We went hiking at Riparian Preserve, a beautiful place just two miles from our home. It is a famous bird reserve in the middle of Gilbert, built with reclaimed water from the sewage (cleaned beforehand). The kids noticed fun rocks hidden all over the trails, we took photos of the rocks, then re-hid the rocks nearby. It's a fun new game that seemed to crop up last year. Folks take ordinary rocks and decorate the rocks with paint, spangles, etc and hide them as a treasure to find. We found a total of 9 rocks, the smallest was a ladybug painted on a small rock chip! The favorite was a Pokemon rock. Our kids are really wimpy! They could not handle the heat and walking at the same time. Phillip is the absolute worst when it comes to complaining about any exertion above a slow walk. It was a bit warm (only 95) at the time. We pushed the kids on towards the goal, a little more than a mile loop! At the entrance is a fun area the kids can climb on and over. We got home in time to eat some lunch before Shawn arrived. While munching on food some of us soaked our feet in the cool pool water. That felt amazing. The kids were quite excited to meet my Uncle! We had a fun time visiting, as much as we could over the kids excitement. Sandi used to live in the same area, just a couple home divisions away in the same "oval" we live. That was pretty exciting. She was in the same ward as well.

The kids are doing lots of reading to keep up during their break. Phillip and Everett have to read two books before any electronic time. Mia reads enough on her own so the rule is relaxed for her. Lots and lots of reading going on around here. Even Josie has her favorite books she carried around like Elmo, Peppa, and Shine. Friday night Josie sat on the kitchen floor with a page of Shmmer and Shine stickers. She had them stuck on her arms and legs, saying over and over: Shine! Shine! She was quite amused with herself.

My main complaint lately is how the bathrooms smell. No matter how many times I clean the toilets, walls, floor, etc the area still smells like pee. It grosses me out. Phillip and Everett are the worst distracted pee-ers ever. I am to the point those two will lose the standing privilege. Get it together boys!