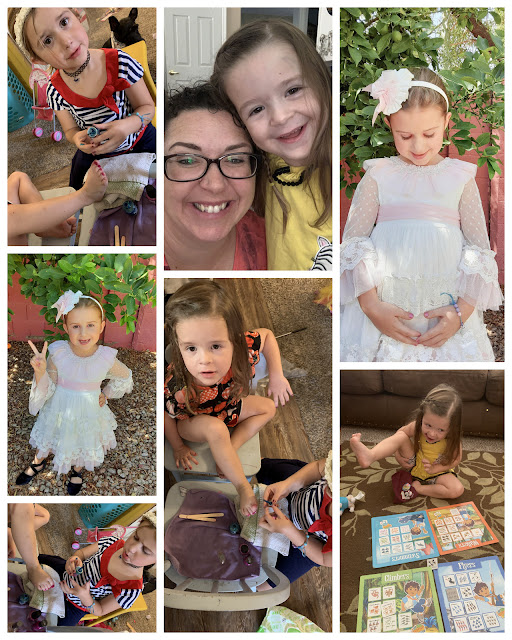 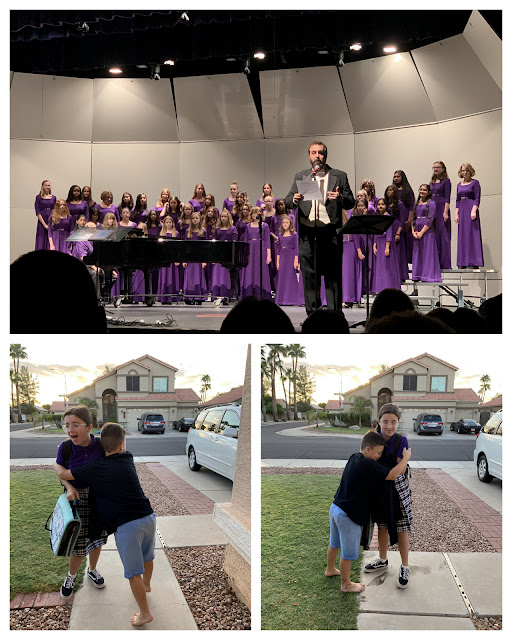 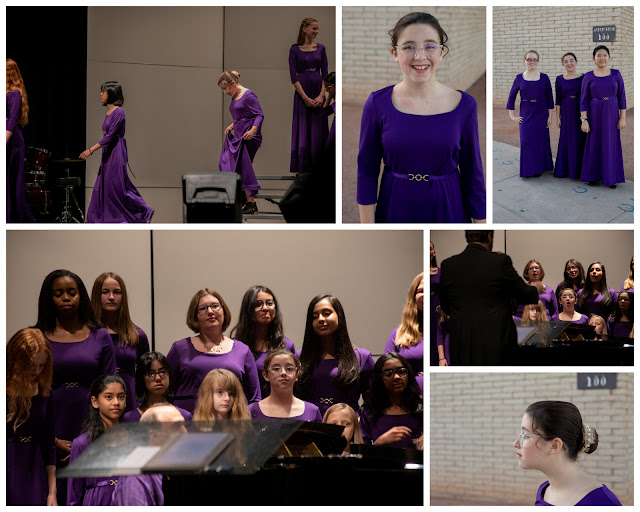 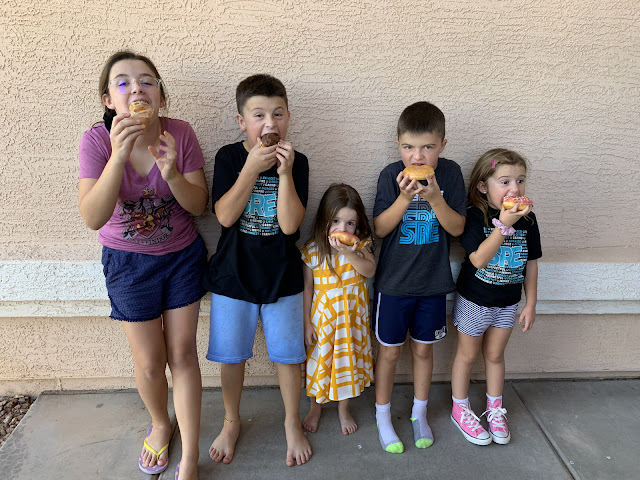 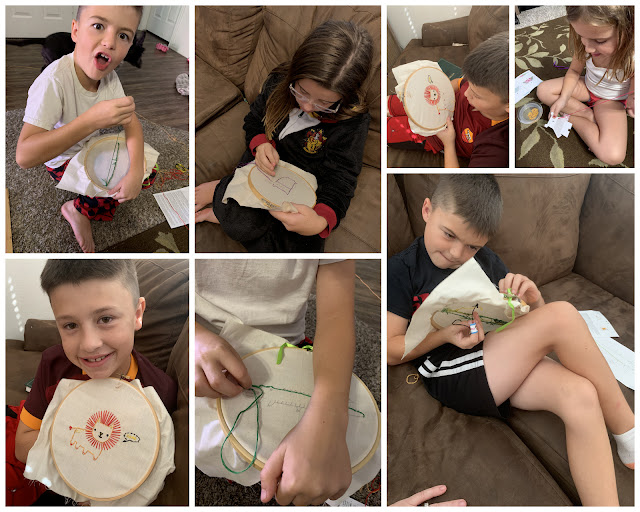 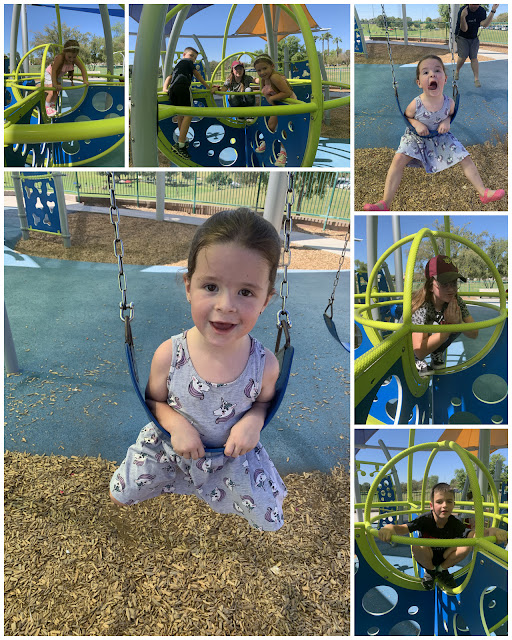 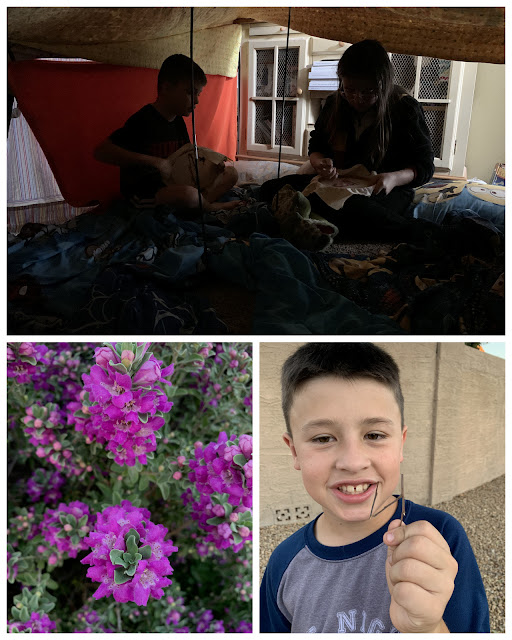 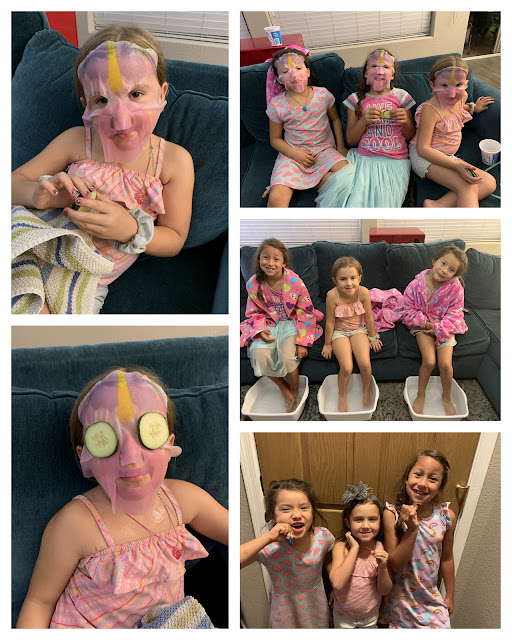 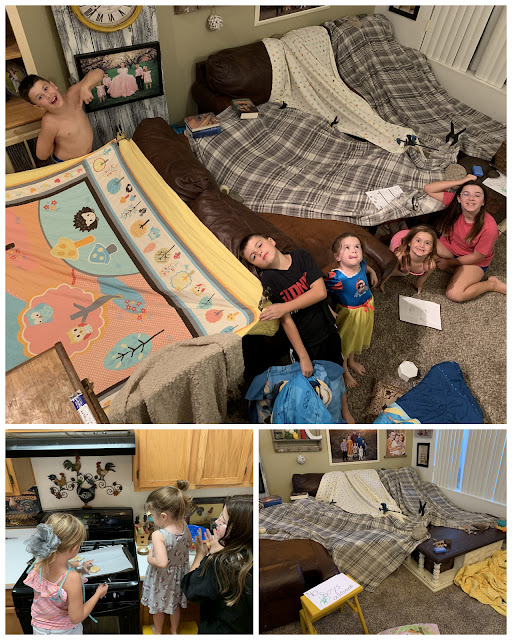 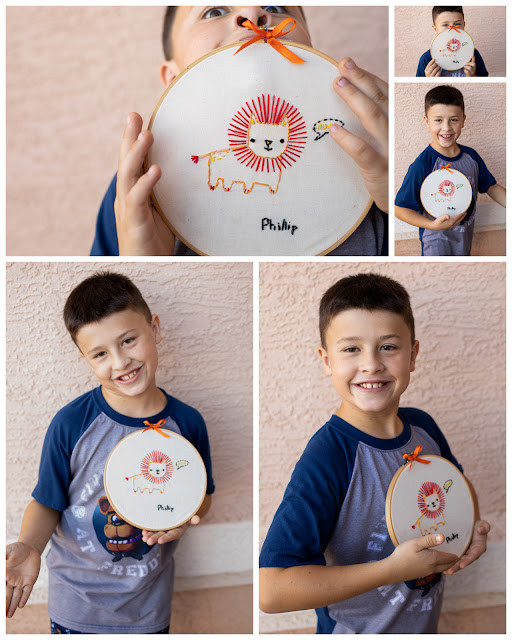 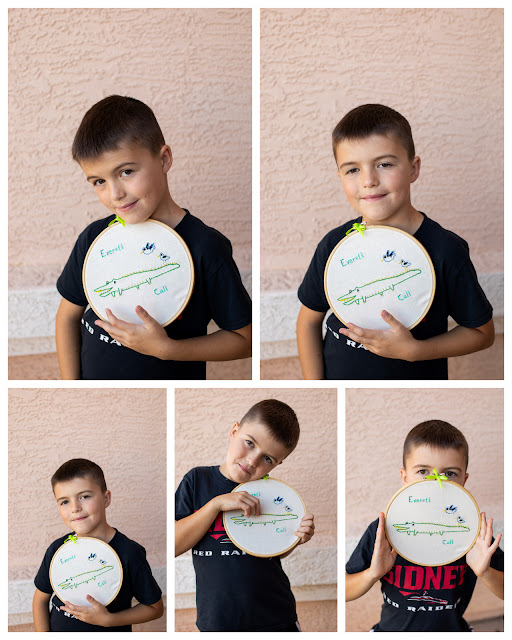 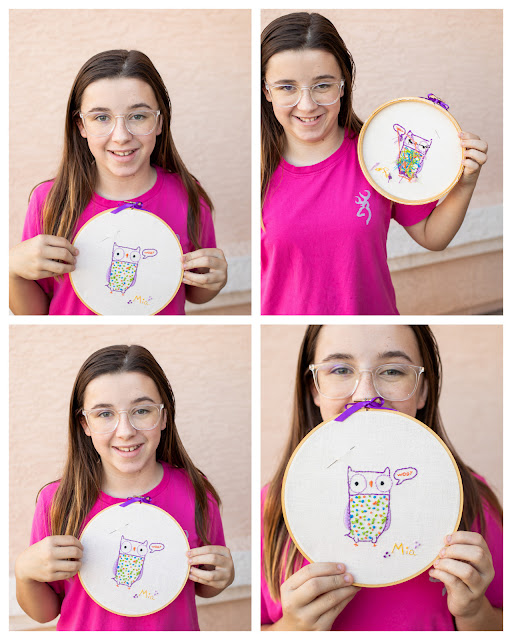 The feeling of urgency to do the work of the Lord is ramping up faster and faster as the days go by. Last Sunday we attended a special broadcast that presented the new child and youth program starting in January 2020. Thursday the newsroom announced that women can witness for baptisms and other priesthood ordinances! Come Follow Me is now aligned for the youth in their church meetings. Young Men presidencies were dissolved, giving the Bishop more direct stewardship over the priesthood. A ward youth council will replace BYC. The word mutual was retired in favor of youth activities. The YW have a new theme, the three classes and names were retired, classes will be organized by need and circumstance, and class presidencies are still vital and will be continued. In addition to the temples announced between April and Oct conferences the prophet announced 8 more temples! The total number of temples in Utah will be 23! The temple interview questions were adjusted, mostly verbiage changes. At the end of conference President Nelson announced that General Conference in April will be unlike any we've ever experienced. April 2020 will be a bicentennial celebration of the vision of Joseph Smith. President Nelson promised: "Select your own questions. Design your own plan. Immerse yourself in the glorious light of the Restoration. As you do, general conference next April will not only be memorable, it will be unforgettable." One General Authority said something along the lines of the time will rush faster onward and we need to get our homes in order for that time. Elder Oaks gave a landmark talk on LGBTQ, laying down it firmly that we are to love all people, yet follow the commandments God has given us. Here is the new theme:


I am a beloved daughter of Heavenly Parents, with a divine nature and eternal destiny.
As a disciple of Jesus Christ, I strive to become like Him. I seek and act upon personal revelation and minister to others in His holy name.
I will stand as a witness of God at all times and in all things and in all places.
As I strive to qualify for exaltation, I cherish the gift of repentance and seek to improve each day. With faith, I will strengthen my home and family, make and keep sacred covenants, and receive the ordinances and blessings of the holy temple.


This week our Personal Finance class focused on making daily goals (it's hard when you don't make daily goals). On Sunday the children and youth made several goals as part of the new program, written in cute little folios provided at the church. For FHE on Monday we had a lesson on goal making. I used to make goals often and fulfill them. Seems like in the past chaotic years, I forgot myself and the power of goal making. Yes, I still made the yearly goals and mental goals, but it seemed impossible to reach those goals. Writing simple daily goals again was a powerful reminder that I can get things done in spite of fatigue and terrible headaches. Everett was so cute this week. Tuesday morning he had an entire list of goals to reach before 7:30 am. He reported to me when each goal was reached! Everett loves goals and initiatives. The kids did well in their Primary Program. Ezra Smith had the congregation laughing each song, he was certainly exuberant in his yelling, errr, singing. This year the kids got to write their own parts. Here are the kid's speaking parts:


Phillip: In my family we turn our kitchen table into a "temple table," where we learn spiritual things about the gospel. Sometimes we fight and yell, other times we feel the spirit. My favorite part of Come Follow Me are the activities that help me learn about Christ. Once my mom gave me a piggy back ride to teach us about the Grace of God. My favorite parable is when Jesus casts out the devils into the pigs, the pigs fall into the sea.
Everett: My Grandma died around the time our family studied about the death and crucifixion of Jesus. I was glad to learn I can see my Grandma again because Jesus overcame death. I know Jesus is my Savior. My heart was touched when we watched a video showing Jesus visiting the Spirit World. I can imagine my Grandma there free of her aches and pains.
Evelyn: I'll have faith like brother Joseph and the strength of the pioneers. I'll be brave as a stripling warrior and like Nephi preserve. I will spread God's love to all I know and serve. I will plead with my father on my knees, I will be what I believe!

Wednesday evening Amelia and Chloe had their choir performance. Wednesday was crazy driving kids home from school, boys to and from scouts at different times, taking the girls early to the auditorium, dinner, then going back to the auditorium. I had quite the challenge hemming the girl's dresses, Chloe's had to be hemmed up 23 inches without any excess fabric cut off, it was quite the wavy hem. We happened to sit next to Mr Gibson's mother for the duration of the performance. Everett casually chatted to her until the concert started. Later Mrs Gibson whipped out paper, stickers, books, and such to keep the kids amused and quiet! That right there is a prepared Grandma! All the choir groups sounded amazing, the younger boys were at the bottom of the scale, but still impressive. I loved the Belle Chanteuses rendition of the Mermaid's Lament in 3-part harmony. Chloe's mom, Amanda asked if we wanted to go to McDonald's to celebrate. She treated us all to 3 large family meals. I was a little embarrassed my kids all ate a second full dinner at 9 pm, maybe they are really hobbits. Josie topped off the late night with a poopicent, she can't hold it in when playing in enclosed areas.

Mia had an all day choir event on Thursday, she was thrilled to wear leggings and her choir shirt. When I picked up Josie from the kid's area at the gym she had quite the story to tell: "Mom! I a King! My boy was a prince in the castle. Me: who was the Queen? Josie: Silence...oh Me! I the King and Queen!" She has quite the "joie de vivre" for someone her age. She loves to play board games with me, read books (her favorite this week is Monkey Drumming on Drums), and swinging for hours outside on the back porch. She spent a good hour outside Thursday morning playing with a shovel, pail, and little dump truck. I am still finding piles of rocks around the house. She sang Justin a very cute song with her own words and melody. Amelia played a cute game of hide-n-seek with Josie at the park. Those two totally egged each other on, Amelia completely oblivious to Josie's hiding spots.

Evelyn is progressing with reading skills lately. She can spell about 25 words on her own and read about 100 different words. She can read most of Go, Dog Go! on her own now. Her class earned a PJ day on Friday. They got to watch Journey to the Center of the Earth as part of their reward for emptying the bean jar and to finish the Earth unit. Evelyn pretended to be the core of the Earth at Freestone park, in a sphere play attraction. Soon we could hear sounds of the floor is lava being played. Evelyn might be a make-up artist in the making. She always has her stuff out, pink plastered on her face, and garish nails. She is used to removing her makeup before we leave the house (when I remember to remind her). She had pedicure stuff out this week, convinced Josie she needed pretty nails.

Ronald is coming over every day now like Chloe. I finally asked Amanda if she could just cancel the Boys and Girls club spot and just pay me, at least we could get some snack money to refill our coffers. Those kids eat a hefty amount of snacks and Ramen. We have an average of 7-10 kids in our house every day. The clutter by 8 pm is atrocious. We/I clean just to have the same stuff out by 4 pm the next day. Sister Johnson (RS President) came over this week. She said her biggest regret was spending too much time enforcing and cleaning her house when her kids were at home. Well, I don't have that problem. My house is not dirty, just kid cluttered, filled with shouts of joy one moment, whining the next, then crying, back to happy. I feel like we have two foster kids now! Chloe and Ronald are here from 3-8 most nights.

Friday at noon the kids started Fall break! Yipee! We have 6 days off of school plus two weekends! Doughnuts sounded like a perfect treat to kick off fall break. Justin and I made an escape for a date night on Friday. We drove out to Tempe for BonChon Korean chicken wings. You know it's authentic when most of the patrons are Korean. I adore chicken wings, always on the search for the Holy Grail of wings. I think we finally found the real deal. Holy heck! So divine, crunchy, spicy, juicy, and nothing but the chicken, completely unadulterated with dipping sauces. Justin went to a couple craft store with me to find embroidery kits for the kids to work on during conference. Found a few kits moments before JoAnn's closed, on clearance too.

Things usually work out differently in my mind than in reality. I imagined the kids quietly working on their embroidery while enjoying conference. Instead, chaos...each kid needing help to thread needles, separate threads, learn the stitches, and wait turns. I missed most of the Saturday Morning session. By the second session, the kids were consumed with their projects and quite enjoyed the challenge. All three older kids finished their projects by Sunday afternoon! Amelia and Evelyn made a blanket fort during the second Saturday session. The boys needed one as well, so I helped them make an awesome fort. The kids slept in their forts Saturday and Sunday! I made modifications to the girls tent that made it better than the boy's, that caused some murmuring. Everett created a mail system so they could pass notes without invading the other gender's tent. Signs floated about saying, "No, Girls Allowed; No Boys Allowed; Taking Private Time, Go Away; etc." My favorite were the tickets, the boys will allow the girls 4 minutes in their tent per week, the girls allow the boys 5 minutes per day. Little lopsided. Amelia made peanut butter cookies between sessions. She let Evelyn and Josie help shape and press the dough. Evelyn enjoyed a fun spa night with Miranda and Hayden. The girls missed her birthday party due to tummy flu, they hosted this fun night just for Evelyn. Looks like she had a really fun night. Amelia and I enjoyed Women's Conference, so many amazing talks. Amelia drew up a couple tacos just to tell me for the upteenth time that day she was craving Del Taco. We went after conference, guess who else was there? Justin, the boys and Josie! They were on their way out as we pulled up, we all went back in for some more playing. We all went to get ice cream at Handel's for another special treat. Yum.

Posted by Jenni Call at 12:00 AM 0 Stupendous Remarks