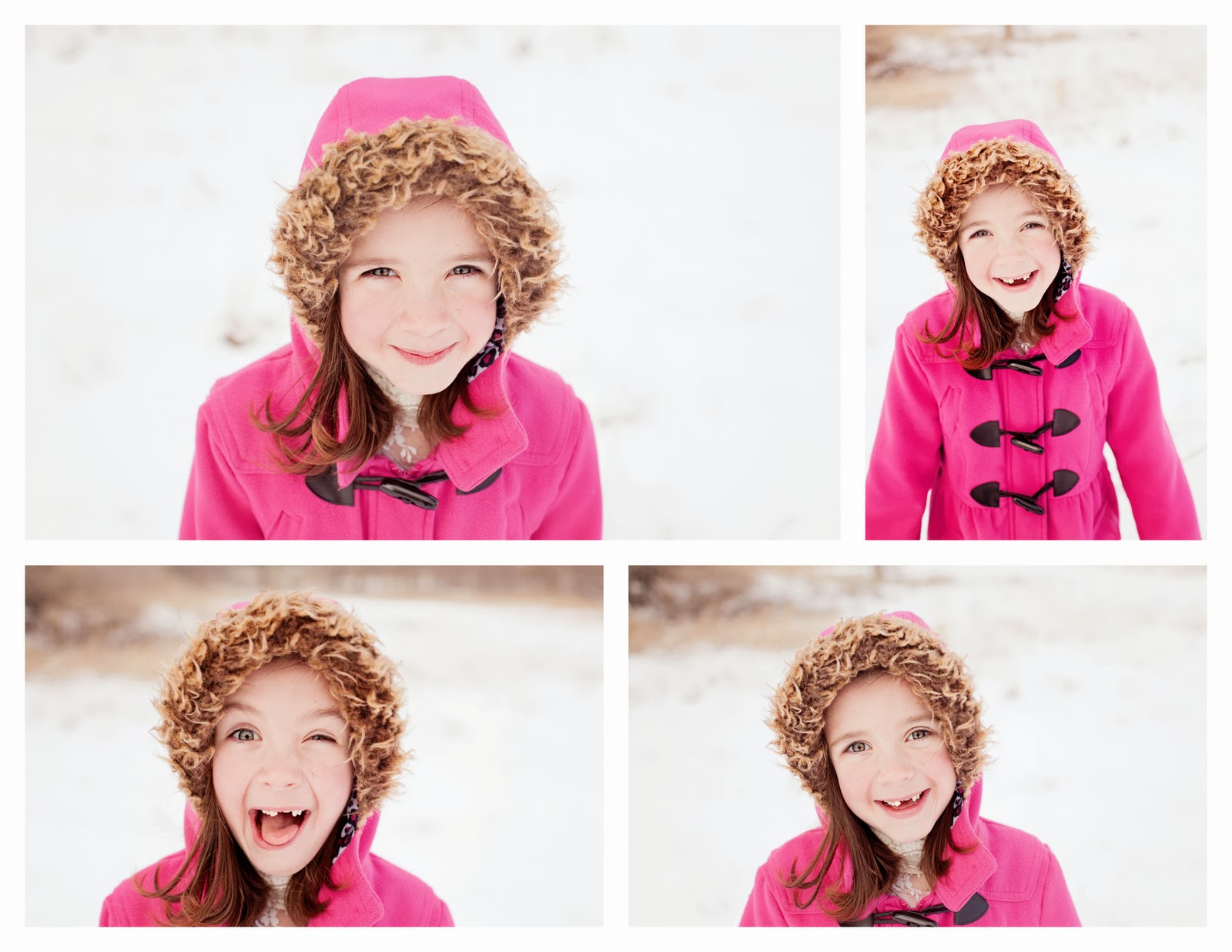 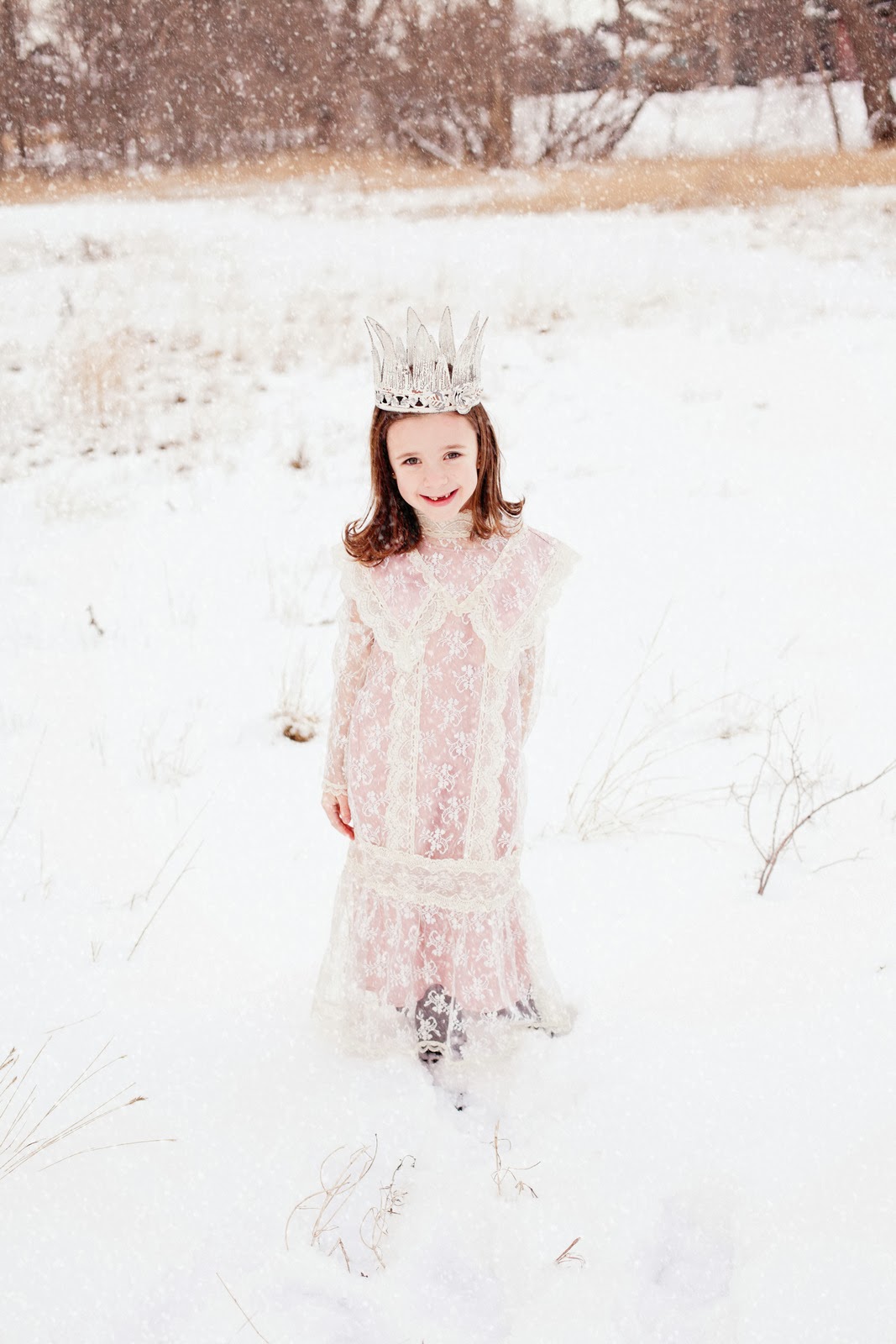 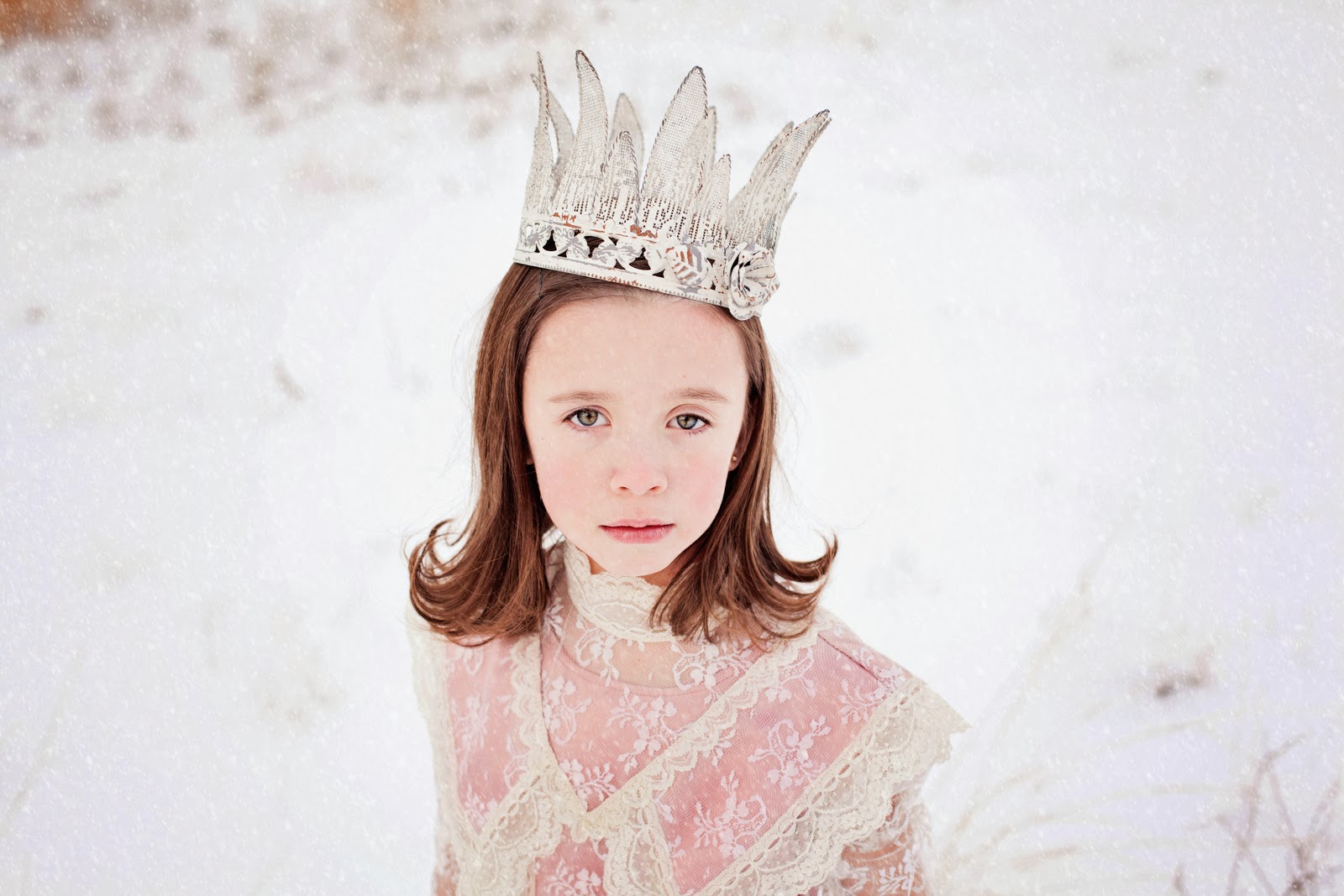 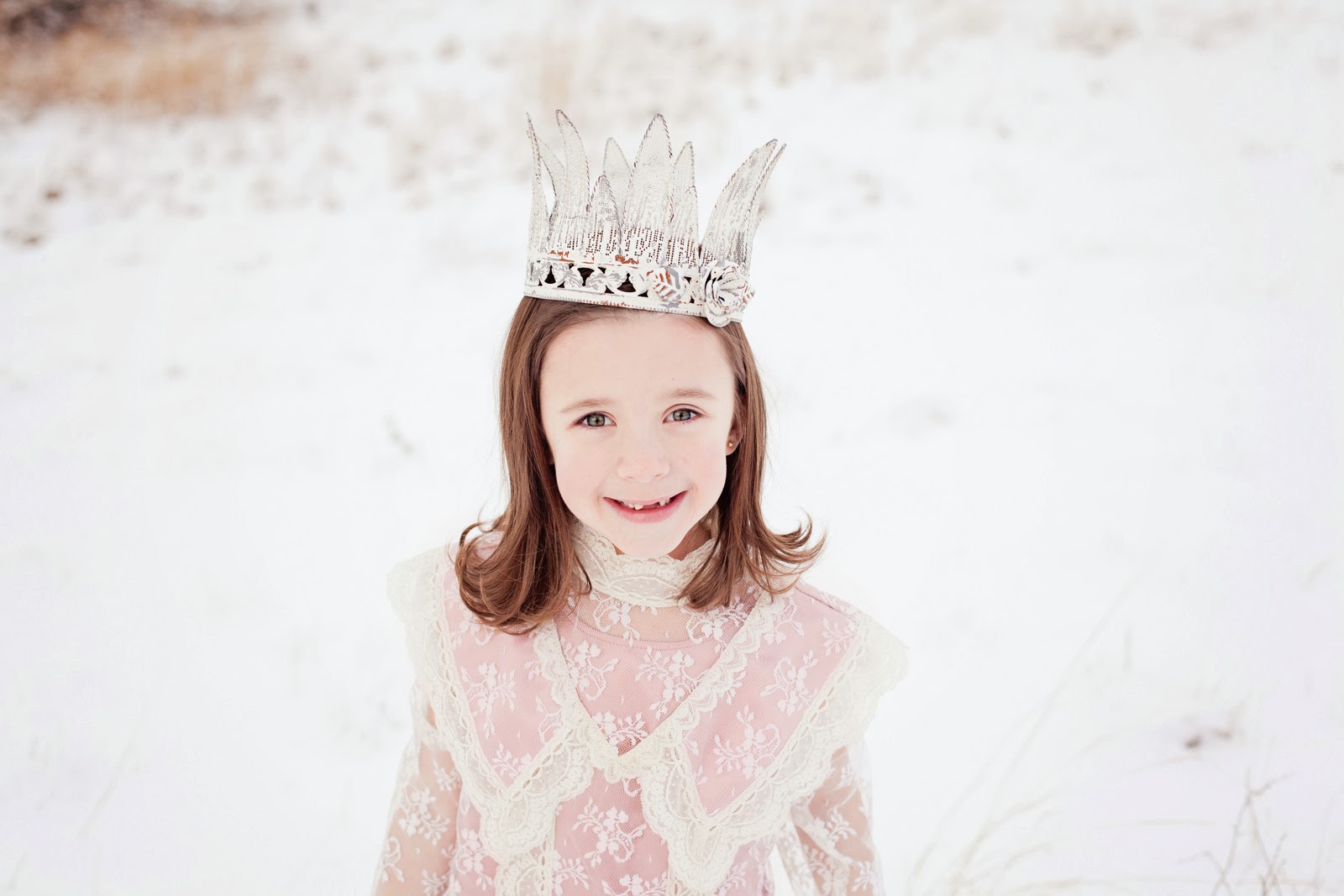 I wanted to document the snow and cold during this week. Amelia is always game for a photo session. She hip-hip-hurrayed and let me dress her in a vintage dress I found a couple years ago. It was huge so the dress is actually pinned on her. I checked the temperature before we went out, the thermometer said 32. We threw on coats and strapped the boys into the van. By the time we got to "The Place" the van thermometer said 10 degrees. Oh man, it was cold. Amelia still shucked off her coat, posed, and looked cute for 4 minutes. Her coat was so vibrant it made another cute set of photos. What a stellar kid. I even love her squinty left eye. 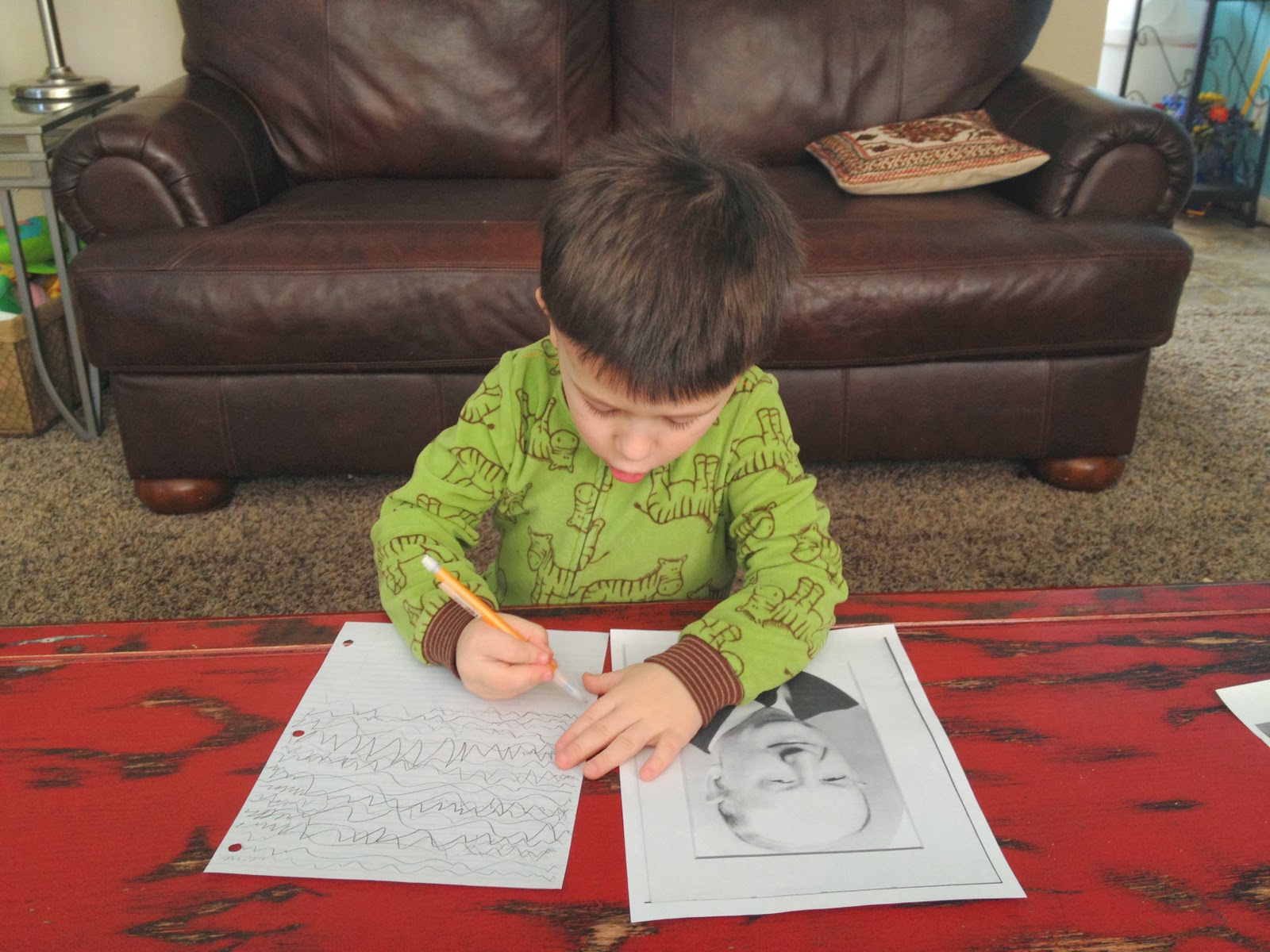 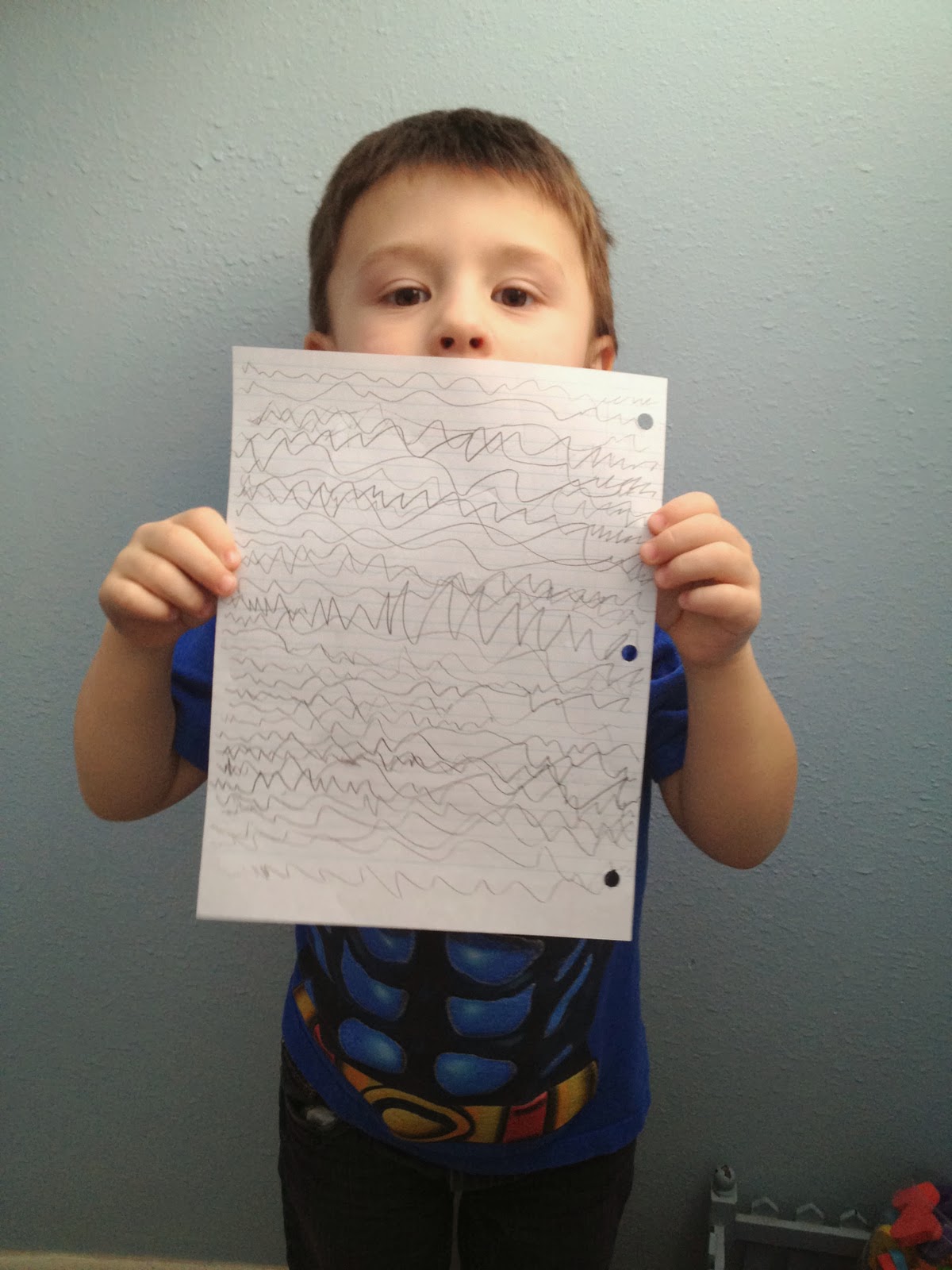 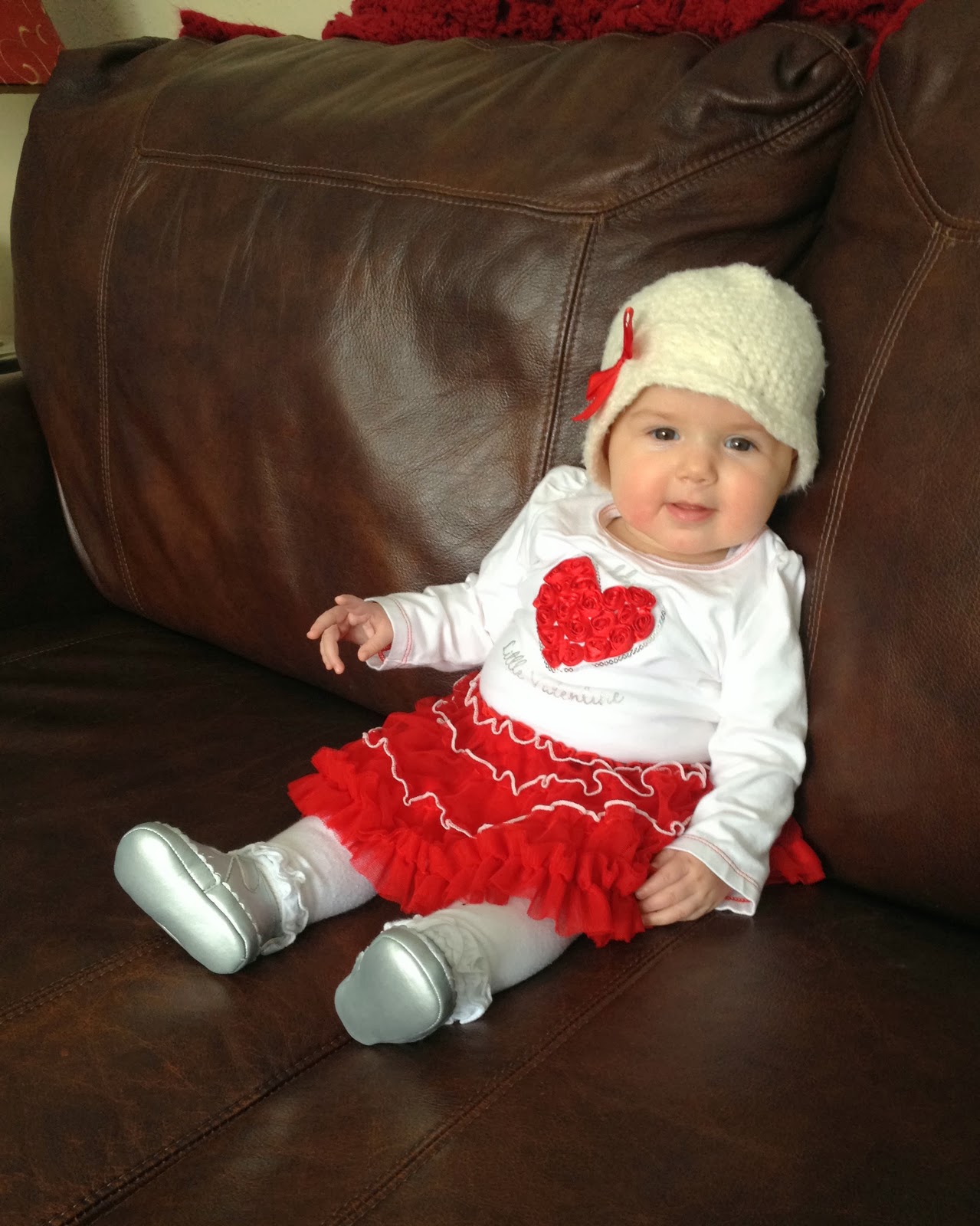 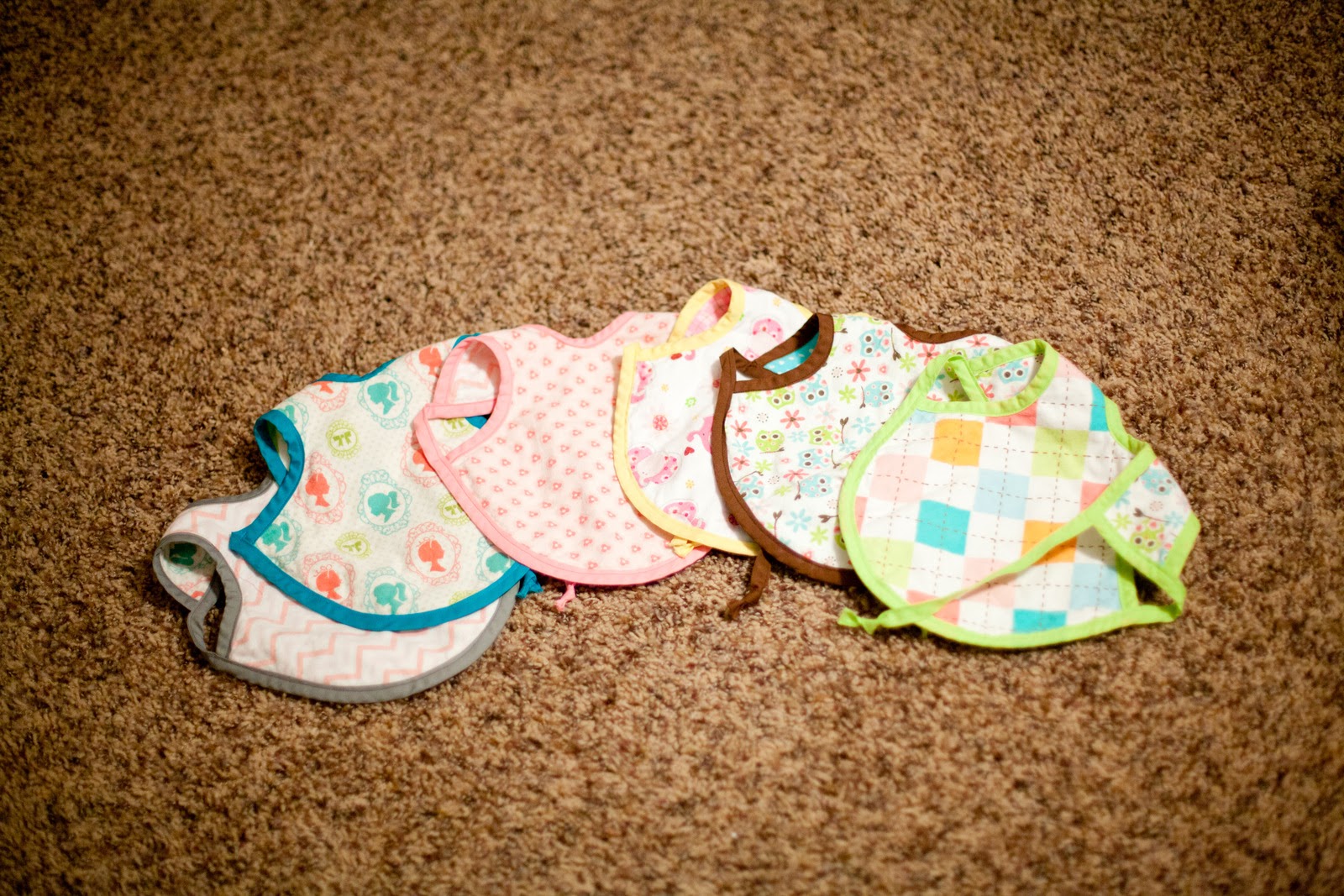 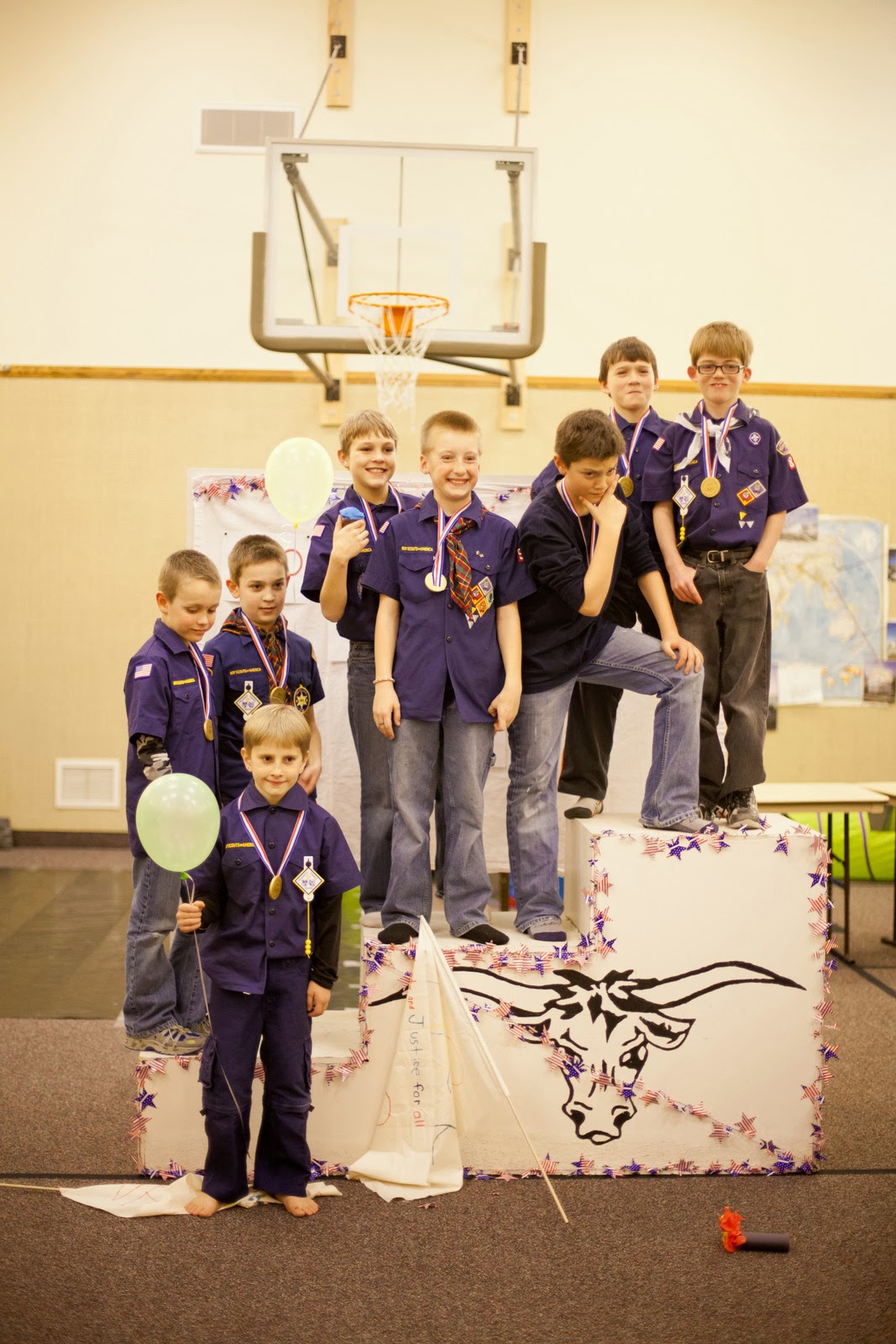 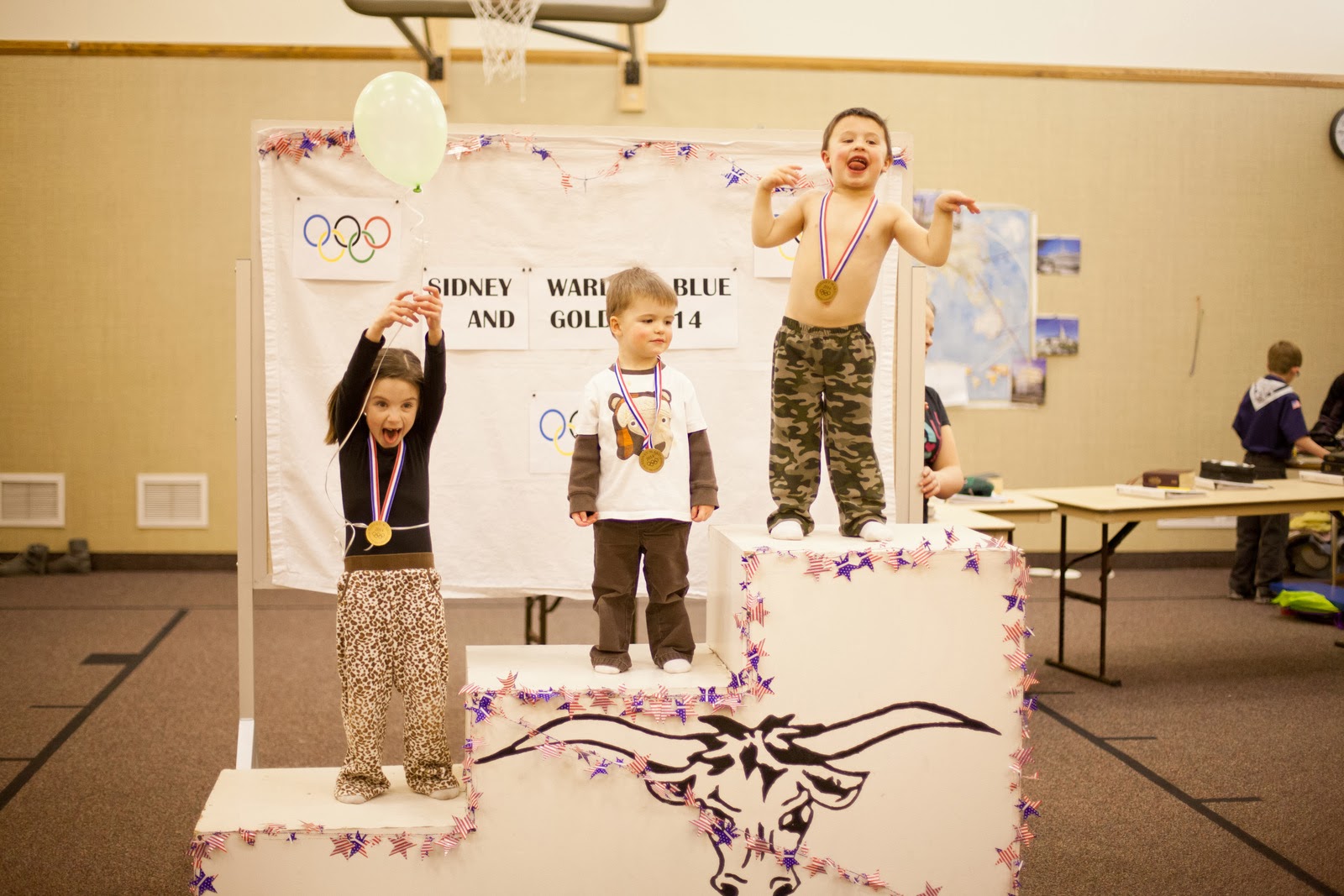 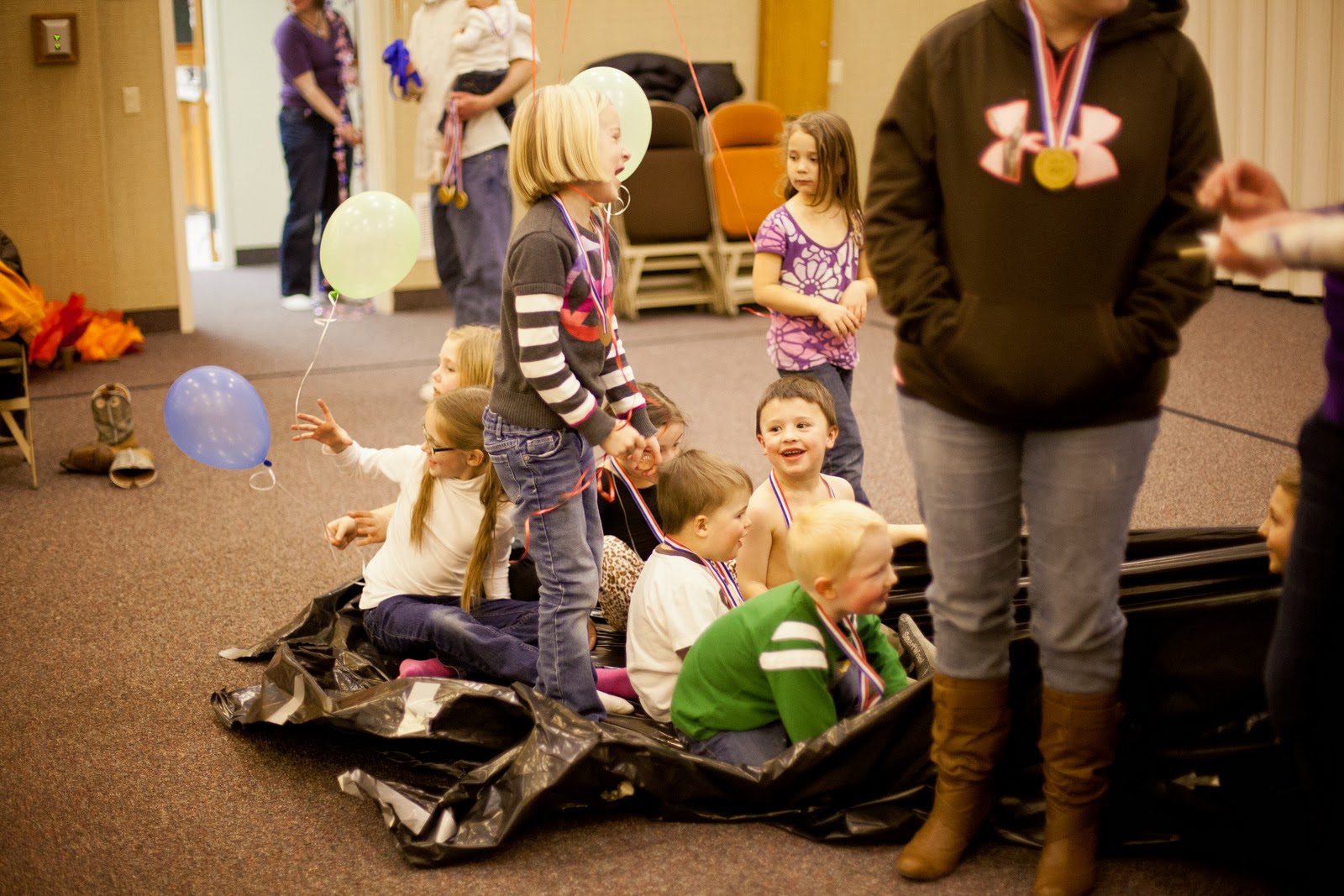 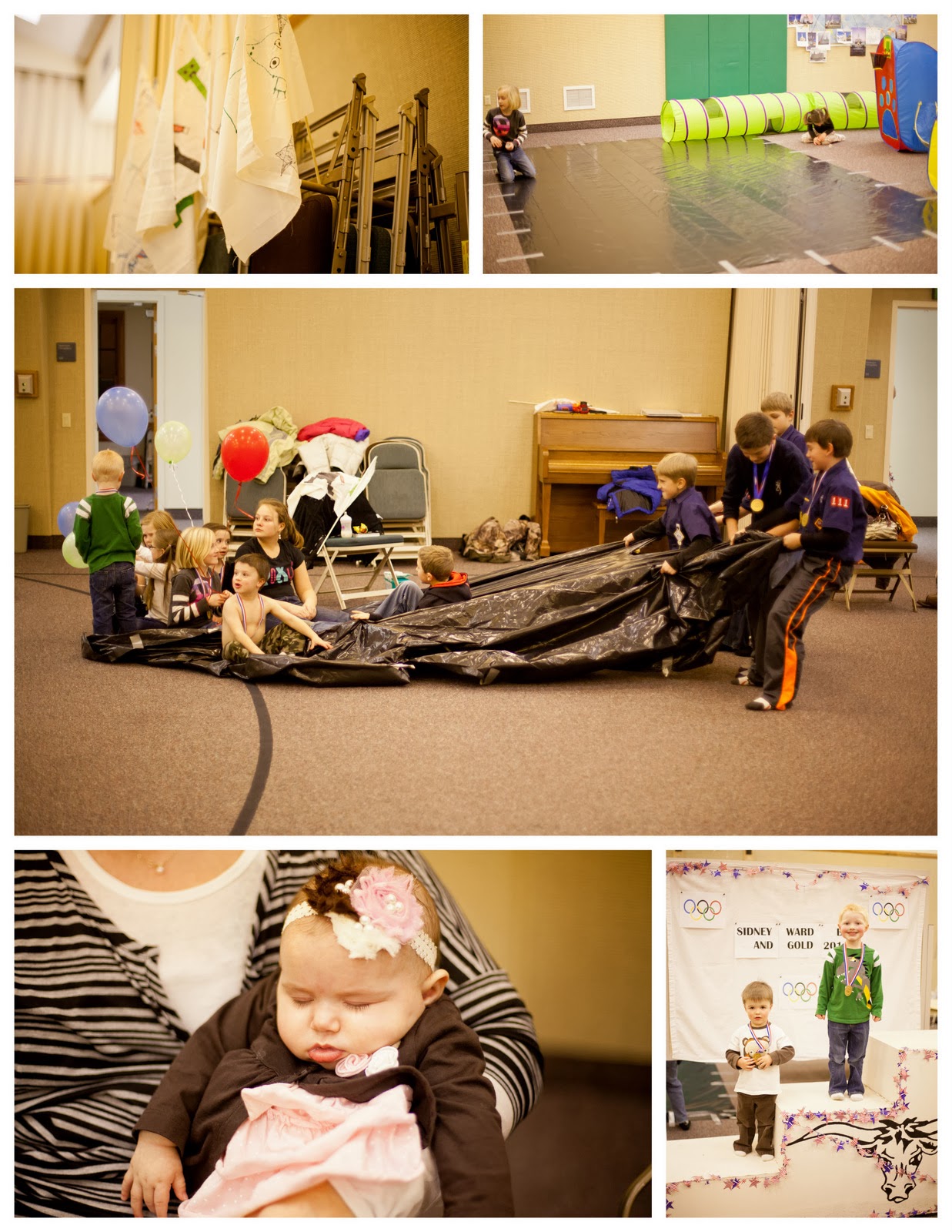 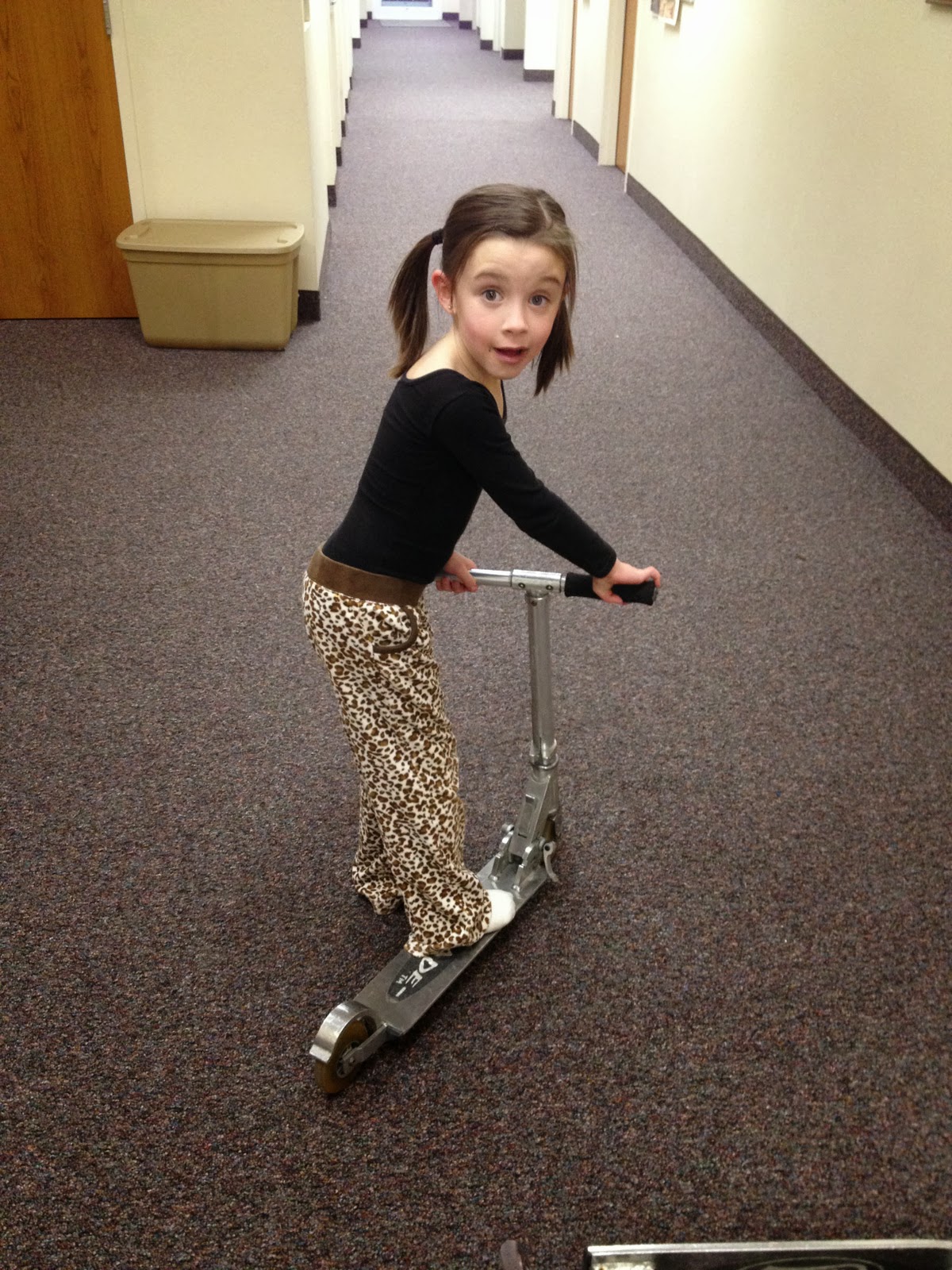 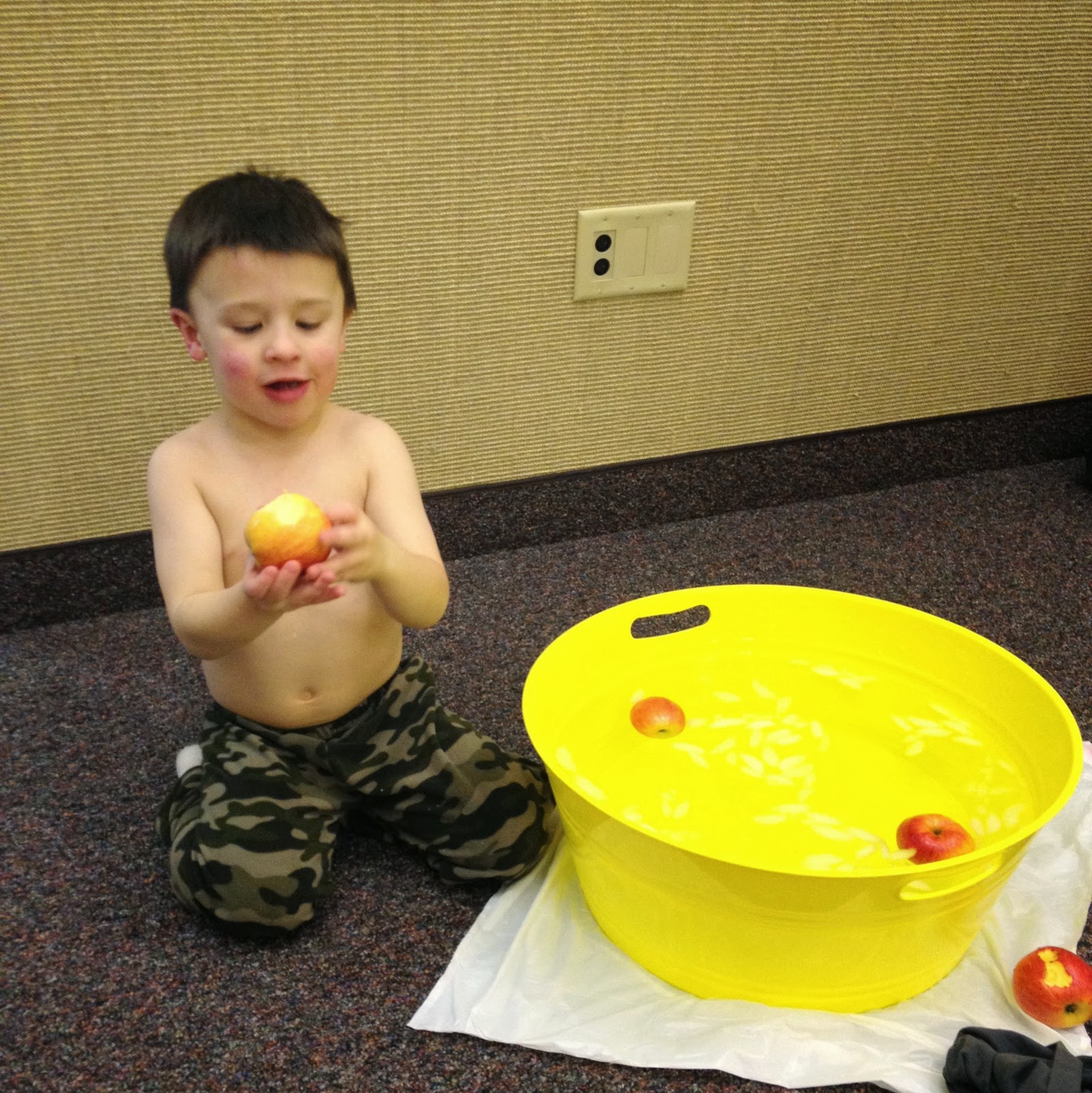 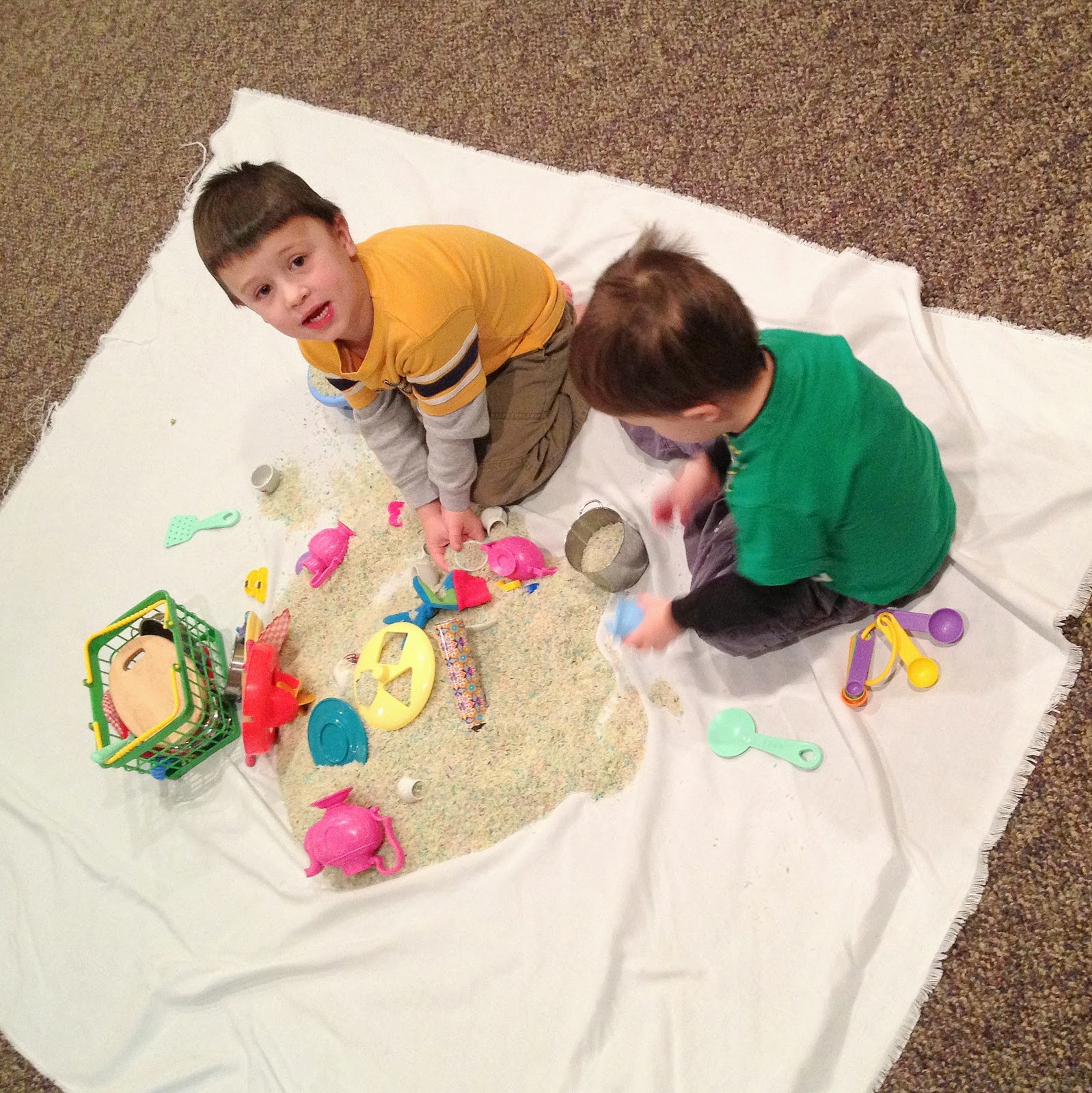 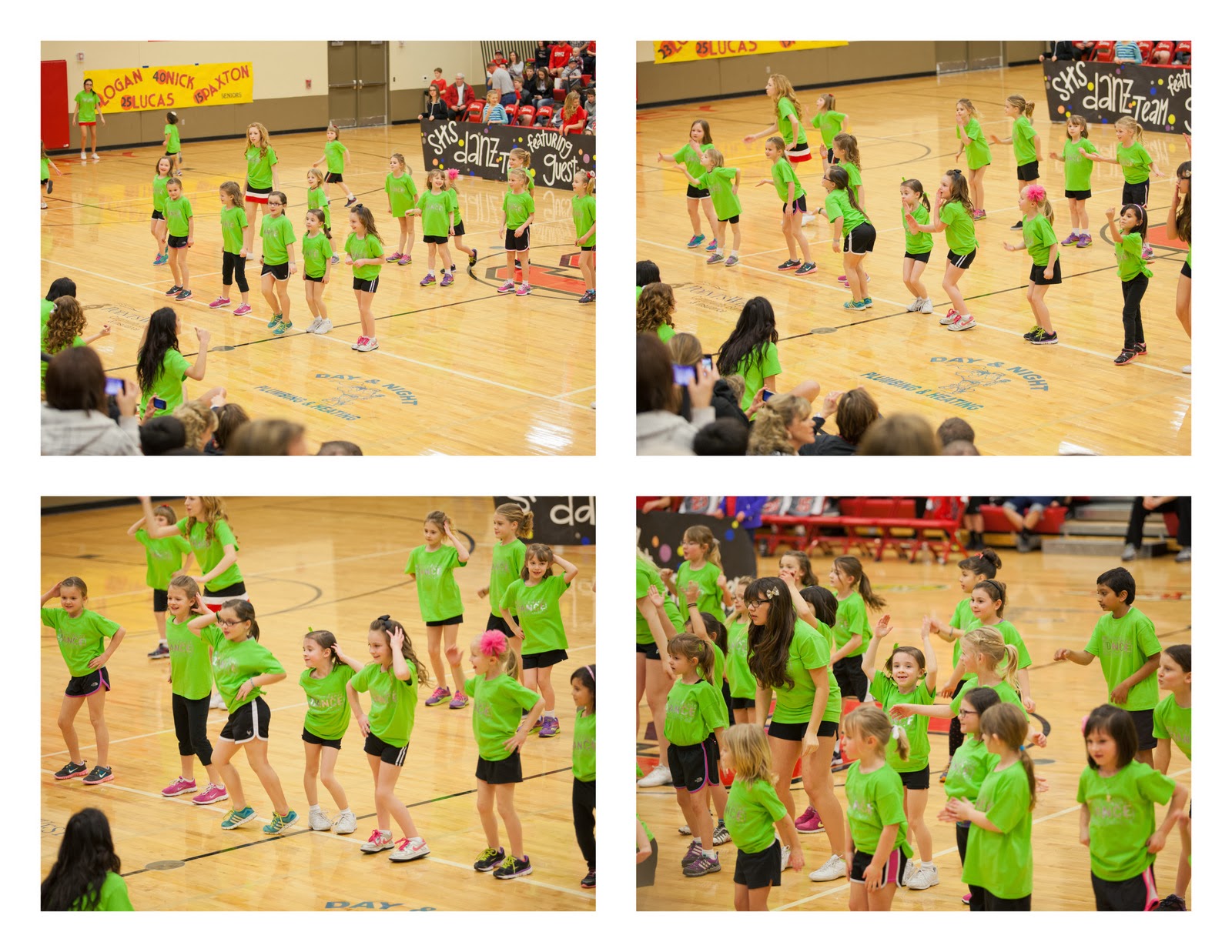 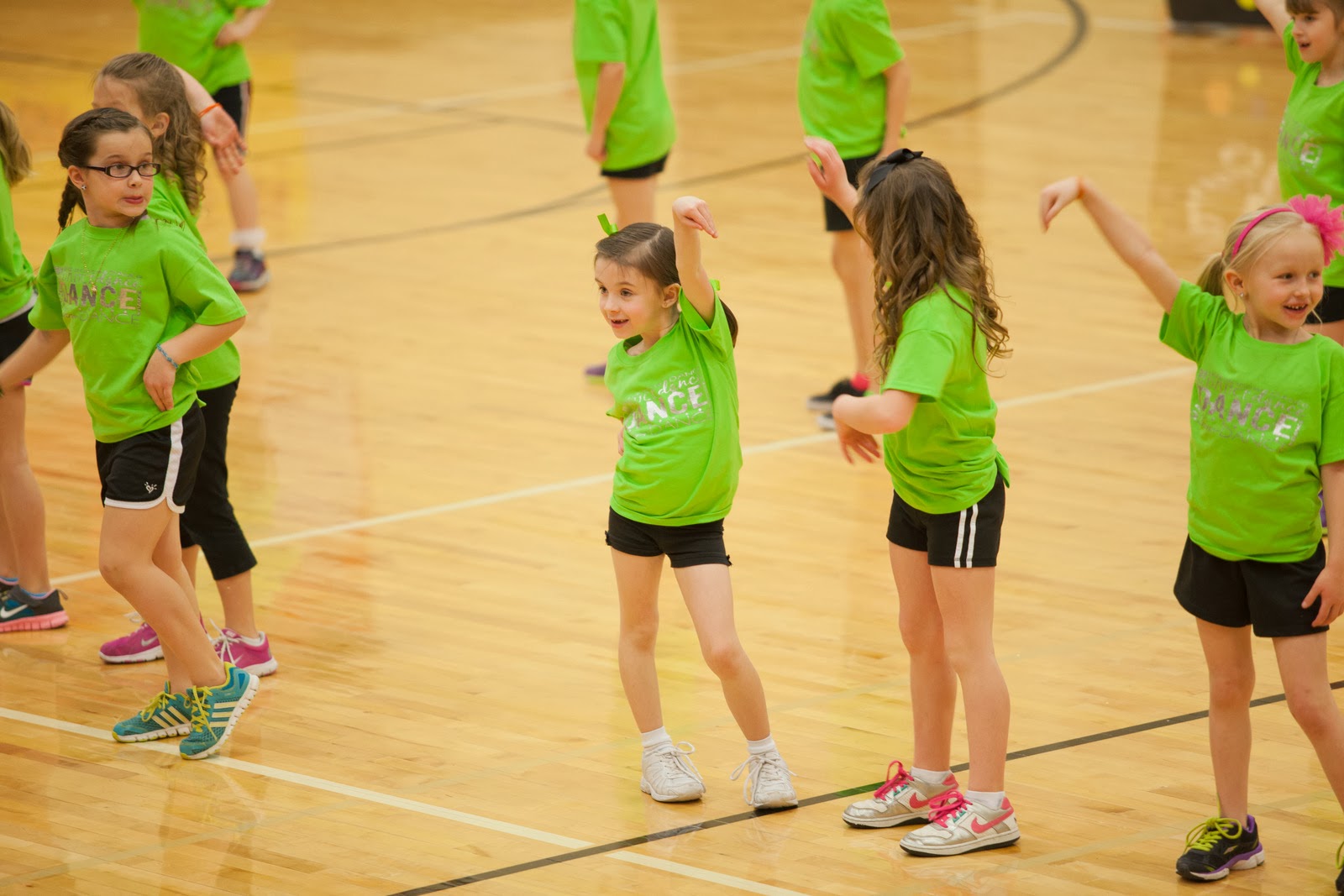 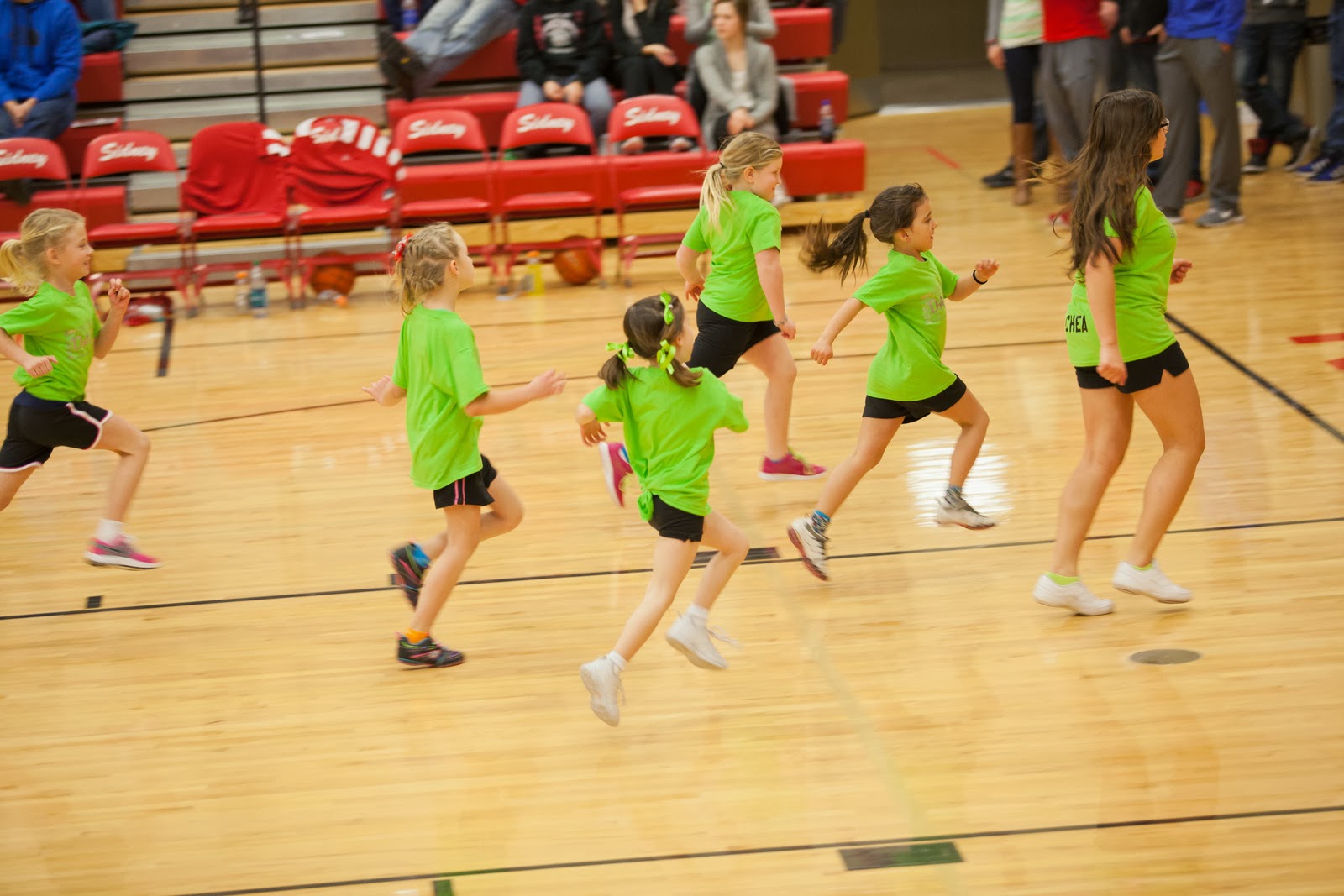 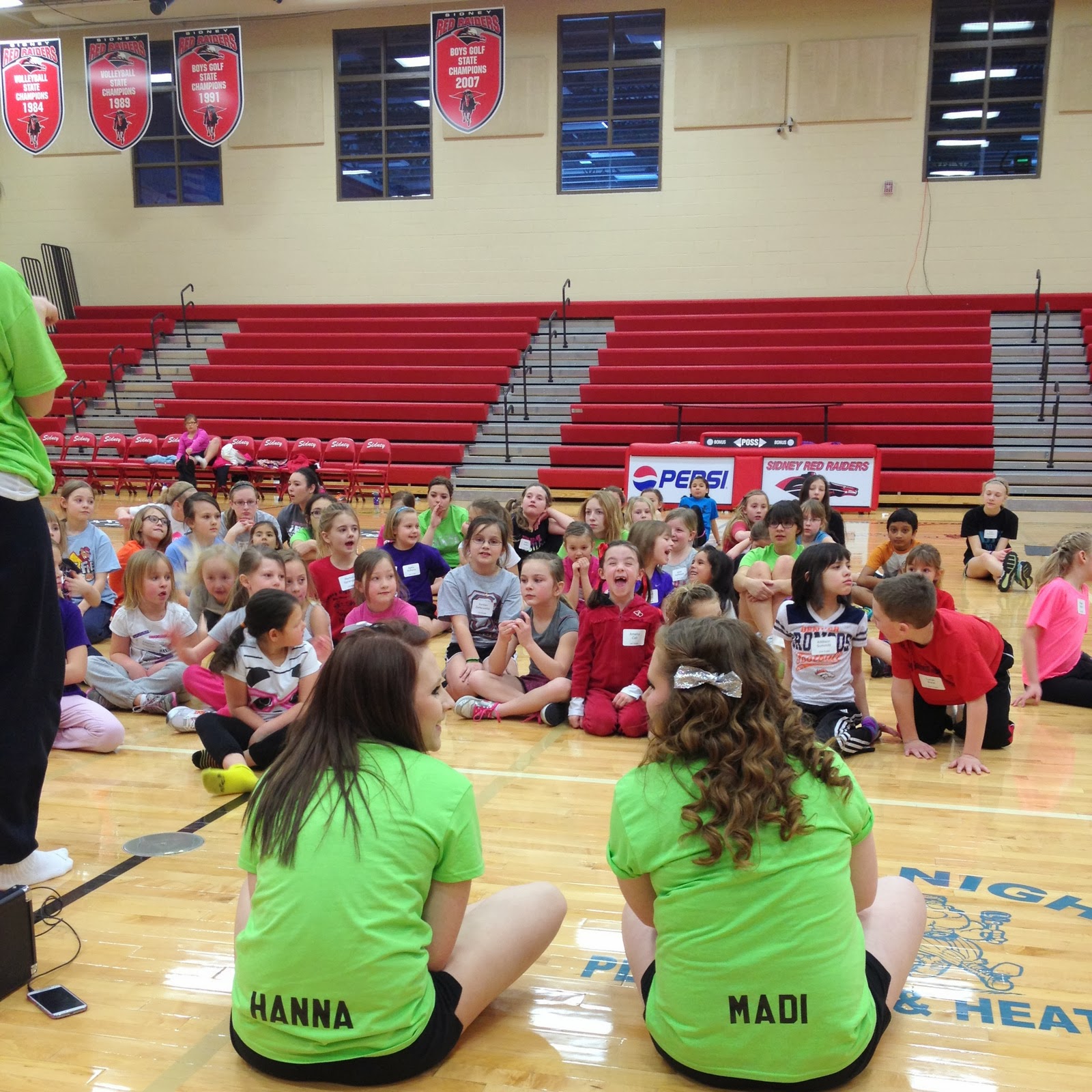 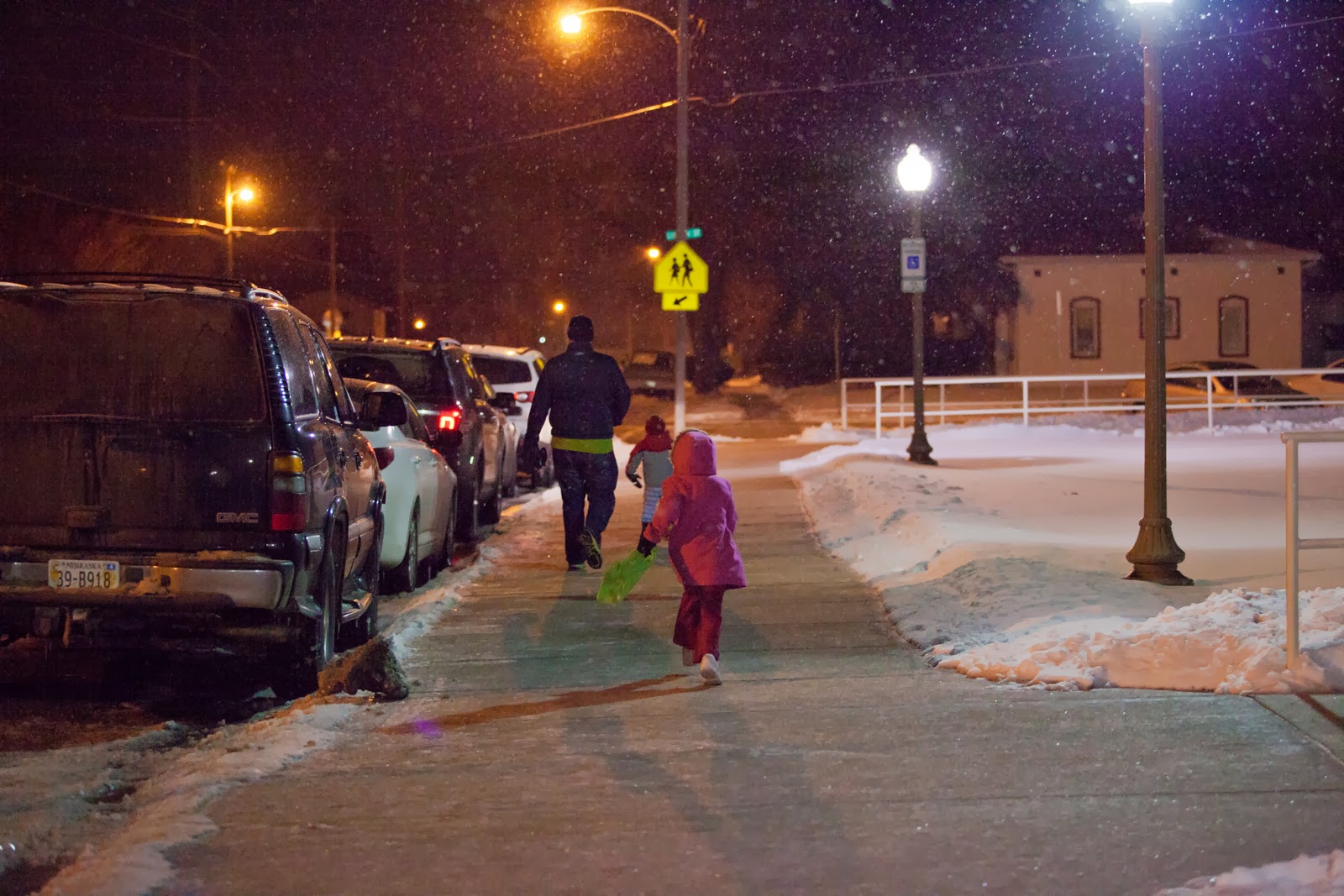 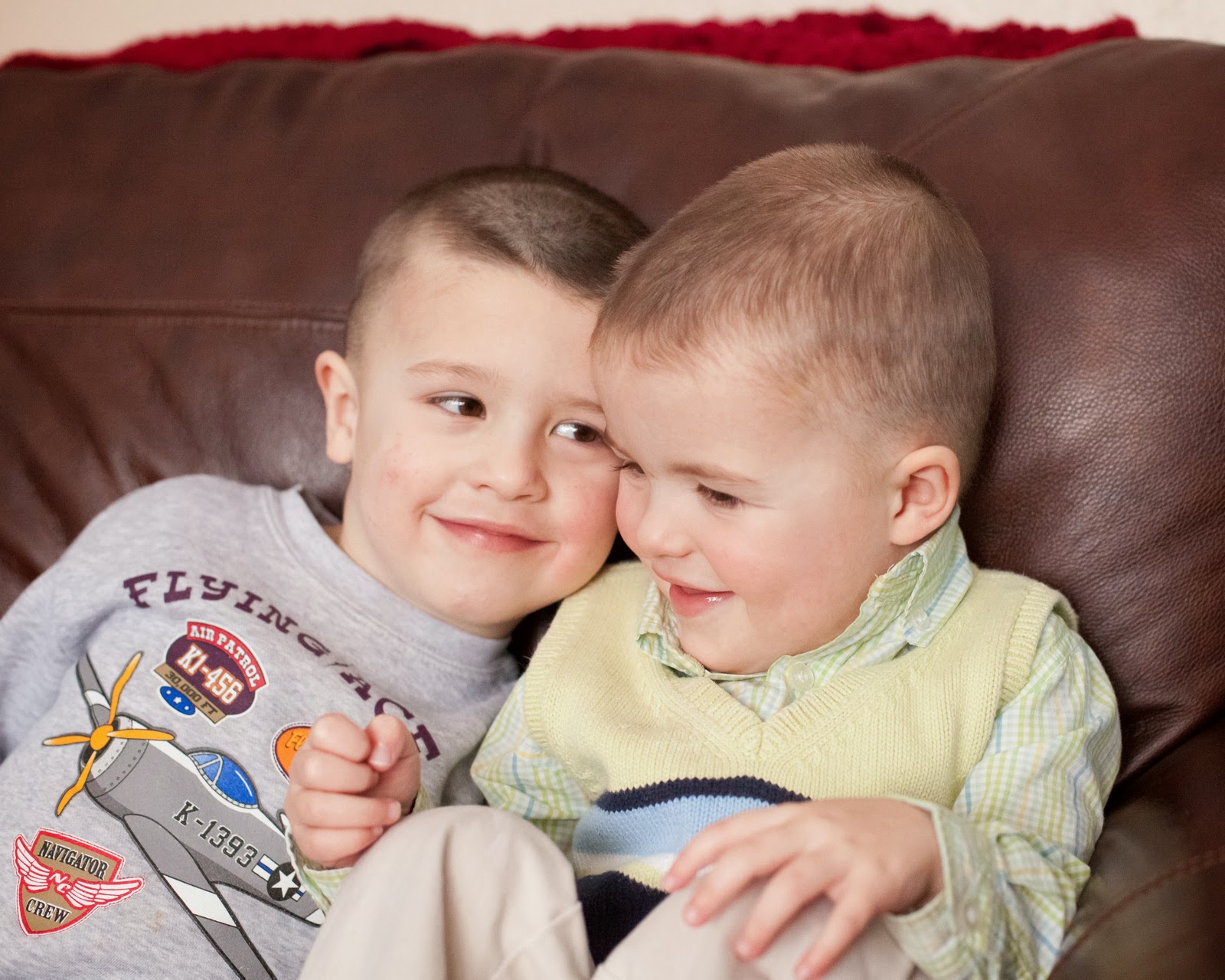 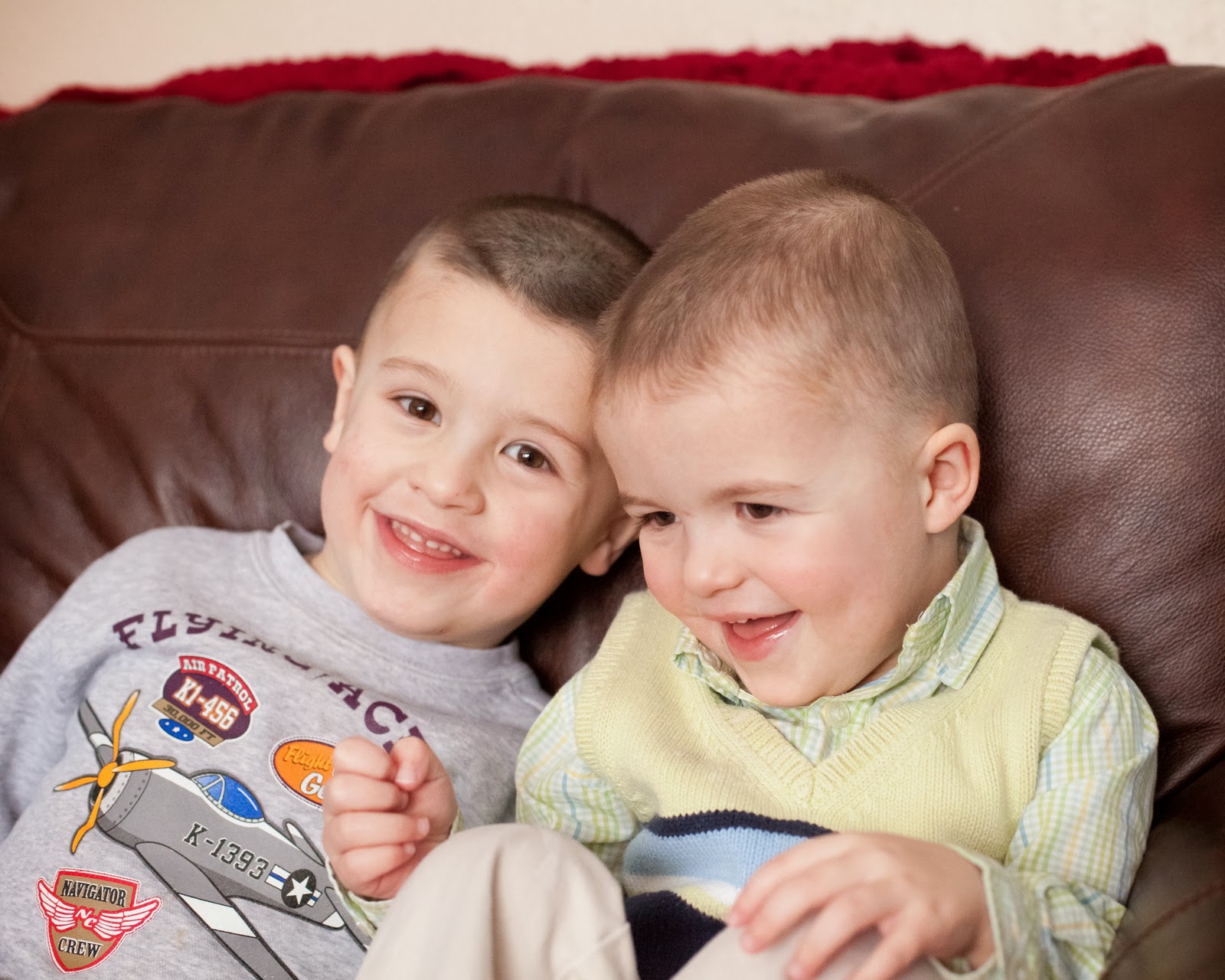 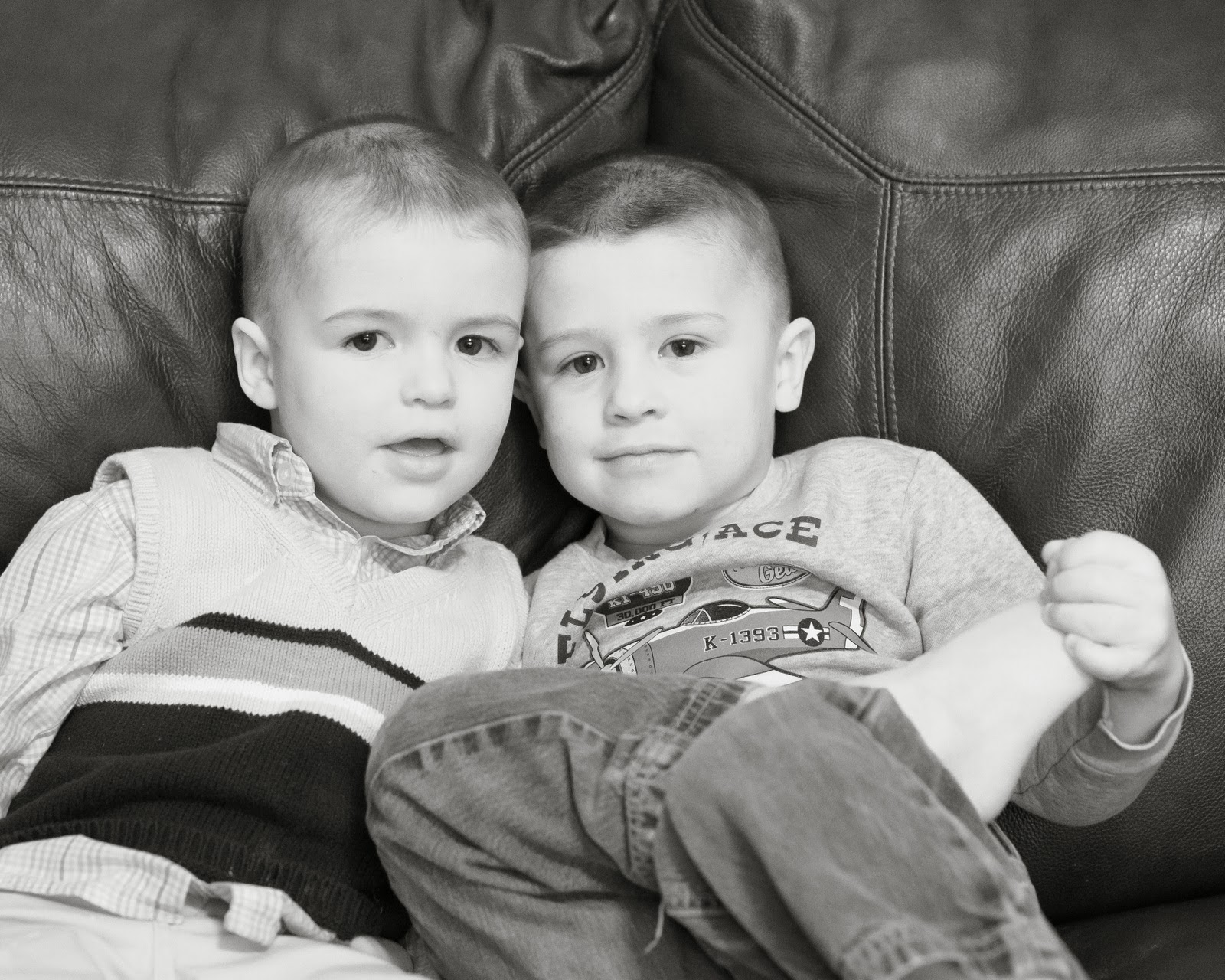 I feel so tired after this past week. Phillip was up half of Sunday, Monday, and Tuesday nights with croup. We kept him home from school on Monday with a nasty cold. By Wednesday Everett, Evelyn, and I had our own nasty colds. We spent a couple lazy mornings recuperating and napping. Wednesday Phillip got ready for preschool and left with Justin. He was back 10 minutes later. The power at his preschool went out and his classroom was a frosty 50 degrees. The temps plummeted to -24 Wednesday night. Brrrrr. That is cold. It actually felt balmy on Saturday when the temperature was 32 degrees. Since when does freezing feel warm? It feels warm after experiencing -24 degrees! We were at the Blue and Gold Banquet on Wednesday. My nose hairs instantly froze when I walked out of the building. Strange, strange feeling.

Family Home Evening was a memorable experience this week. Amelia got an assignment from her class teachers to learn about her first name and bring a photo of her family or individual who she is named after. I pulled up photos of Amelia Jean Crook Lance, Shirley Jean Gudgel Baerwaldt, Anson Call, Phillip LeRoy Pay, Lynn Lance, and Everett Baerwaldt. We told our kids about their names and why they have their names. Even our Evelyn is named after Phillip LeRoy Pay's daughter, Evelyn. Sometimes it seems that FHE is an effort in futility. Bless Phillip's little heart! Tuesday morning I found him busily scribbling a letter to his Grandpa with the picture of Phillip LeRoy Pay next to his letter. He wanted to mail his letter to his grandpa who lives with Jesus. He was so sincere, it about made me cry!  Amelia was very excited to take her story and picture of Grandma Jean to church today and share her story.

Justin invited the kids and I up to his office for a potluck lunch with his lackeys, errrr, coworkers. Evelyn wore her newest thrift store find, a cute onesie dress. That kid has so many cute clothes all garnered from thrift stores. She looks so darn cute in everything she wears, must be that smile and her pokey ears. We enjoyed an outing away from the house even in the middle of a snow storm. Sidney tallied around 5-6 inches of snow. The best part, it did not blow away but stayed nice and fluffy on the ground. Course, it got so cold the snow was not fun to play in. The kids braved a couple outings but only lasted at most 30 minutes.

The Blue and Gold banquet was Wednesday evening. We worked hard to get everything organized and planned, then executed. Meagan outdid herself with the gold medals. I found wood discs and she painted the gold and transferred ink on the medals. Amazing. I was in charge of the games portion of the evening. We had several events the boys and kids could compete in: ice skating (on a black sheet of plastic), an obstacle course, winter wear relay, bowling, scooter race, and ice bobbing. Phillip and Amelia were the only kids brave enough to sink their faces into a bucket of ice water to fish out apples. Phillip got so wet his shirt came off. He looked like a swimmer fresh from an Olympic race. Another group served tacos for dinner with cupcakes shaped like the Olympic rings. All my boys earned several badges from 2 badges to Brayden who stole the show with 9 badges earned. Good job boys! The highlight of the evening was during cleanup when the black sheeting was pulled up and the boys hauled around all the kids and several young ladies.

Thursday and Friday I was down with a nasty cold. I could feel it turning into one of my sinus infections, the kind that require major antibiotics. I took a couple DoTerra onguard caplets throughout the day. By Friday I was feeling pretty much normal with a side of stuffy nose. I am still amazed! Evelyn and Everett were getting sick too so I smeared the kids with a lotion concoction of onguard and time release massage lotion. Their symptoms never got unmanageable. Evelyn even exhibited signs of an ear infection. I put melaleuca and lavender oil on the back of her skull behind her ear. This morning she seemed totally better. I have not given Evelyn any pain medications so far since birth. That is amazing to me. I arranged a play date with one of the new families in our ward for Thursday morning. I felt so bad canceling! Guess what this sweet lady did? She dropped off a bottle of fruit juice to help us get better! What a thoughtful act. She even shares Evelyn's first name and grew up in the same ward as my college roomie, Anna Knotts.

Ella spent the day with us on Saturday while her brothers and parents attended a day of basketball games. She is tired of going to all-day basketball games after 6-7 weeks. We were glad to have her! Amelia attended a Danz Team clinic in the morning (sort of like the cheer clinic she did earlier in the year). We enjoyed a relaxed day, even some time outside since it was 32 degrees. After dinner we went to the basketball game. I sort of felt like a hillbilly hauling all our kids, winter gear, and stomping on toes as we squeezed ourselves into a bench. The boys kicked several backs with their boots, had to escape for a potty break, and then Evelyn decided the noise was too much for her. Her howls filled the air! The sweet lady next to us offered to hold Evelyn out in the lobby. I totally let her! Then Justin and I each took a kid to wrestle. Amelia was so cute bouncing out into the gym at half time. She had all those teenagers wrapped around her finger. The event coordinator said that she probably took about 100 photos of Amelia alone. She is a pretty awesome kid. She even performed with the 2-3rd graders! On our walk home soft snowflakes fell from the sky. Everett had a look of wonder as he gazed up at the sky. He clapped snowflakes between his hands on the short walk home. I cut the boys hair with the only hair cut I know: high and tight. There are no words to describe the amount of slobber, crying, and hair that accompanies a haircut at home. I feel itchy just writing about it. The boys look so handsome now!

Amelia delivered a talk this afternoon in Primary on how to be grateful to Heavenly Father for creating our Earth and everything on it. She did awesome. Evelyn decided church was too quiet and needed some noises to rupture the silence. She filled the silence beautifully. Imagine a baboon in a restroom for an appropriate image.