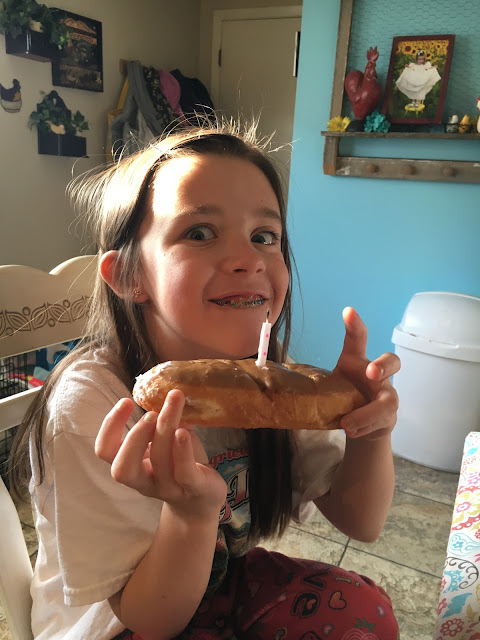 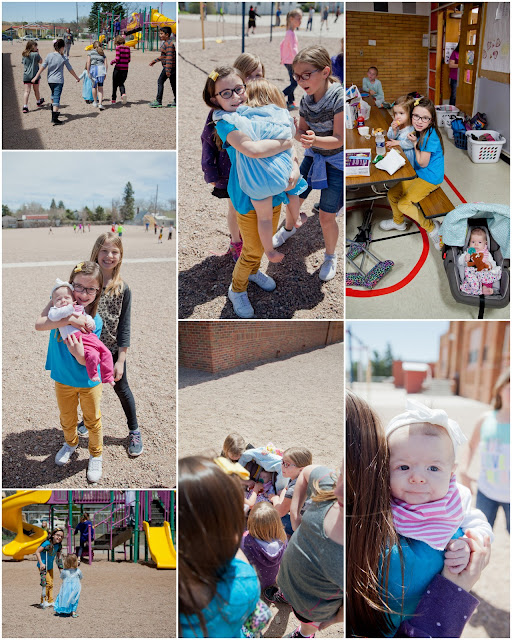 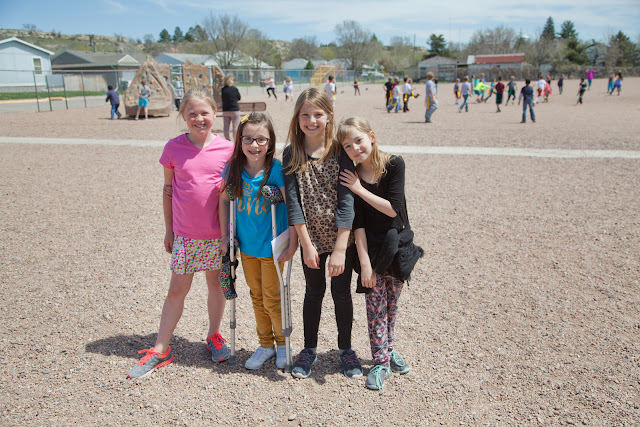 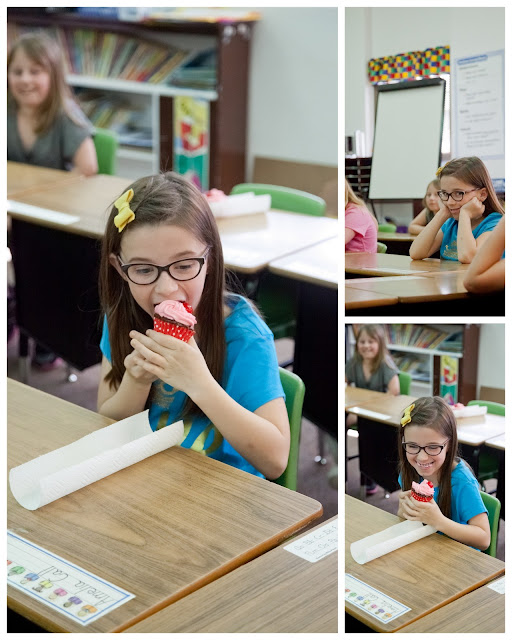 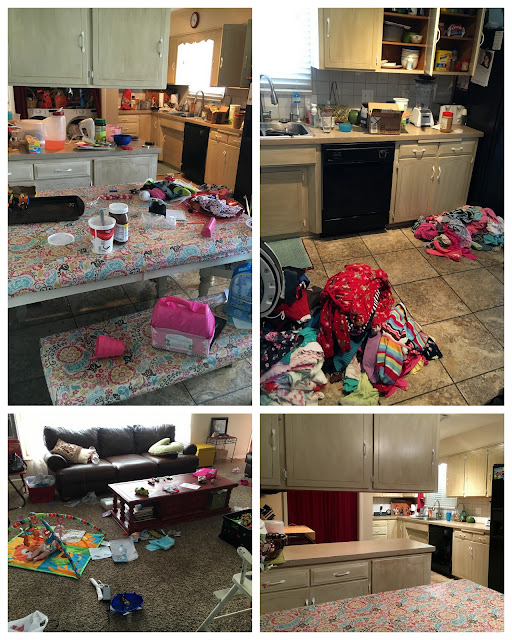 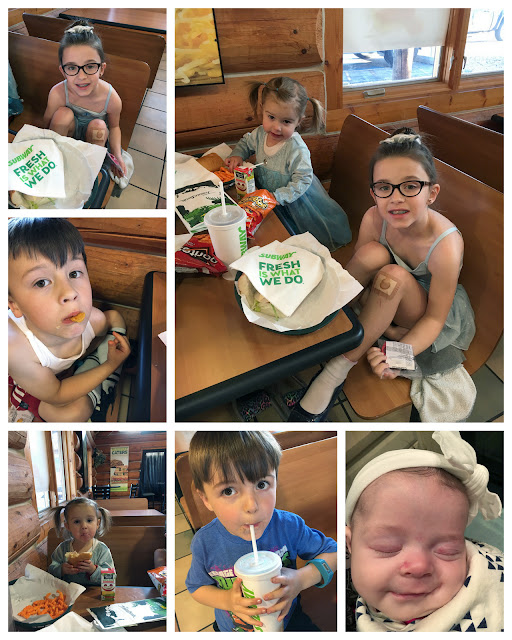 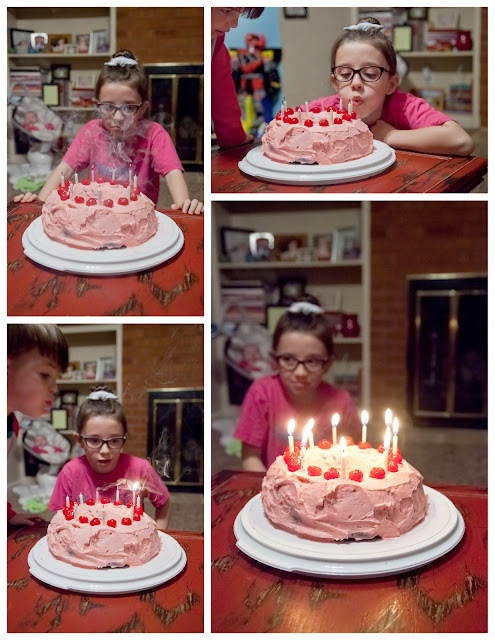 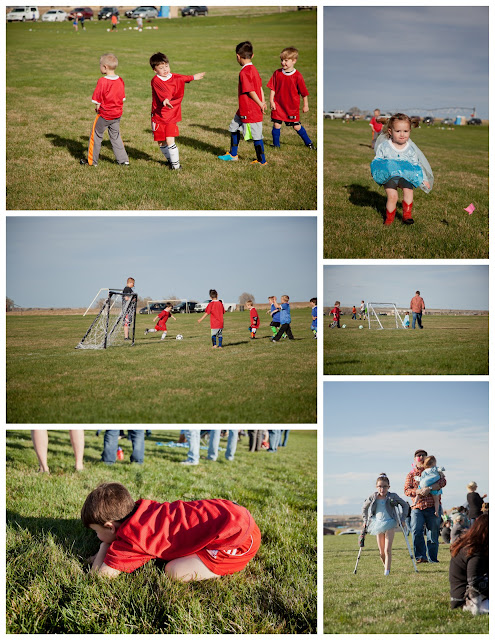 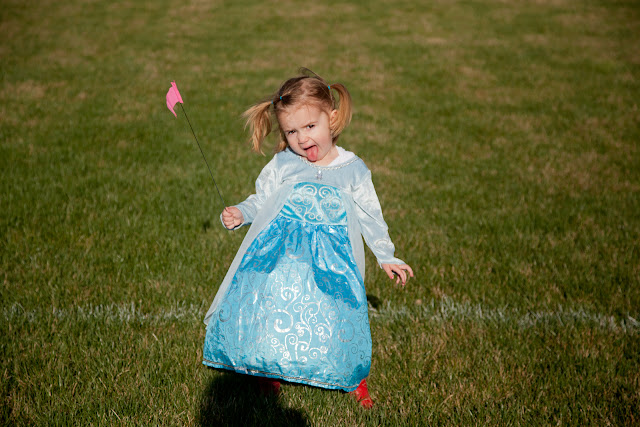 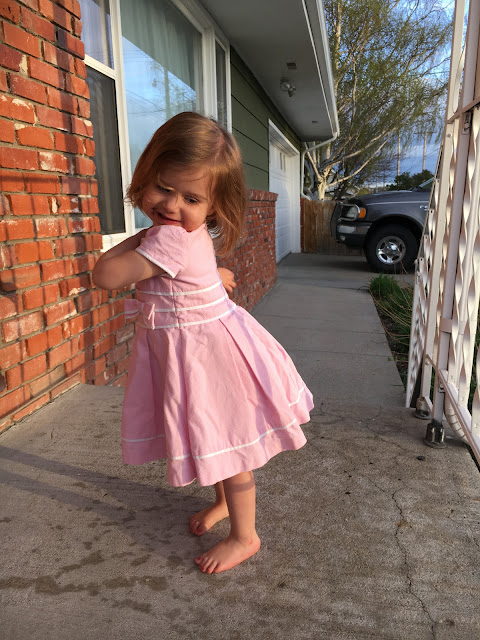 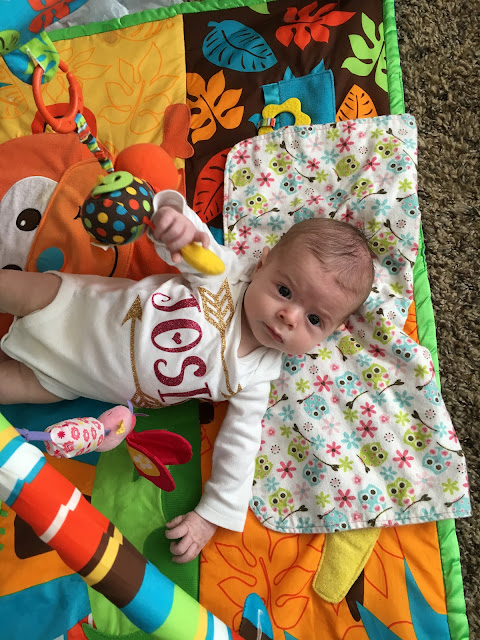 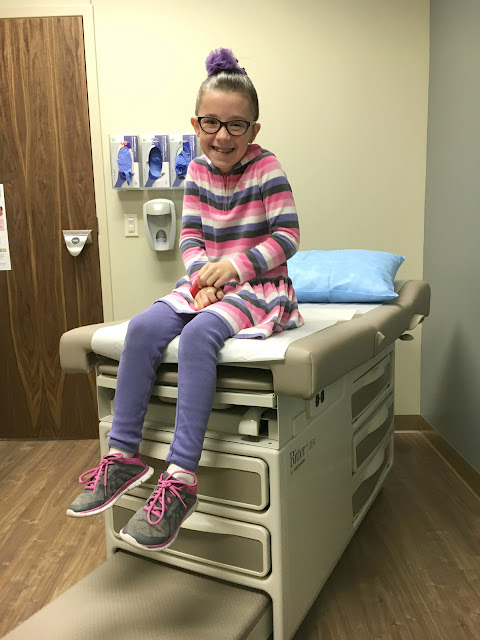 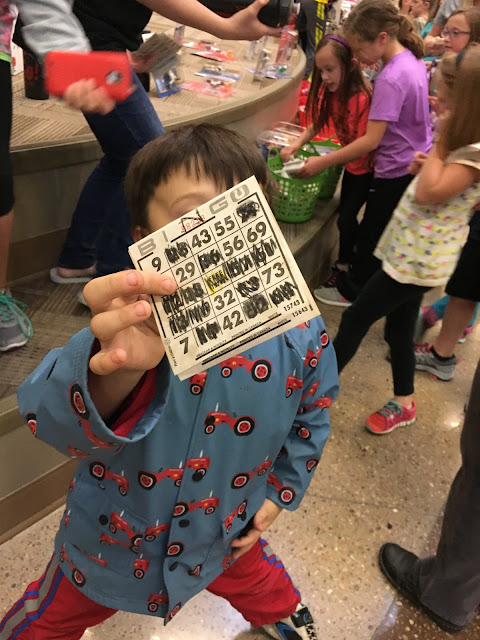 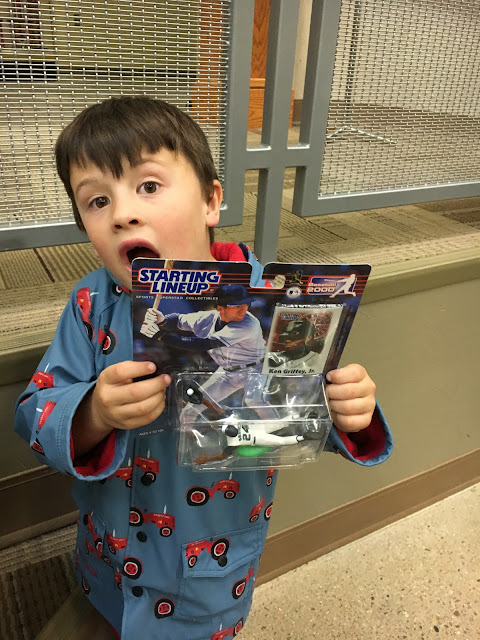 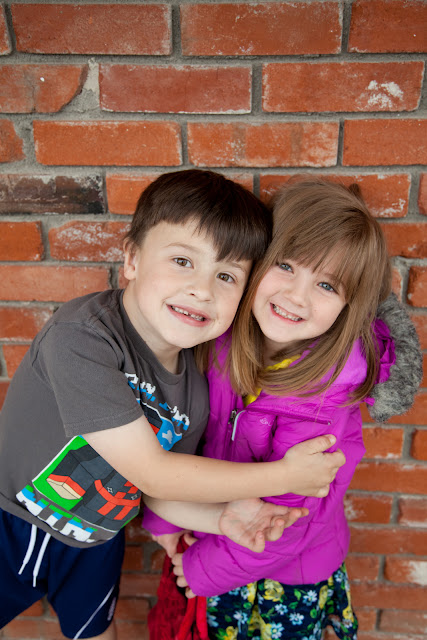 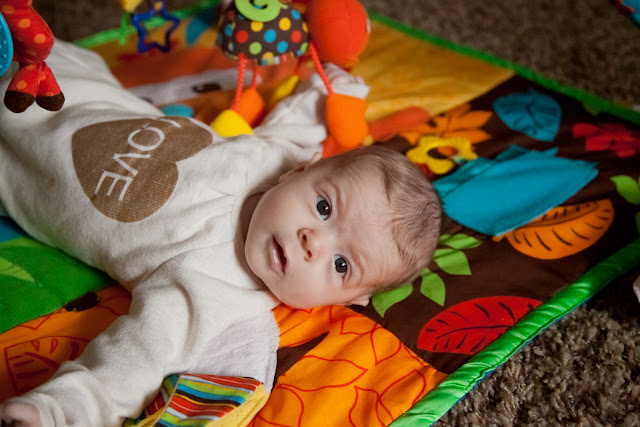 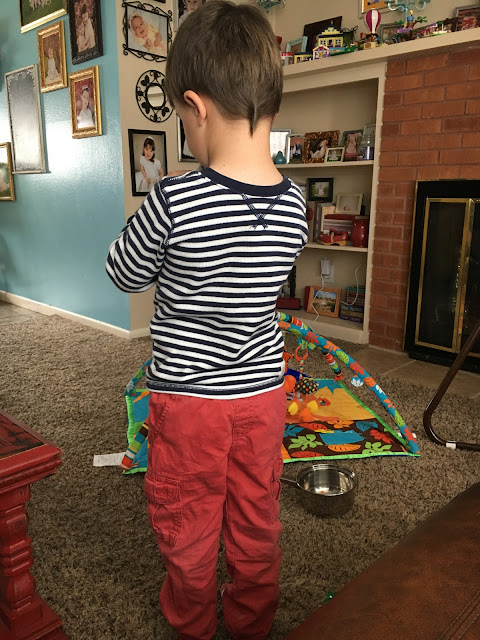 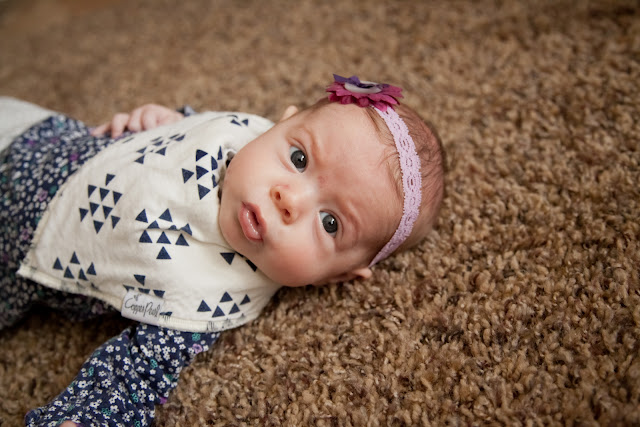 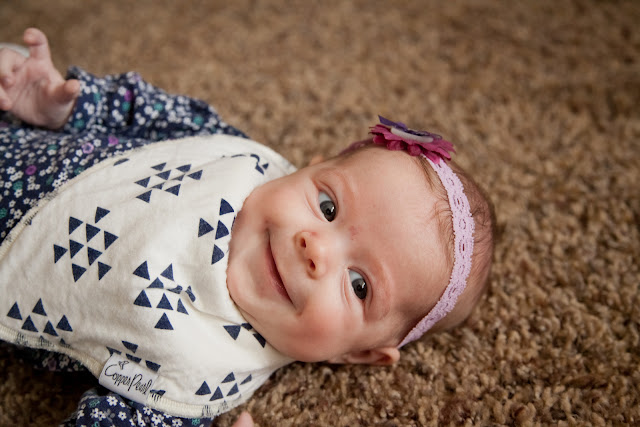 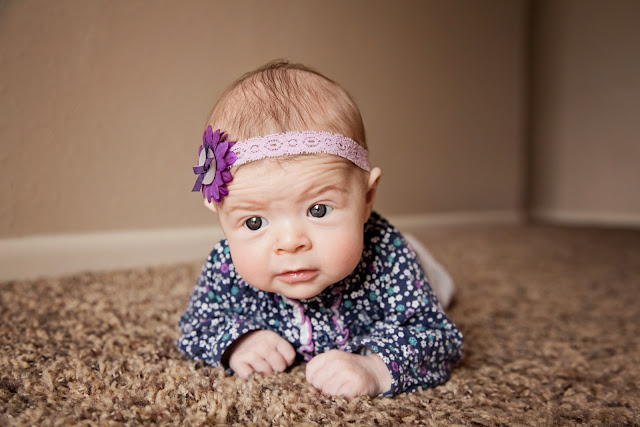 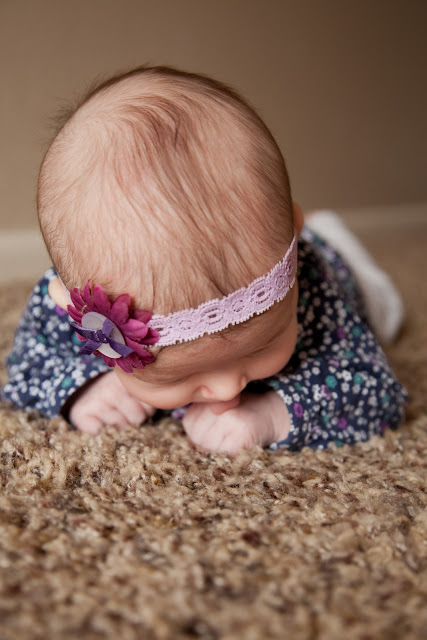 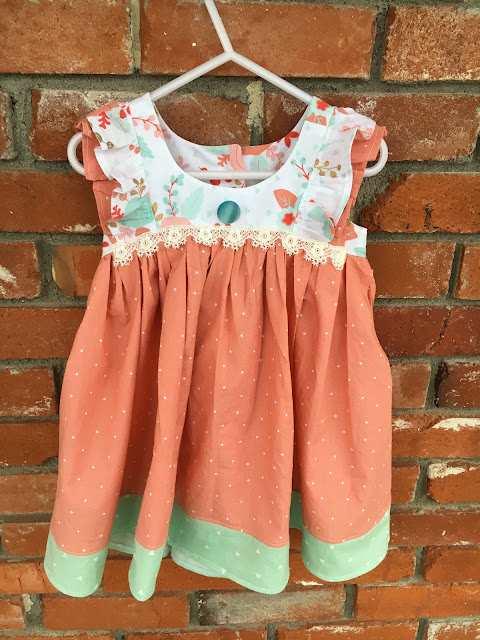 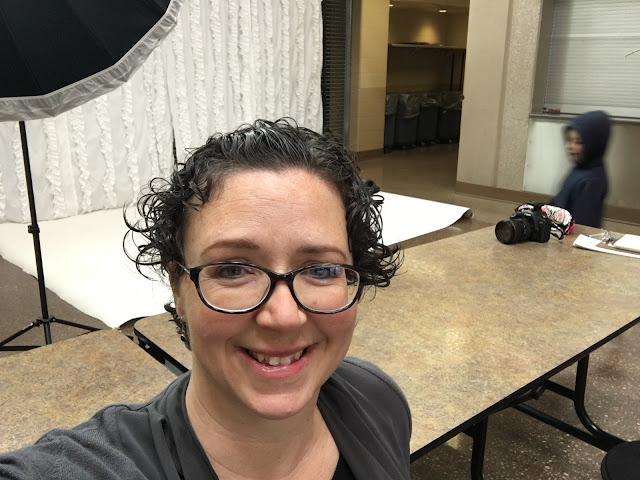 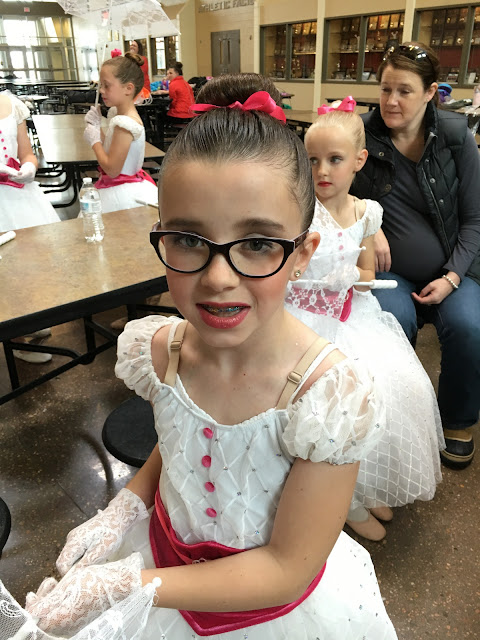 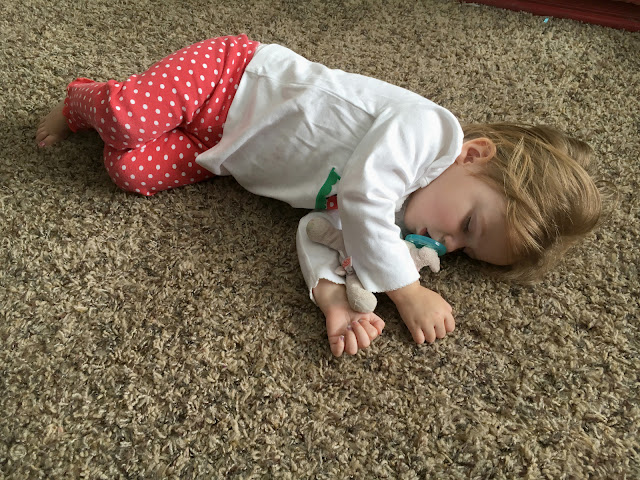 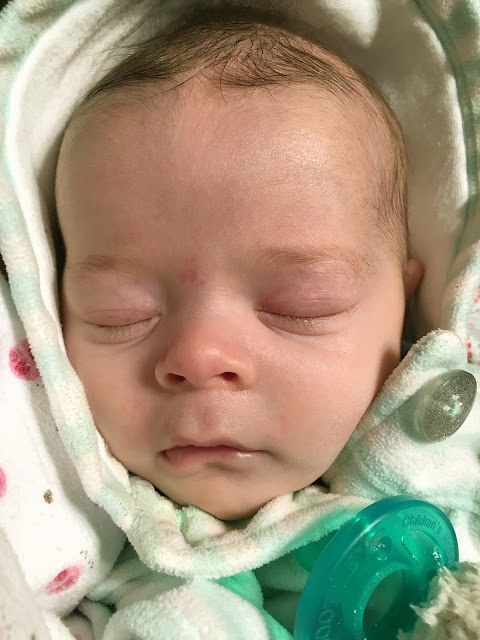 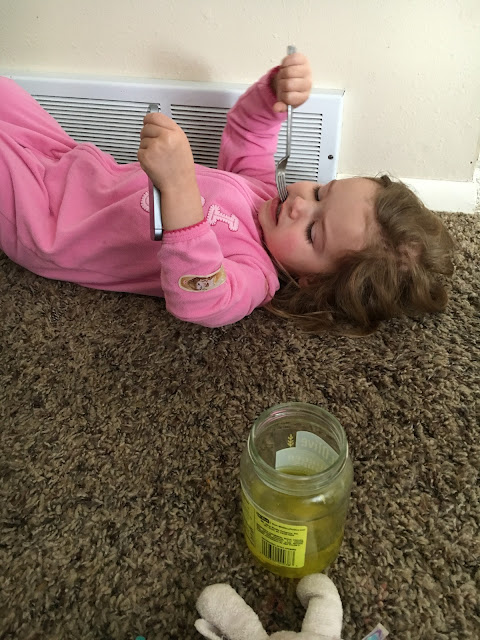 Monday afternoon our little girl turned 9 years old! I still can't believe she is nine. Crazy. I got up early to surprise her with doughnuts, but alas the Rolling Pin was closed. I got home to find her in the garage waiting. She convinced me to try Daylight doughnuts, the second rate shop in town, but good enough to celebrate a birthday breakfast. The girls and I had lunch with Amelia at school. The kids kept talking (say what?)...the proctors demanded silence in the lunchroom. We ate lunch with no overhead lights on to control the level of talking. Geeze...when are the kids supposed to be kids? Evelyn and Josie were quite the attraction on the playground, they were surrounded like bees to honey. Evelyn was not so happy to have all these girls escort her around. I had to laugh! I snapped a photo of Amelia with her besties at school: Lily, Katelyn, and Rachel. These girls were also at the late night celebration. Amelia has not tried out her new bike yet because of the weather. Hope all the snow melts soon! I ran home, put Evelyn down for a nap, whipped up frosting and frosted cupcakes, raced back to her school to surprise her with cupcakes. She chose cherry-coke cupcakes! We brought her home with us since the school day was almost over. Amelia played all afternoon in the side yard. Her knee hurt too badly to ride her new bike. We endured crazy soccer/ballet evening again. Evelyn insisted on wearing her Elsa dress all day. She looked pretty cute with her dress and pigtails whipping around in the wind. She collected several pretty pink flag markers, ended up with a bouquet. After Phillip's game we went to Subway for dinner.  Evelyn was ecstatic to watch Amelia blow out her candles and sing Happy Birthday to you. Justin and I decided to get Amelia the pocket version of Minecraft for her birthday. She is in heaven. Justin is also hooked! They enjoy making worlds and then wreaking havoc in each other's spaces. I dealt with the weekend mess and all the baking of the day once everyone else was asleep. The house miraculously went from WWIII to WWI in less than an hour.

By a miracle of sorts I arrived at the Dr Clinic on time at 8:10 am for Amelia's pre-op/well-child visit. She is one tiny kiddo, weighing 55 lbs, 49.25 inches tall. Other than her hip Dr Shaw gave her a clean bill of health and a green light on surgery. Evelyn added fairy wings to her tail fascination. She loves to fly around with her wings. Josie really loves the playmat right now, using her hands to bat at toys. This week Josie also started using her voice more, making small cooing sounds. Her sweet voice melts us! She is holding up her head for a bit longer these days. I love her furrowed brow!

Our FHE this week was attending BINGO night at the high school. The kids all got a new book, a slice to two of pizza, soda, cookies, and several BINGO sheets. We did not fare well at BINGO. Justin left with Amelia, Everett, and Evelyn after they all had losing sheets. Phillip wanted to stay and finish out my last game. We won!! He chose a baseball player toy as a prize.

Phillip confessed his feelings for Kaylee last week. He told me, "Mom, Kaylee makes me feel all warm and fuzzy inside. She is sooooo cute!" Those two have the best time playing house everyday after school. Kaylee declared Phillip is her boyfriend. I am tickled over their platonic crush.

Thursday I opened up barber shop to trim the boy's hair. Phillip was begging for a haircut! The boys looked pretty darn handsome by the time barber shop closed. Phillip's hair is really hard to cut because he wiggles so much.

Friday afternoon I whipped out a dress for Evelyn to wear to Jeremy and Yulz's wedding next week. It matches Amelia's birthday dress! I have a mint dress for Josie to wear and ordered mint bowties for the boys. I just need to find something to wear. The dress came together pretty fast considering I started it at 1:30 pm. It was finished by 5:00 pm.

Saturday was a bit busy! I had a 6 mth old photo session with some family photos as well. It was snowing hard all day. The snow mostly melted as it fell, we had some accumulation on the ground. I heard a total of 9 inches fell on Saturday. It was heavy, wet snow. The kids played in the snow Friday evening for a while. They came in soaked to the bone from the snow. Right after the session Justin rushed over photo equipment to the HS for dance photos. I barely made it in time to set up before folks started arriving. Katelyn's mom, Lisa, helped me organize the girls and keep track of the payment envelopes. Amelia and I were at the HS from 12:15 until 5 pm. It was a long day. Josie fared really well considering the fact that I was 45 minutes late for her afternoon feed. Evelyn ran a fever all day yesterday and today. Poor kiddo fell asleep on the floor. Justin was craving pizza for his once a week carb binge. We ate dinner at Sam and Louie's, which was all good considering my lack of time to cook. Now I have a million photos to comb through for ballet, jazz, and hip hop. Amelia looks darling in her costume this year. It reminds me of Mary Poppins!

Evelyn is fascinated with bambaids. She insists on covering an old ouchie she got like 6 weeks ago. It is fully healed but somehow still exists in her mind. The prettier the bambaid the better, though she will not refuse a Paw Patrol, Ninja Turtle, or Star Wars motif. This week she tried to wash the kitchen floor. She took the hand sprayer and sprayed half the kitchen floor. I ended up with a really clean kitchen floor after I swabbed up the water with 7 bath towels.

Posted by Jenni Call at 10:38 AM 0 Stupendous Remarks