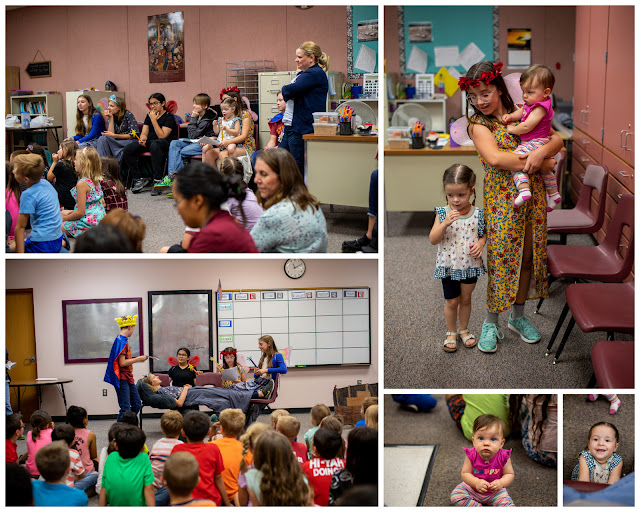 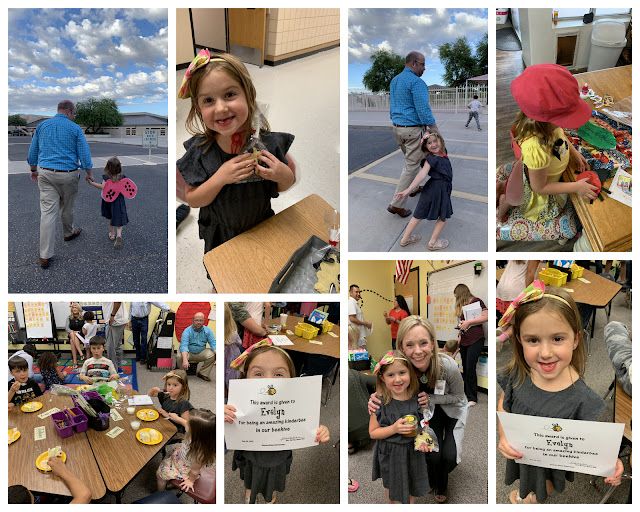 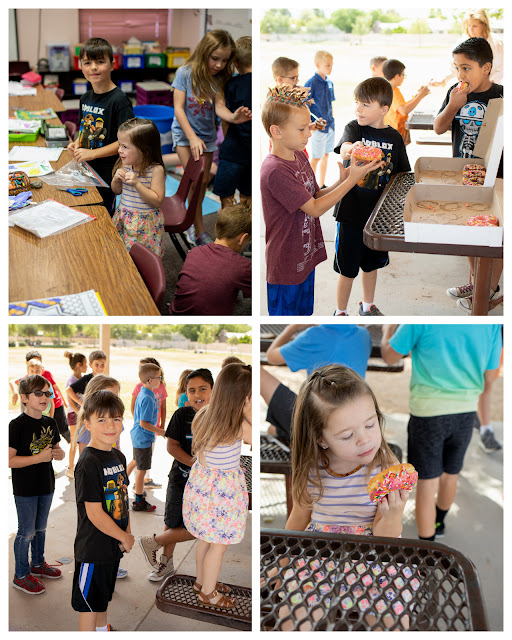 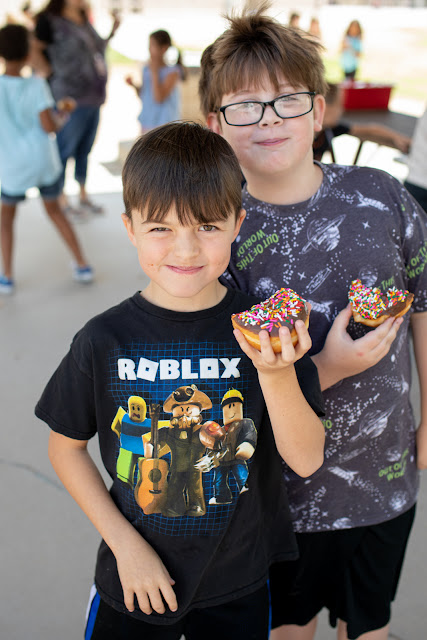 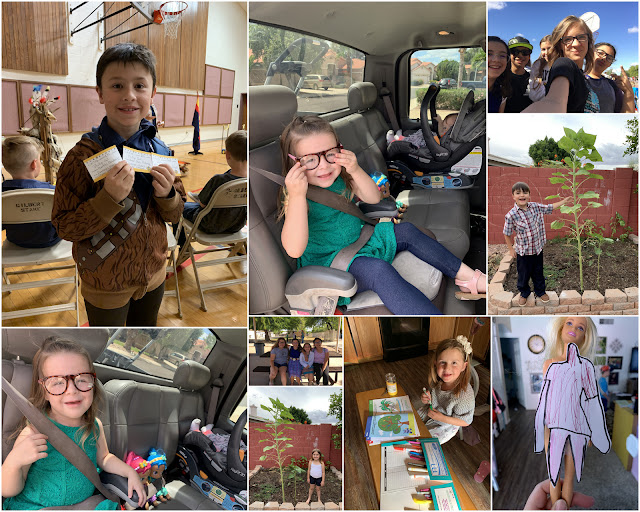 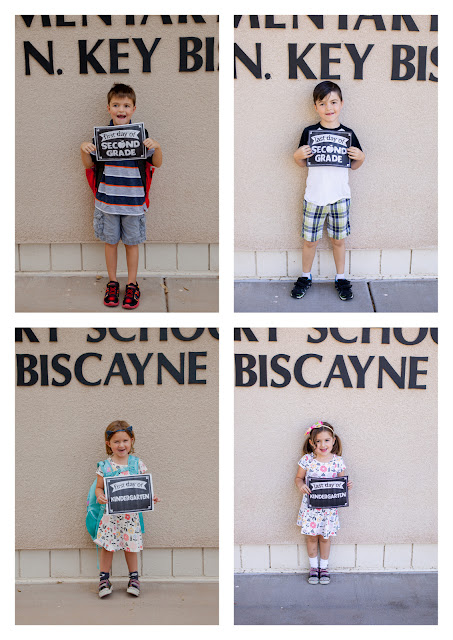 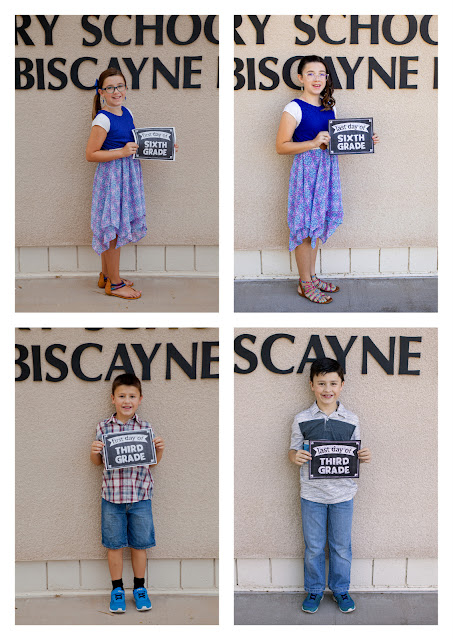 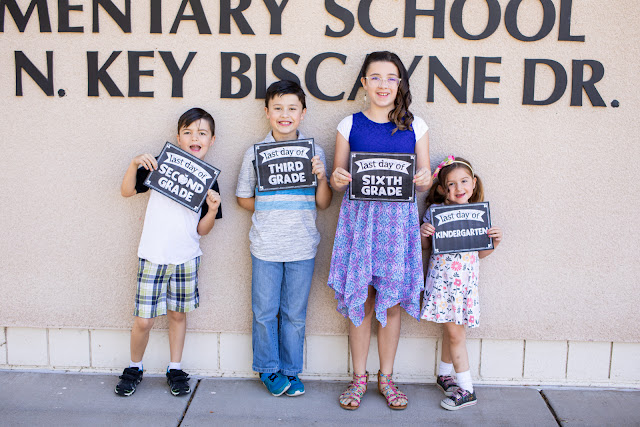 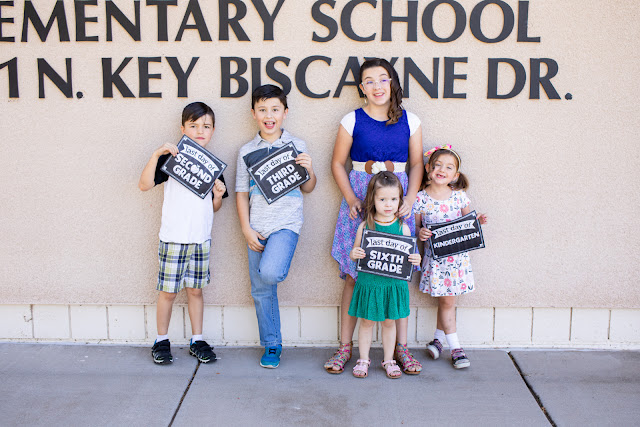 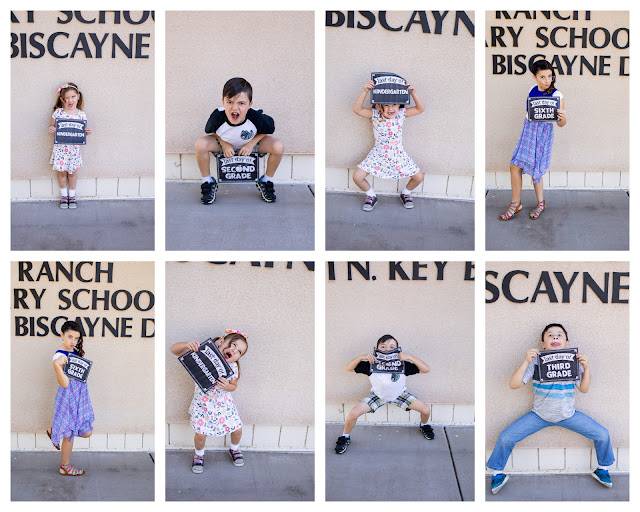 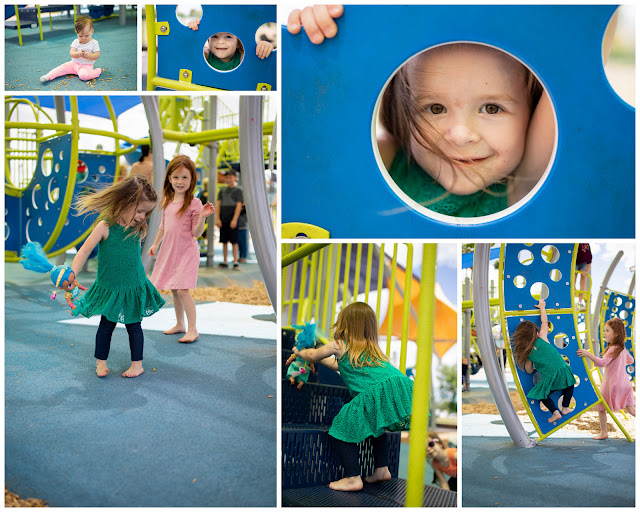 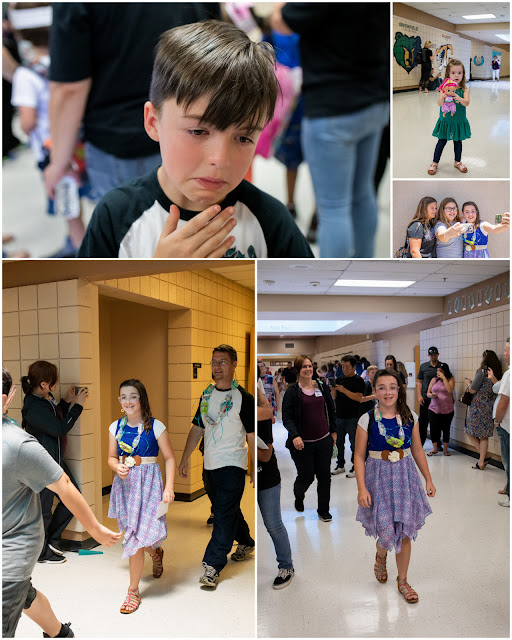 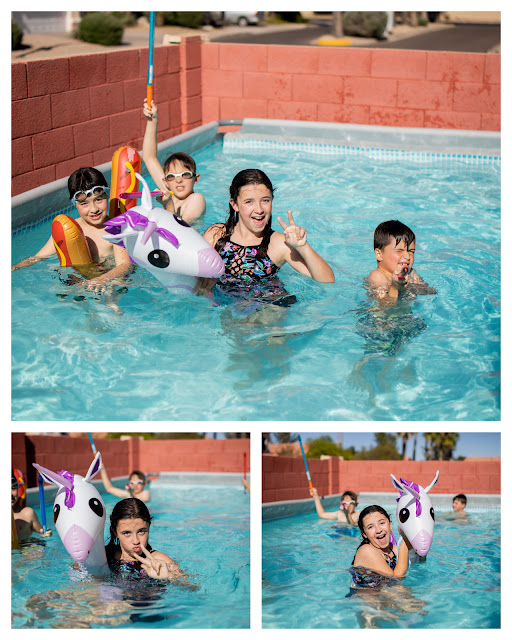 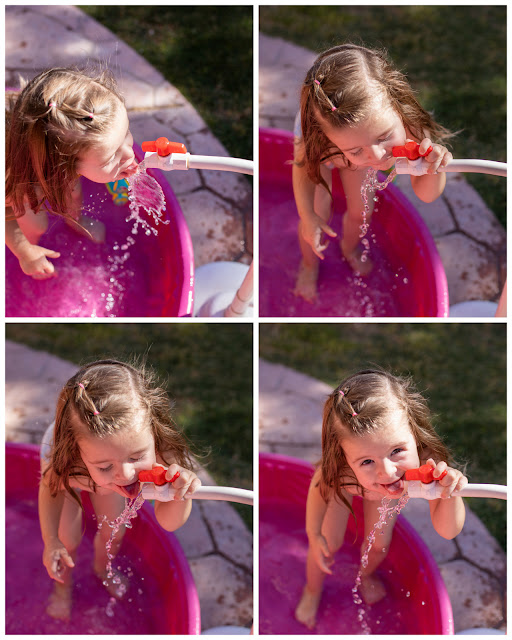 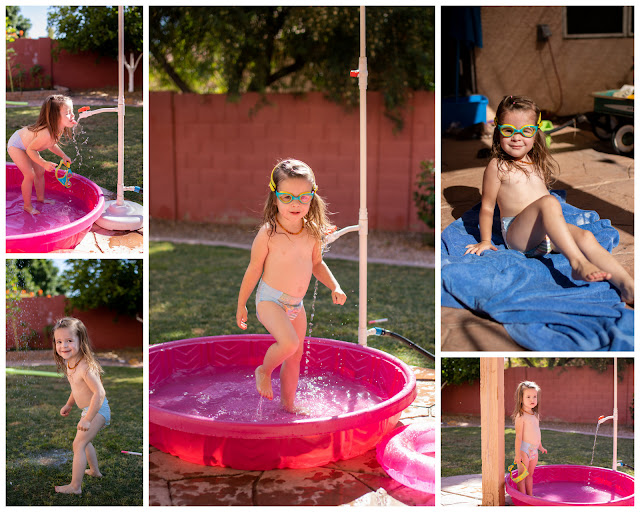 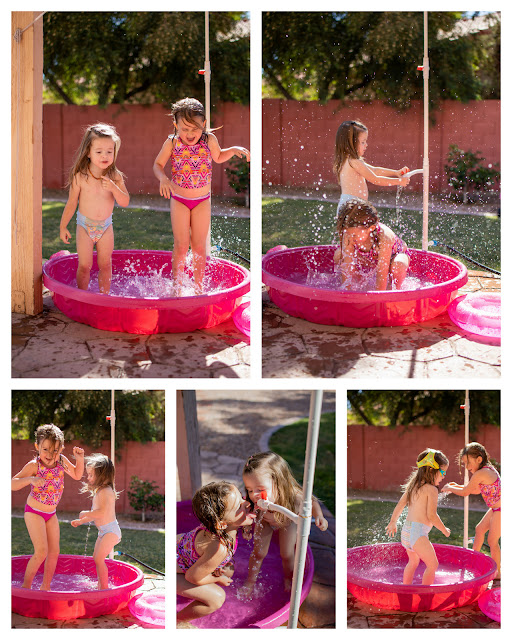 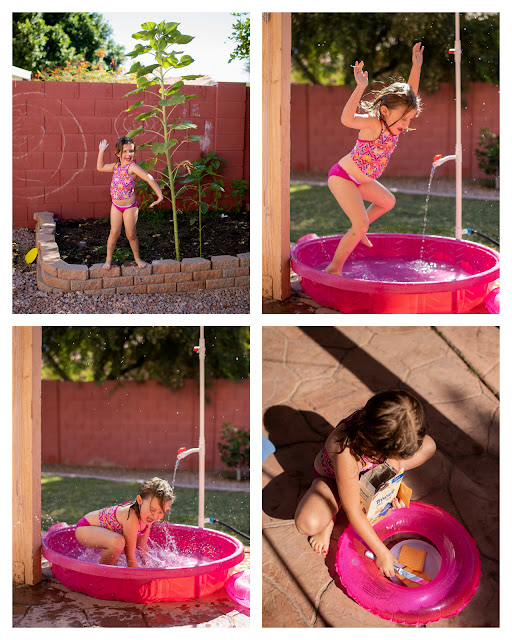 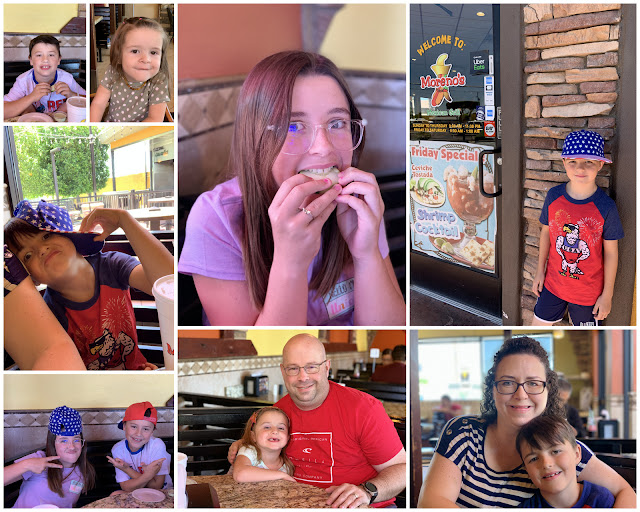 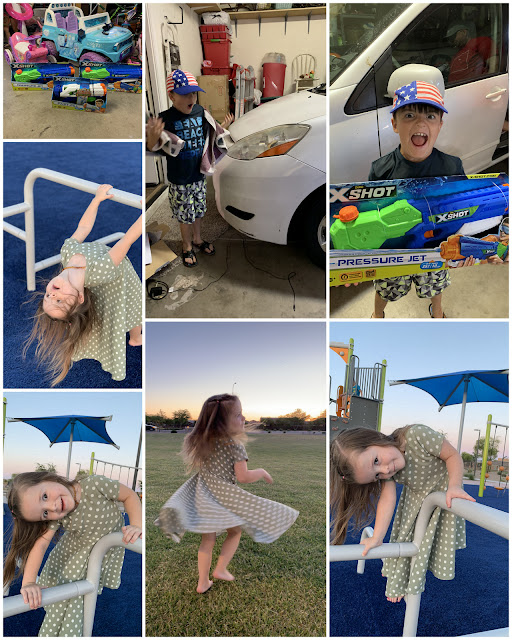 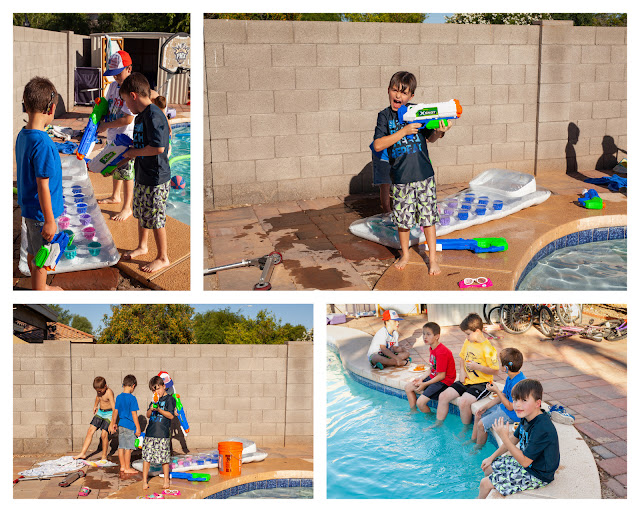 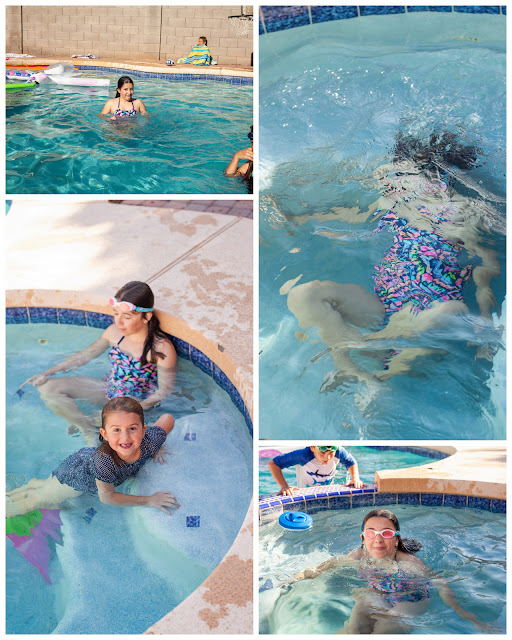 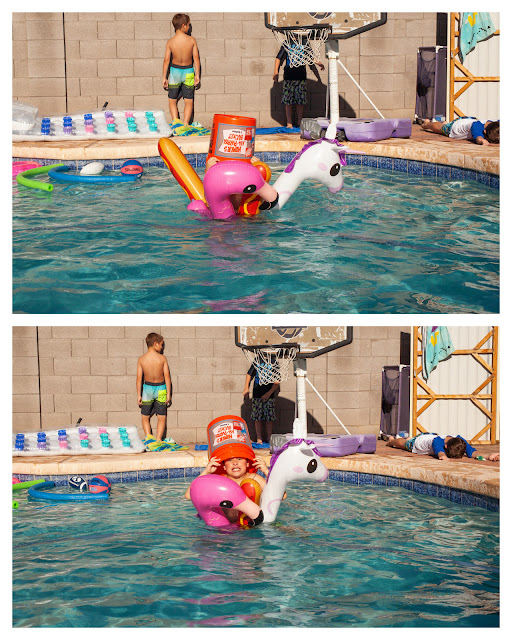 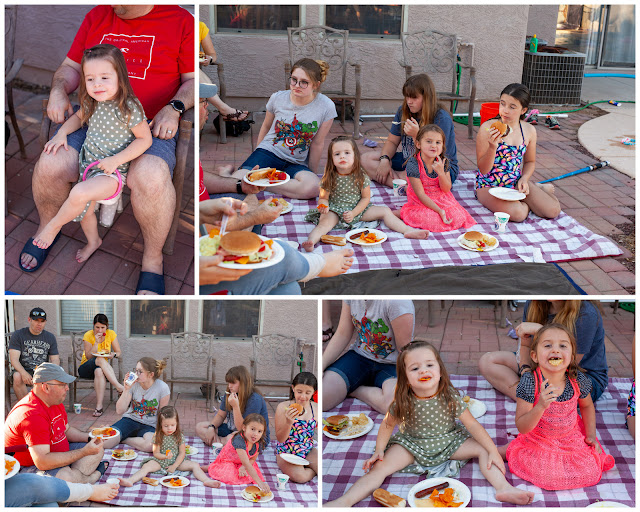 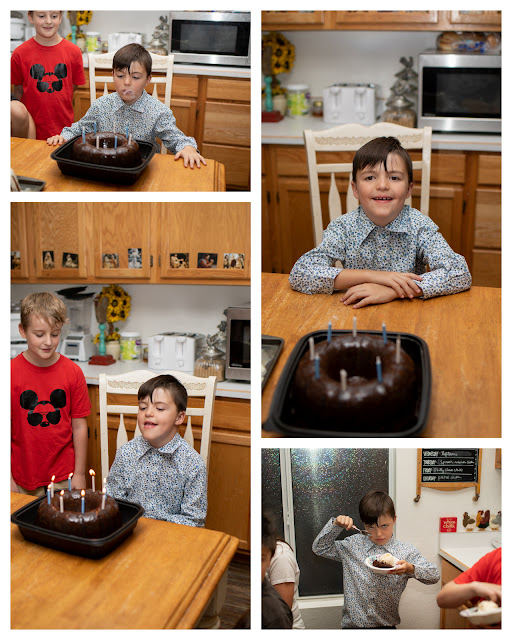 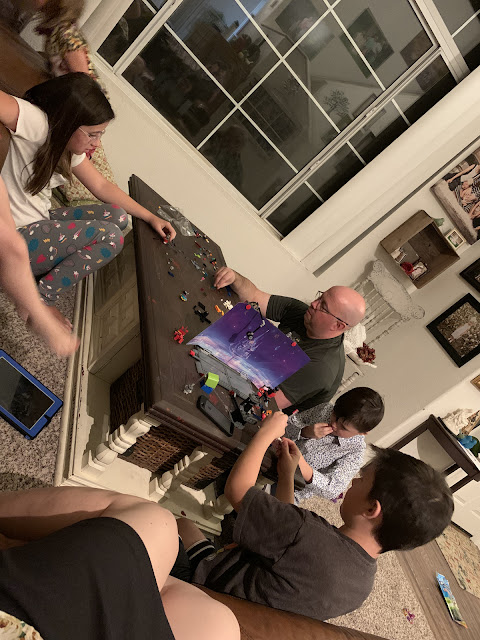 The last week of school is always ever so exciting! The kids get to do fun activities, have parties, and clean up their classrooms. We started out the week with the van in the shop to get fixed. The wheel bearing was clearly bad, made so much noise I could not think while driving. Also took it in for the doors to get fixed. We were without the van until Friday. For once I was grateful for the truck. It was enough to get us from here to there for the week. I do hate parking that beast, it's turn radius is terrible.

Amelia's ALP teacher let the kids organize a reader's theater for the first time in over 4 years! The kids finished all their work a full week early. The kids in Amelia's group organized a group text to coordinate costumes and props. Oh my gracious, my phone was blowing up with texts at all the odd hours of the evening, night, and morning before school. The main texted items were strange memes and animated stickers. Justin and I went on a date and in less than 10 minutes I had 96 unread texts. After the theater I asked to be removed from the group chat. Ha ha. Josie, Gabi, and I went to see the kids perform on Tuesday. Their group had a really funny variation of Sleeping Beauty...who could only be woken with a handshake. It was quite clever. That afternoon was crazy busy. I had to pick up some old barnwood at 5 pm from a guy 20 minutes north of us. The kids helped me tote wood over to the truck.

Wednesday morning Josie and I brought over 2 dozen doughnuts for morning snack to celebrate Everett's birthday! He was thrilled to see us in his classroom. Josie was over the moon to play at the playground after her doughnut. She had quite a crowd of kids following her about, much to her delight. Everett passed out treats to his classmates after a rousing birthday song. After school I caught Evelyn recreating the ladybug life cycle with the props she made in class. She even had her wings on! After dinner we headed to her school. Mrs Norton organized her own graduation ceremony for the kids in her class! So sweet! The kids picked up beehives they crafted, a jar of real honey, and were awarded a certificate. Mrs Norton dished out lots of hugs and poses for photos. We even got a bit of graduation cake and ice cream. She is the best! The boys quite enjoyed pizza parties for lunch that same day. Amelia's class celebrated with a potluck party. Amelia helped me make macaroni salad.

Thursday we were at the school by 8 am to take last day of school photos. The kids wandered to the playground next door until the school gates opened. I had a Dr appointment with the cardiologist at 8:35 am, so had to rush around in order to be there on time. Seems like my thyroid is causing my heart palpitations. The Dr I saw last week called to say I need to stop my thyroid meds, my levels were sky high! It felt silly to continue with the cardiologist but it's best to get a baseline and reading of my heart now. I've always had low blood pressure and excellent heart rate so that's not an issue. Next month I get to wear a heart monitor for 4 weeks, blech and get a long EEG. I laughed when the Dr told me to eat a pickle everyday to help with water retention. Josie and Gabi spent a lovely hour at the park. Josie toted her baby doll along to play with, she sent the doll down the slide 40 times in a row. Those quad muscles got quite the workout! We headed to the school at noon. Amelia was walking the halls with all the other 6th graders, their "graduation" walk out of elementary school. So many tears! Poor Everett was bawling, he loves his teachers and friends. Amelia took the little phone with her to take photos of all her friends. So many selfies! We brought home Chloe and Ronald with us, stuffed everyone into the truck, quite illegally. A little while after lunch Brooklyn and Isla both came over to play for the afternoon as well. Gabi stayed until 3 while she napped. Our house was very full! During family devotional Everett was asked to read Matthew 22:34. He read, "But when the parasites (Pharisees) had heard..." We corrected the pronunciation and he reflected, Pharasites. Close enough little guy! From what we read the Pharisees were Parasites. We quite enjoyed the comic relief. Everett inherited my talent for mis-pronouncing words. I used to say Mormon Table Knacker choir. The other day he asked me to get his medicine in the "ya-know hinge" (syringe). Amelia and I got to shop for swimwear! Wahoo girls outing. I needed new swim bottoms before our beach trip, don't want to lost me drawers again in the ocean. That was traumatic. Amelia needed a full suit for girl's camp.

The girls had dental appointments the first day of summer break! Way to celebrate right? Evelyn has a cavity, she is terrified. I about dropped my teeth when I saw the bill for sealants and the cavity work. I decided against the sealants for now, only $35 per tooth but the added office bills per tooth brought the total up to $100 per tooth per sealant. Yikes. I'm getting a second opinion. I toured a charter school close to our home, trying to find another option for Evelyn this coming school year. The boys got to play with Ryan for the day. They enjoyed some Roblox time, lots of outside time, swimming, and ended with an hour of Lego play. Brother Broughton helped schlep me over to the car shop to retrieve the van. It cost $800 just for parts to fix the van doors, the cable system was failing, a known defect in the van. I was not happy to pay the large bill, but what do you do? The door were rubbing holes in the side panels. The wheel sounds so much better. We all spent several moments of silence enjoying the quiet. I was quite happy to food shop in the afternoon with Evelyn, Amelia held down the fort while Josie napped. We watched How to Train Your Dragon 3 as a family that night. I made stovetop popcorn with coconut oil, only way to eat popcorn if you ask me.

Saturday dawned bright and early. Evelyn poked her head into my room at 6 am to tell me she was all ready for the pool party. Phillip bopped in soon afterward to tell me his bed smelled funny. Evelyn came back in frustrated because eeny meenie miney mo was not delivering the correctly desired swimsuit to her satisfaction. Everett freaked me out a while later, I rolled over to find him staring at me, waiting for me to feel his intense gaze. He wanted to know how long he had to wait until 7:30. Never a dull moment, especially on the only morning I can sleep in. We cleaned like champs! Amelia isolated herself in the kid bathroom and worked some magic. I helped clean the upstairs, my bathroom included. Phillip and I cleaned out crunchwrap's smelly cage. Justin took the bull by the proverbial horns and tackled the kitchen! Yass, Boss! I'll take that. Everett was highly motivated to clean since we were headed out to celebrate his birthday with a much requested lunch at Morenos. We love to celebrate Everett. That kid is such a great helper. Josie bounced awake from her nap, exclaiming, "It's Pool Party Time, NOW?" Yes, it's time. Spenser and Laura hosted a pool party at their home! Raquel, Scot, Emma, and Elijah made the trek down from Logan, UT for the weekend. We were so happy to see them all. Evelyn worked on her swimming skills with help from Aunt Laura. Everett brought along three new water guns he got early for his birthday. The boys watered every inch of the patio. I laughed as the boys stood around an air mattress and filled the spaces with water from the guns. Phillip went swimming with a bucket, he was trying to capture air inside so he could survive on the pool bottom. No one would push him down that far to test his hypothesis. After dinner we headed to the American Ninja parkour park. Josie amazed us with her climbing skills. She really is half monkey. Amelia, Phillip, Everett, and Evelyn all impressed Laura with the length of time they spent in the water, apparently her kids last between 20-30 minutes. My kids can last a couple hours, it's quite amazing. I've given birth to mer-monkies.

Sunday! Best day of the week for Everett. He finally turned the significant age of EIGHT. He finally got to wear his entire spiffy suit to church with his new set of scriptures. He quite enjoyed the spotlight. He got to sit with me up in the stand while I conducted music. During the sacrament break he wanted to know the exact time he was born. I relayed the information, 4:20 pm. He quite adamantly requested to open his gifts right at 4:20 pm, the moment of his birth. We missed the moment by a few minutes but he did indeed get his gifts around 4:30 pm. I hid his gifts around the house and made him hunt for them. He got 400 water balloons, a Lego Movie Maker set, the water guns, the suit, and scriptures. Quite the haul. For his birthday dinner Everett chose fish tacos with lime coleslaw. I made a chocolate bundt cake and a lemon bundt cake. We expected to have Spenser's family and Raquel's family over for dinner and cake. They both cancelled since Raquel and family headed home around 3 pm. We loved seeing them at our home shortly before they headed back. Thankfully, Everett's best friend Owen Russo (and family) were able to come over for cake and ice cream.