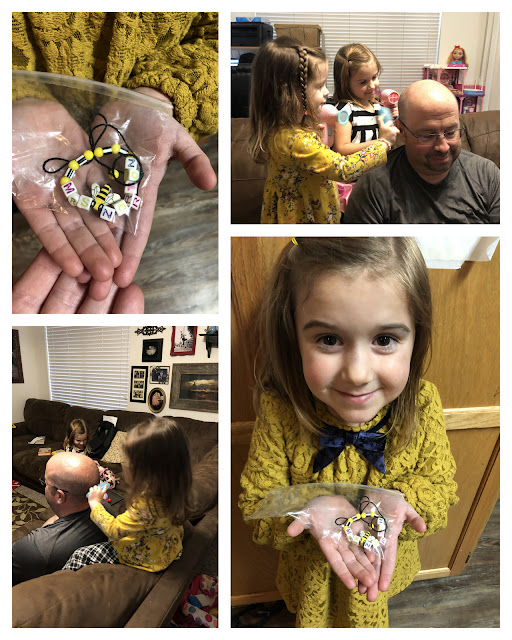 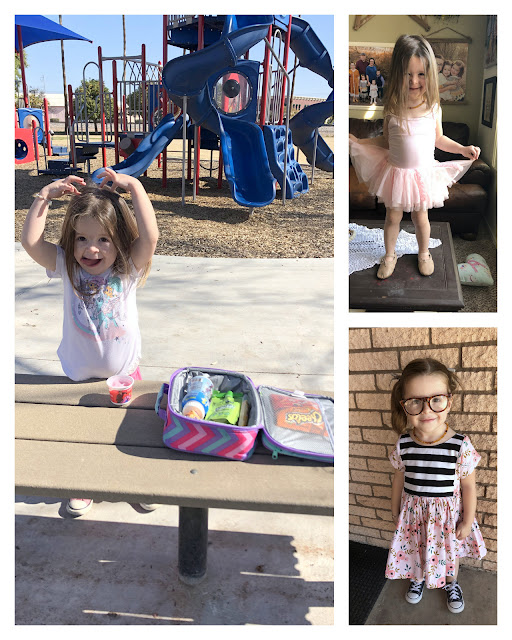 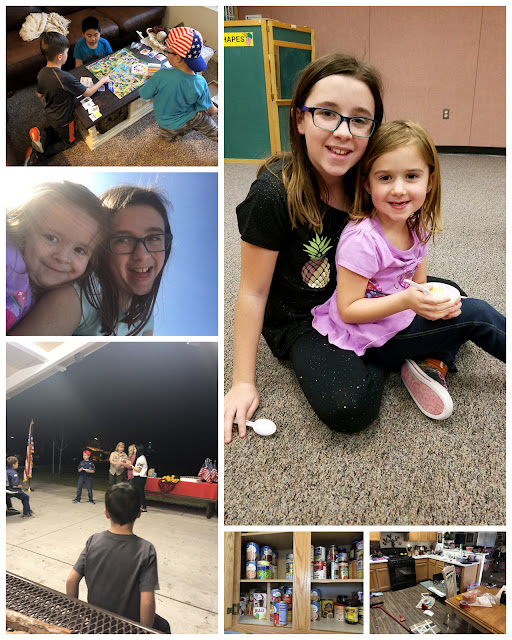 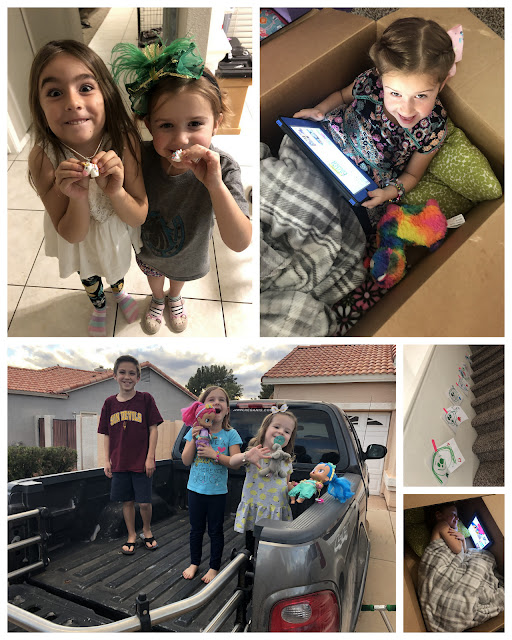 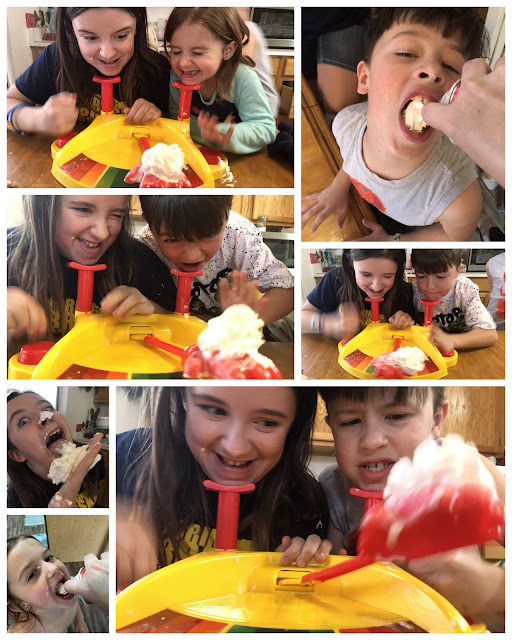 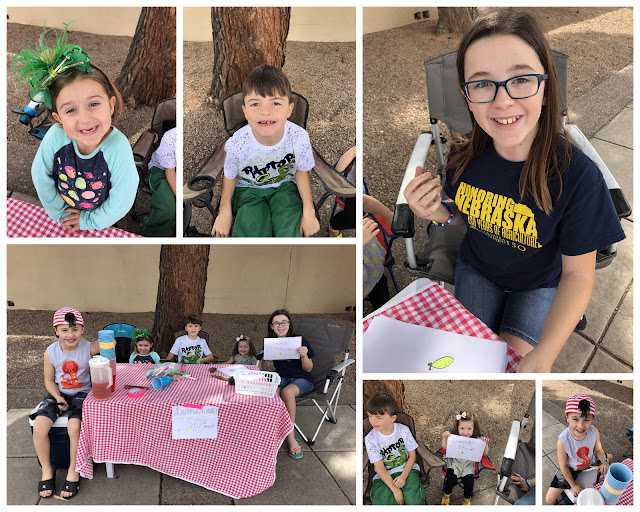 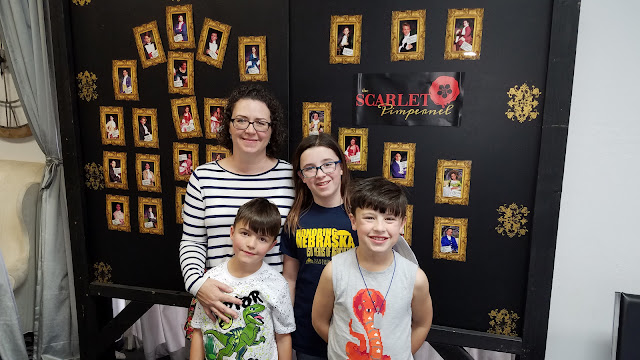 The weather invited lots of outdoor play this week. It is gorgeous outside. The time of year we live for around these parts. The kids had the cutest game going on this week out in Justin's truck. From what I could ascertain the game included ordering, food, music, and such. The kids even chose to play outside on Friday instead of watching a movie! Jacob was over as often as possible. Seems our house is turning into a kid magnet. Monday and Thursday afternoons we have 4-7 extra kids roaming about. I love it! Everett decided the game of LIFE was the newest best thing in his world. I got the game and the kids have played it almost everyday this past week. Evelyn did not want Isla to come over, said she was way too bossy to be a friend. Ha ha ha, I think Evelyn was talking about herself at the same time. The girls had a much better play date this week. She even gave Isla a unicorn B-Eh-F necklace! So sweet. They really do play together well in spite of their quarrels. I often have flashbacks of Amelia and Ella's early tumultuous friendship.

Justin was sick on Monday. Since Gabi was coming over I had to stay clear of our house, we ran errands for a couple hours to DI and Winco. I've had several requests for Gyros, Winco is the only place that carries gyro meat, it's delicious! Gabi's family got really sick in spite of our efforts to stay away. They all came down with the stomach flu and coughs. Gabi came again on Thursday. She is crawling all over the place now.

We enjoyed a fun evening for the Blue and Gold banquet on Tuesday. Phillip earned a new belt loop award. I have not purchased any of his new belt loops since the church announced it would not cover the costs and separation from the program. The kids loved racing about the picnic ramada for a couple hours. Josie fell asleep quickly that night. Justin had a followup appointment regarding a test he took last year called a Qb test. It tests ADD and ADHD in adults and kids. The test measures 4 categories. You have to score outside the normal range on 2 of the 4 tests to be officially diagnosed with ADD or ADHD. He only scored outside the normal range in one category (inattentiveness) but was in the 99th percentile in that category. His provider believes he likely learned to manage some of the other behaviors. He feels rather vindicated with the results! ADD can lead to anxiety and other issues that he deals with on a daily basis. I am pretty sure (99%) that Evelyn also struggles with ADD.

I felt rather accomplished that I fixed a sagging shelf on the cupboard that holds canned goods. All the weight ripped off the tiny support (a tiny screw) a few months ago. I measured (correctly) and cut a board to the correct height. Slipped that new board right in and solved the sag. Since the cupboard was mostly empty I took the chance to organize the cans and my kitchen pantry. The pantry storage is quite vast. The problem is the storage is deep, a natural consequence is all the unused items get shoved to the back and forgotten. I still have not come up with a solution. Ideas? While I organized the shelves the rest of the house went to pot. I am about to the point of walking around my house with huge garbage bags and solving the clutter problem. If someone wants an item back then they can "find" it. Put it away or it gets bagged. I love my idea so much I bought huge black garbage bags this week. YES!

We are all praying for my grandma Baerwaldt. She was in the ER and intensive care for sepsis. She was moved off the regular care and put into the hospice program. Basically instead of trying to cure her ailments now her pain will be managed so she can naturally pass away. I pray she will pass quicker than her predicted year. She is in so much pain and hates life. I prayed on Friday that Grandma could pass to heaven and be reunited with Grandpa. After the prayer all the kids were crying! They thought I wanted Grandma to die. I do, but just because I hate to see her suffer. I cannot wait for her to get her health and vitality back. We are planning a trip to Utah for Easter this year, I hope we can all say goodbye, hope she can hang on until then. She's lived a long and productive life. I love her for her life of goodness and love.

Saturday the kids decided to set up a Lemonade stand. They brought in $14 in just 90 minutes. Everett almost got hit by a car crossing the street on his bike after taping up signs around the oval. He thinks cars can see him. We had quite a serious discussion about bike safety again and again. Business was quite scarce, they gave up after 90 minutes. The only reason they earned $14 was a truck load of construction workers stopped and bought out their stock! They were quite pleased. The kids amused themselves with a can of whipped cream and pie face. The faces Amelia pulled are hilarious. She was the winner. Jacob Godard agreed to babysit Evelyn and Josie from 2:30-5:30 while the rest of us went to see the Scarlet Pimpernel. He is such a dependable boy, actually plays with the girls. From what he reported they had a great time watching a movie and playing. We arrived home to find the girls and Jacob waiting for us in the truck bed waving dolls and wreathed with smiles. The Van Holten girls were in the Scarlet Pimpernel (think the 1980s movie version). The theater is geared towards kids ages 10-18, no adults. I was so impressed. Everett was hopping with laughter over the fight scene and the sword fighting! Hooray for a spot of culture.

**I love how Josie says licking: lipping. Mom! I'm lipping you like a dog!