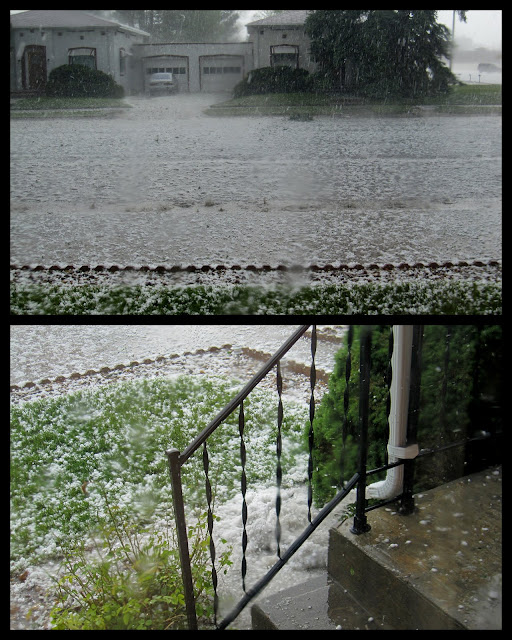 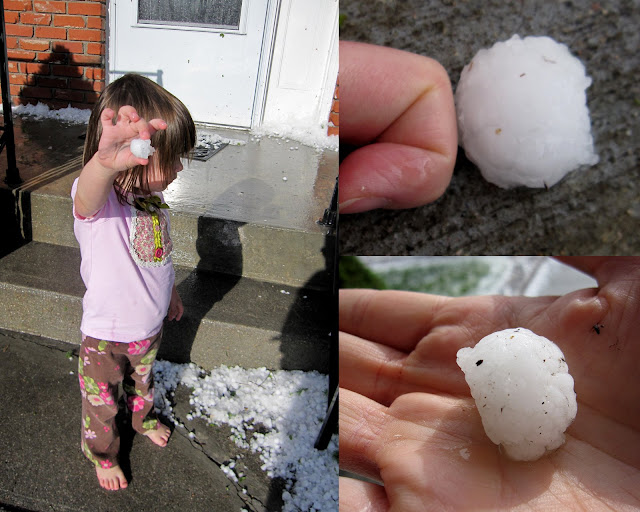 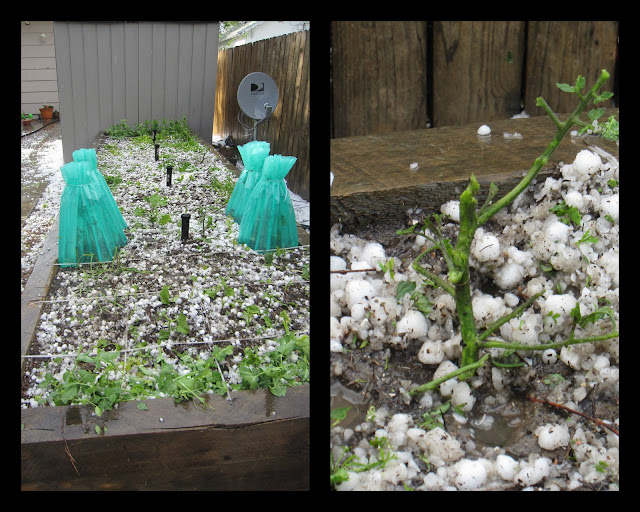 LOL, I felt like swearing after this storm ripped through the area. We were sitting down just finishing our spaghetti and talking about going to the park. Mother Nature unleashed a gnarley storm instead. All of the sudden we heard a malestrom of noise as HUGE stones of ice rained down. Some of the stones were larger than an inch, most were about the size of a nickel. Some of our window screens were torn open because of the hail. Within a matter of minutes shreds of flowers, leaves, grass, and trees were flying all over the place. Our gutters filled with about 2 feet of water and soon spread across the street. Amelia aptly asked me if there was ice water outside! Ice? Yes! Water? Yes! My poor little garden was torn to shreds. I found radishes ripped out and lying a couple feet away. This morning I noticed a hole deeper than my index finger from one ambitious hail stone. Only ten minutes later and the sun was shining, the wind relaxed, and a huge rainbow spangled the sky. I feel for the farmers! I heard many reports of people (like Alison and Maleia) who were outside when the storm came and have welts where the stones hit.

Phillip is teething again, so is not my happy boy. He learned how to say "all done" and what it means on Sunday. As I nursed him last night he finished, sat up with a flourish, and exhauntly yelled, "Ahhhh Dun!" Then went on to the next exciting adventure. Monday night I watched him learn how to move forwards using his fingertips, toes, and the inch worm move. His motivation was a pile of chips on the floor 5 feet away. He is much happier on the floor now that he can move a little.

Justin and I now have new cutting edge phones. Verizon gave us a rockin' deal to upgrade our phones soon after Alltel was phased out. I chose the Palm Pixie Pro and Justin has the Driod. Mine came with a fun green case! Holy smokes, it is complicated! I spent all morning trying to get my contacts moved over to Google so my phone could sync some contacts. My new ringer is "yo ho, a pirate's life for me" Amelia's new favorite song. I actually wanted Jay-z, Hard Knock Life, but will keep the Pirate one for a while. LOL. Wish me luck! I may accidently call you or want to call and can't. 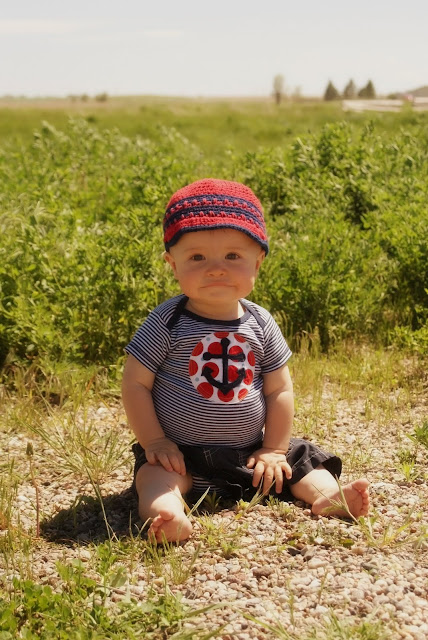 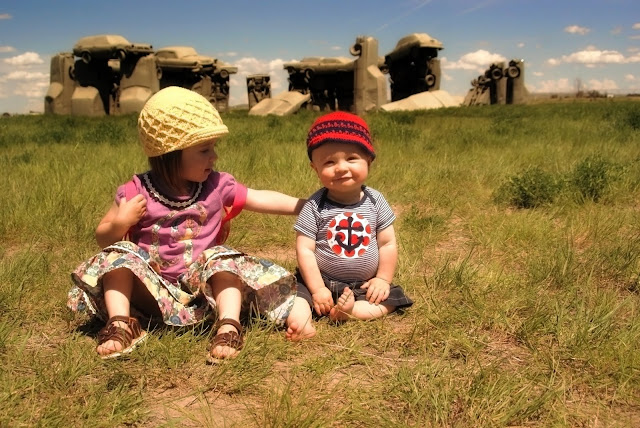 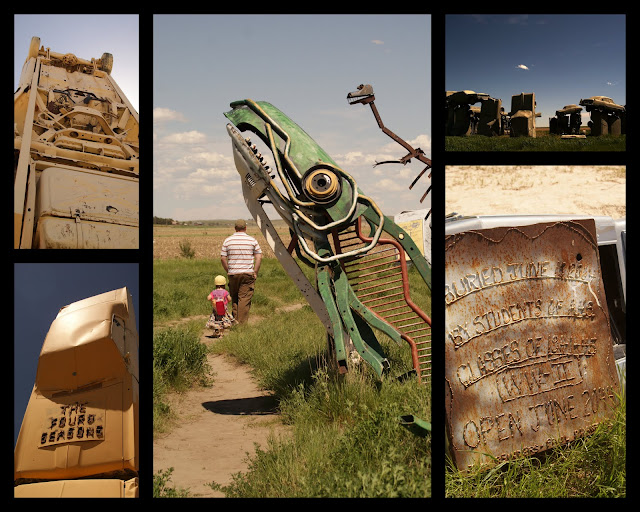 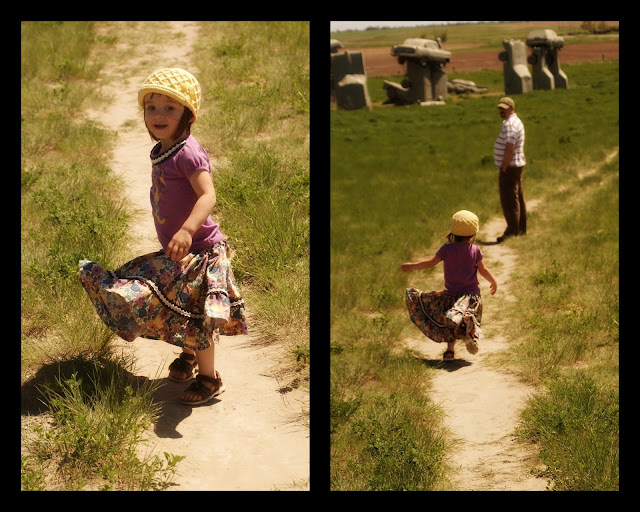 We wanted to do SOMETHING on Memorial Day, so we jumped in the car and drove 2 hours to see car-henge. It is a replica of Stonehenge with, well, cars. Here in the mid-west there is an overabundance of old cars so someone recycled some into car art. We drove around the little town of Alliance, made an emergency stop at Kmart (shopping emergency for a Phillip binky), had lunch, went to carhenge, then drove around some more. The drive there and back was so gorgeous! We were really enjoying the changing terrain and the lush greenness of spring. Amelia loved running around in her flouncy skirt. We made a jaunt to Scottsbluff for Home Depot and Walmart. That sorta made the trip more worth while. Spending time with our little family was sure enjoyable.