An Inch of Hail 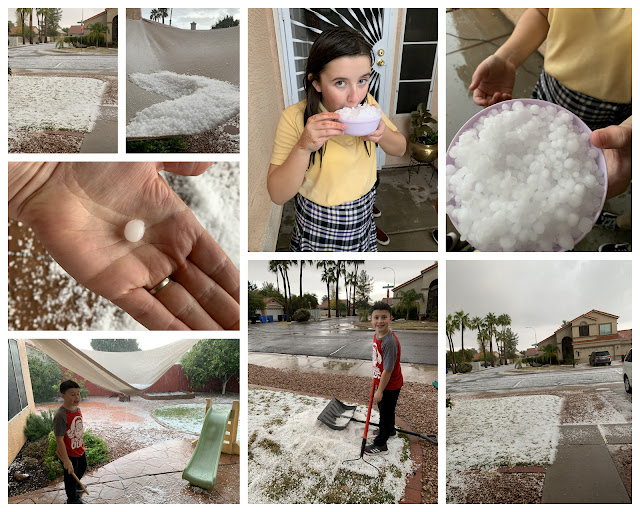 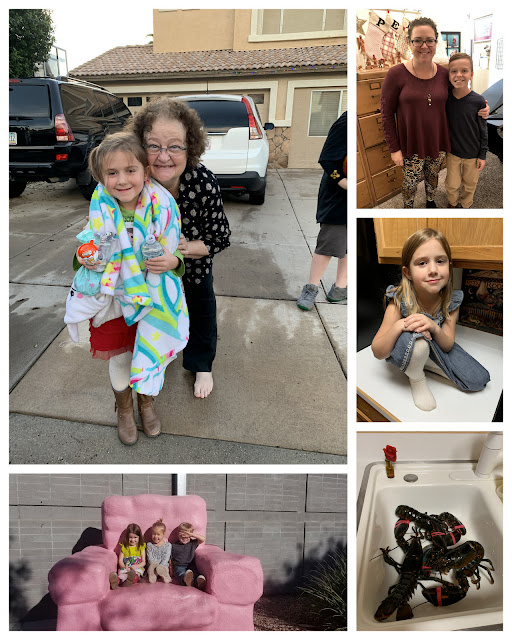 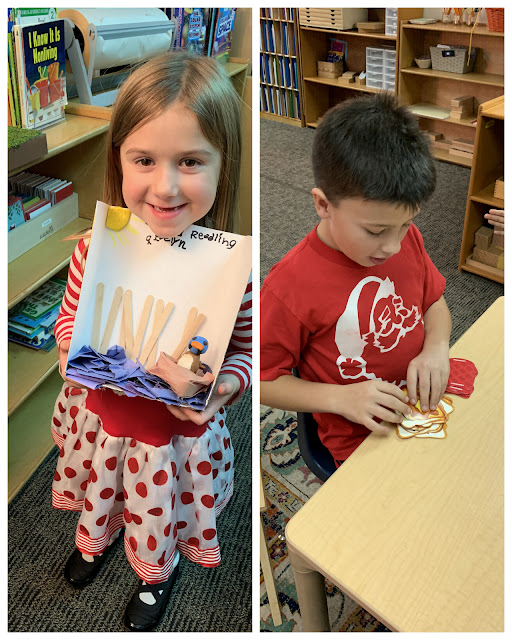 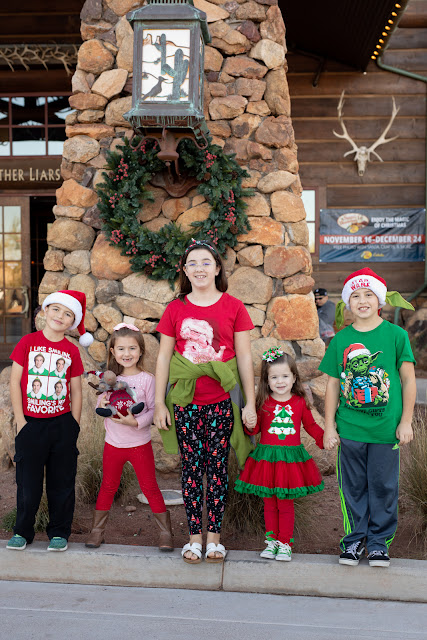 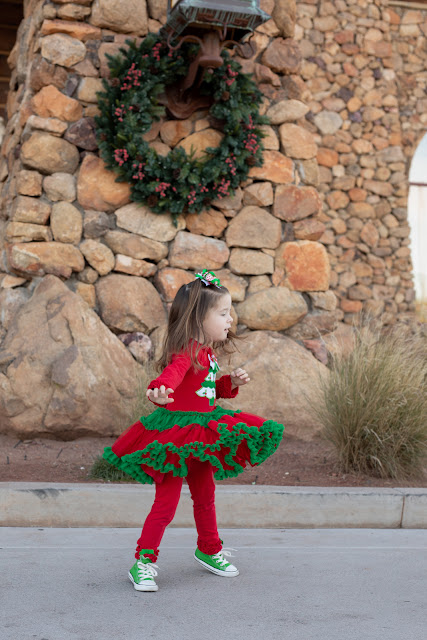 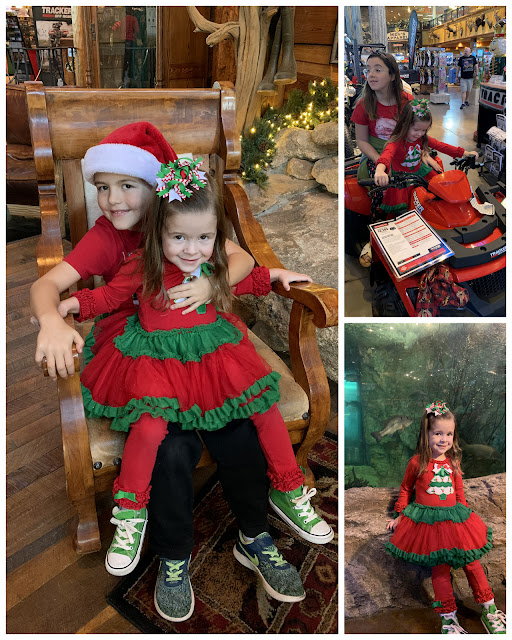 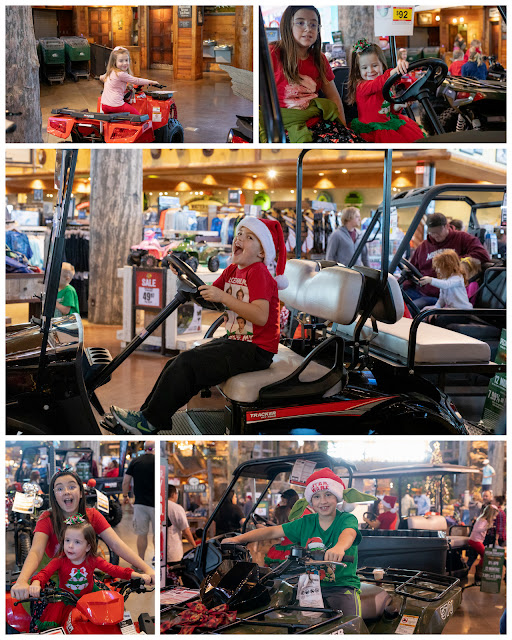 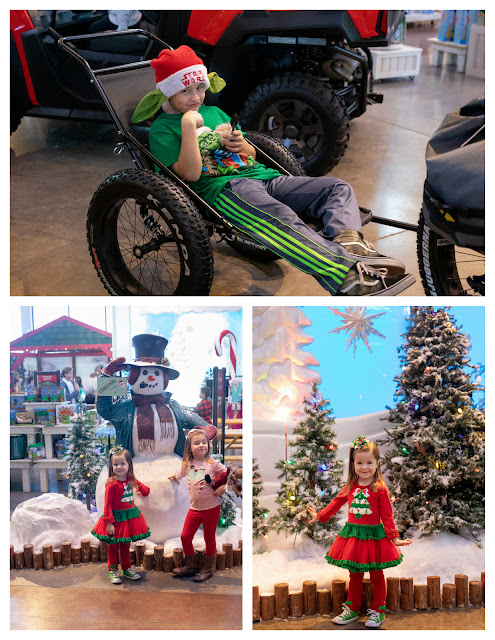 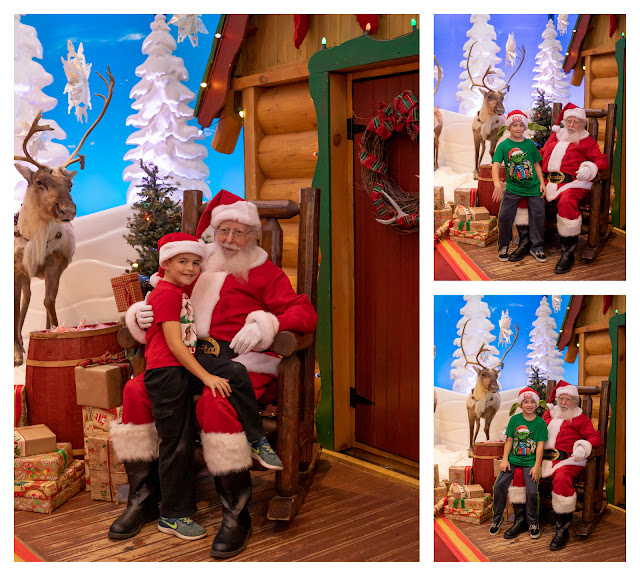 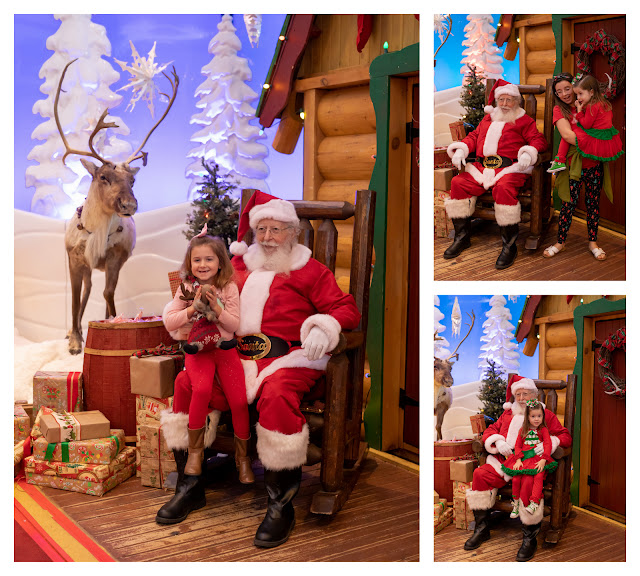 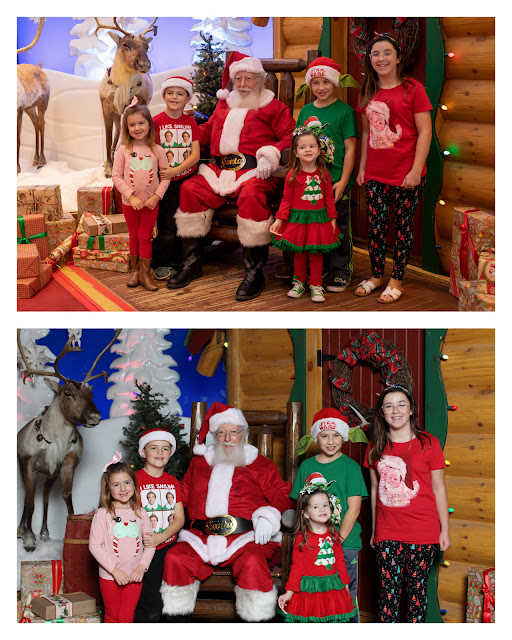 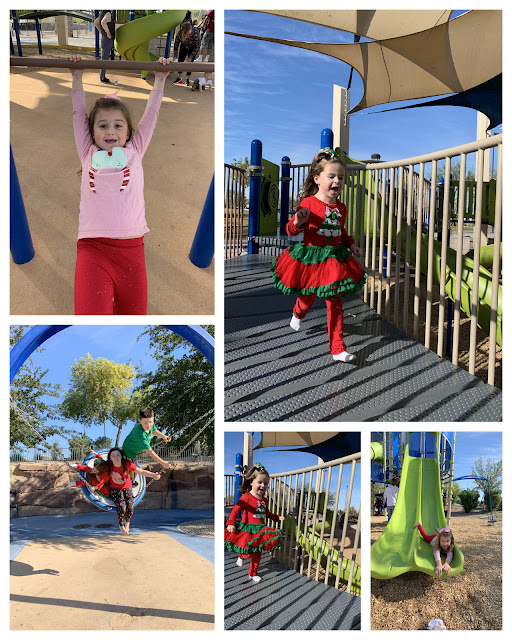 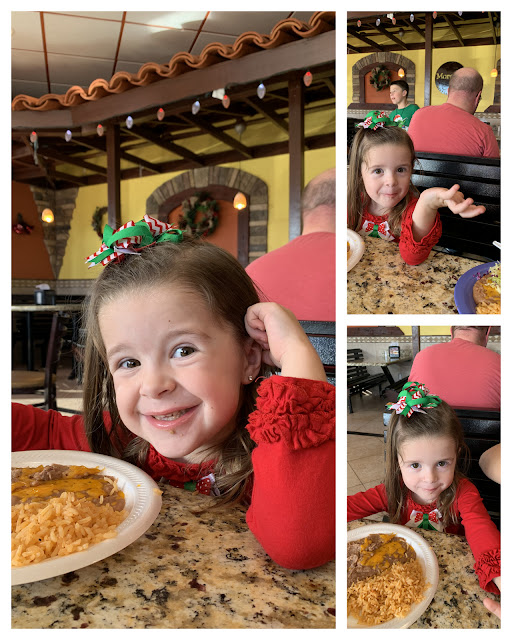 Monday it was my turn for carpool pick up. It was a cloudy, oppressive sort of day outside. I got a panicked text and phone call from Mia that it was seriously hailing. I was 4 miles away from home, it was drizzling and dripping a bit of rain, nothing of note. On some level, I was sure Amelia forgot what hail was really like. Once we crossed the border between Mesa and Gilbert the hail started. I kid you not, it hailed non-stop for over 30 minutes. We had a leg-it Nebraska-worthy hail storm, Mia's memory served her right! By the time I pulled into the driveway the kids were ALL outside scooping up bowls of ice pellets, mixing in snow cone syrup for a tasty treat. Phillip brought out our only snow shovel to scoop up huge piles of hail stones. We dumped about 30 pounds of ice off the sail sunscreen! That was quite fun. All the kids were shivering with cold and loving every moment. They all warmed up with hot cocoa and wearing 2-3 layers of their warmest pajamas.

Tuesday evening my piano students performed in our Christmas Piano Recital. It was nice not to scramble to get the house clean because it was still immaculately clean (best feeling ever). Marianne caught a nasty cough so only three families attended! Brigdon's family left right after his songs, so we were down to 3 adults plus our family and Chloe. I was expecting more family members to show up, picked up 3 dozen doughnuts as a special treat. We were left with 2.5 dozen doughnuts to indulge in, good grief that was too much sugar. Phillip and Everett performed so nicely. They practiced and practiced until their songs were perfect. Recital nerves always results in a couple finger flubs, but still they were awesome. Lyndsey told me after they left that Blake said, "You mean that was the last time I'll see my piano teacher? Well, we should have had a moment!" He cracks me up. I saw him the next day, we had a moment! Ha ha ha. Evelyn and I worked hard over the weekend to collect facts about the Bearded Reedling, a tiny marsh bird native to Europe. After the recital we worked on making a diorama with an old box, clay for the bird and sun (plus some pink in the nest for color), torn blue paper for the water, and Popsicle sticks for reeds. I quite enjoyed working with Evelyn on her project. I helped with the hot glue gun, she did the rest herself!

Everett also needed help writing a report on Portugal for a Social Studies project. We researched a bit and he decided to focus on the foods of Portugal. Wednesday we worked on a poster board for his presentation at school. We had a bit of trouble communicating. I think he wanted me to do all the work for him, but I made him come up with the ideas and write everything out. His poster looked pretty good for a 3rd grader.

Evelyn presented her Bearded Reedling project Thursday morning. Josie got to play with Keturah Smith at the Idea Museum all morning! She was a bit reluctant to go but had a super time with Ezra and Julia. It was nice to just focus on Evelyn for a bit. She refused to present until she had to as the last presenter. She was so cute twisting her hair while telling about herself and READING her report. She is turning into a good reader, no surprise there. After reading her report her classmates asked questions about the Bearded Reedling that she tried to answer. That girl is the cutest, she can pull of anything...once her mind is set. I found myself alone with two hours to spare. Soooooo, I went Christmas shopping. I hit Walmart and Target collecting all the things for Christmas this year. It was so nice not to battle the crowds swarming the stores on a Saturday.

Friday we had a quick family clean-up in the house. I vacuumed, swept, and mopped again. Phillip is totally into Fantastic Beasts so he was quite the whiz helping out so he could watch the first movie. We left our house by 9 am on Saturday morning. Edgar hosted an Open House from 9-1:30 pm. Justin left super early to grab tickets for Santa's Wonderland at Bass Pro. I still feel like a cheater going to the store but free photos and experience are hard to beat. The rest of us caught up at 9:35 just in time to enjoy the fun activities before getting in line. Tickets went fast but Justin snagged tickets so we did not have to wait long. Josie was so cute, she would not look at Santa, made Mia take her over, she tolerated a short sit on Santa's lap. I could see her whisper "Santa, I want a baby My Little Pony with a crown and bottle." Everett wrapped himself right up, completely at ease! Phillip was unsure if he could sit on Santa's lap, so he did the most hilarious backwards wiggle, easing himself onto one of Santa's legs. I about died laughing! All I saw was "beep, beep, load coming through!" Ha ha ha. Amelia refused to have a turn, but lowered herself to get a group photo. I am totally into child torture and embarrassment. I got my just dues when Josie threw a royal tantrum over a fishing rod and then a camping lantern. Phew, she is one stubborn kid when she wants to be. She does not get things usually when she and I shop, she gets one thing a month as an allowance. Sometimes a small treat if she behaves. Cry away kid! She threw another royal tantrum at Joann Fabric store earlier in the week. Her eyes beheld the most beautiful Frozen treasure chest, she toted it around the store for 30 minutes. She heard me say a few times I was not getting her the chest, stubborn girl insisted. We left with her purple in the face screaming about the Elsa Treasure Chest. Nope, double and triple NOPE. Back to the real narrative. The kids played at the park across from the shopping center for an hour or so. Everett was playing a form of chase, he and this other little boy were "girl slapping" each other if caught by the other. I was afraid that game would turn into real slapping and punching, stepped in as mean mom. That park is really fun to play in, so many fun areas for all different ages. We still had over an hour to burn, went to lunch at Moreno's. Forced absence from our home seemed like a good excuse to eat out. Only two people and a curious neighbor attended the Open House, boo.

Amelia, Chloe, and I went out shopping after we could go back home. Evelyn decided to change her Christmas list, like completely. I returned two items at Walmart, returned an item to Big Lots, and went to Joann's for the treasure chest, then Old Navy and Marshalls. The girls were hilarious! I forgot how silly girls are out shopping. Amelia and Chloe chose gifts for a little gift exchange they are hosting next week. Lastly, we went to Target so the girls could choose matching "Chloes" aka hoodies. I spotted the perfect hoodies on Tuesday, a sherbet tie-dyed hoodie with Star Wars on the front and the Rebel symbol on the back. I was pooped after that long day. Came home only to realize the Christensen's Posada was starting in 20 minutes and I signed up to bring apple cider. I quickly assembled the ingredients and boiled the brew for a bit before putting it in the crock pot...faux crock pot cooking! Over a 100 people showed up for the Posada! Every year the attendance goes up, hooray for lots of friends. Josie did not eat a scrap of food, it was too yucky. Her loss, nothing beats street tacos.

I worked to finalize the music for our Christmas program next Sunday. I hope the songs and performances bring the spirit to those looking for a spot of warmth in their heart this season. We've practiced long and hard to do our best this Sunday. I'm grateful for all the talented folks who volunteer their time and efforts.

**Phillip introduced Josie to the most annoying (and inappropriate) song: "Up Butt Coconut" a crass song about a monkey, butts, and coconuts. He was near tears because Josie played the song about 30 times in a row. He promised to never introduce gross songs to his sister again. That artist and song is blocked. Think Weird Al Yankovich of 2019 level of strange. Poor Ronald was so annoyed with the situation. I was not around for the experience but heard about it later. Thankfully, she forgot about the song and does not recall the words.  Anyone who plays that song will get a stiff consequence.