Come to the Dark Side...We Have Bacon 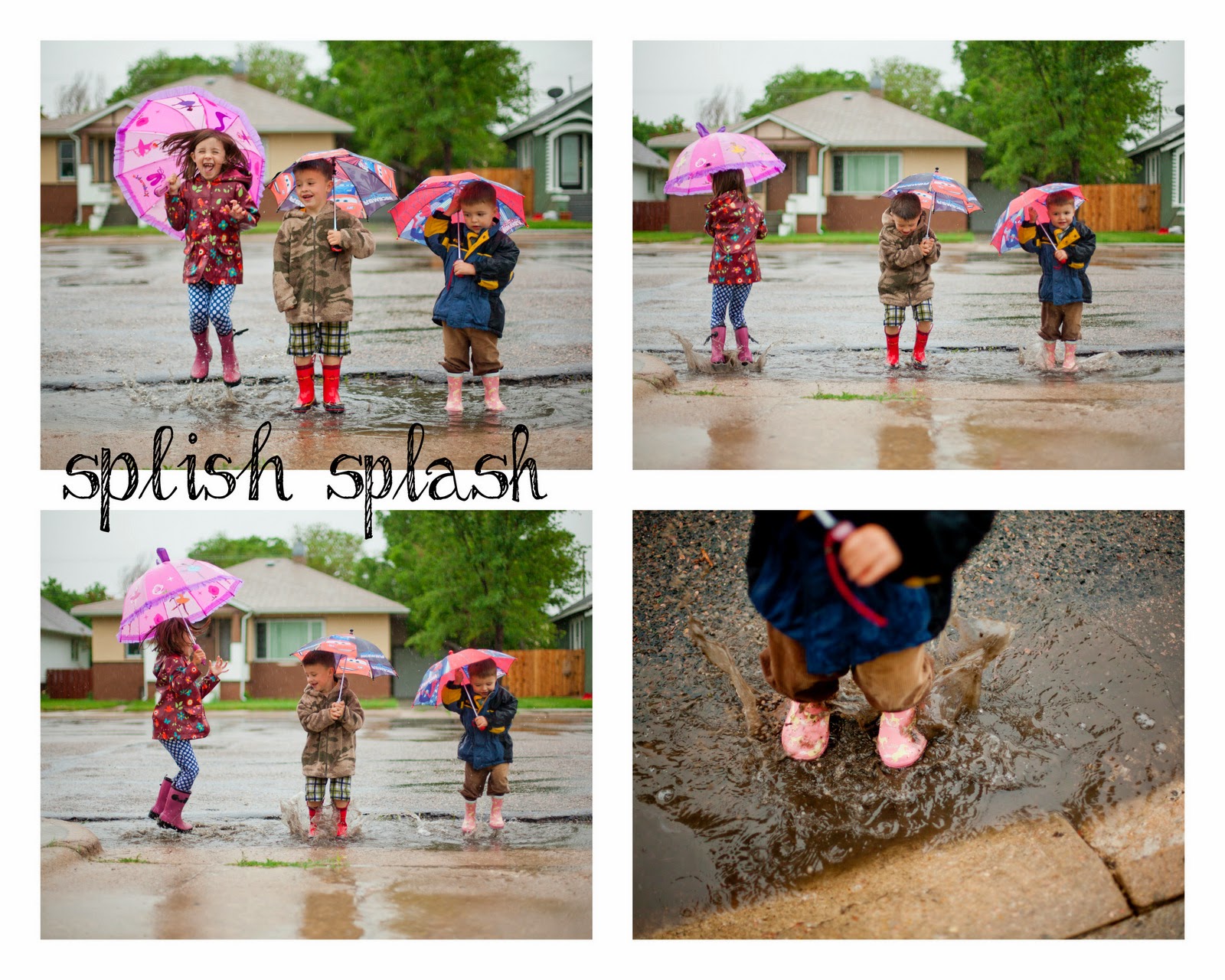 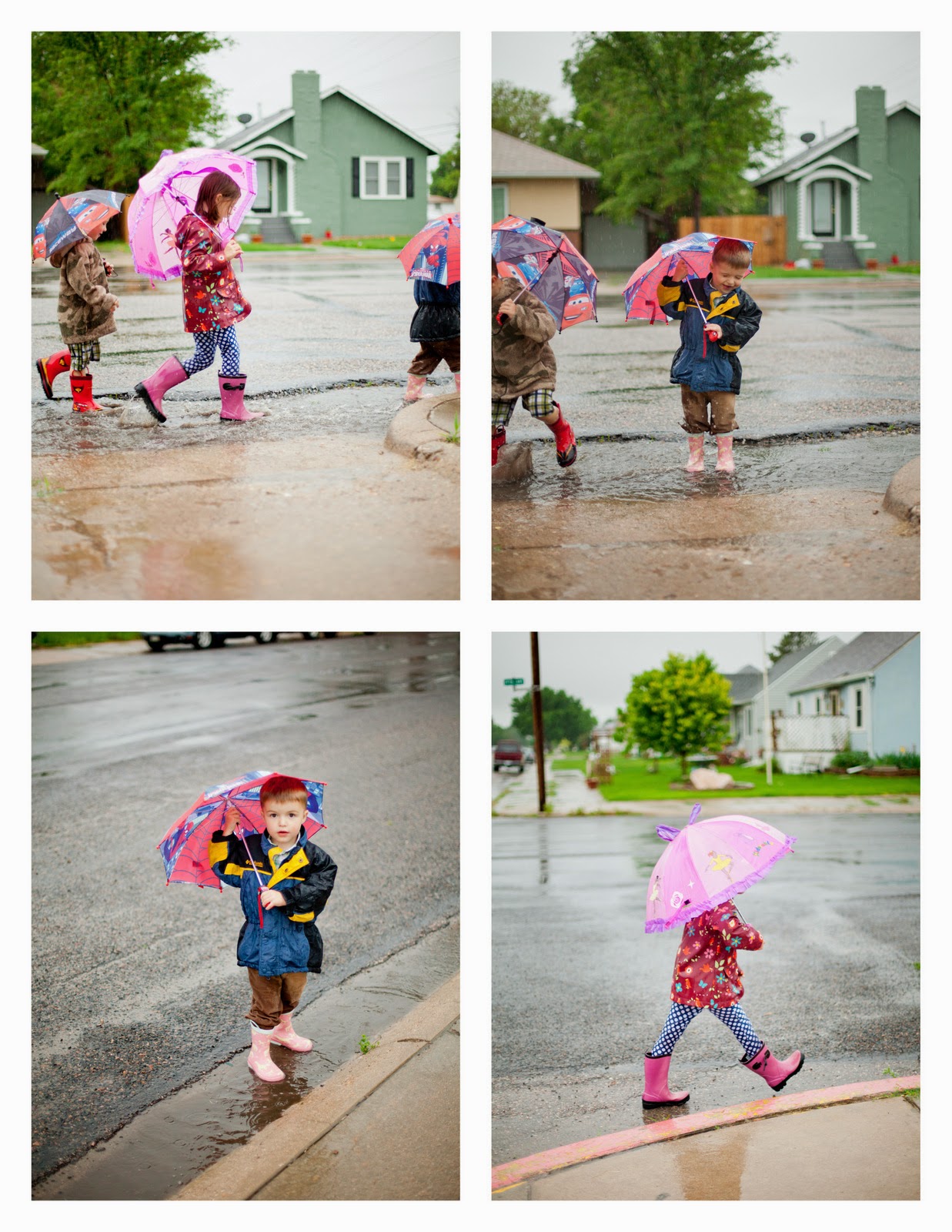 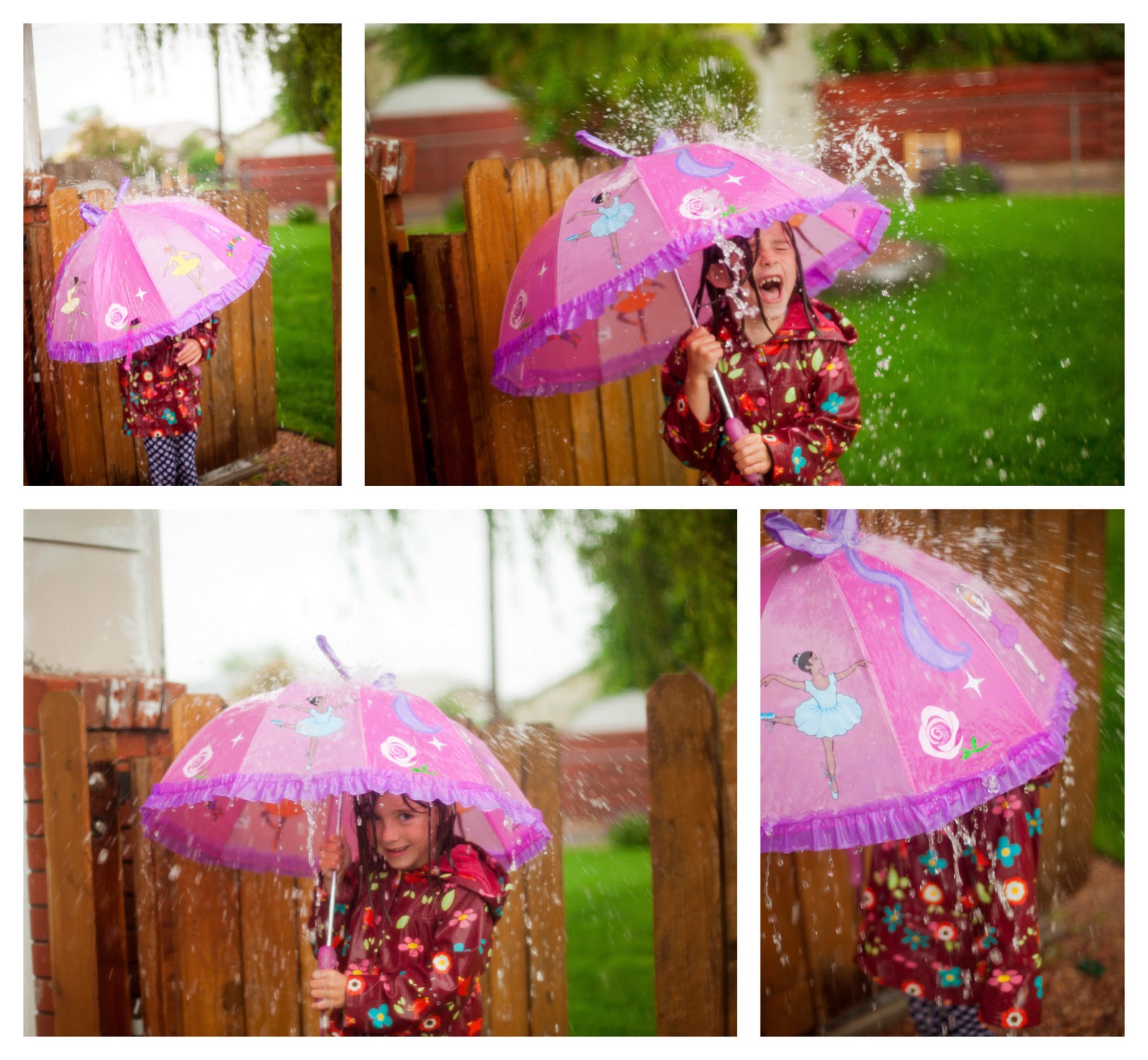 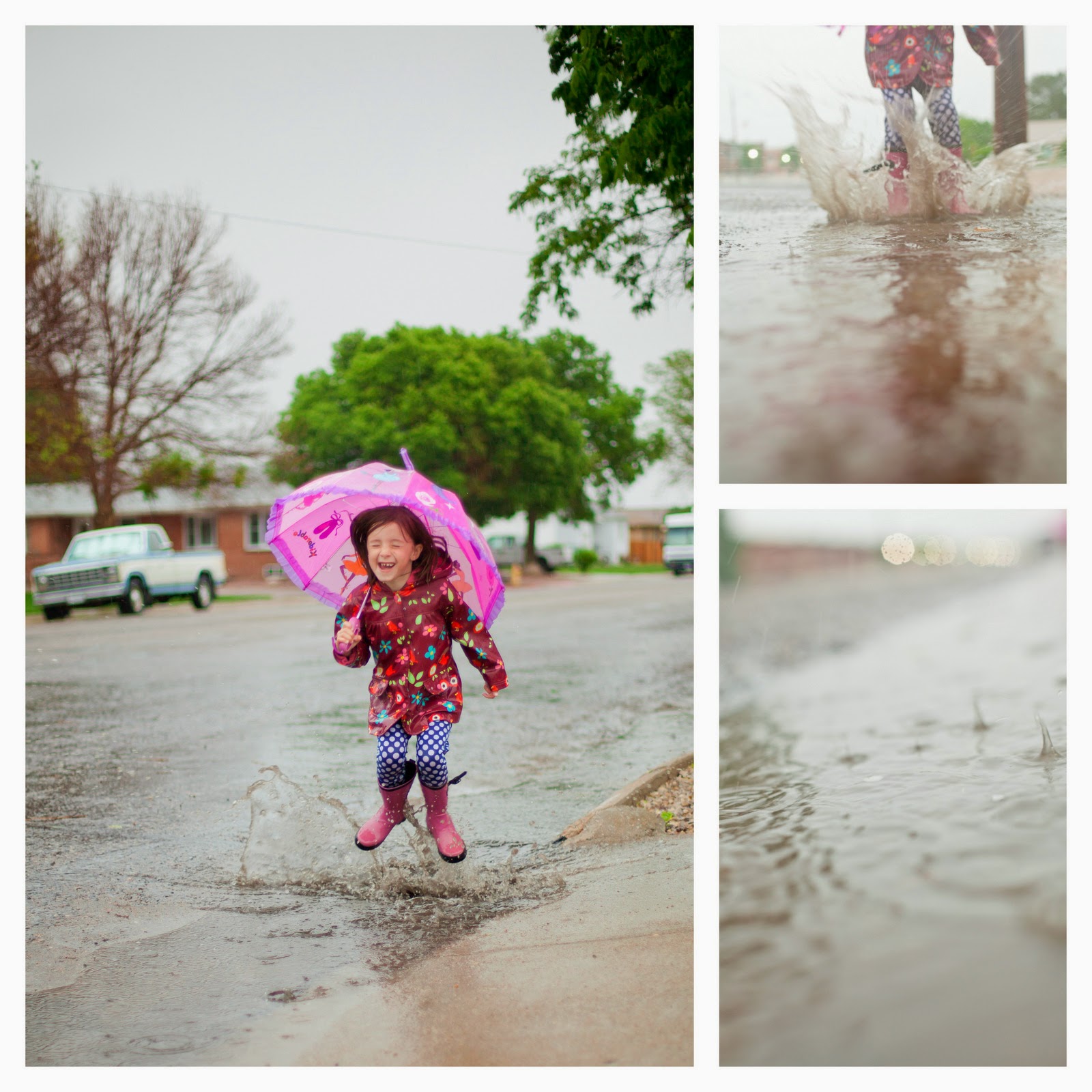 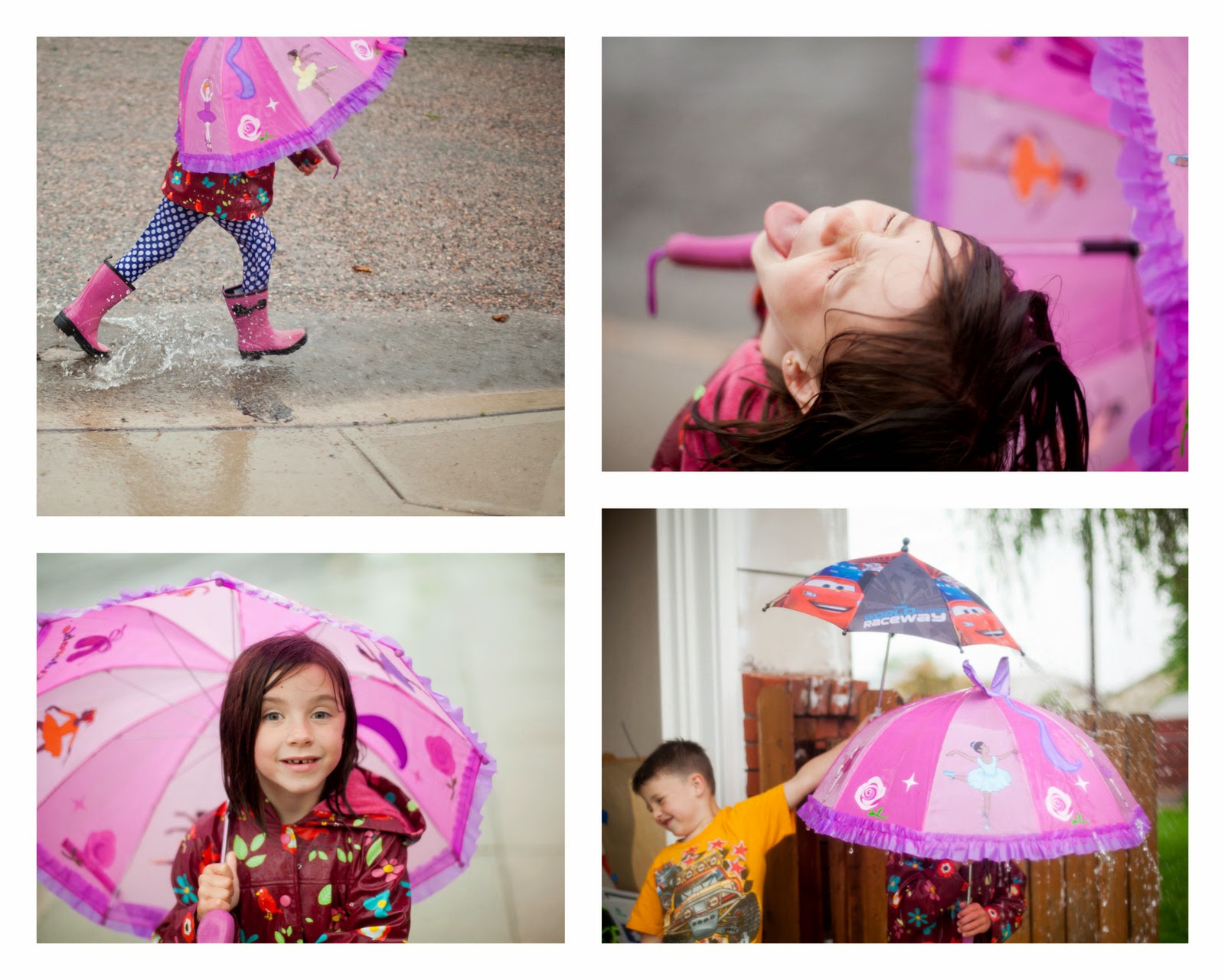 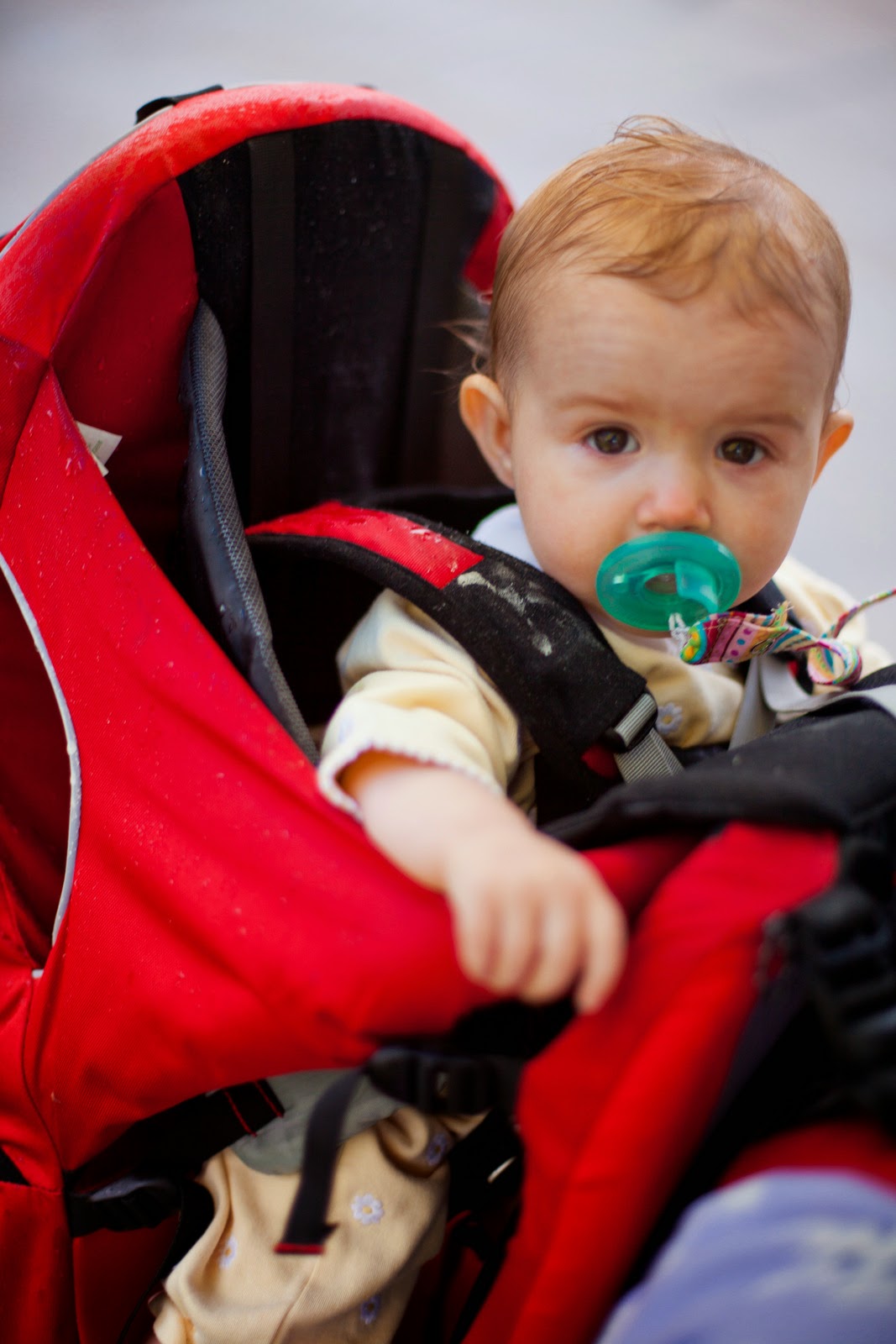 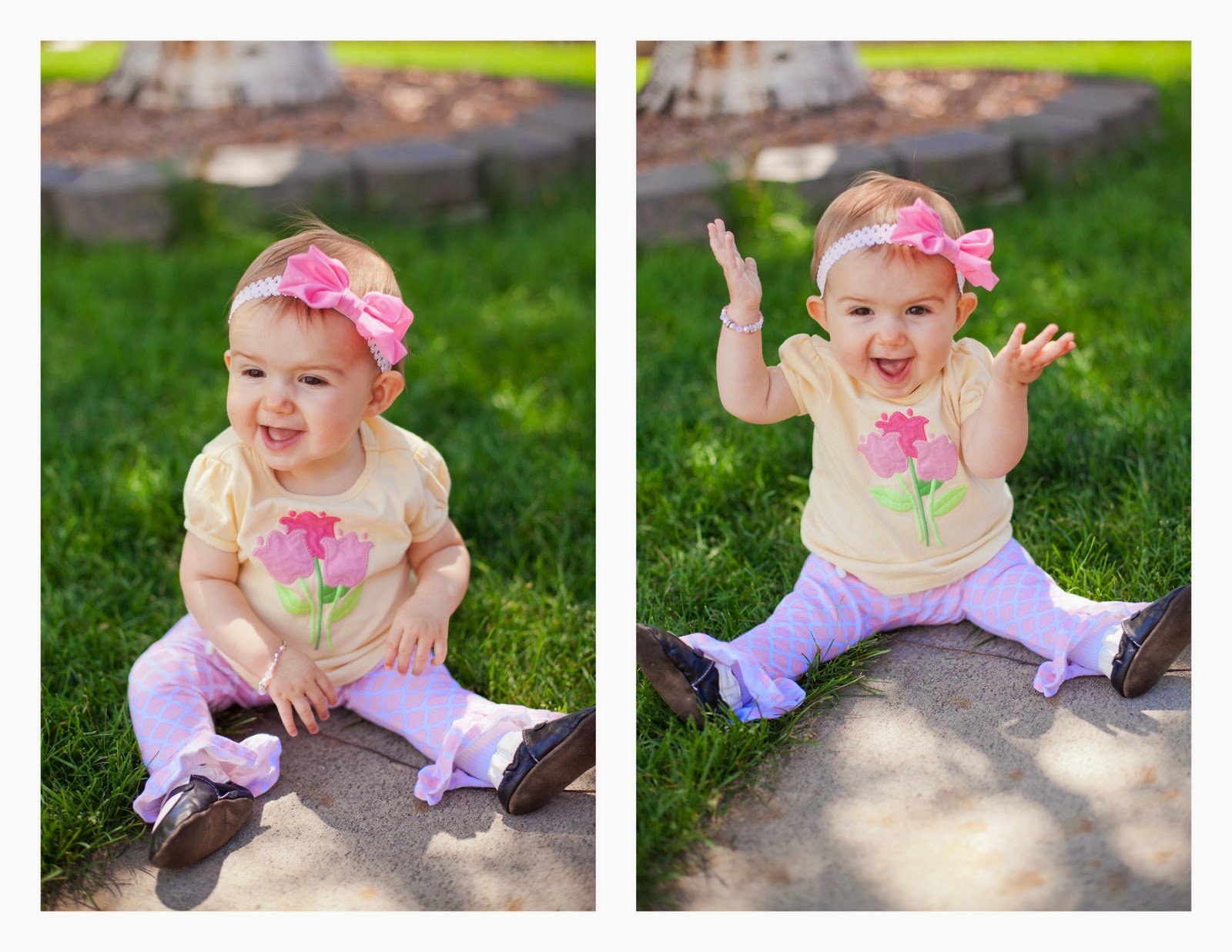 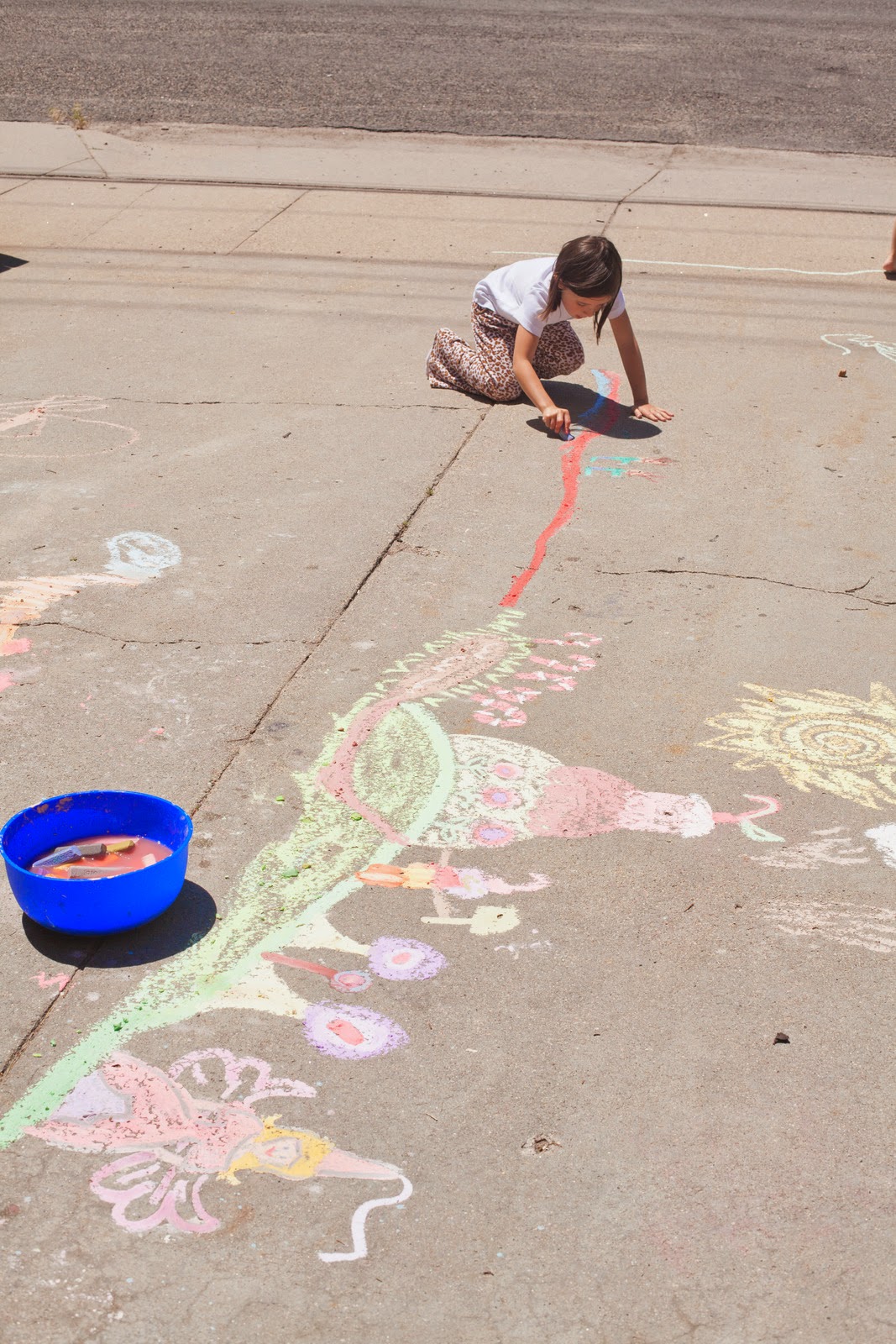 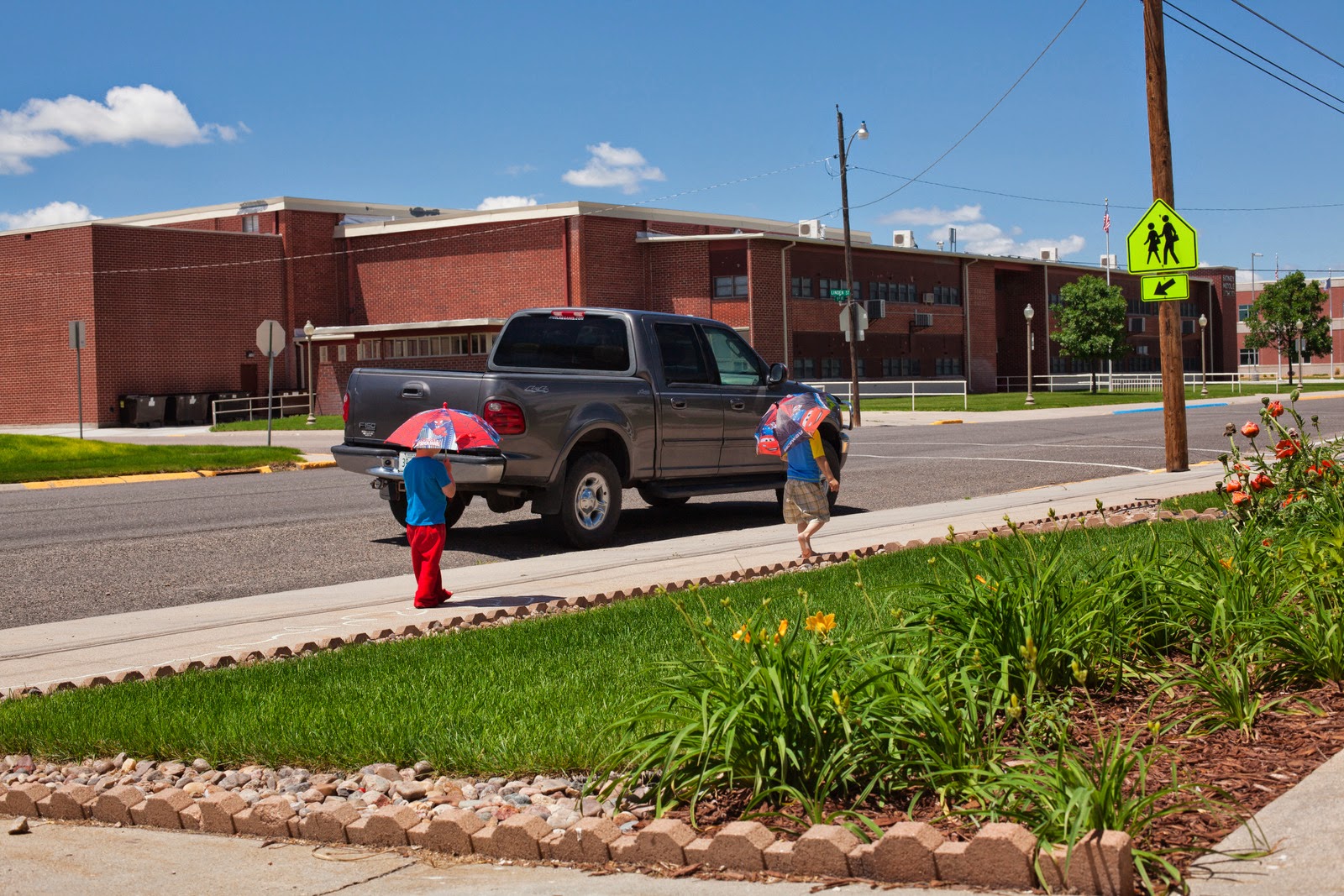 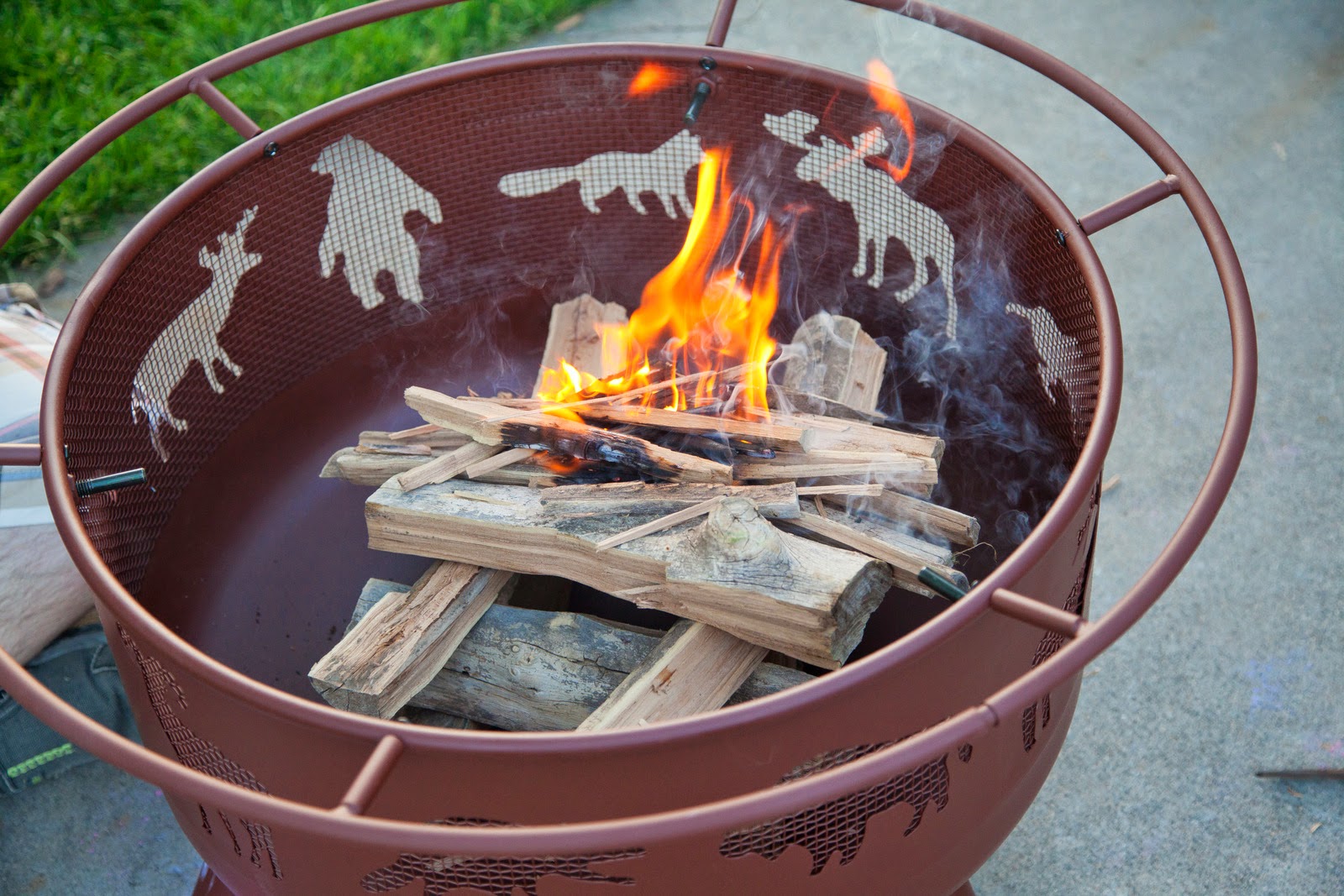 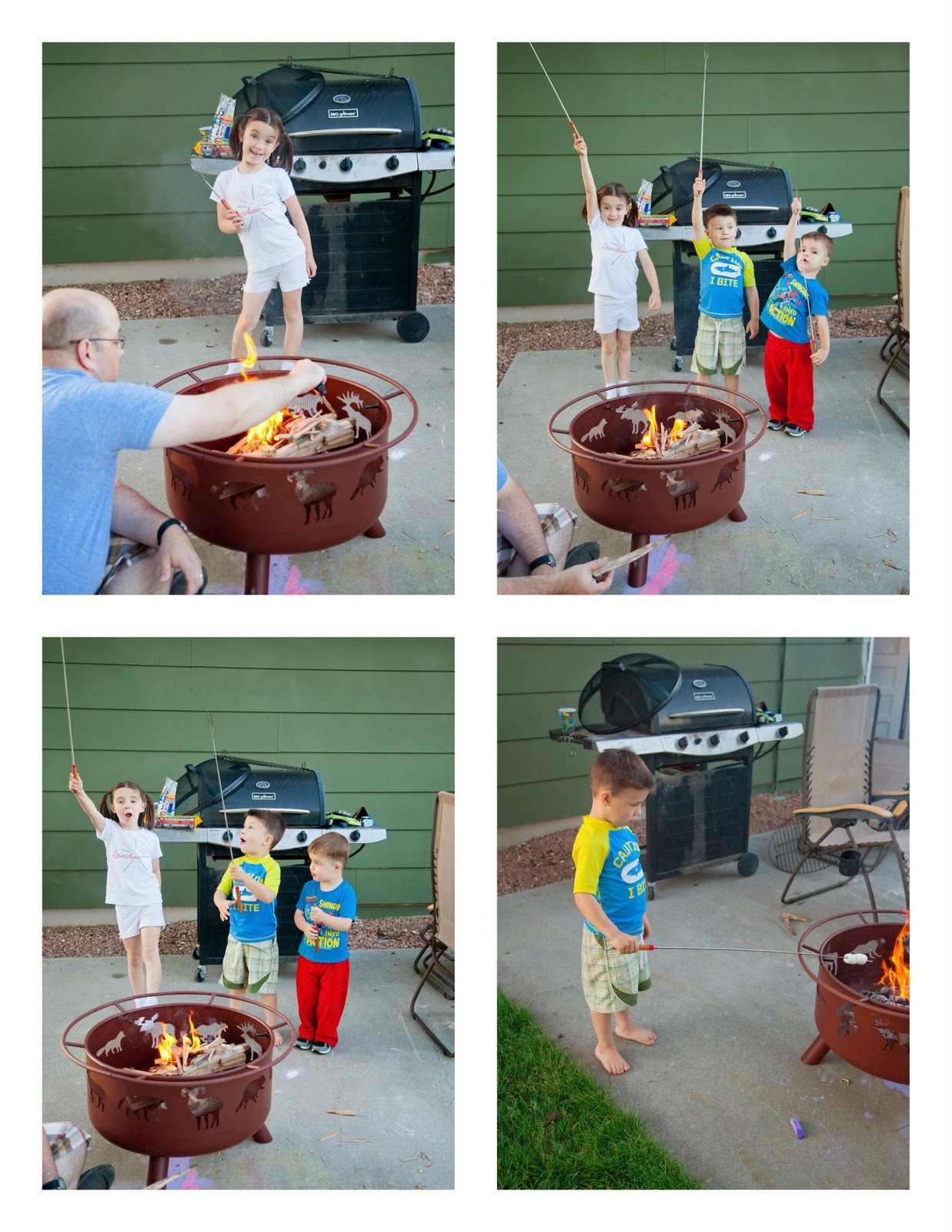 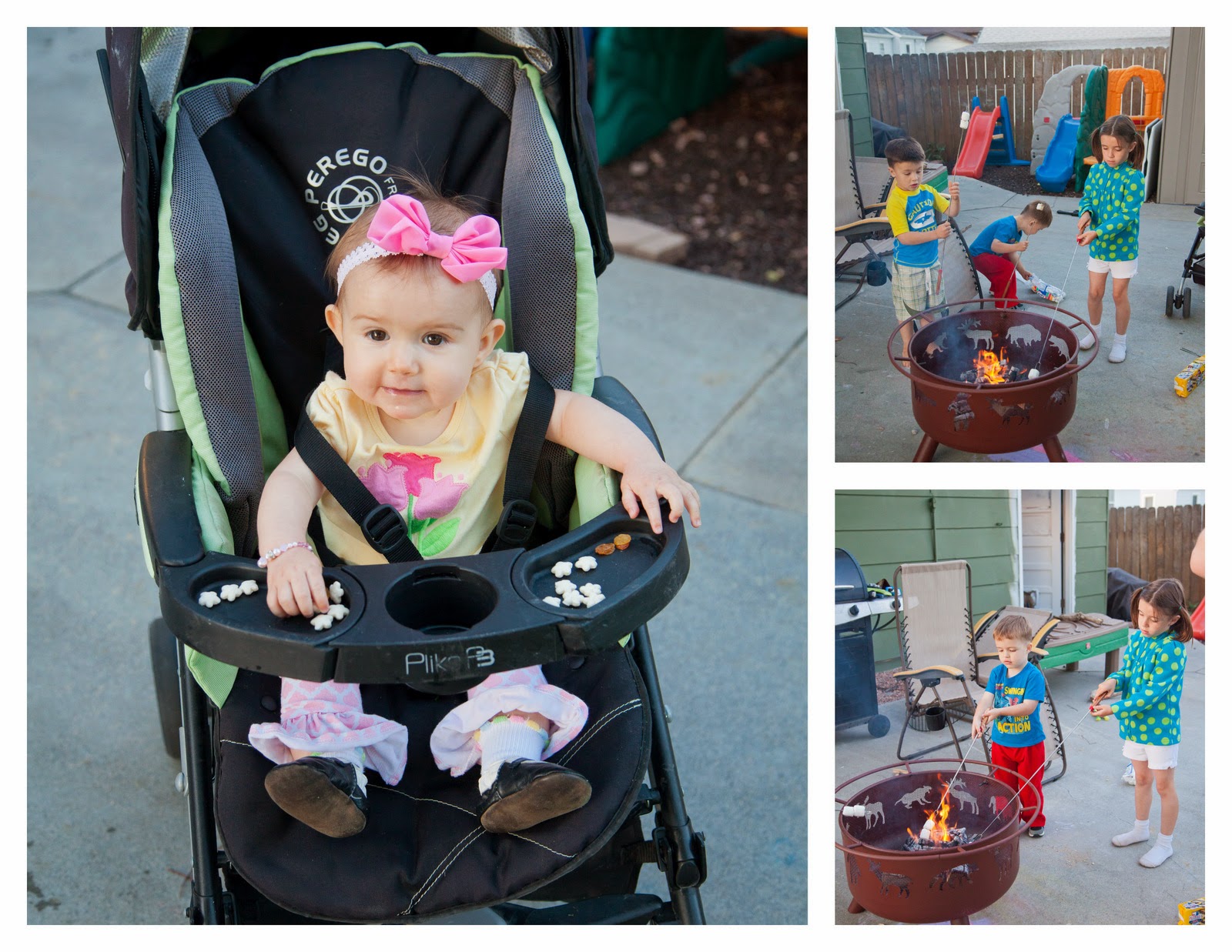 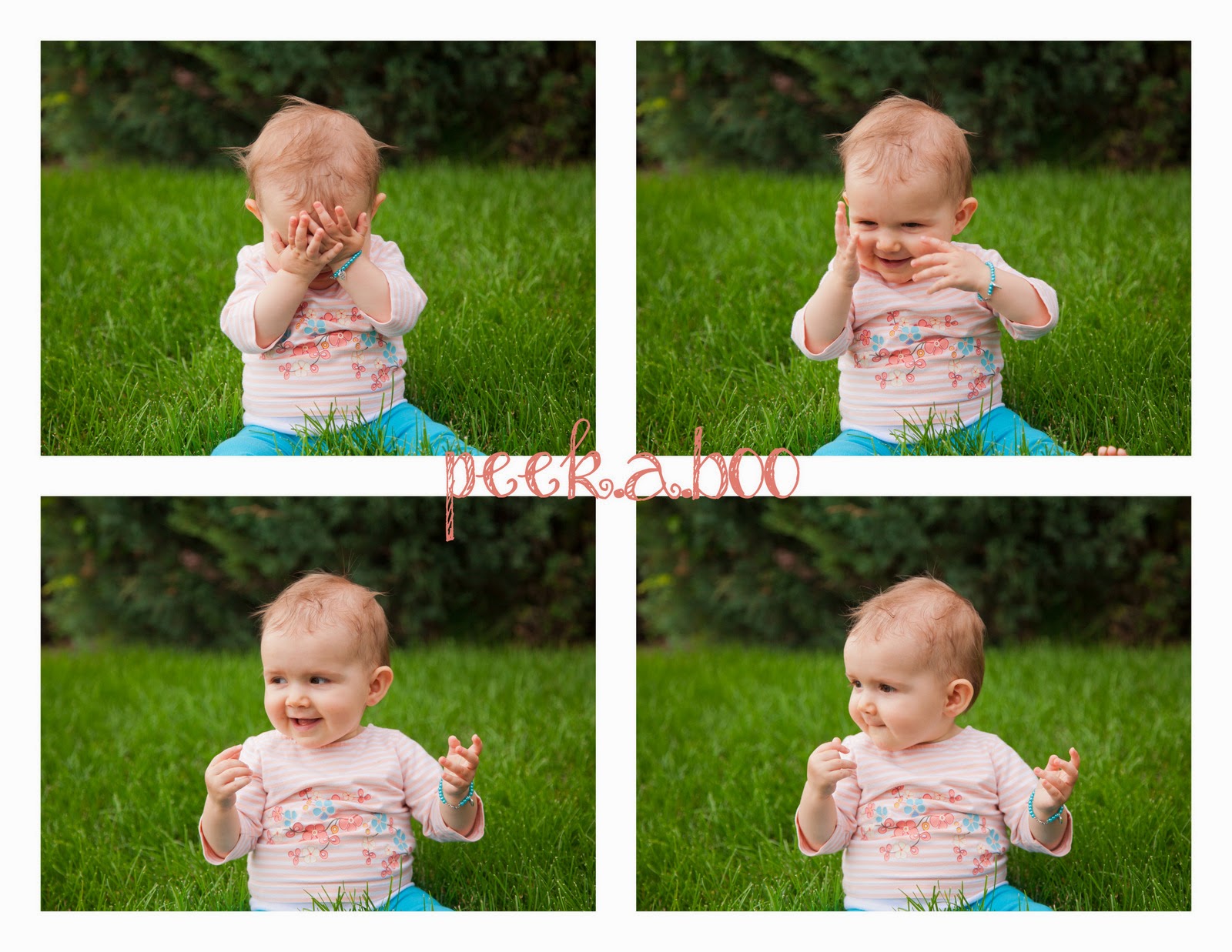 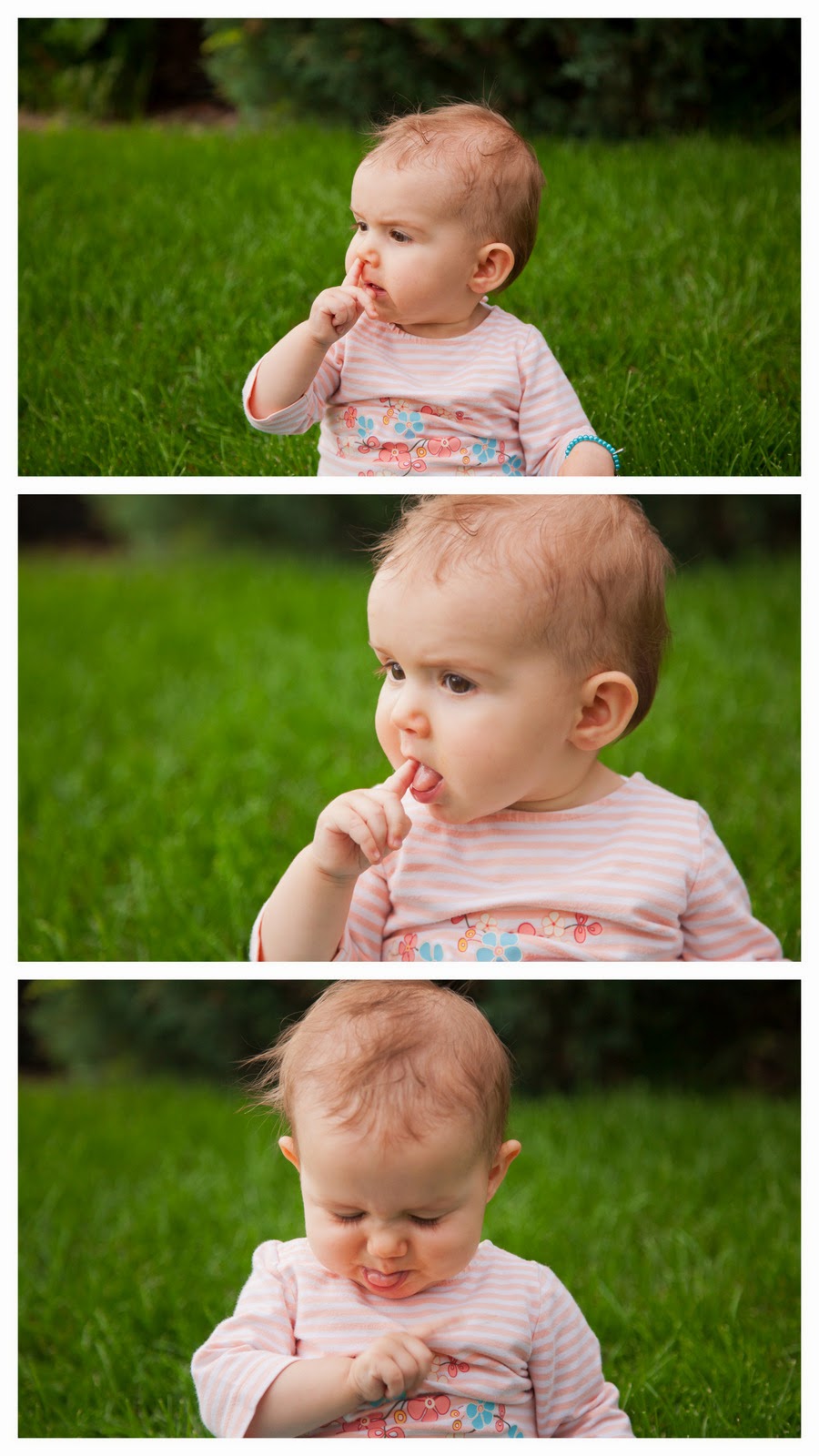 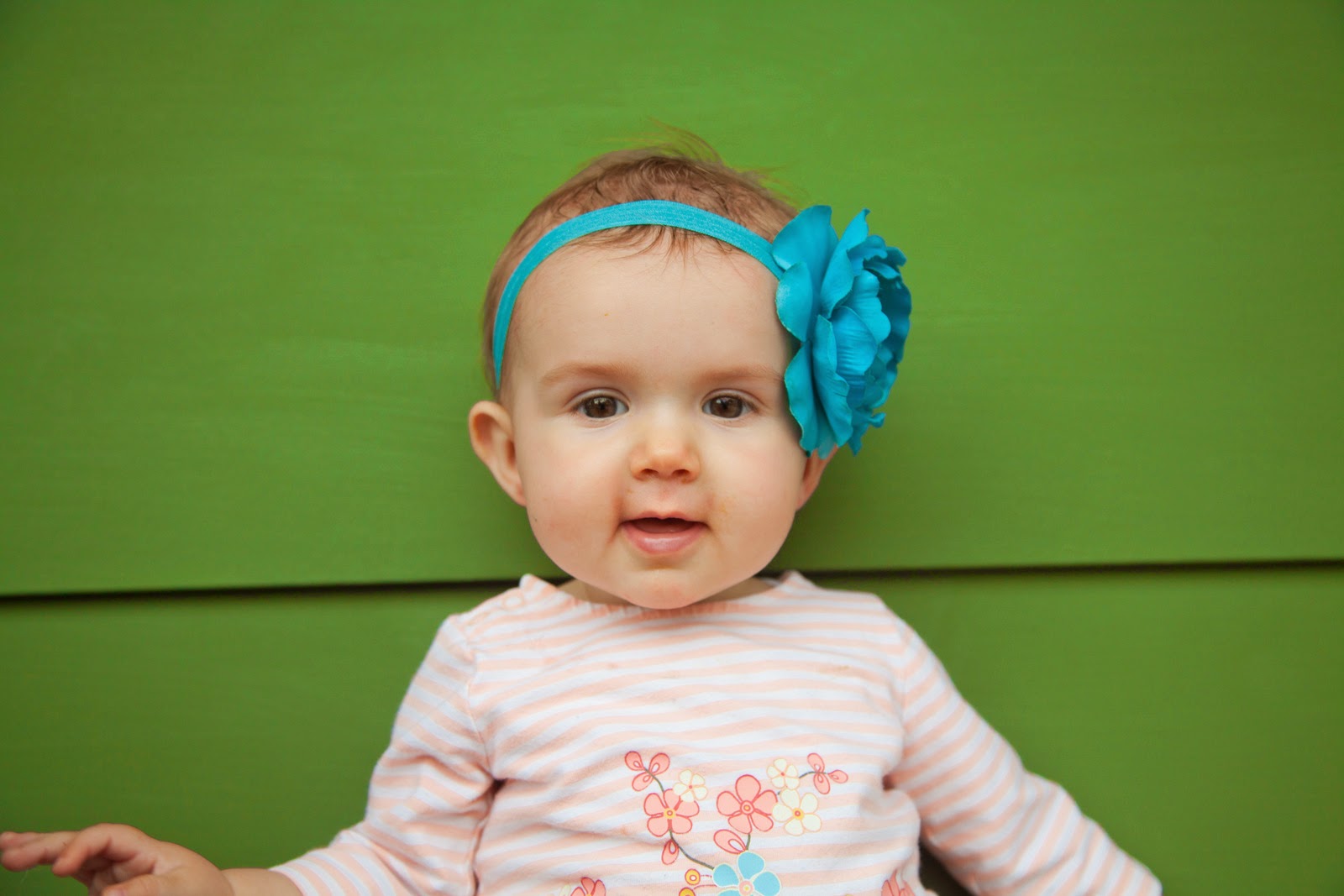 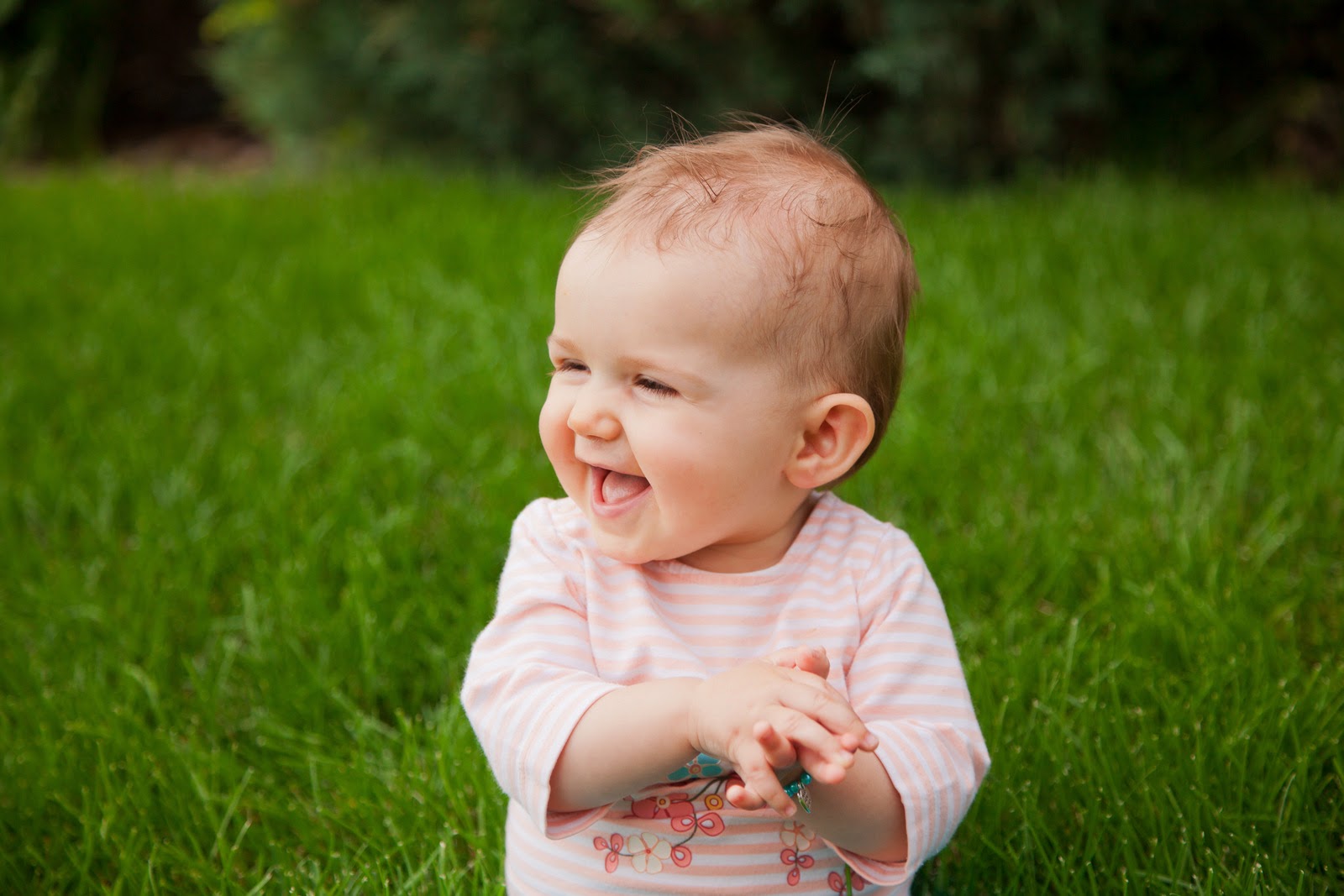 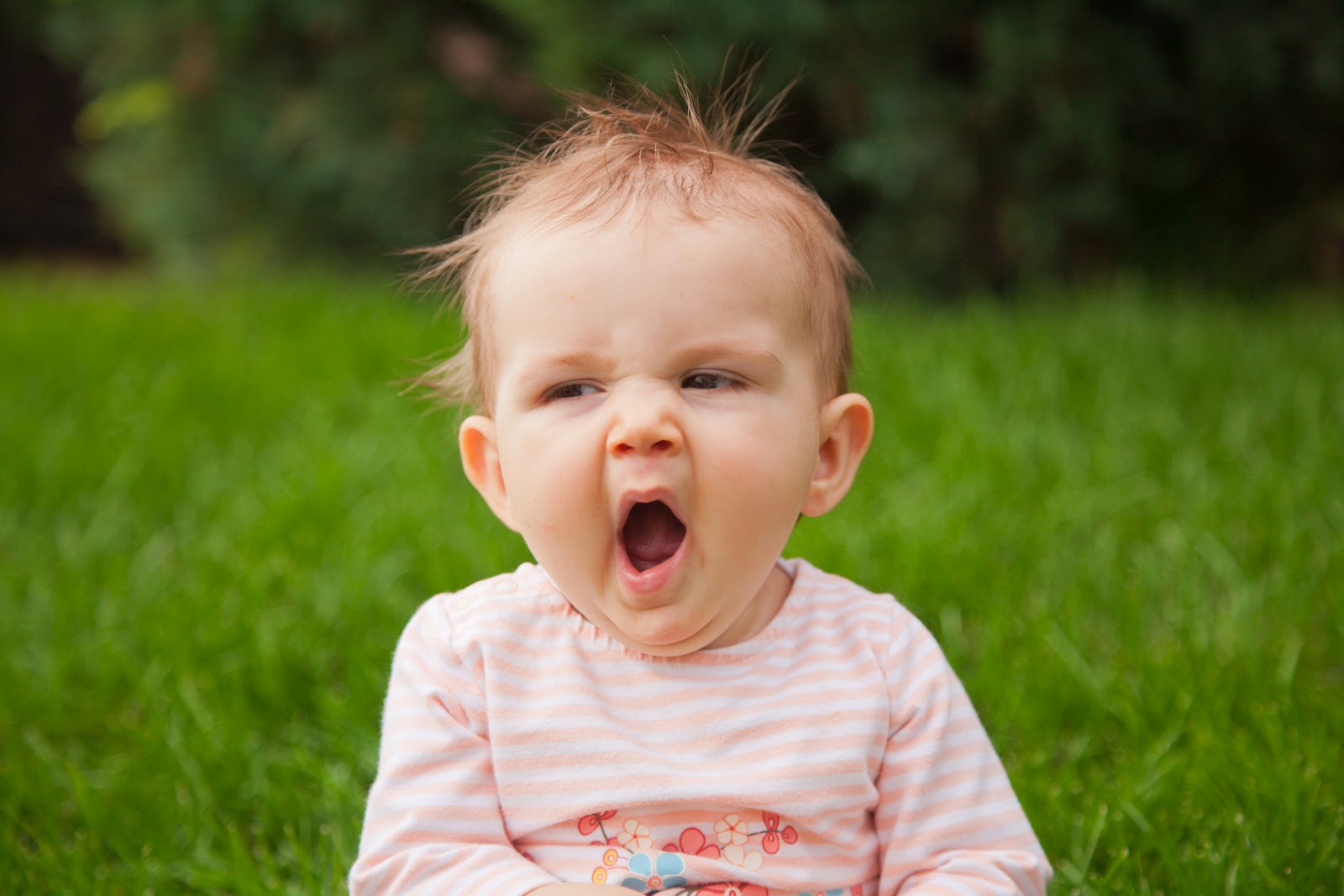 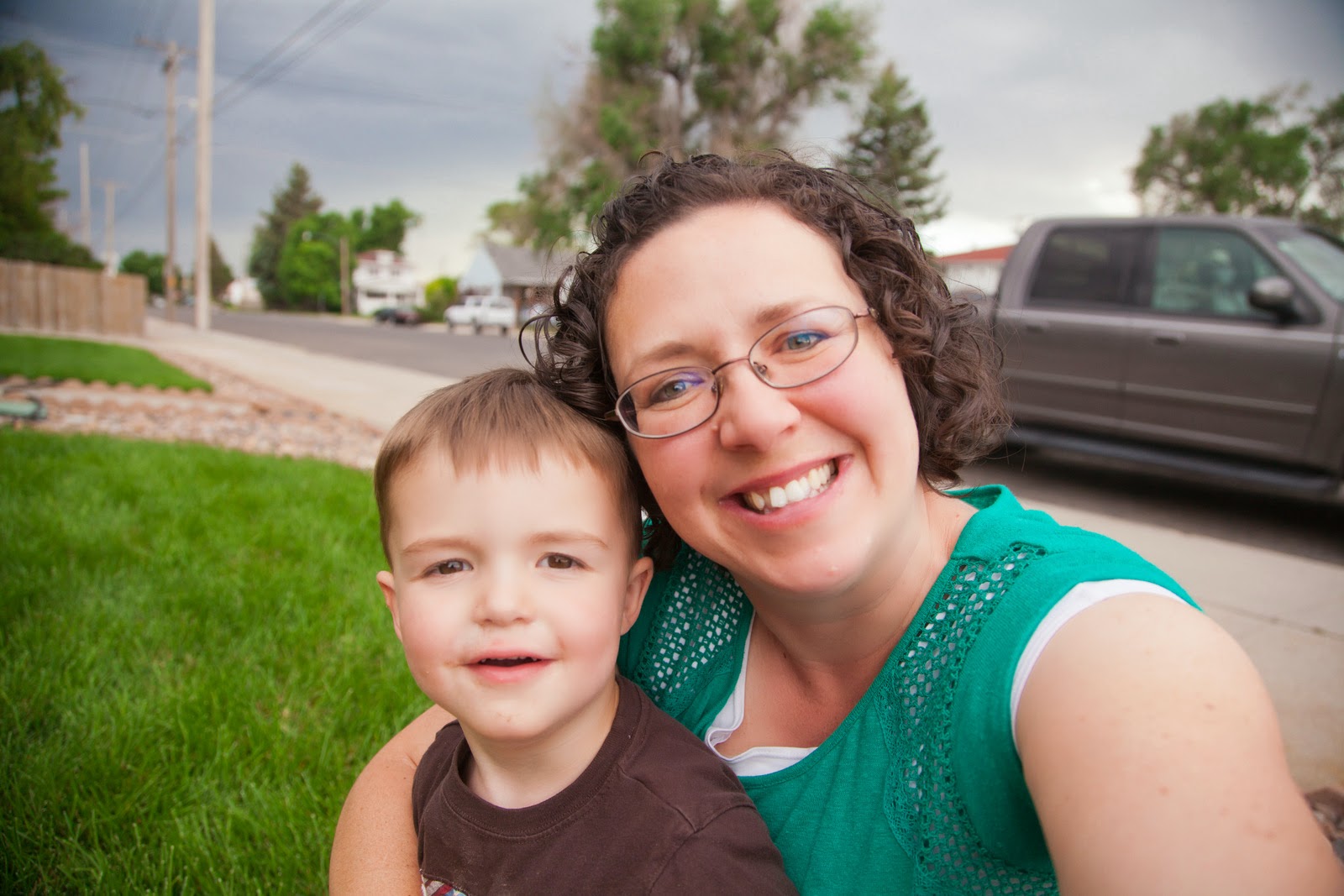 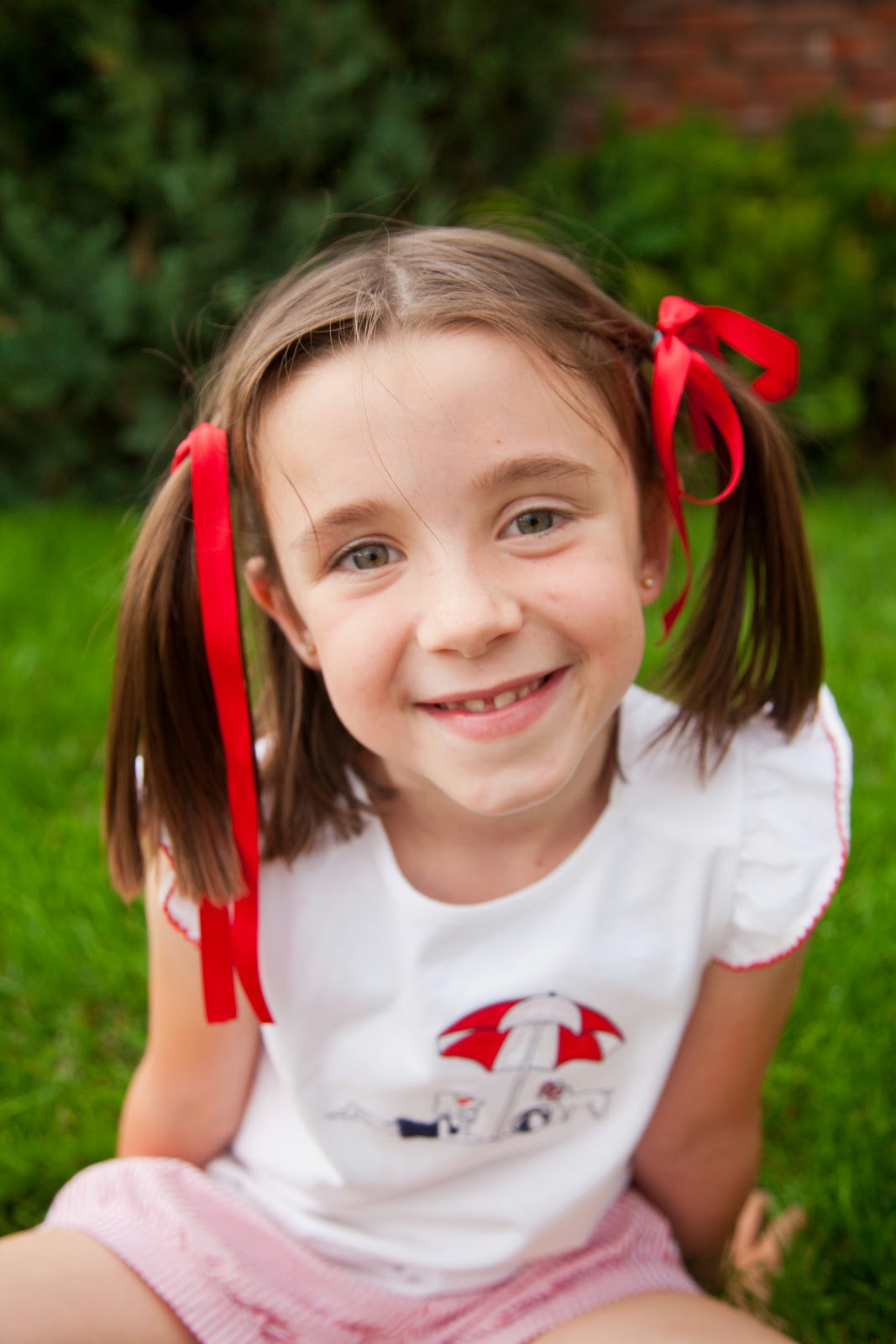 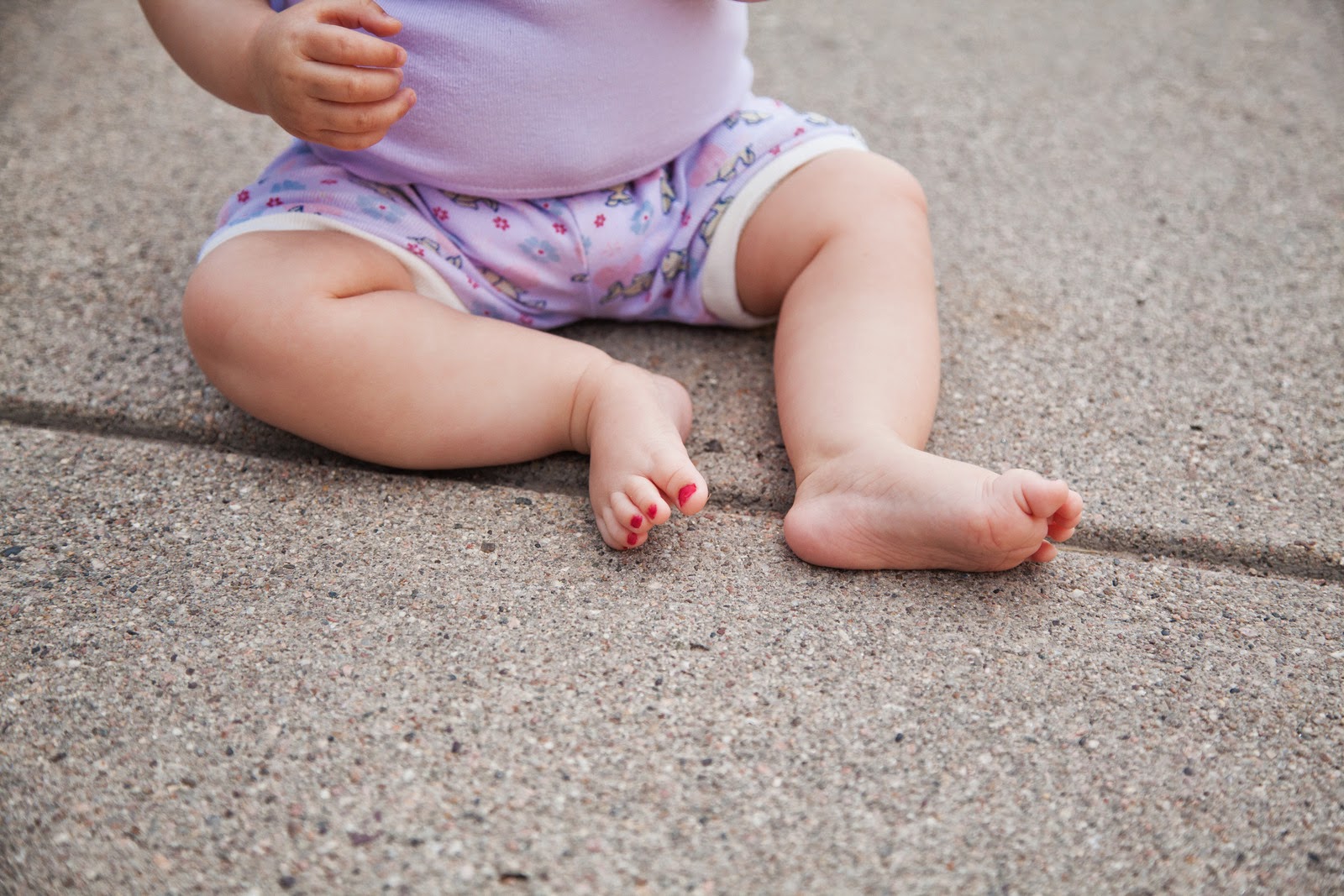 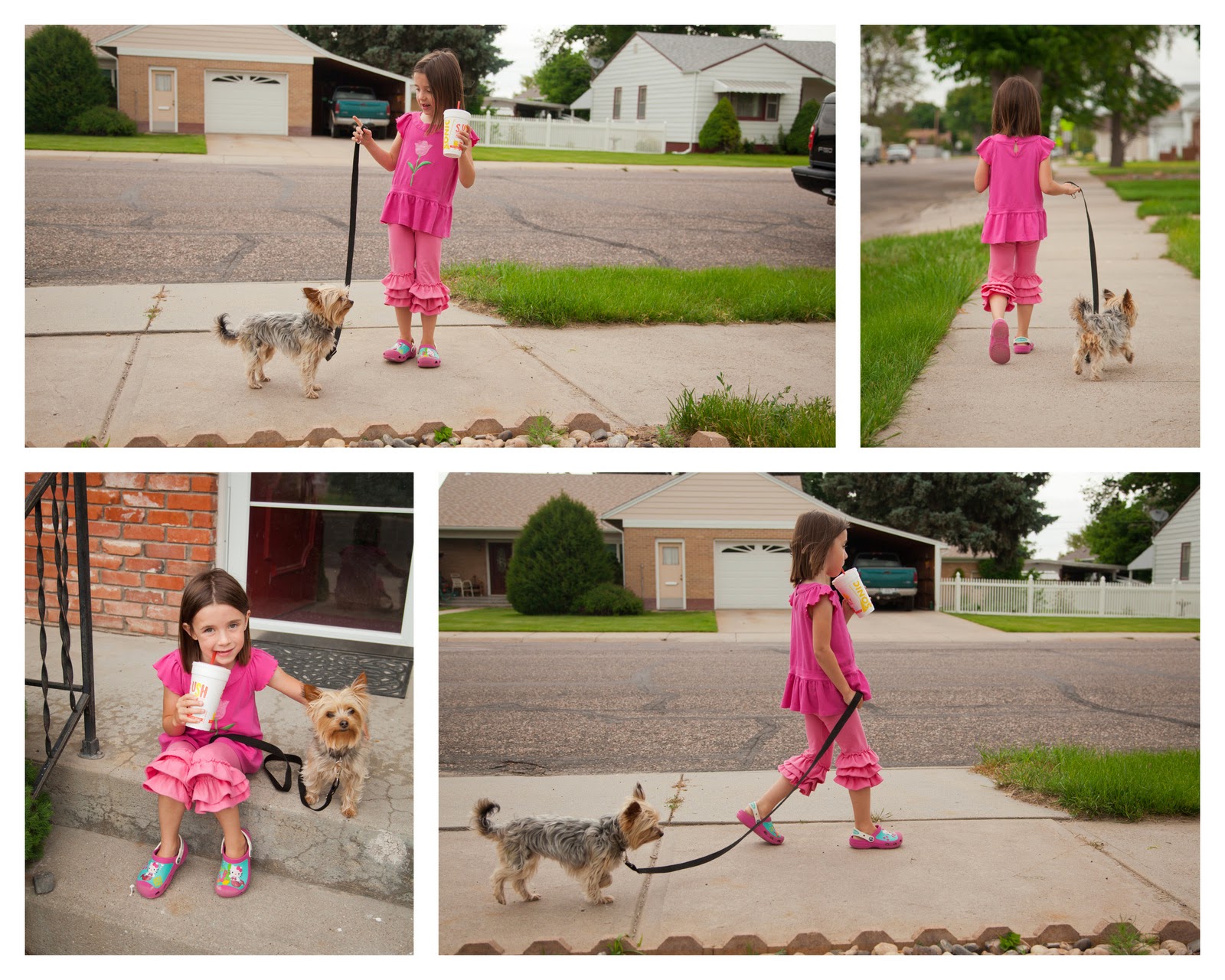 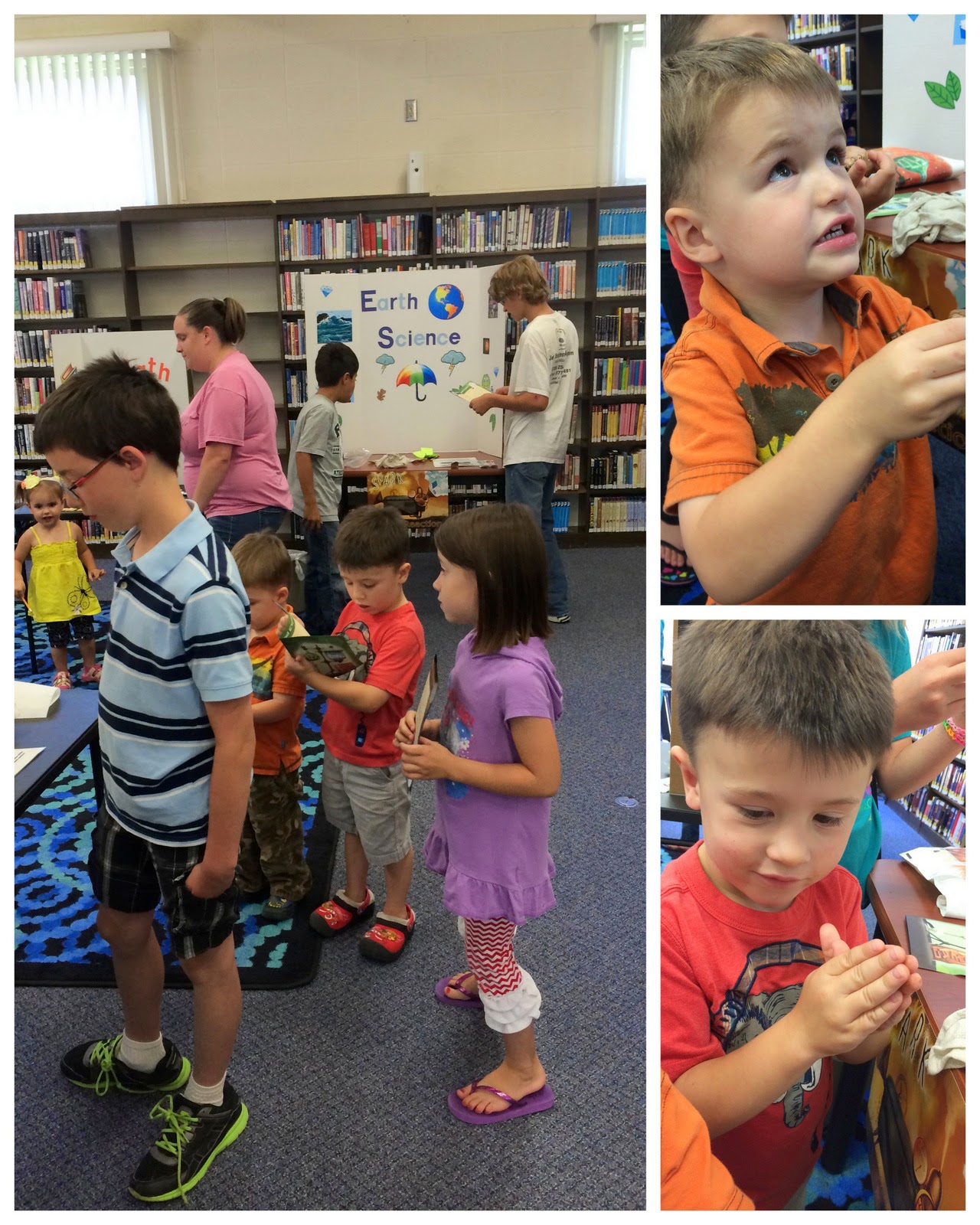 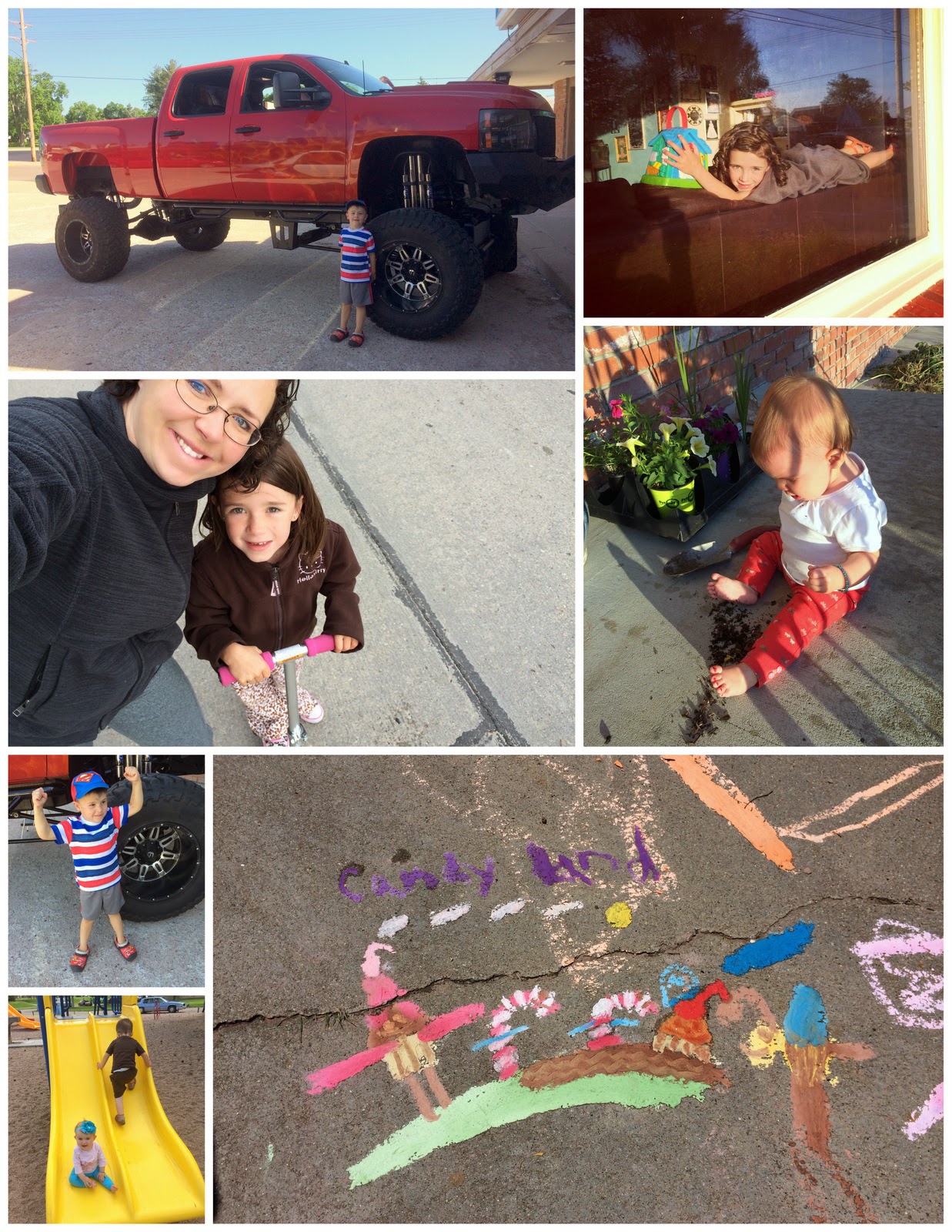 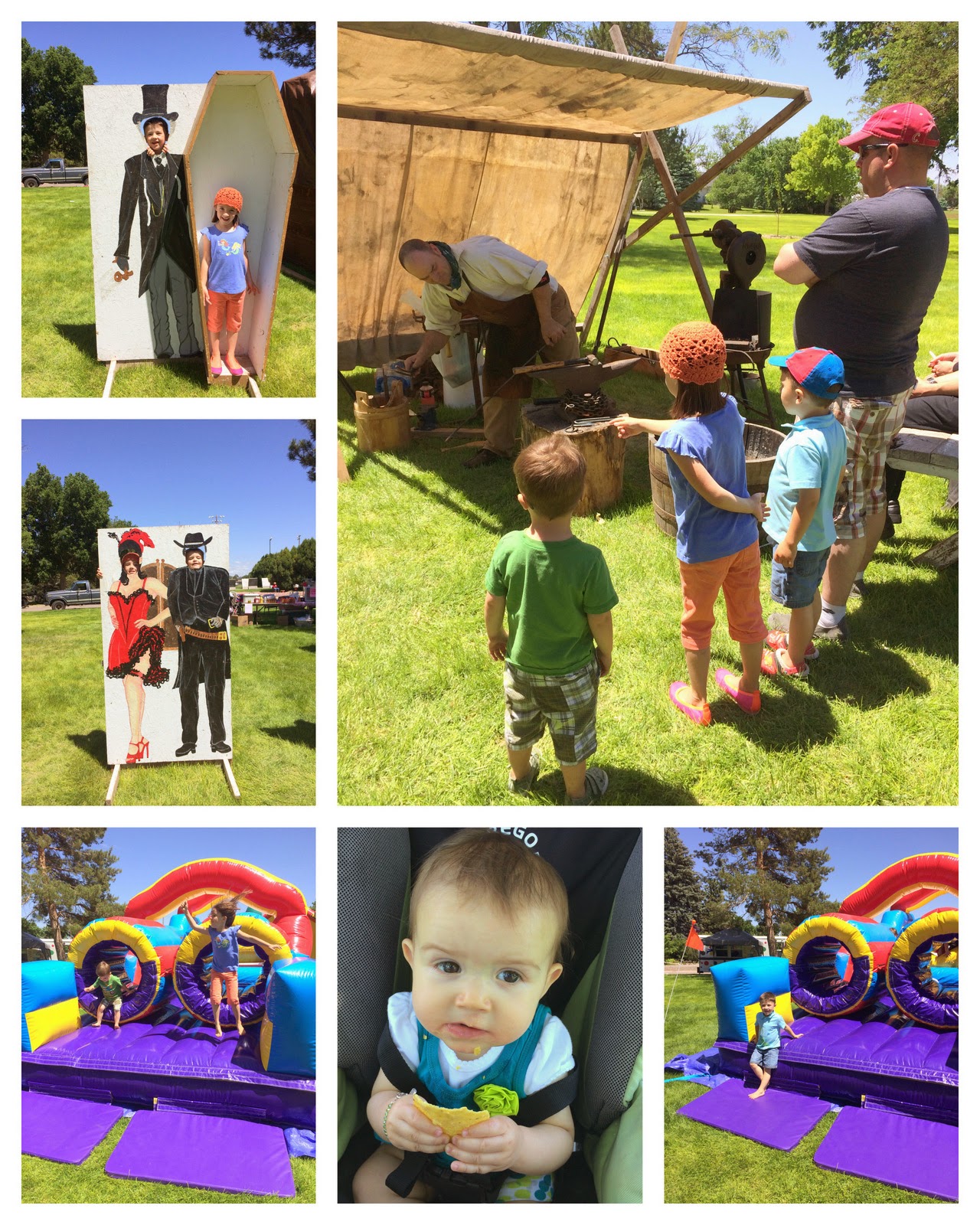 Rain. I love rain. When we lived in North Carolina it rained most afternoons around 5-6 pm, all the heat and humidity would cause the rain to fall. One of my most treasured memories from that time was strapping my little brother Jared into his stroller and going puddle jumping. I would run his stroller though huge puddle-lakes making waves of warm water. He would laugh his head off, my face split into a grin of joy. When it rains and my kids ask to jump in the water I try not to think of the extra laundry and muddy stains. I remember my joy and let them go play. Most of the time I join them! Sunday I huddled under our huge umbrella with Evelyn in the backpack and my camera in the other hand. It was magical. Totally magical. Amelia discovered a torrent of rain coming off the roof since the downspouts are off while the house gets painted. She stood under the water and experienced pure joy. Those are the best memories I can give my kids.

I finally assembled a fire pit we purchased a while back. Justin built a splendid fire. He got to use his blast match and some fat wood. The kids were so anxious to burn marshmallows. We had a FHE lesson on the temple. The stake Primary asked the children to raise money for the new Ft Collins temple. We helped the kids make monetary goals. Amelia wants to earn $20 or more, Phillip wants to earn $100 dollars, and Everett wants to earn $10. Amelia babysits for me while Evelyn is napping and I need to run a 10-15 minute errand. She feels so grown up! Phillip dusted the living room for me to earn a couple dollars. Everett is my go-to guy for picking up small messes. He loves to go fast while he cleans up. Amelia roasted up the perfect marshmallow, nice and golden.

Amelia went to a jazz dance class MTW this week. Mrs. Margaret will offer a jr tap class this fall, it was nice that she could try it out before committing to a year of classes. Amelia started drawing a candy land with chalk. She asked for my help…we ended up making a huge chalk drawing of candy land. Later she added Minions and rainbows. Amelia asked to join me on my early morning walks. She woke up early on Monday and Tuesday to join me. Amelia gets very excited and chatters incessantly. I love it! She was excited for some one-on-one time.

Tuesday we had a picnic at Petrie Dish Park. Sounds cool doesn’t it?! The library summer reading program this year is Fizz, Boom, Read. It is a national program so we get some pretty cool things. Tuesday was a fun science based picnic. While the kids ate the librarians ran several experiments and games. We went back on Thursday to participate in 5 science experiment booths. Amelia actually completed the entire program in less than a week. The kids need 4 science experiments, one picnic, and read 10 books. The boys will finish this week. We can still go to the weekly science meetings. It should be a lot of fun. The booths this week were: cleaning a penny, chocolate plate tectonics, water magnetism, straw airplanes, and graham cracker math cards.

Evelyn can play peek-a-boo. Little stinker won’t play while I have my camera nearby. Justin finally tricked her once, gotcha little booger. She also picked her nose and tasted a booger. I was laughing my head off over her funny expressions. She can also say da-da, ma-ma, and blow impressive spit bubbles. She started moving around while in a sitting position. She puts her knees to the side and scoots a little bit. Compared to the other little ones her age she does not move around much. Several other babies younger than her are crawling around. Not this little girl, she is content only when I am 2 feet away or in the front carrier. She cries when left alone, mostly because Phillip moves in and tries to love on her. He’s taken to carrying her around like a kitten. She hates it. She loves Phillip from a distance.

Thursday we had Michelle and James Rognon take our family photos AGAIN. Yep. Again. Out of 400+ photos there were not any family ones I could use to make a decent family photo. I felt frustrated because Michelle is a busy mom and new to the area. I remember how difficult it can be to find folks to trust with your kids. We got to the field early, so I took the kid’s individuals and group photos. When they showed up all that was left were family groups and some of me. I brought candy to divvy out and reward as we went along. We got some amazing ones. Phew. We chased the photo shoot with a treat to Sonic for dinner.

Saturday I had a long photo session with a family hosting a reunion at their farm north of Sunol. The location was gorgeous! The time of day was terrible, right at high noon. I arrived on time at 10:30. The last folks did not pull in until 12:15 pm. That was highly irritating since the drive out also took a chunk of time. What should have taken only an hour stretched to 3 hours. I ended up taking the group photo inside a garage with fluorescent lighting. Terrible. Oh well. After I got home we packed up the kids and went to Gold Rush Days at the park. Brother Jones had his blacksmith station set up. He fashioned metal leaves for those willing to wait and watch. The kids begged for a run through a bouncy house obstacle course run. An hour later we were poorer but hey, the kids got a snow cone. I spent Friday-Sunday with a nasty sore throat, head ache, and such. I hope we are all better before we leave for Utah this weekend.

We wish a Happy Father’s Day to my Dad, Bruce, and Justin today. Amelia made Justin a cute little card that listed our favorite things about him. She sang him a special song on the way to church. He got a nap after church. For dinner he grilled up some steak to go along with baked potatoes, salad, and mushroom sauce. I found a fun shirt a month ago that said, “Come to the Dark Side…we have BACON,” it shows Darth Vader clutching a handful of bacon. I laughed at the silly shirt and bought one for Justin. Yay! Bacon.

**This week Phillip ordered a turd slushie at Sonic. The worker was confused until I clarified that he really wanted a nerd slushie.
**Amelia felt very grown up when I got her a medium cherry limeade instead of a kid size. I had a free coupon. She spent most of the week taking Susan’s dog Dora on walks around the block. She looks to grown up strolling around the block with a lease and a dog.
**Everett is feeling better after I went back to the Dr. She prescribed him a steroid inhaler that seems to help keep the barfing down. We are all sleeping a little better.
**Amelia found a horse figurine at Salvation Army this week. On the drive home she explained to Phillip that the horse was obviously a boy because it did not have any gutters. Only girls have gutters. I asked if I had gutters, she said I did but on humans gutters are called boobs. She is so matter of fact it cracks me up.
**Sidney now has the coolest Monster Truck ever. EVER. It is red with flames and tires as big as Everett. Phillip wants to meet the owner and take a drive around town. He is pretty sure that Superman might own the truck.