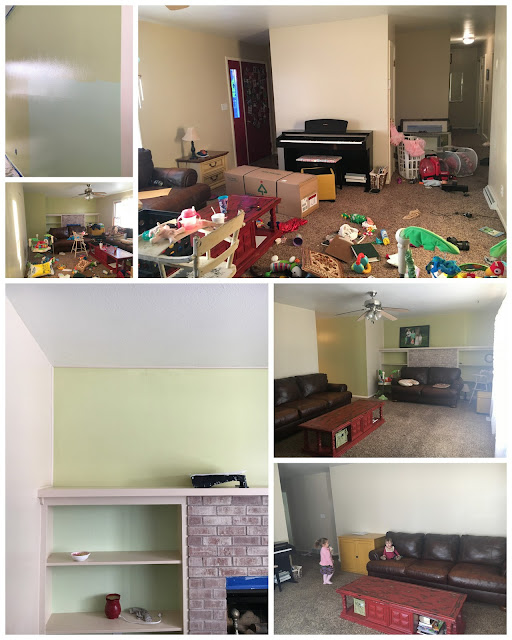 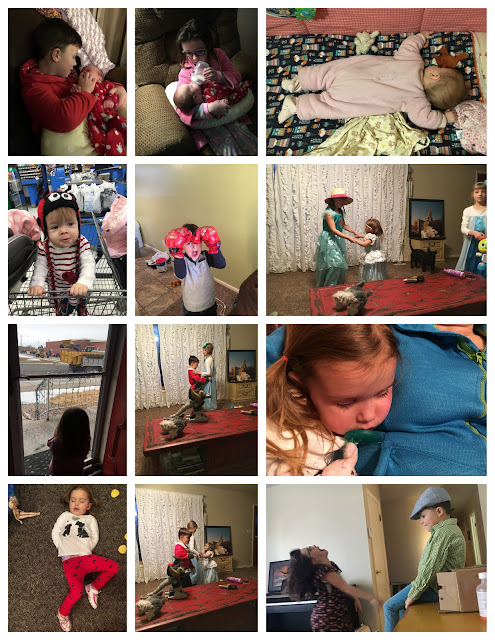 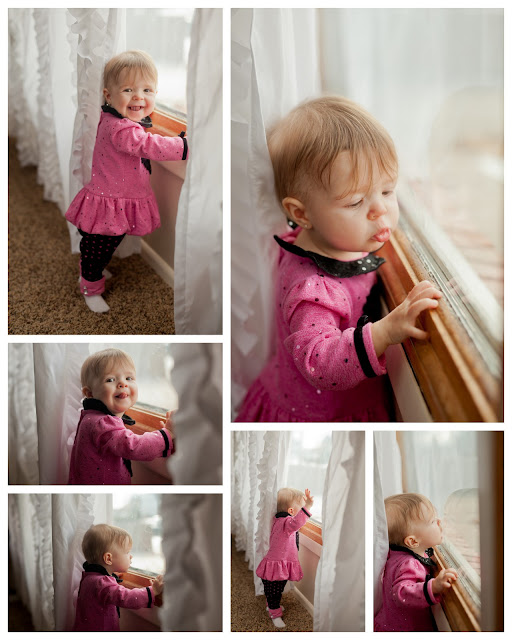 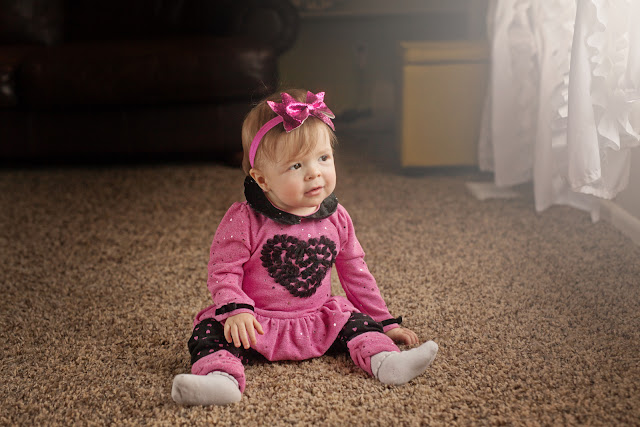 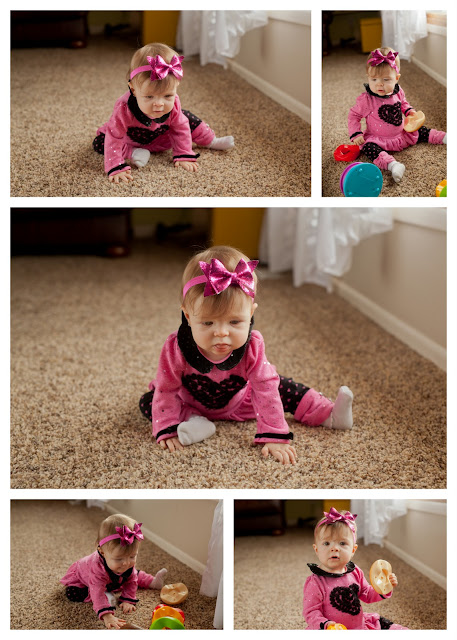 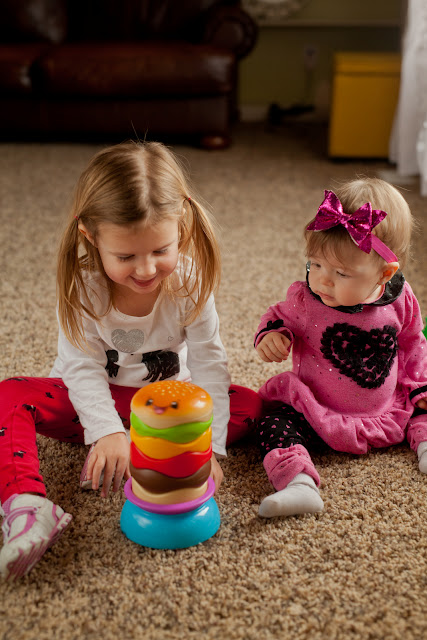 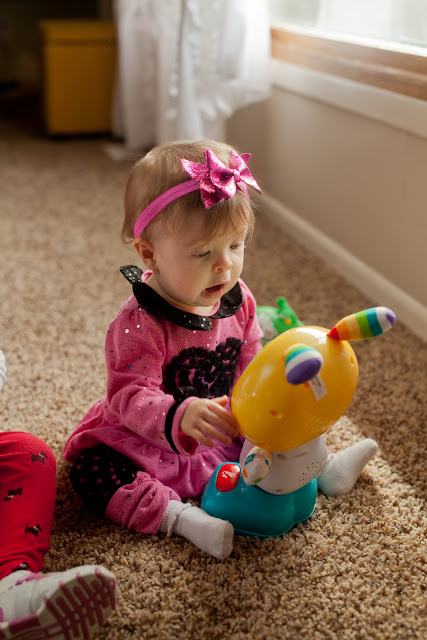 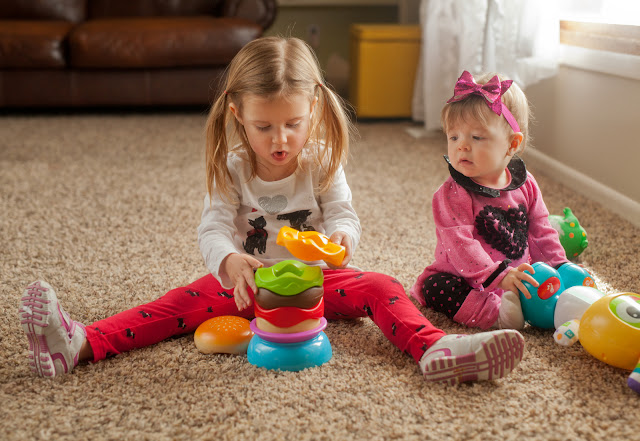 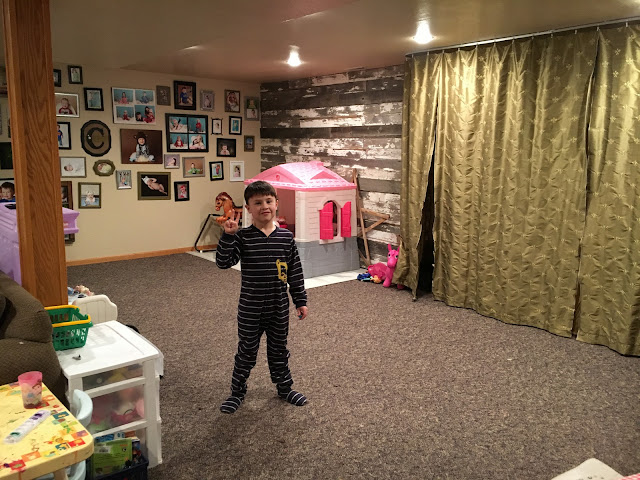 After a weekend with the minty green color I decided it was not going to work for me. I'd end up needing to change my entire color scheme, accents included. Early Monday morning the girlies and I headed back to Walmart for another gallon of paint, this time a lovely shade named Soothing Green Tea. By 4 pm the new color had 2 fresh coats over the 8 existing coats of paint. My name is Jenni, I like to paint. Cutting in the shelves and fireplace area was a bit exacting. But my hand is steady so I did so without the hassle of blue tape. Ha ha ha. After the kids were in bed I painted the cream color on the rest of the shelves and the mantle, plus the surrounding walls, and one coat on the remaining blue wall. The next morning I put another coat of paint on the blue wall and painted the wall facing the door. Justin helped me paint the long wall and the wall with the window after the kids went to bed on Tuesday. By then the living room was a disaster. The kids took advantage of the chaos to make blanket forts, scatter lego blocks and toys in every available space. It looked like a mine field. Wednesday I bleached the curtains and slowly moved furniture into place. The room was clean and spacious by the time school was out. I've never hesitated over decorating and pounding new holes into the walls for frames. I am going for simple this time so want to hang less photos, use less decor, and make the room seem brighter and larger. I did order some updated prints for my large frames, once those come in tomorrow I can hang those central photos and spin off them. I am quite pleased with how the room is coming along.

Our neighbors welcomed their new baby girl, Sophie a month ago. Amelia, Phillip, and I got to visit with them and hold sweet Sophie. Amelia even got to feed her a bottle of milk! She begged me for days to give Josie a bottle, alas, that is not an option for me. We gifted them a couple cute photos of Sophie. Phillip asked when our new baby brother is coming. Ack, really?!

Josie now sleeps on her belly. I love when babies discover how to move during sleep. She is all over that crib now. About time baby girl! This week she really started scooting around. Her technique is quite different from Everett's. He put his feet together and moved his legs like a frog. Josie spreads her legs in the splits and wobbles one leg into a bent position then scoots her hips a bit. She can get up on her knees sometimes. She is most happy dancing in front of the dishwasher on her short little legs. Today I was cleaning out the fridge. Soon my little friend scooted over and emptied the salad dressing shelf. The lid was not quite secure on the Blue Cheese dressing. She removed the cap to discover something delicious in the lid. Her little finger dipped into that lid many, many times as she tasted her discovered treat. She dripped some on the floor, so scooted back and flopped over to lick up the remaining dressing. Josie is also dancing a bit mostly with her shoulders waggling back and forth. She fell head first into a bin of toys today after pulling herself up to see inside. Next thing I know her legs are kicking in the air. I pulled her out, she joyfully clutched an impressive handful of toys! The uncovered front window spills in amazing light now. I love the glow it brings into the room. Josie also loves to stand at the window watching outside, her lips making spit art on the glass.

We met Justin for salads at Della's (the best salads in town) for lunch. Evelyn insisted on wearing her leotard, tutu, and ballet shoes with her hair fixed up in a bun since she had lessons later on in the day. Yep, she was adorable. Everyday she asks if that day is a ballet day. I think she loves it!

I made a delicious dinner of Bulgogi, marinated Korean steak strips, eaten with a large leaf of lettuce, rice, spicy sauces, and shredded carrot/cucumber in Asian vinegar. I had the house cleaned up, like all of the rooms at once instead of one clean room and the rest quite questionable. The kid's rooms were also freshly cleaned. We won't mention the basement at this time. Upstairs, I should have gotten a medal of honor. The missionaries cancelled on us last moment. They were stuck in Cheyenne for an over long Zone Conference and interviews. I was a bit annoyed at first, then enjoyed the clean house and delicious dinner.

Friday the city decided to smash up ice sitting in the gutters. No naps for us! The dump trucks, front loaders, and skidders made quite the racket for several hours. Instead we played games inside until Justin came home. Amelia and I miscommunicated over a tea party her friend Lily insisted we host. I asked Lily's mother if she could come over, but Rose had a full weekend. I told Amelia maybe another Friday would work better. She came home from school dragging Rachel asking when the rest of her friends were coming. Fireworks. Yep, fireworks. We finally settled that Rachel could stay since her mom was already at home and unable to come back until after dinner. Guess we are having a tea party next Friday...IF she gets her work done. Amelia and Rachel held a Ball in our living room. Everett dressed up as the Red Ranger was the gentleman in demand. Phillip would have nothing to do with dancing and girls. Evelyn was quite excited to dance with Rachel. The music was provided by the girls humming as they danced. I was giggling like the girl I am as they played.

Friday night was quite ugly. Evelyn, Josie, and I all got a nasty flu, stuffed nose, headaches, fevers, and sore throats. Evelyn was up most of the night with a runny nose and tummy troubles. She was not up out of bed for more than an hour when she tossed her cookies for the umpteenth time. She fevered around 101 for most of the day when not on pain reliever. Poor kid was exhausted and finally succumbed to sleep on the floor for a couple hours. Barbie-Q was happily perched next to her head. The girls and I stayed home from church to keep our germs away from the public. Before church Amelia and Everett played "Elf on the Shelf (cabinet)" Basically, Everett sits there while Amelia bosses him around. Then she sleeps and he makes a mess then hops back on his shelf. Crack me up.

Jen came over for a moment Saturday evening. She looked for me in the basement. Duly, she was appalled at the condition of the basement. The kids worked for an hour water painting beautiful works of art for a show. After baths and the art show the kids helped us clean the basement. The kids were tired. Amelia was mad the art show with subsequent music show did not go as planned. Those darn brothers always do their own thing. Getting tired and mad kids to clean was "fun." I took a photo to prove it was clean. Less than 19 hours later, thanks to sleeping and church, the kids had the basement destroyed again. They played school and unpacked the joy school box of supplies and stuff.

I am sorely disappointed and saddened over all the ruckus over the Presidential Inauguration. Riots, folks protesting, crass signs, folks wailing in the streets, and general babyish behavior. Get over it! Trump is President! Many LDS people were involved in all the celebrations, like the MoTAB, Piano Guys, Lexi Walker, and General Authorities. I sense a fresh wind of much needed change. Seems like Trump is surrounding himself with leaders who will make changes this country needs to see. The day after the Inauguration a country-wide women's lib movement decided to walk in "silent" support of Women's Rights. So many photos of naked torsos, foul posters, and strange ideas about what women need to be doing in order to be liberated. Good gracious. Being a woman is hard enough, trying to be a woman with men's responsibilities, no thank you.

Phillip is making us all smile with his new trend for long, prolific prayers. Couple nights ago he prayed that we would not turn out like dogs who have bad owners, the next night that the entire world would get better if sick, especially those in Sidney. Tonight he prayed that we would all return to Jesus as the spirits we really are, to see Jesus. Even the bad men who kill other people, that their spirits would change and see Jesus. So tender, heartfelt, and endearing. I love to see the gospel through his eyes. Saturday he was singing Book of Mormon stories. He came to the last words, "and they lived in the land Righteous League" and stopped. Then asked, "Mom? Am I part of the Righteous League, like the song says? Cause it reminds me of the Justice League...I like them." Yes, Phillip you can live in the Righteous League!!