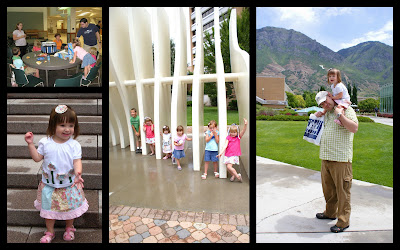 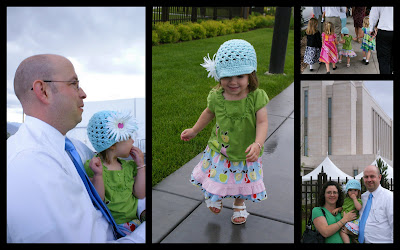 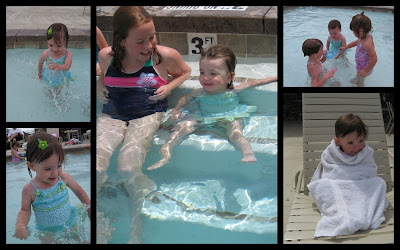 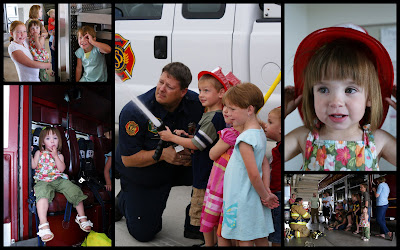 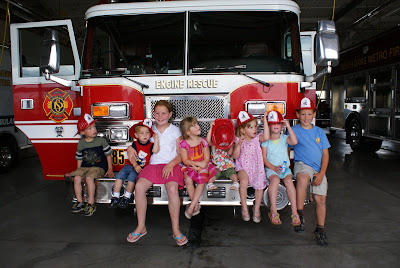 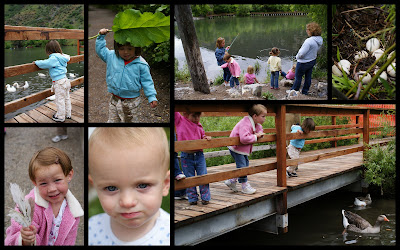 Holy Smokes! We are one tired bunch of Calls...and it is only Wednesday evening. Early Monday morning Mom and Dad caught a flight back to Virginia. The rest of us made an excursion down to Provo. We have 5 graduates or attendees to BYU so we tried to brainwash the kids. The day was pretty rainy so we ate our picnic lunch at the Wilkinson Center. All the kids were running around the bookstore like crazies with the adults trying to keep tabs on the madness. It was so hilarious. We walked a bit around campus, stopping at the science hall then the Bean Museum. Mia was SOOO tired she lolled around on the floor of the museum moaning. Even the large elephant did not seem to scare her as it usually would. Tromping about campus brought back fun memories of studying and learning when I attended. Miekka, our roommates, and I all had some really fun times. The building I spent most of my time in is now a posh new building with a cool water garden in the courtyard.

Justin and I went over to James and Miekka's for a welcome dinner for Mom, Jeremy, and Jared. We stopped at mom's home first to survey the construction zone. The entire first floor was extremely dusty from dry wall and floor removal. I think Mom's new pantry is a work worthy of envy. Mia loved to play in little Lia's jumperoo toy, fashioned after a horsie. It was way too cool for words. We had some fun conversations about politics and Courtenay led some funny discussions on this topic and that (most bodily related).

Tuesday morning I woke up on the wrong side of the couch. I am getting very annoyed about all the poking and prodding on what to name our baby. Geepers, BUTT OUT. Most of the blame is between Justin and I. We are both being so bull-headed and unwilling to move an inch. I finally came to the conclusion that this issue is not worthy of fighting over on Monday evening... problem was that I still did NOT want our boy with the name Justin is being so obstinate about. My petulance leaked into the next day. We all had tickets for the Oquirrh Mountain Temple Open House at 10:00 am. Unfortunately, I did not enjoy the experience as much as I should have due to stupid pride. Still the kids were so, so cute. Mia loved the colorful star-shaped chandeliers. This was my first Temple Open House. The experience started with a ride from the parking lot to the reception center. We gathered in a tent to watch a short video on temples. Then everyone went into the temple guided by many volunteers along plastic paved pathways. I really liked the instruction rooms, which were painted with vivid scenes of mountains and streams. After leaving the temple we gathered in another tent where everyone snacked on water and cookies! I can just imagine the church's cookie bill!!!

We had some lunch at 5 guys burger joint. In the afternoon we spent a fun hour at the pool. It was really overcast but not raining...in fact the sun decided to come play for a while. Those with winter skin (moi) got fun sunburns! Charity had a super good idea to tour the fire station across the street after swimming. All the kids were really excited about that. Fireman Steve showed us his Fire Station. Amelia was so intrigued by all the goings on that she kept her fingers shoved in her mouth nearly the entire time. She especially loved when he turned on the vehicle lights. Fireman Steve gave all the kids fun plastic helmets at the tour's end. Last of all, he let the kids all spray water from a genuine fire hose. Mason had the most memorable look on his face of complete satisfaction! Our planned campout was squashed by a 60% chance of rain.

Wednesday we drove up to Logan to have a wiener roast in Logan Canyon. It rained most of the way there. We ended up grilling dogs on Raquel's grill and picnicking on her living room floor. All the kids were pretty tired of being pent up so once the rain stopped we raced up the canyon to First Dam in order to feed the ducks. The rain held off for a couple more hours so we continued up to canyon to Second Dam for a nature walk and fishing. Fishing turned out to be a three-ringed circus act. Not enough fishing poles to go around and too many energetic kids to amuse. Plus it was nap time for our little chipmunk so we had some major cranky issues going around. Mia found a huge leaf which she used as a fairy umbrella. Her favorite activity is to go running. She looks for me and says, "Mommy I running!" and runs as fast as she can. She kind of waddles when she runs...so cute!! I walked back to the car and strapped her into her seat, poor girl was so tired she fell asleep in about 2 minutes. We drove back to Raquel's to drop of Emma and have a snack break. Justin and I left the group there to visit my Grandparents for an hour. We dined on Del Taco for dinner...super, duper, pooper yum.

Today? It rained, and rained, and rained. I have NEVER seen this much rain in the 9 years that I 've lived in Utah. It is a bit hard to contain and entertain 8 energetic kids inside the house. Spenser and Laura set up their tent in the backyard to give the kids more space to roam about. I escaped for an hour to Nuttall's in Centerville. They are moving their store so all their flannel was 70% off! I scored some awesome boy fabric to make blankets and burpies for him. That should keep me busy once I get back home. I also finished reading the "Sorceress" from the Nicholas Flamel Alchemist series. It was pretty good. Charity says the next book is already completed but won't be released until next year: STUPID PUBLISHERS!! My mom and brother are in Logan today. Maybe tomorrow we will move our FOB to Mom's house. The new flooring is supposed to be installed today and tomorrow. Then we can help clean up, I am sure mom could use the man power.