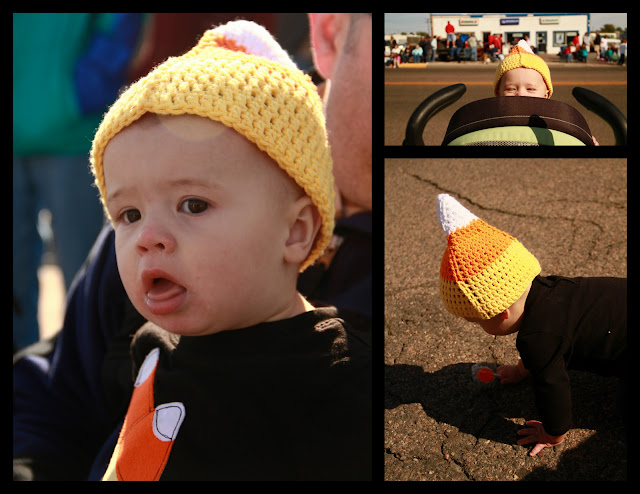 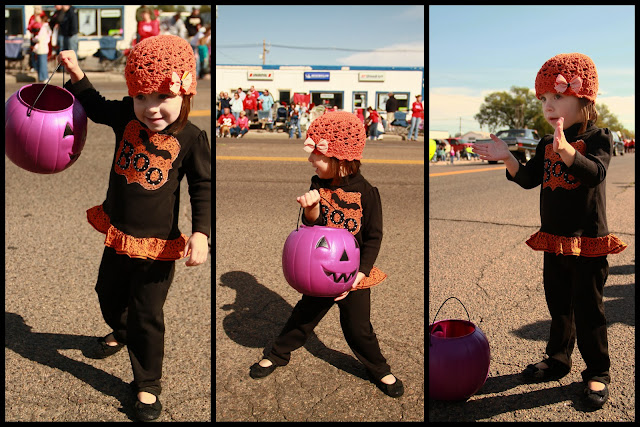 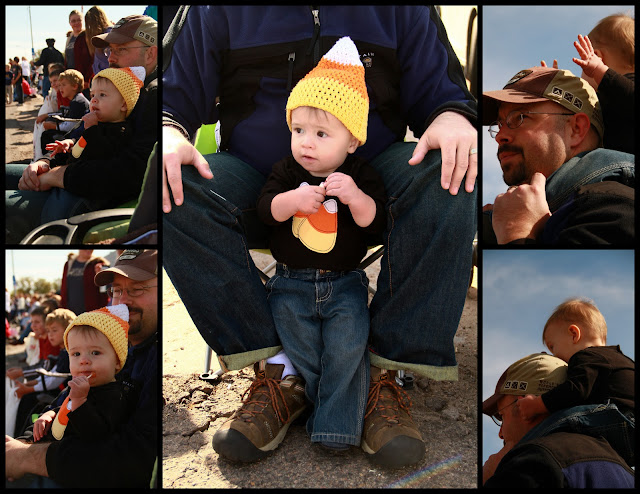 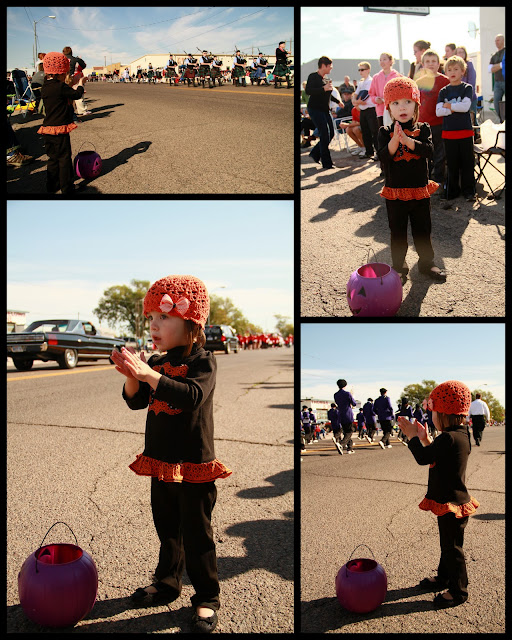 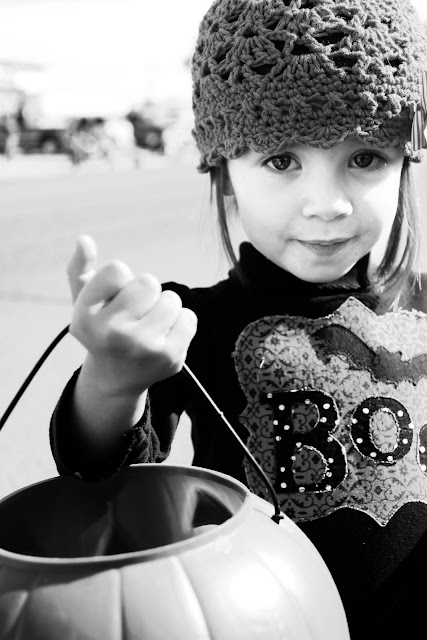 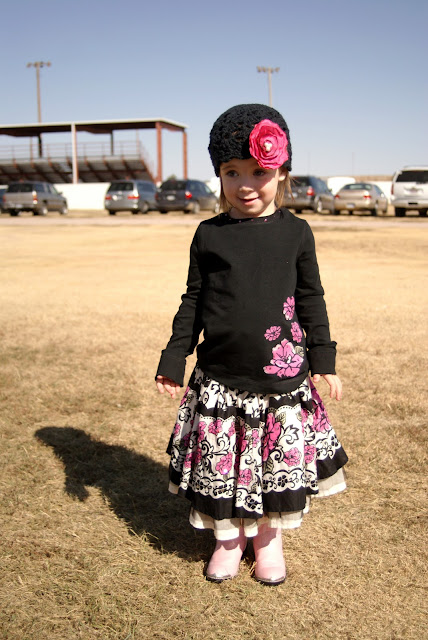 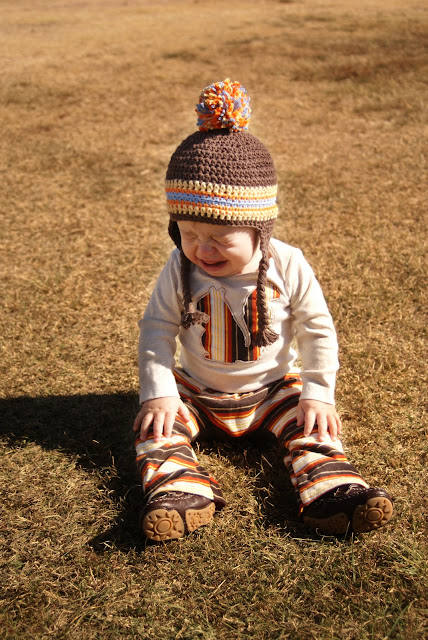 Friday we met up with some ladies at the fairgrounds to peruse the craft show and farmer's market. Amelia was so excited to visit the craft party at the fair. I did not buy anything, not much was my style or if it was I could easily whip the item up. I was sorely tempted by a cute little wooden bench, alas I ignored it's siren cry. Amelia thought the pay phones were so amazing. We met up with Justin at Cabela's for lunch after our little outing. Usually I adore Kung Fu movies, except for the one we watched Friday evening. Jackie Chan is one of my favorites. This movie was horrible. The only redeeming fact was that I crocheted an order for a diaper cover during the movie.

Saturday morning Amelia woke up pretty early around 7:30 am ready to see the parade and get candy. The parade started the same time as General Conference, a huge bummer. The delight of Sidney's once a year parade merited our absence. Thanks to Justin's phone we learned a couple minutes after conference started about the new temples announced. FINALLY, Portugal will have a temple. Oh man, my eyes teared up and I was transported back to Lisbon sitting over the dedication site for the temple 12 years ago. Words seem so inadequate to describe how amazing that announcement is. Fulfillment of a vision and dedication prayer given decades and decades ago. The parade lost it's glow for me...until Amelia started clapping and chasing candy. She was a hoot! Phillip loved sucking his way through 3 lollipops. His eyes were larger than saucers when the huge tractors rattled by and the motorcycle gang rumbled by. I caught him with a dumb look on his face more than once, or maybe it was a look of complete awe. Amelia filled her little pumpkin purse 3/4 full with candy. I think we should now cancel Halloween.

Afternoon conference was amazing. I crocheted a bonnet from a vintage pattern dated from the 1860's. It turned out okay for the effort of trying to decipher old English. Justin made a run for pizza at Walmart. Walmart has the best pizza in Sidney, sad I know! While Justin went to his session the kids and I visited Alison for a moment, returned some DVDs, and got an ice cream cone. My favorite quote came from Elder Uchtdorf: " Strength comes not from frantic activity but from being settled on a firm foundation of truth and light. It comes from placing our attention and efforts on the basics of the restored gospel of Jesus Christ. It comes from paying attention to the divine things that matter most." The cincher quote was: ...If we do not simply our lives "Milestones can become millstones - ambitions can become albatrosses." Simplification, simplification, simplification is on the horizon!

Today we enjoyed watching conference. We took a short walk in between sessions to enjoy the wonderful weather. I tried for 4 hours to knit a hat. I started over 6 times and never made it past the third row. Grrrrr. I will triumph! I went to our other garden to pick some carrots, celery, lisbon onions, squash, and zucchini. My squash plants had quite a few blossoms, enough to try fried squash blossoms. I thought the blossoms were pretty tasty! I stuffed the blossoms with sour cream, cheese, and marjoram then rolled them in an egg wash then a flour mixture (with corn starch, cumin, and salt) and then fried the tasty little buggers. Yep, I liked them. Nope, Justin did not. He is a nerd. We passed the evening quite pleasantly with the Haley family.

**I had a fun photo shoot the other day with a gaggle of little girls. We danced, made silly faces, and had a magical tea party. Check it out here.