Is That Chocolate Syrup or What?? 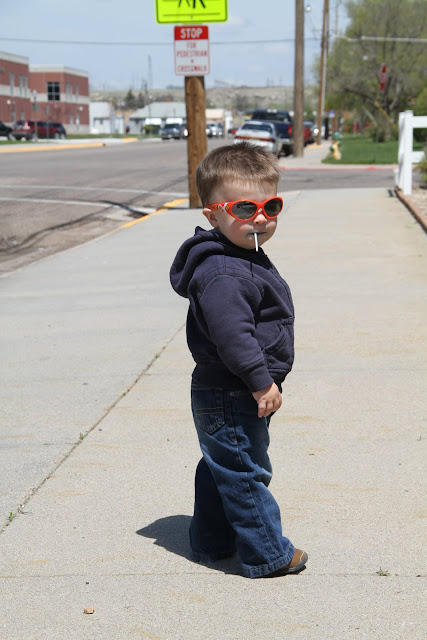 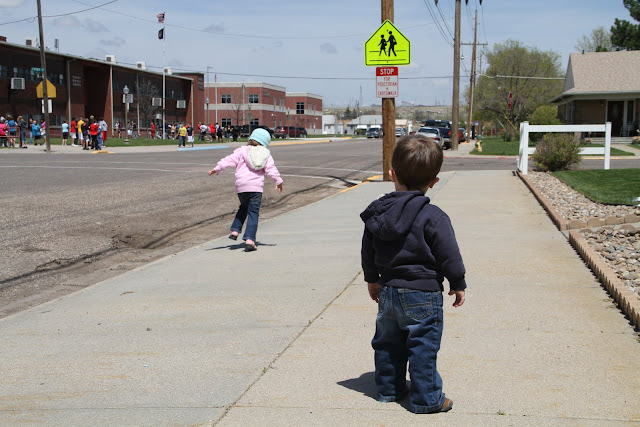 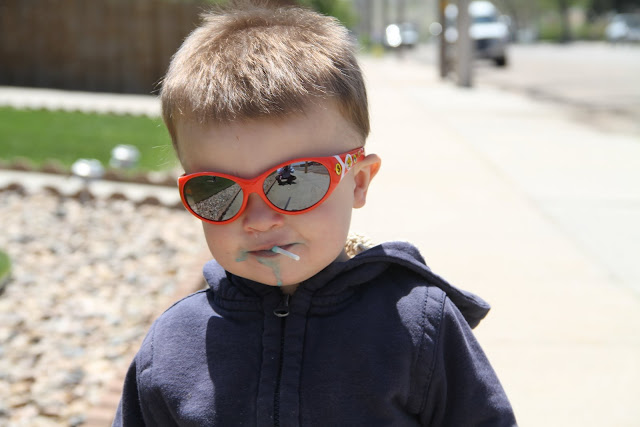 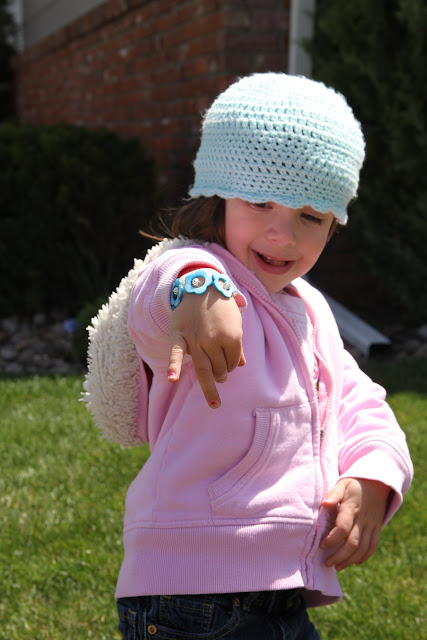 I feel like a train ran me over this week. Ever since Saturday I've felt really nauseous and chilled, maybe I have a touch of flu? Or maybe I am almost 37 weeks pregnant. Not sure. I fell asleep yesterday afternoon and woke up a few hours later to Phillip screaming, Amelia smearing play dough everywhere, and my phone ringing. Boy, that was a great nap.

Friday evening we hosted our third piano recital! Only Morley and Theda started with me 18 mths ago. The kids played well and showed off their new skills. This quarter the kids decided to earn doughnut points for an incentive. Noah, Lauren, and Traeli earned the max points and doughnuts. Way to go guys! I am not offering lessons until school resumes in August. It is bitter sweet. We all earned a nice summer vacation after all that practicing.

Saturday I was a huge grouchy bear all day. I took my steam off by making bracelets for Amelia! She strung her own beads while I made the actual bracelets. Her new bracelets are so purty, just like a colorful rainbow. She is showing off her favorite one above. Her new favorite color is blue, NOT pink. Pink is so last month.

Sunday was a little stressful due to Ward Conference and HS graduation. We had quite a number of visitors and only me to direct primary. The Sharing Time lesson was a little over the Jr Primary's head but I managed by the seat of my dress. We also only had four teachers show up, grrrrr. Sunday is not so relaxing of late. I was asleep before my head hit the pillow after church. After I got up I noticed a bottle of chocolate syrup on the counter but did not register that it was not in the proper place (well-hidden). After Phillip got up I played the piano for 10 minutes while the kids played behind me. Or so I thought. Master Phillip got the bottle of chocolate and sprayed it all over the kitchen counter, floor, chair, and his body. Then he wandered down the hallway leaving a trail of chocolate to our room. On our bedspread he left a Shroud of Turin likeness of his face and hands. Justin finally noticed his chocolatey state after he slobbered all over. Phillip has a strange habit of rubbing whatever is on his hands into his hair. Pretty amazing! Justin bathed the chocolate monster while I attended to the kitchen and washing our bedding.

Monday we had preschool at the park since the weather was sunny, still a bit breezy. Phillip sat in the car watching Elmo while I photographed a family at the park. We reunited with Amelia and played until lunchtime. Phillip fell down a flight of stairs from a tall slide at the park. He had no obvious injuries just walked funny for a while and clung to me. Scared the little dude...and I.

This morning Phillip got up at 5:50. Ever since daylight savings he rarely sleeps past 6:30 anymore. I grab him as quickly as possible and run to the basement before he wakes up Amelia. I fix him a bottle of Ovaltine and collapse on the couch while we snuggle. This morning things were going as usual. Shortly after Justin left for work I caught a whiff of freshly needed diaper change. I untangled Amelia from my arms and stumbled off the couch....to find...Phillip. He discovered that his poop smears nicely on the couch, carpet, and was busy painting a Picasso on the wall. He yelled and growled me his amusement, then combed his poopy hands through his hair clapping in exuberance. I puked. He laughed. I cleaned and puked. He got a bath. That kid will have a onesie on for the next year now.