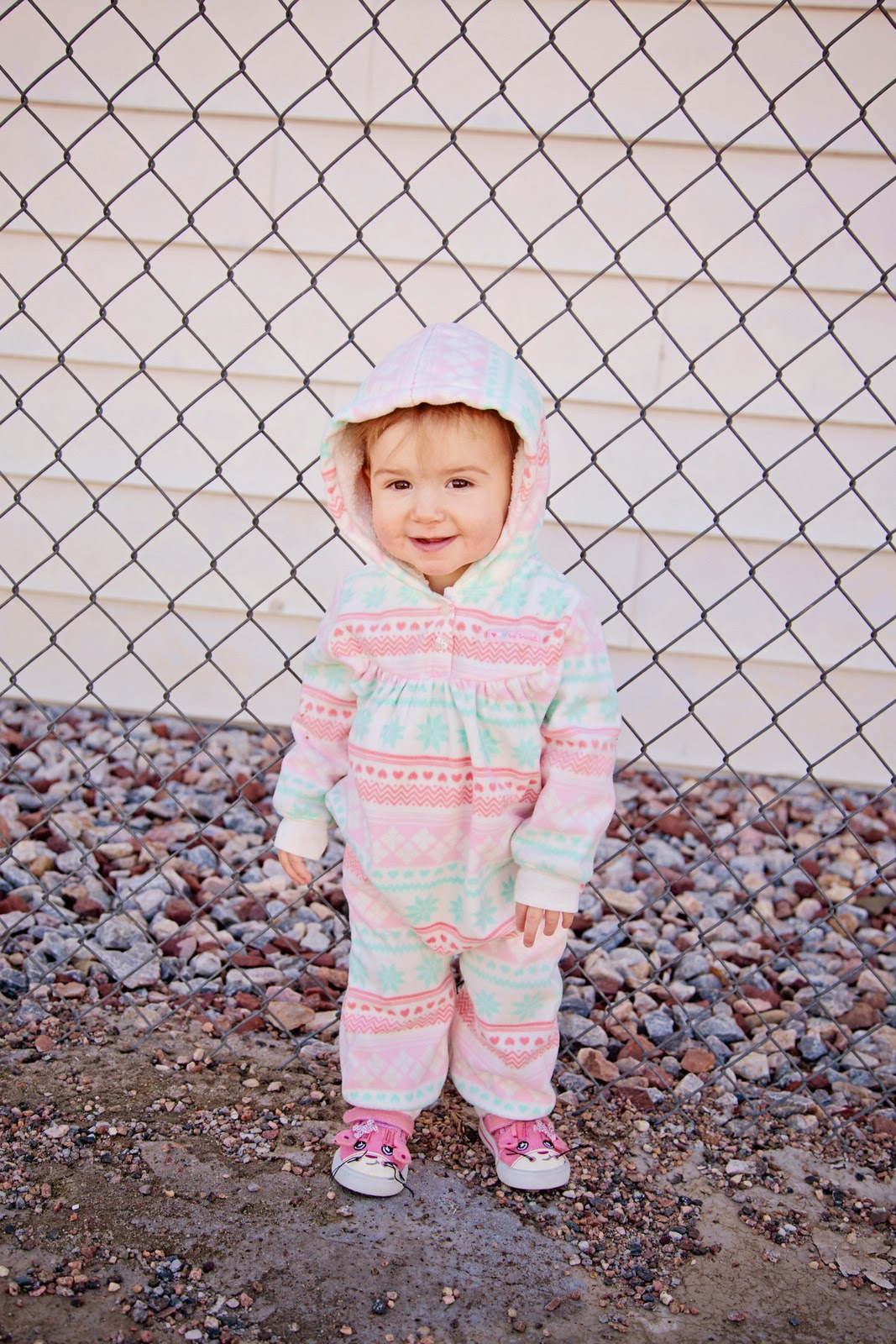 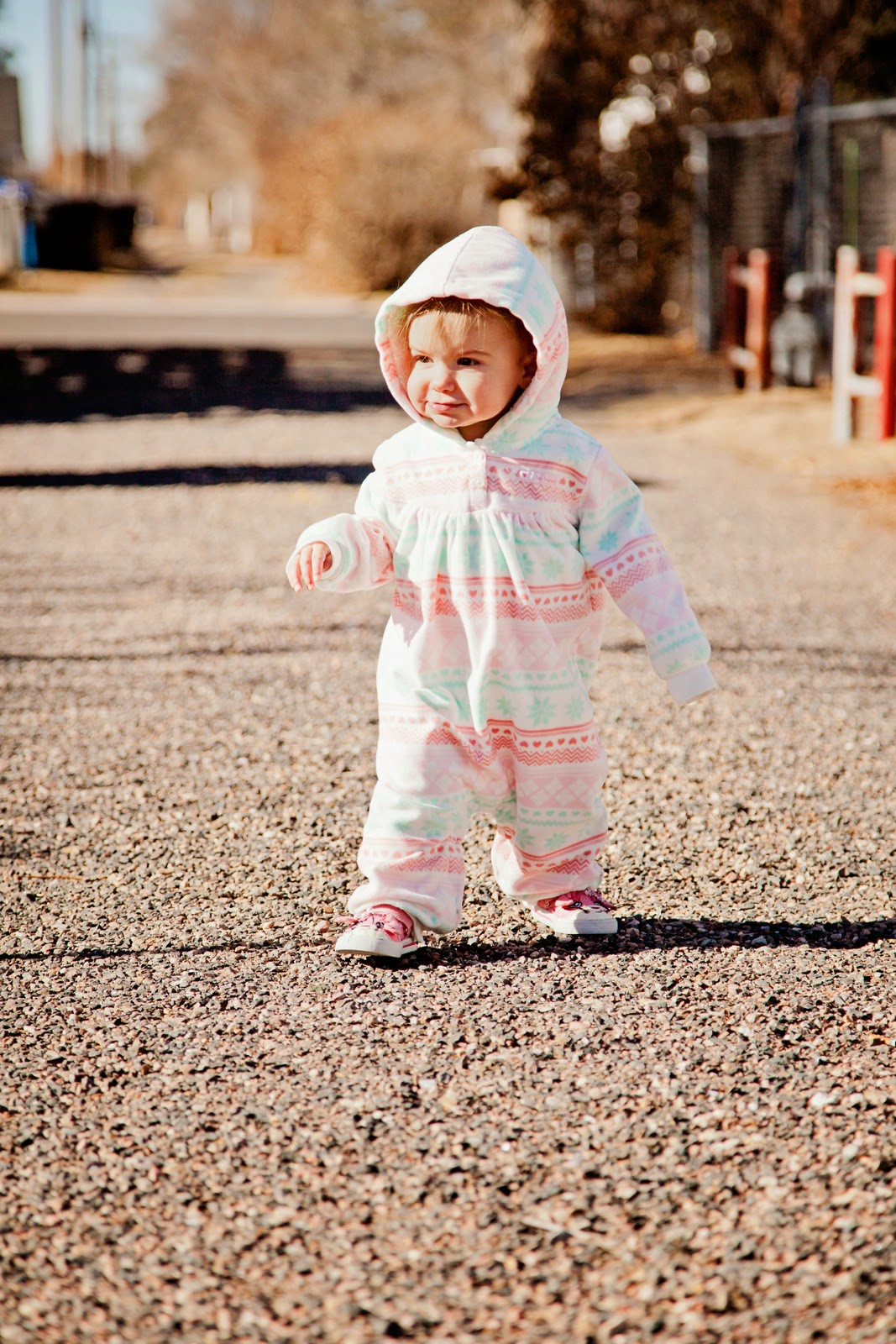 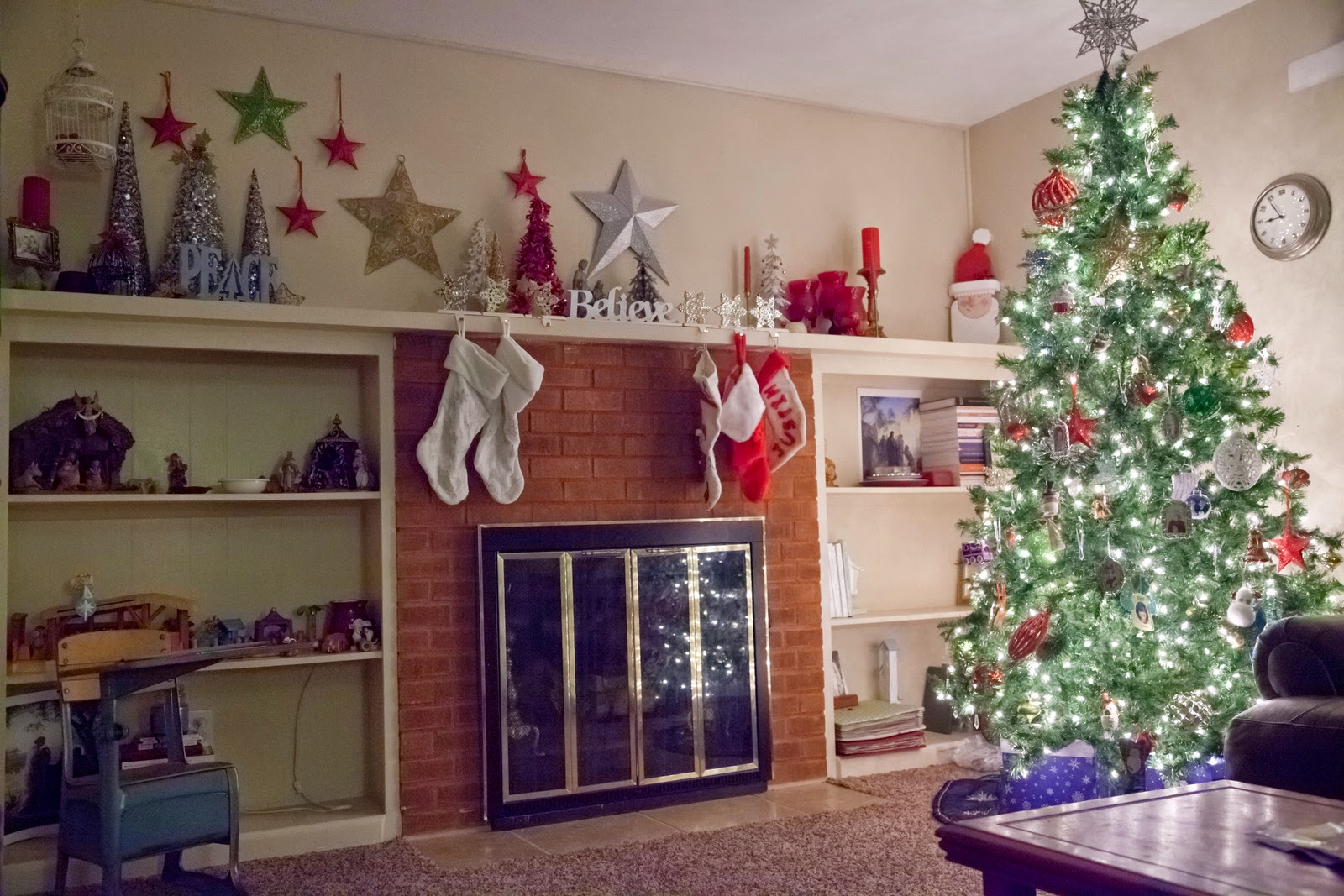 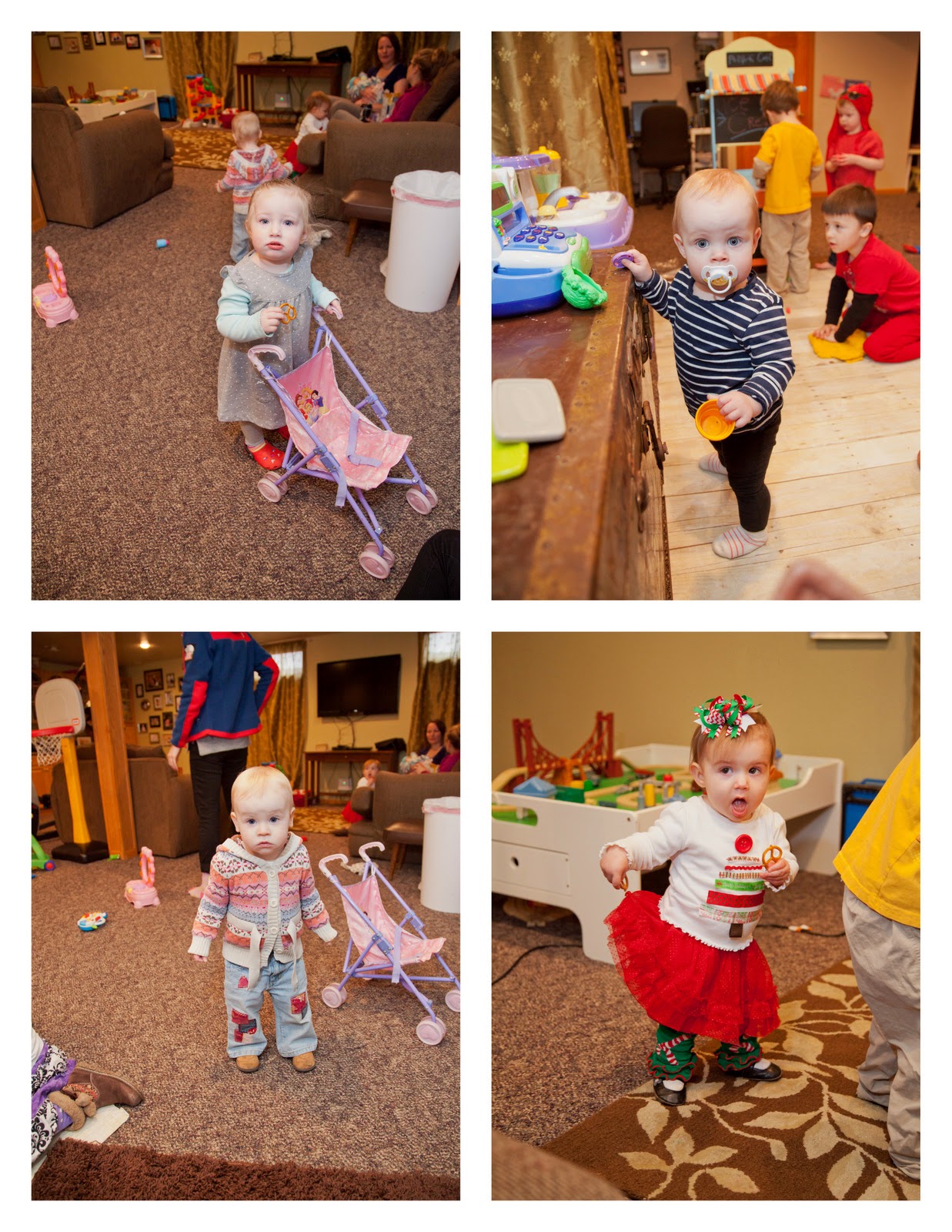 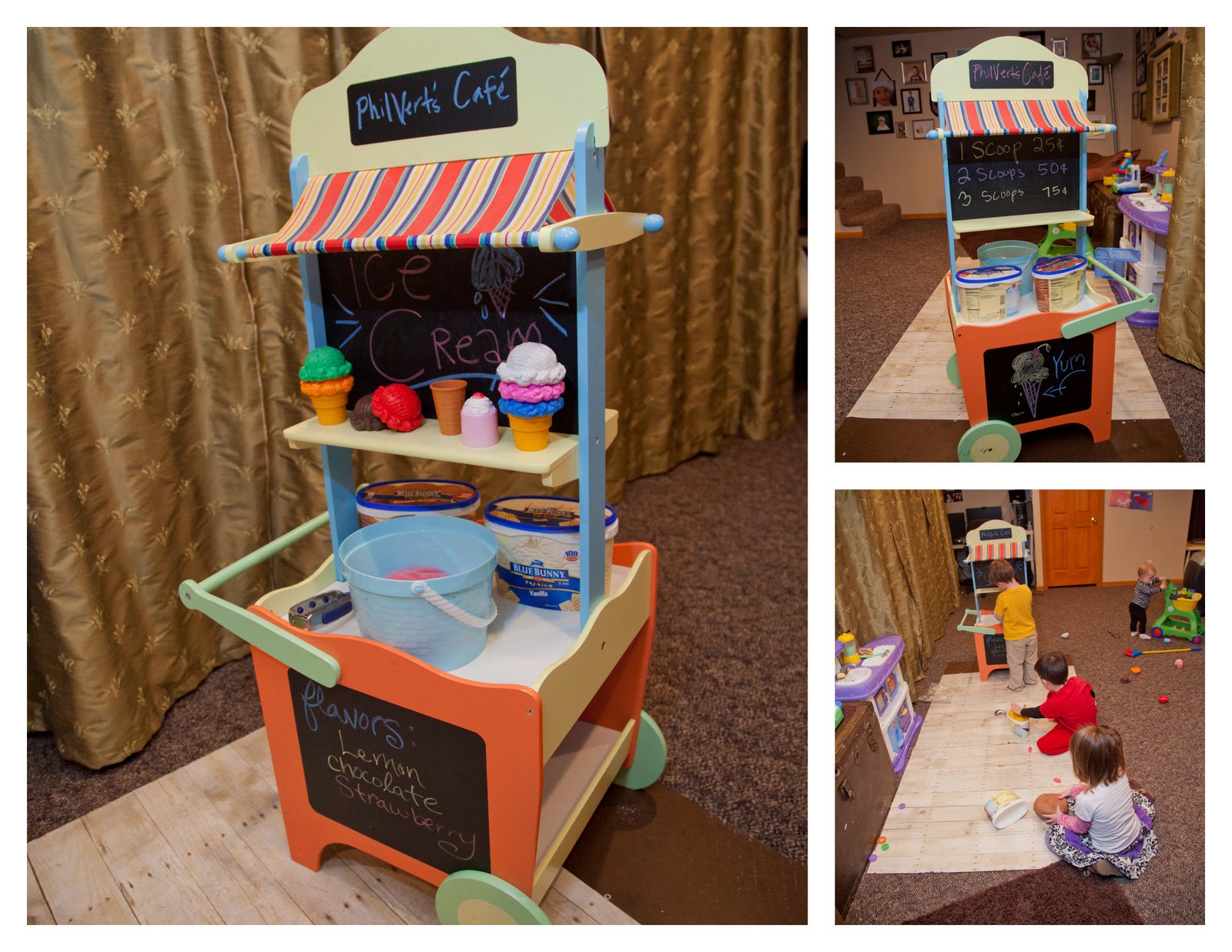 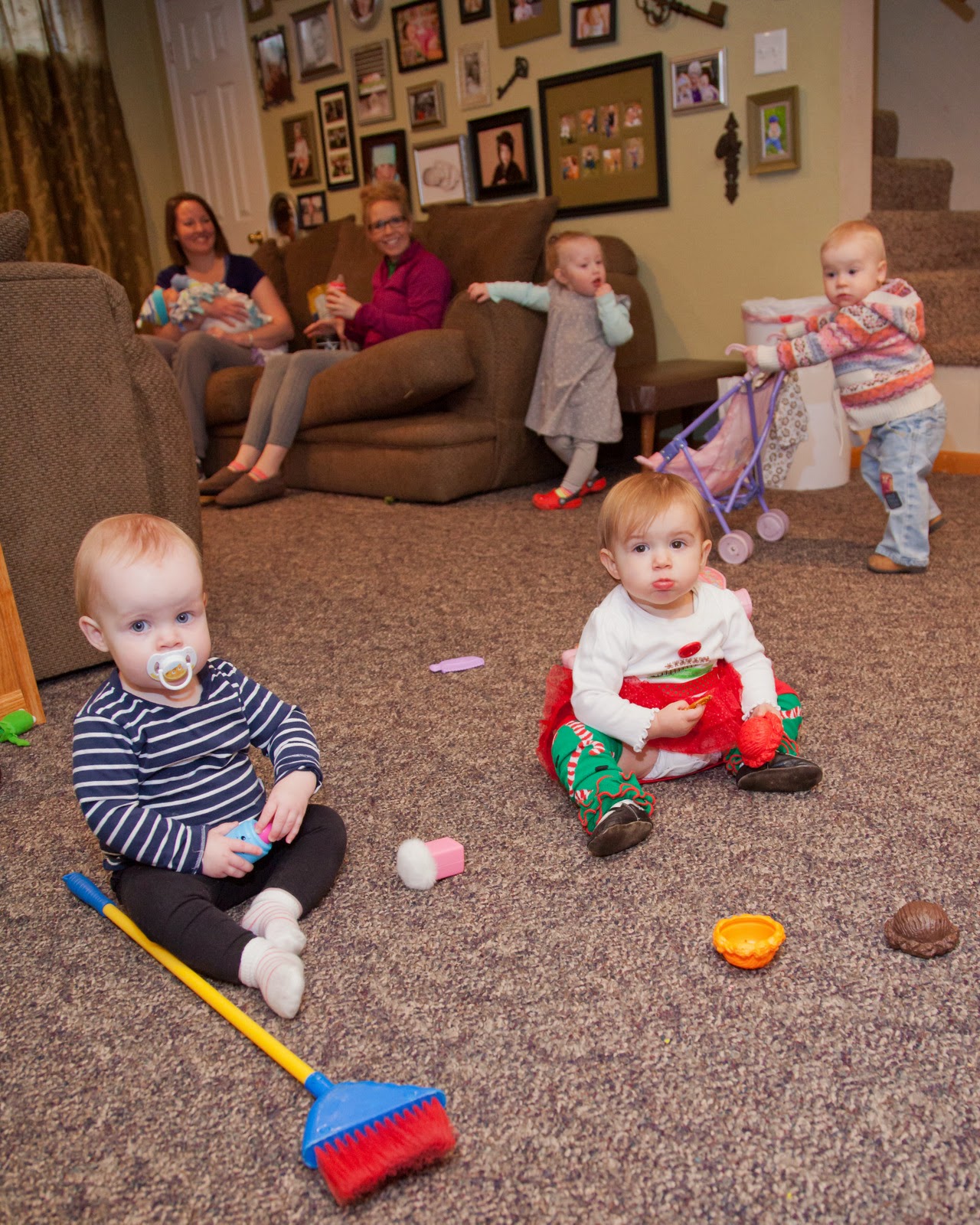 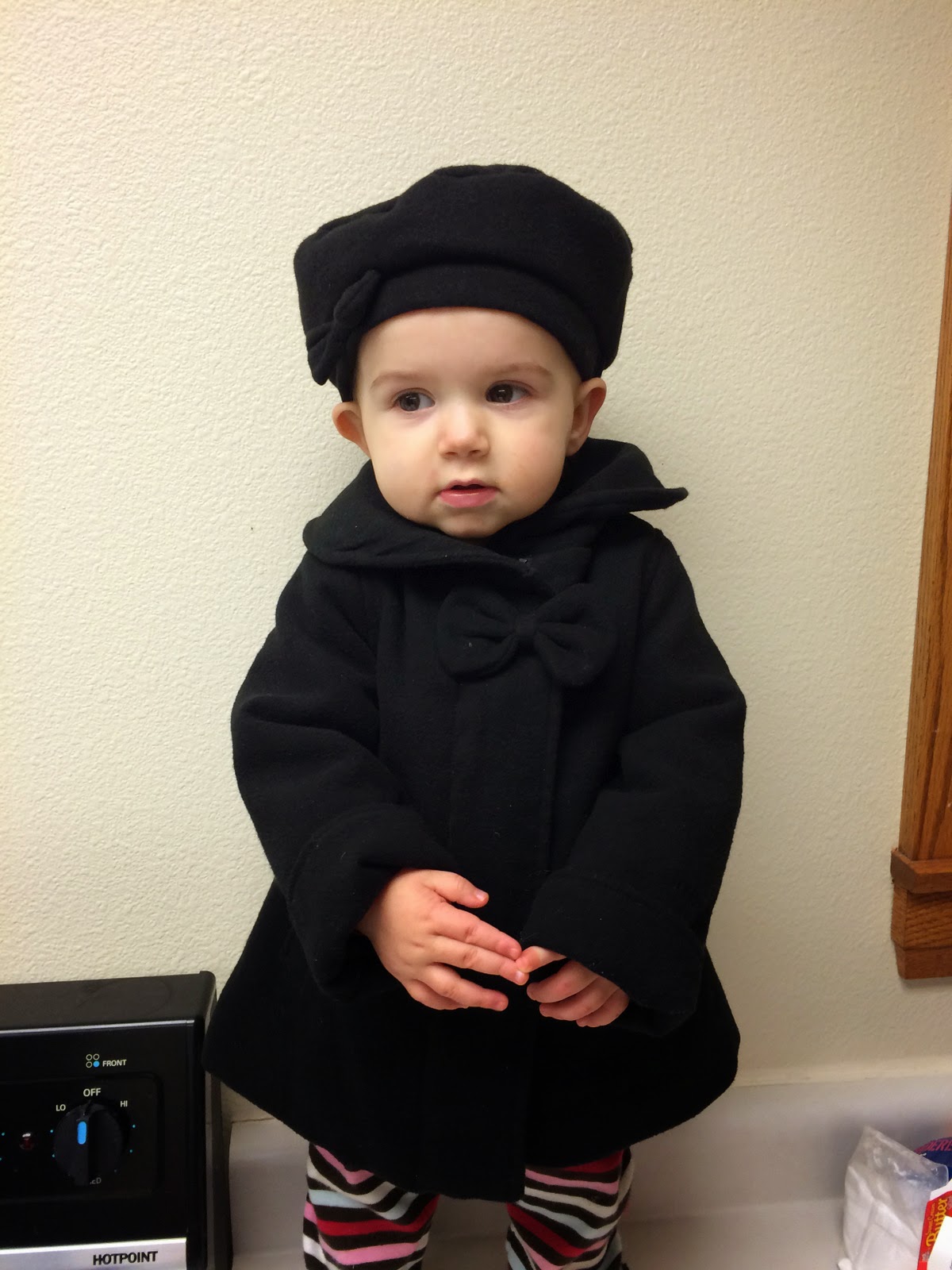 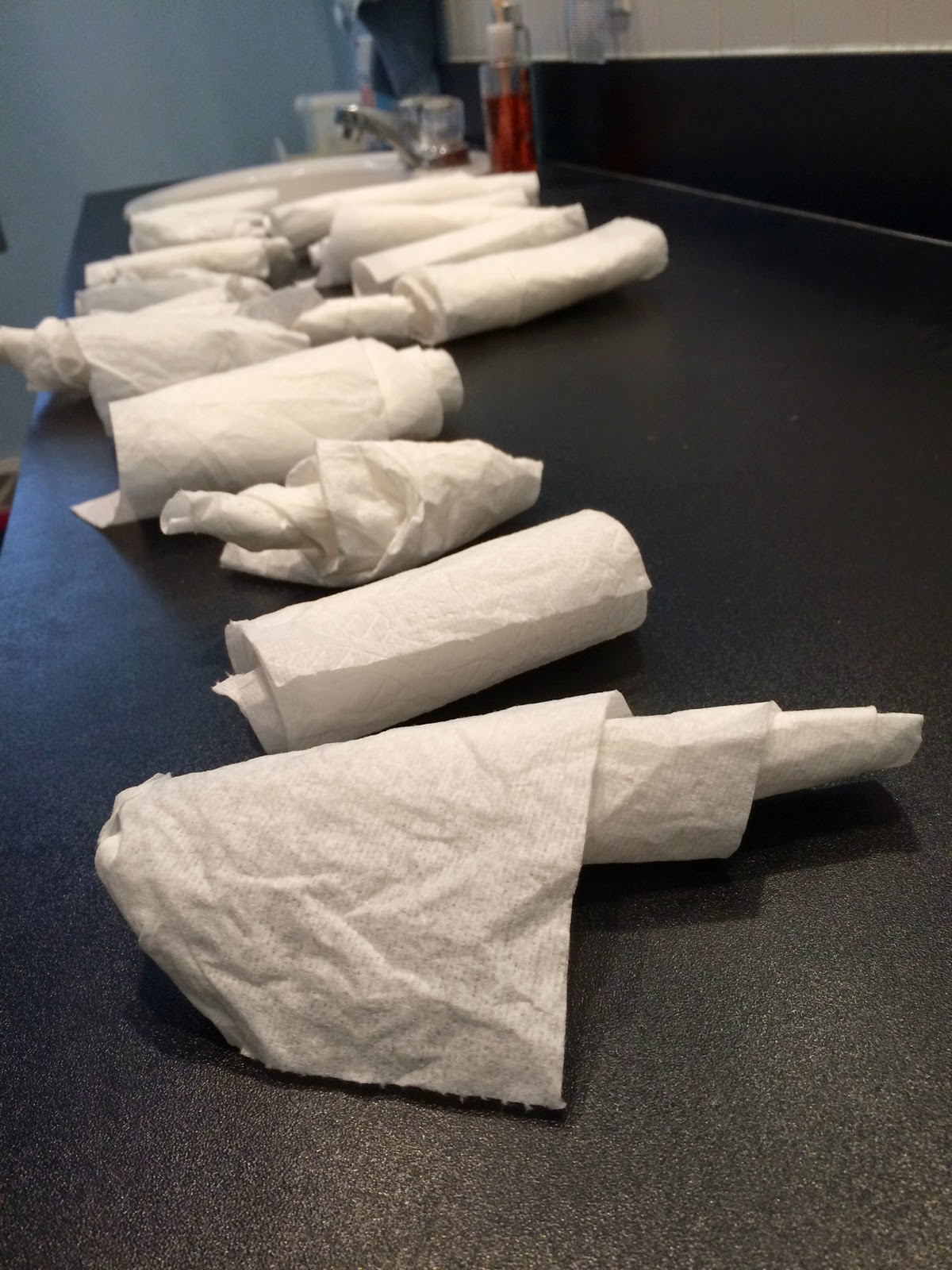 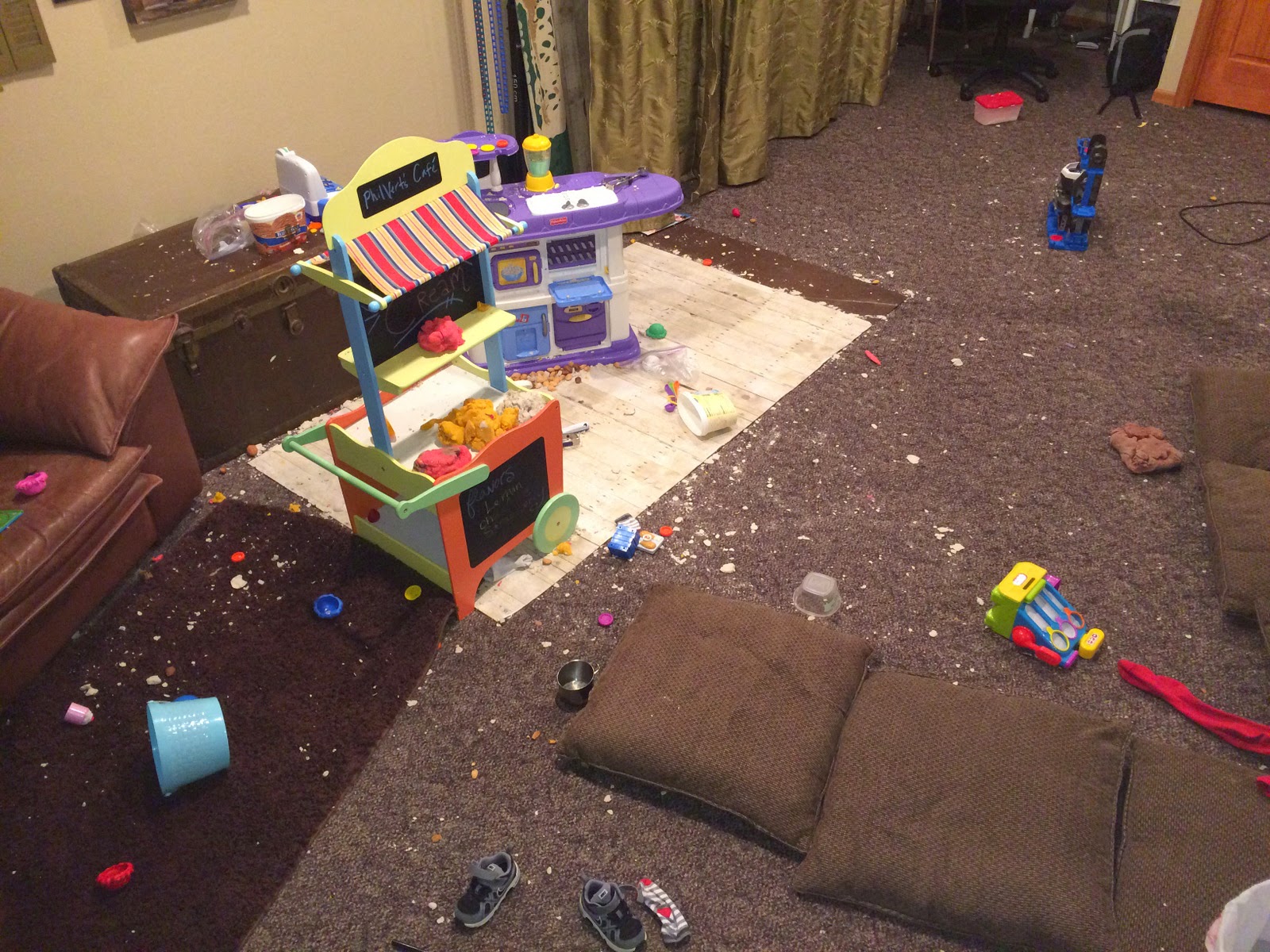 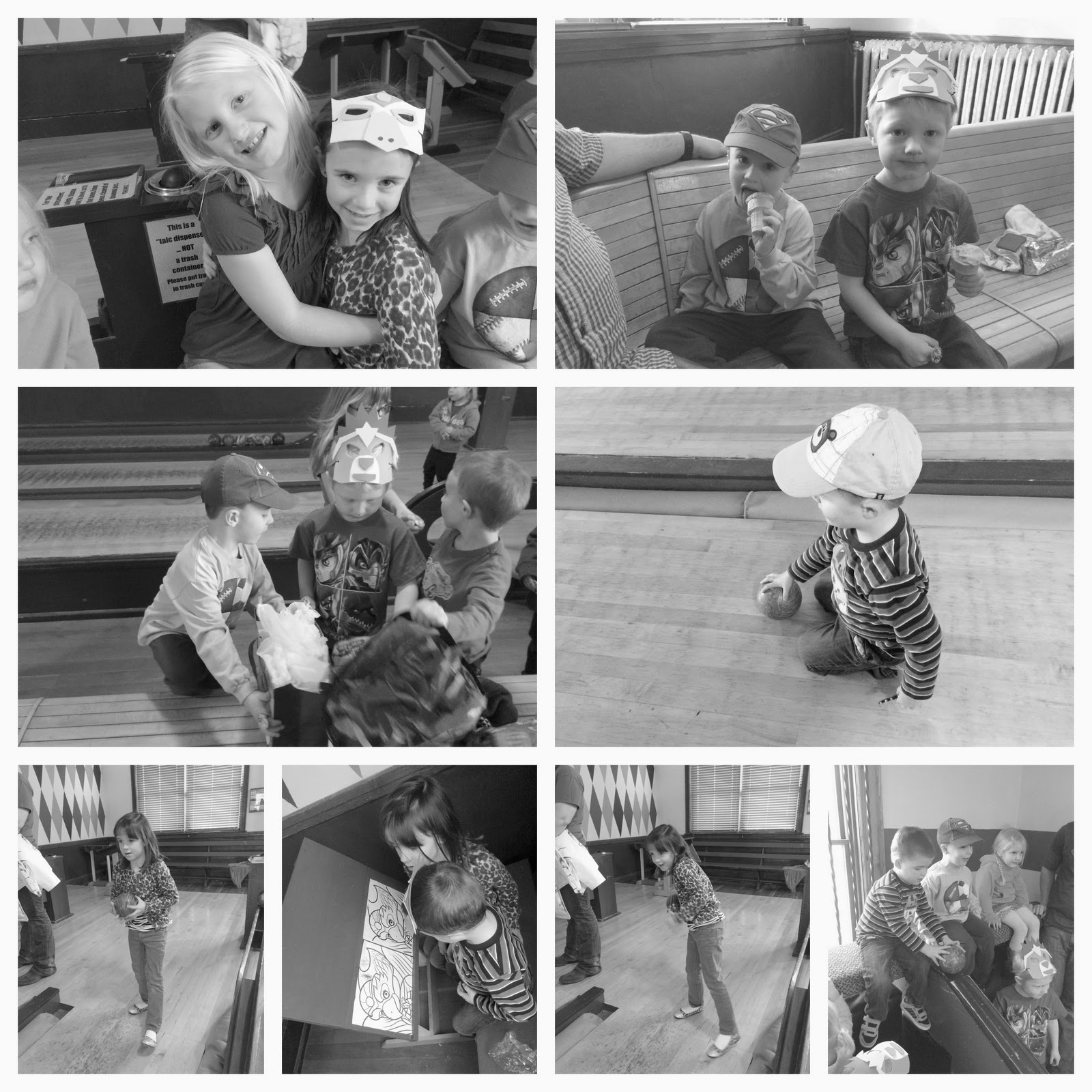 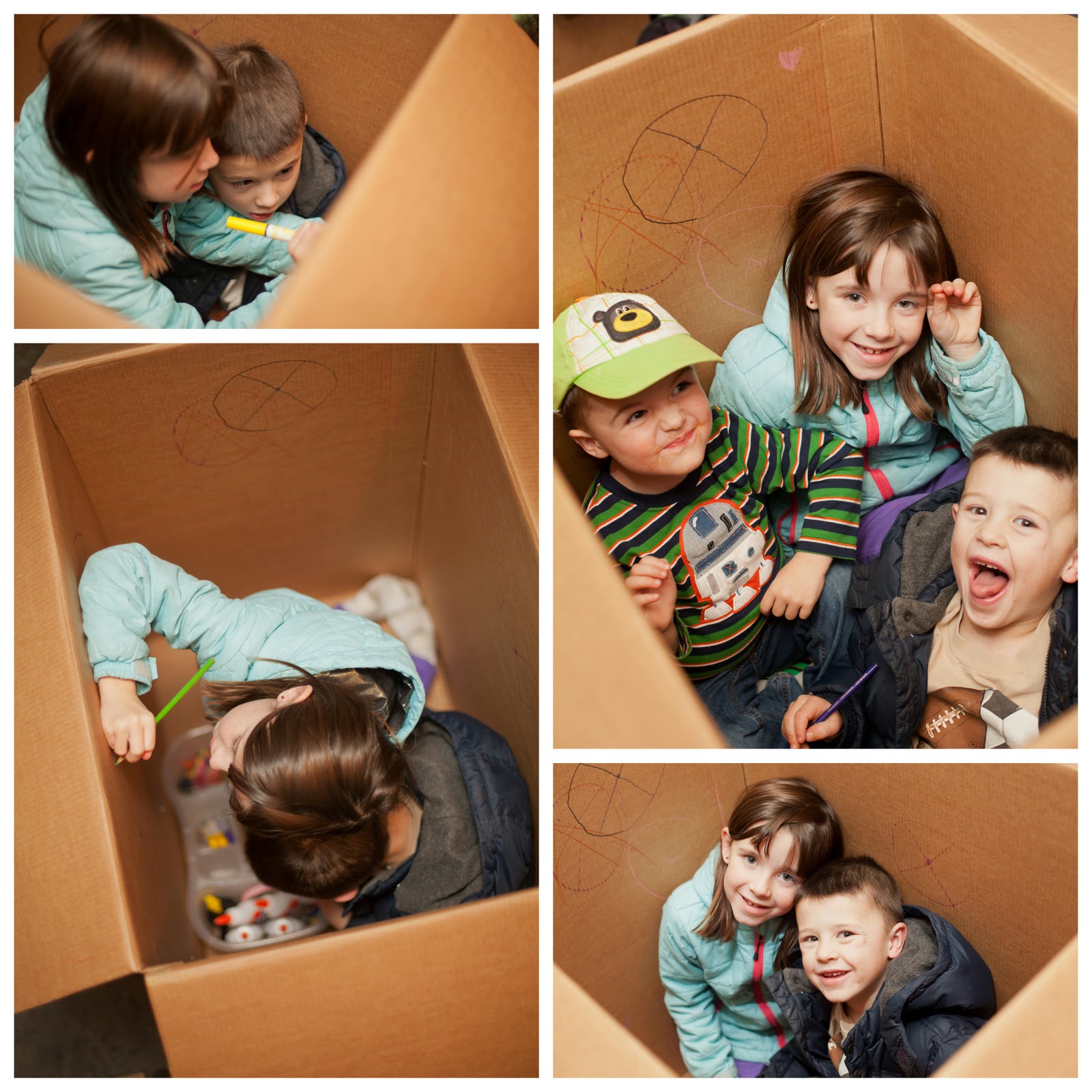 This week felt like a very stressful and busy week. We put up the Christmas decorations, I taught preschool, and we had something going on each night this week. To top it all off Evelyn is sick (or teething), Justin had a cold, Phillip has a runny nose, and I had a migraine all week then developed an ear infection. I was so tired all week I ended up taking 1-2 naps per day.

Monday night we decorated the tree. I always imagine Christmas music softly playing and the kids reverently hanging ornaments. Quite the opposite happened over here! We put up the tree Sunday night. All Monday I worked on the mantle and everything except decorating the tree. I did wrap beaded garlands around the tree. My helpful boys unwrapped the garlands and broke the garlands dragging them around the house and wrapping each other up. Oh well I was in the mood for a change. I stopped off at Family Dollar after school and got some large red/green ornaments to use instead of the garlands and to replace the blue ones my boys crushed last year. Monday night was just as chaotic. We ended up with a tree heavily decorated three feet and below. I love it. I thrifted a fun new silver tree and a berry garland at Salvation Army, both look awesome with my tree collection.

Tuesday we learned about the letter "S" in preschool. I kept those kids hopping from one activity to another. The highlights were using moon dough to make "S" shapes, eating snowman face cottage cheese, making a snowman with the letter "S" and playing with frozen water beads. We lucked out weather wise so could play with the beads outside.  Everett and I were in the basement playing in my craft room when he had an accident. I cleaned him up and sent him upstairs to find clean undies. Instead I heard muted Power Ranger sounds. He was in the main basement room naked with a grill lighter shooting bad guys. I asked if he found some undies, he check out his privates and replied he was still naked. He went back to shooting bad guys. I laughed at my silly boy. The RS held a dinner for the ladies. I enjoyed no kids for an evening. We sang hymns and listened to scriptures telling the Nativity story after dinner. I sat with Megan Gillan, Michelle Rognon, and the McMannis girls.

After school I wanted to check out the new quilting store in town to see if she had fabric that would work for new stockings. I had all the kids with me...in a fabric store. The owner is a Grandma so was a good at using her mommy voice. After Phillip and Everett starting organizing her thread collection I had to banish the boys to a bench. She did carry some fabric that worked for my needs. I am grateful she understood our need to work speedily and banish us from the shop. I need leashes. I found the cutest black pea coat and cap for Evelyn at the thrift store this week. She looked quite posh wearing it to YM/YW. The leaders showed the girls how to make easy holiday goodies. I showed how to make cream cheese mints. Amelia and Phillip enjoy going with me because they get to play with their little friends at church. I was up late Wednesday making mounds of play dough for preschool. I found a new recipe that adds glycerin to regular salt dough. Oh my heavens, the dough is amazing.

We hosted a playgroup/baby shower on Thursday during preschool. I was hoping for a good turn out since the ladies in preschool were available. Only three ladies showed up. Since my letter was S and theme ice cream I organized an ice cream play dough center. Half of the kids were under age 2 and not interested in playing. I hope Chrissy enjoyed the morning out in spite of poor attendance. Emily brought along Clara, who is the same age as Maggie and Evelyn. The three girls decided the Elmo radio was the best toy and had a hard time sharing. Evelyn often won since she is used to competing with 3 older siblings. Alison hosted her ornament exchange. I look forward to her yearly party with yummy treats and excellent company. This year was no exception, in fact, maybe the best ever. I made spicy hummus with pita chips. Evelyn and Amelia came with me, Amelia came to play with Ella, and Evelyn was just plain crabby. Justin had stuff to get done at home.

Justin and I went on a nice, relaxing date Friday evening. We had some dinner at Luigi's. Justin predicts it will go out of business in less than 6 months, a very likely prediction. The highlight was spending the evening at Cabela's with half the employees shopping the store getting "at-cost" prices. I think we scored some cool deals. I am excited for Christmas morning when I can slip on new slippers and wear a cute sweater (or two). We were a little disappointed the fly swatter salt guns were out of stock. Our friend Deb brought over her twins to play with the kids and babysit at the same time. The kids had a smashing time spreading 20 lbs of play dough and moon dough around the basement. Phew, that was a pretty huge mess. Justin helped the kids clean up their terrible mess the next morning while I took myself to the Dr for ear drops and then Walmart for food.

Phillip's friend celebrated his birthday at the duck pin bowling alley in Potter. Duck pins are smaller than regular pins and the balls are half the size or more than bowling balls. The dads stood at the end of the alleys to manually set up pins and roll the balls back. Holy heck, the kids thought duck bowling was super fun. Conner also had fun color crayons, color sheets, and FOOD. Cupcakes and juice boxes to be exact. I loved the moment when Conner decided to open his gifts and he was swarmed with little helpers. I had two short photo sessions right before the sun went down. Justin took the older kids to see the new Penguin movie. Evelyn and I worked on my stocking project. So far I have the pieces cut out, batting adhered, cuffs made and applique cut. Now all I need to do is sew them up! I am a little scared I will sew one up backwards so am taking extra precaution to pin and assemble everything before sewing. I've wanted to make stockings for 10 years now! The kids went missing for a time. I found them in the garage boxed up with some crayons, a stool, and nightlight. I love when they do that. The box because a race car, then a rocket, then a movie theater. Childhood at it's best right there.

Evelyn took a nap strike later in the week, only napping for an hour the entire day. Needless to say she was a bit grumpy. Her favorite toy this week is an Elmo radio that plays several different songs. She bee bops to tunes by chicken necking and bobbing her legs. We've never seen anything quite so adorable.

Everett loves to snuggle. He tries to snuggle me (attack me) each time I sit down. It is hard to refuse those brown eyes and his warm snuggles. He adopted "2-binkies" as his substitute for monkey binky. I was tired of fishing around for a loose binky he found. I located an old binky with a leash that Phillip used for a couple weeks when he was a baby. I attached the leash with the mam binky to a green binky. Well, he now loves his new "2-binky." Justin put PJ pants on Everett's head one evening, Everett started singing "squirrels in my pants...on my head!" Phillip also wanted squirrels in his church pants. Evidently, we watched Phineas and Ferb's episode, Squirrels in my pants.

Amelia is pretty funny with Innej making little appearances. She swears Innej knocked on the bathroom window and showed off a cute hat and bow through the window shade to Amelia. Amelia also made a naty and nice list to help keep the boys on track. She checks off their behaviors when they are good or bad. On the drive to Dalton we passed through Gurley. Amelia piped up from the back and said: "Mom, Gurley used to remind me of girls, now it reminds me of parsley." Eh? Are you confused? Me too! She also prayed that Grandpa Lane would be safe in Siberia. She is such a good girl, growing up too fast.

Lately, it feels like I am struggling spiritually. It is HARD to be a busy mom, a member of the Church of Jesus Christ of Latter-Day Saints, a good example, and everything else a woman is supposed to do. I often feel that I do not inject enough gospel into my kid's day, and my day at that. During testimony meeting today Sister Ferriola said sometimes it feels like we are bent over and tired from running a 5k. The Lord tells us to stand up straight and look forward. The running will actually be much easier if you are straight up and able to see and breathe correctly. I feel bent over and gasping, time to giddy up and stand up in the wind and look forward. I appreciate the spirit and testimony she bore today. It really helped this mama gain hope and wisdom for my next steps.