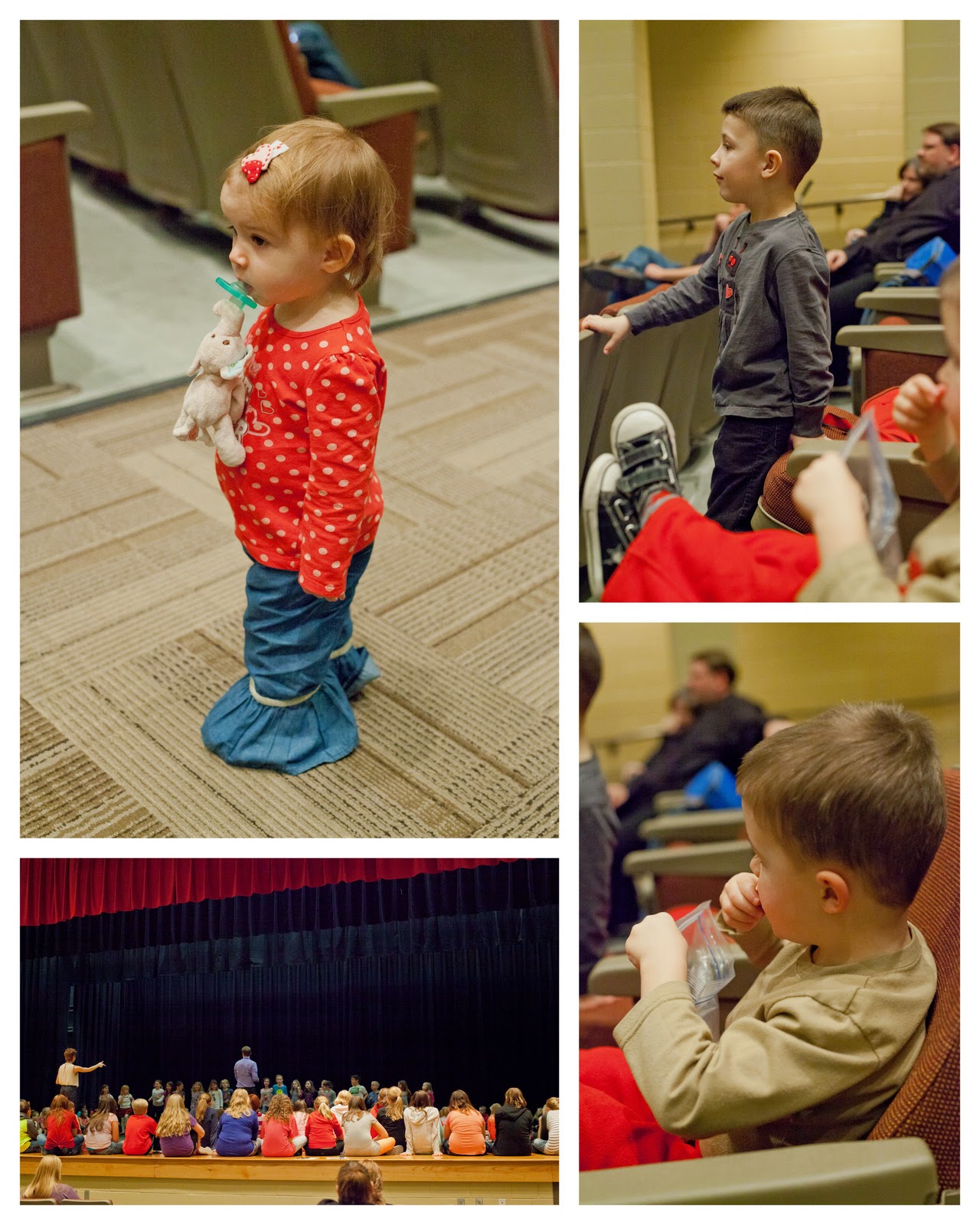 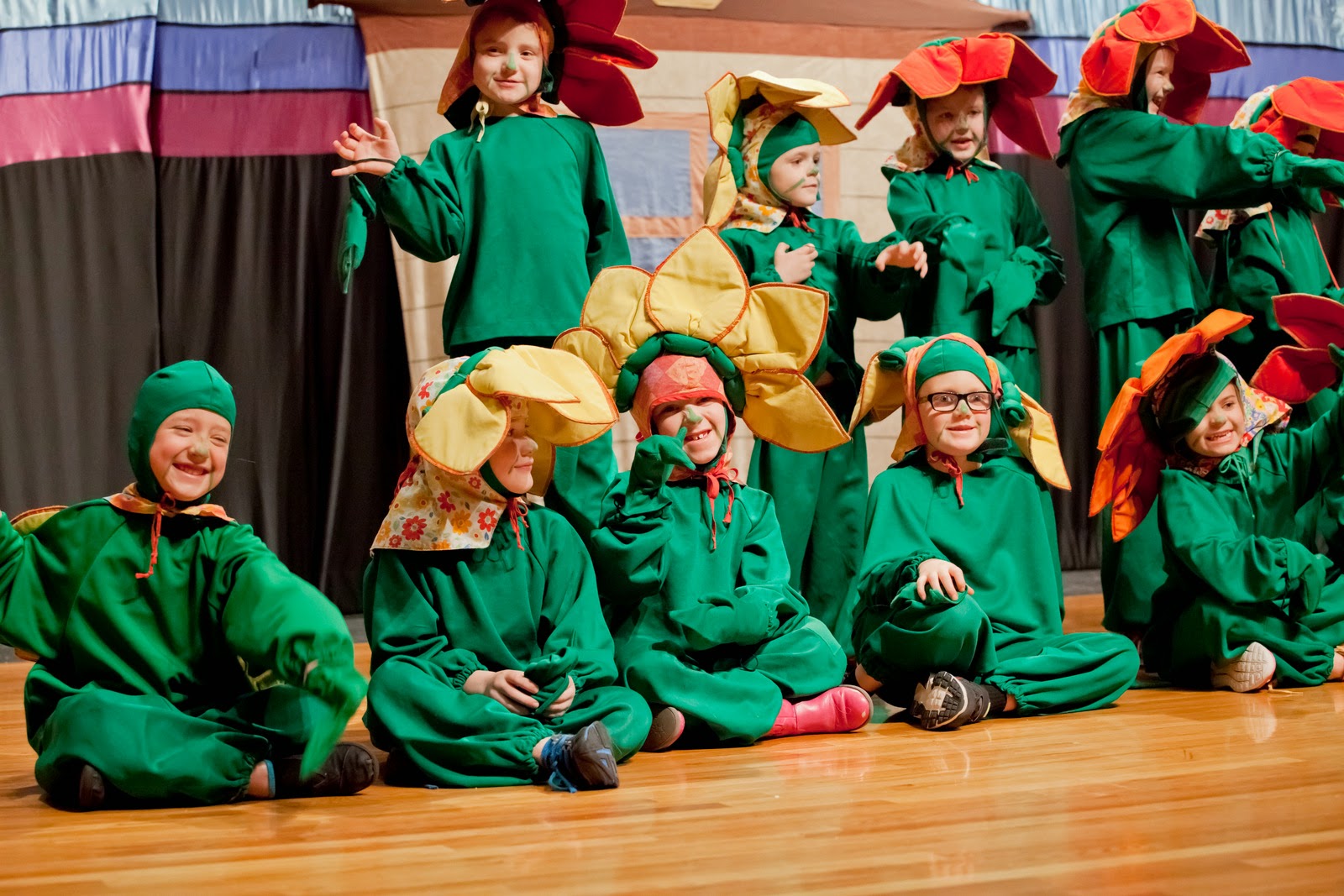 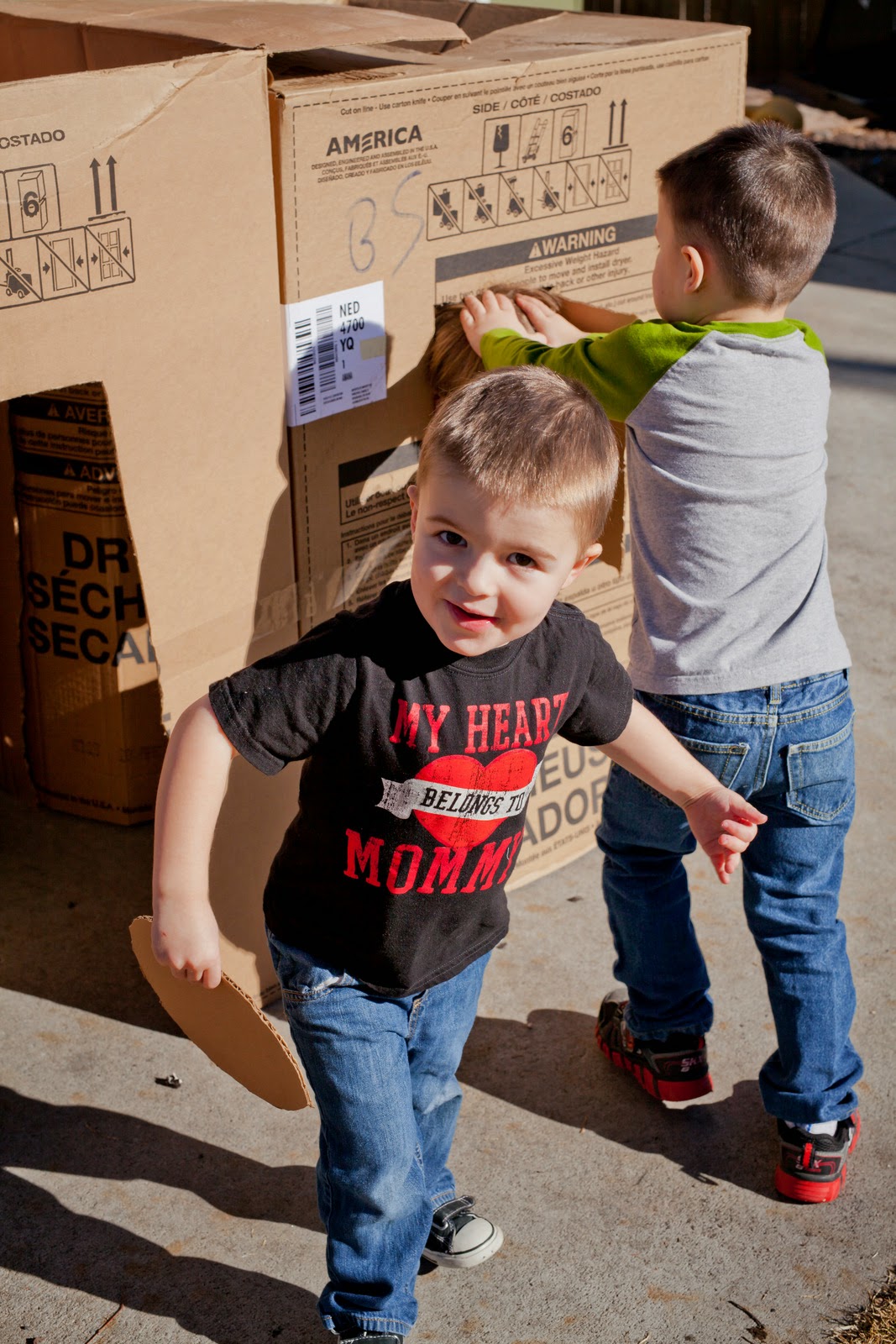 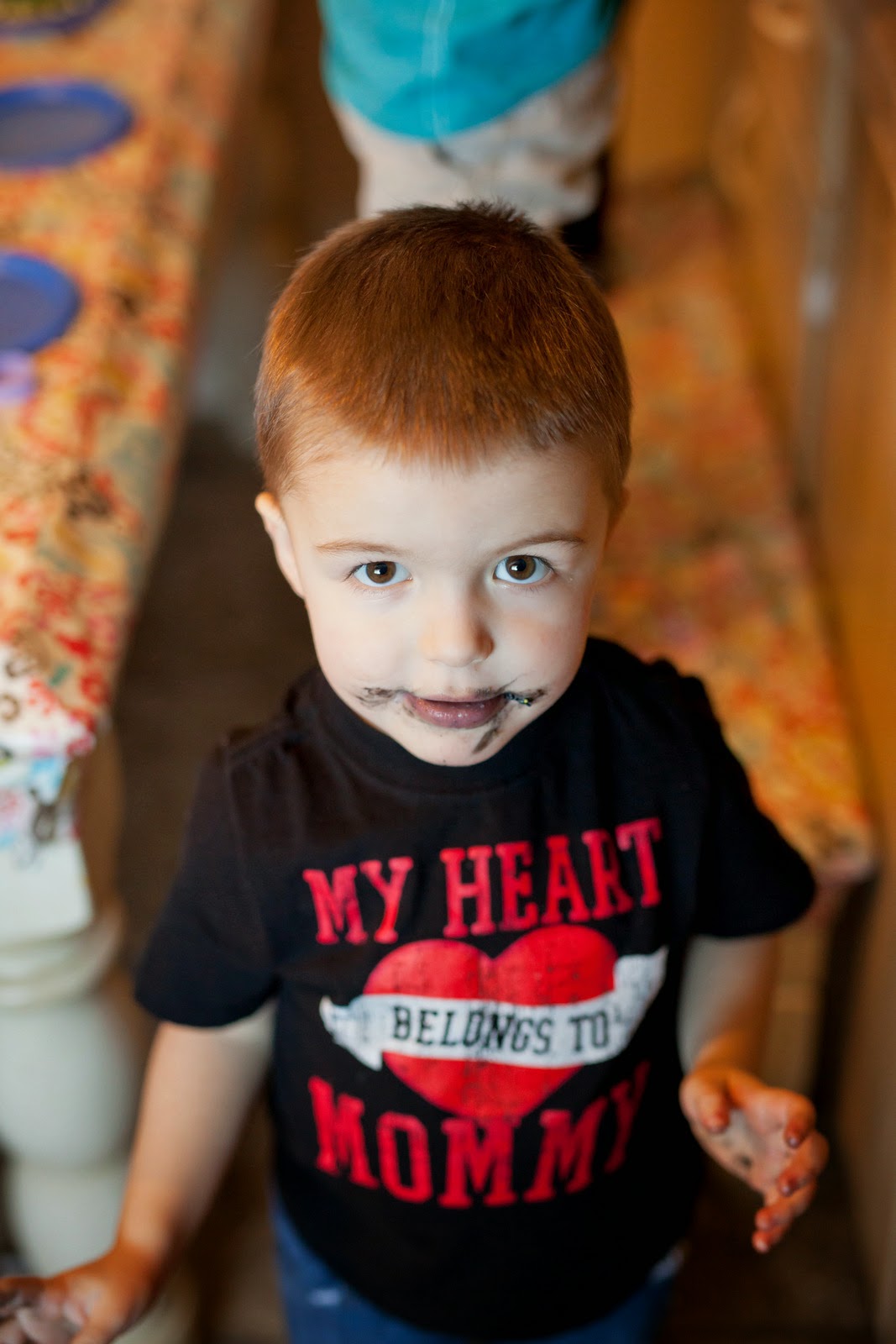 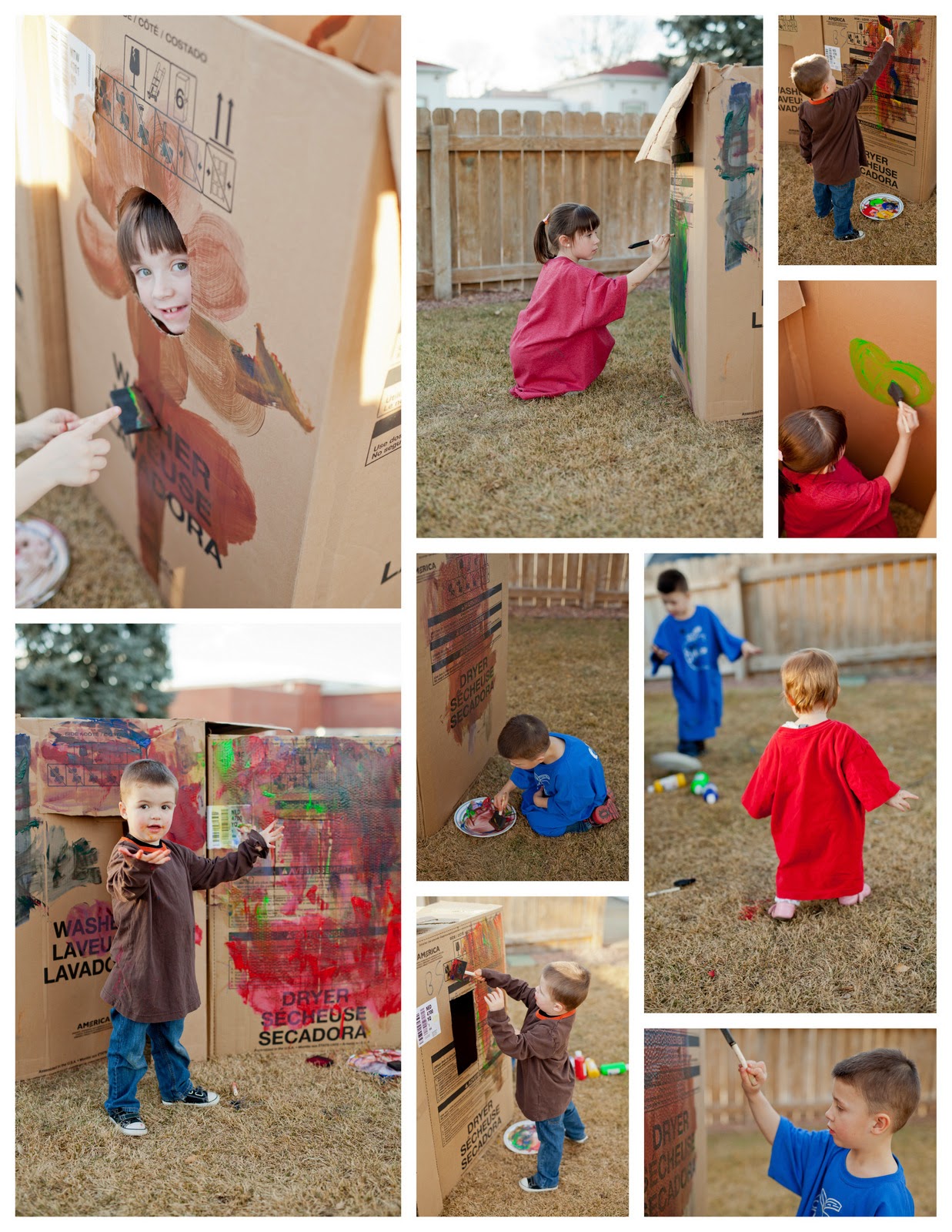 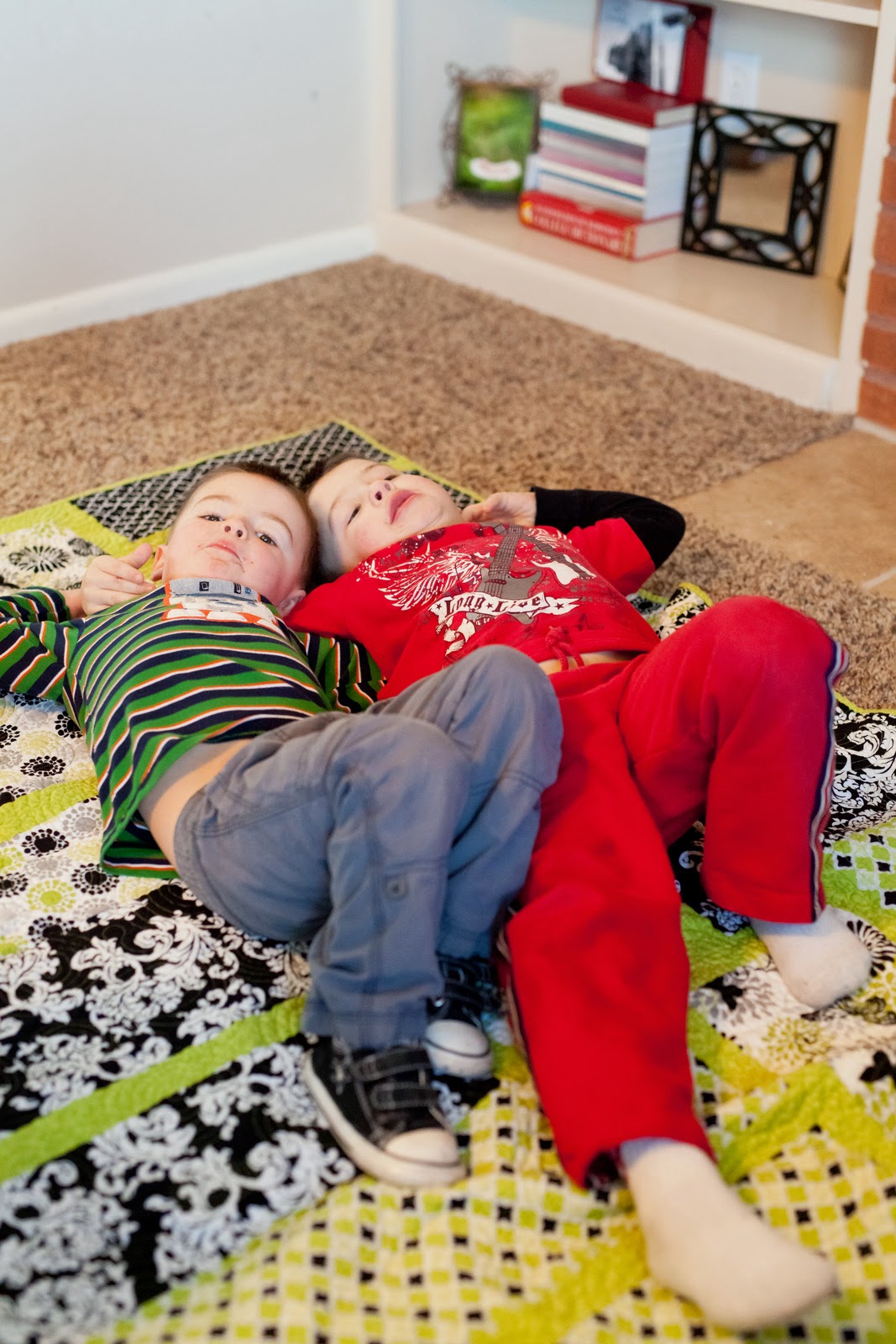 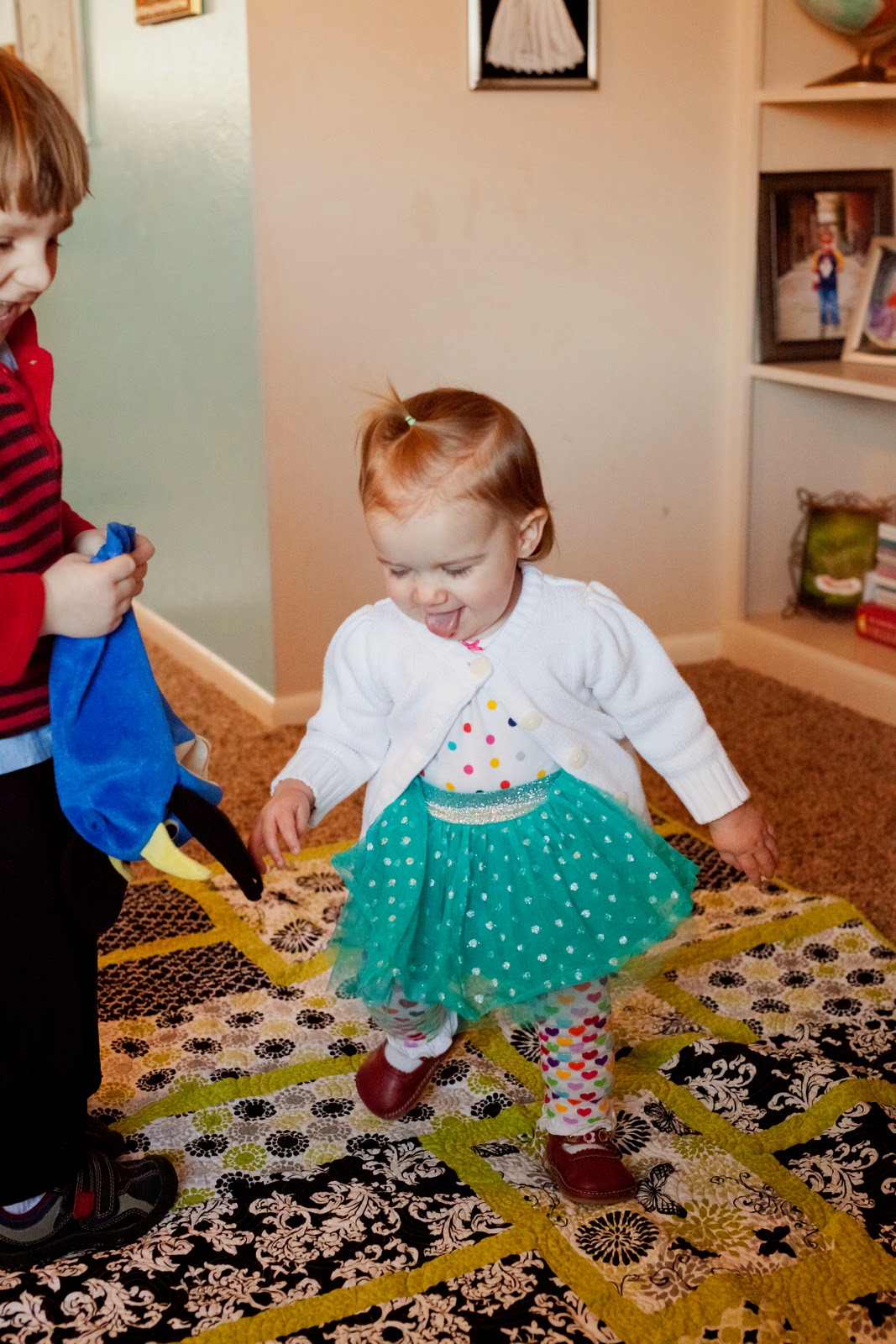 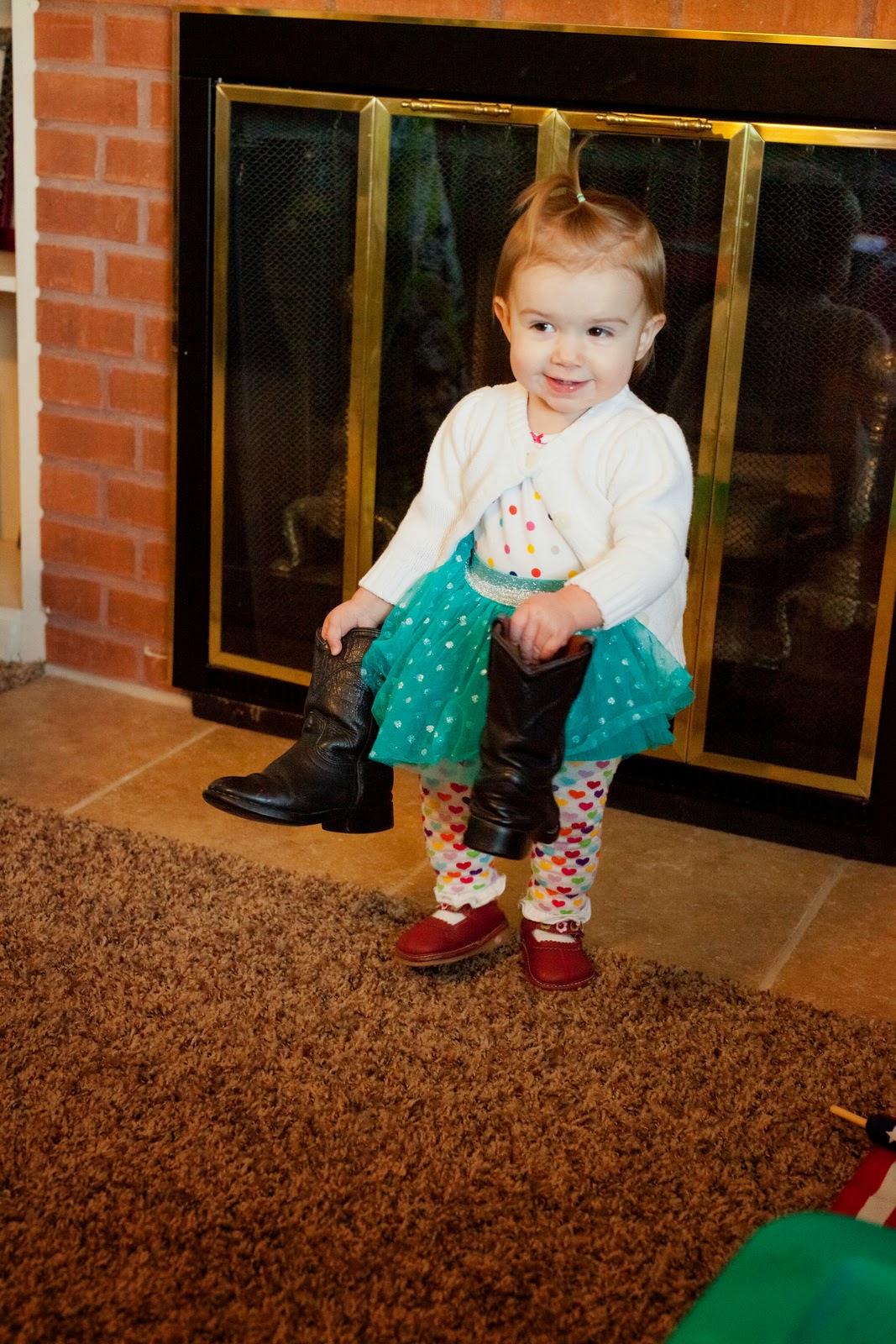 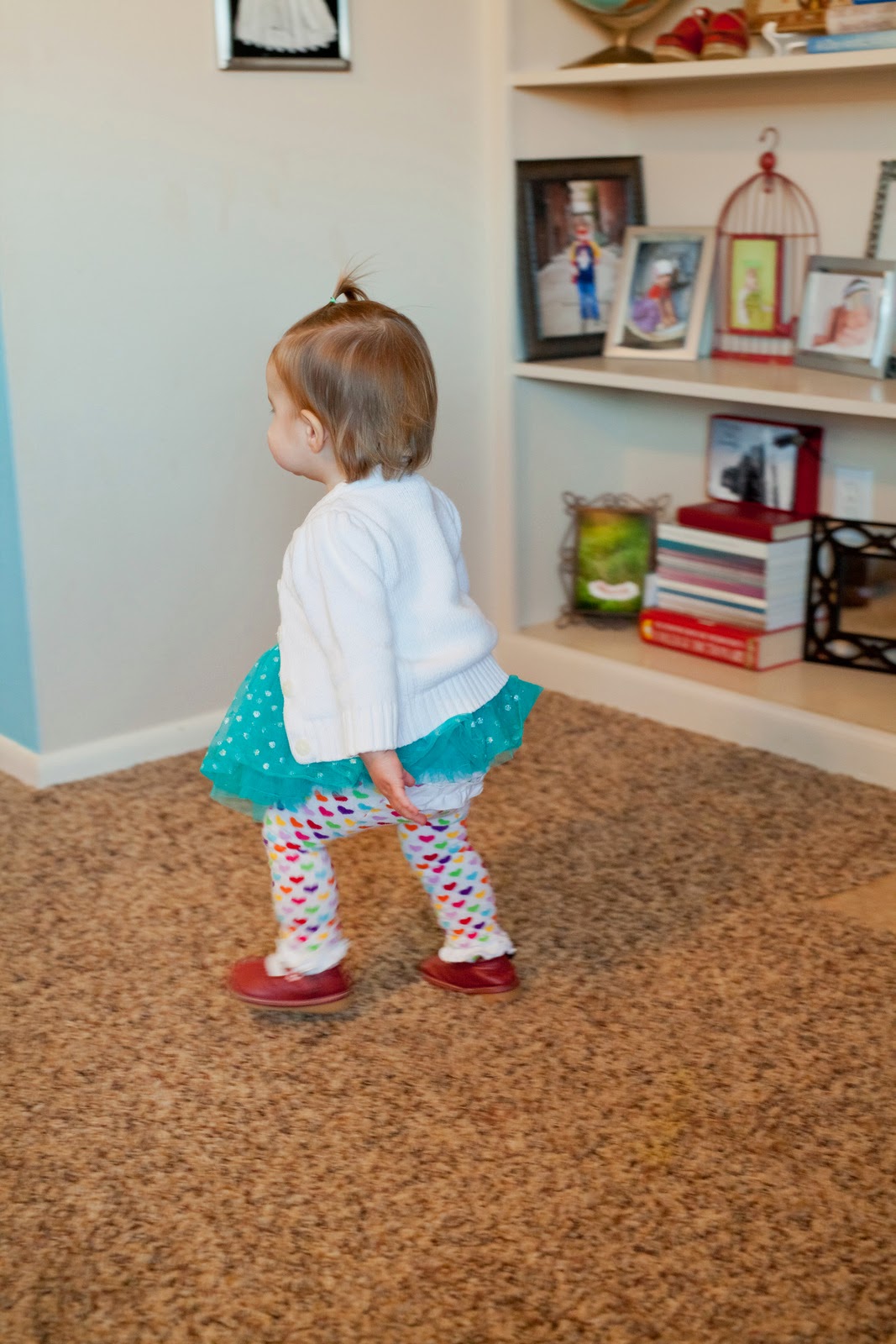 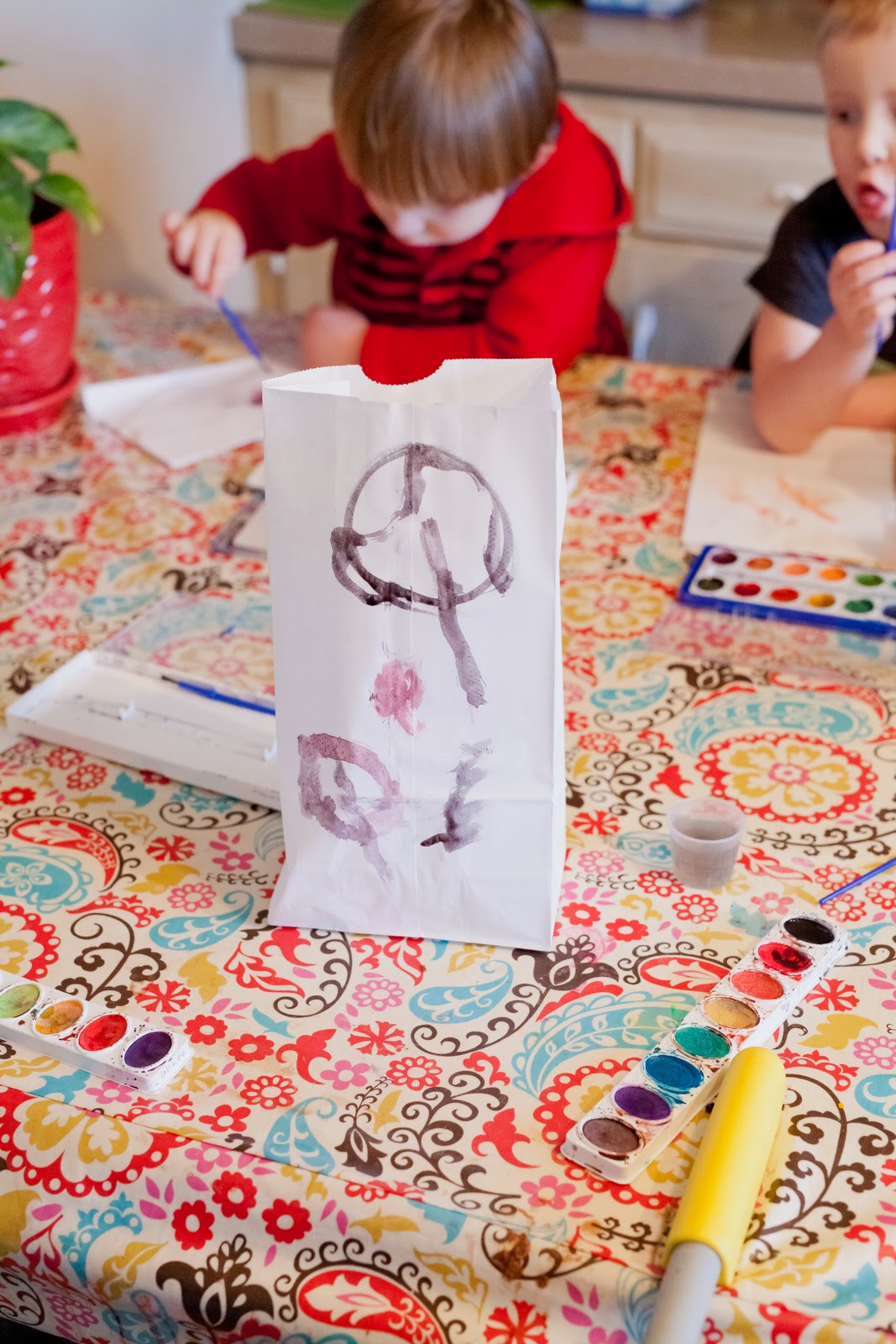 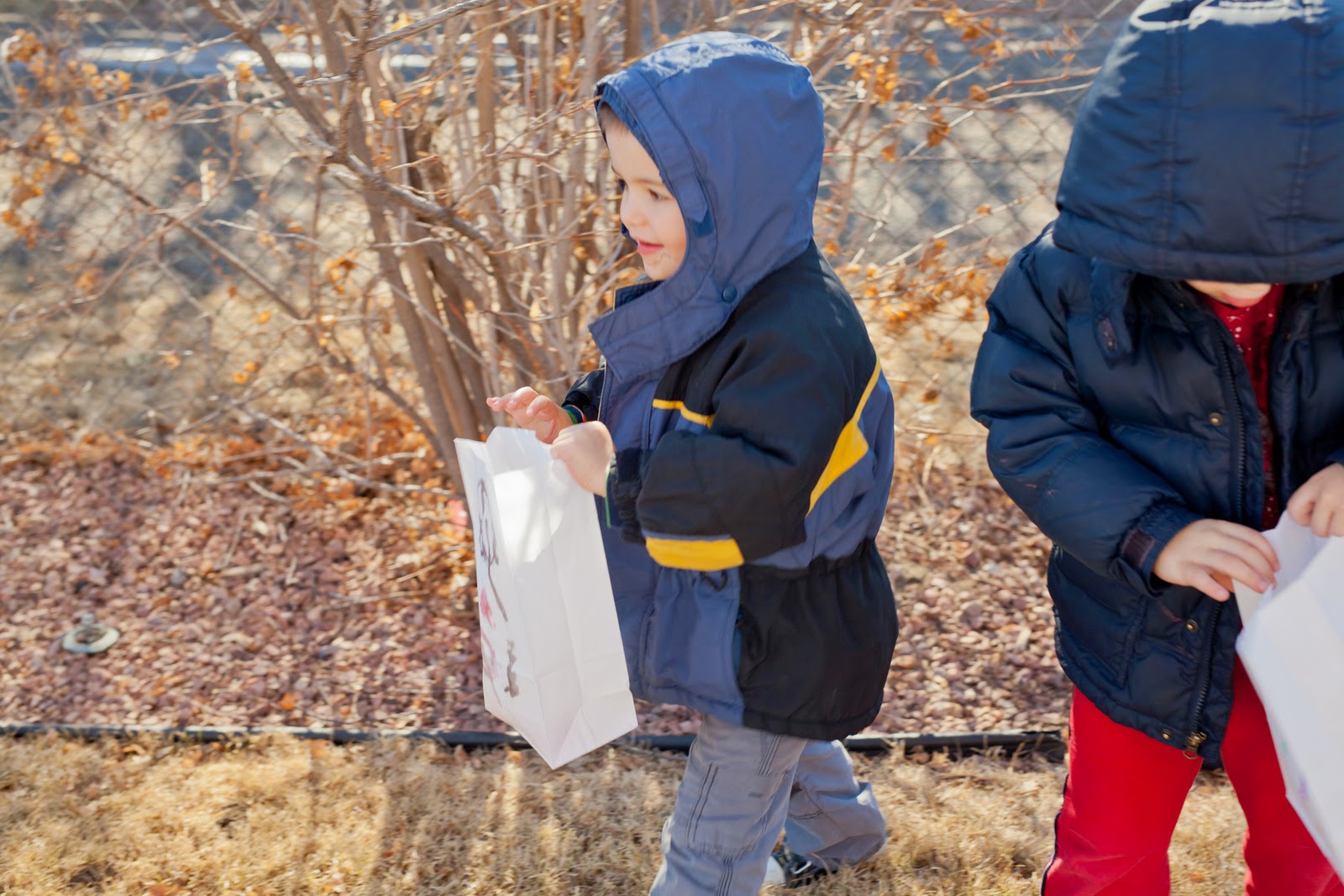 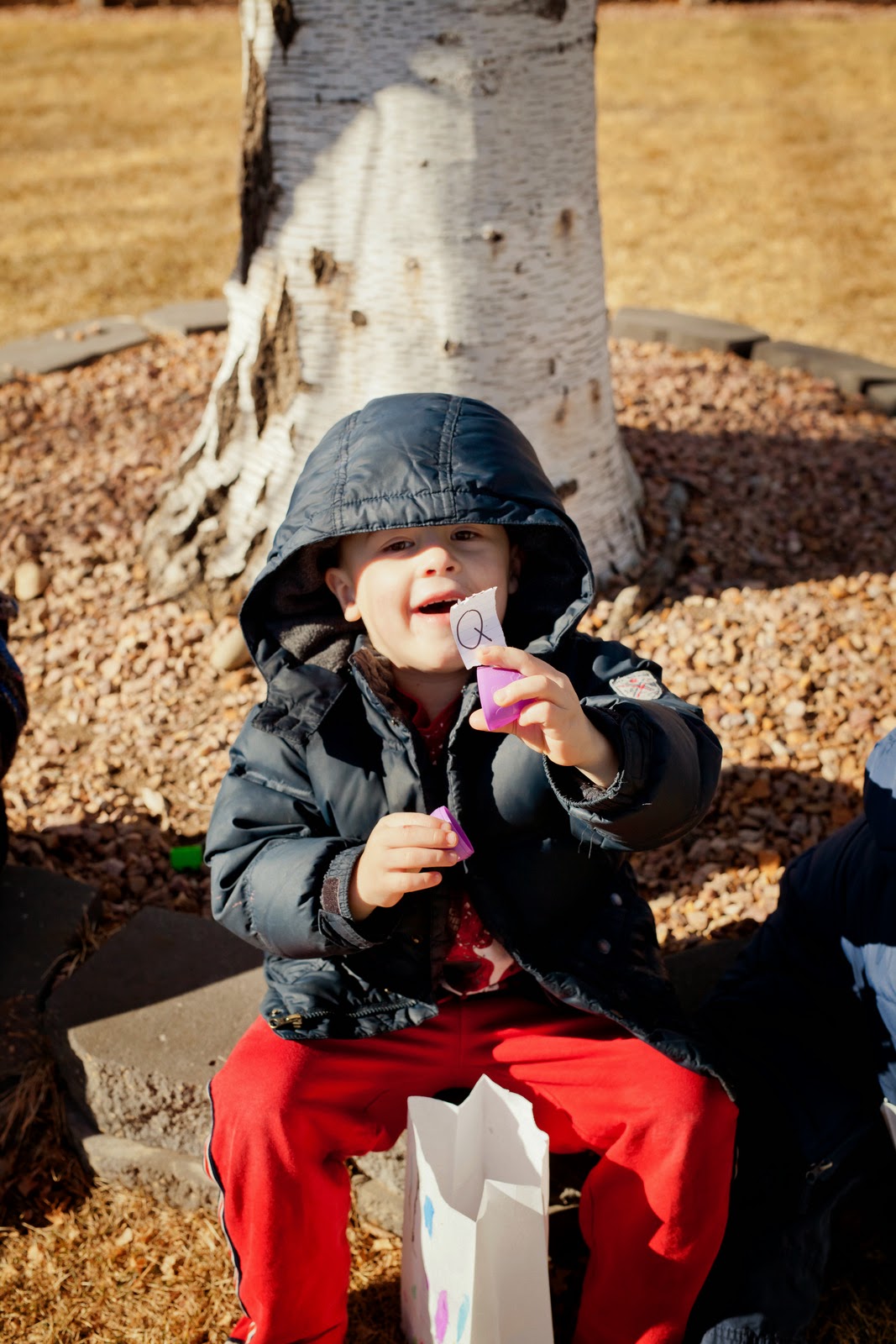 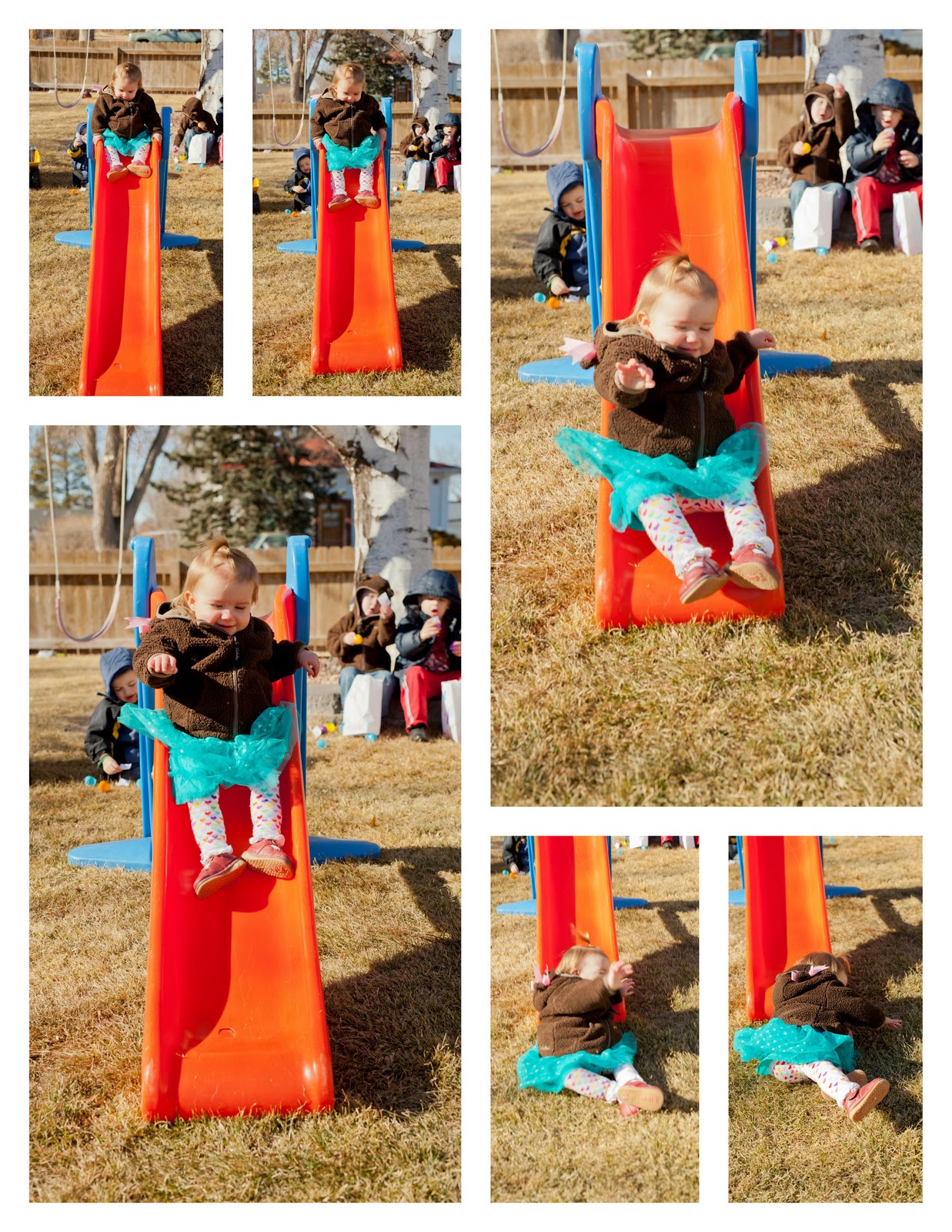 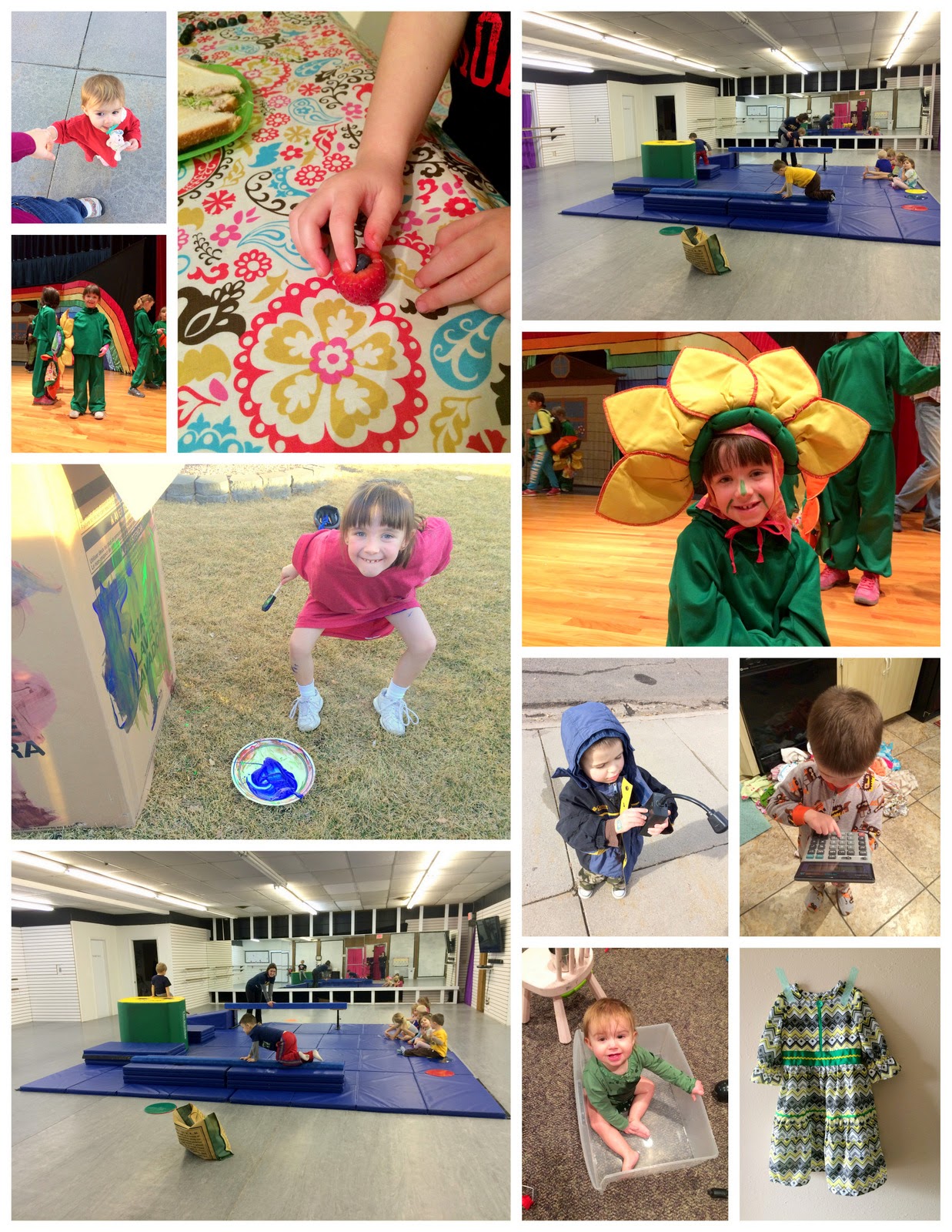 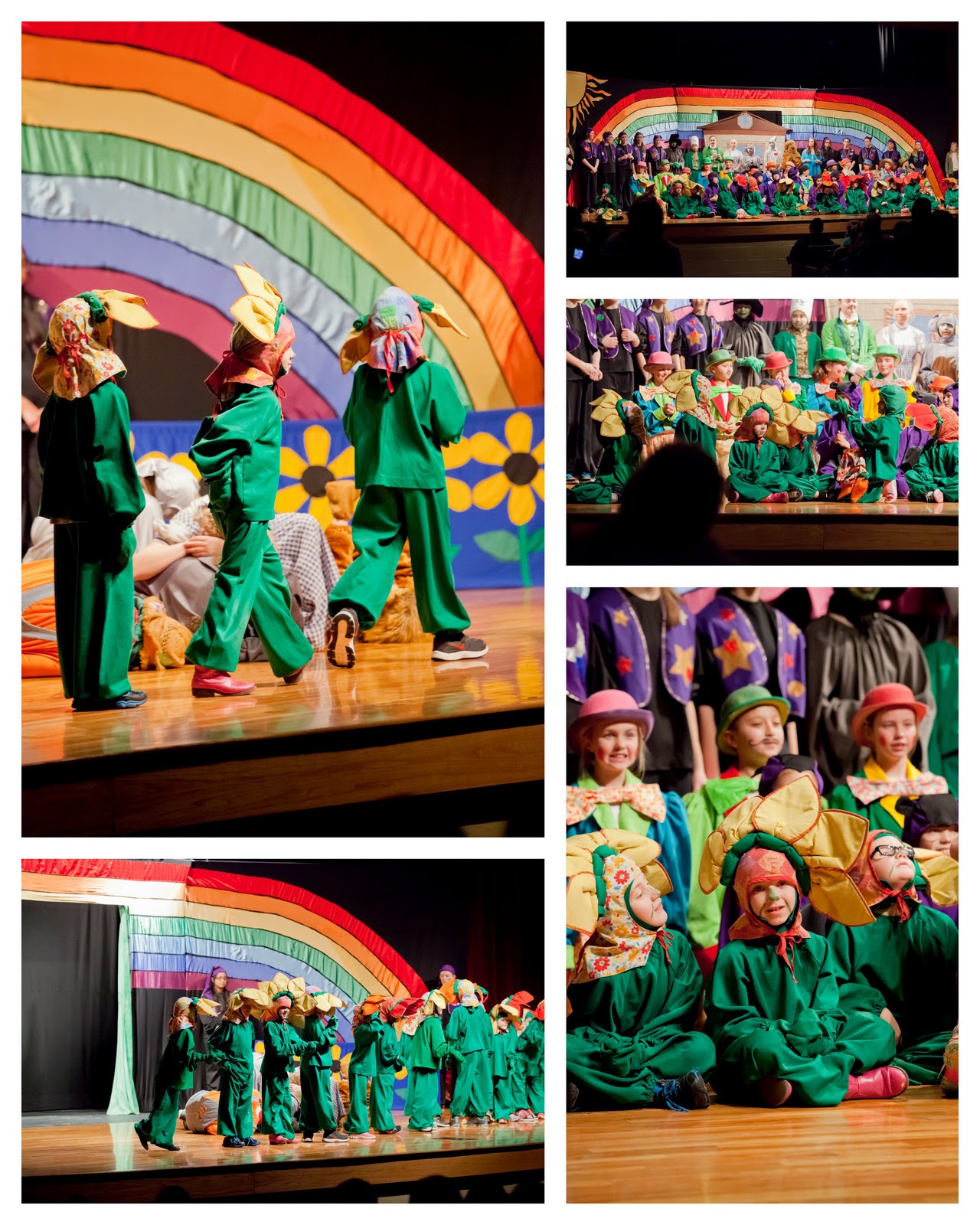 Our week was unexpectedly busy and exciting. Amelia tried out in a group audition Monday right after school. Over 170 kids auditioned for 56 parts in a large group audition. We dropped off Amelia and then came back to watch the audition for a little while. Monday was logistically stressful! I had two photo shoots, the missionaries coming over for dinner, getting the kids from school, a napping baby, and attending the audition. It worked out in the end with some juggling and running here and there. Rose volunteered to bring Amelia home. She came home in a flurry of excitement! She earned a part in the play as a Fierce and Ferocious Flower! During the short time I was at the rehearsal I could hear her singing Row, Row, your Boat from down in the audience. She had practices Wednesday and Thursday from 3:30-6 those evenings. Friday the kids performed twice for the local schools. Saturday was a public performance in the evening. Of course she came down with a nasty cough/cold and fever on Thursday. She really wanted to perform so I started her on antibiotics and sent her dosed up on pain killers and cough syrup. Saturday she was so tired she moped around and napped half the day. Still, she insisted on attending the performance. We loved the play. The boys were enthralled with the new experience. They mostly sat still for the 70 minute performance. I am amazed at what the kids pulled together in 3 days of practice!

I have a funny story about Sunday evening. I finally started work on an Apache Camp Dress my friend Nora asked me to make for her granddaughter. I was busy working in my craft room. Soon Amelia reported that Evelyn was swimming in the basement. Phillip filled a plastic drawer with a  couple inches of water. Evelyn was inside the drawer happy as a lark. Every couple seconds she would flop over and sip up some water. The kids wanted to join in the play so Amelia filled up the tub with water to soak their feet. As most mothers know kids can't just get one body part wet. The kids were all in the tub playing snugly baby bears. I heard strains like, "Everett snuggle Phillip's cold back" or "baby Amelia needs a foot massage." After the kid's skin was old and wrinkly we went upstairs. Everett found his huge calculator and punched in a number telling me he wanted a million fruit snacks. He is already adding numbers in his head...by himself.

We had the Elders and the George family over for dinner on Monday. I made gyros! Yum. The taztziki sauce was really garlicky. I followed the recipe but my garlic crown was super pungent. Darn it. Right after the Elder's left I photographed little Tatyana George. She was all smiles for me! Monday night I also realized that I had prepared my week of joy school for the incorrect letter. I prepared for the letter H but actually had Q. Grrrr. I had enough material prepared to make it work for Tuesday. Thursday's preschool was a little bit of a stretch! Justin nabbed two large appliance boxes for me. My plan was to tape the boxes together and make a "H"ouse, then let the kids decorate the box and play for part of the time. We had time to make the boxes into a two room house. They loved playing in the boxes! We had enjoyed lunch with Justin then time at the park after preschool. Evelyn went on the slides about a million times. She is nuts over slides! After school the temperatures were in the 70s. I sent the kids outside armed with paint and brushes to decorate the boxes. It was a lovely afternoon spent outside. Everett and I went on several more walks this week. Tuesday night the kids used their food to play through dinner. I stuffed raspberries with blueberries. When the raspberries ran out I hollowed out strawberries for their blueberries. Soon the kids were playing pirates using the strawberries and blueberries as cannon and fodder.

Thursday joy school was pretty fun even with the sparse ideas with the letter Q. A quail ended up laying special eggs all over the side yard. We had a fun quail egg hunt with old Easter eggs. The eggs had upper case Q, lower case q, and diamond shapes. Evelyn honed her sliding skills the entire time we were outside. She has the cutest "wheeeeee" sound she makes. Even cuter than that is her scary bear growl.

Most of my evenings and quiet time Tuesday-Thursday were spent editing the mini-session photos. Friday I finished sewing the Apache dress. It is pretty cute considering my lack of pattern and such. Nora is bringing over Catalina on Monday for a couple photos. I am pretty excited!!

Friday evening Justin asked if I wanted to go see "Into the Woods" by myself since Amelia was sick and no sitter available. I must have gotten a gleam in my eye because he laughed and sent me on my way! The movie was like sitting in front of an amazing Broadway play, music and all. I guess most of the other movie goers were not aware the movie was a musical, over half left before the movie was half over. I nearly had the theater to myself. What does a girl do in an empty theater with music? You guessed it! Sing my little heart out along with the actors. Justin reported that bedtime was pretty easy! Amelia went to bed at 8. Justin asked who else wanted to go to bed. Everett volunteered with an enthusiastic "I Do! I want to go to bed!" Phillip watched a short show while Justin put Evelyn down. Then the two boys hung out until Phillip was tired. I came home to a blessedly dark and quiet house. Justin and I enjoyed laughing over the evening.

Friday I finally removed the Christmas lights from the pine trees. Everett really wanted to play with the light timer, so I let him. Soon he was morphing invisible soccer balls, basketballs, footballs, and silly balls out of the timer. He enlisted my help to kick the balls into outer space. I am sure more than a few folks thought we were crazy pantomiming sports feats and victory as they drove by our home. I am proud to report that I am really awesome at winning soccer games. My swimming skills need some work. Everett kept winning, mostly because he changed the finish line to accommodate himself as the winner. Evelyn thought all this running and kicking stuff was great fun. She was a hoot to watch toddling around shrieking and giggling.