The Week Before Christmas 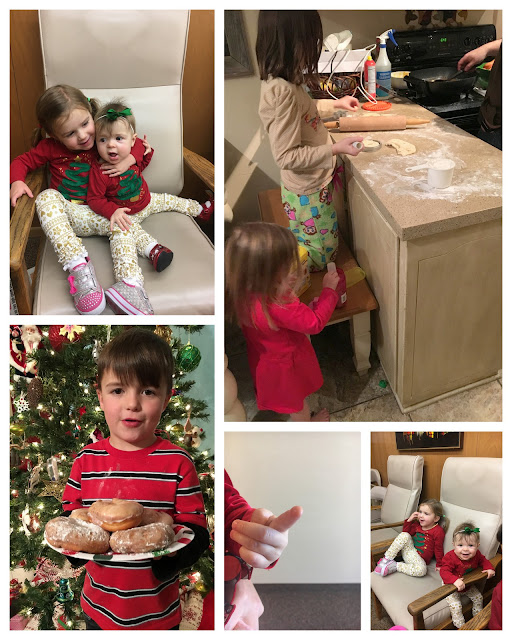 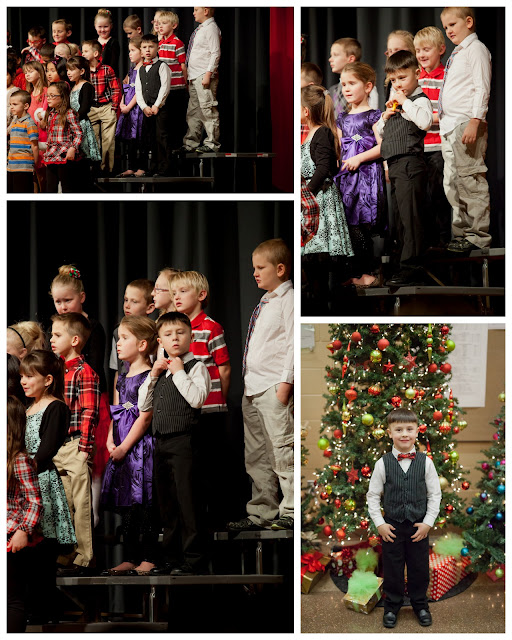 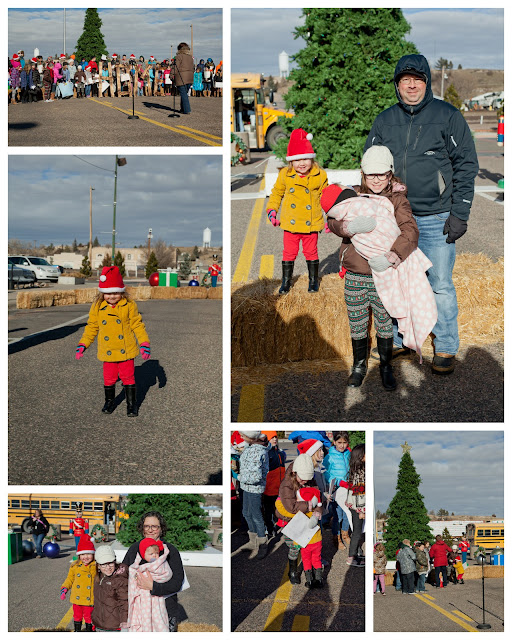 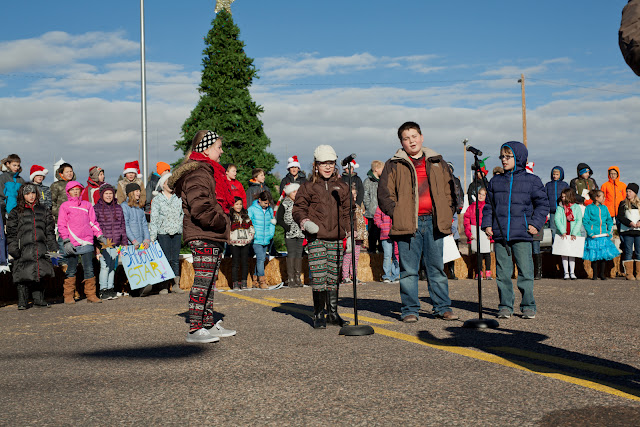 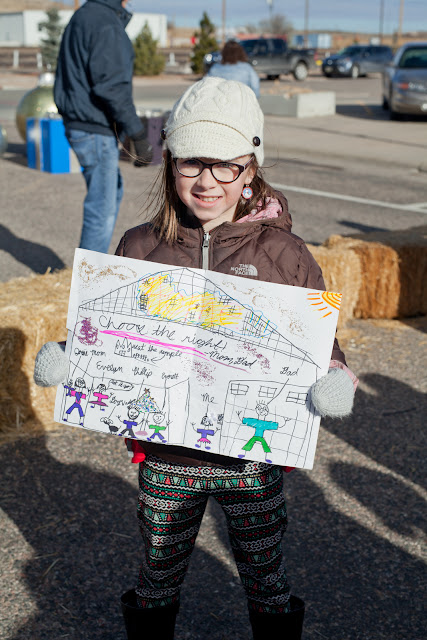 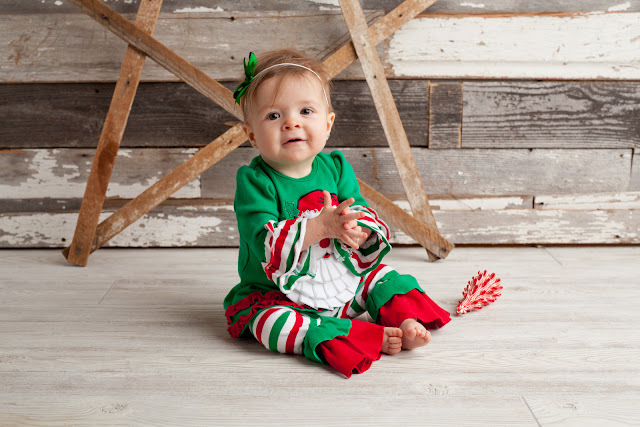 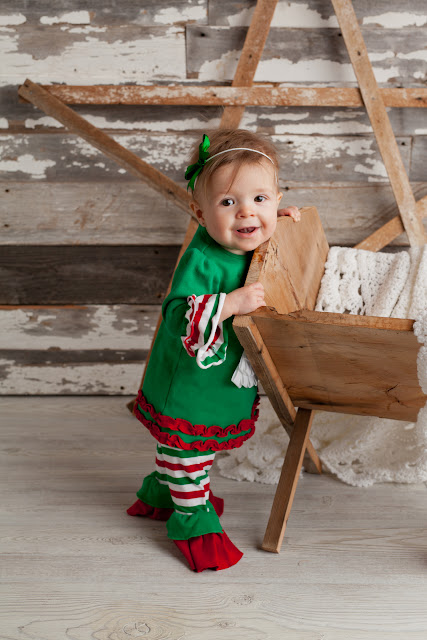 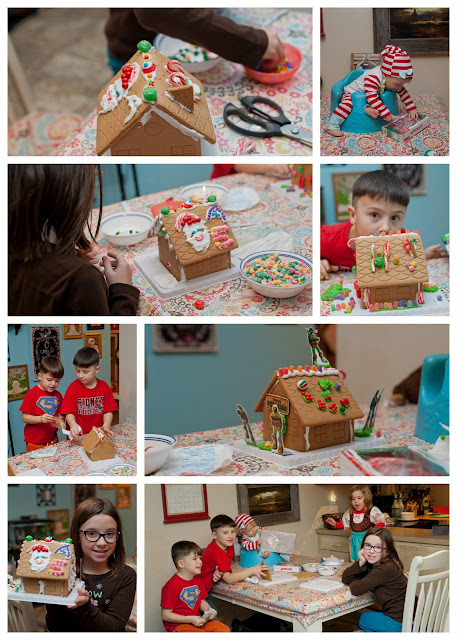 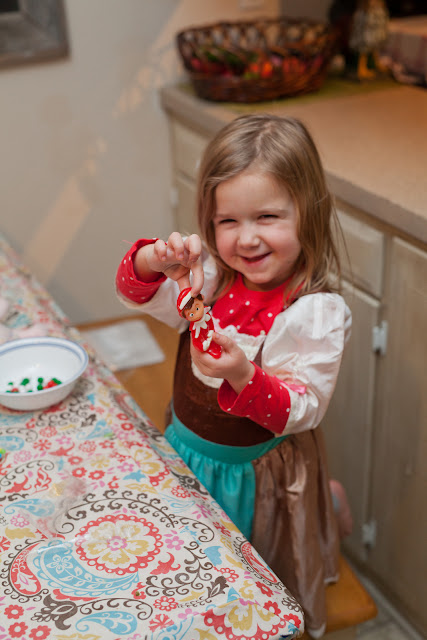 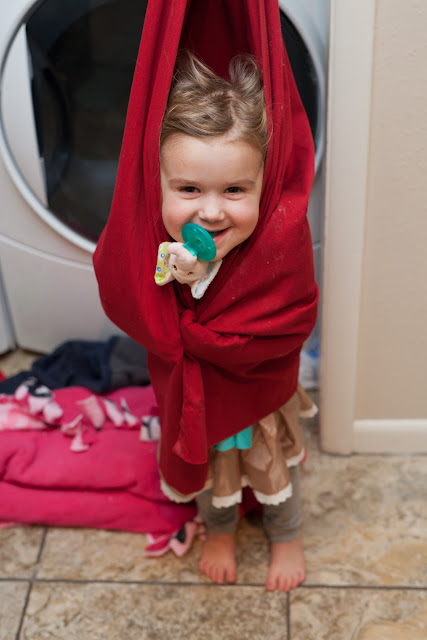 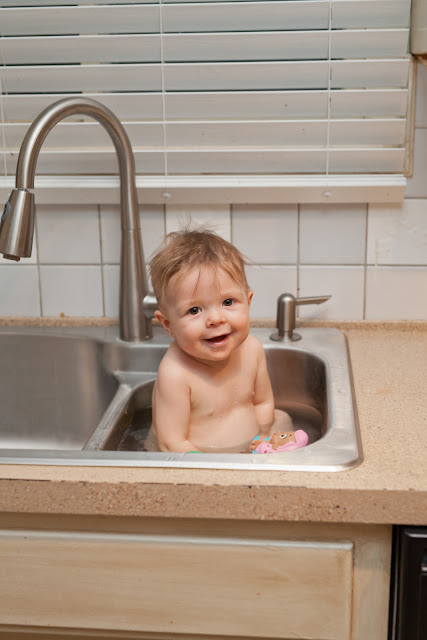 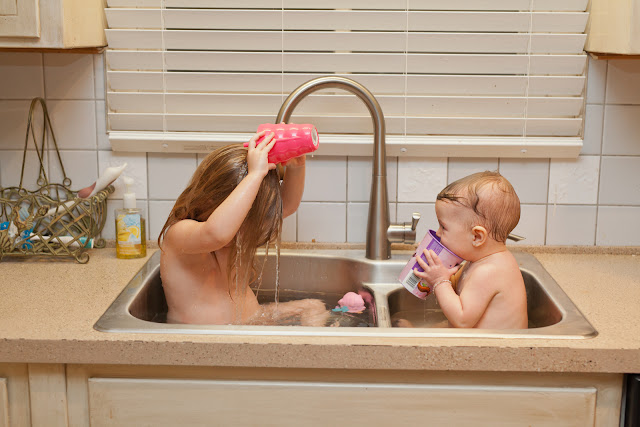 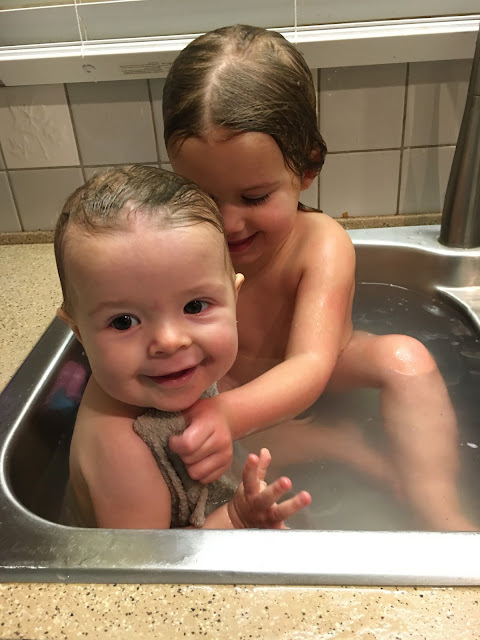 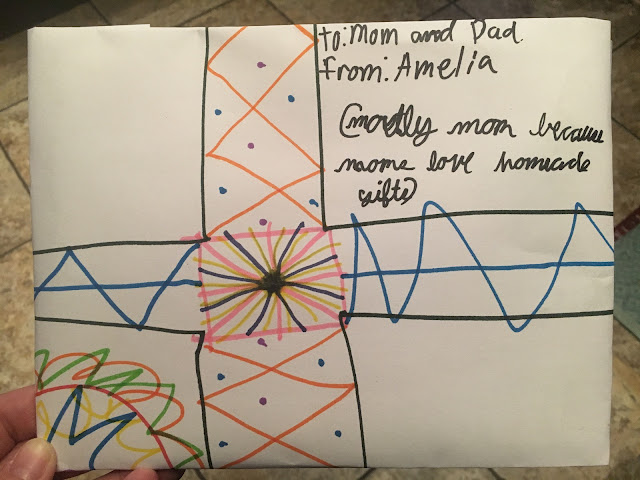 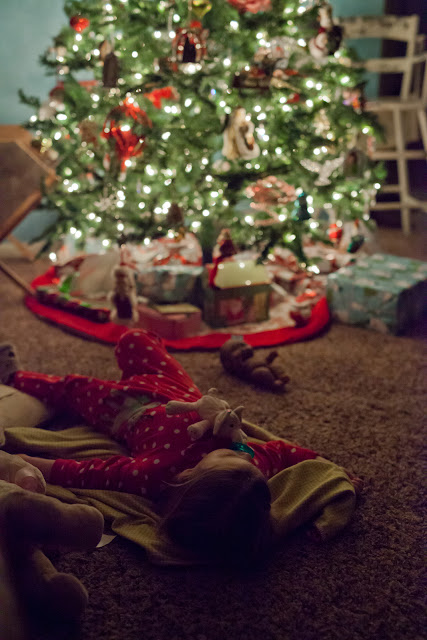 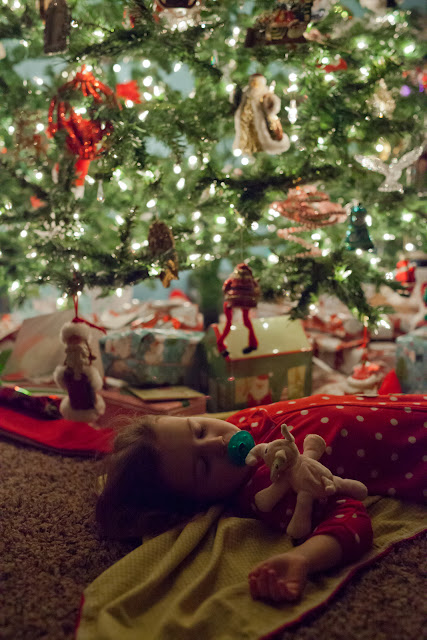 I love, love, love all the little activities that we have the week before Christmas. It is always so nostalgic on one hand and exciting to make new memories on the other hand. We resumed our donut making tradition this year. Last year I was way to pregnant and sick to even contemplate such a feat. I tried out a new recipe that was stellar, a copycat Krispy Kreme recipe. I had the dough ready, formed, and rising before dinner was over. We quickly set to frying up the treats, coating with frosting or powered sugar, and plating the donuts. Justin manned the fryer while I managed the rest. Amelia and Evelyn worked on cutting out a new batch of donuts. The boys and I frosted and plated the donuts. It was all quite crazy and busy. We ended up with 10 plates of warm donuts to deliver. Outside was very cold due to residual snow still on the ground. Justin got good use out of his yeller trying to get the kids to not throw snowballs and slide around. I was ambivalent since it looked pretty fun. We made quite the motley crew as we loudly invaded lawns and doorways of our neighbors. Everett melted down because he did not get a turn ringing a doorbell. Phillip slipped and tripped, ended up crying. Evelyn was crying because she wanted a rogue juice box she noticed on the garage floor. Josie contentedly sat in the stroller soaking up the shenanigans, patiently waiting for her moment to shine. Amelia is in a stage of constantly poking and pushing her brothers to distraction. We made it around the block in one piece, only one plate of donuts got smashed by the stroller wheels. Our strange neighbor across the way answered his door wearing black spandex pants and nothing else. I wanted to gouge out my eyes...I am glad he DID have the pants on. We piled into the van to invade Jen's shop and deliver a plate to one of Justin's home-teaching families. All in all, it was a great night. A splendid mass of chaotic learning, learning a new way to serve those around us.

Tuesday after school Phillip came home quite intent on getting his hair trimmed at the Barbershop, so his hairs would look handsome for his concert. Cal's is walk-in only, so we walked in to find 4 other folks before us. We barely made it to the concert in time, waited for over 70 minutes. By the time I realized we would be late I was not giving up our slot, I paid my dues. Justin swooped in and saved the day, he rescued Evelyn from the torturous wait, went home made grilled cheese sandwiches for everyone, and got Phillip dressed up in his duds. My favorite moment of his concert was when he very carefully adjusted his bow tie. He adjusted each side, looked down his face to make sure it was nice and straight. Then he grabbed his crotch in classic "I gotta pee" now pose. During the last song the kids got to play kazoos. Phillip was almost the last kid to get one, he was quite distraught, thinking he would not get one. When he finally got one, the precious kazoo went into his pocket, he promptly tooted it while the instrument was in his pocket. Phillip is a true shining Penny.

Next day at noon the 4th grade delivered their Christmas songs. It was quite windy which made the wind chill almost unbearable. My eyes were running making my mascara stream down my cheeks. I sat on the ground hoping the folks around me would act as wind breakers. Justin arrived later so we did not meet up until after. This year the sound system was MUCH better. We could all hear the kids clearly! Amelia and 3 other kids were selected to sing solos for a Owl City's "Shooting Star." She sounded so amazing! We are blessed to have that stellar kid in our family. Before the show Evelyn saw Amelia in the line up, she broke free and run up to her for a big hug. Amelia gave her a huge embrace after the concert. I adore when our kids are giving with affection to their siblings. The kids left by classes to carol at local businesses in the area. Justin, Evelyn, Josie, and I warmed up our frozen selves with hot chicken soup and gyro salad at Della's Cafe.

Christmas Break started early with Phillip waking up at 6 am asking to use the iPad. No....he can't get up on school days, but wakes up at the butt crack of dawn on days off for technology. Crimney sakes. Thursday we worked on cleaning up the basement, wrapping gifts for Justin, and playing a rousing game of Minecraft Legos. We decorated gingerbread houses after dinner. The boys worked together to decorate a Ninja Turtle themed house with green frosting. Amelia mostly got to decorate her own house. Once Evelyn ate the Elf on a Shelf gummy figure and ate her fill of candy she was done. The little girls enjoyed a nice sink bath while the older kids decorated. Those two are so silly!

Friday we made a special trip to Sterling since Justin took the day off. We had lunch at Santiago's. Everett was a bit carsick because he wore his coat the entire drive and got overheated. He barfed an impressive 4 times before the chips were consumed. Still, he ate a full meal like nothing happened. We stopped at Walmart so Phillip and I could see if they carried slippers in his size. No luck. The wait was more to see if Everett would really keep down his meal. He was all good. We spent the next couple of hours happily swimming in tepid pool water. Evelyn is now submerging her entire face in the water and swimming around like a mermaid. While I nursed Josie the kids and Justin played with some cool toys in the rec center part of the building. Evelyn was so exhausted she fell asleep right under the glow of the Christmas tree. I loved the magic of the moment.

**funny story about Everett. He found a quarter and proudly showed us, saying, "Mom! I'm rich a bitch!" I made him repeat his phrase to make sure I heard correctly. Yep, he said it. We talked about how even though the phrase perfectly rhymed the second rhyming word was a naughty word. Words you never except to come out of your kid's mouth.