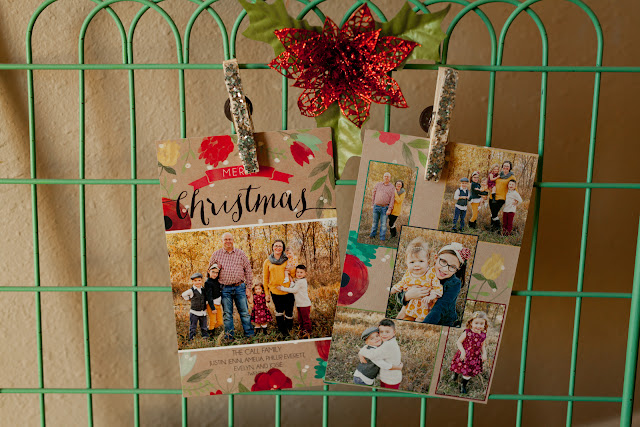 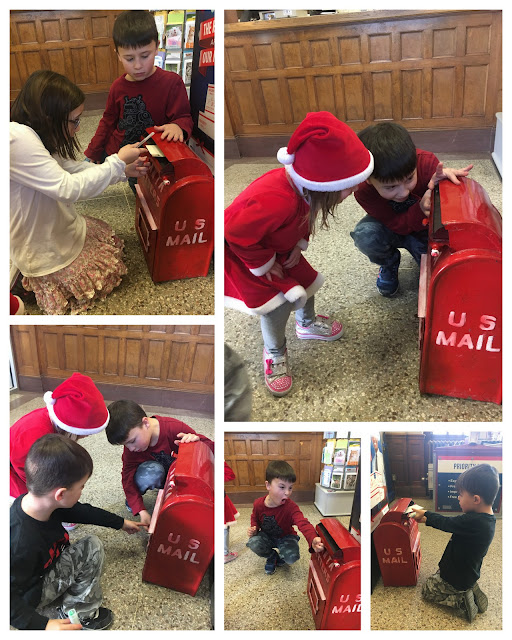 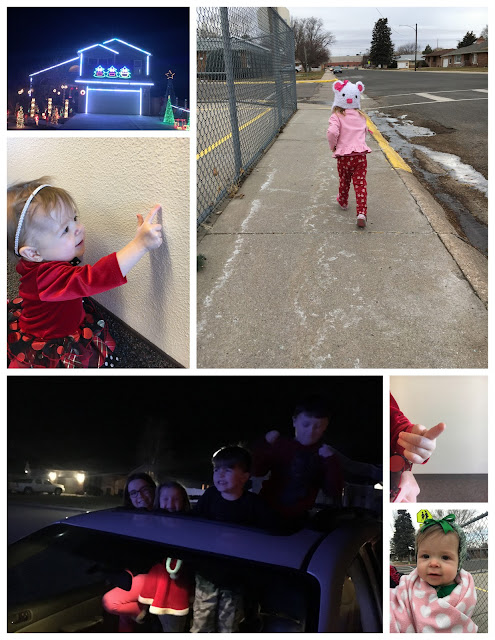 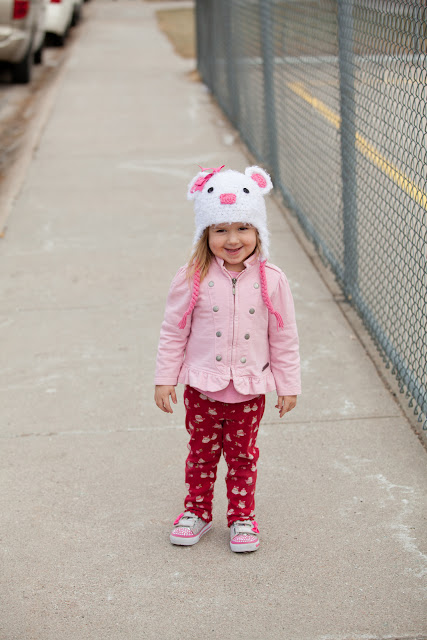 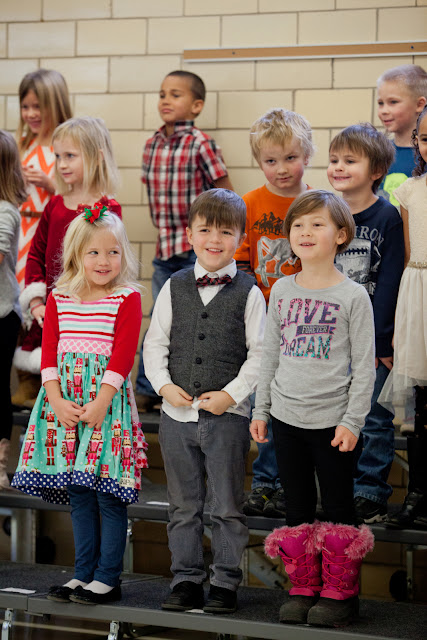 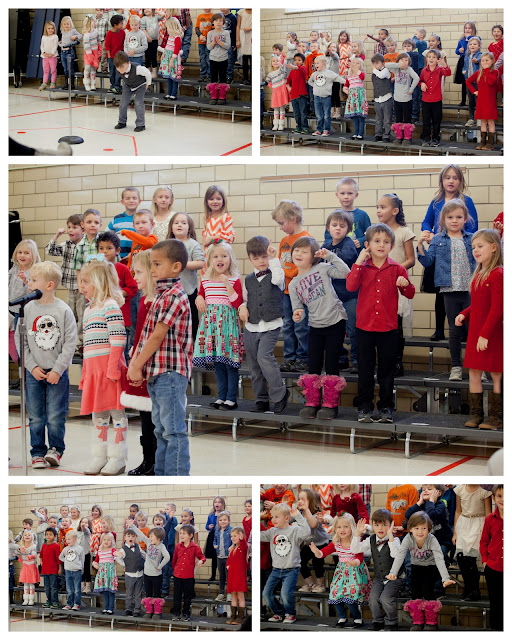 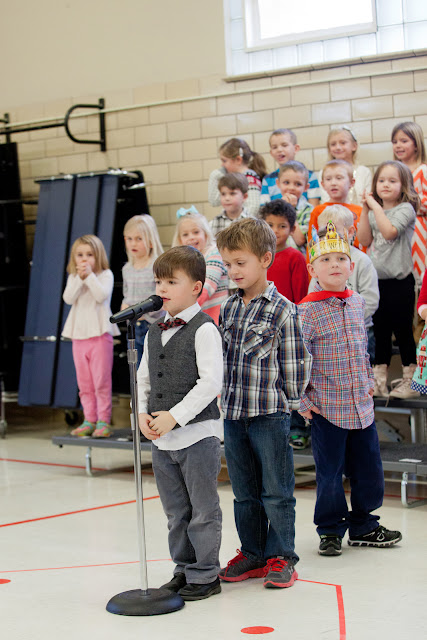 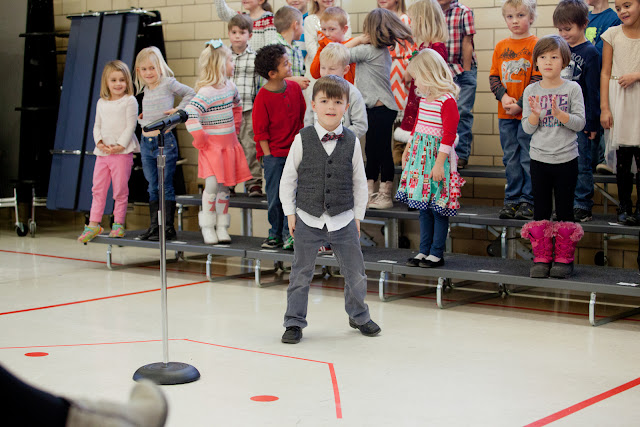 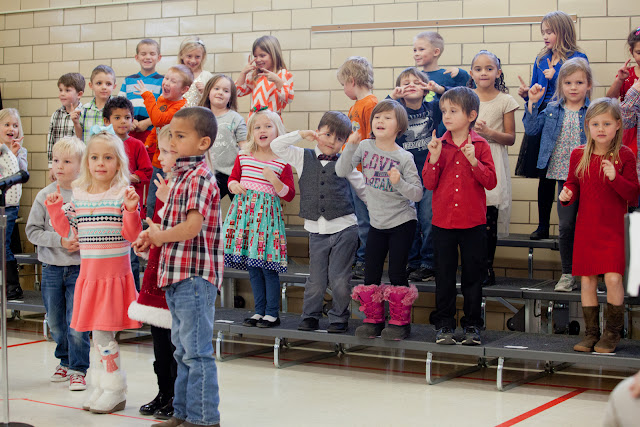 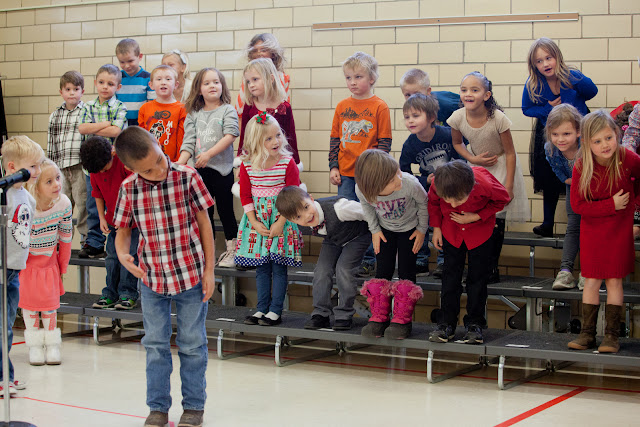 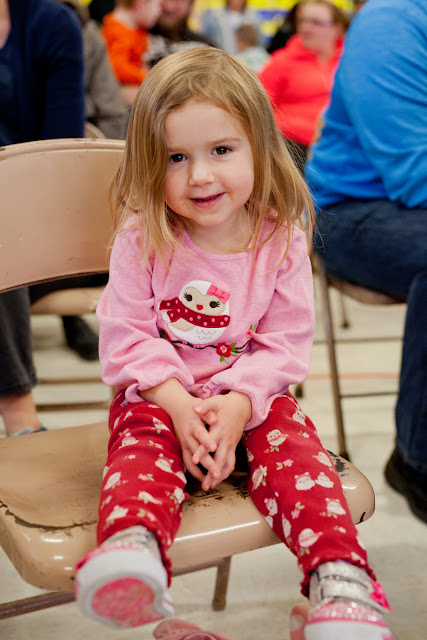 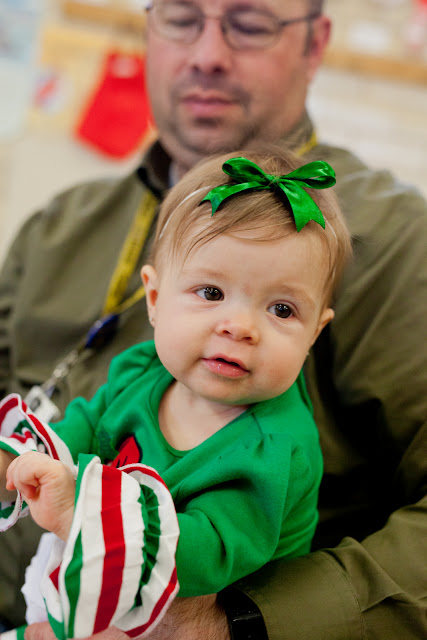 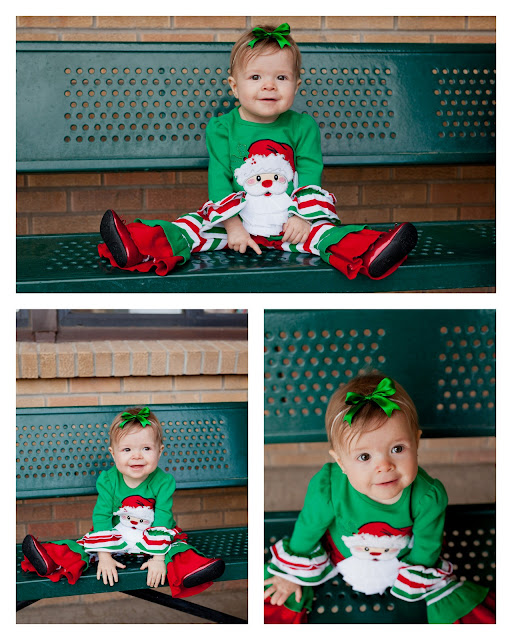 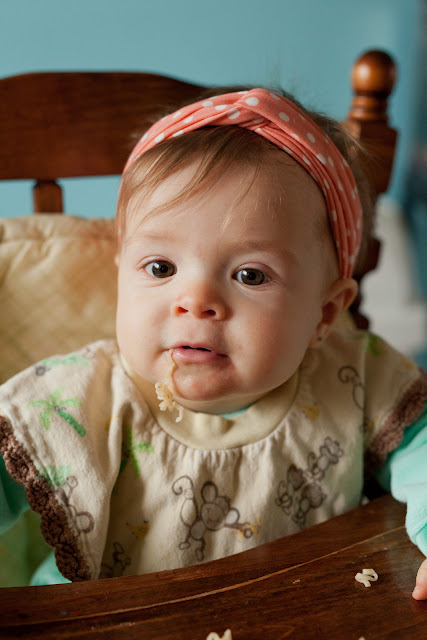 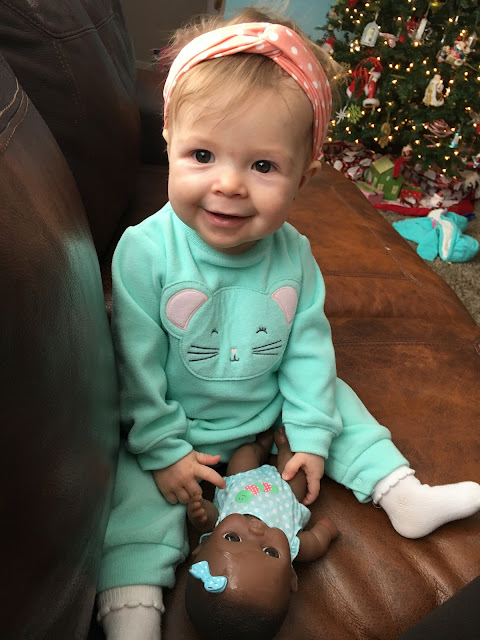 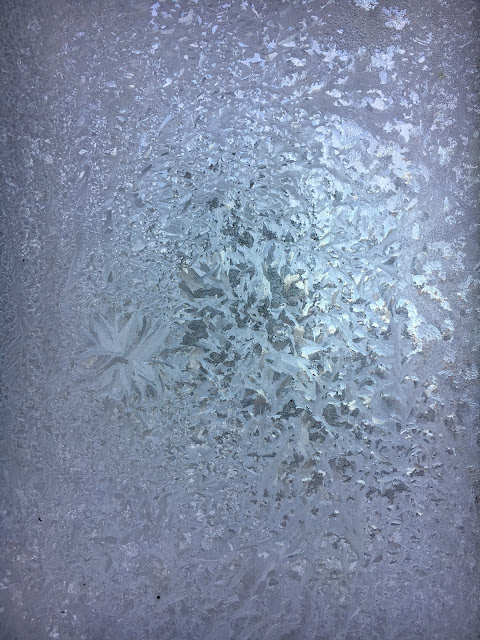 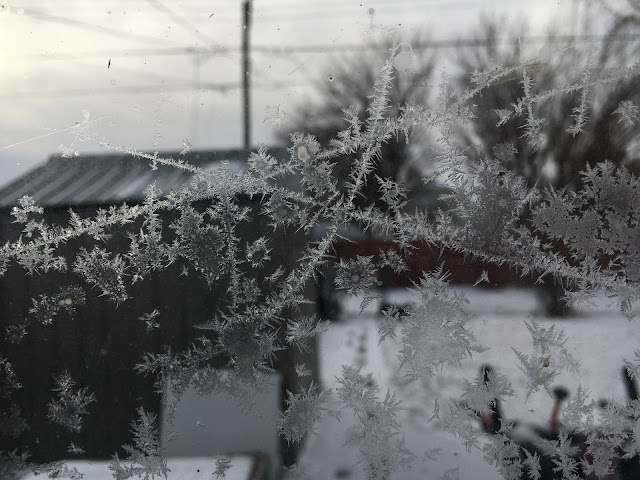 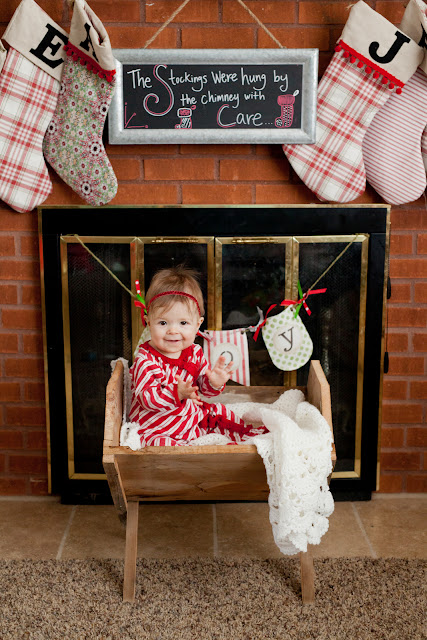 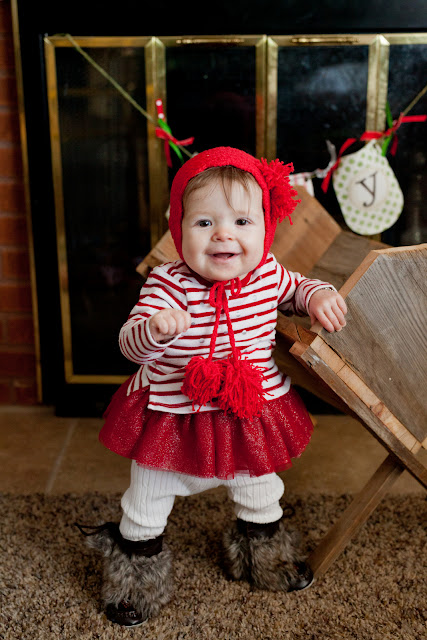 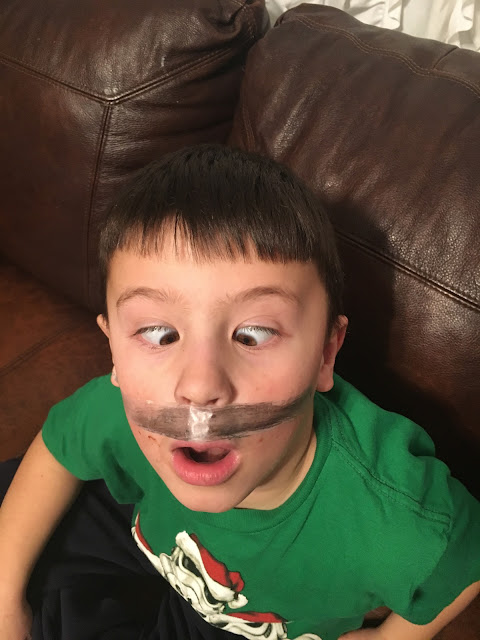 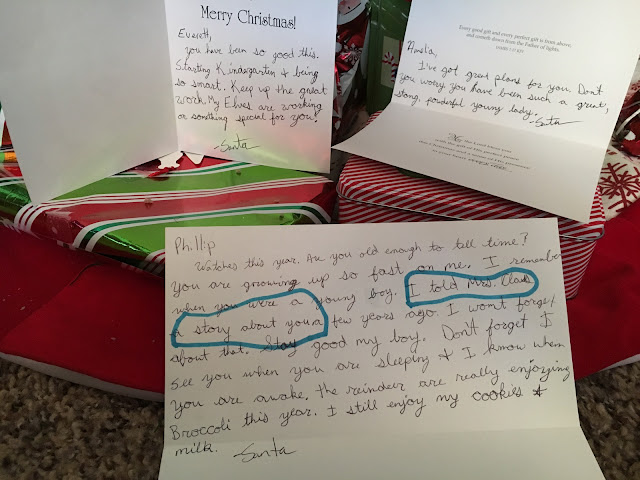 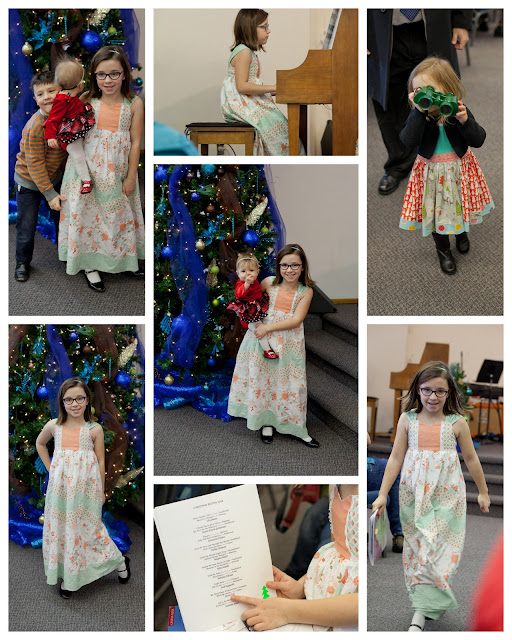 I spent a long hour at the post office this week getting packages ready to mail, organizing envelopes for Christmas Cards, and checking addresses. Evelyn was a good sport! She entertained the other patrons with renditions of Jingle Bells and Sunbeam. It felt great to finally get all my packages and cards mailed. We went back to the PO later that day so the kids could mail their Santa letters. Amelia and Everett had written their letters several weeks ago. Phillip procrastinated, he dictated his letter while Amelia wrote on the drive to the Post Office. The kids were so very excited to mail their letters in the special red mailbox devoted for Santa letters. We mailed them then left for our Monday afternoon craziness. Amelia had piano then ballet. Just down the street from her piano teacher is a house with coordinated Christmas lights and its own radio station. I opened up the van sunroof and let the kids hang out in the freezing air while rocking out to music. Amelia and Evelyn came home for ballet this week with their own boxes of fruity candy canes! Evelyn now totally LOVES ballet. She talks about it all week, the candy is pretty exciting, the skipping and friends takes a close second. For FHE we drove around town to check out Christmas lights. Sounds nice and relaxing, instead imagine the van close to exploding with music, yelling, crying, and fighting, it's closer to the truth. We treated the kids with shakes from Sonic. The wait was terrible. All the kids yelling and getting mad over what s/he wanted. I thoroughly enjoyed my pecan pie shake. Sometimes I wish the van had a sound barrier. Let the kids fend for themselves while the adults peacefully listen to Christmas music. The thought is rather amusing to me!

I worked on wrapping presents this year before Christmas Eve! I wrapped up the last gift Thursday moments before leaving to get Everett. Evelyn was totally unaware as I wrapped up her gifts. I felt giddy over my sneakiness! A couple years ago I made coordinating stockings for everyone, thinking our family was complete. With Josie's arrival this year I faced the situation of needed more fabric for her stocking. Luckily, I purchased the fabric at a quilt shop in town. The shop was closed for over 10 days. I despaired the shop was permanently closed. It opened one afternoon for a couple hours. I zipped in and was relieved she had the same fabric in stock, just 3/4 of a yard left. I snatched up the yardage and thanked my lucky stars. A day later Josie had a new stocking of her own, or as Everett calls it a socking.

Everett had his Christmas concert Wednesday during school. We had a nice little skiff of snow dust the ground overnight. Evelyn was quite excited to don boots, snow pants, coat, gloves, and hat. She played out in the freezing cold by herself for a good 40 minutes. I saw her plop down on the sidewalk every couple feet to make a snow angel. She made snowballs and threw them at trees, the fence, and the screen door. Josie was almost hysterically laughing each time Evelyn smashed snow on the glass door. I love that the girls are starting to interact. I bundled up the girls to attend Everett's concert. He insisted on wearing a vest, white shirt and bow tie to school. He is such a little ham! We giggled over his lack of rhythm while dancing and clapping. He delivered his line perfectly into the microphone...then bowed! We got to take him home after the concert for the day.

An Arctic front parked itself over our area Friday-Saturday. The low reached -13, with wind chill and humidity the "feels like" temp was -31. Nothing compares to temperatures so cold your nose hairs instantly freeze. We mostly stayed inside this weekend. We ventured out to Walmart and Cabela's just because we were stir crazy. The missionaries came over for a carnitas dinner on Friday night. I made the most delicious soft gingerbread cookies ever. Yum. Amelia forgot her friend's birthday party on Friday. We both remembered around 8:30 pm. The party was still going until 10 pm, I ran her over to Avery's home for a pumpkin facial, treats, and a movie with her friends. Saturday she and I delivered special friend gifts to Katelyn (kay-kay) and Rachel (ray-ray)...Amelia is (mi-mi). Amelia, Phillip, and Everett received handwritten responses from Santa this year. I was personally a bit shocked since the letters the kids mailed had no address. The letters were pretty special! I am grateful Santa went out of his way to respond so lovingly to their letters. Phillip immediately circled his favorite sentence and hung it on the front door for all to see.

We enjoyed doing service this week, trying each day to remember to smile at someone new, sing a favorite song, read a book to a sibling, and tell someone what you love about him/her. I got to give the kids "heart attacks" on their doors. They came home from school to find hearts on their doors with reasons I love them written on the hearts. It was silly and so fun for me!

Josie is trying so hard to talk and express herself. She waves hi and bye, says "dis" while pointing, and has a running string of syllables coming out of her mouth. I read her a book this week with mirrored pages. She laughed and giggled over each page. It was the most adorable thing ever. She is such a joy.

Evelyn surprised us during family clean up on Friday. She flounced upstairs from the basement to show me her toes squished full of poop. Her feet and legs were spotted with poo. Nothing like poo for a post dinner surprise. She showed me her mess on the basement carpet. Not only had she dirtied the carpet but she stomped, twirled, and smeared around her pile. Her kitchen was also lightly decorated with poo. I busted out the carpet cleaner after Evelyn dry wiped up her disgusting mess. She was dry heaving while I made her clean up. Serves the little stinker-roni well.

Phillip and Amelia are going though a fighting stage. Phillip just acts like himself, sometimes getting in her way. She retaliates in a big way hitting him or somehow making him cry. He then hurts her back and the cycle comes full circle. Soon Phillip is so mad he takes it out on Everett, who hurts Evelyn, and so on. I feel like a broken record: you will have this sibling forever....figure out how to love him or her. I feel like bashing their little heads together, but know that won't get us anywhere except hurt feelings for all. Phillip exacerbates, Amelia fuels the fire, explosion. Everett is a little whining ball of anger lately. He melts and throws a fit when his way is not the main way. When I don't understand what he is trying to tell me he gets so frustrated he explodes. Goodness, we might need to have some Emotional Intelligence training around here.

We wrapped up the week watching Amelia play piano in Mrs Raymond's recital. She played "We Three Kings" and "Whirling Leaves." I am so proud of her! The kids and Justin left right after she played. Three hours of church and a piano recital were a bit much for the baby and toddler. Amelia sprawled on my lap and took a nice long nap...until the student who gave a rousing drum set performance. Amelia, Everett, and Evelyn helped me visit teach Sister Judy and Jenny Elliott this evening. Amelia fell in love with Judy's dog named Sassy. She cradled it on her lap our entire visit. Ironically, she was terrified of Jenny's Boston Terrier a little while later. Everett and Evelyn had the time of their lives throwing a stuffed fox and a ball for Miles, Amelia cowered behind my back. We shared our favorite Christmas traditions that help fortify our testimonies.