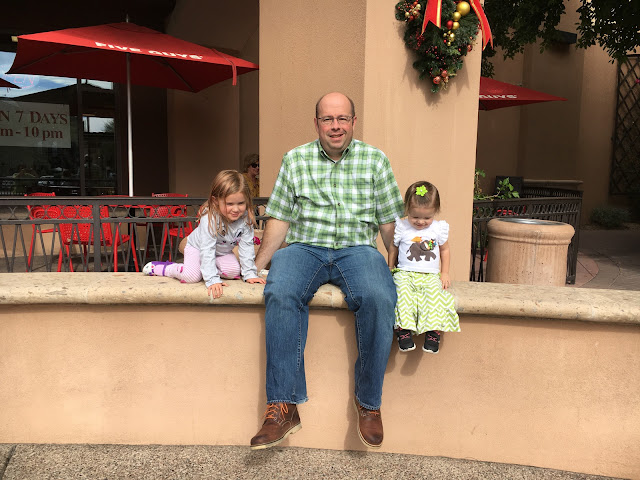 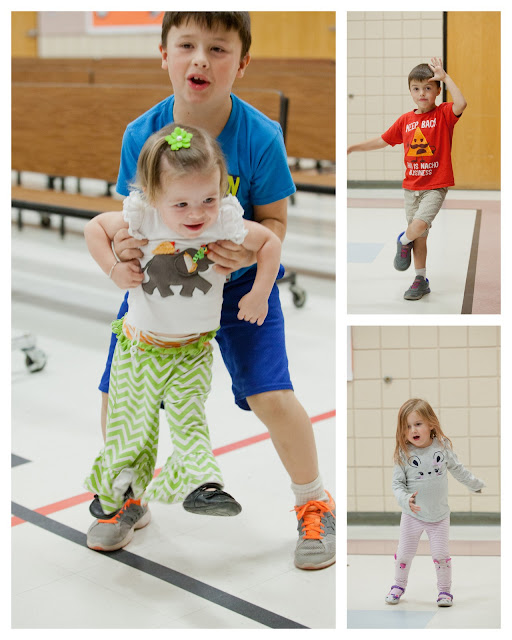 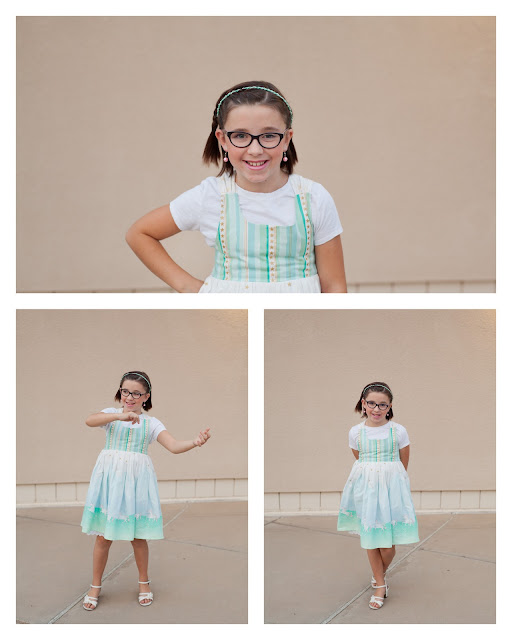 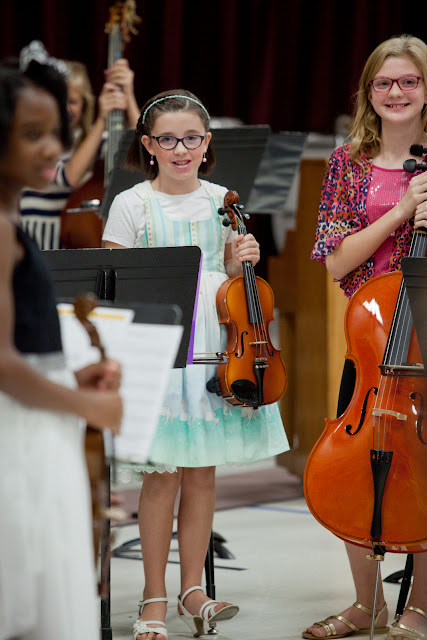 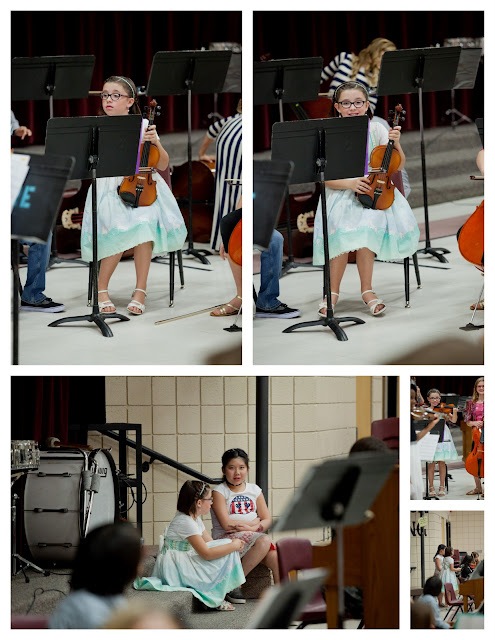 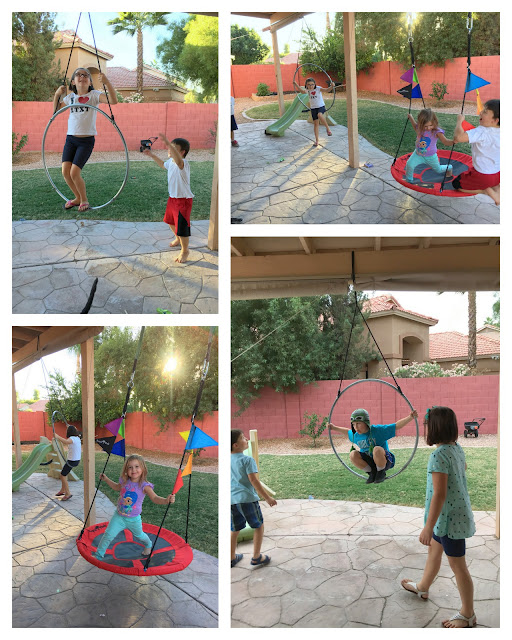 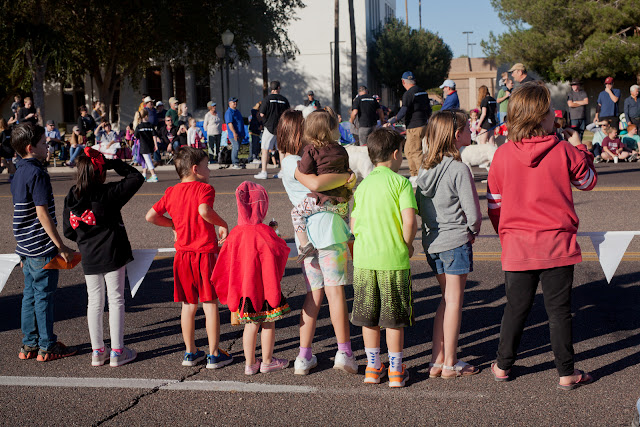 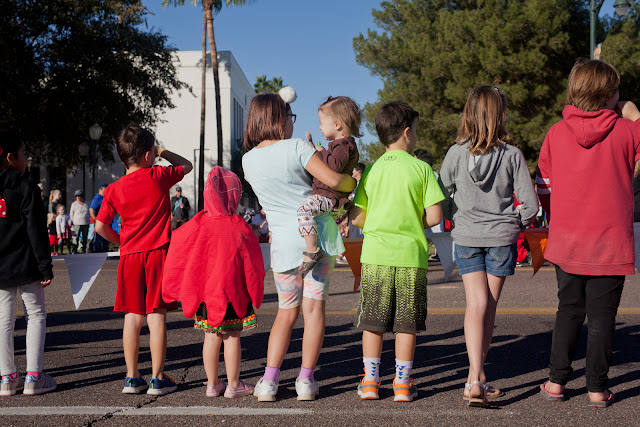 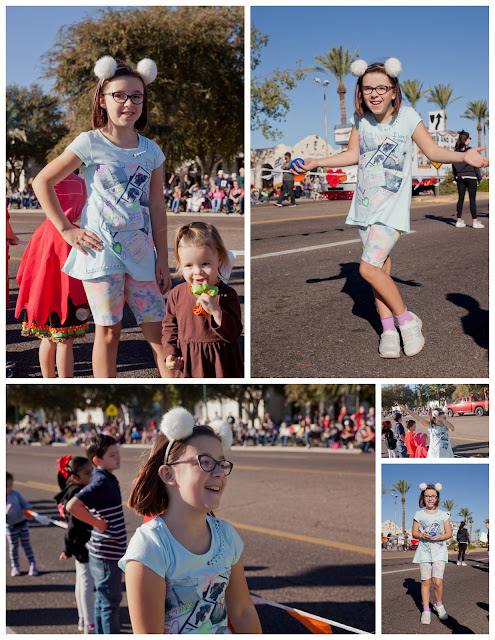 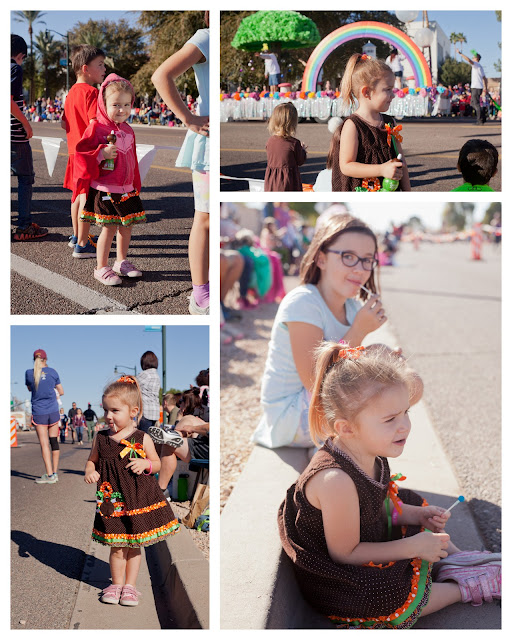 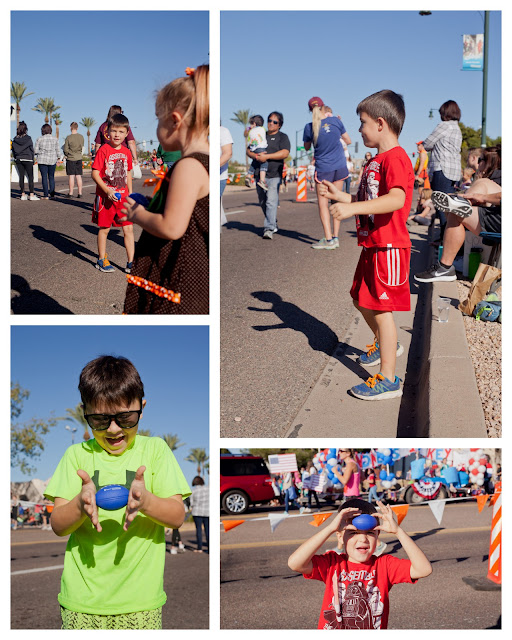 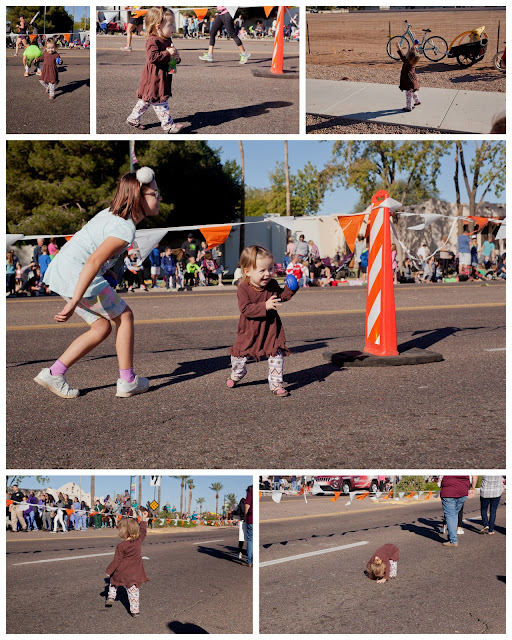 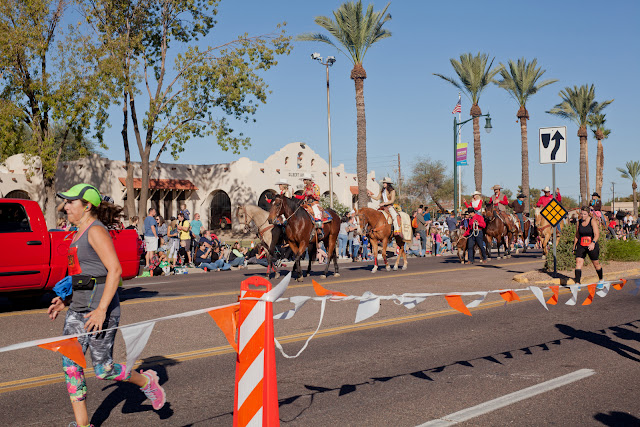 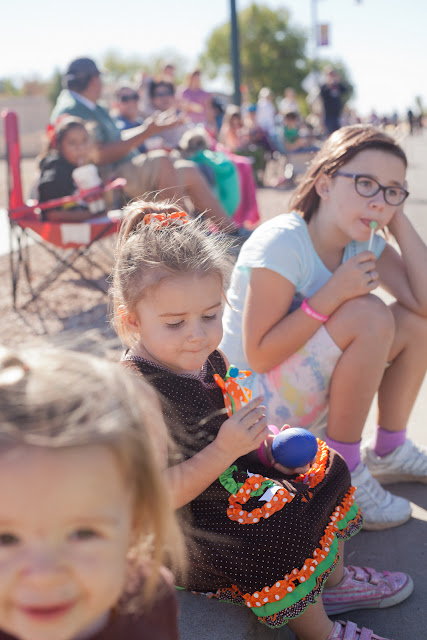 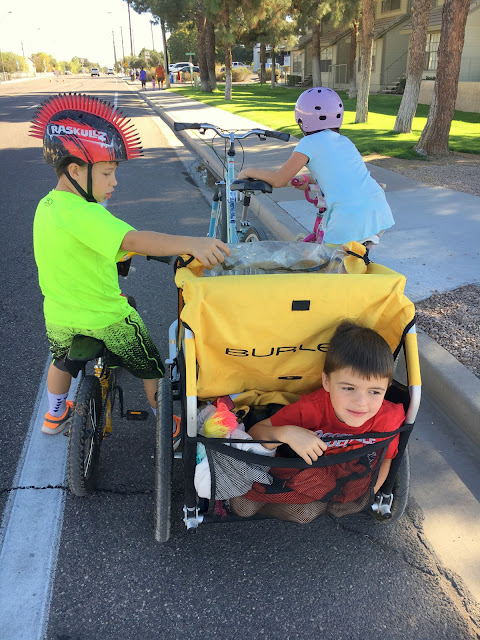 Justin turned a year older on Wednesday. We had quite the eventful day celebrating it with him. I texted him asking if we could have lunch together. I was totally expecting him to shoot me down, but he texted an affirmative back. He almost shot me down but then decided to splurge a bit. Evelyn was so excited to dress up and see Dad during the day on his birthday. She chattered the entire drive up about birthdays, Justin, and her favorite songs. We hit some stand still traffic so were half hour late picking him up. We enjoyed some sandwiches at Jimmy John's, that dang Italian Night Club sandwich is hard to deny. Josie is such a happy, spirited baby. She brings joy to most around her... until Evelyn takes something away. Happy baby turns into baby nazgul.  After school Amelia got ready for her first strings concert. My phone was binging off the hook with 95 text messages between Mia, Chloe, and Abby. Apparently, the girls were deciding what to wear. I totally understand why parents get their kids phones. I get annoyed when 2-3 texts come in less than an hour, 95 in less than 10 minutes? Mia wore her cute unicorn dress. The kids almost made it though the concert like normal kids should. I almost lost my mind before the concert keeping the kids in check and not running around like safari zebras. Amelia was beaming when the kids took their seats. We are so proud of her, from not picking up a stringed instrument a couple months ago to playing actual songs is quite the accomplishment. Amelia and Chloe also got to play percussion for the 6th graders (apparently, this was quite exciting and embarrassing). So many giggles behind hands! Silly creatures. Justin made it in time to see the last song the 5th graders performed. We took the family out to eat Mexican food for dinner since it was already late.

I recycled the old swing frame when our new-new swing came in the mail. The rainbow swing had a bent frame so I had to return that one. I hung the swing vertically like a circus hoop. The older kids love it! Phillip was pretending to be a parakeet with a silly winter hat on his head, sitting on a perch. Soon Amelia convinced the boys to practice a play for Justin starring the hoop swing. Amelia was a cute Koala, Phillip a parakeet, and Everett a Thanksgiving turkey that Phillip shot with a spray nozzle. The amount of tears and crying from Phillip and Everett were quite substantial. The boys either hated Amelia's ideas or did not want to practice again. She can be a slave driver. I almost shut down the performance once Phillip went ballistic and shoved Everett to the ground. Once the time came to actually perform the play the kids were sweet and cute. I hope Justin enjoyed his birthday play, because the pain of fighting was quite substantial. I made some marshmallow brownies and homemade pizza for Friday dinner to celebrate his birthday a bit late.

Saturday Justin left for the church bright and early to help Bishop with tithing settlement. He was there for a good 6 hours. The kids and I biked a mile or two so we could enjoy the parade for Gilbert Days. Biking was easier and faster than trying to find a parking spot. We ended up on the wrong side of the road. We were on the side blocked off for the 5k runners, which meant the parade folks would not throw prizes and candy to us. Some kind soul gave the kids footballs and a few suckers towards the end of the parade. Josie was dancing! Her knee dip move is a sight to behold. She copied Everett as he threw and caught his ball, she was right behind him throwing and fetching. Evelyn was a turkey, quite literally. We loved the choir, marching bands, and the horses. Everett scored the bike trailer trunk since his bike is too small to keep up with me. He was squished in the back cradling my camera and water bottles. Evelyn pestered Josie by touching her pony tail, Josie was not happy sitting next to her annoying sister.

Evelyn can be really, really annoying. She is the annoyer in our family. Josie playing peacefully with a toy, Evelyn marches up rips it out of her hand and takes it. She pushes Josie around making her go places. She pokes and prods until the kids go berserk. When asked to stop she ignores us and continues. She only stops when physically restrained and made to cry herself. Persistent little bugger. On the other hand she will melt your heart. She made sure Justin was comfy on the couch with a blanket, stuffed animal, and kisses. She gives the best hugs. She prays every time: "Dear Heavenly Father, I love my mom and dad, best ever!" Phillip came up to me after watching Star Wars and said, "Mom, Evelyn is my Sith-ter. Heh, Heh, Heh. Get it? Sith-ter?!" Yes, yes she is the Sith, Raz al gul, and spicy pizza.

Amelia and I sang with the ward choir on Sunday. Justin was taking Evelyn to the restroom. Apparently she refused to use the Men's potty so Justin had to relocate to the family one. Josie participated in the choir as she was in my arms squirming and begging to be let down. Primary singing time is going well. The kids sang "Gethsemane" so beautifully they sounded like angels.