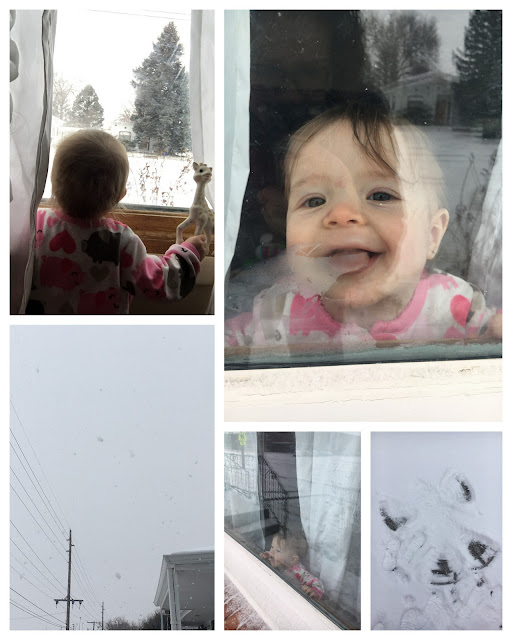 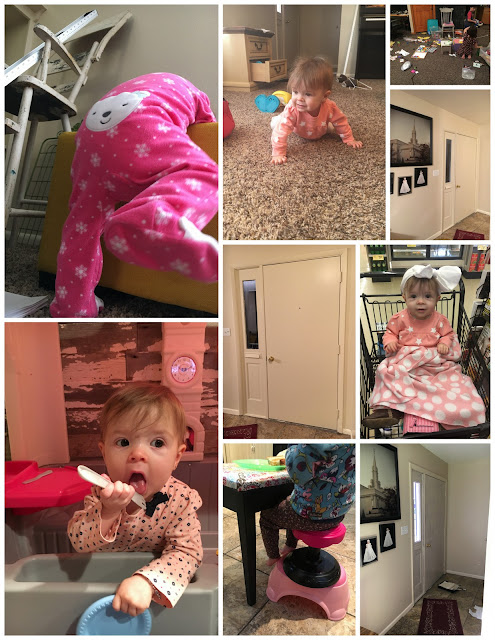 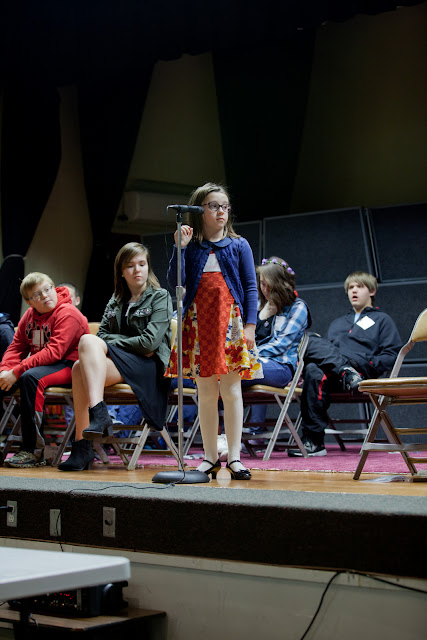 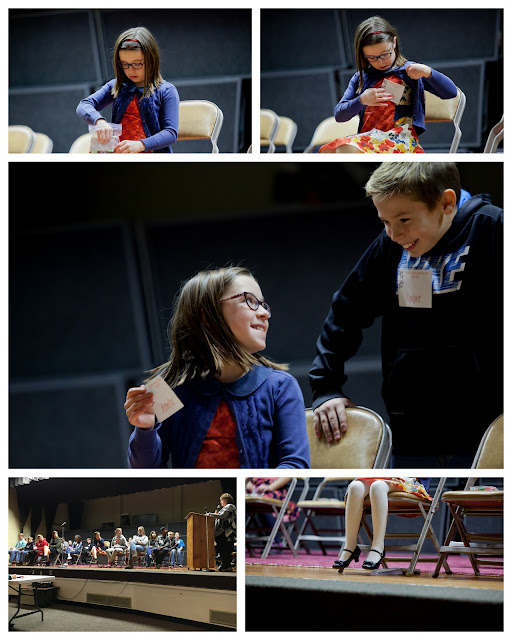 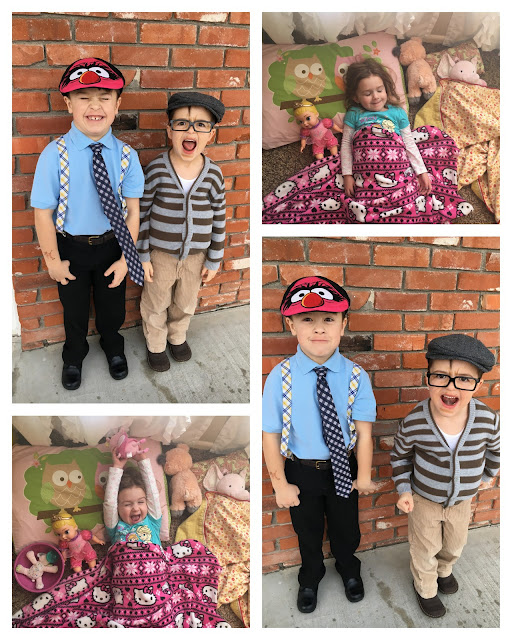 I can't wait for this week to end in 9 hours. We've caught almost every winter ailment known to this town: flu, stomach flu, fevers, ear aches, headaches, diarrhea, head colds, runny noses, coughs, chapped mouths, and such. Friday night every person in our family ended up with the stomach flu, even the baby. Plus side is half the kids have clean bedding thanks to this week. Everett was sent home from school after puking his lunch all over the floor in his classroom. Amelia and Justin stayed home on Friday with headcolds that turned into the flu. I've never felt so depleted in my life. Gah, can't wait to be over this. We ate lots of broth soups, chicken soup, egg drop soup, miso soup, and fake Pho soup. Sick of soup! Seems like we mostly just survived this week. My head is about to break open due to a newly developed migraine. Evelyn is finally feeling better today, she is raring to go and play while the rest of us want to lay on couches and sleep. She took the lapse of parental eyes to her advantage. She made several real dishes on her toy kitchen (berry smoothies, something with marshmallows, soup, and eggs), she colored the legs of several pieces of furniture with dry erase markers, emptied her play food several times, dumped out drawers of clothes, unmade the beds in her room, and made piles and piles of small messes.

We got a nice smattering of snow on Tuesday morning. The flakes came down nice and fat. Evelyn really wanted to play in the snow so she and I went out for a bit. Josie watched from the front window, more like washed the window with her tongue. Evelyn was quite proud of her snow angel she made. She lasted about 10 minutes outside. Josie was quite content to stand at the window and smile! That girl loves to stand.

Thursday Amelia participated in the county spelling bee. She was most assuredly the smallest person up on stage. She competed against two other 4th graders, three 5th graders, 3 6th graders, and the rest in 7th grade. I got to attend the competition thanks to Jen for watching the little girls. We practiced spelling words off and on for the past month. She was the first one out, but I think the proctor was partially at fault. The proctor said her word was a homonym of prune, the word is croon. Course Amelia spelled it crune, just like a homonym would be. The rest of the words were pretty easy. The contestants dropped like flies in just two rounds to words like ballerina, hurricane, science, and such. We enjoyed the rest of the match sitting side by side spelling the words to each other. She rocks and spelled most of the words correctly. She has an incredible ability to spell! So proud of her for making it to the county bee. I loved watching her sit on the chair, her feet did not even touch the floor. She had to stretch up to reach the microphone, the older kids had to bend over to speak in the mic. Adorable.

With most everyone home on Friday I decided to take advantage of the extra child care and paint the hallways and front door. The entry is now cream and looks so fresh and open. I also hung a few photos and decorations over the week. The rooms are finally looking complete.

We all stayed home from church this week. We had a nice family meeting at home. Our theme was Choose the Right. We sang hymns, had prayers, and a lesson by Phillip and I. We played a CTR board game based on questions from the lesson. When asked who tempted Jesus in the desert while he fasted he responded, something like Ishmael. We all laughed over that.

Josie started surprising us with her presence. I put her down in the basement to play while I washed the girl's hair. Next thing I know she startled me after pulling on my shirt. I whipped around to find her grinning at me next to my side! Now I catch peeks of her around a corner as she scoots about. Mom suggested I put her in a pie tin so her pants don't get ruined! Good idea.