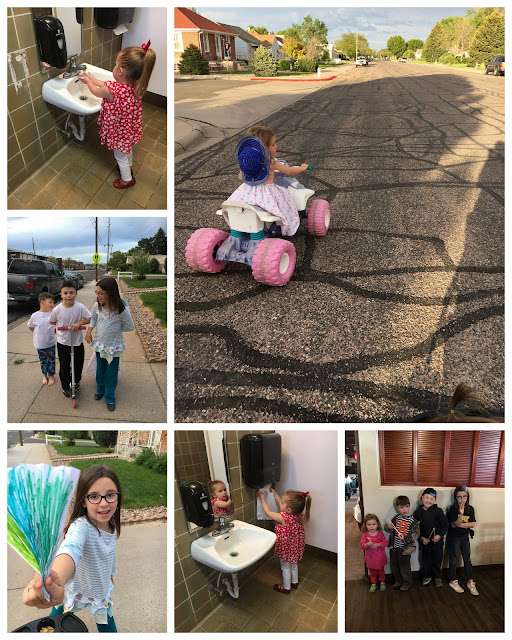 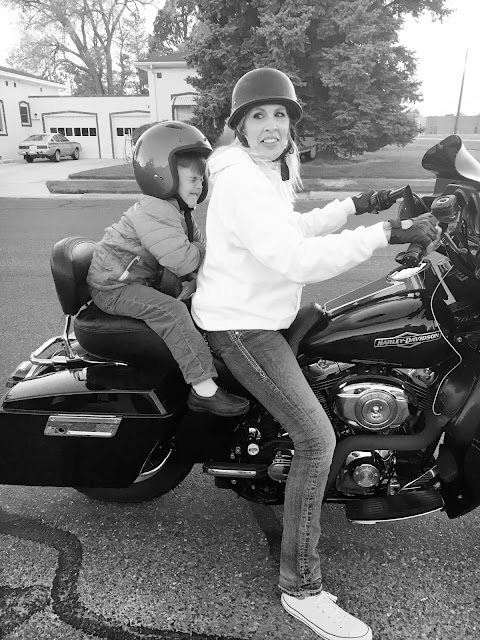 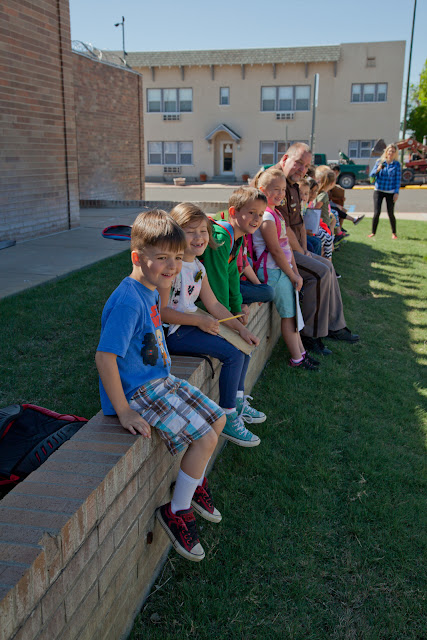 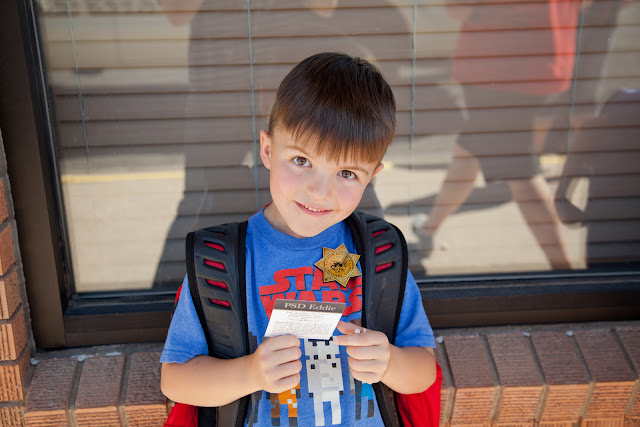 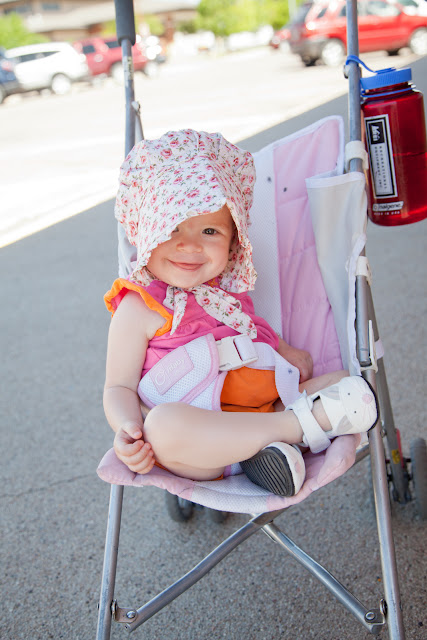 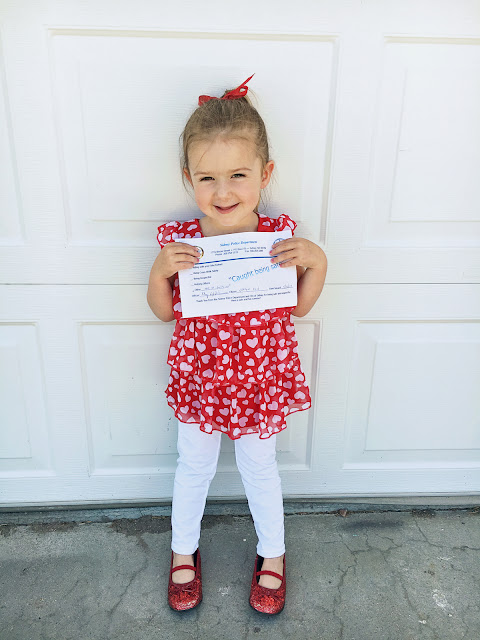 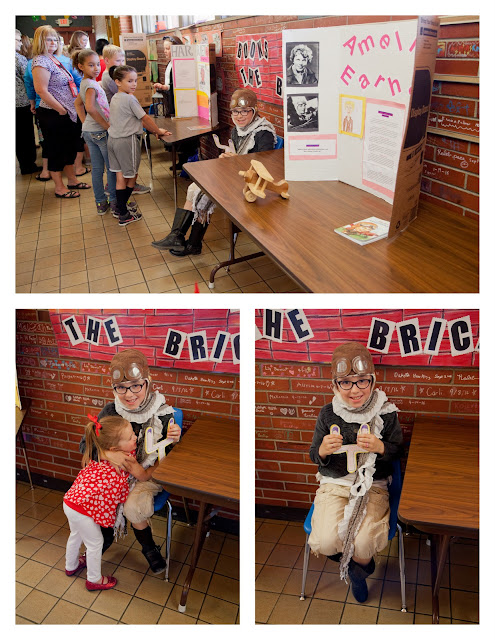 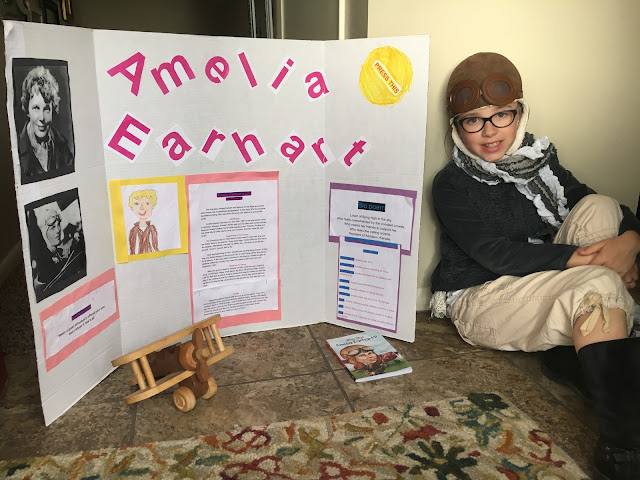 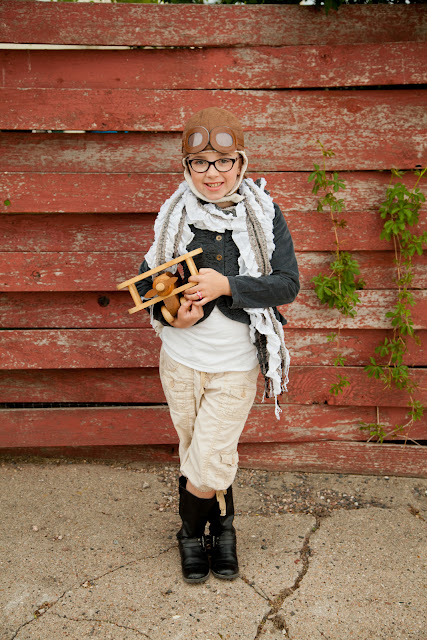 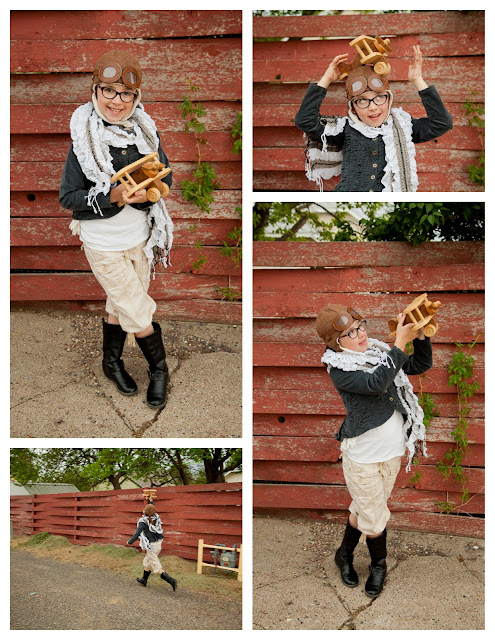 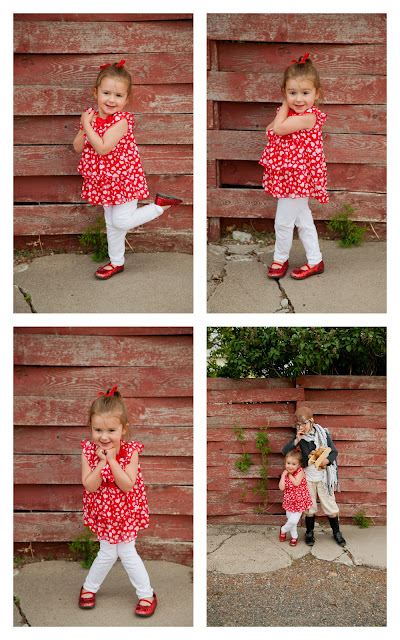 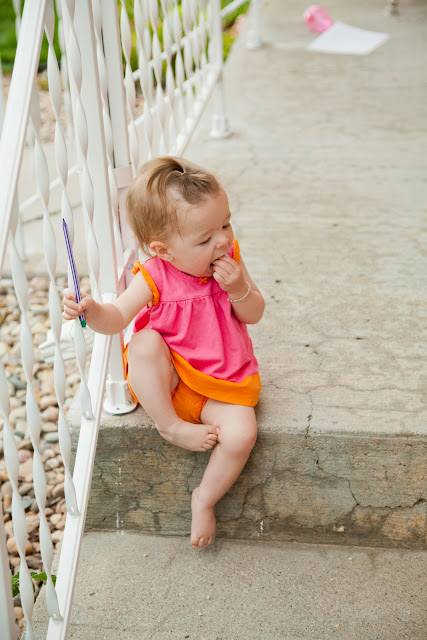 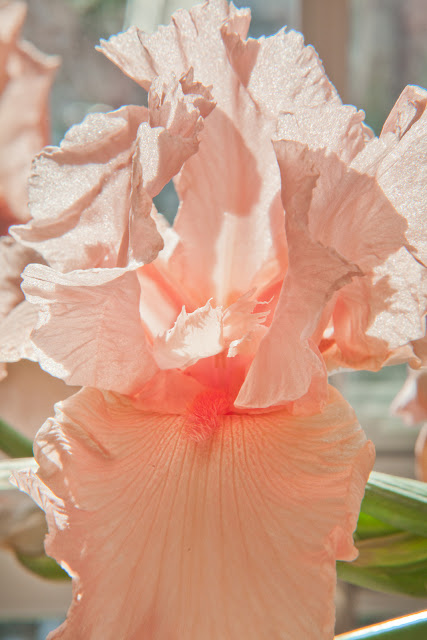 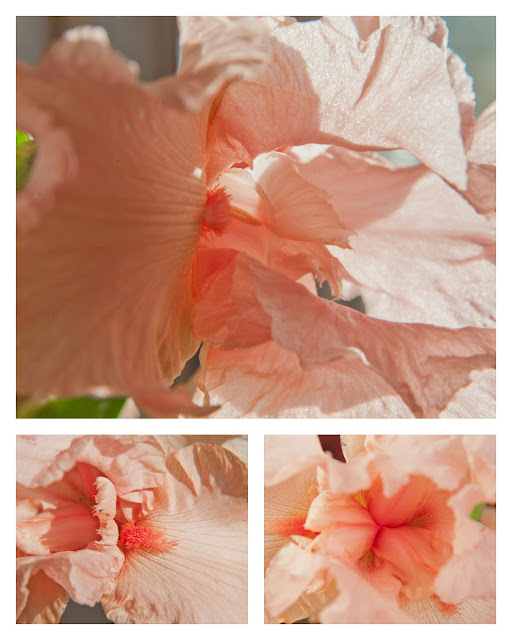 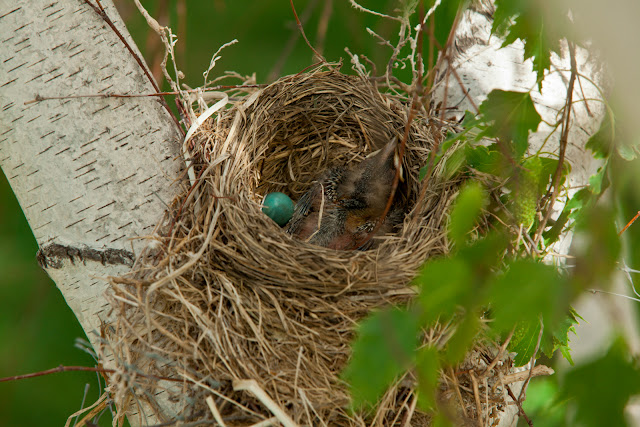 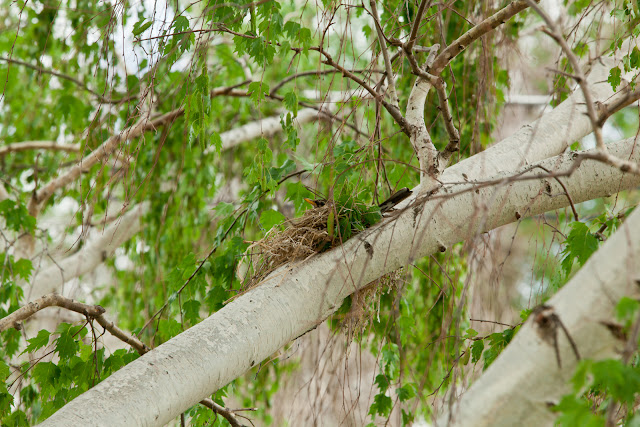 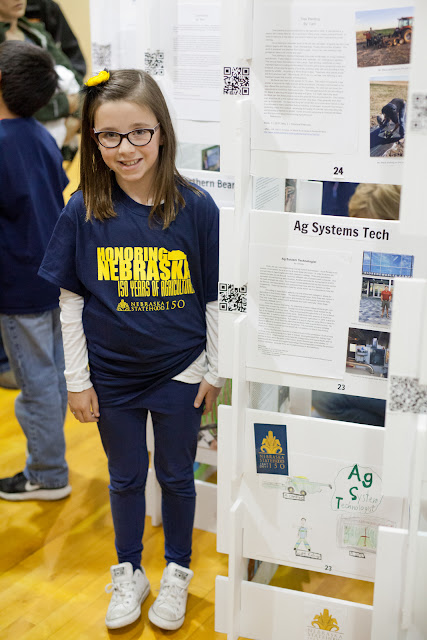 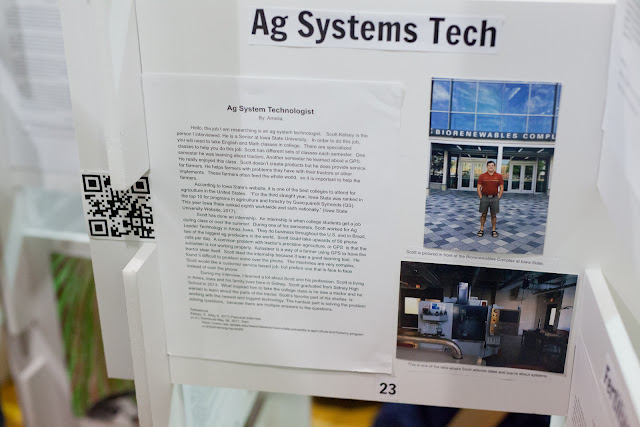 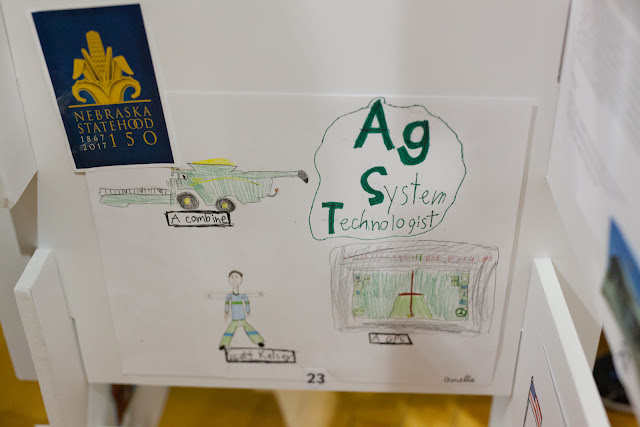 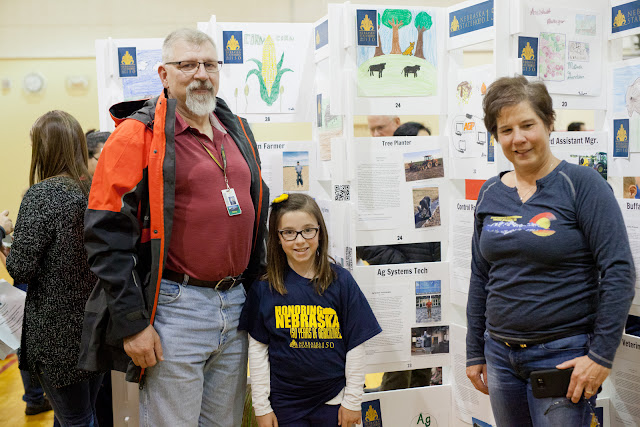 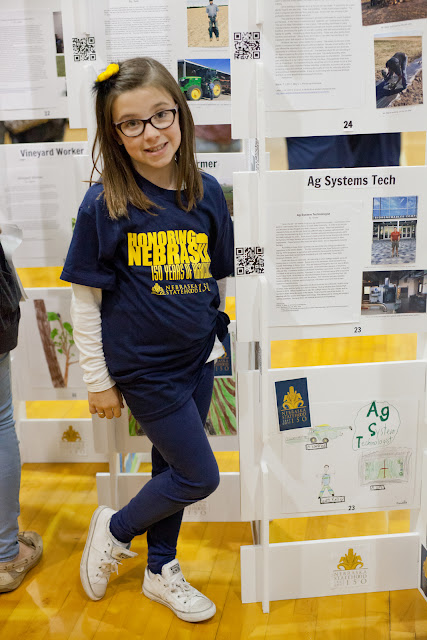 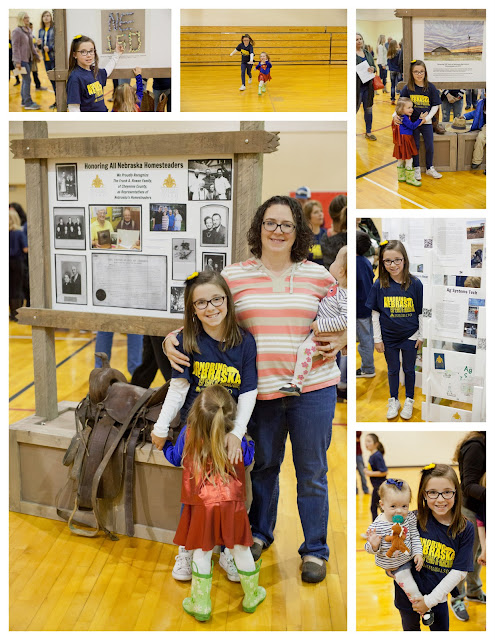 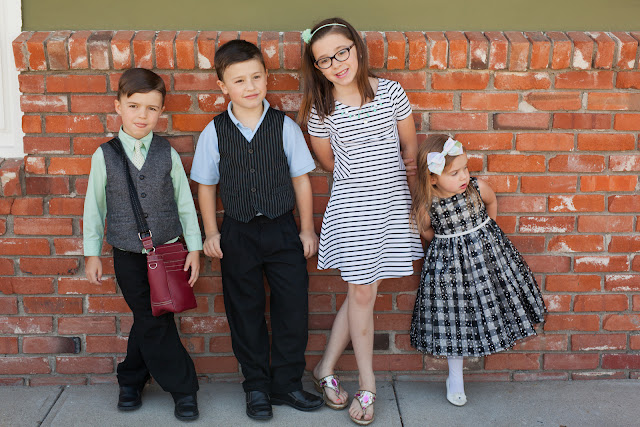 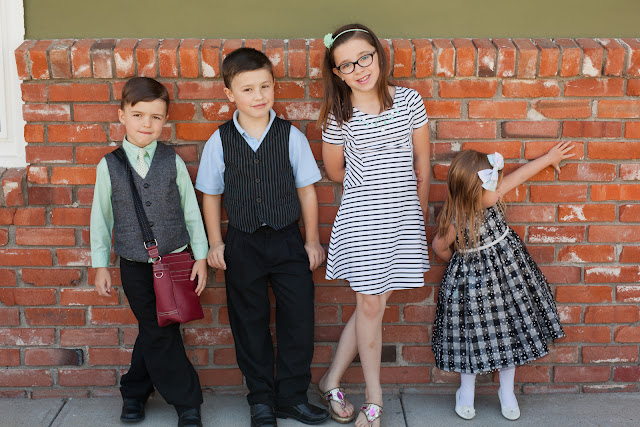 This week was another busy school week, full of field trips and presentations. Amelia is quite glad to have all the major projects over with. The highlight of our week was an impromptu trip to the Ft Collins temple. I was able to do a session for the first time since before Josie was born. The session was so wonderful.

Monday afternoon Justin left for another business trip to Sandy, Utah. The kids wished him good luck before parting ways that morning. After school Phillip stayed home to stay with a napping Josie. The rest of us went to Amelia and Everett's well child visits. Amelia weighed exactly 70 pounds and grew a full 3 inches since last year! We were all ready for FHE that evening when Jen unexpectedly showed up for dinner and loves. She gave all the kids rides on her motorcycle instead. Her cycle has little (or no muffler) so it is really, really loud. Everett was all scrunched up not knowing what to do with the extra noise. Everett had me make no-bake cookies for FHE treat so we had that and no lesson. Justin was unavailable to video call so we missed daddy during scriptures and prayers. Last week both boys started reading a verse to practice their skills. I really enjoy listening to their almost daily progress. Later that evening Jen and I were chatting. She told me I am way to lax with my kids. She is way to strict and quite mean with her kid. My mind was restless as I pondered her point of view.

Tuesday morning was so gorgeous, sunshine, light breeze, and no clouds. I dropped the kids off at school then came home to get the girls dressed. Evelyn was very sad I dropped her off at Elliott's for a morning playdate. She got to play at the park with her friend. Jojo and I met the kindergartners for their tour of Sidney field trip. Everett's class started at the Treasurer's office. I caught his class after the Treasurer's office enroute to the Sheriff's office. He had a clipboard clutched in one hand, the other hand busy marking off the first stop on a crude map. He was so proud to show me his perfectly executed "X." Those bright, brown eyes looking up at me made my entire day. We held hands while touring the prison exercise yard, checking out the sheriff's car, and meeting the county drug dog. Our tour included: an insurance agency focusing on wearing seatbelts, the state patrol office (got to meet another drug sniffing dog, a seatbelt demonstration, and how the officers weigh vehicles), State Farm (got a real map atlas), the postal office, and American Bank. Seems like the kids got candy and fun books at each stop. He was quite delighted to help stroller Josie along. I had to leave right after the post office. I picked up Evelyn then grabbed some lunch at Subway with my little girls. As I pulled out of Subway Sheriff Aikens pulled me over. Sigh. I was not doing anything wrong except made a sort of wonky turn out of the lot. I had my license and registration ready. Instead of a ticket or reprimand he gave both girls a certificate for wearing seatbelts properly and a treat voucher for Dairy Queen! Evelyn was so happy to get a reward for her seatbelt wearing. Best police stop I've ever had! Right after that we ran to Amelia's school to see the Wax Museum exhibit Mrs Janssen's reading group put together. I know the kids worked very, very hard! Amelia researched all about Amelia Earhart, wrote several reports, made a cute display board, and chose an outfit. She even made a steering wheel out of paper. The day before the exhibit she made pilot's goggles out of paper that taped to her glasses. The design was quite ingenious. She opted to wear the prop hat I had for babies since it was more substantial. All down the hall kids sat in a predetermined pose. Their display boards all had a "press here" button. Once pressed the child would deliver a memorized biography about their character. It was really fun to hear what each kid had prepared. After school I had her video her speech since the school hallway was so noisy. I made chicken, rice, broccoli casserole for the first time in many, many years. The kids were grossed out since it looked disgusting, after tasting it each kid at least ate their entire serving. We talked about how most casseroles look gross but taste good, probably the reason I hate making them.

A robin made a nest in our tree this year, well, this happens every year but this year's nest is on a much lower branch. Evelyn was quite concerned to watch me climb up the tree to nearly the top branches. She yelled and screamed at me to get down. I was able to get some fun photos of the nest from above, I could see a newly hatched baby and a pretty blue egg. The mama robin was not happy about the giantess encroaching on her territory. She does a very good job keeping the blackbirds at bay with her sharp beak. The boys heard about my tree adventure from Evelyn and wanted proof that I could climb a tree. Once again I headed up skyward, earned a "cool mom" award. I then made the boys climb up high enough to peek in the nest at eye level.

Friday afternoon we got to see Amelia's grade present their Agricultural project. I know the students worked hard for over a month to learn about Nebraska's agricultural roots. They followed the Rowan family who maintain a homestead 127 years in the making. Amelia interviewed Scott Kelsey a local resident pursuing an agricultural degree in system technologies. She interviewed him over the phone a couple weeks ago. The entire project will be on display in a museum for the state's 150th anniversary. Pretty exciting stuff! All the kids wore matching shirts and helped explain their project to those with questions. I brought along superwoman, aka Evelyn, to bring a sense of super powerness to the event. Our exciting evening activity was to clean the basement. Yeah, we make things exciting around these parts.

I lucked out finding someone to watch the kids Saturday while Justin and I went to the temple. Our friends, the Curries, had their first unscheduled Saturday in over 2 months. They willingly and lovingly watched the kids. We dumped the kids and ran, our aim to attend the 11 am session. We made it with about 5 minutes to spare! Last time I attended a session was back before Josie was born. The quiet was almost unnerving! I am quite used to an explosion of noise during all awake hours (and some hours at night). Justin and I have some questions and concerns we are thinking through. The temple seemed like a logical place to ponder and pray. Justin reminded me of Elder Robbins talk, The Righteous Judge, from October 2016 conference. I mostly pondered his words especially this quote:

Perhaps more than opening the mouths of babes, the Lord was opening the eyes and ears of their astonished parents. Those parents had been granted the extraordinary gift of a glimpse into eternity and of beholding the true identity and premortal stature of their children. Would that not forever change the way the parents saw and treated their children? I like this variation of a quote attributed to Goethe: “The way you see [a child] is the way you treat them, and the way you treat them is [who] they [will] become.”10 To remember a child’s true identity is a gift of foresight that divinely inspires the vision of a righteous judge.

President Joseph F. Smith taught, “If children are defiant and difficult to control, be patient with them until you can conquer by love, … and you can then [mold] their characters as you please.”

Thomas S Monson said, "Never let a problem to be solved become more important than a person to be loved."

The Ft Collin's temple is so beautiful. The beauty, quiet nature, and spirit in the temple were a balm to my heart. After the temple we snagged some lunch and talked about family matters. The kids were happy to play with the Curry family. Josie was half-asleep when we arrived. We were able to visit for a couple hours before we headed out. Heidi has two boyfriends! Yikes! We teased her about them, well, mostly Justin. He is tenacious about wheedling information out of Heidi. On our way home we made a stop at Once Upon a Child to stock up on summer clothes for Amelia and Phillip, the other kids got a couple outfits each. We dawdled even more by having a teppanyaki style dinner. Evelyn was terrified by the fire. She hid under the table until the chef was done with his tricks. Everett talked the chef's ear off. He earned extra servings of rice, meat, and veggies be endearing himself to the chef. Amelia was convinced all we were going to eat was soup, salad, and sushi rolls. Josie ate most of Evelyn's rice while she was in hiding. I slipped spoonfuls of food under the table, the food disappeared. I'm still laughing! We arrived home after 10:30 that night.

Sunday we had ward conference. Phillip helped Everett get dressed up handsome style: with collared shirt, vest, tie, and belts. Phillip lamented over me not buying him the spike studded belt the day before, it was the perfect accessory. The boys fixed each other's hair and applied cologne. Pretty handsome. The kids were tired and cranky. After an hour of sacrament meeting the girls and I went to the nursery until the meeting was over. I actually left right after to take Josie home for a long nap. I finished up visit teaching this month with my companion after dinner. Amelia came with us. She loves to play with Judy's dog, Sassy. At the first house she reacted badly to Jenny's dog and ended up with a bite on her palm. She was pretty freaked out. Our dog is so laid back, hyper dogs make her really, really nervous. Had she not backed up but stood her ground the dog would not have jumped. They can sense weakness! Justin was pretty anxious all day. I feel so bad and helpless when he has an anxiety episode. This to shall pass.