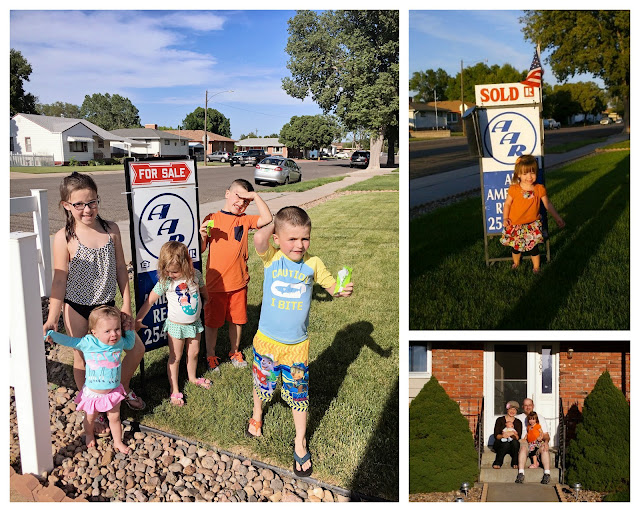 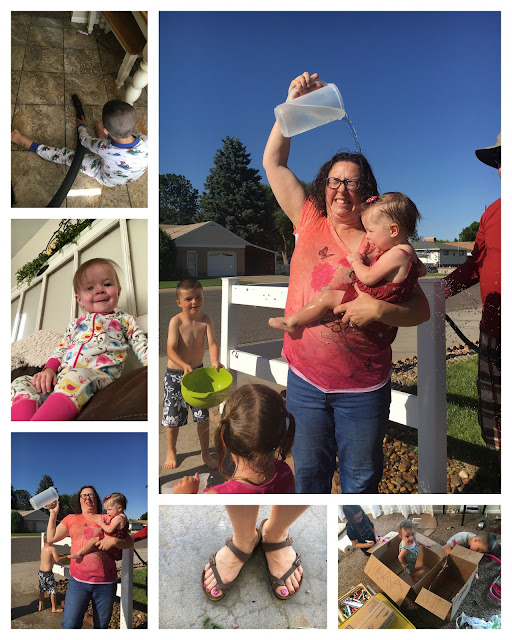 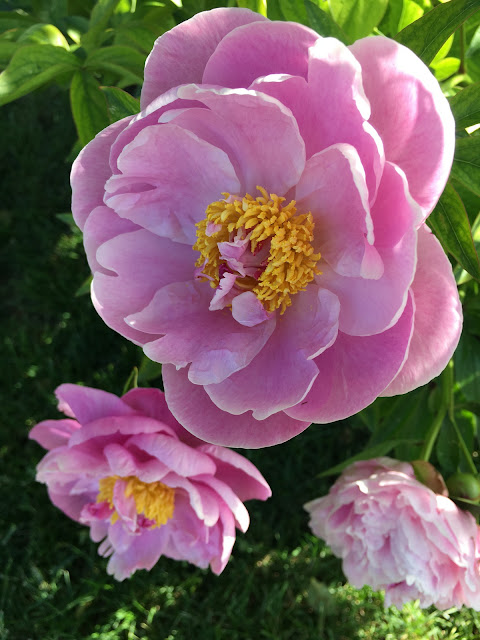 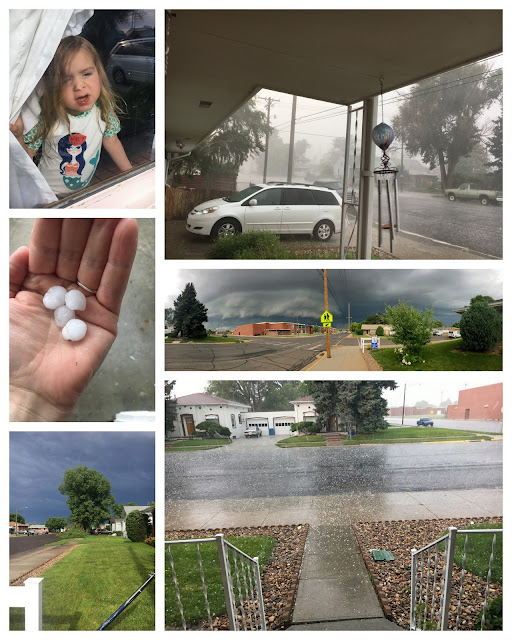 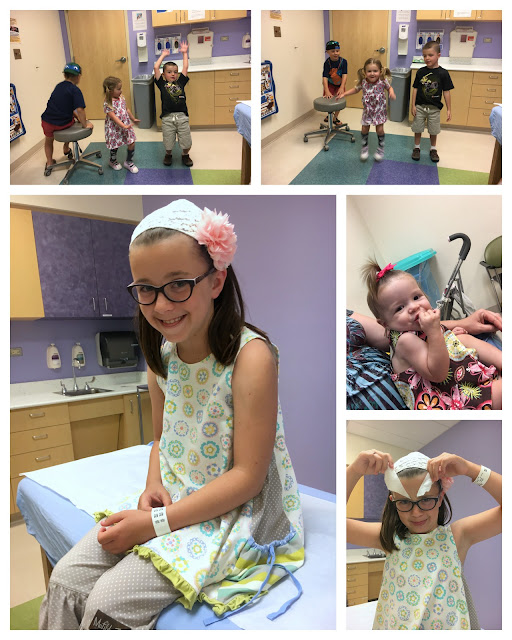 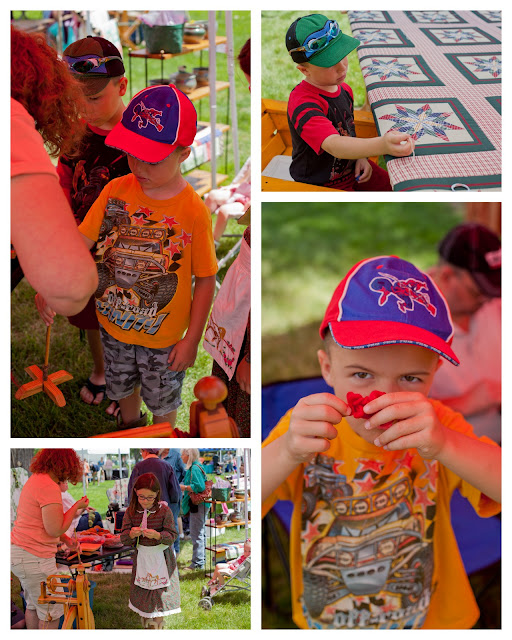 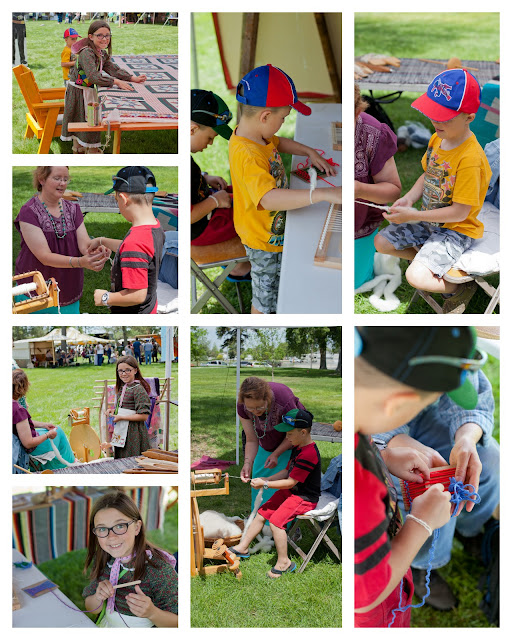 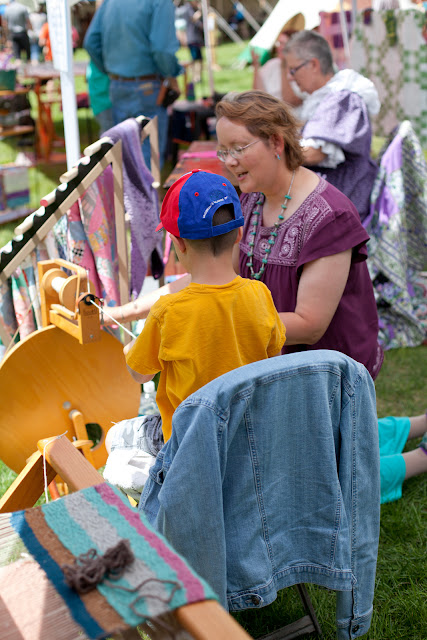 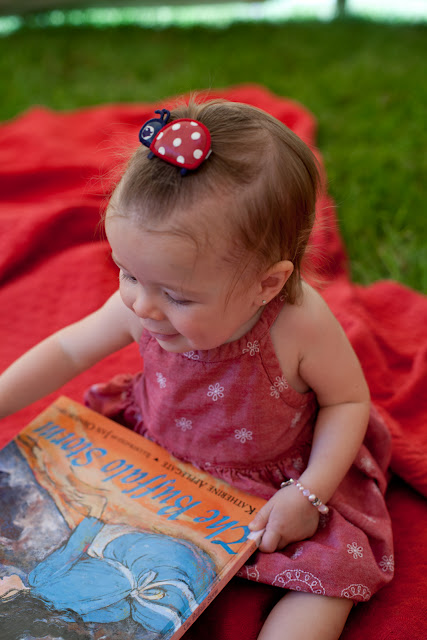 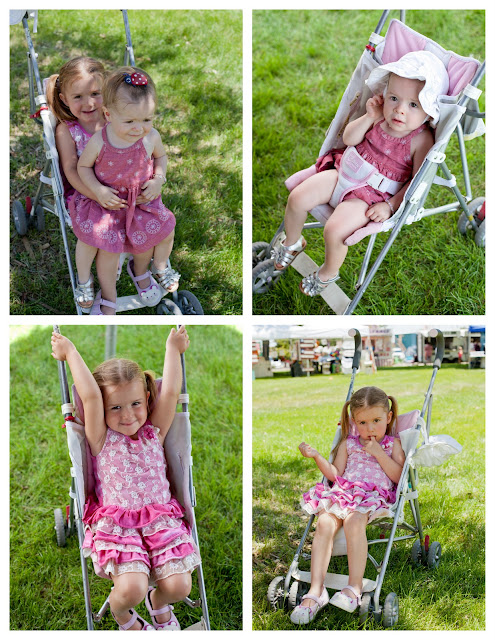 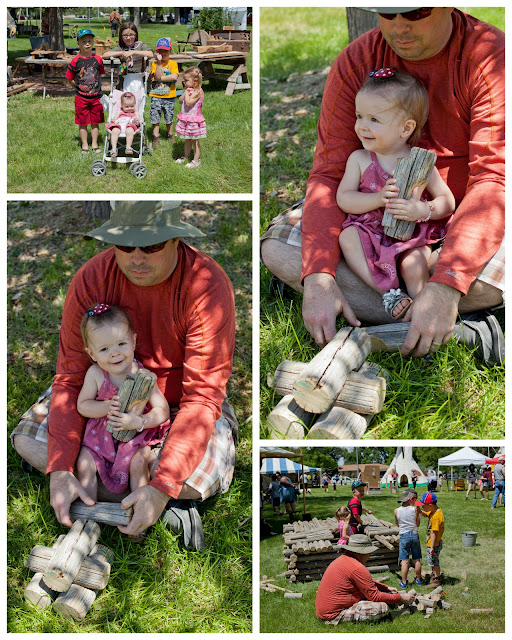 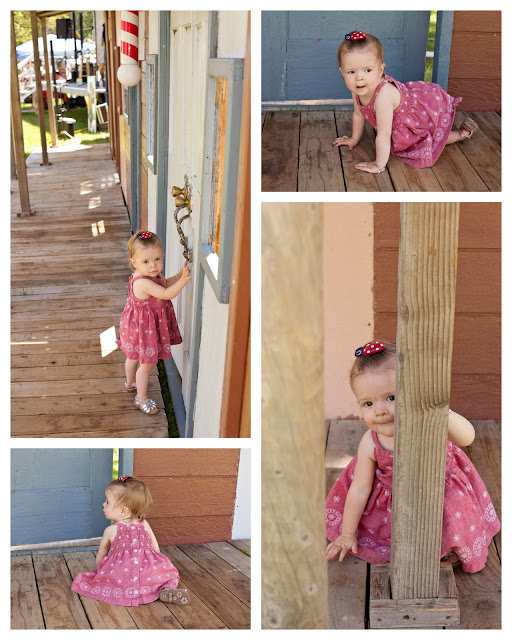 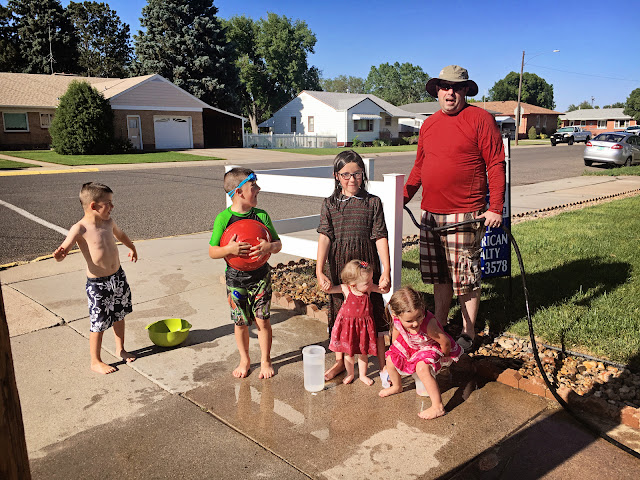 Monday after lunch Nan Mull, the real estate agent we worked with 8 years ago, came back over to help list our home back onto the market. Thank our lucky stars we cleaned up the house over the weekend. The kids and I worked on cleaning up the basement that morning. Justin and I signed the plethora of documents. Nan wanted to snap photos of our home before she left. I was quite embarrassed since the house was still quite cluttered from the mess of organizing and sorting. We worked up a sweat clearing out the minor clutter right before the photos were taken. She left us with a For Sale sign in the yard. So bittersweet. Phillip was 6 weeks old and Amelia 2.5 when we had that same type of sign in our yard. As I recall that morning's work was quite difficult. I ended up sobbing on the couch upstairs because Amelia had such a rotten attitude. She was acting like a royal pain in the bum, every word she said was rude, contrary, and demeaning. Phillip made me a card after he found me crying. His card was a picture of me crying and him giving me a hug. Amelia silently dropped off Josie in my lap then disappeared. She reappeared a while later crying herself. I think all the emotions of moving are starting to catch up. We took the afternoon off and went swimming. On most levels it felt like the wrong move to reward the stinkers, but more than that I needed time off from the house and space from the kids. Josie loved the water. She enjoyed pushing herself around the shallow zero entry area on her belly. After an hour she was clinging so tightly to me there was no way I could remove her! Poor thing was freezing. I cuddled her up in a towel until she slowly relaxed. Evelyn was a true mermaid. That kid was all over the place, jumping, spinning, face under the water! I let Amelia go swim. Her scar looked fully healed, no sense in prolonging the inevitable. My peonies are in full bloom. Mmmmmm, my favorite scent and flower! For FHE this week we pulled out our 72 hour kits and updated them. Last time we did that was when Amelia was 5 and so on. The kids were amazed we had special backpacks squirreled away for emergencies. We chatted about the preparation mission of the church while we pulled out tiny clothes and shoes. Phillip even tried to put on his tiny size 3 undies, ha ha ha, so funny. The kids now have updated clothes and shoes that actually fit them in their packs, Evelyn and Josie now have their own packs. Rest easy the Calls are now prepared.

Tuesday my main focus was to gut out the kitchen and dining room areas. I pulled everything out, drawer, cabinet, and cupboard at a time. It took me the entire day to collect, 3 large trash bags later, a medium sized donation pile, and a vacuum full of dust. Sister Jones took the older kids swimming from 1-5 pm, Josie napped that entire time as well, so I was alone and focused. We barely had dinner, dinner is reduced to stuff I found frozen in the freezer the hour before. After the kids were in bed I pulled out the washer and dryer to clean that space. We collect treasures under the appliances. I finally found Elsa's hair, half of her body (Lego body), the missing screw to the dryer door, and several dust pans full of odds and ends. You might believe I never clean that space, I almost believe it, except I did the same thing 5-6 months prior. Somehow I dislodged the draining hose from the washer. I started a load of wash as I finished some ironing. Thank the stars I was there when the hose came loose and drenched the area under the appliances. Once again I wedged free the appliances and mopped up the mess. I regretted the day ended, it was one of those days when I was on a roll and full of motivation to get things done. Before Everett went swimming, he asked if Dad would loan him back some dollars he earned from the Lemonade stand, he was not in consensus that the money should go to Justin. He wanted a cash horde for the snack stand at the pool. We also enjoyed having Ella over all day, Alison worked at the rental properties in Sidney. We love our Ella time.

Wednesday was a dreary day. I took a breather that day. Got a nice long shower, went food shopping, and took a nap on the couch. Finally, I took up the gauntlet to find child care coverage for the kids while Justin, Josie, and I are gone next week. Finding care for 4 kids was quite the challenge. I still need coverage for Saturday. The dreariness built up to a massive storm that ravaged the area, went from a back band on the northern horizon to a nasty hail storm in less than 15 minutes. I really thought the storm would pass us by since it seemed to head north, but no, several minutes after noticing the storm the kids and I were huddled in the basement. Large quarter sized hail pummeled the area, my lovely peonies were shredded. The kids cowered in the basement while I admired the forceful storm. Sheets of rain gushed horizontally off our roof. I heard a loud shattering sound, was convinced a window was damaged. After the storm we headed outside to find our neighbor's tree was split down the middle. Evelyn is still talking about the hail. She ate a couple hail stones after Phillip convinced her it tasted like snow.

Ella was back for the day on Thursday. Amelia was not in the best mood. She is convinced Ella only like sports and is not her friend. Indeed, Ella played softball with the boys for quite some time, much to Amelia's annoyance. I was glad Ella was willing to entertain the boys. A while later I heard Ella reading a large stack of books to Josie and Evelyn. Soon the boys brought her a stack of books. Made me melt to hear her taking time to read to my kids. I wish Amelia did that more, she and I are way to alike! Once again I sent the kids to the pool for the afternoon. Tessa watched them for 2 hours then brought home Evelyn. The older kids were on their own, with Ella's help, and several other adults who I knew would be there. I spent the afternoon cleaning out the storage room and the basement toys. When I picked up my kids everyone was crying and tired. Everett kicked Amelia in the throat (she was trying to dislodge him from his floatie), Amelia was crying because Ella ignored her and played with her friends, Phillip was fine until Amelia punched him. Gah! The kids went to bed early and got up much happier.

Justin had his last day of work at Cabela's. He was pretty emotional all day knowing this was the end of a chapter in his work life. He told me later that day, come Monday he will be unemployed for the first time in over 15 years. Amelia had a Dr appointment at the downtown Denver office for her wound check. We stopped to wish Justin luck before leaving for Denver. We all gave him a hug and encouragement. The following 5 hours in the van were boring. I listened to the Griffon Chronicles book II while the kids watched the new Beauty and the Beast. We downed a quick lunch at Del Taco on the way down. Due to traffic and a couple unplanned potty breaks we were a few minutes late. The kids were wound up to the max! I had Everett show Evelyn how to do jumping jacks, that was hilarious. The boys fought over the wheeled stool until I put it under restriction. Amelia's scar looks great...she can now go swimming. Blush. She is walking with just a hint of limping on her left side, no crutches. Yay!!! After the appointment we stopped at Target to get a birthday gift for Katelyn and another party the boys were invited to. We headed home right after that, 5 hours in the van for 15 minutes with the Dr's PA.

Saturday we tackled the garage and storage shed. That took us almost all day long. Dusty work that is. Amelia kept whining and whining about going to Gold Rush days or that she was booooored. The boys and Evelyn kept themselves completely entertained with treasured finds from the garage. She helped keep Josie happy by playing with her, that was the best move young lady! I appreciate the help. We took a break at 11 am, went to play at the Gold Rush Days. This year our ward had a tent in the textile area working on a quilt and hand spinning thread from wool. In the same area a lady worked on a trundle sewing machine, Sister Hermes had her wool threader and loom ready for those interested in trying out the techniques. The kids got to weave some yarn at the last tent. This year the main attraction was a large pile of real lincoln logs, bark included! We were glad for the gentle breeze that kept the temperature down a bit. After lunch I took several loads to the Salvation Army and worked on the basement linen closet. Justin resumed working on the garage after his nap. Amelia was moping around spraying weeds she was sooooooo bored. I conspired with Justin to start a water fight with the hose, some pitchers and bowls. Amelia finally had the smile on her face she lost a few days ago. Everett was not keen on the idea of getting wet (strange, since I recall him splashing in puddles fully dressed a few days prior). He ran inside, only came out after changing into a swim suit and with the promise that he could throw water on me. The water felt so cool and delightful! My kids are novice water fighters. Justin was a trusty hose handler, no shenanigans there. We enjoyed some laughter and comic relief as a family there on the side of our home. We needed that so much. Dinner was easily made: fresh berry burke. Nothing tastes better than burke for dinner on a hot, hot day. The entire bowl of it was gone before too long. Justin and I got to sneak out and watch Wonder Woman after the kids were asleep. Our neighbor Josh came over and held down the couch while we were away. I feel empowered with girl power now. Go! Women! You are Amazons! Hi-ya!

The talks in church today came from the new Christiansen family. Seemed tailor made for Justin and I, as they talked about having faith in trials. Sidney needs this new family! It almost seemed as though they are our replacements. Glad we could meet them in passing. It will all be okay in the end.

**Justin got me a new pair of Birkenstocks (at my request) from the store. I now have two new pairs of Birks to get me through the next few years. We will miss our employee discount.