Christmas Trees and a Diagnosis (or two) 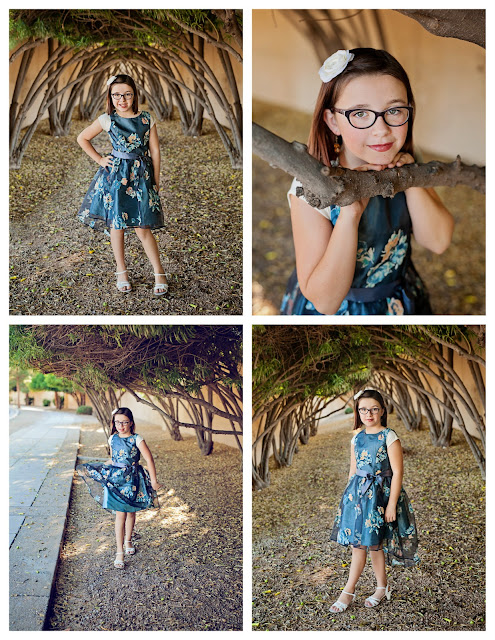 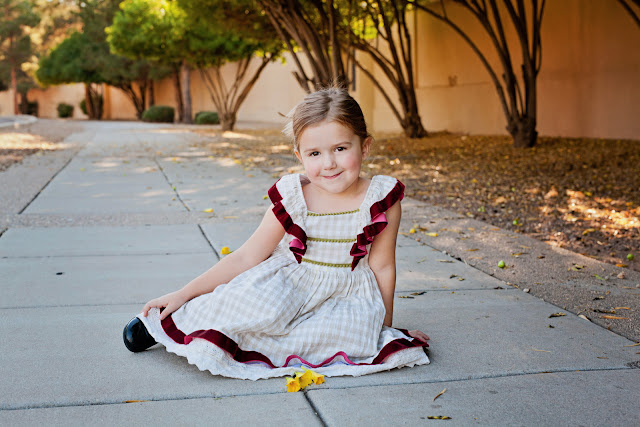 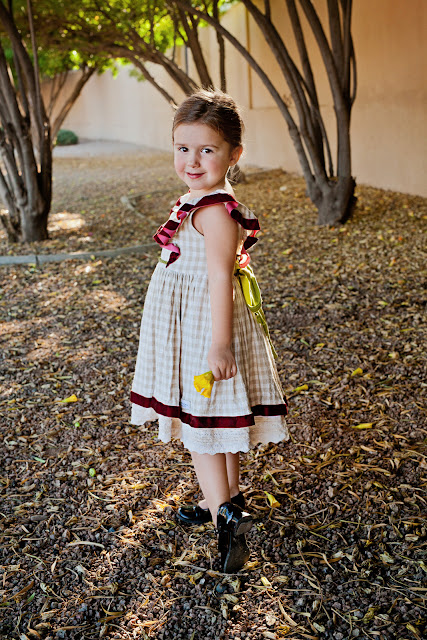 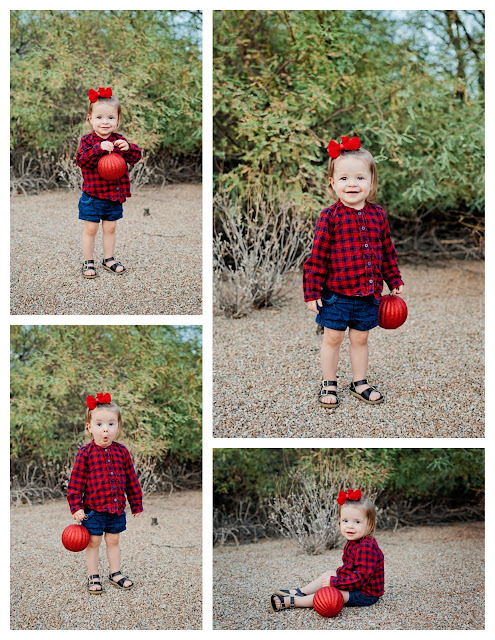 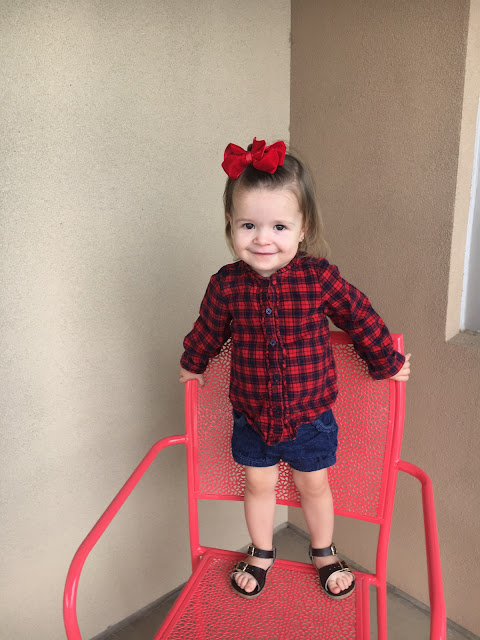 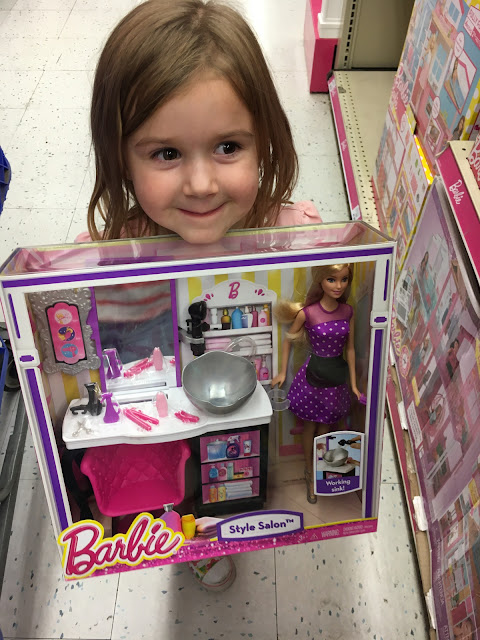 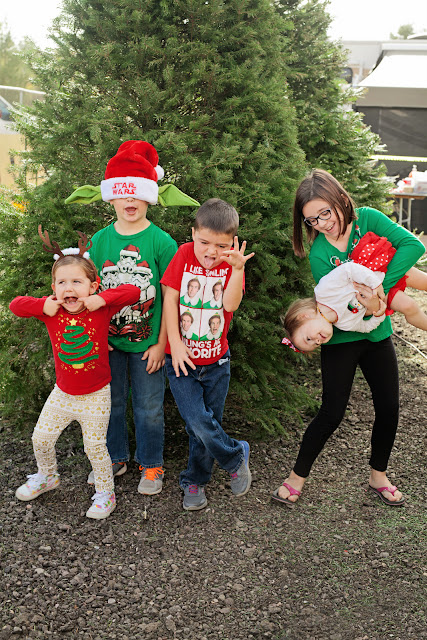 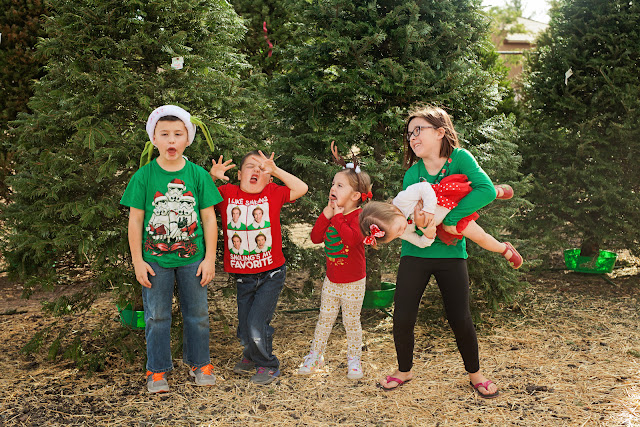 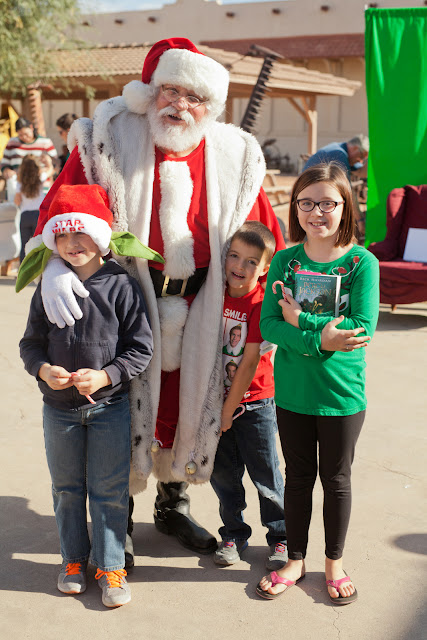 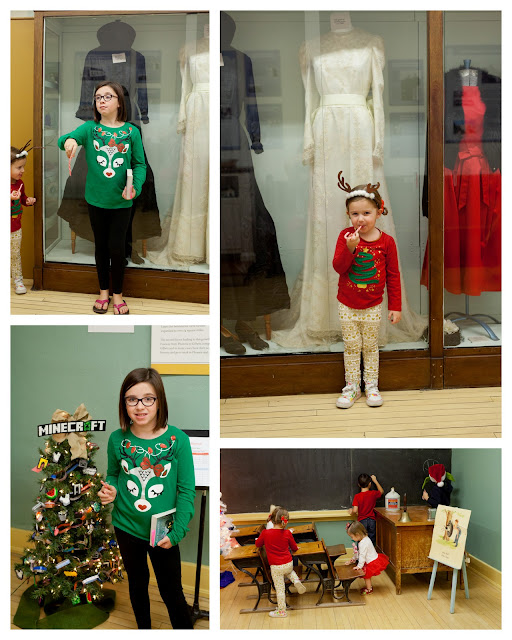 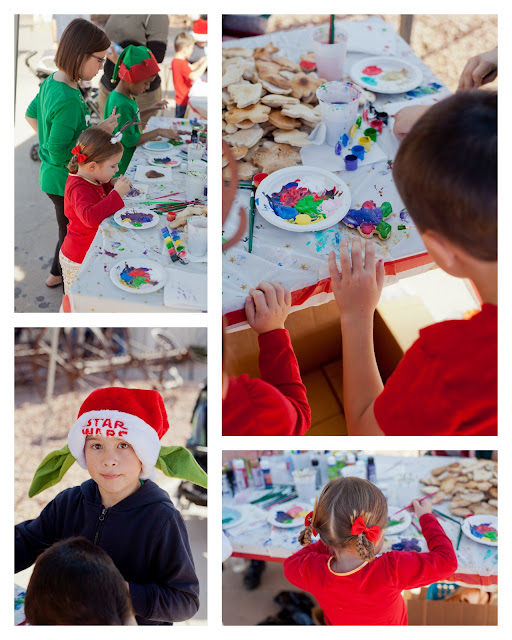 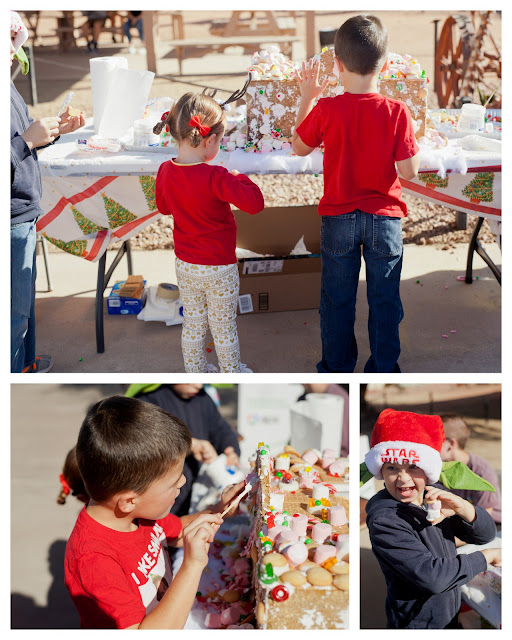 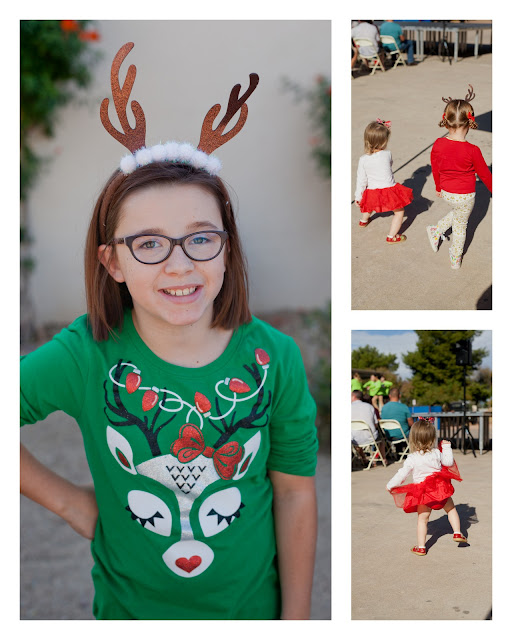 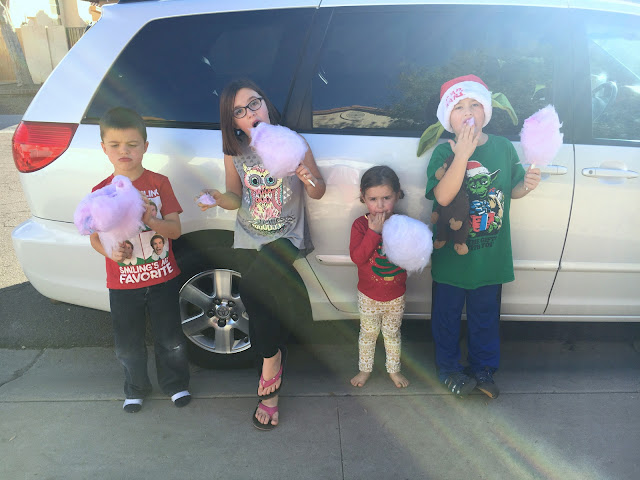 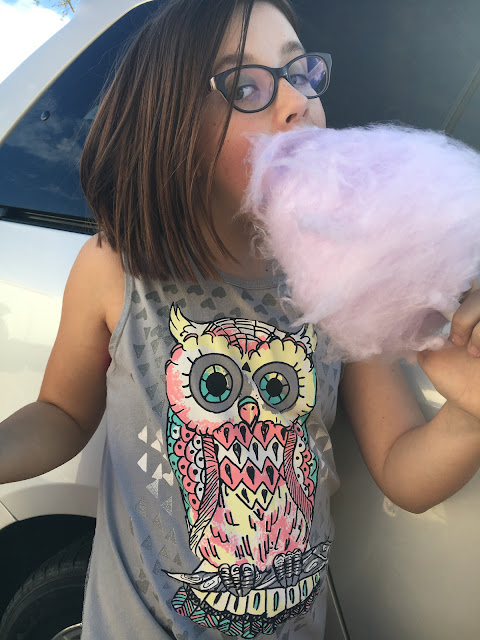 Early Tuesday morning (Nov 27) I had a meeting with Phillip's teacher and the special needs team. I am quite proud that we made it to the meeting with 5 minutes to spare! Not an easy feat to dress, potty, feed, and transport 5 little people that early in the morning. The older kids watched Evelyn in the waiting area while I attended the meeting. Mostly we talked about Phillip in turn focusing on his key behaviors at home for me and at school for the rest. We are all on the same page that Phillip struggles to pay attention and on-task. The school will continue to test for developmental delays/issues because we all thought that maybe he is missing a level of comprehension after removing the cloak of inattentiveness. The previous day he met with Dr Auxier, we talked about ADD and ADHD. I filled out a long questionnaire, based on that alone The Dr said he would be very surprised if Phillip was not struggling with ADD. I took his teacher the rest of the packet for her to fill out. The next day Dr Auxier called to inform us that Phillip has an official diagnosis of ADD. Dr Auxier did not recognize us, even after I mentioned his grandson Anson a couple times. Once the connection was made Phillip got some pretty good advice, Phillip should never, ever touch or taste alcohol. Kids with ADD/ADHD have an especial tendency to alcohol addiction.  Phillip seemed to take all Dr Auxier's advice to heart. Thursday morning we started him on Dyanavel, a liquid medication that we can easily adjust during this initial phases of medicating him. His school uses colors to measure behavior each day, Phillip usually earns mid to low colors. Friday he earned the highest level for the first time! He was so proud and happy earn level pink. In the 4 days he's taken medication that boy has improved so much. He is completing assignments at school alone, which he's never done before. He is completing more than 10 math problems at a time. At this time we are not seeing any side effects. He was a bit dizzy on Thursday but not since then. I am very interested to see what his grades look like this next quarter. Phillip is still obsessing about and struggling with the feelings of leaving our family, mostly just at night. It is hard to watch him struggle with anxiety at such a young age. Hopefully we can provide him with some tools to help him succeed mentally and socially.

Wednesday morning Evelyn had her second observation with the preschool disability team. This time we met with the team alone and not in a group. Two teachers assessed Evelyn's speech, social, and small muscle skills. She scored high in all levels, even scored mid-range in speech. The teachers felt like her stutter was an obstacle so decided to place her with a speech IEP, even though she scored average. The deciding factor was how much she struggles with her face and expressions while she stutters and the placement of her stutter (like in the middle of sentences and the consonants she stutters on). She will start preschool for free sometime either before or after winter break. The drawback for me is that she has to start Kindergarten next year if I want her to keep her IEP. I can choose to hold her back but will not have free preschool anymore. I really do feel she is quite young and immature to start kindergarten just a week after her 5th birthday. At least we can use services for the rest of this school year!

Everett is struggling with anger of late. He gets so angry and upset that he hurts his siblings. His fuse is short but the explosion is not drawn out. I hope to communicate with him that feeling angry is ok but hurting others is not ok. He seems to lose it and lose himself in the process.

Friday evening I had my first photo session here in Arizona! I loved the session because it was simple and fun. Josie looked so cute wearing her plaid shirt, she made the silliest faces at the ducks. After the session we took the kids to dinner at Cafe Rio. I've craved a delicious salad all week long, something no-carb and filling. Eating Keto is not so easy! I feel frustrated since my weight is still the same. Continuing the fight is not easy with no progress. We took the family to dinner because it was cheaper to get dinner than hire a babysitter. After dinner we went to Toys r'us, Justin and I enjoy self-torture. Yah know, the torture of taking 5 kids to a toy store and not buy anything. Honestly, the kids did really well, knowing we were only looking for ideas and sizing the boys for height appropriate bikes. Evelyn was the only kid who really had a tantrum, wanting to buy the entire Barbie aisle.

Justin spent half of Saturday with the Bishop for tithing settlement. I convinced the kids to take some Christmas card photos at a local tree lot. Check that off my bucket list! The rest of us went to the local Festival of Trees at the Gilbert Museum. It was not as fancy as some others I've seen but the kids enjoyed the event. Santa was leaving when we arrived. Everett ran up with a huge grin on his face! That kid loves Santa! We wandered around the museum to admire the trees. Our favorites were the ocean-themed tree and the perler bead MineCraft tree. In the courtyard a dance company performed. Josie showed off her own dance moves! The kids painted salt-dough ornaments and helped decorate a replica model of the museum. At home the kids rushed to put away their clean clothes and tidy their rooms to earn some electronic time. Amelia, Evelyn, and I went to a home-business party. Amelia loved trying on all the makeup. I was a bit horrified at the prices, seriously, $75 for a lipstick system? Yikes. A member of our ward makes cotton candy every year for one afternoon, a tradition his father started and maintained for 45 years. The kids were so excited to eat as much candy as he could spin! Justin took Phillip and Everett to Freestone park where Everett practiced riding his bike on grass with no training wheels. He worked up the courage to try biking on the pavement. Once he did Justin reported Everett exclaming, "I feel sooooooo free!" Everett is now a biking enthusiast after crashing into his first parked vehicle. Justin said Everett swerved into a parked truck and rubbed the tail pipe. All Justin could see was the bike and Everett laid out flat. He yelled to Everett and heard him respond, I'm fine!

I found myself playing my flute for the ward Christmas choir this year. I have not really played my flute in 18 years. I was quite pleased that the talent quickly returned to me. Yay.

Amelia started a bully watch club at school. At first it was just an idea, but she took the initiative to turn her idea into something more. She got the club approved by her teachers and recruited kids during recess to watch for bullies or bully behavior. She said running around the play areas setting watch is exhausting but fun! Now...if she could bring that peaceful attitude home! She bullies her own brothers more often than not! I am so proud of her for making her idea more than just a concept.