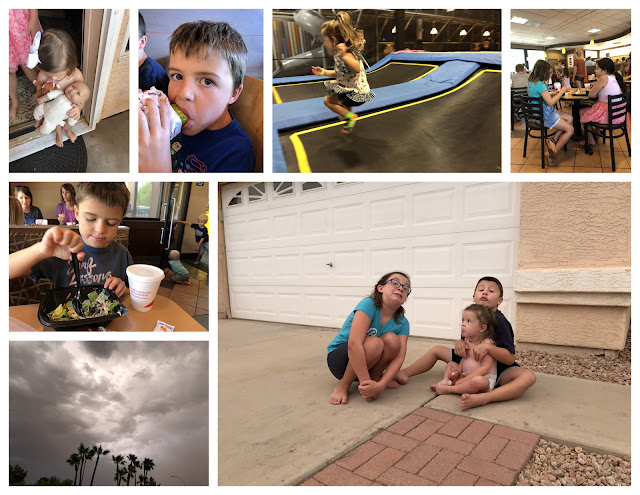 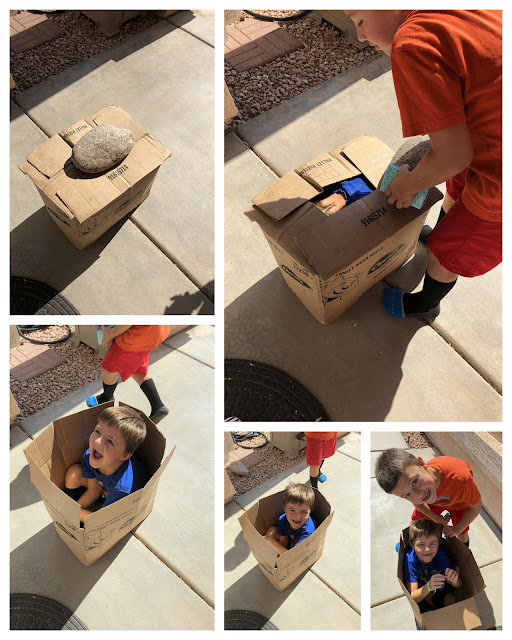 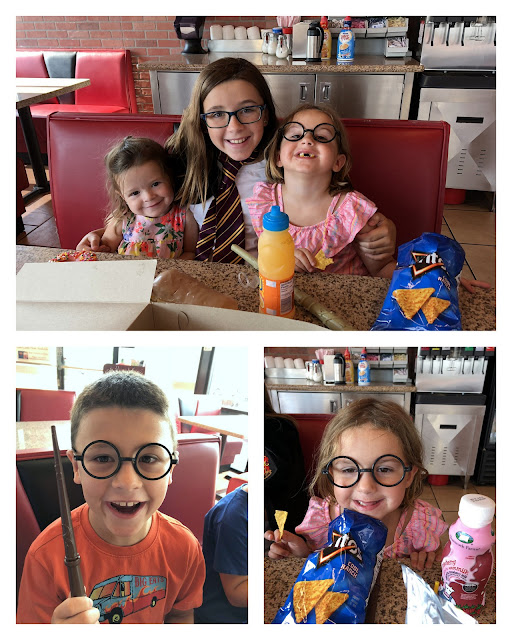 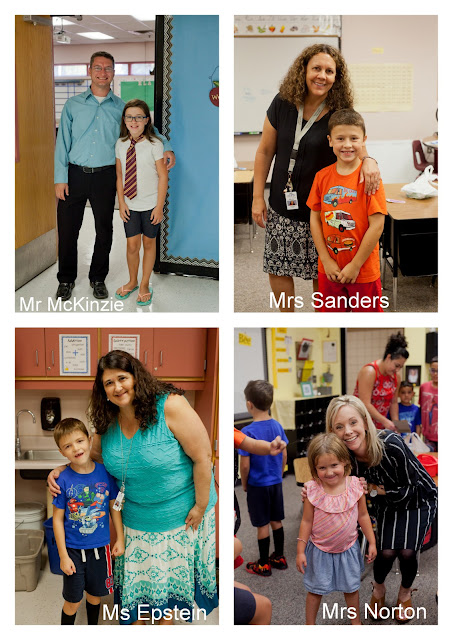 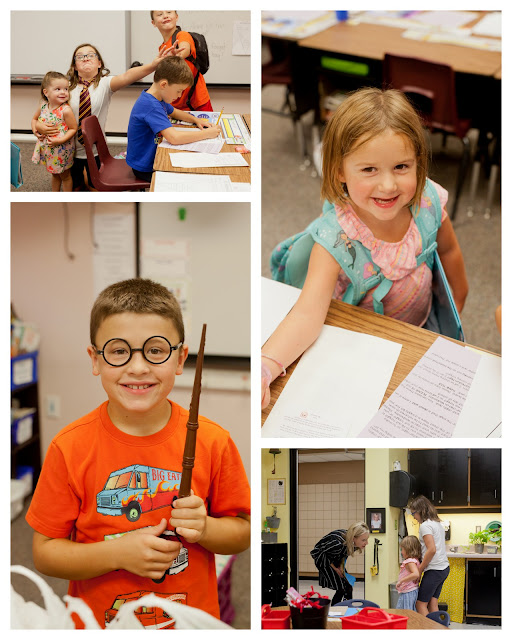 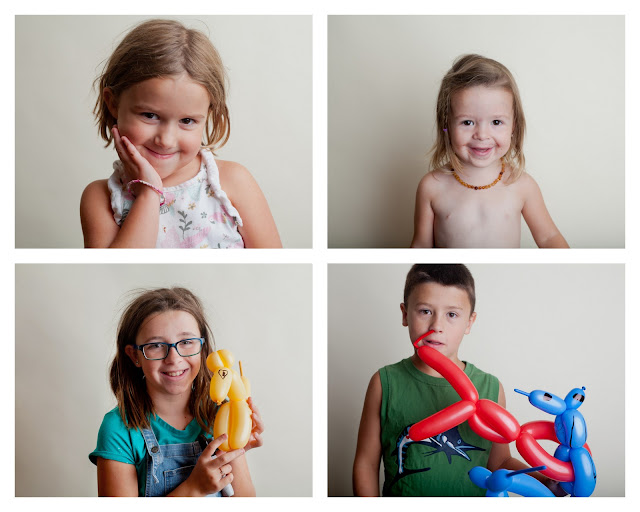 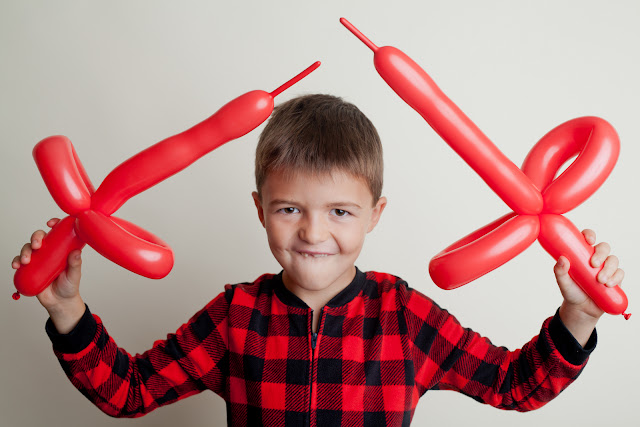 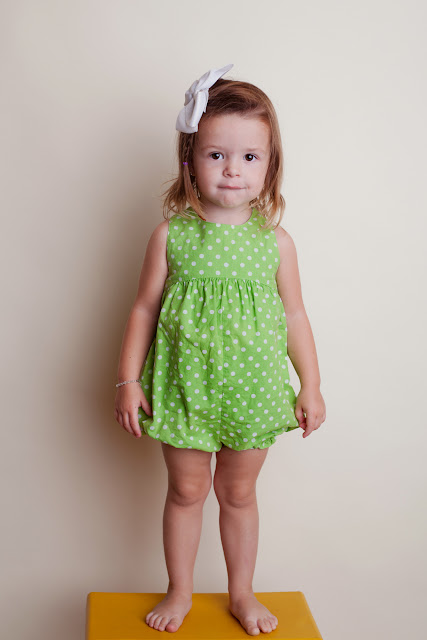 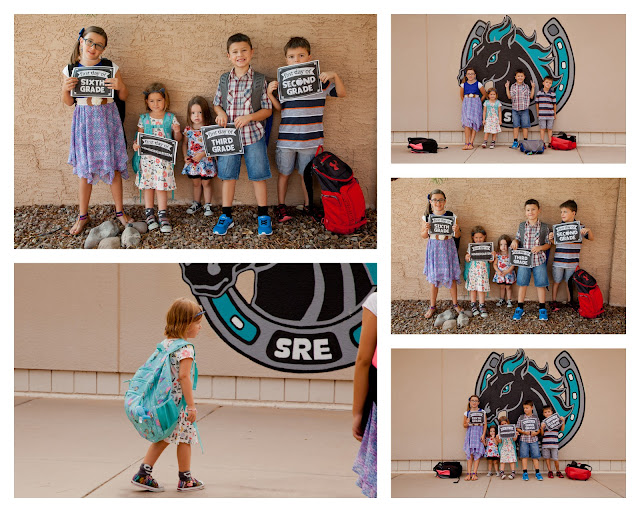 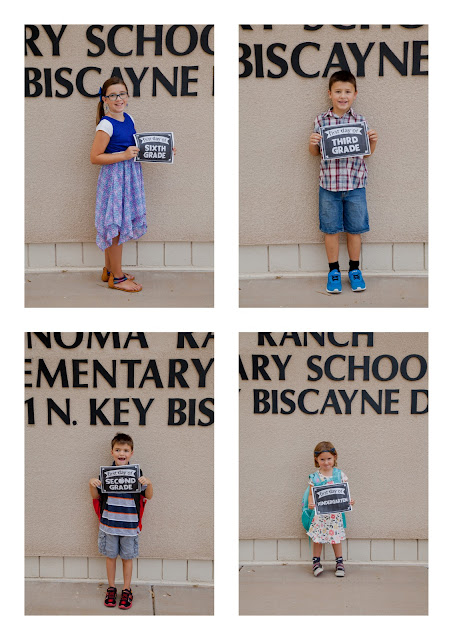 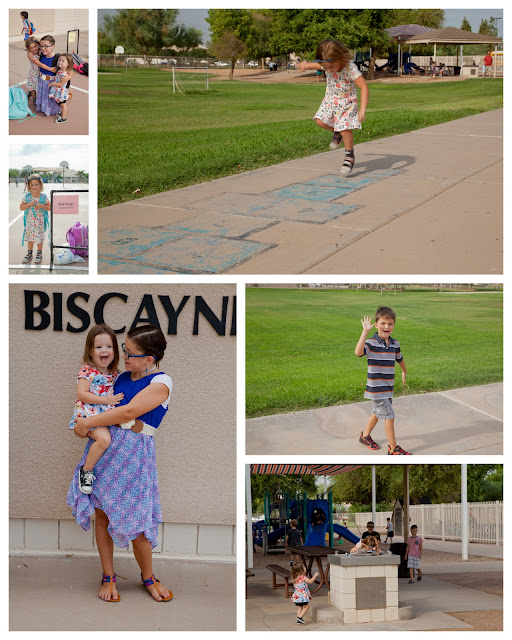 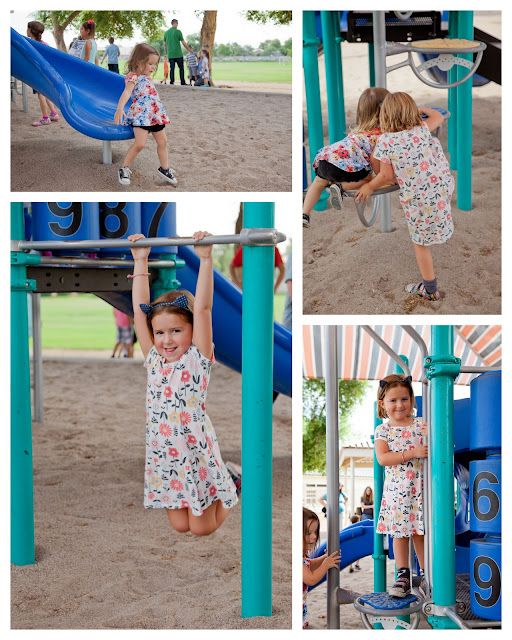 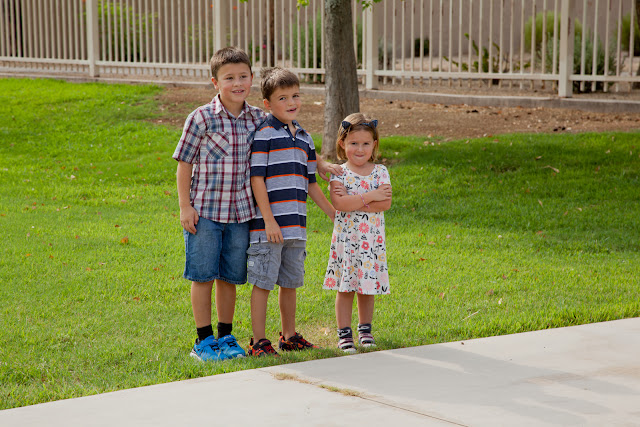 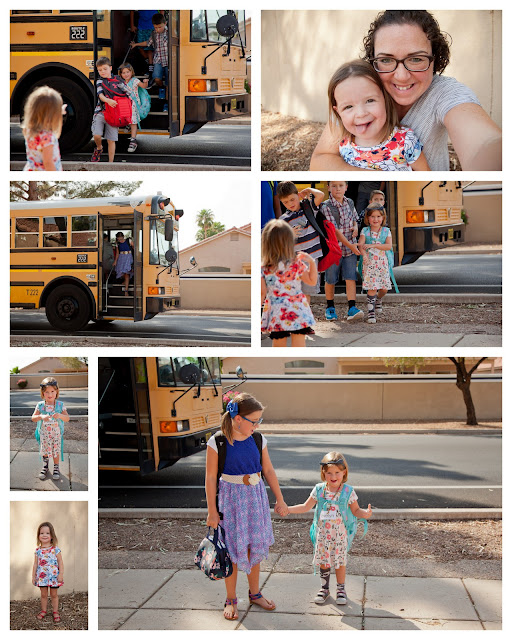 Just like that and four out of my five kids are now in school. School started on Thursday the 2nd of August. The kids were quite excited to start school, things at home were turning a shade of boring those last few weeks. I have not had less than two kids at home in 9+ years, so that is a tad strange, just Josie and I!

We started out our week with a fun morning at Urban Jungle. The kids got to play for 1.5 hours, which was more than enough time. I only saw Everett once the entire time! He plays hard. Amelia found a cling-on in the form of a stray 3 year old girl, she insisted on holding Mia's hand and following her everywhere! Amelia was content to let her stay around. The little girls and I had a wonderful time running about exploring the facility. We were starving by the time our time ended at noon. We partially settled on lunch at Jimmy John's, Everett was our dissident voice. He finally chose to eat a huge pickle for lunch. That kid was so happy to munch down his lunch. We finished up school supply shopping before heading home. A crazy storm raced overhead just after dinner. We've had some amazing storms the past week, I adore the storms. The lightening is stunning. The temperature drops are pure bliss. Justin tried to do Father's blessings for FHE but the kids were quite rambunctious so we decided to try another evening.

Tuesday was Harry Potter's birthday, now a big deal in our home. The kids found Harry Potter wands and glasses in the party aisle the day before. We celebrated with doughnuts for breakfast! The older kids went to the Russo's home where they watched a Harry Potter movie. I hear the butter beer was tasty! Phillip and Everett surprised me by shoving Everett in a toilet paper box and presenting the box at the front door. A rock held down the flaps! His cute faced popped up once I removed the rock! Best early birthday present ever. Towards the evening was "Meet Your Teacher" night. Justin met us at school so he could also meet the kid's teachers. We lugged all the school supplies along at the same time. We went to Ms Epstein first (Everett), then Mrs Norton (Evelyn), Mr McKinzie (Amelia), and Mrs Sanders (Phillip) last of all. Mrs Norton was so nice, Evelyn brought along her handwriting pages from preschool to show off. Mrs Norton dropped to her knees and had a lengthy conversation with Evelyn about her hard work! Evelyn was positively glowing. Everett anxiously filled out a questionnaire he found on his new desk. Phillip found his best friend, Ryan in his new classroom! Hooray!

Wednesday I photographed two newborn babies. Setting up my "studio" spaces was more than a little challenging. The only space for my 107" backdrop paper and stand was in the kitchen. I had a little mini area near the piano and the bean bag on the opposite side of the room. Dragging out all the items was quite challenging! I miss my little basement area. The first baby is my neighbors new daughter. She produced a prodigious amount of poo right when we were taking family photos, not once, twice, but three times. She slept well the remainder of her session! Amelia and Chloe did their best to wipe the mess off the kitchen floor. Poor Mia was gagging the entire time. We took a lunch break at Chic-fil-a, my kitchen was almost completely blocked off. Everett ordered a chicken salad! That's my boy! Yum. Amelia and Chloe were too grown up to sit with us, they were also too cool for us. I hear the pair monopolized the music center in the play area. Little RJ was next for some photos. I solicited him to come over, mostly for practice and fun. He was the exact opposite of Gabriella, she was chunky, feisty, and easily startled. He was a dream! I really loved getting my hands on some new babies. Chloe brought over a balloon animal set for the kids to try out. Everett made double swords, which he used for several days to torment others with. The girls made more slime. I swear Chloe has slime for blood. The girls used over a gallon of glue this summer in their slime adventures. That box of borax is always on the kitchen table.

Thursday came way too quickly. We are still sleeping on the floor, so that added to the chaos. Evelyn set out her first day outfit the night before. She adamantly insisted on wearing zebra socks with her dress. Amelia was so easy to boss about when it came to clothes, not Evelyn! She wears what she wears (and we are all grateful she has clothes on). A fly on our wall saw a whirl of chaos as kids dressed, ate, packed lunches, cried, laughed, and sang that morning. I took the kids that first day. Evelyn was mad because she wanted to ride the bus two times, not ONE. I asked the kids what they wanted to be when grown up. Amelia wants to be a unicorn-rainbow, meaning she has no idea. Phillip wants to be a zookeeper, and Evelyn a kindergarten teacher. Everett made me laugh with his response, "Mom what jobs can I do where I can collect money? Yah know, since I love to collect money?" Me: "Well you could be a banker or accountant like Dad" Everett: "Yes! I want to be an accountant so I can count money and collect it!" That's my nerd! The kids were good sports letting me take photos with silly paper signs. Evelyn was off soon after she dropped her stuff off at Mrs Norton's line marker. Seeing her in action assuaged most of my reservations. Josie and I headed out when the bell rang. I got lots of kisses from the boys and Evelyn. Amelia was off with her friends on the other side of the playground. Home was so quiet. Josie and I stared at each other for a bit then wandered off to clean or play. Her baby Skye got sick so we mended her up with Doc McStuffins supplies. Her toy is a hypochondriac, constantly sick and afraid of germs. I worked on editing the newborn sessions from the prior day.

Friday was a repeat of Thursday, except the kids rode the bus to and from school. Two HVAC dudes finally came by to repair our unit. They replaced the condenser and correctly grounded the unit. After 15 days we finally had cool air upstairs. The floor and walls were so hot it took a good day before temperatures came down to normal levels. We were all thrilled to carry our bedding back upstairs that night. Hooray! Justin and I went on a date to celebrate my birthday a bit early. We ate some pizza then watched the new Mission Impossible movie. Brecklyn Godard watched the kids, she cleaned up the house as best she could. I am so grateful she went the extra mile.

Saturday was a busy day for me. I photographed the Guderian/Bebee wedding. Justin held down the fort at home. He was not feeling great so staying home was up his alley. Amelia had book club that morning. We picked her up then headed to my new favorite Mexican restaurant, Moreno's for family birthday celebrations. The location south of our house was NOT the same as the Mesa location. Justin called a do-over, I agree. I drove the hamster wagon down to the temple for the wedding. It was miserably hot. My feet were burning through my shoes! The bride and groom did not want any posed photos near the temple since they did their Bridal photos the prior month. I did the best possible given the time of day, heat, and such. I came home showered and went to the church for the reception. It was a long evening, ending well after 9 pm. Amelia was quite upset I did not take her with me to the reception. I forgot to text either the Godards or the Russos to give her a ride.

I have a birthday twin, Bryce, one of my piano students. We enjoyed our birthday song in Primary. Amelia spoiled me with breakfast of scrambled eggs and a can of diet coke. She knows me too well. What a sweetheart to think of that all on her own. She even made a card with the words from "My Happy Birthday" on it. Justin cooked up some steaks with zoodles on the side. I got a waterproof bag for my phone (hoping to take some underwater photos with it) and some red hair shampoo. My hair is way too dark for the shampoo to work, so that became an item for the little girls to enjoy. Hooray. One year older, more gray hair, and wrinkles. My brain is also becoming smoother, maybe by the time the kids leave I'll have a brain as smooth as a balloon, finally becoming the airhead my brother James knew I was. Ha ha. I made a strawberry jello cake with fresh strawberry whipped cream. I stole the middle piece which was divine.