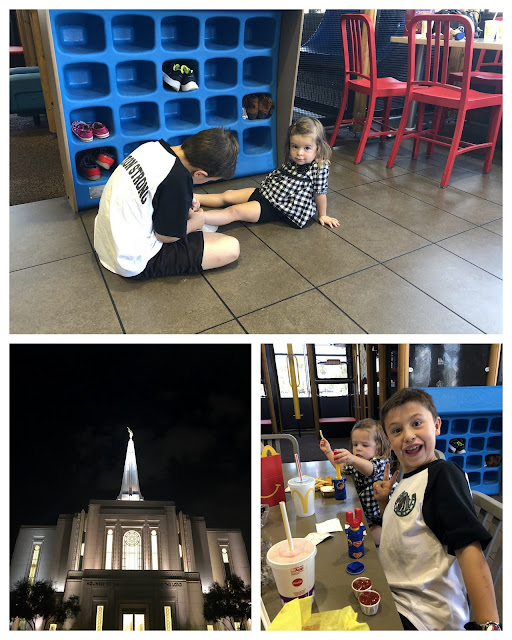 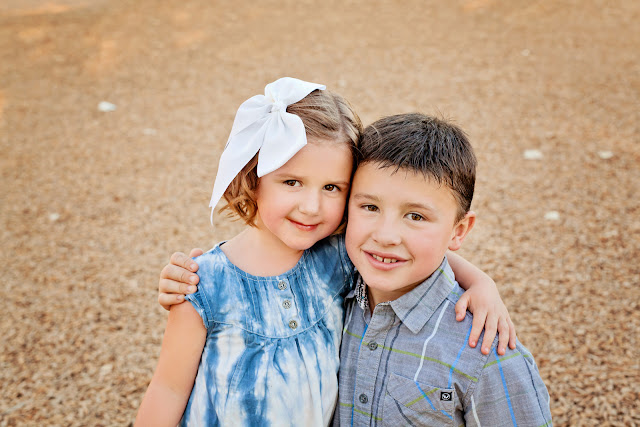 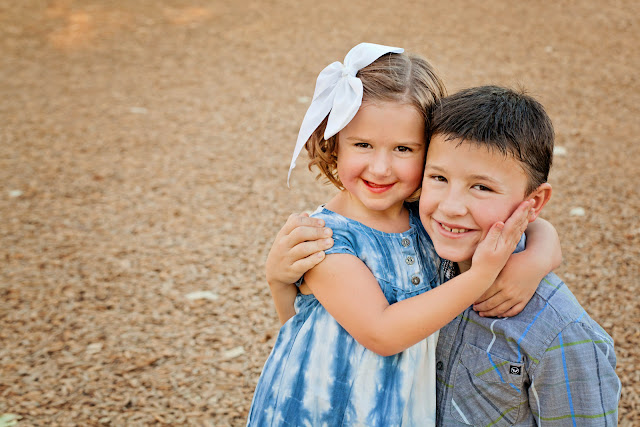 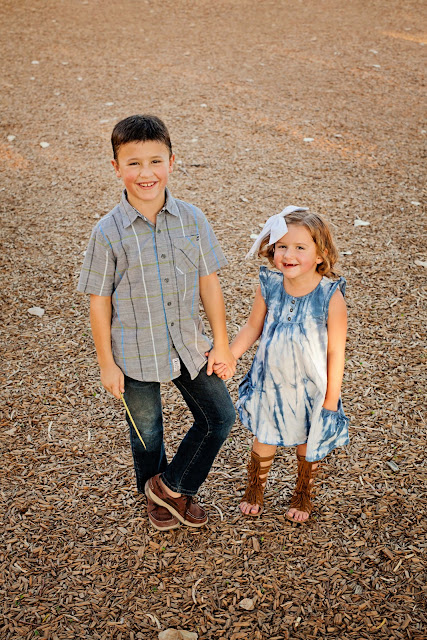 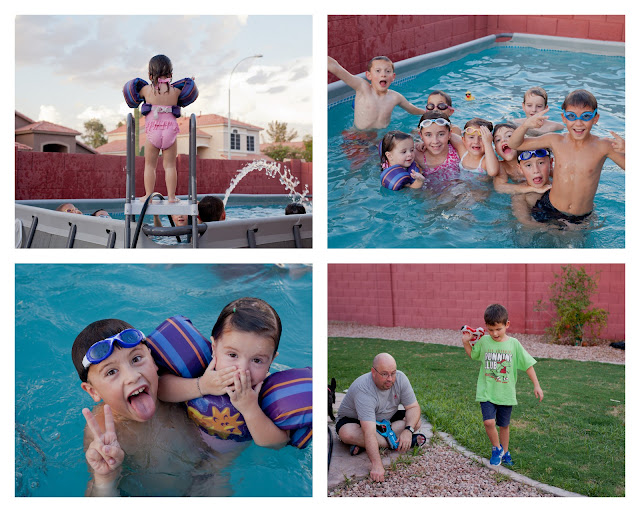 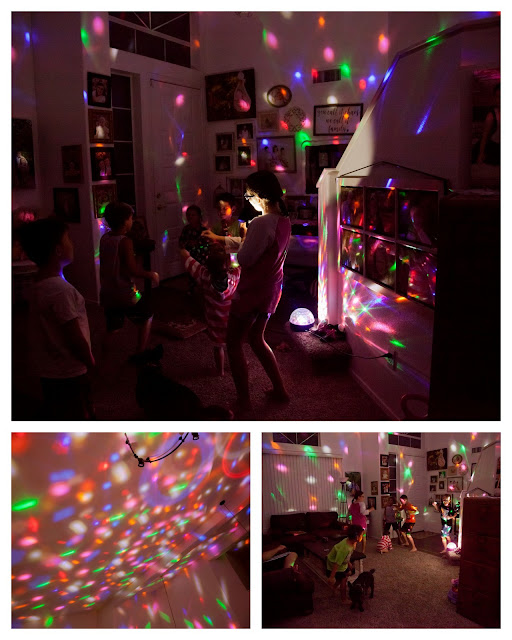 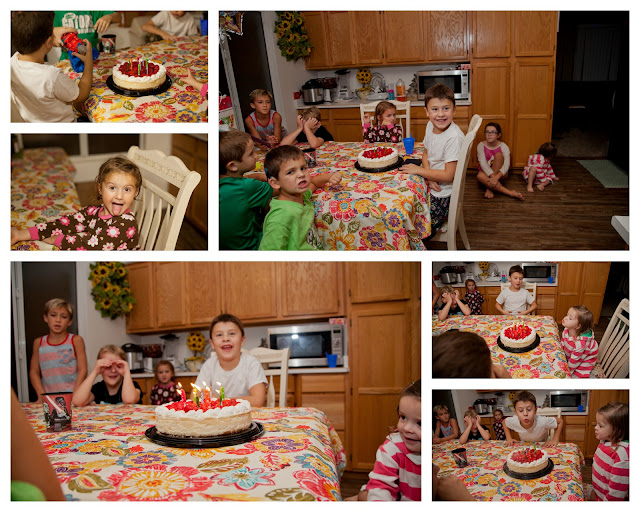 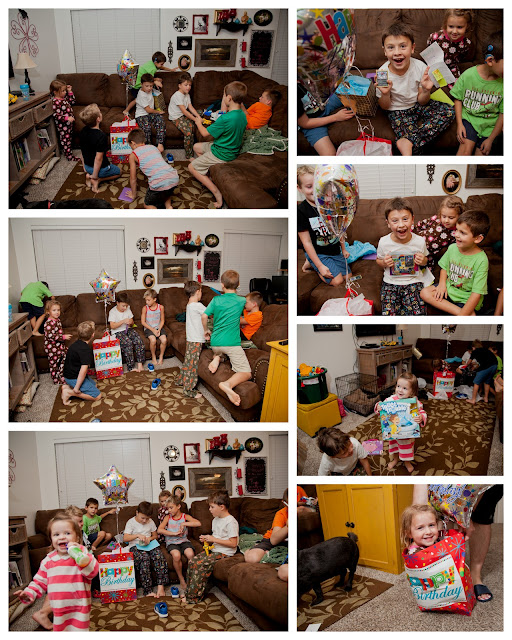 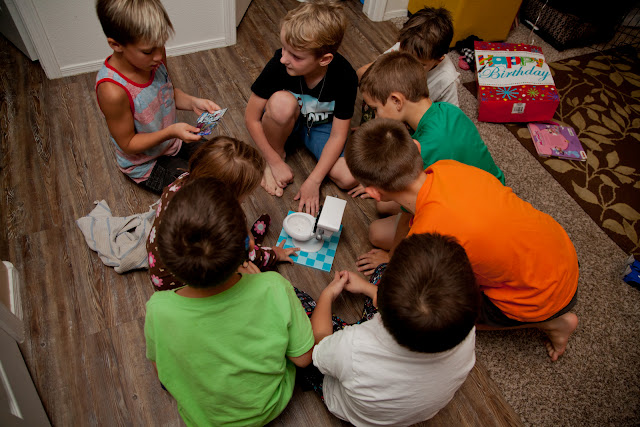 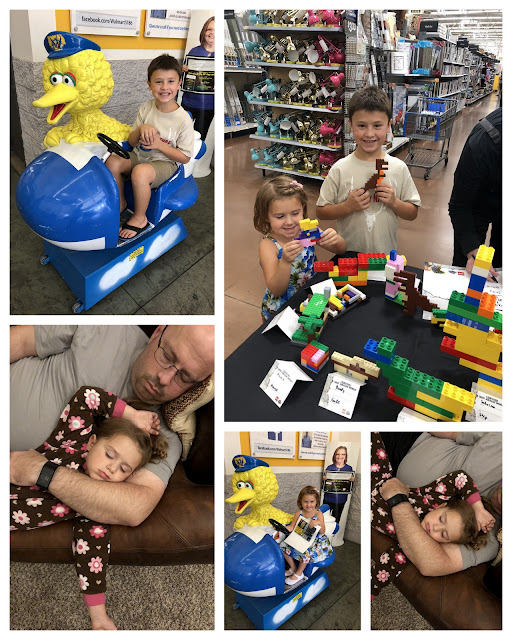 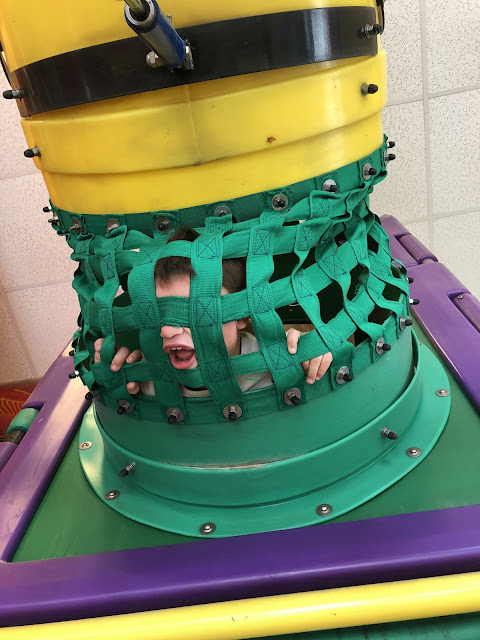 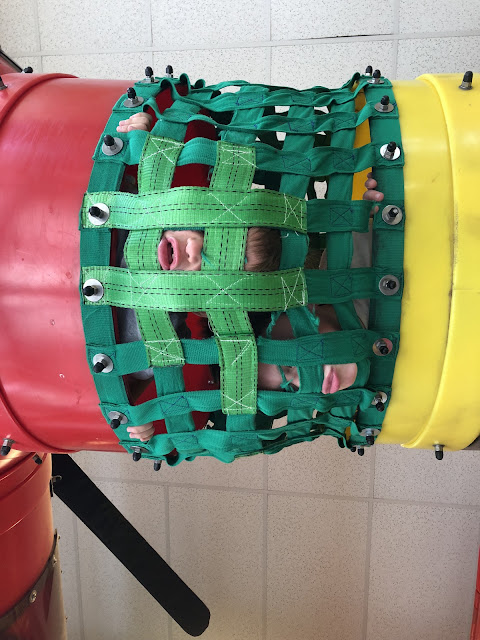 Tuesday the HVAC guys came back to fix our air conditioning (again). This time the crew was upstairs in the bathroom attic access point. The damage was not apparent until the guys started rooting around up there. Somehow...the duct work up in the attic melted. What? I asked how this could even happen, he shrugged saying this was the second time he's seen this. Lucky us. Of course, the damage could not be repaired right then. The crew came back (again, again, again, again) Friday morning to install new duct works. Since then the air does seem to be working. I don't want to jinx anything, so I'll leave the narrative at that.

This week Phillip waited so patiently for his birthday. He was over the top excited for Friday and Saturday. He organized a late night with four of his good friends: Anson, Ryan, Owen, and Jacob. Wednesday he spent a good hour writing down a list of the night's activities: eat snacks, play laser tag, swim, dance party, Legos, Pokemon, and a movie. I suggested he add dinner, gifts, and cake to the line-up! The party added quite a few decibels to the loud factor! Our house was rockin' and rollin' until after 10 pm. Anson was able to stay the night since he is FAMILY! Phillip loved his gifts: Pokemon cards from Owen and Toilet Trouble from Ryan. I am still not sure how Justin and Evelyn fell asleep with the party cacophony, but they did. Saturday we continued the celebration, I took him and Evelyn to Walmart to shop for birthday gifts. He chose a Lego Ninjago set, Harry Potter wand, a Grumble, and two Transformers. The Gumble was not a surprise choice: it's a toy that shakes, farts, and, burps when you make it mad. Josie is terrified of it. We sure love our newest birthday kid! I can hardly imagine 9 years have passed away. We celebrated both Phillip and Evelyn with a lunch treat at Del Taco. As seen above the kids enjoyed the play structure. Justin took the older kids to swim at Mesquite Groves pool before it closes for the season next week.

I had several nights this week to myself! What a treat. The kids in school all had curriculum nights, basically where you meet with the teachers who talk about their rubrics and rules. Tuesday I had 2 meetings and Thursday I had 3 meetings. Amelia's advanced classes added another meeting to the mix. Wednesday my second cousin Kayla (Tiffany's daughter) took out her own endowments at the Gilbert Temple. I was so happy to attend. I downed a 5 hour energy at 5 pm hoping to actually stay awake during the session. I'm happy to report I did stay awake...until 2 am. Ha ha ha ha. We stayed in the Celestial Room quietly visiting until the temple closed. Tiffany confessed she dropped a 6-week old John on the floor while babysitting us all one time. I've always wondered about that John boy....now I know.

Amelia and Evelyn got their summer hair trimmed. Amelia especially needed a trim, her hair does not do well in chlorinated water. Josie and I took Phillip out for a special lunch date on Friday. He was so attentive to Josie. He ate two burgers and medium french fry and apple slices and Josie's nuggets. That's a growing boy. Friday I got word that Amelia and Evelyn would not be allowed to attend school until I proved vaccinations. Amelia was easy, just had the dr office fax her record over. Evelyn I made her well-child appointment which "proved" I would get the vaccinations done.

Sunday at dinner Justin was telling the kids to stop growing up. Amelia immediately said, "What? Don't you want us to go to the temple?" Justin was totally trapped, smart kid annoyed her smart dad.