Potty Training and a Tween with a Phone 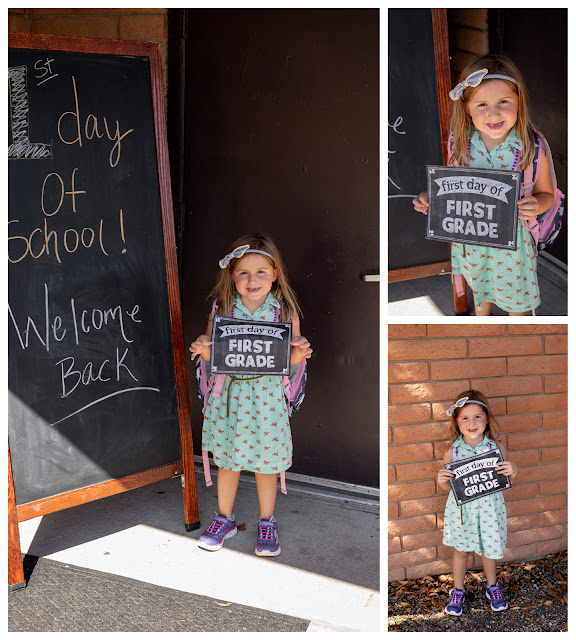 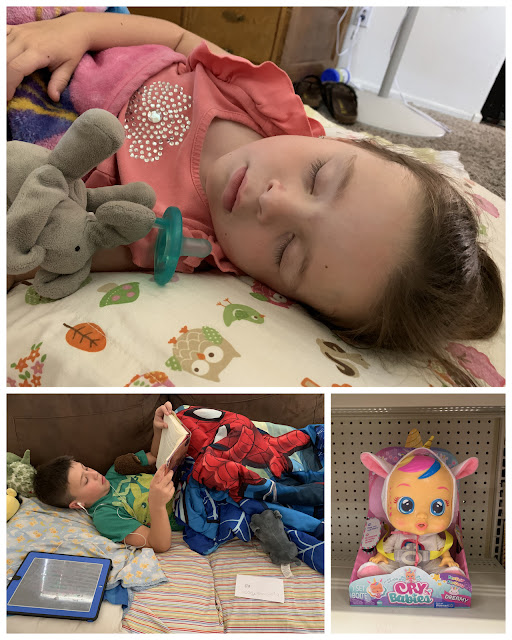 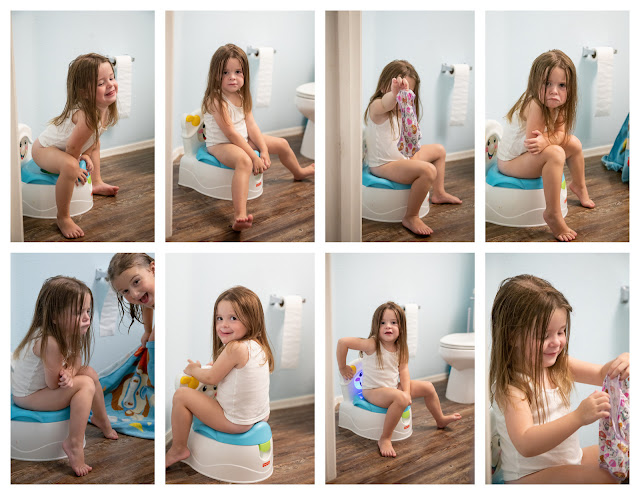 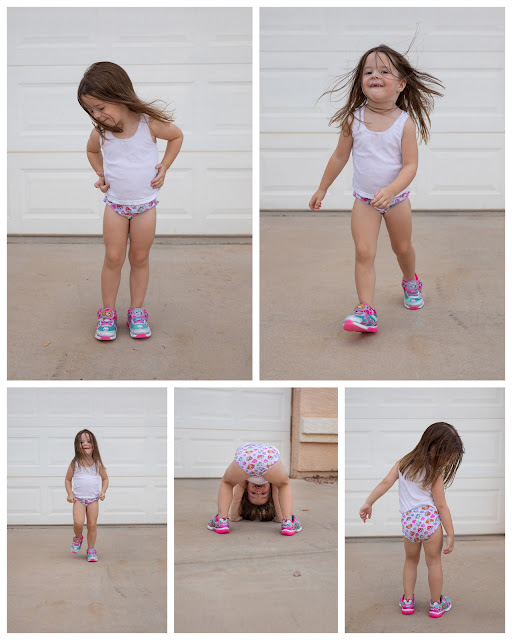 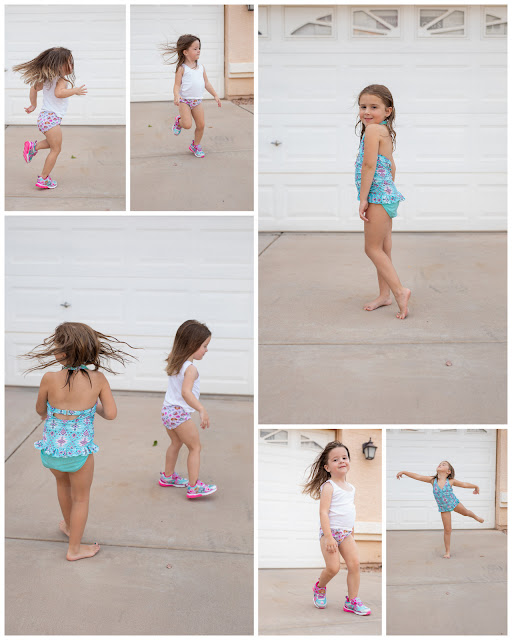 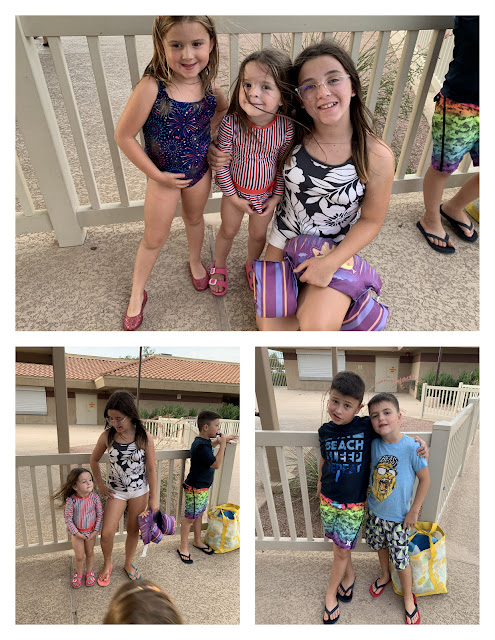 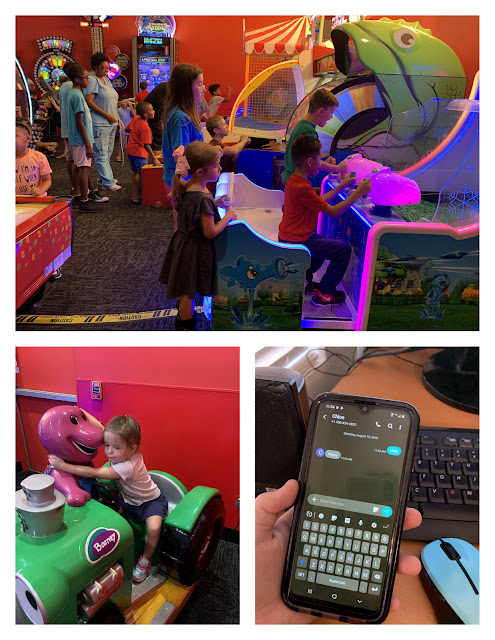 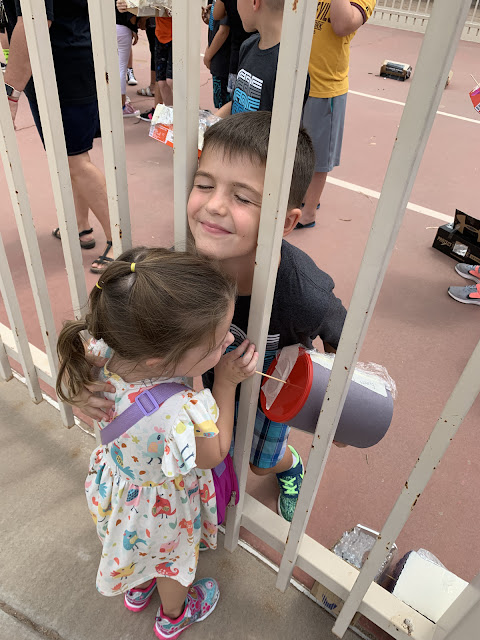 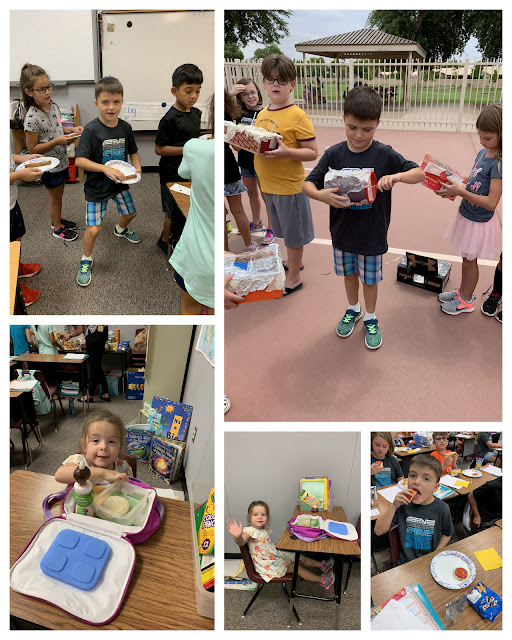 The potty training saga is going so well, I can hardly believe my luck this round. She did have one poopcident yesterday but mostly because she was so constipated she wouldn't sit down because it hurt too badly. I keep telling her to eat those fruits and veggies, they will help out so much sweet girl. After just a week I can say this little girl is trained! She even naps without a pull up and is dry most mornings. She's even acquiesced and wears undies now. Yay! She totally punked me during our Walmart trip this week. The kids ruined her potty prize by opening it as soon as I got it. At Walmart she found a cry baby doll, huge head, cries when binky is not in mouth sort of toy. She pointed doe eyes at me and said, "I'm a big girl now?!" She tries to punk me every week so this was nothing new, I caved this time.

Monday Evelyn started at the MEC (Montessori Education Center). She was a bit nervous but went right in a started playing. I don't much enjoy dropping her off and picking up all the time. I joined a carpool with two other mother's to cut down on all the driving. By mid week Evelyn was telling me she hated school, it was boring, and refused to attend school. After a short email to her teacher she had to sit out of an activity for chatting. One teacher told me Evelyn is quite the smarty pants, she scored higher than the older kids in many areas. Whelp, there went my worries. She has to take a home lunch and snacks, no sugar or nuts allowed. I'm grateful Evelyn really loves her fruits and veggies. Evelyn gets a good 30 minutes with me before we have to leave. Mornings are much more relaxed with the kids leaving at staggered times now.

I celebrated my 42nd birthday at home waiting for a tow truck to take the van to Tony's shop. Justin was sure the started was shot. The tow truck took 3 hours to arrive instead of the predicted 30 minutes, that was annoying. Course it finally came when I left to retrieve kids from school. We also got a second opinion on a new air conditioning system. The first quote we got totaled $10k per unit! Yikes. Our neighbor owns a small company so I had him give us a quote as well. His quote was $12k for BOTH units. Justin worked getting all the money in the right places. We received quite the wonderful miracle. The timing of this all lined up with our 2 year anniversary in this house, which means our house has appreciated enough where we can pull out enough equity without raising our monthly mortgage! Then the mortgage rates dropped so our payment went down $20 per month. The excess after taking out a loan is only an extra $5 per month. Talk about a large amount of money for suddenly assumed back into our house loan for only $5 more. Had we accepted the other offer I'm sure we'd pay so much more. Glad we were not in a hurry to get the unit replaced, now we're used to sleeping on the floor. Sonoma Ranch hosted a pool party that evening. The kids and I quite enjoyed a couple hours of evening swimming. Justin came for a bit then left early to take Mia home to finish her homework. She was still up past 10 working on math by the dim light of her chromebook.

Phillip finished reading 12 chapters of Harry Potter in one sitting! He spent the entire summer reading the first 12 chapters. He discovered audio books and had the great idea to reading the book words along to the audio version. He was so proud to finally read quicker than Everett. Everett is totally consumed with solar cookers. We made 4 versions of solar cookers this week trying to find the best version. We tried shoe boxes, pringles can, and pizza box styles none are actually fast cookers but take forever. The last version was the best, a variation of the shoe box with modifications. He made a can version as a school project. Now he really wants me to invest in a parabolic solar oven. Friday his class took their cookers outside to cook hot dogs in their ovens. Luck would have it that Friday was completely overcast! Some kids had condensation in their ovens but most did not. The parents ended up microwaving the food instead. Josie had a little home lunch she ate with Everett's class. Everett was so cute when we arrived. He gave Josie the sweetest hug through the fencing.

Tuesday evening I attended a very short version of Amelia's new school. I used Amelia's schedule and map to find my way around for a 10 minute visit to each class period. Amelia was worried I would not be able to find my way about! This mom is pretty good at finding my way around school campuses. It was nice to meet all of Mia's teachers and get an idea of what GCA is all about. Monday and Tuesday after school got me pretty worried about her survival, it seems extreme for a 12 year old to work like a college student. I spoke with my mom and realized I was in community college at age 14 taking general arts classes with 20-50 year olds...and getting perfect grades. I think Amelia just needs to do her math homework faster, the homework grades don't count (getting it done does), it's the tests that are graded and weighed against her grades. It's hard to believe a few months ago she was in elementary school, now she's jumped from this to THAT, a big that. I gleaned that her homework should take: 90 minutes for math, 15 for English, 20 for History, 30 for Science, 15 for Viola, and 15 for Latin each day (when they have homework), and grand total of 3 hours per day. Add in piano, YW, and just being a kid leaves not much wiggle room.

The kids got to use their library summer reading program reward on Thursday! All the kids earned a free book, state park passes, Peter Piper pizza reward, and a free basketball game. Evelyn was all over me begging to use their pizza coupon. Done! It was a good reward for all that reading. Josie used her tokens the fastest, she was done after 15 minutes. Earned herself a lollipop with her tickets. Amelia almost had to stay home but managed to finish her homework. Chloe was quite the distraction, the girls annoyed Zoe so much I had to take her home early. Amelia and Chloe were FaceTiming another friend while sitting next to each other, the feedback loop was terrible(ly) funny.

Friday night Justin took me out for a date! Wahoo! He is so thoughtful, he brings home flowers every other week! I love all the pretty colors decorating the sink bar area. We arrived just in time for our favorite sushi place, got there before the doors opened and before the rush started. Dinner was nice and quiet. We went to Verizon right after and purchased a new phone for Amelia. I had my heart set on a flip phone but those were terribly expensive. It was practically free to add a smart phone to our plan. We had quite the discussion about rules Amelia will have to follow. I had a birthday baby party to photograph so Justin tagged along! We had to wait a while, worked out well especially since I forgot the memory card. To end our date we watched Lion King, it was sort of boring, I've seen it so many times there were no surprises.

Saturday Justin got up early to get the truck and van inspected for emissions.  I started to rearrange the junk cluttering the garage. The HVAC guys needed access to the unit in the garage, so cleaning in the summer heat was unfortunately necessary. I'm not sure how the garage gets so cluttered so quickly, feels like the rest of my life. If I don't give something my utmost attention, BOOM, turn around and there's a mess. My cupboards are already cluttered again after my spring cleaning. When Justin got home we sat Amelia down. Quite sternly, Justin said: "Amelia, Mom and I talked about some serious things concerning you last night." Amelia was smiling out of nerves, so we stressed how serious the situation was. She stopped smiling until we told her about the phone, busting out our own smiles. She had to take notes on all the rules. Justin and I have an app that can remotely control her phone, turn it off, lock her out, track her phone usage, text messages, control downloads, and restrict usage of data. Pretty much turned her phone into a basic piece of nothing. She was thrilled! I'm happy to finally have a way to contact her about school pick up, ability to reach her at home when she's baby sitting, etc. Evelyn had her bestie Isla over. The girls played makeover...pretty much threw everything out of the closet! I deserved that after my years playing House and McDonalds. Evelyn is making sure her friends Taylor and Isla are still her friends. Isla's dad ordered us a pizza snack as a thank you. The kids swam most of the afternoon so the treat was much appreciated.