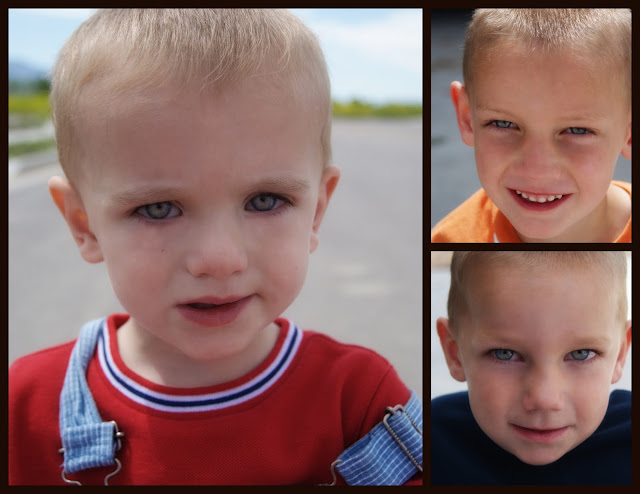 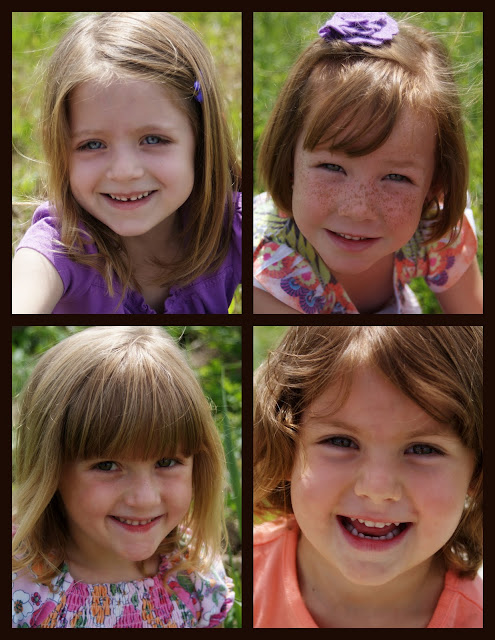 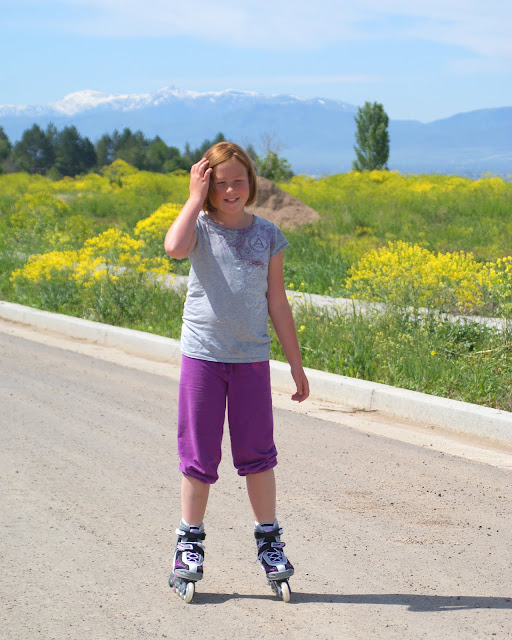 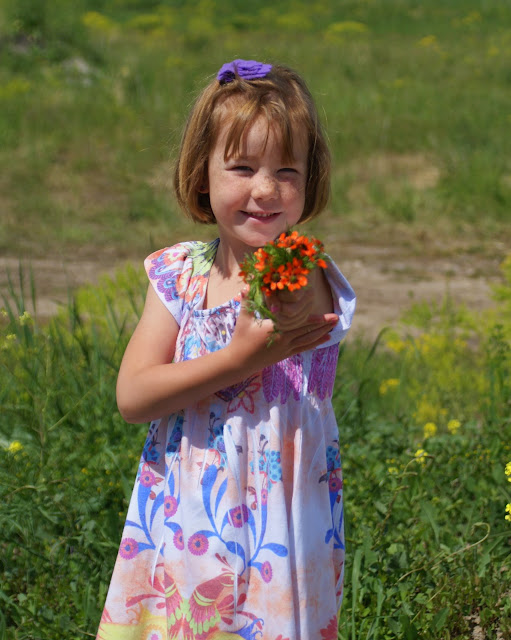 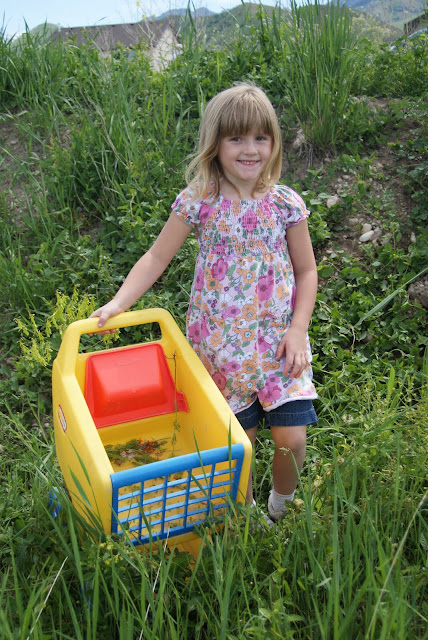 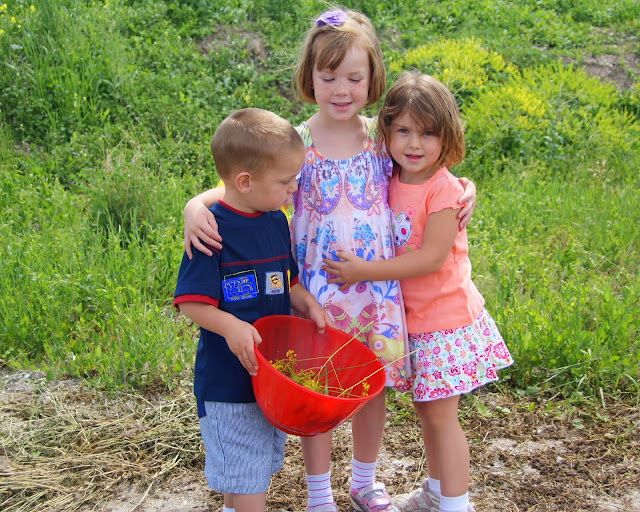 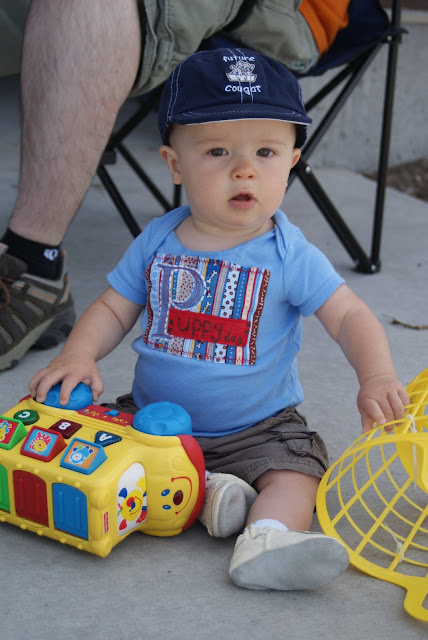 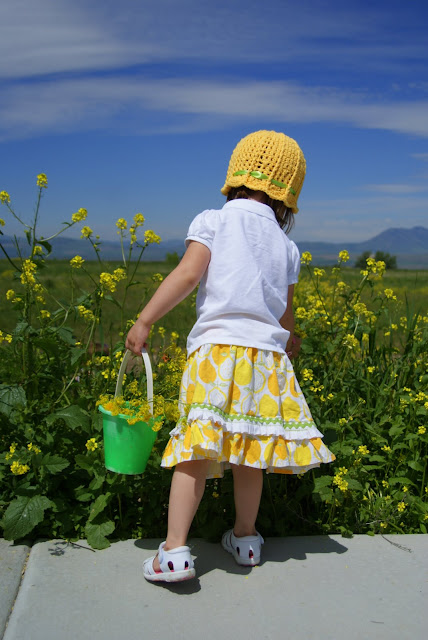 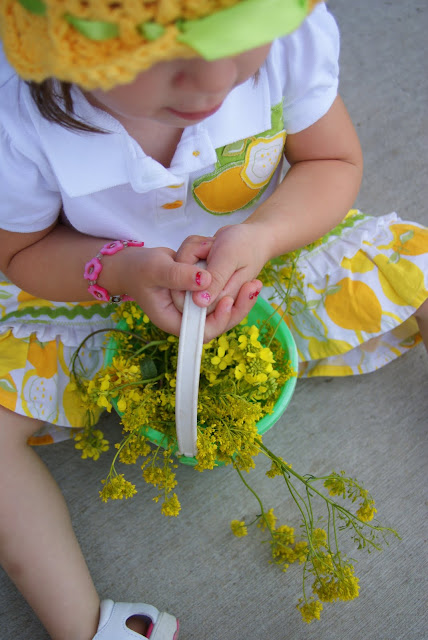 Scot and Raquel recently purchased a new home and were able to watch most of the construction phase. They moved in a couple months ago. We all journeyed up there to check out their new digs in Smithfield. Amelia decided to toss her breakfast right after we entered Logan. I barely had time to stick a cup under her chin before she chucked. She had three false alarms before this. Poor Ellie and Renee both had a nasty flu bug. Laura stayed home with Renee and little Anson for the day. We think Amelia's symptoms came per carsickness. Raquel has their new home prettily decorated. They have a magnificent view of the entire north valley. All the kids had a blast picking wild flowers, skating, biking, and playing with toys. My headache was still going strong much to my chagrin. The girls were so funny picking the flowers. Each found the best basket available to fill with flowers. I think Ellie stole the show when she found a shopping cart to pile her flowers in. Emma is about the cutest girl ever with the bluest eyes I've ever seen.

Grandpa Call treated all the kids to awesome kid's meals at McD's for lunch. Amelia is still to chicken to wander in the play areas, she watched her cousins from afar. I must admit a love affair with McD's diet and regular coke mixed together. It is hard to stay away from that devil juice.

Next we were off to the Fun Dome (or whatever it's called) to play in a soft tunneled/slide house thing. Pretty much take the McD's play area and multiply by three. Amelia loved the shake your booty video arcade next to the play area. I finally convinced her to enter the play area. She followed me around whimpering most the time. I think we went down one twisty slide together. I managed to slip away for a moment to check out DownEast Outfitters for some new undershirts. 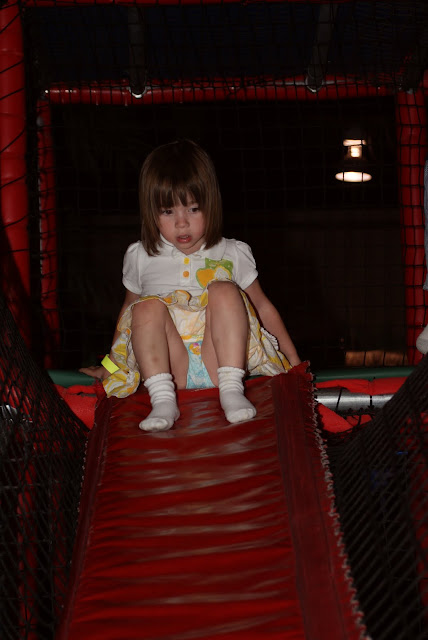 While everyone else went home we stayed to visit my grandparents in Wellsville. My poor Grandpa is not doing so well, he needed some serious cheering up. I am not sure we helped much, but having two cute kids to cuddle seemed to lift his spirits a smidgen. My Aunt Mary is in the final stages of Lou Gehrig's disease. I nearly cried when we visited for a couple minutes. She seemed to be doing better than I anticipated but is still in a lot of pain. I think seeing our kids made her day as well. Grandma B and I made spaghetti for dinner, Amelia's favorite. Plate lickin' good! This year my grandma got 8 hens and a rooster. We watched the birds peck and scratch around for quite some time. I enjoyed watching them as much as tropical fish in a tank. 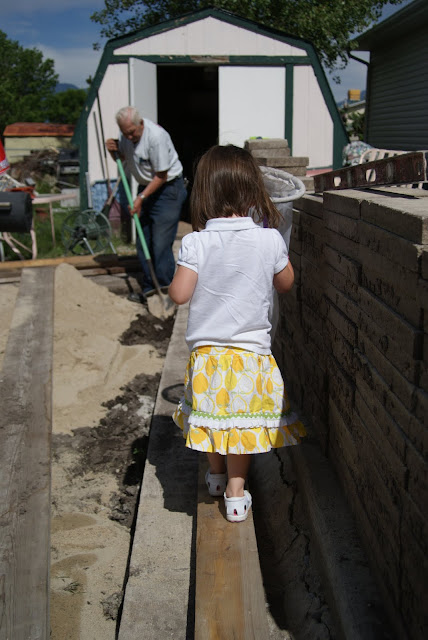 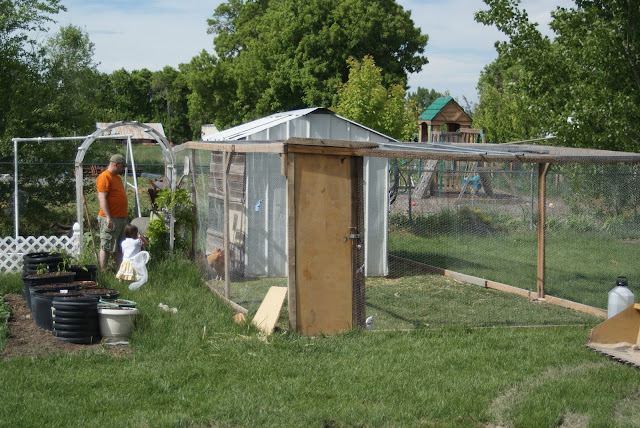 your photos are amazing!! the colors are better than real life!! i was a little dissappointed that one of the posts was not called Hotel Reagan, though!! HEE HEE