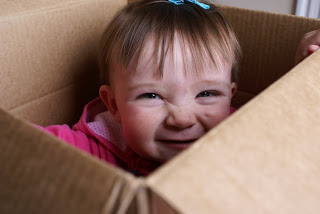 The big news this week is that Justin was asked to travel back and forth to Berkley, CA starting the last week of April through mid-October off and on. I think he will be gone about 11 weeks during that time span. We were not very happy with the circumstances of the demand to travel. Originally, the firm wanted him to travel each week for six months but he was able to reduce that by more than half. Because he will be gone so much I may go to Disneyland for a week with Miekka and her family and plan a trip or two to Gilroy. Maybe Scott and I can do some fun photography sessions!!!
Diana flew out here on Wednesday to spend some time helping Raquel, Scot, Emma, and new baby Elijah. Raquel was very stressed out trying to divide her time between home and the NICU. The hospital finally released him on Saturday to go home. He is doing well on an oxygen machine. Raquel said little Elijah sleeps a lot and eats just as much! We cant wait to visit him. I helped my mom check out a used digital camera (SLR) later on that evening. Dad wanted them to have a nice camera to create a new hobby for the boys. I am going to give them some camera and photoshop lessons in the next couple weeks.
My project this past week was making summer hats and hair pretties for Amelia. I learned how to make lined alligator clips and cute boutique bows from this cool website: http://bowdesigns.50webs.com/index.html. So far, I made two crocheted hats and about 12 new hair clips. They are majorly cute!!! I was so excited about one of her hats that I made one for myself. Now Amelia and I have matching white hats!!! My project for this week is making some tutus and fairy wings.
Friday evening Justin, Amelia, and I went to his mission reunion. His president is from Florida so he only holds reunions every 5 years or so. We sat with about 5 Elders he served with and ate dinner and snacked on peanut M&Ms. One guy put together a fun slideshow of the missionaries from that time frame. I think Justin only showed up once! He spent about 8 months of his mission in the office. Amelia loved watching all the kids running on the cultural hall stage. She was literally squealing with delight. I really enjoyed seeing another side to Justins pre-Jenni life. The spirit of the mission was strong and compelling. I met a girl from Brazil there so practiced some Portuguese on her.
General Conference was very inspiring. I felt a little underdressed for the solemn assembly Saturday morning. I thought it was Sunday morning so was not prepared. Still the pervading spirit of the sustaining of our new prophet was memorable. I remember sustaining President Hinckley quite vividly. Justin and I both commented several times how the mantle of prophet is quite evident now in President Monson. His demeanor and even the way he spoke seemed more assured and spiritually determined. I love conference because my spiritual batteries are recharged. Hearing the talks given reminds me how to be a better person, wife, mother, and daughter. I am so grateful for the gentle and sometimes stern reminders to live righteously. During sessions on Saturday we picked up Justins new backpack from REI and had a quick lunch at Noodles and Co (all because I had a coupon). During the afternoon session Amelia was awake so paying attention was a bit harder. I put Amelia in the box that Justins pack came in as a diversion. She thought that was pretty cool. Then we put her inside the packwhich was okay until I put her hands inside the pack and she slid to the packs bottom. I got some pretty cute pictures. She also pulled herself up on the TV cart ALL BY HERSELF. Amelia was beaming with happiness once she succeeded in pulling herself up. Once she was standing up and two inches from the TV monitor she started to conduct the music the MOTAB was singing.
Sunday afternoon we drove up to Charitys to visit Grandma Diana and the cousins. Amelia was enthralled to play with her cousins and Aunt Charity. The weather was really nice after conference so Charity and I went on a walk around her new neighborhood. Good times.
Justin noticed that some strange charges showed up on our bank account this weekend. After tracking the charges and noting that all were made with my checkcard we called the bank. It appears someone stole my card number and was making internet purchases with my card. Extraneous charges showing up on our account was strange enough. Today I got a package from one of the purchases made unbeknownst to me. I wanted to laugh at the incredulity of the whole situation! At least one of the items came to me instead of my credit card intruder! Whoever stole my card number is an idiot.