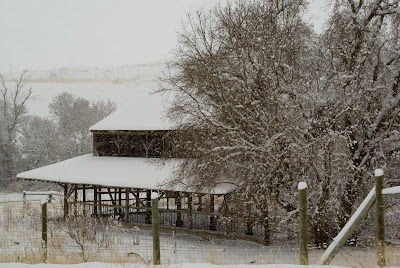 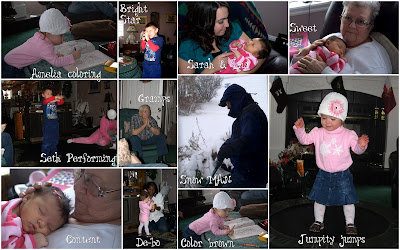 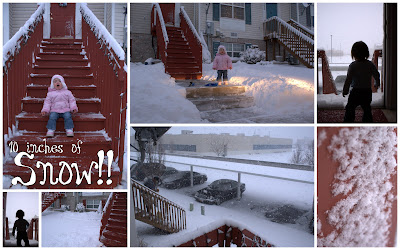 Friday was awesome! A powerful storm was brewing all night and morning. The winds literally howled and snaked its way through every crook and cranny in our home. About a month ago Justin boarded up a vent that goes straight into the laundry room...that helped maintain some heat the basement but not much. I went out to dump the trash around 9:30 and the bags were flying straight backwards the wind was so strong. It was a very Mary Poppinish feeling. I had two fun photo sessions Friday, with my good friend Jess and her family then Malisia and Kate in the noon hour. Jess' brother was so fun to photograph; he has a very kinetic personality.

If you want to view my "fropessional" photos I have a blog specifically for that. It is public so should be easier to view. I am NOT quite done with production but the new blog should be viewable sometime this week.

The snow fell all afternoon. Amelia and I took a nice, warm, snugly, nap together enjoying the soft light and snowflakes dancing past the window panes. She helped me shovel snow by sitting on the steps howling with irritation. She did rather enjoy watching the snow from inside with the door open. I felt home around 5:00 to pick up a pizza for dinner and two Red Box movies. Lazy, I know but so, so convenient. My phone was left at home. Justin nearly pounced on me when I walked in the door stuffed with worry. He thought I was out splayed on the roadside for some odd reason. We snuggled on the couch watching Hell Boy II. It was pretty awful. Don't bother with that flick.