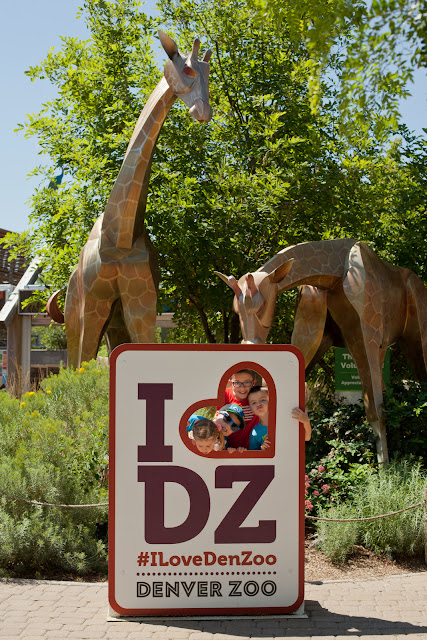 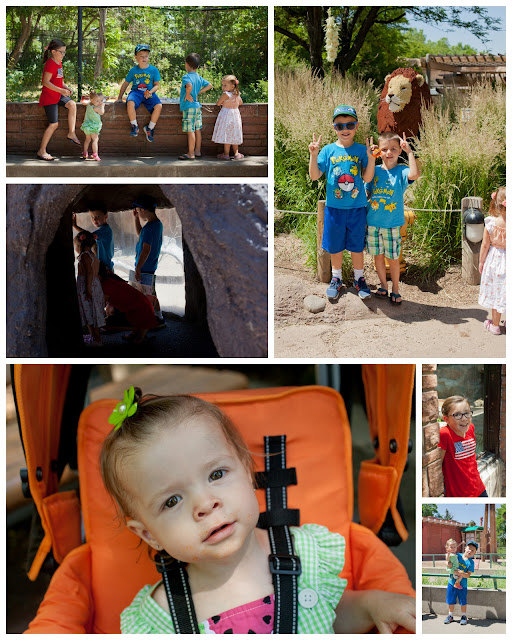 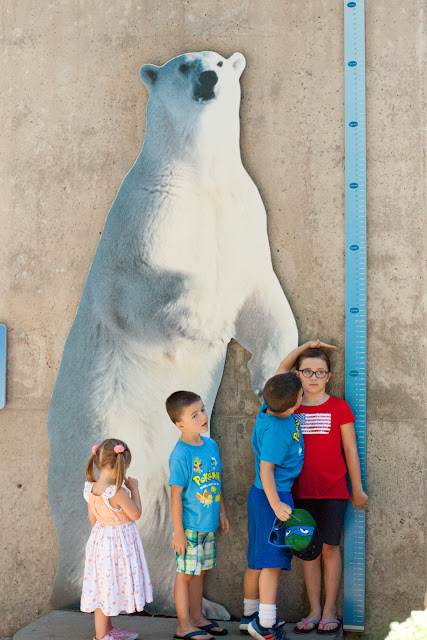 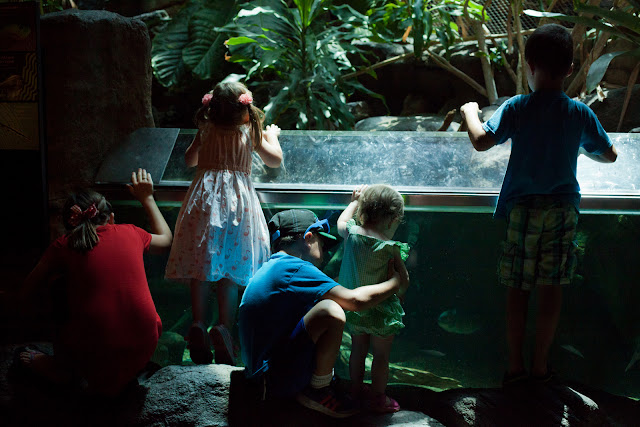 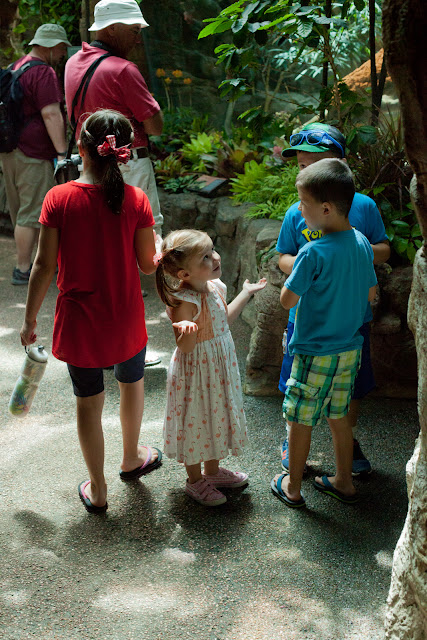 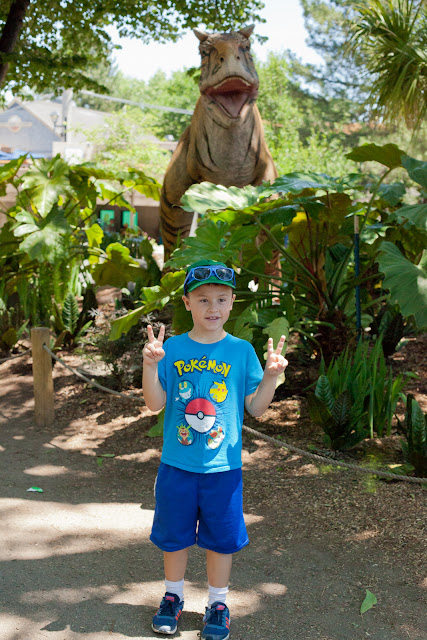 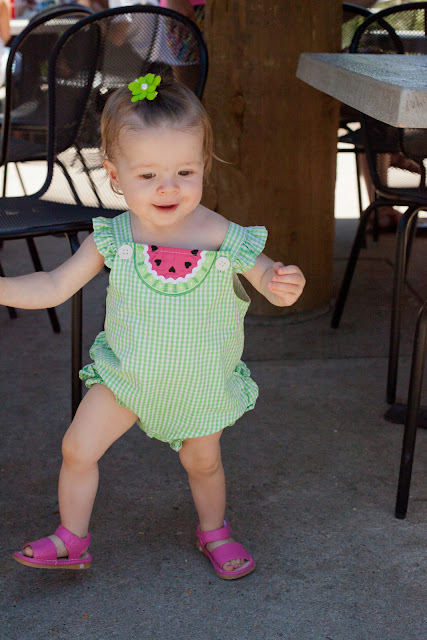 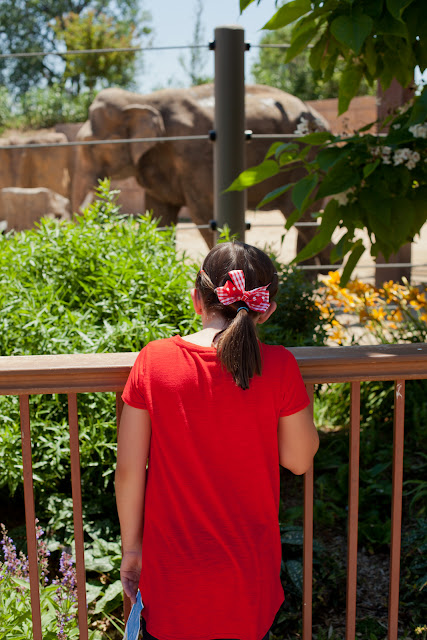 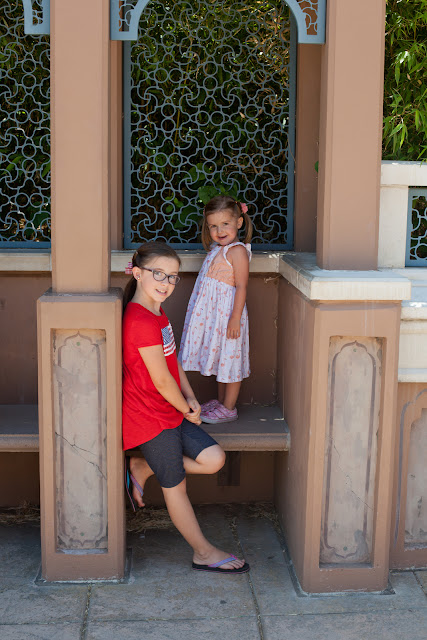 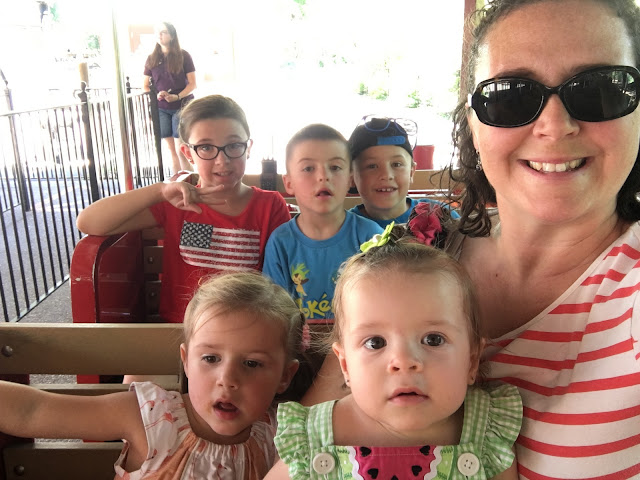 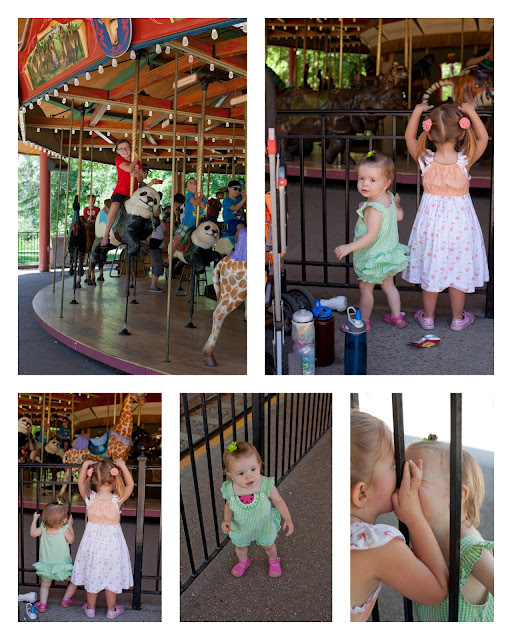 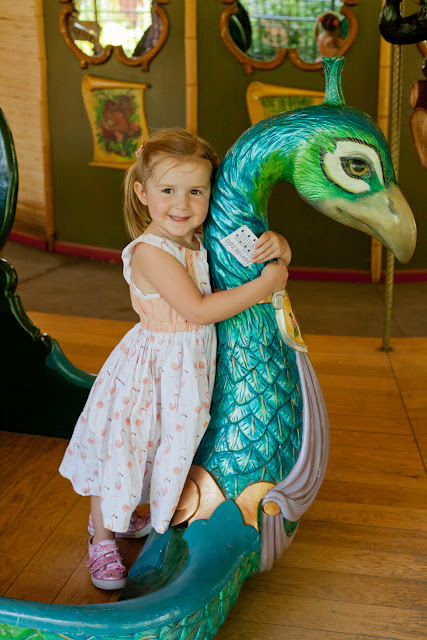 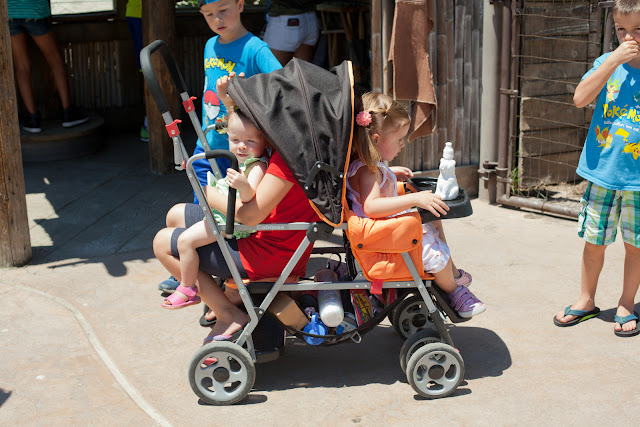 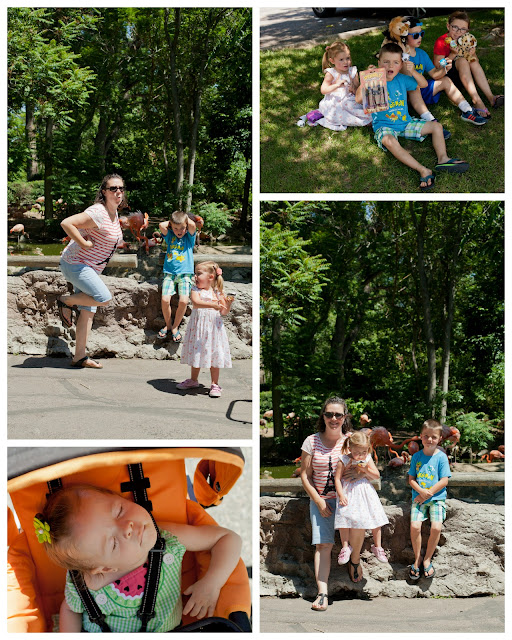 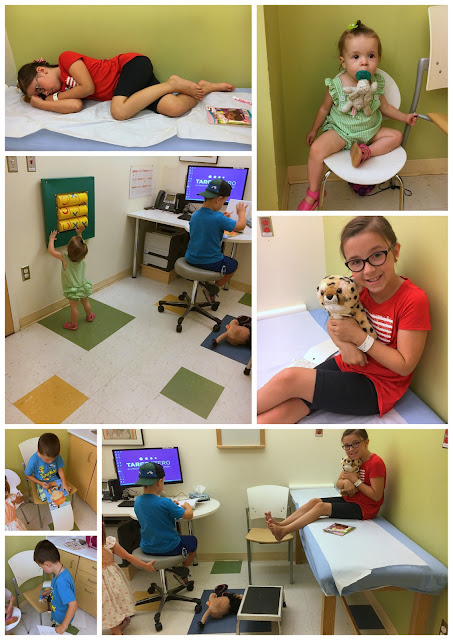 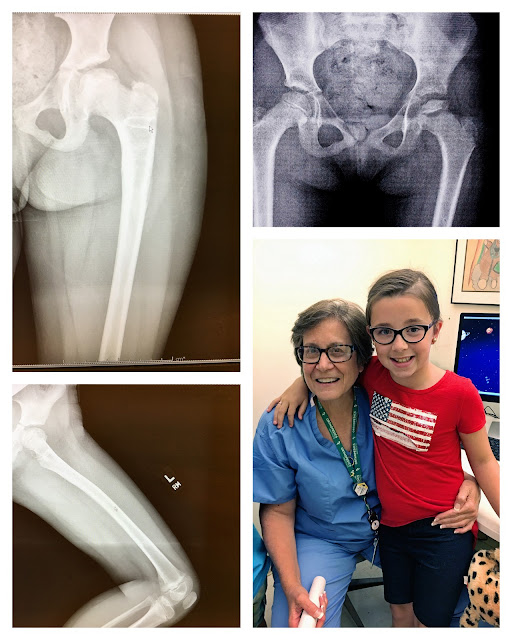 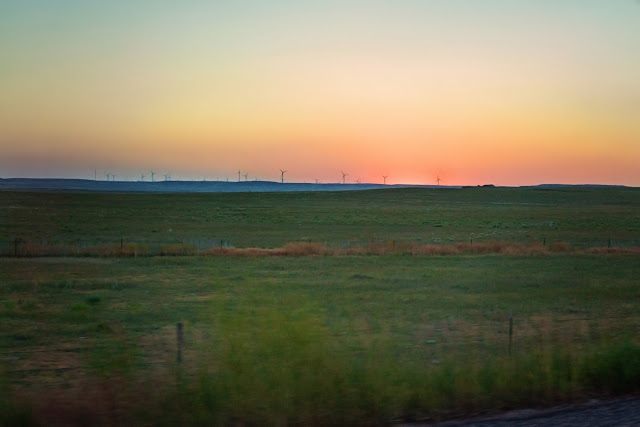 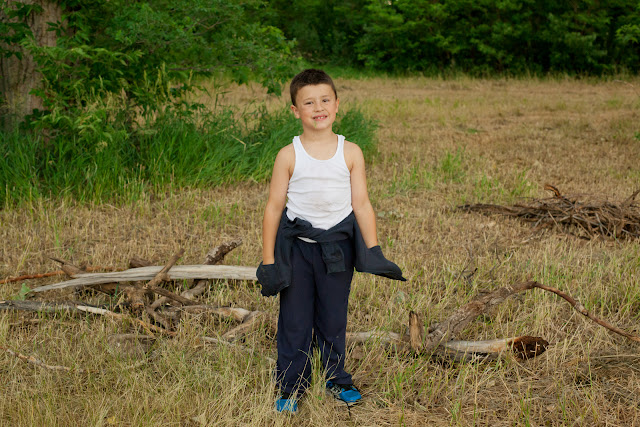 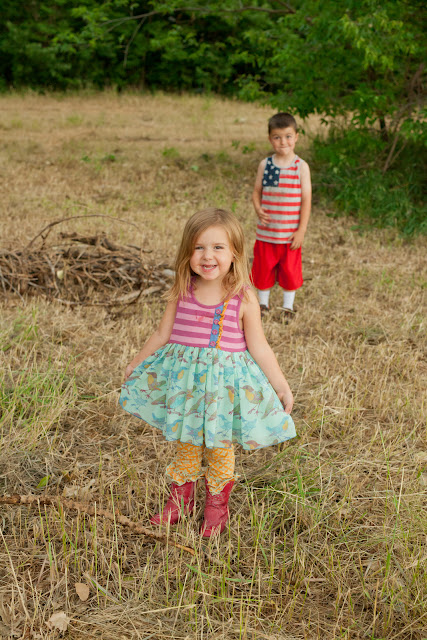 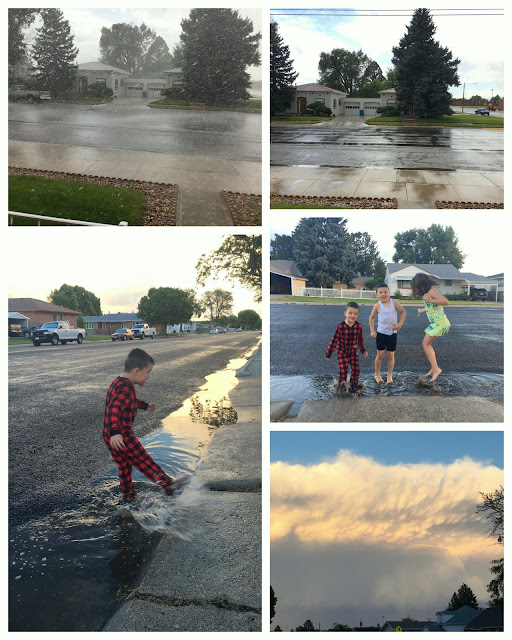 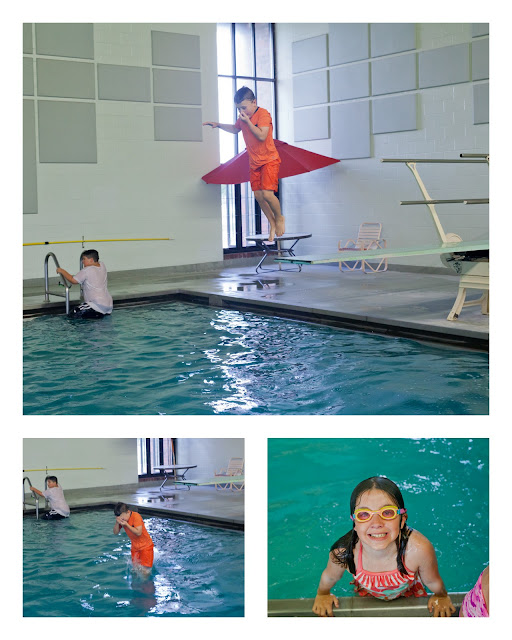 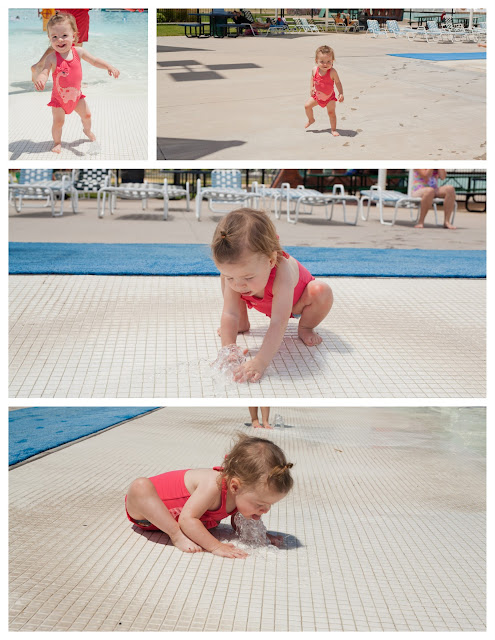 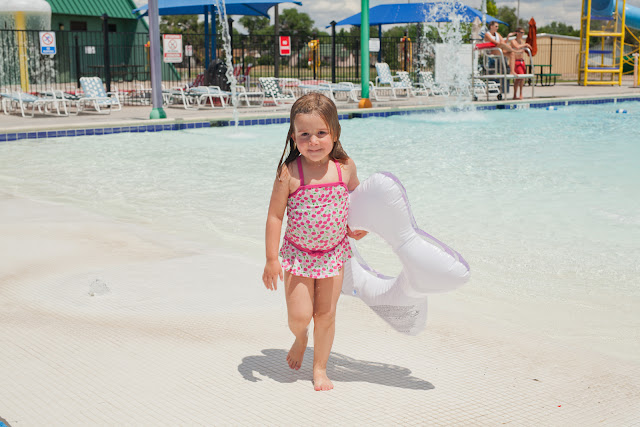 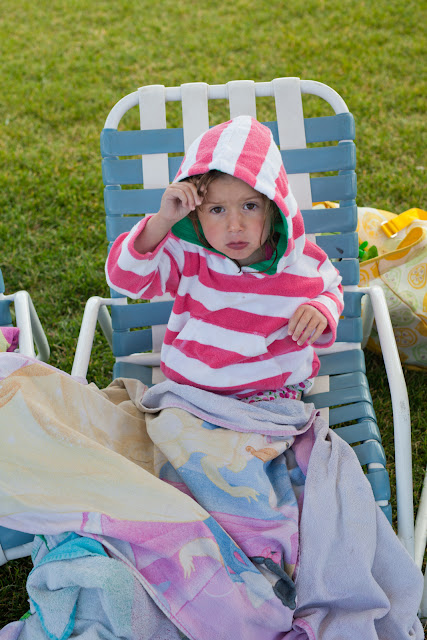 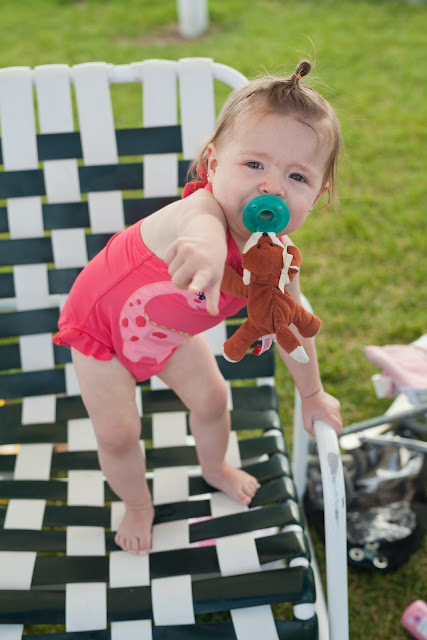 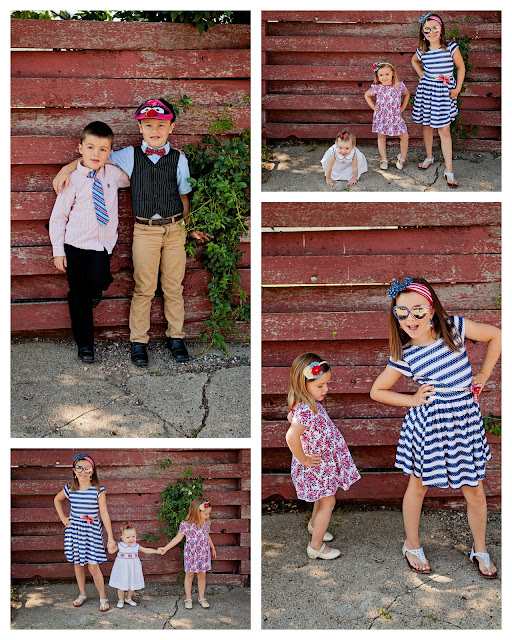 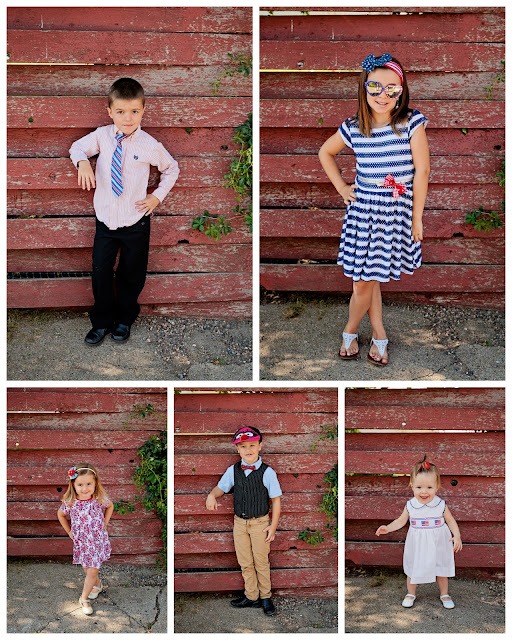 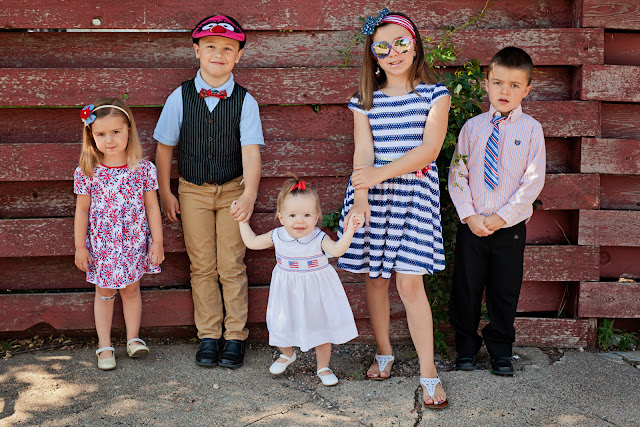 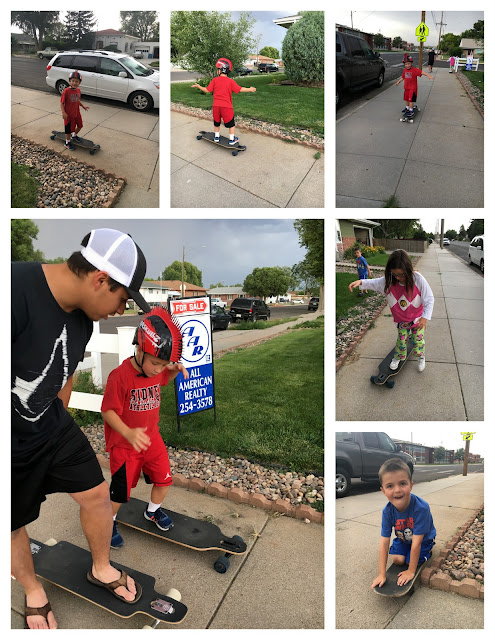 We finally made it to the Denver Zoo. It's been on my bucket list for 8 years now! Mia had a late Dr appointment at 3:40 pm so we made the most of the later time. We left Sidney at 7:30 am, I'm pretty proud we made it out of the house by then. The zoo reminds me of the Hogle zoo in Utah, relative same size and feel. Amelia was intent on seeing the cheetah, otters, and tiger, mostly the cheetah. We lucked out that the temperature was in the high 80s, bearable (lol). I really enjoyed the Tropical Discovery center. All the kids seemed to gravitate towards the bat exhibit and the komodo dragons. We got to see the baby giraffe Dobby nurse off his mother, as Evelyn exclaimed: Just like you mom! Yep! Just like me. Due to timing and bad planning on my part we ate lunch at the zoo. That was a mistake I'll never make again. Cost us more to eat lunch than to pay for entrance. We made the most of the experience since it was quite singular. The kids settled on an Asian cafe, getting rice bowls for Mia and I and burgers for the boys, chicken nuggets for Evelyn. While we ate lunch the one-horned rhino showed off his stuff. We saw him poop (much to Phillip's delight), take a shower, swim, and eat. By this time we were running out of time so the kids decided to ride the carousel and train, check out the cheetah, and visit the wish (gift) shop. All the kids brought along their hard-earned money to get a stuffed animal or other souvenir at the shop. Mia was close to tears that the cheetah was napping somewhere we could not see. Josie was so tired she fell asleep sucking her lower lip while the kids shopped. We only got to see about half of the zoo, we missed the primate area, bears, sheep, etc.

We barely made it to the hospital with a moment to spare. Amelia's name was up after I took the kids for a short restroom break. No worries, the kids made 6 other visits to the restroom to catch up. Dr G looked at the newest x-ray and declared Amelia could run, jump, walk, do whatever her little heart desired as far as using her leg. Yes! My eyes filled with tears as I admired her newly grown bone around her femur head. I could hardly tell that the joint was disfigured. The regrowth phase finished her off with a smooth, relatively round femur head. Compared to what she started with almost two years ago the recovery is nothing short of a miracle. Dr G said from here she needs an x-ray in 6 months, then once a year to monitor further growth and development. She seemed to think Mia might even avoid a hip replacement until well into her 40s! Our hearts were quite full as we pondered this miracle. Mia has endured so much for one so young. She bore her testimony this morning, saying how grateful she is for the trials in her life. The rest of our trip home seemed long after our exciting day. We stopped at Ft Morgan for dinner and a trip to Walmart. I was looking for new boosters for the boys. The mifolds we got are too much of a hassle for the boys on their own. I am constantly having to adjust them and rescue Everett when he gets tangled up in the seatbelt. I found a brand called Bubble Bum, a sort of inflatable booster made of the same foam in camping pads. Instead we walked out with dog food, some shoes, and Barbie movies.

I took on a few photo sessions to earn some quick money. This week I had two on Wednesday, four on Thursday, and one on Friday. The kids tagged along with me on Wednesday. The boys kept themselves entertained gathering sticks and branches, seeing who could gather the largest pile. It was quite humid outside with rain threatening at any moment. I had Josie in the front pack but was sweating so badly I had to confine her to the stroller. We had fun playing with Kaci Mae Markum for her first birthday pics, then Lucy Davis and her family. Amelia was off to swim with the Activity Day Girls. Their swim day got cut short, like only 10 minutes in the water due to lightening. My light was quite terrible for the Davis family. It rained hard for a few minutes, then cleared up becoming lighter outside than it was the prior hour. I sewed up a cute little dress using some African printed fabric I scored on my mission. We have a family from South Sudan living in Sidney. He is a PA at the hospital working in the ER for until his residency is over. His wife Biella came over Tuesday morning to see the fabric I had. We had such a fun visit. Her baby, Faith, is 6 months old, so chubby and sweet. She kept me so entertained. Her boys are also the same ages as Phillip and Everett. We enjoyed a fun hour visiting with them.

This week several quick, furious storms ripped overhead. One moment it would be gray, the next black, the next hail and rain, then sunshine. The kids quite enjoyed the thunderstorms! After each storm the kids donned swimsuits and splashed in the gutters. One rainstorm came right after baths, Everett went out to splash in his PJs while Phillip ended up stripping down to his skivvies (thankfully black shorts). Best fun for a summer evening! Evelyn has confined herself to the house until after the 4th of July...she is quite allergic to fireworks. She tells Justin everyday over the phone several times about the fireworks. Phillip found her pink ear muffs, she wears them quite a bit now in the evenings. Our town turned into a fireworks show every evening since Monday and will continue through the 4th of July. Josie is quite undecided over the racket the fireworks bring. She jolts in my arms every once in a while. Everett tried to ride his scooter in the rain, instead he slipped and banged up his foot. He was quite insistent that his foot was burning so his bones were broken. He hobbled about on Mia's old crutches for the rest of the evening. He made a miraculous recovery the next day, walking and running without a broken bone in his foot.

We had quite a good laugh one evening when Josie toddled toward me jabbering, her knees bouncing high, and a slobbery grin. She is quite the jabber mouth these past few weeks. She like to say uh oh, dis, these, and other words that sound nonsense.

Kelly Bilbrey watched the kids Thursday evening while I photographed the 4 sessions. I was so glad the Betony clan all came together for family photos. I've bugged Nora for years to come get her family photographed. They all wore turquoise shirts and jewelry! I got to photograph pretty baby faith and her three brothers. Last on the list was Jamie Parkin and her family. They held honky pig captive, I left him at the field where they took him home. Wonder what I need to pay to get ole honky back. He is my prop used to grab kid's attention.

Friday we went to Sterling pool with Sheena Jensen, her kids, and another gal and her kids. Phillip and Mia spent most of the time inside jumping off the diving board! Phillip passed the deep end swimming test with flying colors. He mastered the cannon ball and jackknife move. I giggled as he covered his eyes each time he jumped in. Evelyn scraped her knee and drew a bead of blood. She collapsed and refused to use her leg for the rest of the day. I think Everett's performance the prior night influenced her response. She also recovered nicely once she forgot about the bandaid. It was a bit chilly that day so Josie did not last very long. Instead she skirted the water, preferring to toddle about. She did learn to lick the water spouting from small pipes in the zero entry area. After Evelyn's injury her friend Leah took to pulling Evelyn around the wading area in her star floatie. That's the life right there. Sister Christian watched my clan while I took Ashlyn's senior photos. I think they had fun since her house is a full blown daycare and preschool center.

The boy's finally got their wish to purchase some fireworks. Evelyn attended her first friend birthday party. Miss Clara turned 4 last week. Her older sisters organized a lovely super hero party for the birthday girl. Evelyn was tickled pink to bring home a mask, cape, treats, and lots of memories. I hear Clara stood up to give a speech. That girl is so smart and loquacious.  Since we were near Walmart we stopped to load up on 4th of July ingredients and fresh fruits/veggies. After shopping we stopped at the Haley's fireworks stand to buy some items. Ella helped the boys shop, convincing them without much effort to buy all the good stuff. She was good! We spent twice the amount I allotted the kids of $30. Amelia said, "mom, not to be rude, but how are we going to fire off these fireworks without Dad here, since you don't know how to set off fireworks." Well, little girl, I guess you will witness my pyrotechnic skills soon enough. Layers, layers like an onion...keep that husband and those kids guessing. I was quite in a stinky mood Friday evening and Saturday. Just feeling frustrated and angry over the Arizona house hunt. Justin offered on a home Saturday evening. We offered on another home this week and were immediately outbid with a cash offer. I am not about to get my hopes up again. We heard back this evening on the offer, the owners want their original price and less closing costs. Per comps in the area the house is over priced based on square footage price. Time will tell.

Amelia now really enjoys dressing up for holidays. She put together a fantastic outfit for church. She inspired the boys to also dress up with red, white and blue colors. Phillip's outfit was pretty styling, complete with his Animal driving cap. Everett thought orange was close enough to red so let his shirt fly as the American flag colors. I was tickled pink with their outfits. Phillip walked into church with a cloudy white rock clutched in his hand. He claimed it was the rock of Ammon, he took it to church to show his teacher. The Elders came over this afternoon to look at my working computer. It started to randomly shut off during the night a few weeks ago. One of our current Elders is quite a talented computer tech. The Austad boys came over to be the priesthood presence while the missionaries were here. Both Josh and Jakob played with the kids for over 4 hours, well after the missionaries left. We fed them french toast and sausage for dinner. They introduced the kids to long board skating and shot off some of their fireworks for us. The boys were in complete heaven! Everett especially loved Jakob. I caught them playing an imaginary game using alter egos and number codes. Jakob was using texting lingo as his passwords, like loling or tgif. Everett was completely oblivious, thinking his code was magnificent.