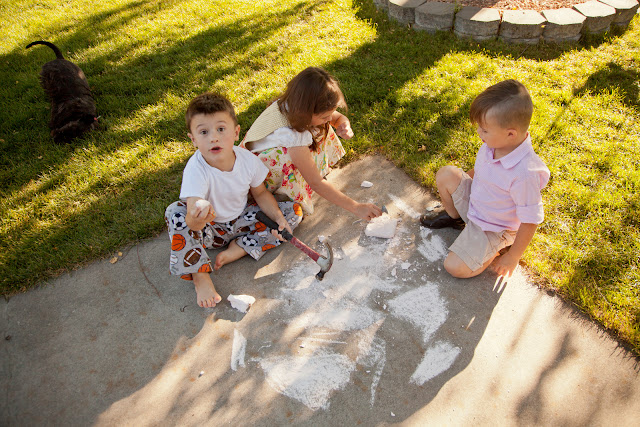 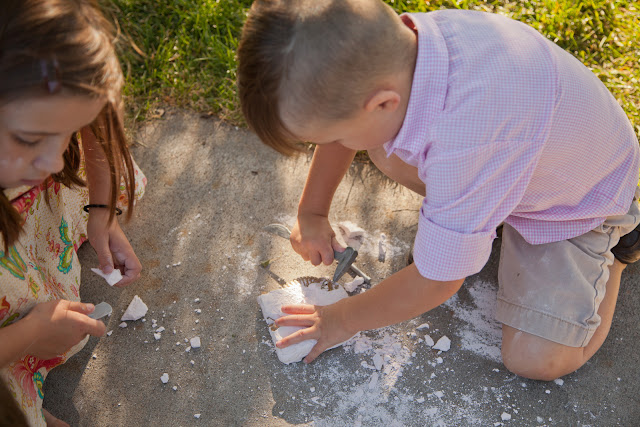 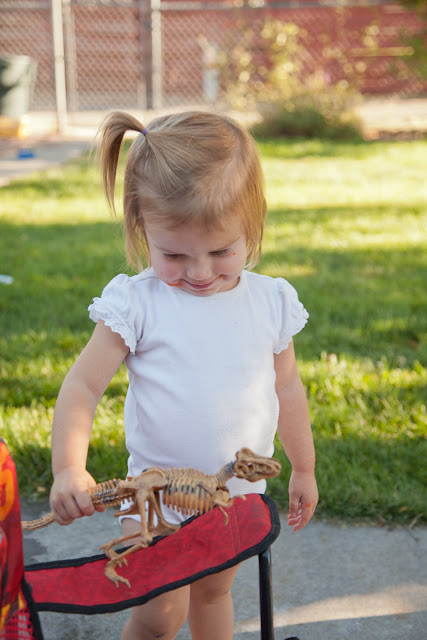 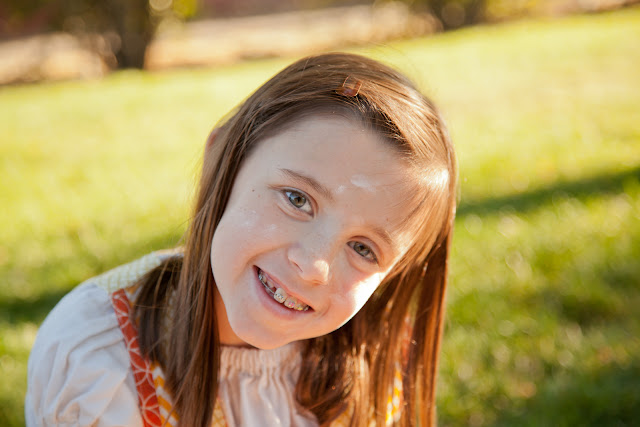 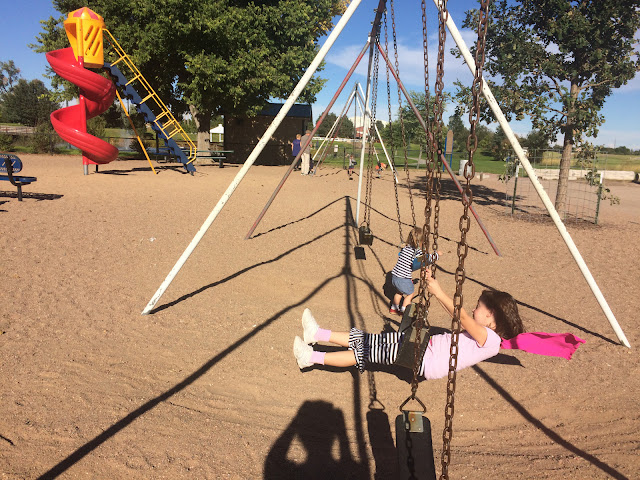 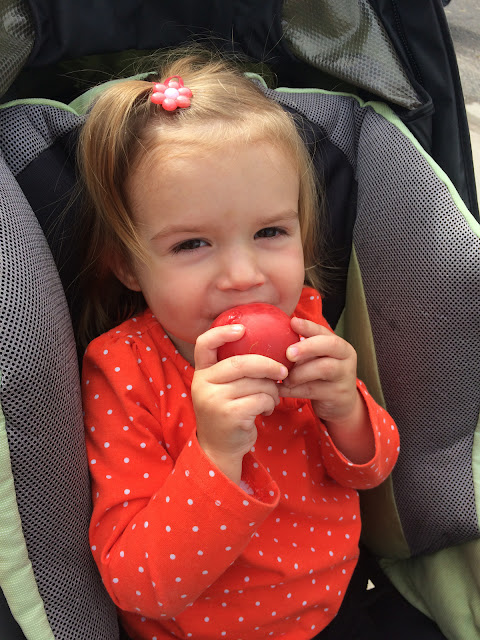 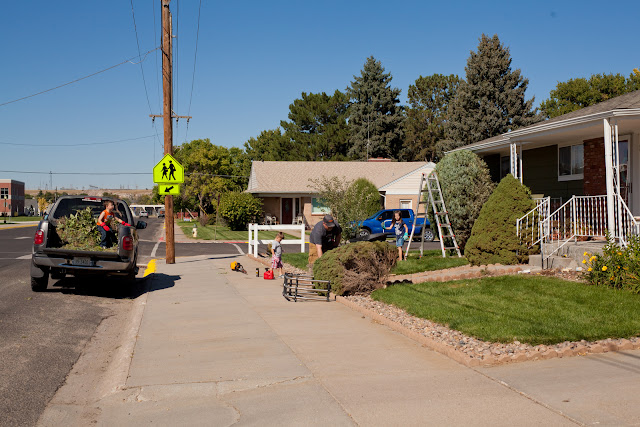 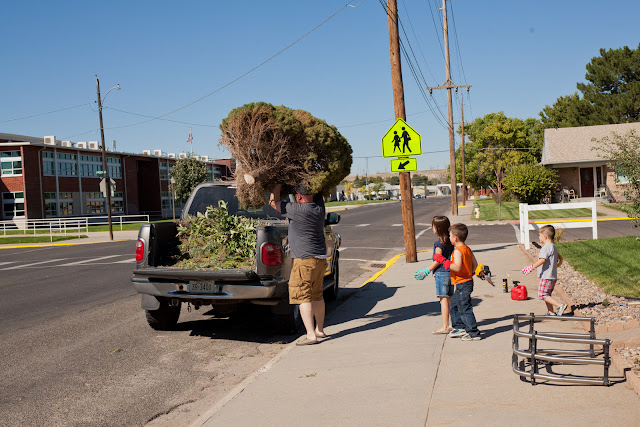 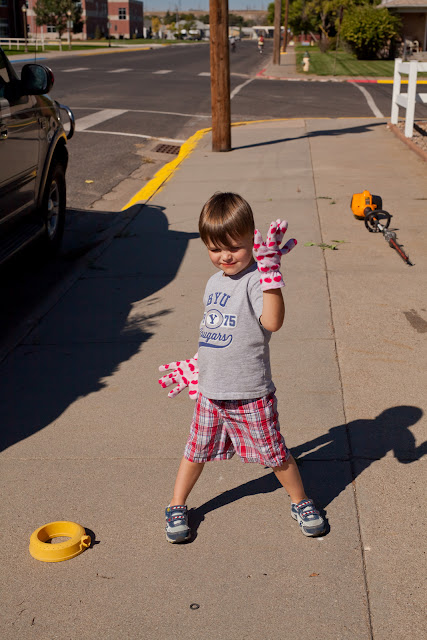 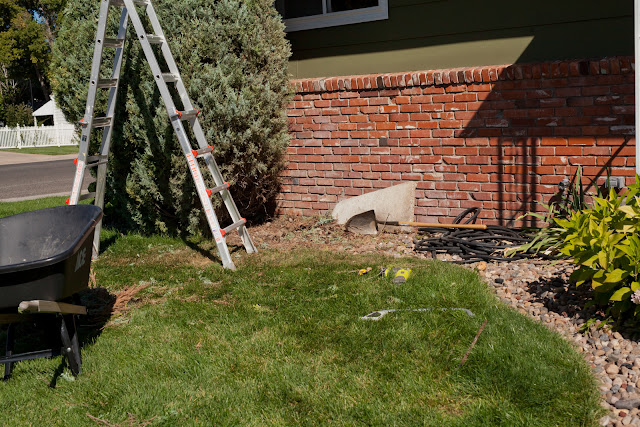 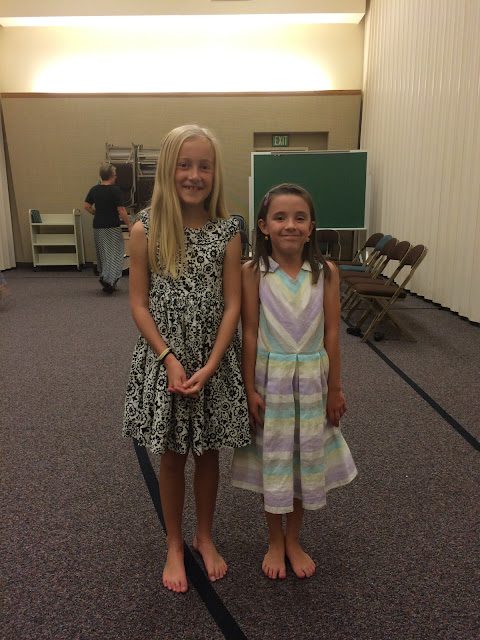 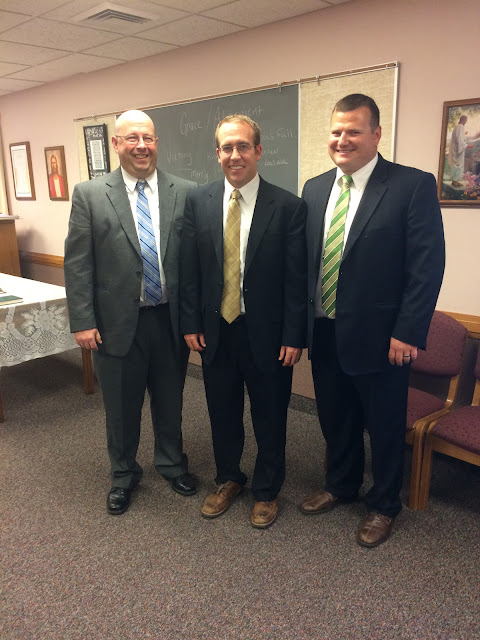 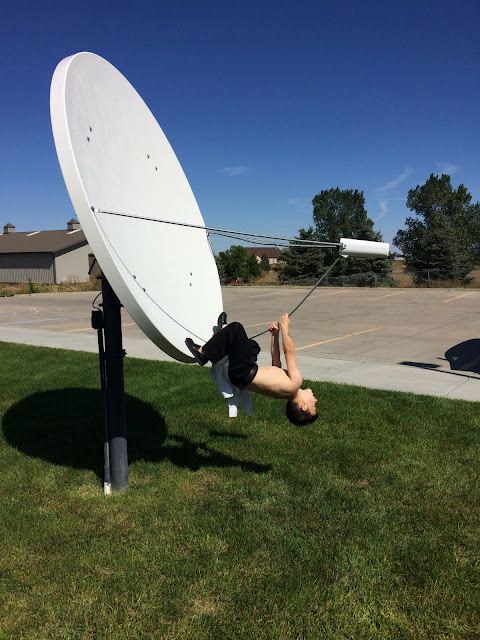 The first day of Fall came...and went...with no change of weather. The temperatures continue to hover around 80 degrees outside. This week the mornings started off foggy and gray, once the fog burned off it went from 50 degrees to 80 in about an hour. I am loving the bountiful tomatoes our vines are producing. We eat almost all of the tomatoes none left to can. Sunday afternoon the kids cracked open Everett's last birthday gift. He got a set of dinosaur bones hidden in a chunk of plaster. The kids spent a good hour hacking away the plaster and extracting the plastic bones. The kids determined that the dino bones made a T-Rex skeleton. The rest of our afternoon the kids pretended to be dinosaur excavators. I hear some exciting discoveries were buried in the garden.

A couple weeks ago I started picking up Kaylee Hornbarger from school at the same time I get Phillip. She is a sweet little girl! We enjoy having her around to play with each afternoon for a couple hours. Amelia and I are reading Farmer Boy we are about 75% through the book. That book always makes me hungry! Phillip gave our FHE lesson this week on Loving our Family. He stood still for a couple seconds at a time to deliver a sentence or two. Everett showed off his ability to sing I Belong to the Church of Jesus Christ, rather than sing he belts it out in a level closer to screaming. No wonder we can hear him singing down the hall at church. In my family we often held "Glory" sessions as part of FHE. We are continuing the tradition with our kids. Each child takes the place of honor up on the coffee table to receive accolades. Our twist is that glory comes in silly deliveries. I remember my brothers creating heat seeking glory missiles.

Wednesday morning I ran to the library for a couple minutes to return a late book. I heard Evelyn shouting, "I did it!!" over and over. She did it in the children's book section. What did she do? That was the question burning in my mind. Well, she removed all her clothing, shoes, socks, diaper, hair clip, and was prancing naked near the Berenstein Bear books. Thankfully, the section was rather empty at the time and no one else discovered her streaking abilities. She was quite upset that I put clothes back on her. Evelyn has some naughty streaks that remind Justin and I of Phillip. He also enjoyed being naked.

Amelia had 8 pages of piano theory to get through this week, guess we neglected that book. She was rather glad piano was cancelled last minute. We ripped through 6 pages together and plan to finish the rest tomorrow. She enjoys piano once she can hear a song played through. It is like pulling teeth to get her practice, when she starts she enjoys herself so thoroughly that she will play for quite a long time.

This week I had three graduating Senior sessions, one boy and two girls. I enjoy the change of pace, young toddlers and babies pose certain problems. Amelia came along when I photographed the girls. She helped me get more natural smiles! Amelia enjoyed herself exploring the field and walking along unused railroad tracks. She was pretty cute skipping along and singing to herself. Justin had the extra task of watching cranky kids after dinner while I had the sessions. He went to bed early with the crankies as well.

Saturday we dedicated to yard work. In the morning Justin trimmed trees on our neighbors side that started to grow through our fence and warp the fence slats. I ripped out some spent garden plants and trimmed the lavender bushes. After lunch Justin trimmed the pine bushes. I went to work cutting down the pine tree gracing our front steps. The top got burned last year when it was covered with plastic to prevent paint splatter from when the rails were painted. It did not grow back. Justin was concerned with my attempts to remove the bush. I got the dang tree removed with the help of his saw attachment. Then I went to work on another dying pine bush. Then I removed a dying snowball bush as well. By the time we finished the back of Justin's truck was packed with yard waste. The boys were very impressed with Justin's muscles when he picked up an entire tree. The kids donned winter gloves and pitched in filling the wheelbarrow and throwing the debris in the truck. I think the kids secretly enjoyed the hard work. I sure did. Amelia and attended Women's Conference together. I enjoyed Elder Uchtdorf's talk. It was a spectacular reminder that the Savior's pure love is what makes us happy in this life. My favorite quote was "You see, everything else in the gospel-all the shoulds and the musts and the thou shalts-lead to love. When we love our neighbors, we stop thinking so much about our own problems and help others to solve theirs. And that-the pure love of Christ is what makes someone happy." I enjoyed having Amelia snugged up to me drawing as she listened.

This morning our ward experienced a changing of the guard. Bishop Siler was released and called to serve as the new Seminary teacher. Our new Bishop is Keith Grunig with Brother Hill as 1st counselor and Justin as 2nd counselor. Evelyn was sitting on Justin's lap when he was invited to come sit on the stand. Poor Evelyn trailed him all the way up to the stairs. When she realized his destination she ran all the way back to me with her face scrunched up in a pre-sob moment. Poor kid cried for her Daddy until I coaxed her back to normal with a bag of cereal. All better. We are excited to at least have Justin in Sidney now instead of traveling around the county 2-3 times per month. I got several offers from folks willing to sit with me and help. Our testimony meeting was filled with assigned testimonies from the new and old leaders. Justin's testimony was quite poignant as he related recent trails leading up to his calling. He said, "I felt like the girl that was never asked to prom" when all the companies he recently interview with decided not to offer jobs. Well, his answer of patience paid off! Looks like we are staying in Sidney until we are not.  This week was particularly hard on Cabela's as 70 employees were let go to streamline the company. All levels of the company were affected, from VPs to managers, to main level employees to bottom of the pyramid. Two families in our ward were affected. One was rehired to fill an open needed position, the other is headed back to Utah or Colorado. The new Presidency was set apart after church. Phillip was not so keen on more church after 3 hours. He ripped out of the meeting before Amen was said. I found him with no shirt on hanging from the defunct satellite near the parking lot.