We have molars in the house! Amelia FINALLY cut two top molars. Hopefully, the little thing will be more comfortable for a couple weeks. She is finally sleeping a little better, even at night. Justin is home now. He was only in LA for about 24 hours. By the time he got home the Christmas decorations were hung and scattered about the main floor. Amelia really likes the "star" on our trees. 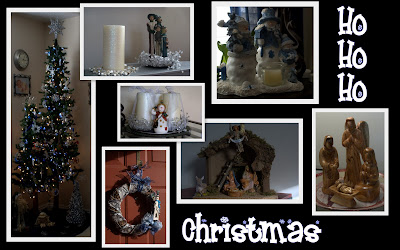 Tuesday I spent a large amount of money going to Inkley's, Costco, and Walmart. Did I say Inkleys? Why, yes! We have a new family addition, Alphie II. Pretty much I was obligated to get the same camera brand because all my lenses and flash are Sony brand. My first choice was a Canon 5D, it would cost about $5000 to switch outfits so that was not an option. Then I wanted a super duper Sony camera the 900, but it cost more than the 5D. I settled, and I mean settled for the Alpha 200. I cannot reiterate enough how much it stinks to buy a camera I did not want only to replace a camera that should still be working. Now I have to apply myself to working my new camera correctly.

Since then it seems I've mainly worked on editing pictures for James and Miekka. I delivered their CD this morning. Phew! On to the next batch of edits. Last night I photographed a family who lives in my neighborhood using Alphie II. The shoot went well once I figured out how to control the shutter and aperture on the manual setting.

Wednesday night was a repeat of last week! Catherine and I whipped through about 4 shirts each in three hours. Justin entertained us with Christmas music and tried to organize my photos on the external harddrive. The last time I exported pictures there all the folders disappeared so I had a mass of 13,000 pictures in one folder. It was very difficult to manage. Thanks sweetie pie! Catherine and I enjoyed the eye candy...not Justin...the new fabric I bought at Gardner Village on Monday. Aren't the fabrics luscious? 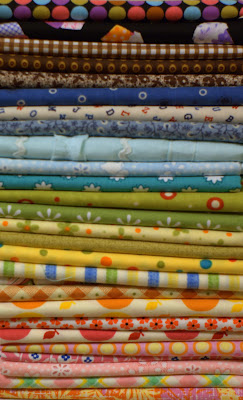 Amelia and I are enjoying some outside forays to play with her little stroller. She looks so darn cute in her pink coat and alpine hat. Her little vocabulary is expanding every day. I am so delighted each time she imitates a new word. 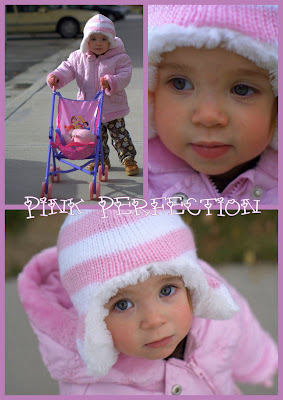