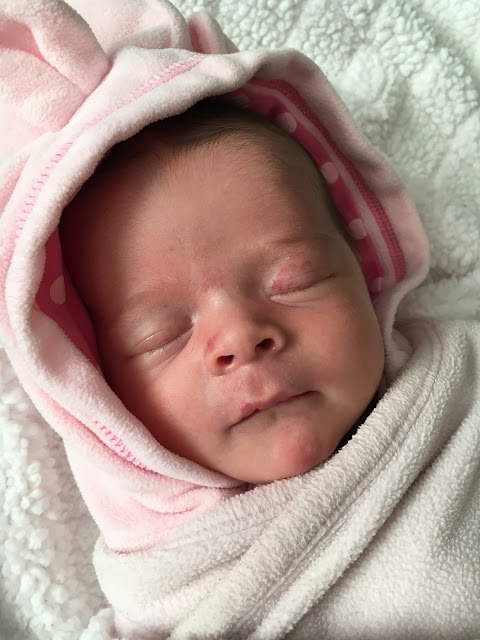 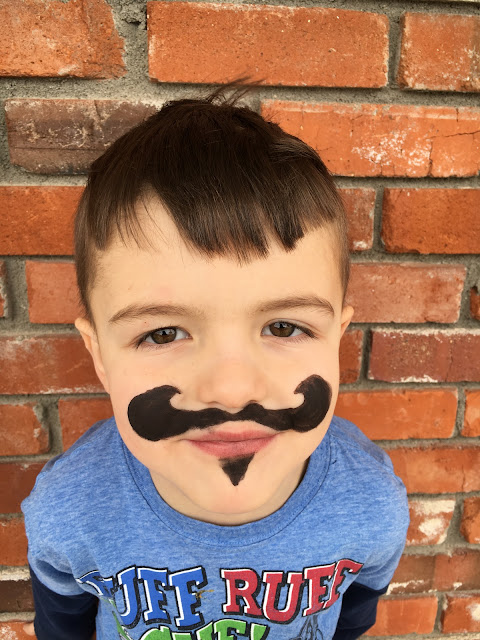 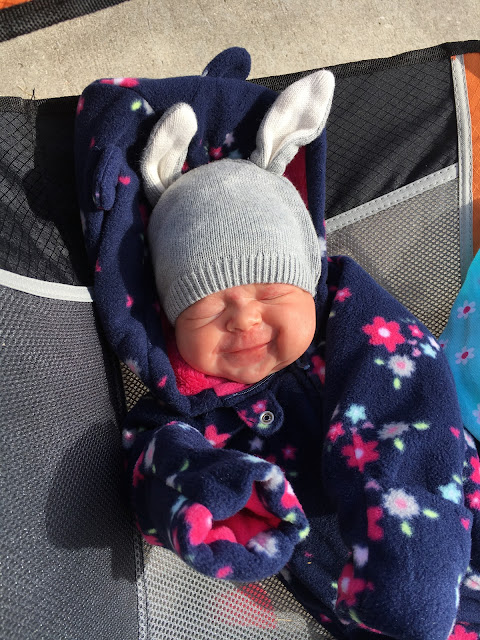 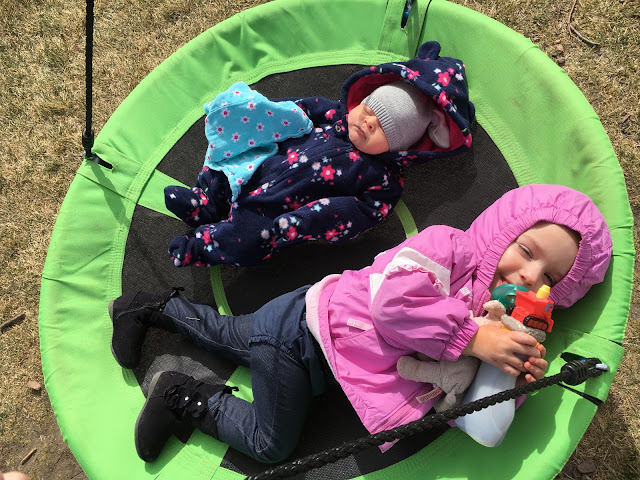 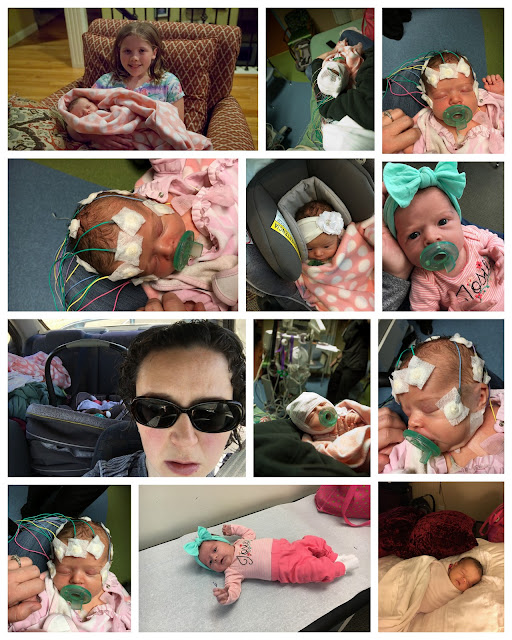 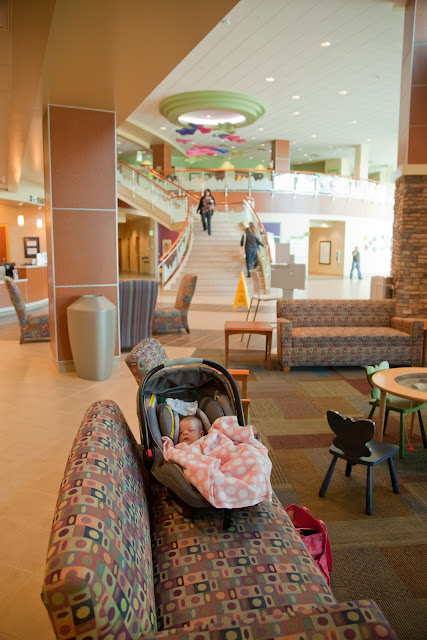 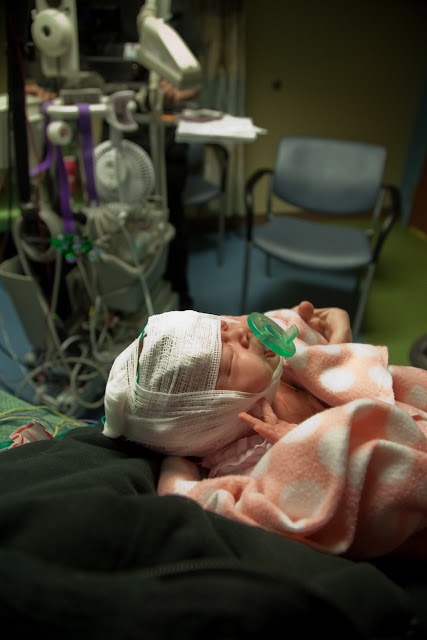 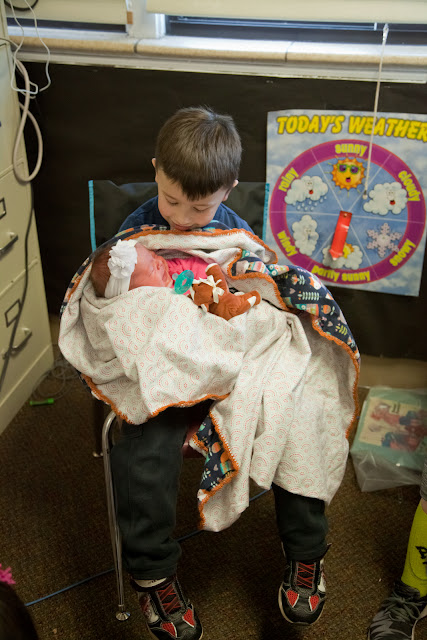 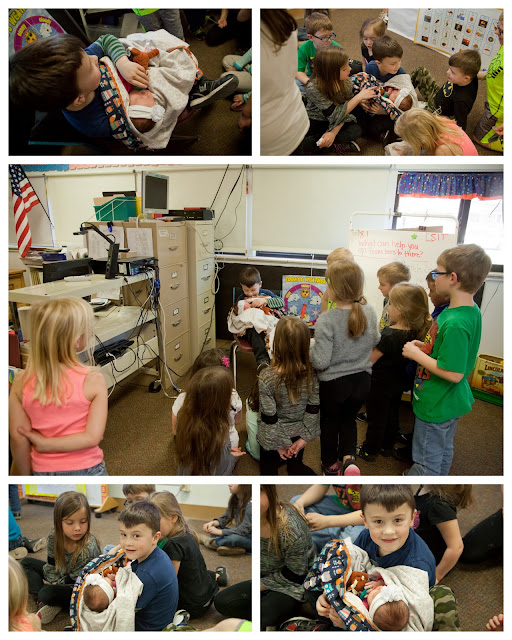 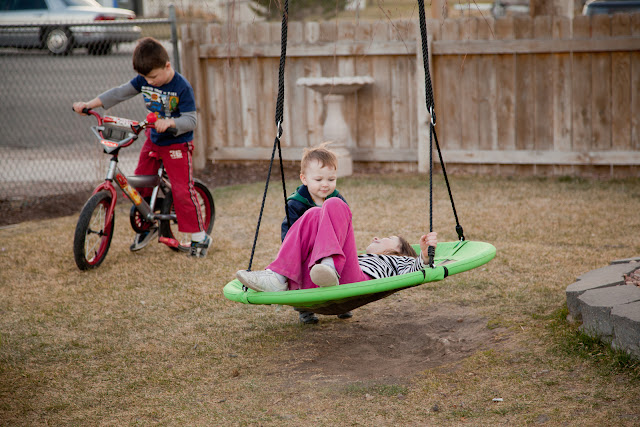 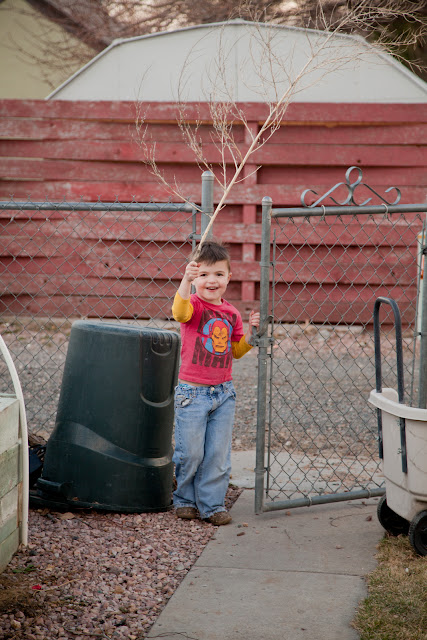 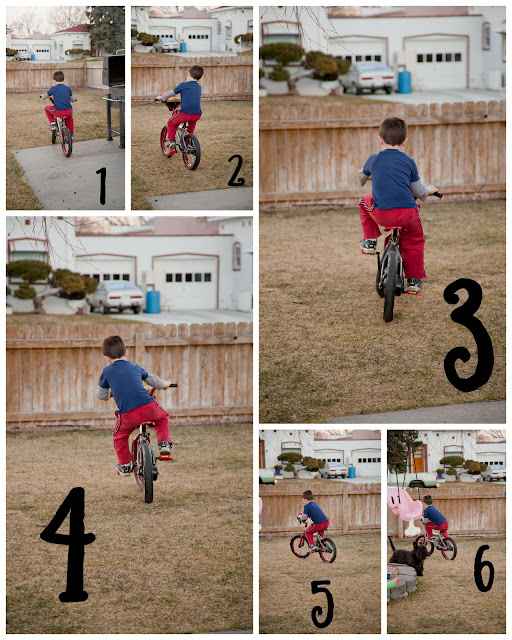 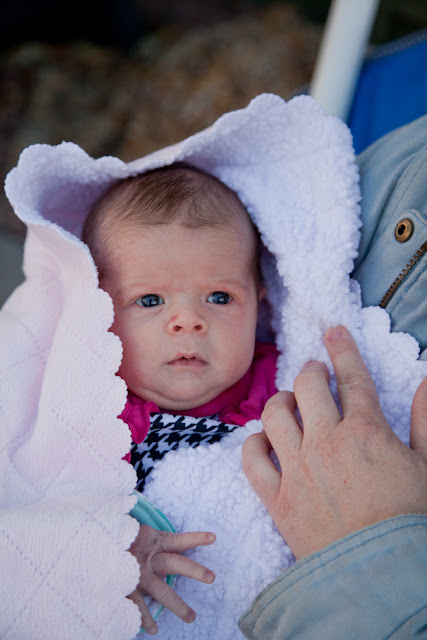 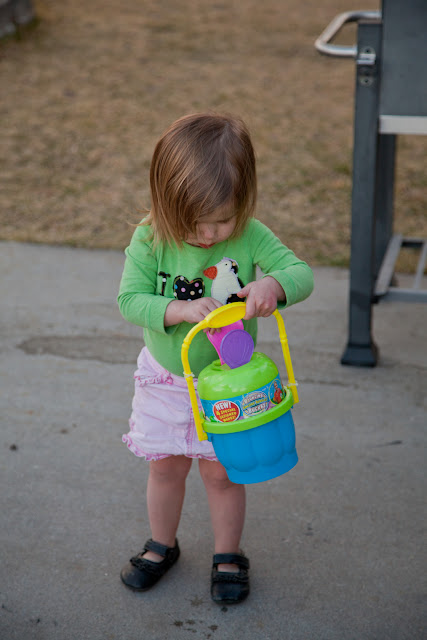 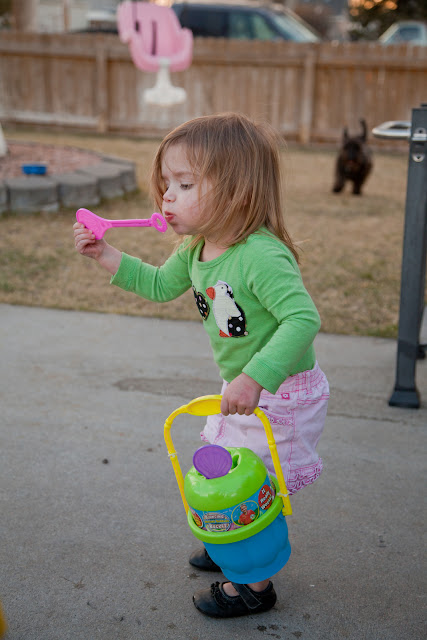 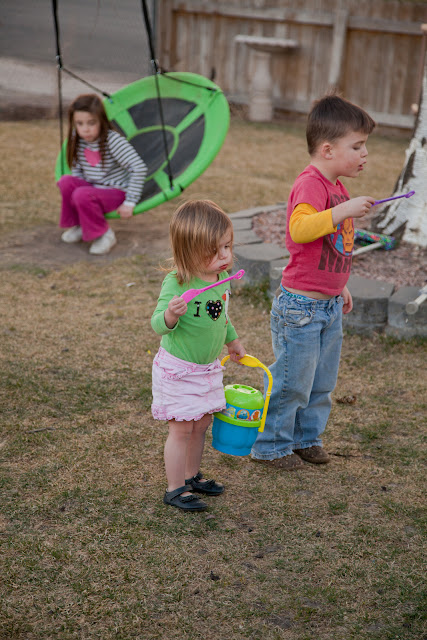 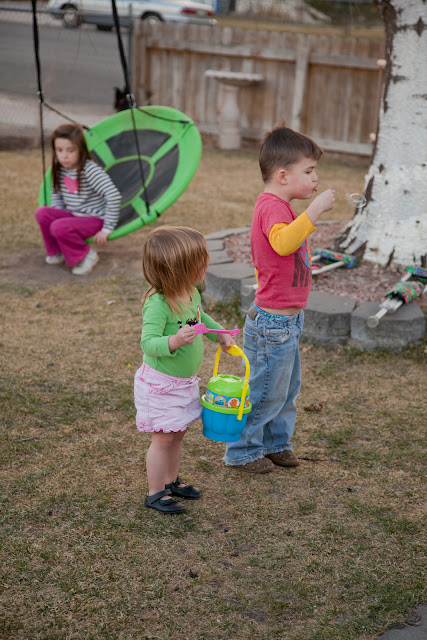 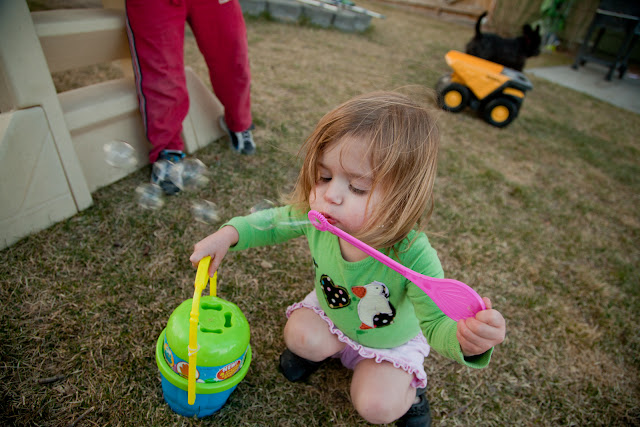 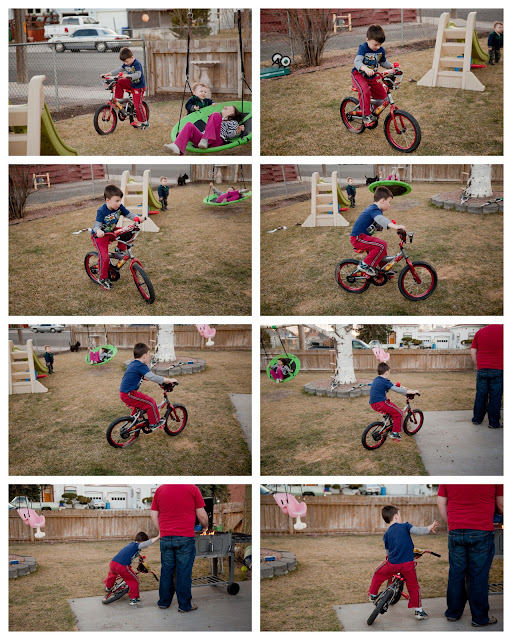 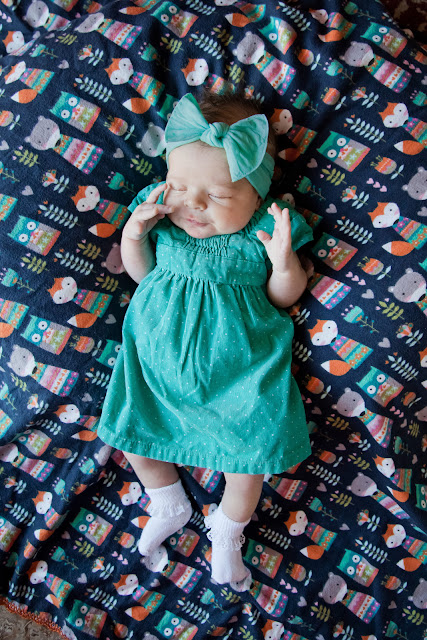 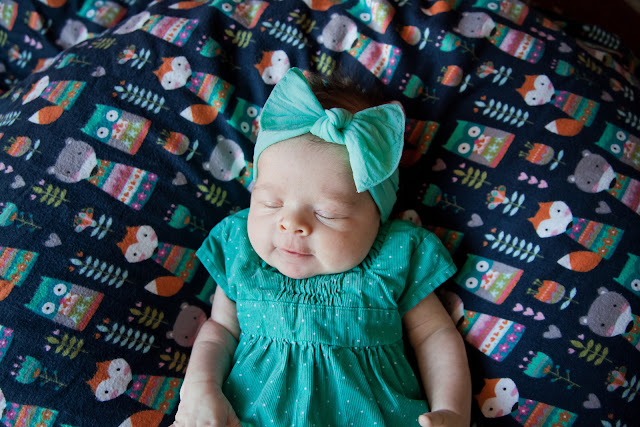 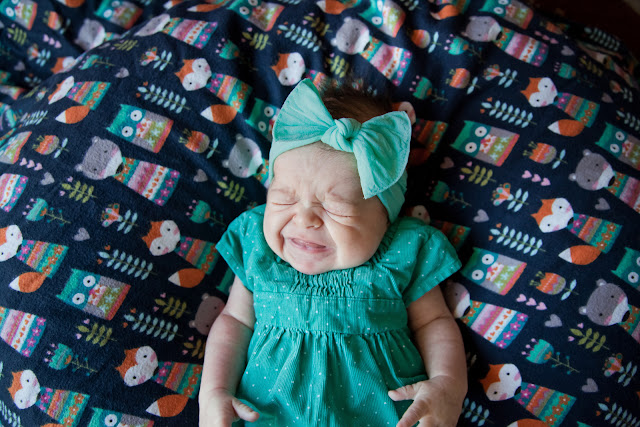 Everett had a great time at preschool this week as they celebrated Dr Seuss' birthday. His favorite day was mustache day. He came home with a smeared black mess on his face and happy as a lark. Kids love these silly days at school. Everett and Amelia had PJ day at school on Wednesday. Everett carefully chose his PAW Patrol pajamas. Justin even managed to take all 4 kids to the Dr Seuss celebration at the library. The library throws an awesome party each years with many crafts, reading time, photo booth, snacks, and games. I was not able to attend this year, but was glad Justin had the gumption to take the kids by himself. He earns a gold star!

Justin held down the fort Wednesday and Thursday while Josie and I were in Denver for her EEG and MRI. We left before noon, hoping to get to her appointment at 3:30 on time. Gratefully, she slept the entire drive down. I stopped in Sterling to nurse her and grab lunch at Santiagos. The owner was quite excited to meet Josie and hold her while I used the restroom. She is always attentive when we come with our crew in tow. I listened to General Conference talks on the drive down to help me stay awake. I was most touched by Elder Holland's talk on mother's and a talk on the Power of Prayer given in 1995. It was strange to be bored while driving. Usually I am so busy managing kids, throwing snacks, and such that time flies. We arrived in plenty of time to sneak in a nursing session and find Dr Ross' office, which was sneaky to find. Dr Cuervas met with us since Dr Ross was in surgery. After 20 minutes of talking about her silly reactions at birth he determined that an MRI was probably not necessary. While I tracked down Dr Shaw so she could give her two cents and decide about retracting the MRI orders, Dr Cuervas examined Josie. It took Dr Shaw 30 minutes to call back. She agreed with his assessment and cancelled the MRI. I was very relieved since that meant we could go home right after the EEG. I called Justin with the good news and caught them at the Dr Seuss party. Yay. Josie and I drove down to visit with my second cousin, Alyson Yoder and her family. They moved to Colorado 18 months ago! As I navigated to their home I realized the hotel we usually stay in for temple trips is only 3 miles from the Yoder's home! Crazy world. Alyson made a delicious Shepard's Pie and salad for dinner. Madeline gave me a fun tour of their new home since Alyson was not feeling great at the time. She is a cute, spunky girl. I joined in for a short FHE then drove back up to downtown Denver. It's been years since I last visited with Alyson! That was fun. We are excited to be "close" again. Maybe they will come visit us one of these days.

Josie and I were back at the hospital at 8:15 am. The hospital could not find Dr Shaw's EEG orders so we had to wait for an hour while the nurses tracked her down. The EEG tech was a bundle of nerves since the wait put her entire day off schedule. She was not expecting a neonate as well so had to spend extra time finding the right kit and a room to put us in. I had some breakfast while we waited. Josie did really well during the test. She was asleep for most of the procedure. I nursed her to sleep since she had to do an awake to sleep test. The test went on until she finally went into a deep sleep, over an hour later. She was not happy when the tape came off her skin and the nurse wiped off the goopy stuff. We waited around some more to make sure the order was located for insurance purposes. I ended up signing a non-insurance form because tracking down Dr Shaw was taking so long. Josie made it 20 minutes outside of Denver before she started crying. Poor baby cried the rest of the way home. I nursed her every two hours from noon until bedtime because she was so agitated. I got a little shopping in and scored new jeans and a couple summer shirts. I don't expect to hear about test results until next week.

We received the grand welcome as we pulled in. All the kids were outside, except Evelyn who of course was only partially clothed (as usual). Justin eventually walked out of the house...he was in one piece and still viable. He survived 30 hours as Mr Mom! The RS once again stepped in a provided Justin with two meals to make it through the time I was gone. He joked about getting funeral potatoes as part of the meals. Does it bode well? Or are the potatoes a portent of bad news? Ha ha

Friday afternoon Phillip got to bring Josie in for Show and Tell as part of the letter "J." The night before he carefully picked out the outfit for her to wear. He even chose a blanket, binky, shoes, hat and socks to match. He was so darn cute holding his sister and telling all about her. The kids asked several questions like: do you love her, will your family keep her, and when will she be old? Phillip was surrounded by girls as he held her. Mrs Hubbard told me he is quite the ladies man at school, always stopping to help girls who are sad or needing help. That makes me happy! We got to take Phillip home early from school!

Phillip taught himself how to ride his bike with NO TRAINING WHEELS. He actually rides all the time not noticing that his training wheels rarely touch the sidewalk. He practiced on the grass off and on after Justin helped bolster his confidence. Phillip was quite proud to show off his new skill to me!

Amelia reminds me of a badger defending it's den lately. Good gracious...she hits and pesters the boys until they retaliate. Then she gets in trouble and sent to her room. Amelia will sit just outside the door and screech like a banshee baring her teeth and trying to scratch anyone who comes near. I get that she has some emotions from her diagnosis but dang! This is inexcusable. I am trying to teach her some anger management skills. She earned several time outs and had to clean the bathroom with me for a consequence. Phew, sweat was running off my face after Saturday morning. I ordered several books help us learn how to help Amelia and Everett better deal with their anger and outbursts.

Posted by Jenni Call at 9:10 AM 0 Stupendous Remarks