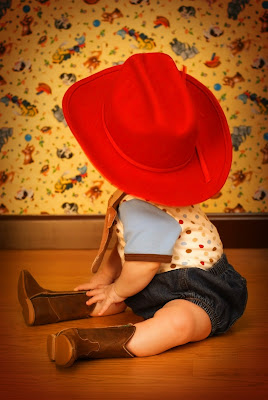 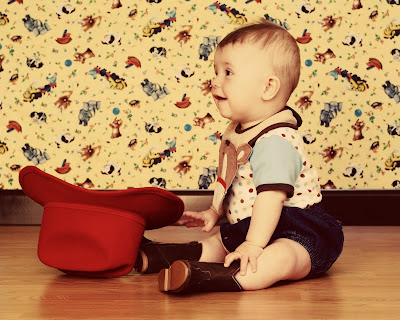 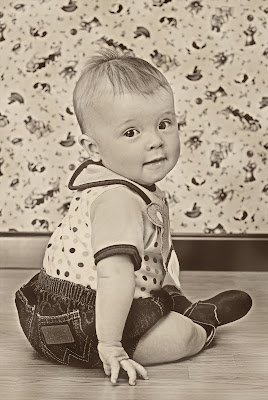 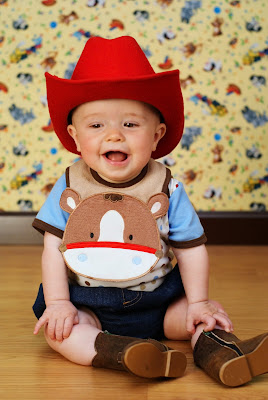 Phillip celebrated his 8th month on Amelia's birthday. I love having two kids with birthdays on the same day of the month. It was so cold and windy all weekend and even yesterday that I finally gave in and took his pictures inside. I had a huge plan to get both kid's photographed at the same time. Maybe soon! I found this cute fabric at the store last week commemorating "Golden Books." It was used as the backdrop! If anyone reads the Pioneer Woman website, she recently offered some Photoshop Elements actions for free. I had a great time trying them out. On to Phillip:

On our home scale he weighs about 17 pounds now. He is about 26.5 inches in length. This little guy loves to laugh, smile, and especially being held by Mommy. He is going through some attachment phases now, the eye procedure exacerbated his need for Mommy. He loves to give big juicy kisses and grab my face and neck then burrow. When put on the floor he manages to wiggle in circles and scoot backwards with his arms. He pretty much hates tummy time, sitting is much cooler. Phillip is a great eater. He is now eating three meals a day and nursing 4-5 times per day. Lately, he is becoming more adept at eating finger food like cheerios and soft bananas. Just this very morning he said "ma-ma-ma" during his breakfast. I think he was tyring to say num-num but ma-ma was easier. This kiddo is really ticklish. In the past week he started to play with his toys a little differently. He now bangs them together and mimicks the sounds. I showed him how to bang pegs on the toy bench and he about laughed his head off. Justin says Phillip is a "fuzzy little guy." Amelia loves to dance with Phillip. Me?, he is such a fun little baby. I enjoy every minute. 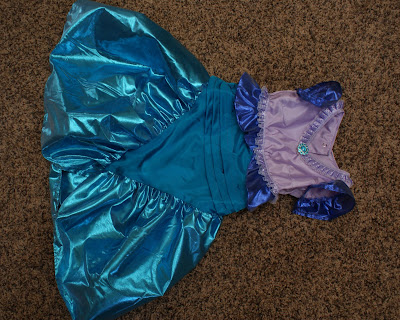 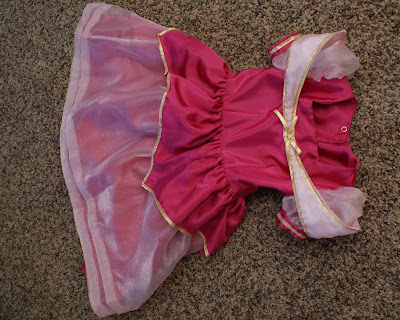 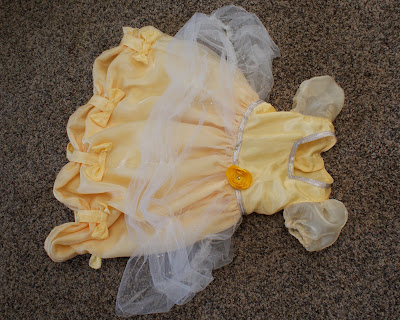 Here are the dresses! Course they look cuter on but she would not stand still for me, so all the pictures I did capture were blurry. My mom sewed the majority of the Aroura dress and the tail portion of the Ariel dress. Sister Jones serged part of the Ariel dress...it was so slick that I want a serger even more. All the dresses are adjustable so they will fit through ages 5-6. My favorite is the Belle dress. He he. 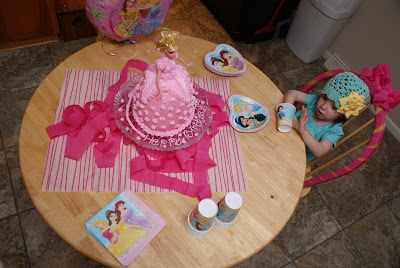 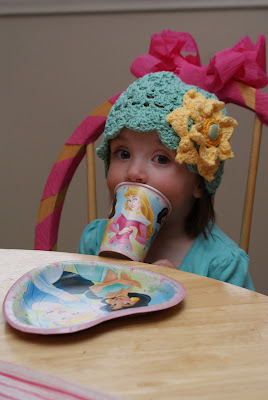 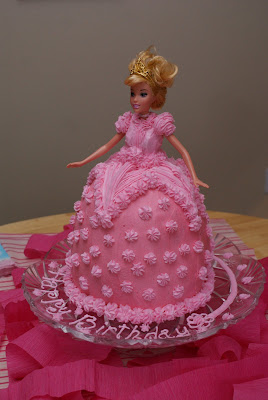 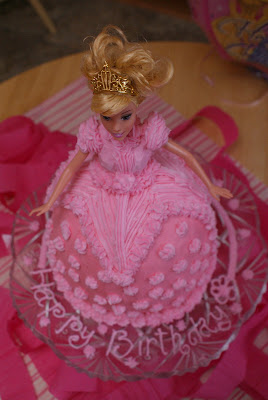 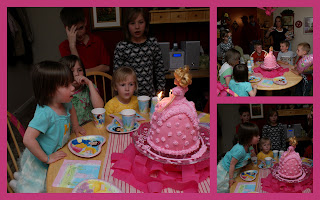 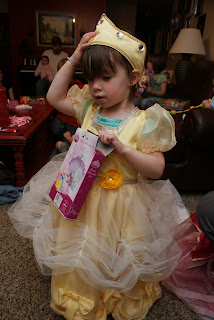 I am not much of a party person. We grew up with very plain parties, when we got one. Also, I am too lazy to get my bum in gear before the event. The cake nearly put me over the edge. Luckily, we had a package of crepe paper and some tissue paper for stuffing gift bags for decorating. Justin's grandma gave us a pretty cake stand when we married. I used it for the second time in 5 years! LOL. We invited over two families to join us in cake and ice cream. Of course the Hayley's came over! I invited over the Ryder family because Amelia just adores Talyah and Kyrah their two girls. Plus Phillip is destined to be little Romain and Cydahlee's best friend since they are about 10 days apart in age. It was a bit crazy, loud, and a lot of fun. The kids made so much noise in the basement we were afraid to go down there. I was relieved they mostly just made noise! We sang Happy Birthday and then opened presents. Deb Ryder's son, Gavin, also has a birthday on the same day. We ate some cake, sipped some ice cream, and drank some juice. Amelia was a bit overwhelmed by all the present opening action. Mainly, she recieved underwear, Princess dresses, some Christmas toy clearance I picked up, some princess lip makeup from Ella, a pig from the Ryders, dress ups from Grandma Debbie, and Strawberry Shortcake stuff from Grandma and Grandpa Call.

Justin modeled Amelia's princess dress for us! We had a nice post birthday melt down before bed. Bruce and Diana left early Monday morning. I was a little tired so put on a long movie for Amelia and took a nap. Phew.