Art by the Slice, Grandma B Passes Away 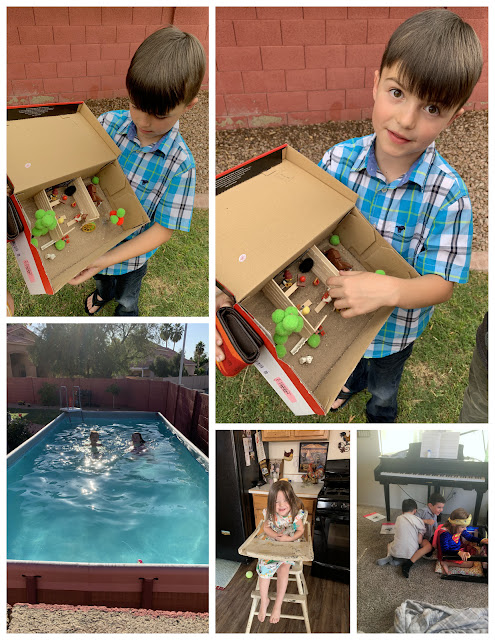 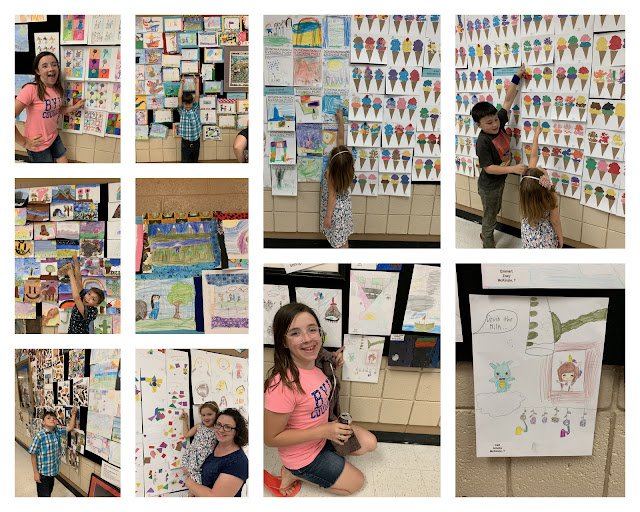 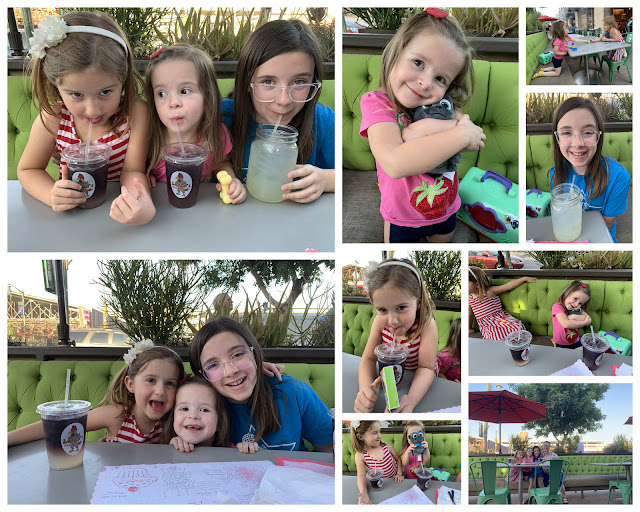 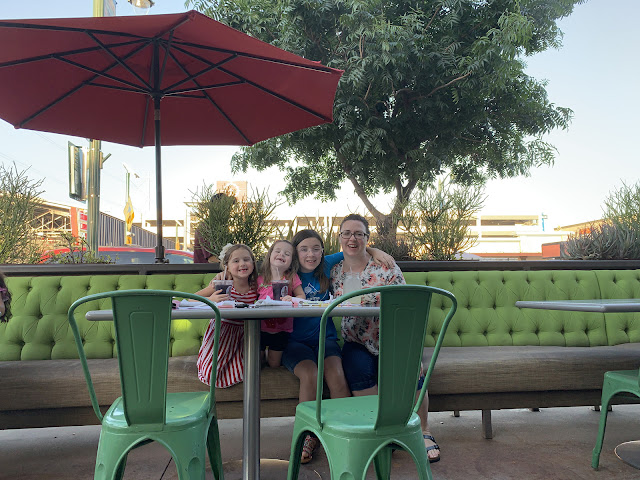 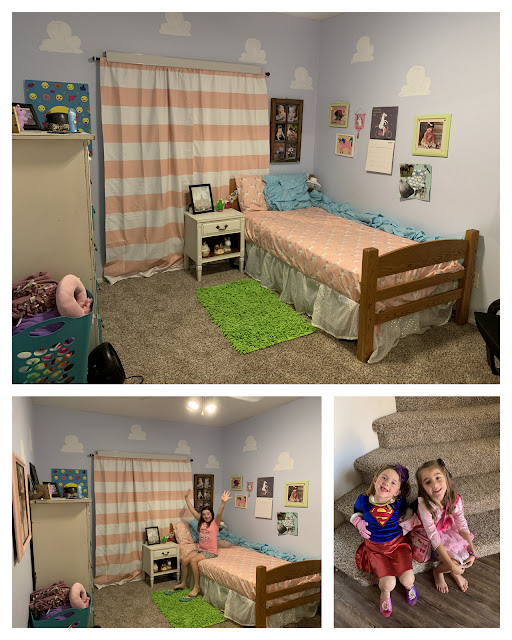 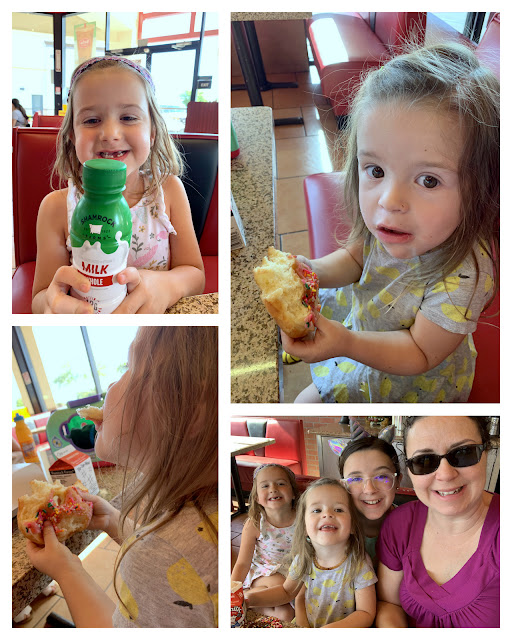 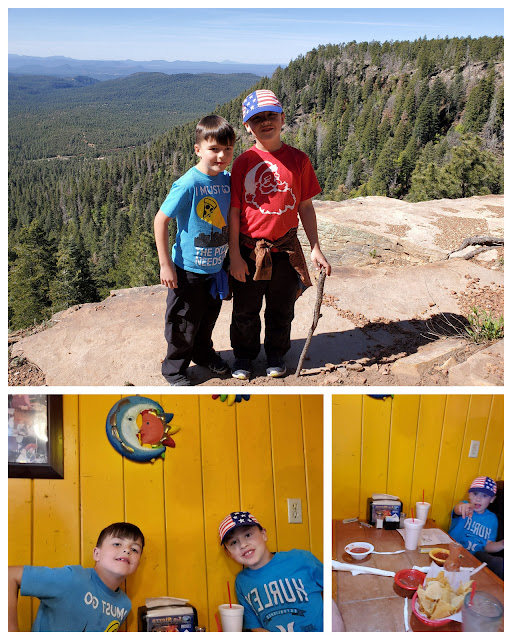 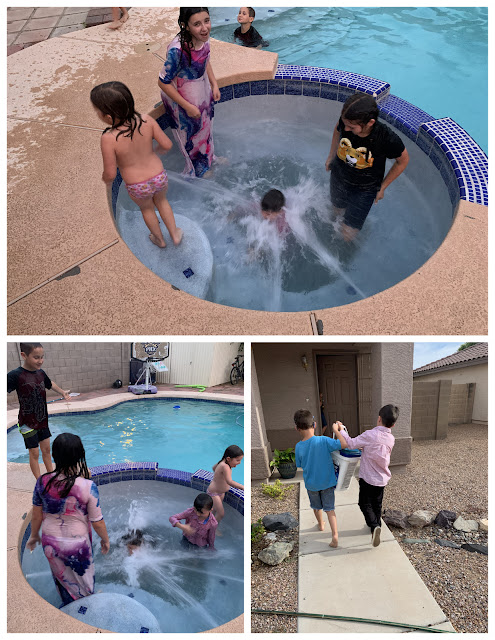 Amelia walked in after our trip to find she finally scored her OWN room! Justin moved around some furniture and assembled her new bed. She was quite pleased with her birthday gift. It took us the rest of the week to move the rest of her items and get it all situated to her liking. I am doubting my wisdom of this switch since she is really testing her boundaries with us. We have a family rule stating no electronic devices in bedrooms (especially when the door is locked). She's broken that rule numerous times, sneaking in the phone to watch netflix. Guess we need to figure out a harsher consequence. Still, she loves having her own space to get dressed and keep clean.

We jumped right back into the swing of school. While in Utah the kids missed 4 days of school, but were able to keep up thanks to homework packets. Amelia got a couple lessons ahead of her class so that was nice, especially since she did not complete all her work. Everett was quite enthused to be part of Apple Valley, an in-school pioneer era experience. He missed the first part of the school but earned more points by the end than 90% of his class. The kids could earn points by: dressing in pioneer clothes, making art projects, bringing old photos, and other small projects. He earned lots of points making a diorama of a school house. We used Popsicle sticks, Lego props, and other stuff to make a pretty fun scene. Ms Epstein said she was quite amused with Everett's enthusiasm.

Thursday we went to school for pizza and soda. The kids each had several art projects displayed in the hallway as part of Art by the Slice. I enjoyed checking out their hard work. We brought along Jacob since his parents were away for the weekend.

The boys went camping over the weekend! The girls got to stay home and play! Justin almost did not go since his cpap battery is not holding a charge. Finding a replacement was quite stressful. I met with an awesome photographer here in Gilbert for an hour. He showed me some cool LR tricks to speed up my editing processes. The girls and I hit the streets downtown for the evening. The girls wanted to try Lolo's Chicken and Waffles for dinner. Josie found a cute dog kennel at the store earlier. She toted that carrier around all evening making us all laugh while she played. Dinner was oh so delicious! We walked around after dinner enjoying the busy ambiance. We browsed a fun candy store that has almost every candy imaginable. They loved choosing a favorite item to take home. I had the longest newborn session the next morning. The girls really, really wanted doughnuts so we made a hurried trip to snatch up some doughnuts. I was upset my session was over two hours late. Grrrr. New first time parents! It was hard to stay mad after seeing how nervous they were. Amelia and Evelyn invited over Brooklyn and Isla to play for the day while I worked. The boys came home while I was working.

Justin (and I helped a little) got the pool all set up. We had to tear it down and lay a new tarp underneath then reassemble it. I spent a sweaty hour inside the pool mopping out all the dirt and grossness. We did most of the reassembling work after dark to avoid the heat. He did a great job setting up the new salt-water filter and filling up the pool. It was ready for use on Sunday. Bummer.

I heard from my mom that Grandma Baerwaldt was in a coma through a group text around 5 pm on Saturday the 4th. Her head injury was no doubt responsible. Less than two hours later Grandma passed away. Amelia read the text while I was out needing some space. I came home to a very sad group of kids, Amelia wailing and crying her eyes out. The other kids soon heard the news and joined in. Grandma finally earned her angel wings! I am so happy we got to visit with her and say our goodbyes in person. It was hard to make it all work but so worth the effort.

Justin stayed home from church with himself nursing a man cold and Phillip suffering from a bad case of cellitus in his neck and cheek. Justin took him to a minute clinic for antibiotics. It was pretty swollen and looked terrible. Poor kid's face was twice the size on his left side. He has terrible reactions to some mosquito bites. I stayed home last week from church with all the kids except Amelia. We had a round of barfs going around, Josie, Phillip, and Everett, soon Evelyn joined in. The kids just had to make sure the newly shampooed carpets were once again cursed. I cleaned carpets in each and every room in our house. Boo hoooooooo. I took the kids, minus Phillip, for a Cinco de Mayo taco celebration at the Chandler Calls. We decided to make the first Sunday of each month our time to visit and eat dinner with each other. Yum. We celebrated Gary, Amelia, and Everett's birthdays as well. Spenser drained half of the spa and let the kids run wild inside. Things got quite exciting when he turned on the jets! That was hilarious! Family is the best.

Posted by Jenni Call at 12:14 AM 0 Stupendous Remarks