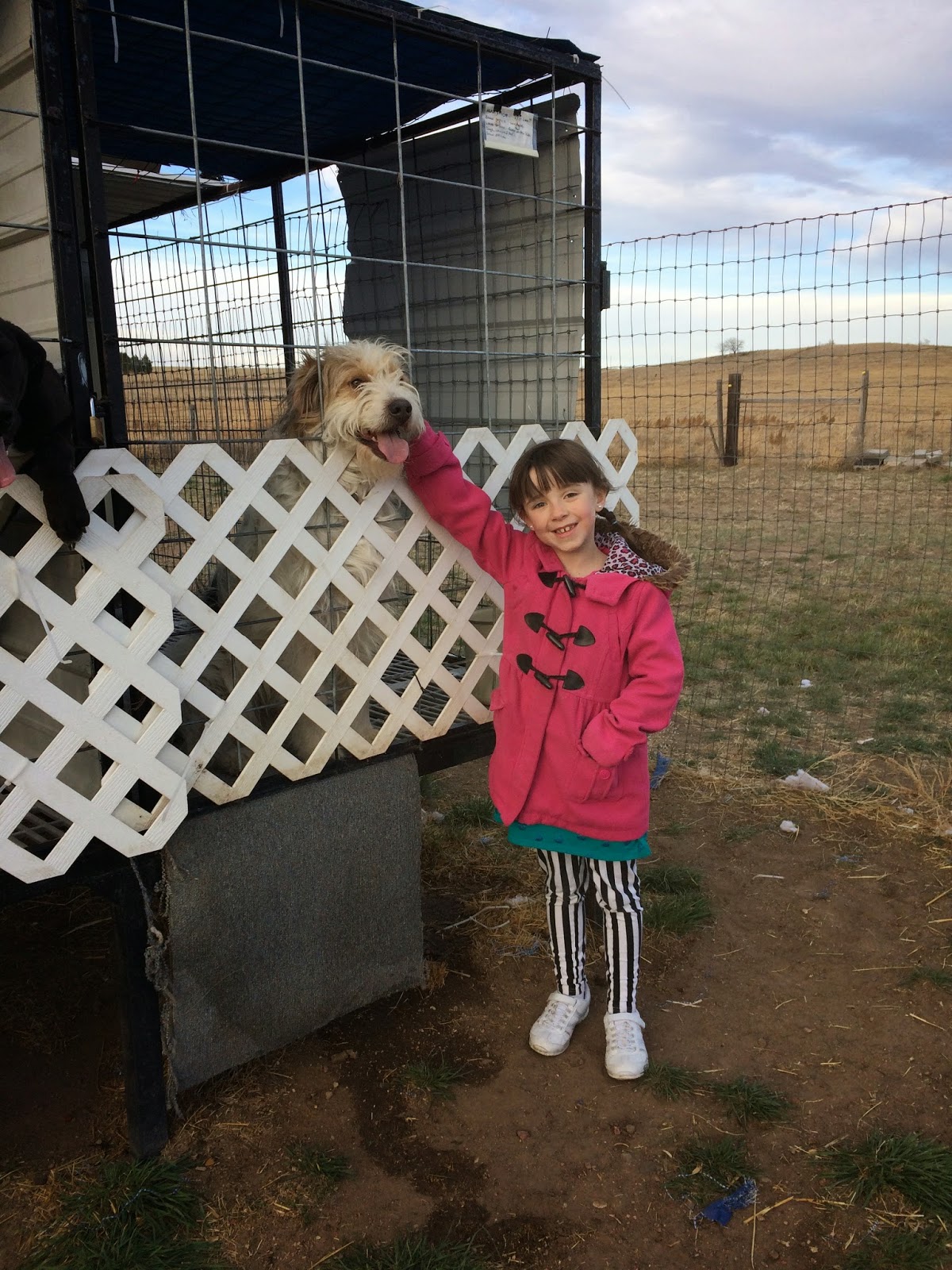 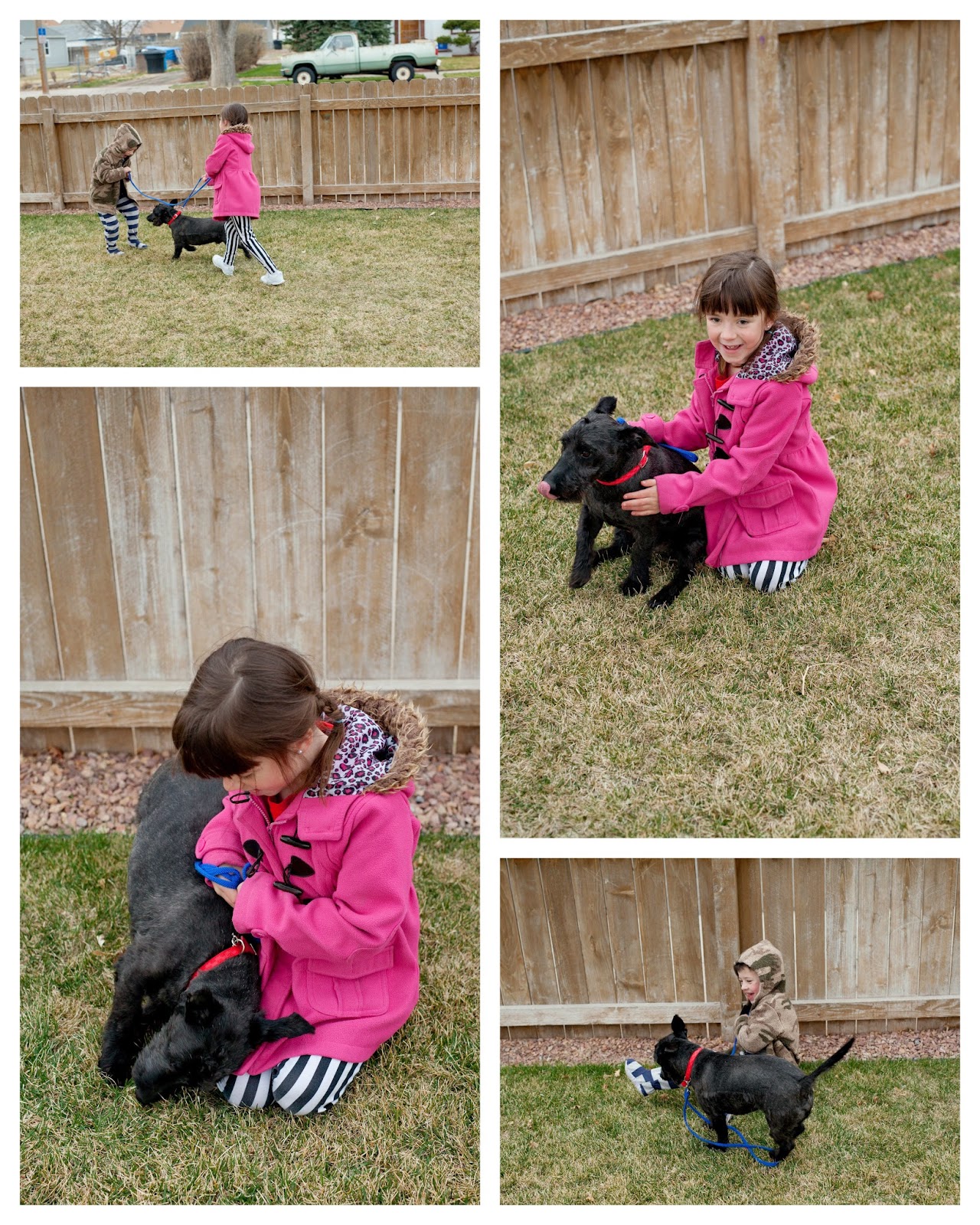 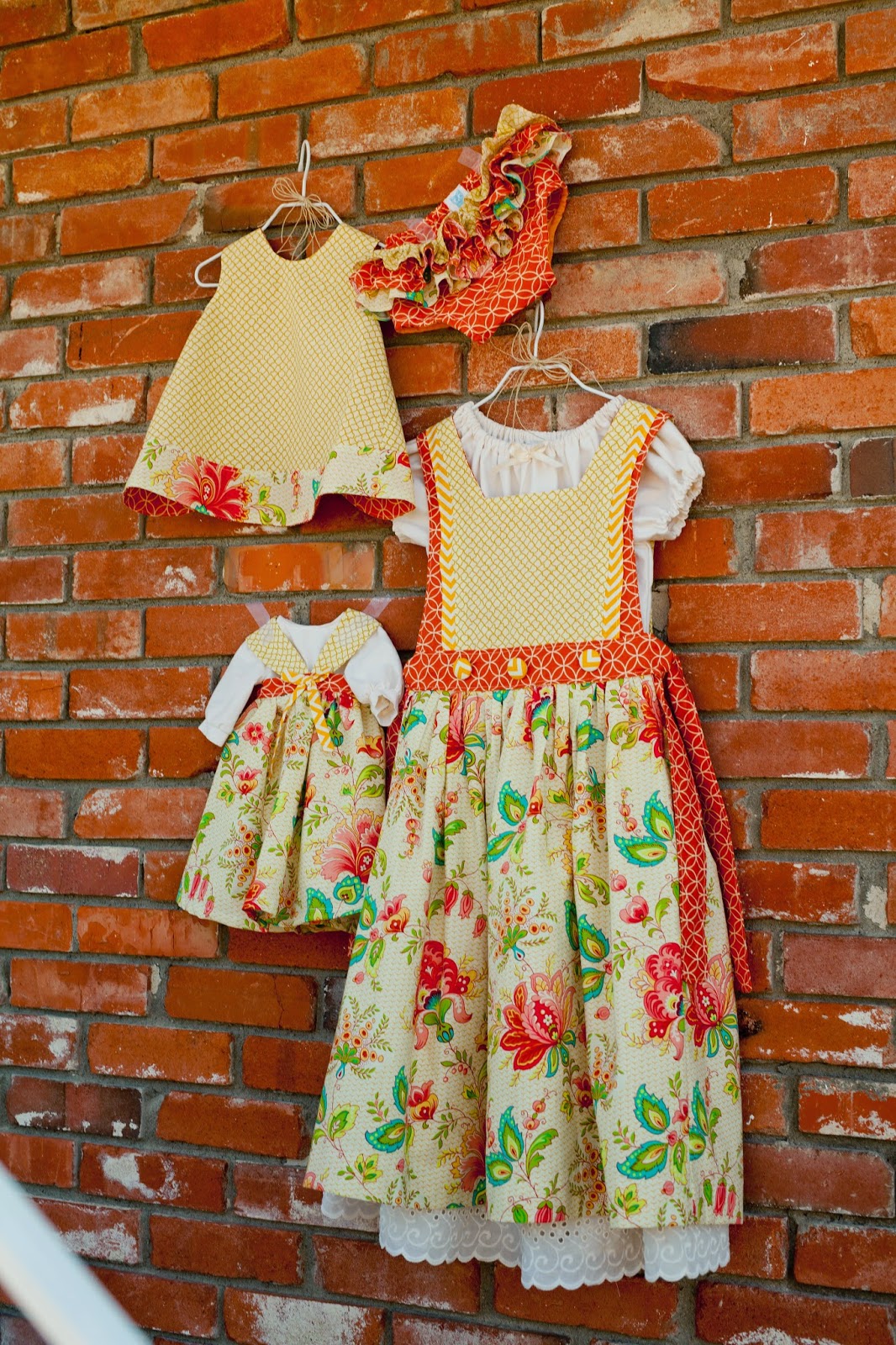 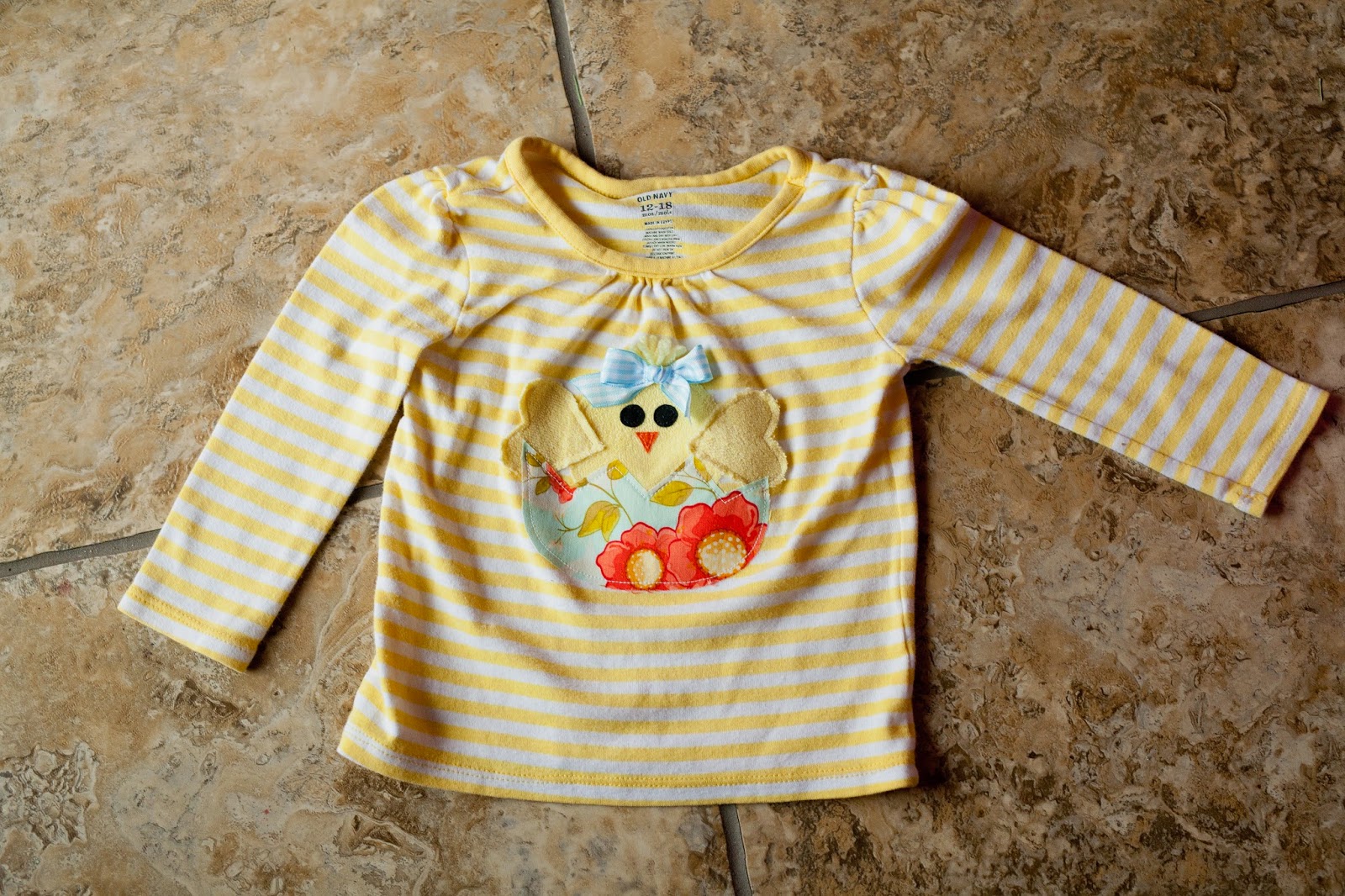 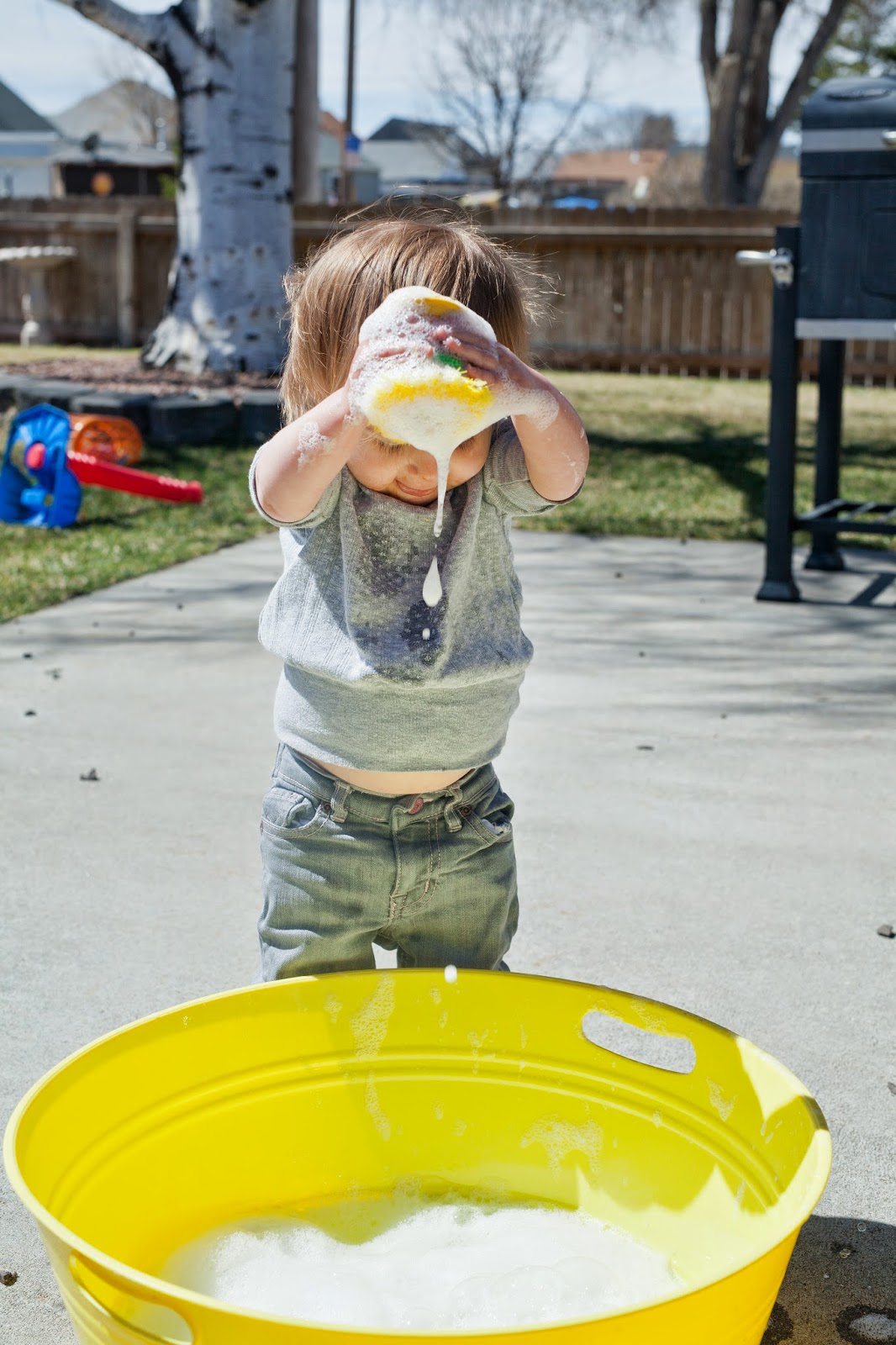 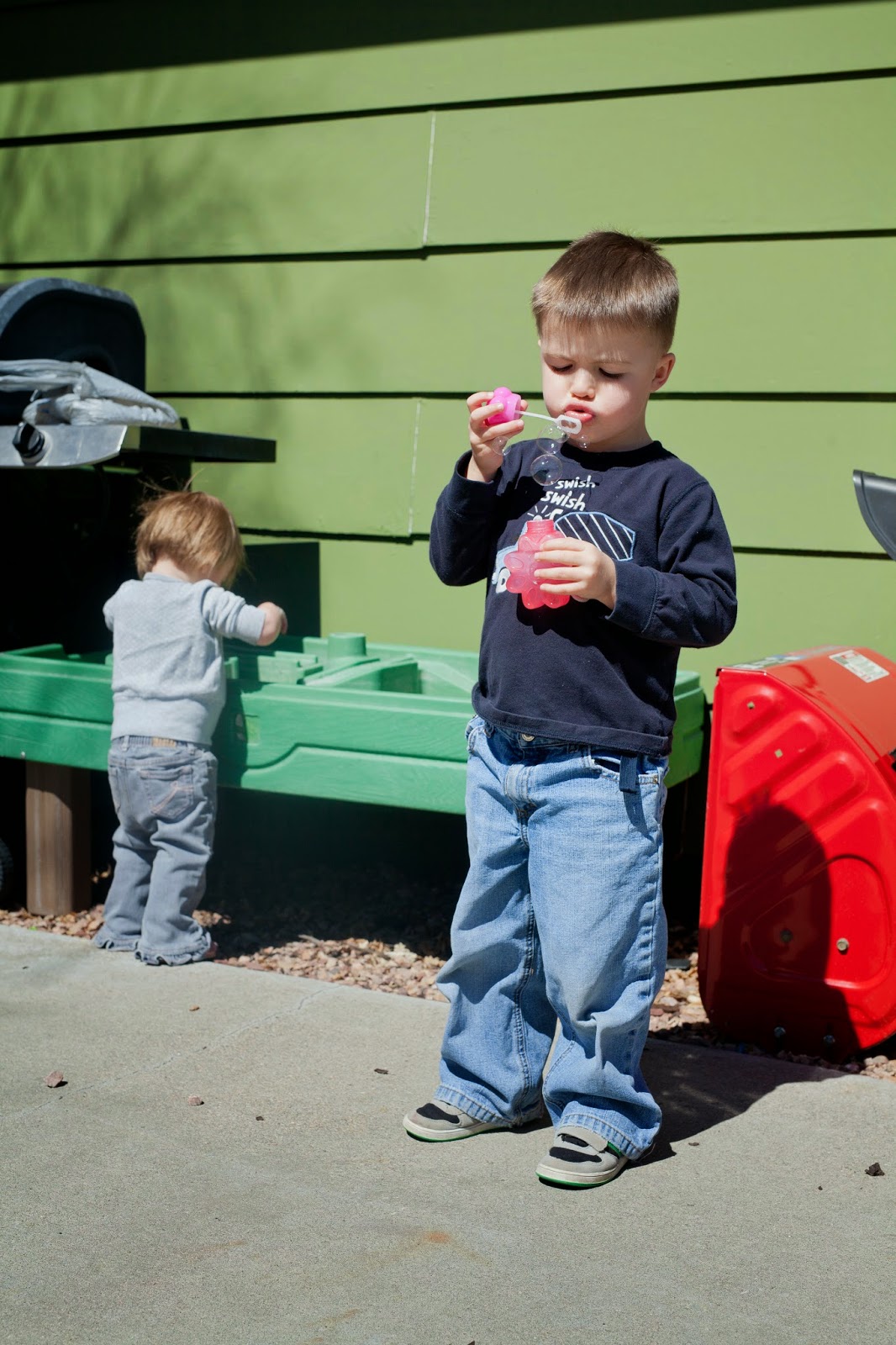 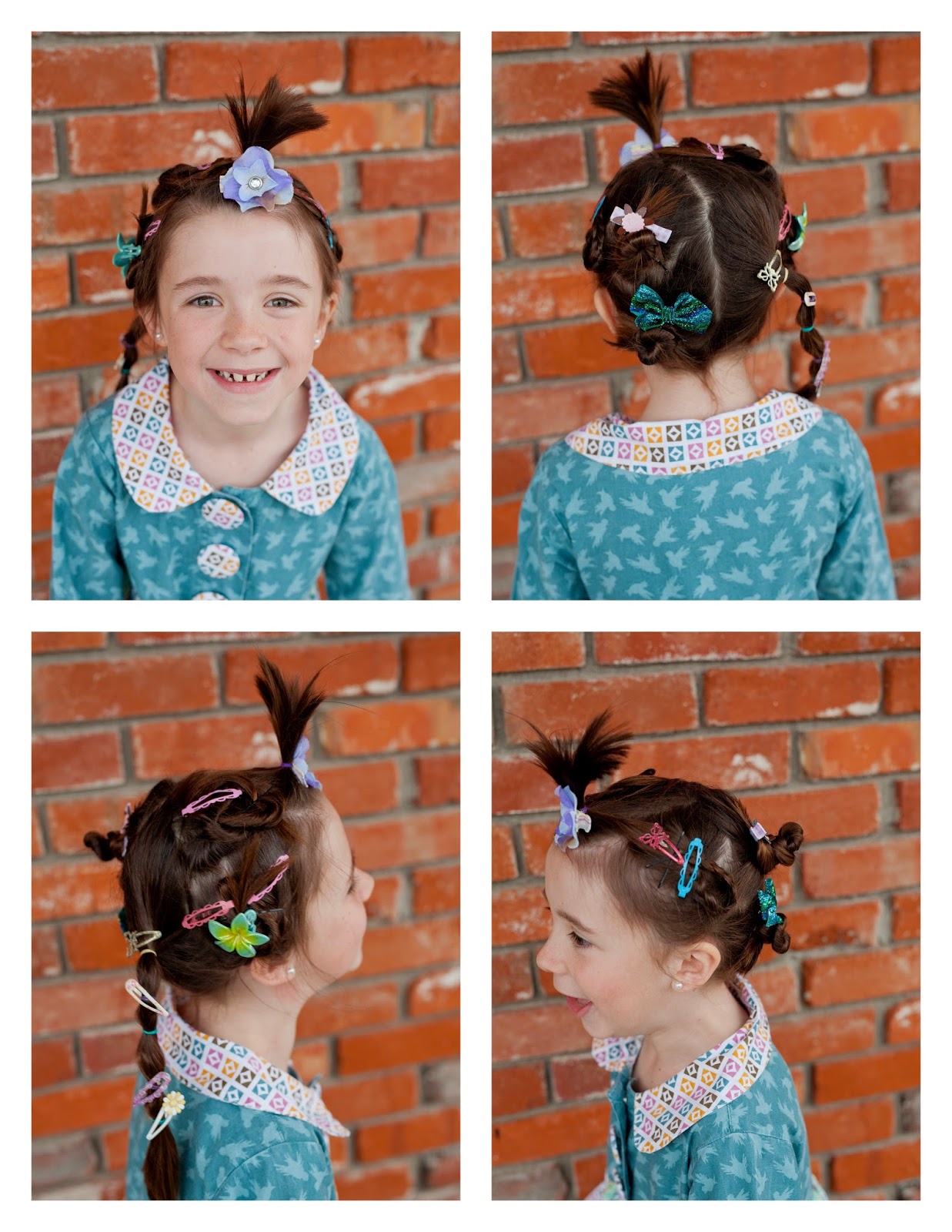 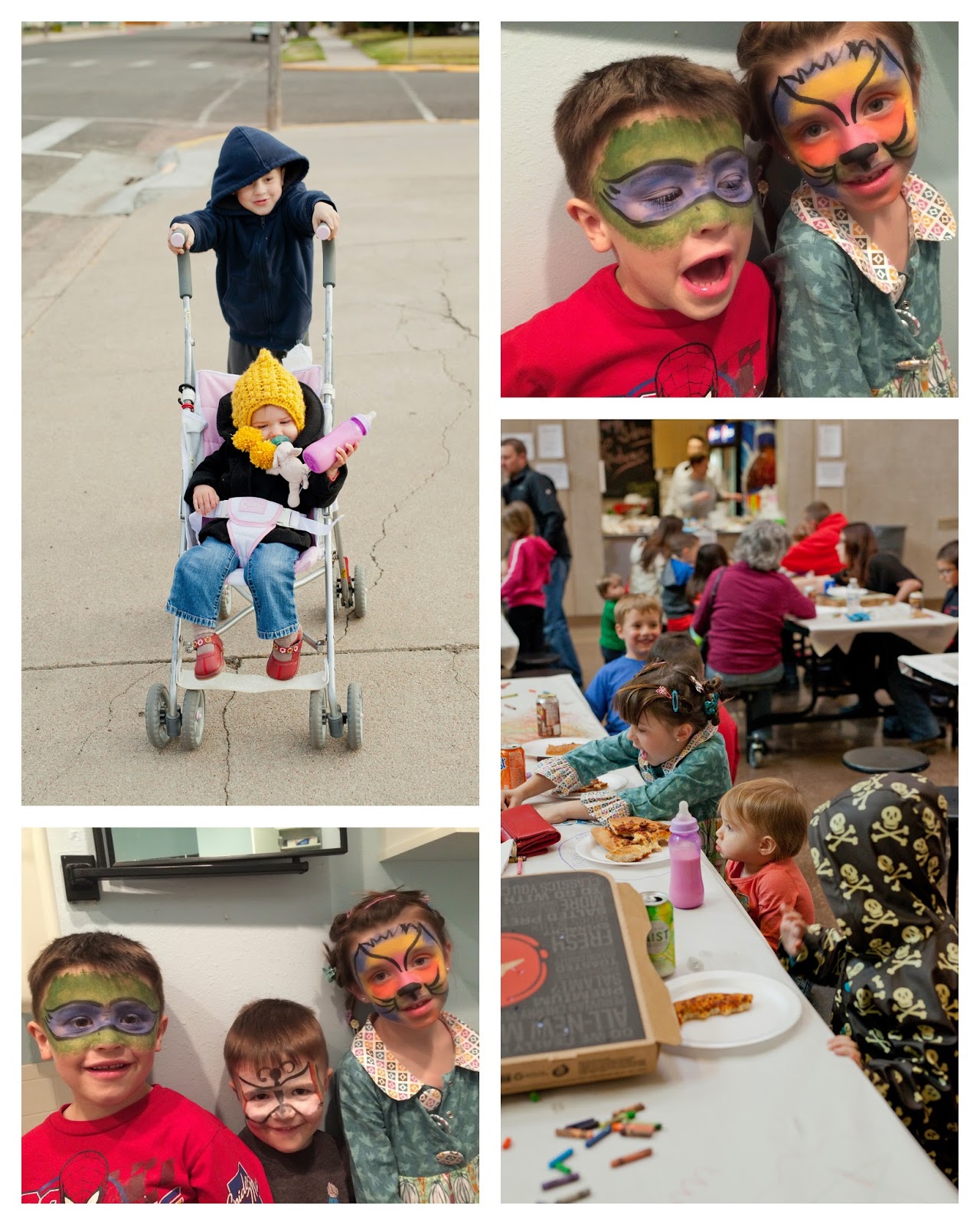 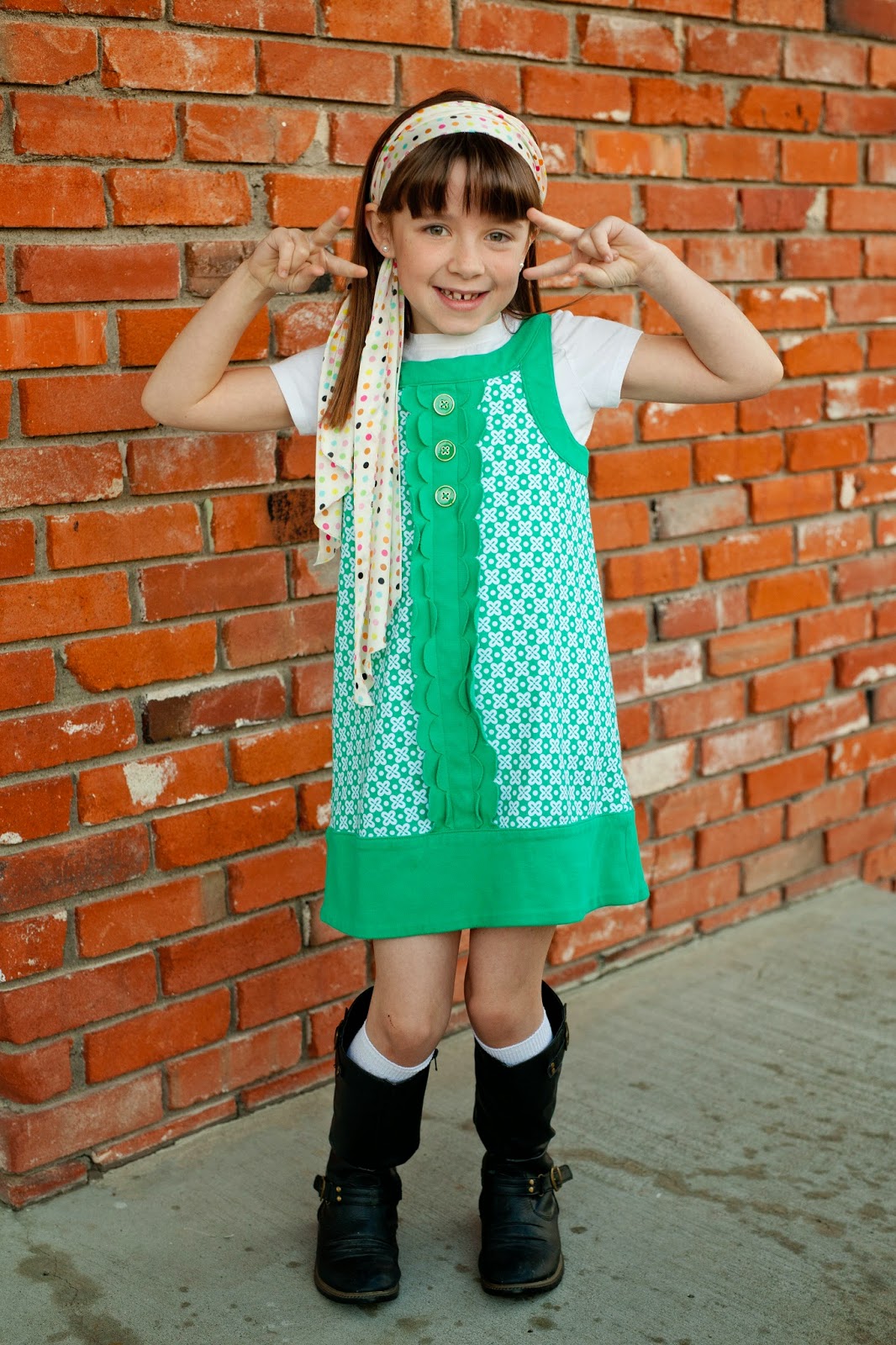 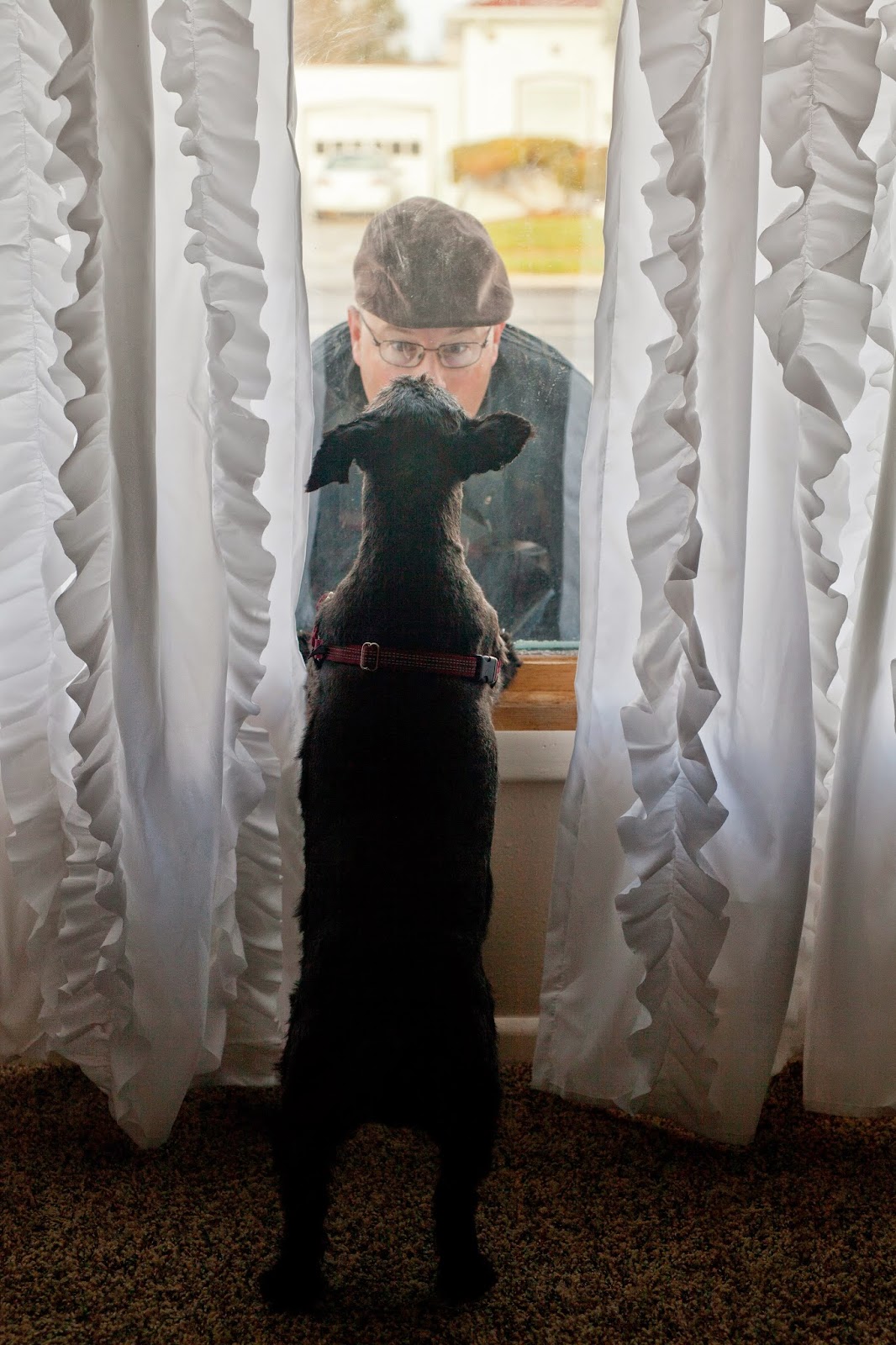 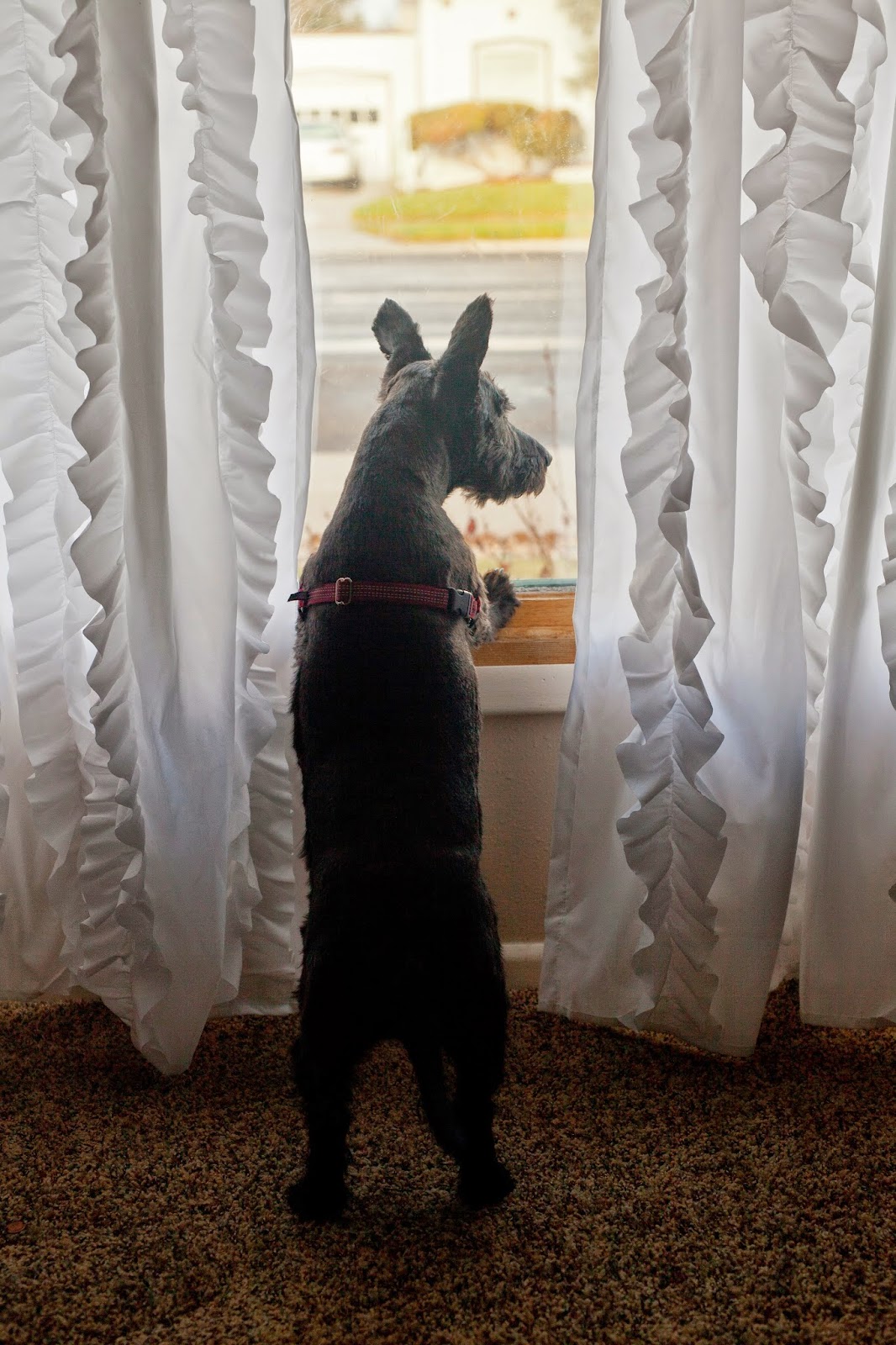 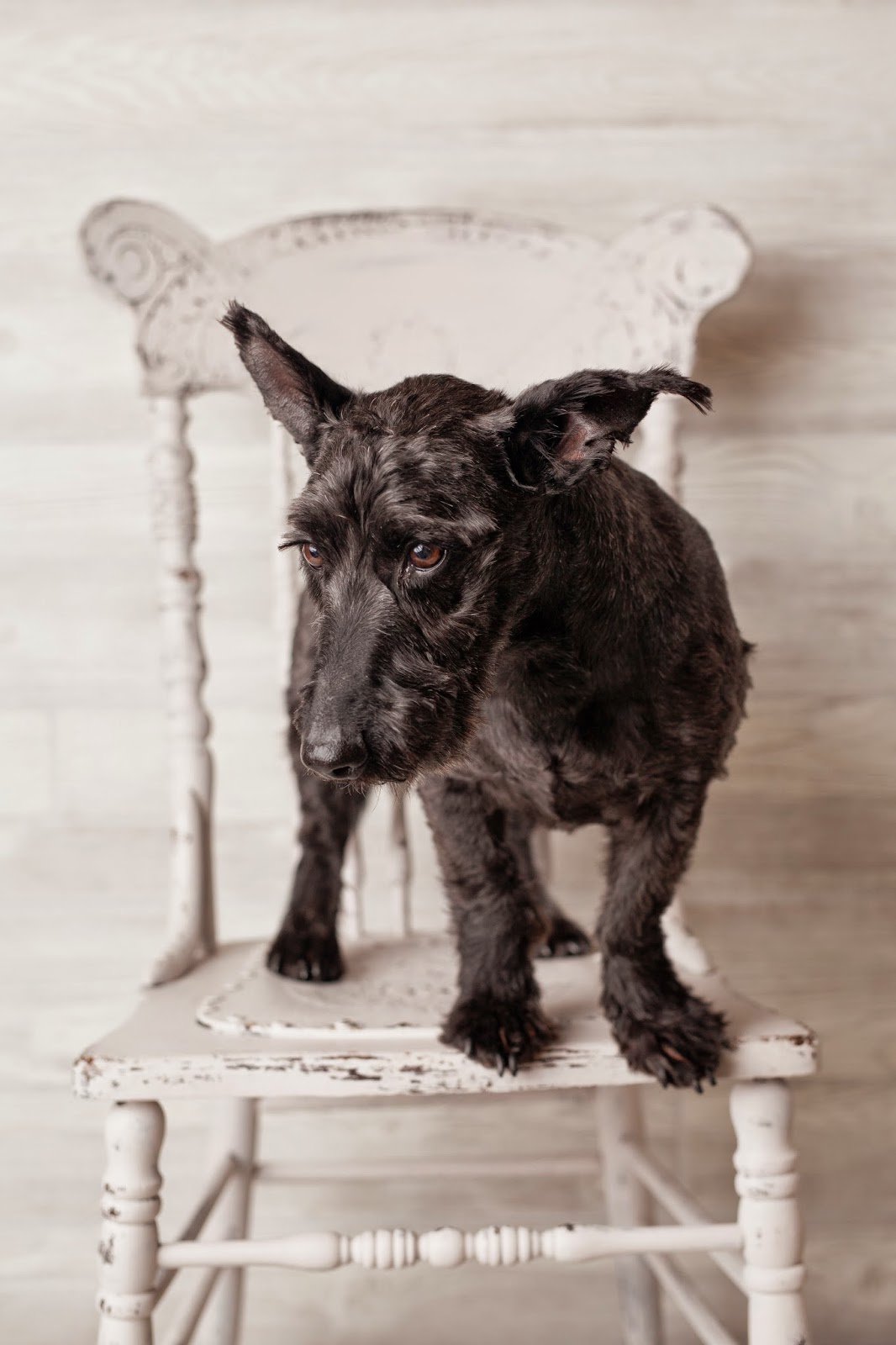 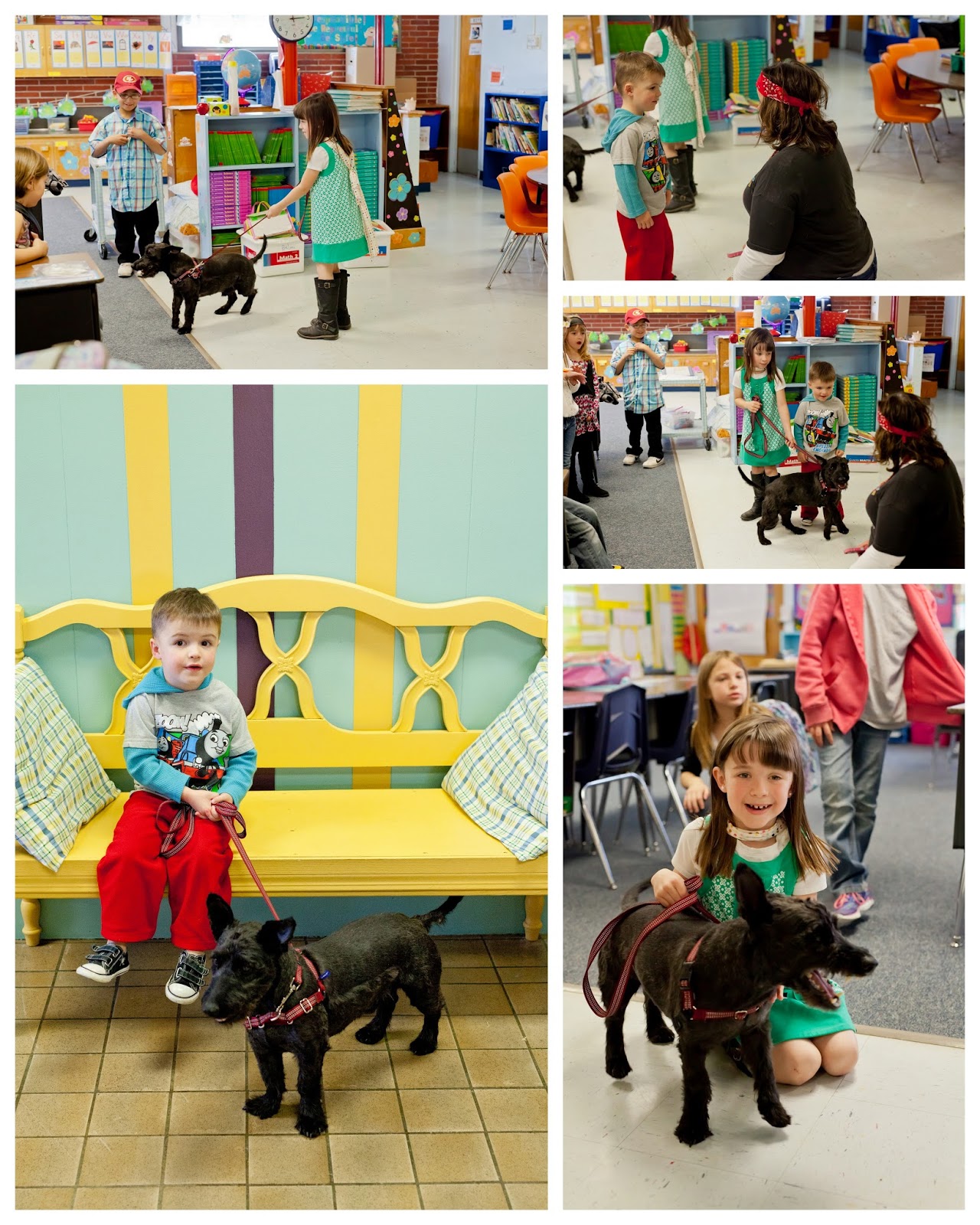 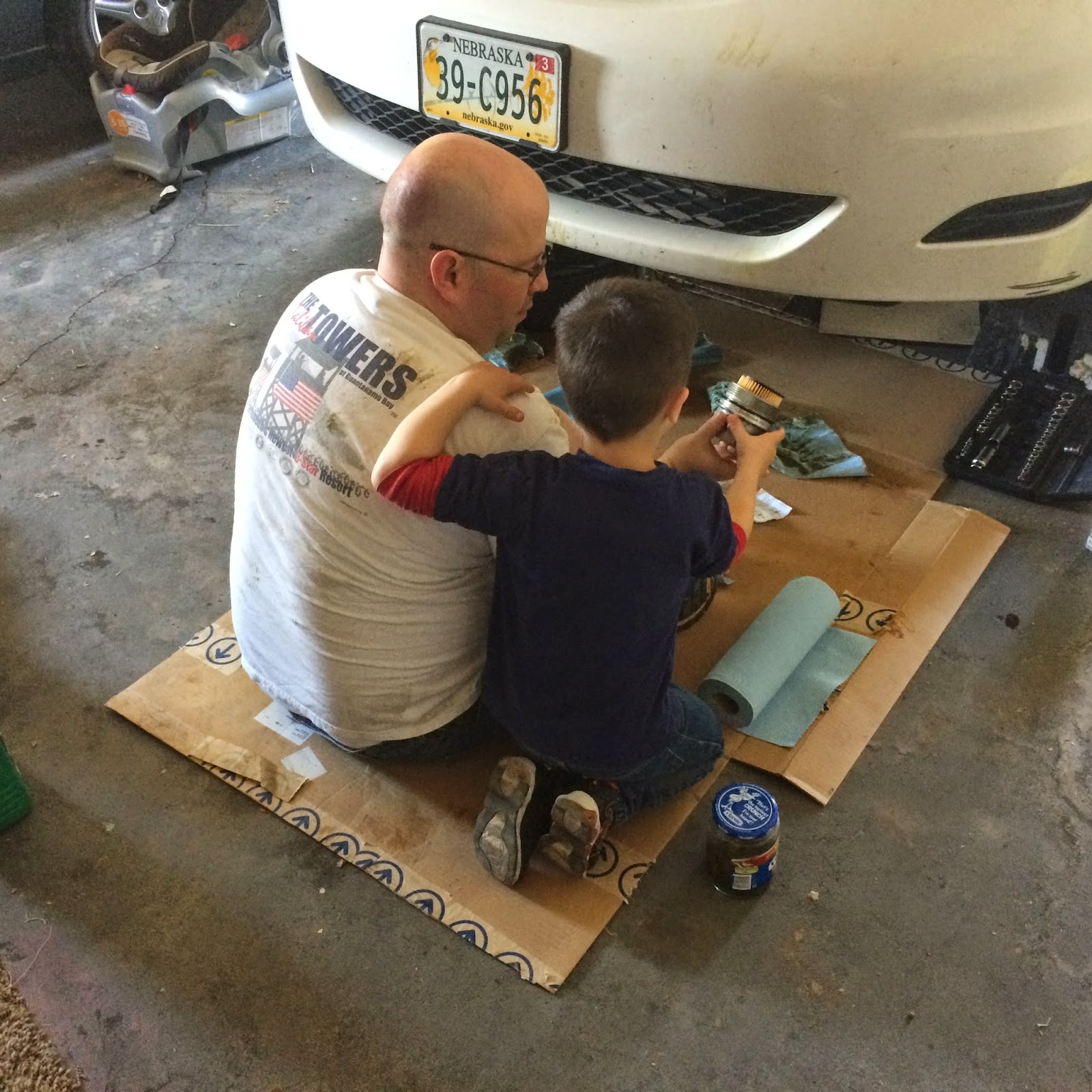 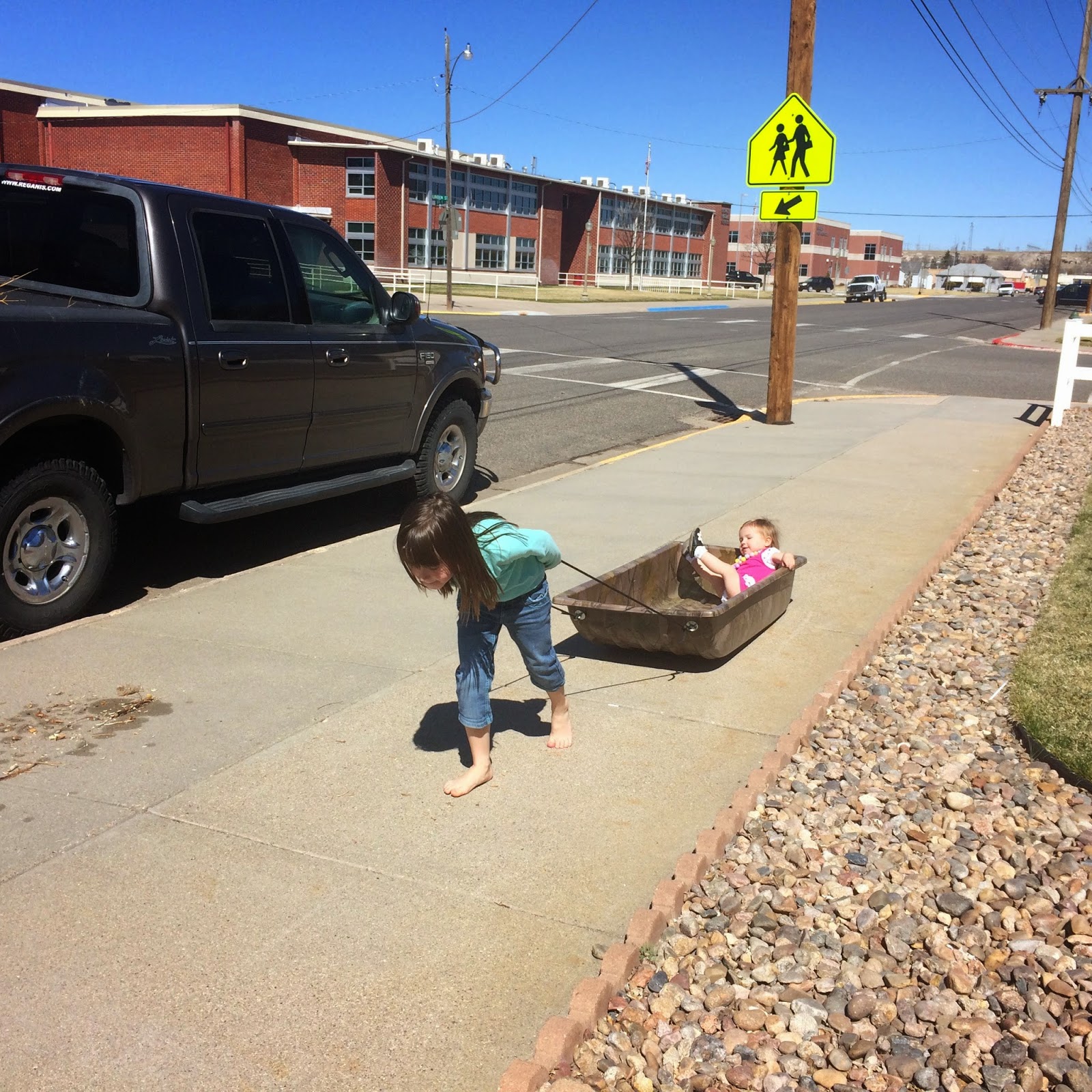 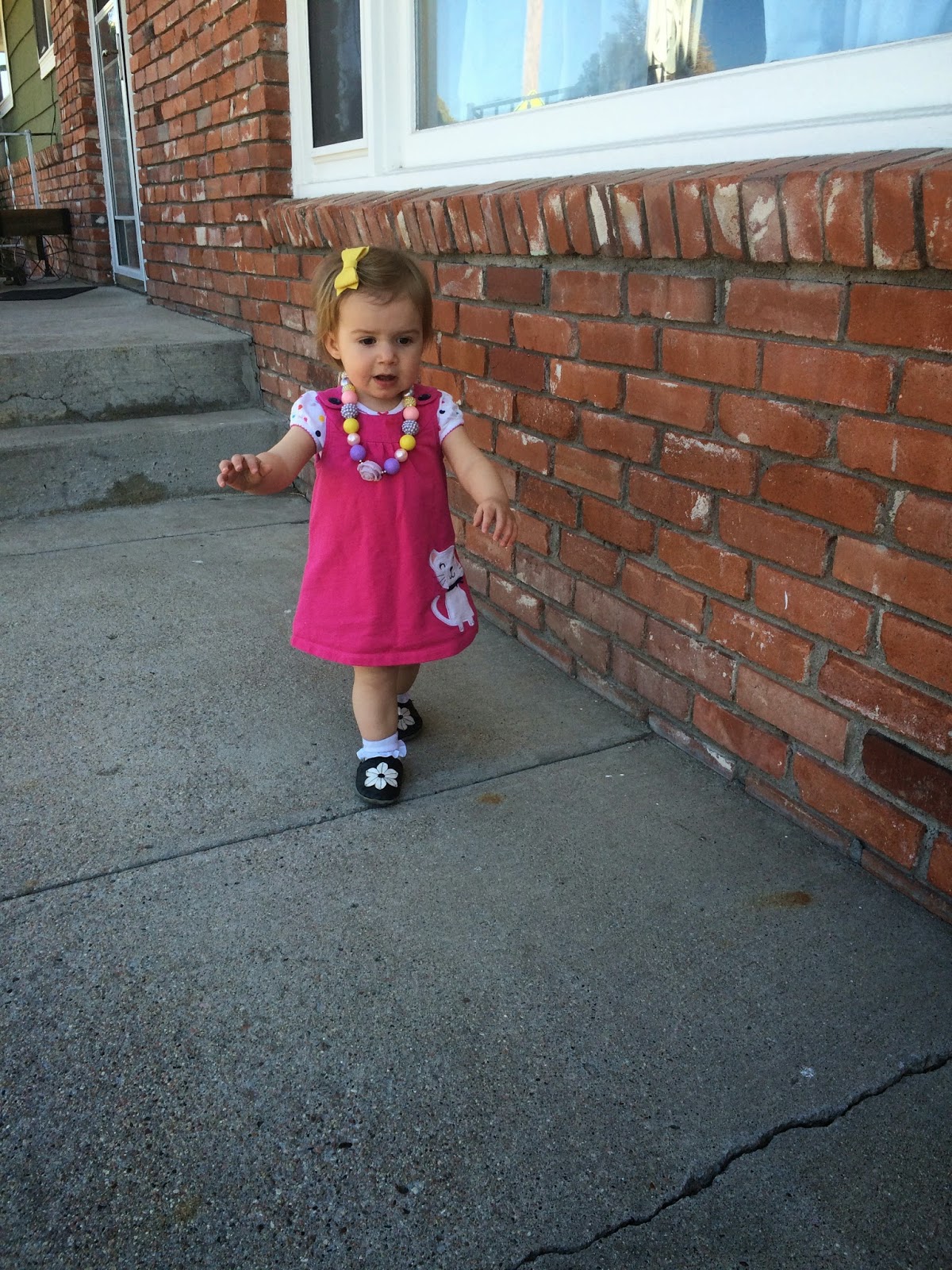 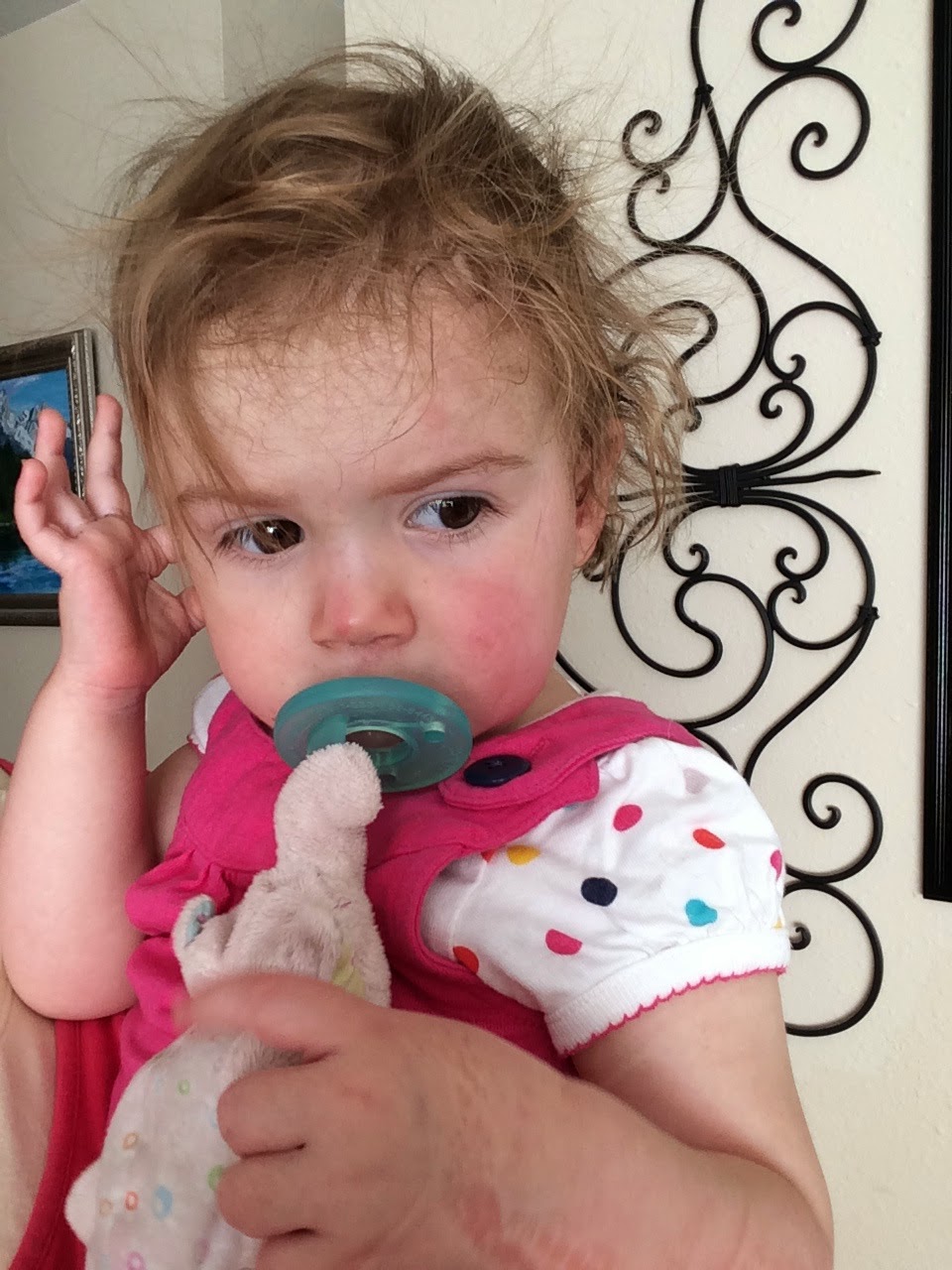 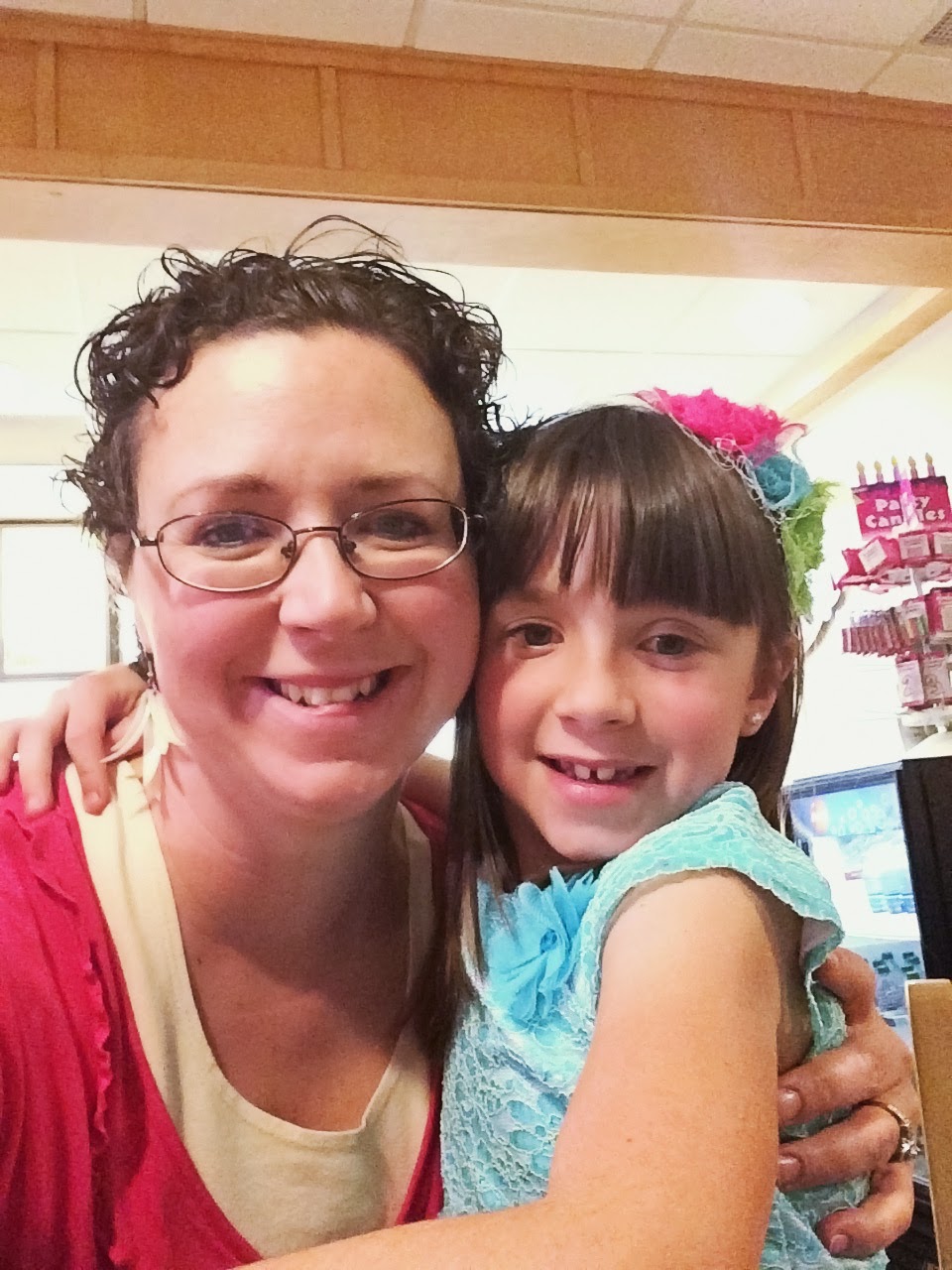 We have a dog. We have a dog. We have a dog. Strange. Justin sent me a photo of a Scottish Terrier last Sunday. Tuesday after work the family was on the road to Chappell to meet Tank at the Animal Rescue Center. Oddly, Evelyn was mostly ambivalent around the dog. The kids were thrilled to meet Tank. Less than 30 minutes later we drove off with a dog in our van! We paid $50 for the dog. He is a Scottish Terrier and Schnauzer mix, weighs about 32 lbs, is 6 years old, crate trained, potty trained, mostly house trained, and very well mannered. I packed a dinner picnic to eat while in Chappell. It was too cold outside for a real picnic. The Franken's invited us to invade their home and use their dinner table for a quick meal. On the drive home Justin and I were discussing dog names. I suggested Darth Vader (knowing his love of Star Wars), from the back we heard Phillip say, "You mean DOG Vader?" YES!!! That is his new name. We enjoyed visiting with Becky. Justin ran to the store after bedtime to get some food and a bowl.

Dog Vader is settling well into our family. He is a very calm dog who tolerates the kid's shenanigans. I am trying to get used to the smell of a medium-sized dog. Not my favorite scent. Amelia loves to take Vader on walks. Wednesday she took him on 12 walks around the block. Poor dog was so tired by 9 pm he went straight to sleep with no whimpering. Everett, Evelyn and I washed his crate after lunch. Evelyn was fascinated with the soap bubbled water. He only barks on occasion, like when a dog walks by, or when we close the bathroom door while the kids are splashing in the bath. Evelyn was not so keen on the idea of a dog in the house. She would cry each time his nails clicked on the floor. Already she is doing much better, she loves to pet him and try to poke his eyeballs.

I finished sewing three outfits and appliqueing a shirt this week. I think they turned out super cute. Amelia enjoyed two days of spirit week. Thursday was crazy hair day, we did a good job at the crazy part. Friday was 70s day. She looked like a go-go girl! Friday I brought Vader to her school for show and tell. We arrived in the middle of a 70s music party in the gym! Everett was thrilled to join in dancing to YMCA. Mrs Belieu is the best teacher ever. She asked awesome leading questions that Amelia answered to the class. Phillip is still a bit shy of Dog Vader, he likes the idea but not the reality.

Thursday I volunteered to help Evelyn Hornbarger paint faces at the Booster Club Bingo fundraiser. Justin had to help the George family move after work. I put on Evelyn's squeaky shoes and shuffled the kids over to the High School with a prayer in my heart. We signed in, got Bingo cards, and paid for pizza and soda. I sat the kids at the table nearest the face painting area. We painted over 100 kid faces in 2 hours. Evelyn spent most of the time parked on my lap or emptying my wallet! Yep, I can paint faces with a kid on my lap. Later she discovered how fun it was to crawl under the tables and run down the auditorium ramp. I was wiped out by bedtime. I heard that the booster club raised over $4,000 that night. I also donated a photography session to the raffle.

Saturday morning I had an impromptu photo session with two little sisters. We enjoyed the day outside working on the yard. Justin and Phillip changed the oil on my van. Amelia went to her first Women's Broadcast with me. She is just a month shy of her 8th birthday, close enough for me! The RS presidency had a waffle bar set up for dinner. Amelia and I loved the coconut syrup. Yum. I enjoyed sitting next to Amelia during the broadcast. We went out for an ice cream cone girl date after the broadcast.