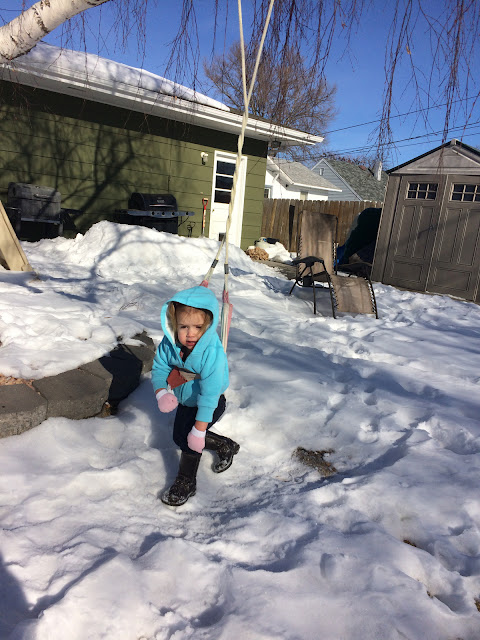 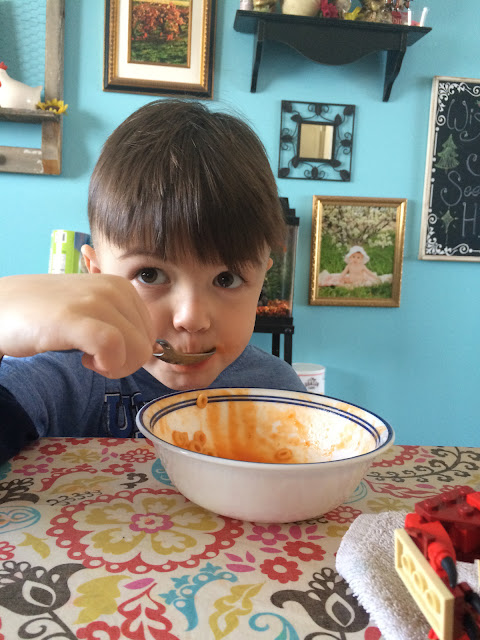 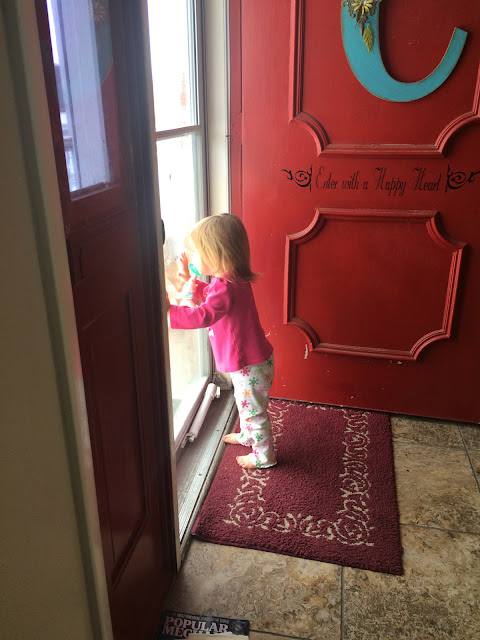 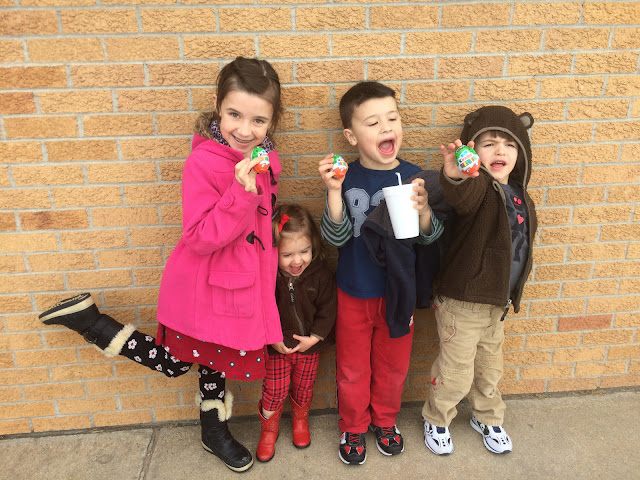 The kids are finally working themselves back into school. The first couple days were full of whines and rebellion. The first day back for Everett he noticed me at pick up time, he ran over yelling how worried he was about me. Melt my heart. He was thrilled to get his first birthday party invitation from a classmate.

It took me 4-5 days to get Christmas taken down and put away. Our living room was quite a disaster as the switch up took place. Evelyn would put decorations back on the tree faster than I could take them off. She was not a fan of packing up the pretty tree. I felt pretty terrible most of the week with nausea and extreme fatigue. I felt much better by Saturday.

Amelia came home with a stellar report card on Friday! She earned straight A's this quarter. No surprise there! The reading per minute per goal is 89 wpm, Amelia scored 220 wpm. One thing we've noticed is how talented she is at reading hard to pronounce words. She can whip out strange sounding words found in the BoM with considerable ease. Amelia was pretty tired this week, she had a hard time being nice to her brothers after school. Saturday was especially bad for her. Makes Justin and I feel sad when she acts like such a stinker.

Saturday we went to Oya for lunch. Our waiter gave each kid a Kinder Egg Surpresa. You should have seen the joy on the kid's faces! He scored some major points with these kids. Everett watches a YouTube channel showing Kinder Eggs being opened up. I've tried to order eggs but the dang treats are illegal in the USA because the toys are "choking hazards." Justin and I had quite a time thinking about starting a Kinder Egg smuggling operation. You know: pull up to the ole Oya Grill at midnight, "yo chollo, have any Kinder eggs?" Crack us up. The kids each found a small animal inside their eggs. After lunch we all went to Walmart for groceries. It was pure kid torture. We delight in torture.

I sent off my camera for maintenance, cleaning, and repair. It felt like a child sent away. You will have to endure crappy iPhone pics for the next couple weeks. I hope it comes back in mint condition in time for baby #5 to make her appearance.

*I somehow lost a package of tortillas. I found the package tucked in between the basement couch cushions. I asked Phillip why the tortillas were stuffed into the couch. He replied, "Mom, when I sit here to watch TV and get hungry, I just slip my hands between the cushions and sneak out a tortilla to snack on." Good to know!
*Phillip snuck in a bag of unshelled peanuts for our trip to Sterling pool on Monday. I had no idea until a couple days later! Imagine peanut shells littering the entire back seat and floor. Grrrr.
*Everett's new phrase can often be heard whenever his heart or feelings get hurt (which for him is often). He tells me, "Mom, you broke my heart and you broke my feelings because I did not get the cereal I wanted!" He tells me only a shrink ray gun can fix the problem, too bad our Walmart does not carry that type of gun.
*Everett is going through quite the tantrum phase right now. He is hitting, kicking, pushing, and being a stinker whenever his way is not honored or he gets upset. Phew, he ends up spending time on his bed until his happy buttons come back on. He really, really, really reminds me of an angry squirrel. That kid gets grumpy when tired.