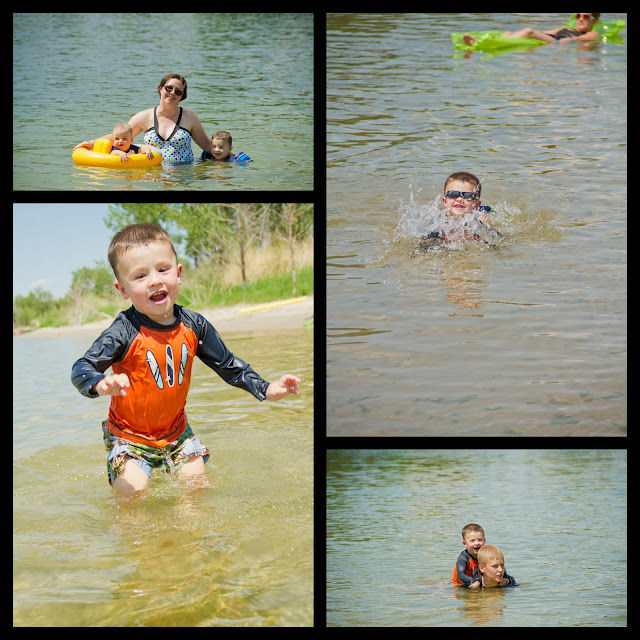 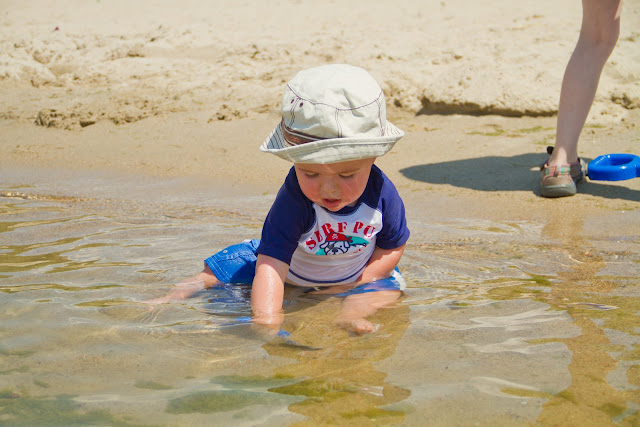 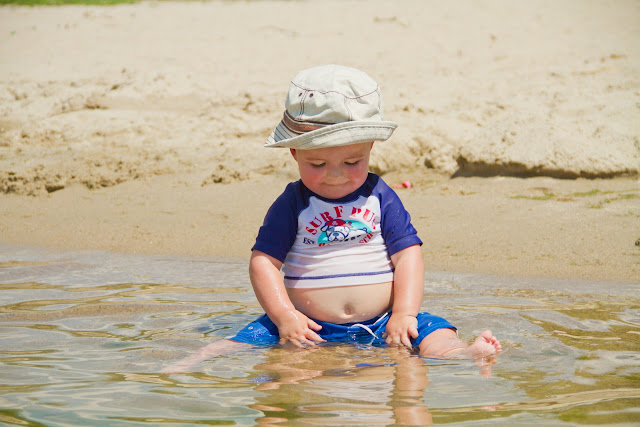 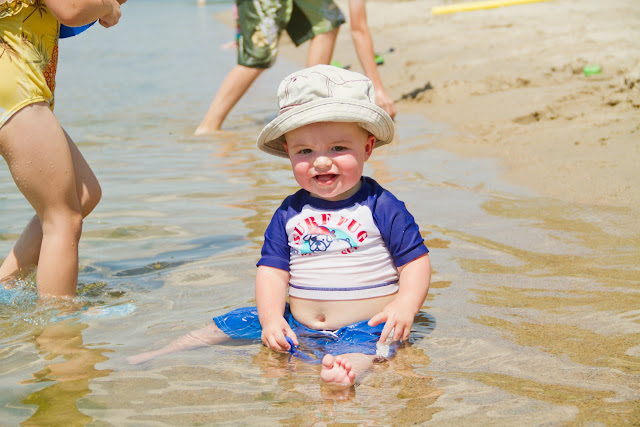 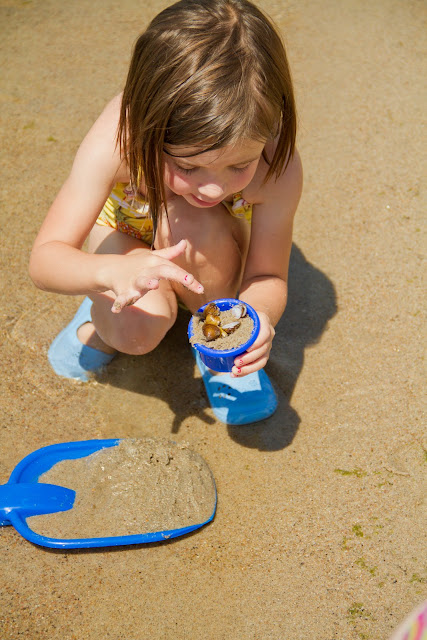 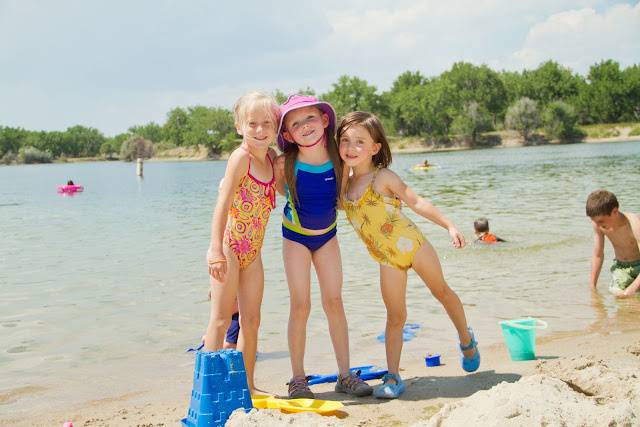 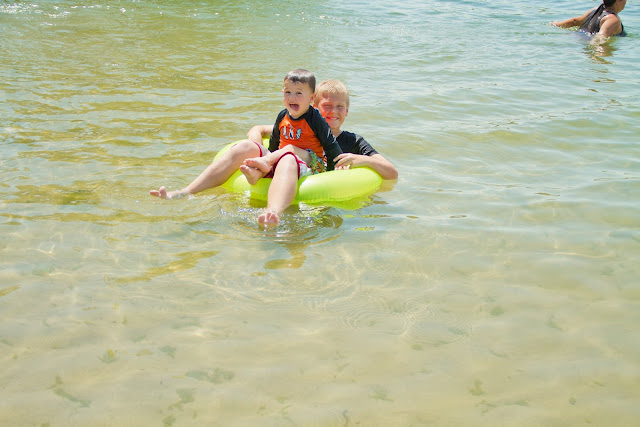 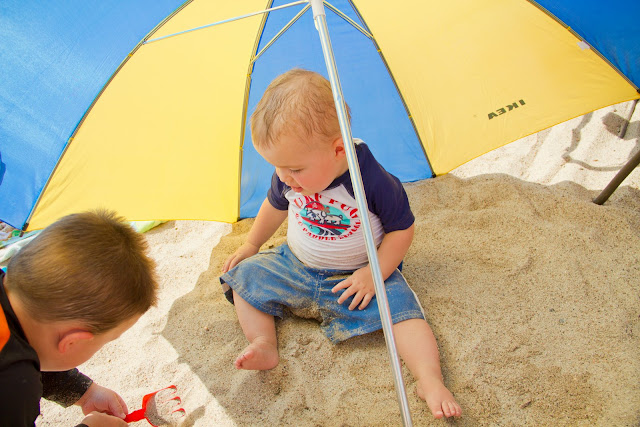 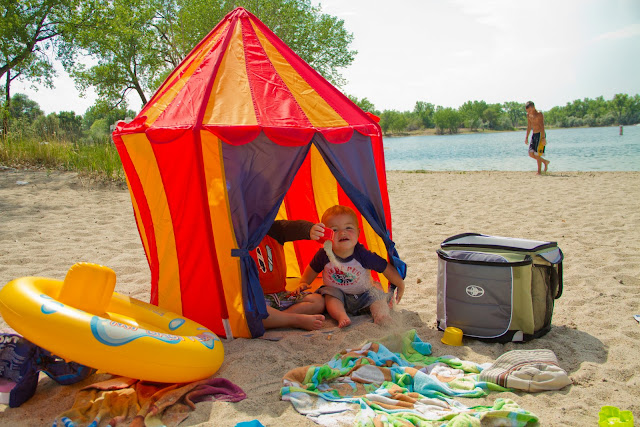 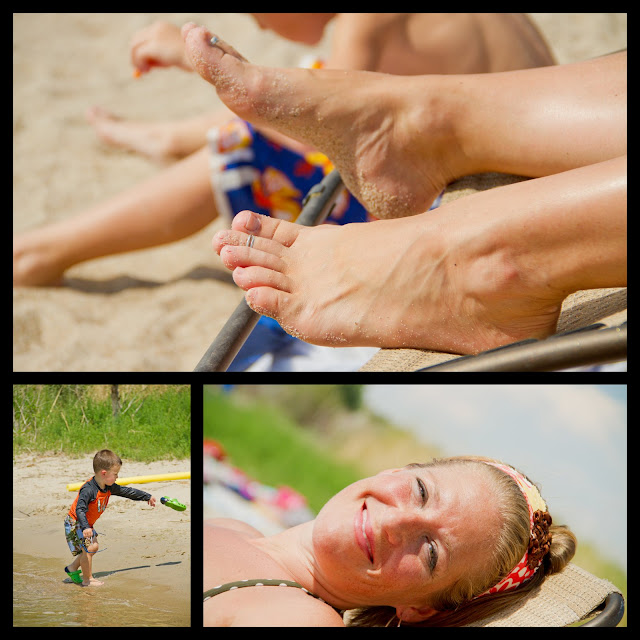 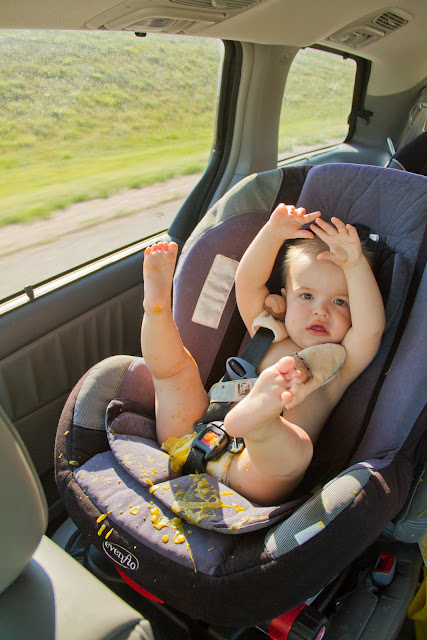 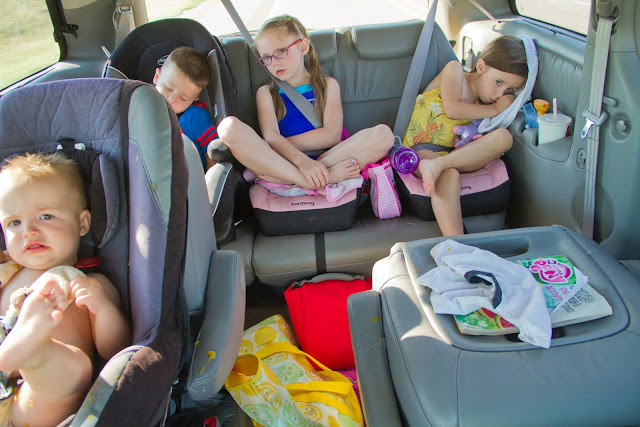 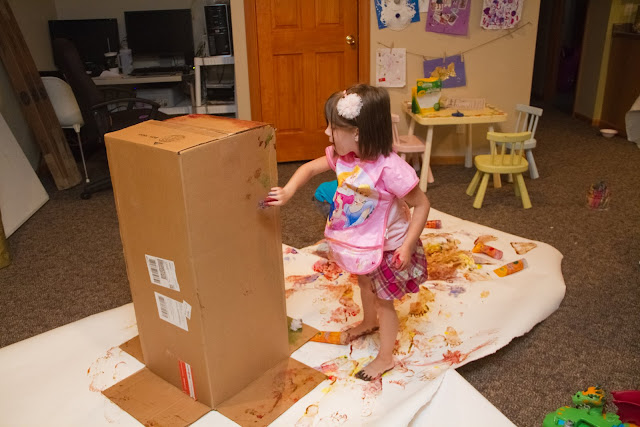 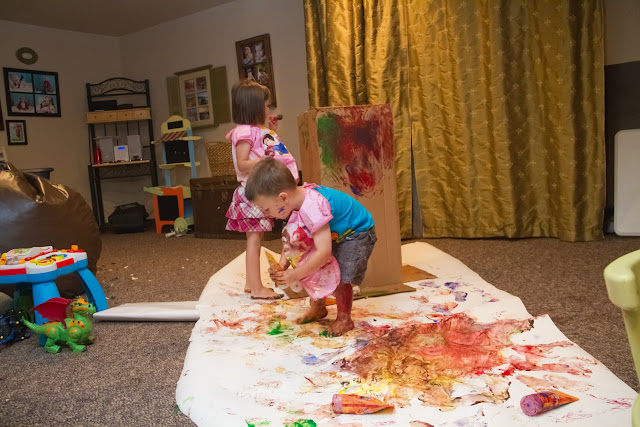 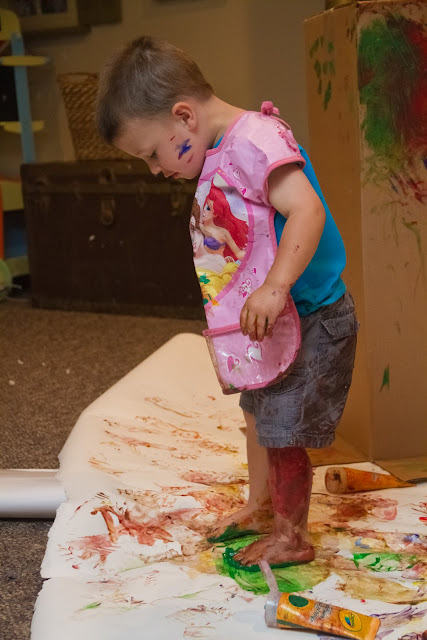 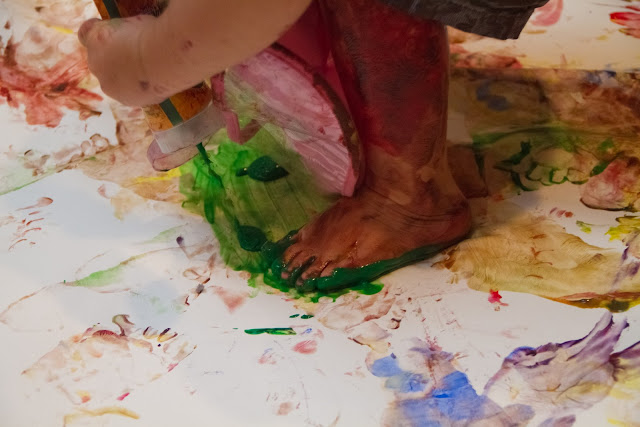 Wednesday night the kids and I went to Walmart for some items while Justin went shooting with his buddies from work. Walmart with three kids is not my idea of fun. This time was no exception. It was even more frustrating working with the paint counter to get some paint matched. Phillip made the evening when he noticed a large black lady near the pharmacy. He put on his Buzz Lightyear shades, looked at her and said, "I hansome....! Thums?!" Then stuck up his stubby thumb. He has a healthy sense of self! The lady and I were laughing so hard. I took the kids for ice cream after...more for me than for them.

Thursday morning the kids went to the park with Neleigh and their bikes for an hour. Kelly wanted to try and get some Nursery photos with her little baby Stella. Amelia was excited to "ride her Tangled bike with the new inner tube." Baby Stella did not want to cooperate so I enjoyed the park with the kids for a while. Alison invited us to play at Bridgeport Lake so we went spur of the moment. Amelia's friend, Stella came with us to the lake. The kids had a perfect afternoon in the water and sand. Phillip loved playing with Drew, riding on his back or with his floatie. He had a near drowning experience but quickly overcame that. Everett. Everett...he loves the water. He was standing in the water and jumping with his legs while in his floatie. He also learned how to spin his floatie around. Amelia and pals made castles, picked up fresh water clam shells, and played in the water. We stayed for 3 hours of fun. At one point a large youth group showed up. Stella and Amelia soon made about a dozen friends and had the teenagers playing octopus or mermaid with them.

I sewed up two large bean bags last week. The next step was the messy part: filling them. Kelly's bean bag was filled from an older bean bag stuffed with shredded foam. Amelia and Phillip tried to help me by jumping on the old bean bag blowing shredded foam all over me and the floor. I set them up with finger paints, an old box, and some white backdrop paper. Amelia squirted some paint on the paper. Phillip immediately stepped in it. That was the most amazing thing ever. Soon both kids were covered with paint. I got the bean bag stuffed. Give and take! I threw the kids in the tub while I filled my bean bag with polystyrene balls. The balls were easier to stuff but super static-y. The bathroom was soon covered with white polystyrene balls. Thank heavens for the shop vac. I had such a fun time vacuuming that I sucked up some underwear, socks, and other various items. Watching the polystyrene balls sucked in the vac was, well, rather cool. Right after filling the bags we went to the park for lunch with Meagan and Stacey. Most of the time we can catch Stacey on her lunch break for Visiting Teaching. We try to have lunch at our home(s) or at the park. Amelia went to Stella's house after the park for a playdate. I helped Kelly pose a newborn session while the boys napped at home.

According to Amelia Saturday was the worst day of her life. We tried to go swimming but Sidney pool was closed for a swim meet. That ruined her entire Saturday. Justin and I tried to play with her in the sprinklers and wading pool. That was just not enough for her. Inwardly I was laughing/groaning that she is already saying stuff like that. I had a great Saturday filled with shopping, cleaning, laundry, yard work, hanging new pictures, and refurbishing a stool. On my way home from Walmart I passed the home that had the estate sale earlier on in the week. A bunch of leftover stuff was set out for free. I scored three apple crates, two cute stools, and a vintage chalk board. I covered one of the stools with leftover beanbag fabric, a dark brown faux leather.

Amelia gave her first talk in Primary today. Her talk was on Reverence is Love. The family colored four pictures for her talk. She did a great job delivering her talk. It was fun preparing her talk before bed. I love seeing how her understanding of the gospel grows. In Sacrament meeting Everett and Phillip needed several time outs in the hall. Each time I drag a kid out (we make it worse to be in the hall then in the chapel) I hope my exit is not too memorable. In RS the teaching commended me for having patience with my octopus boys as they turn purple while I drag them to the hall. Gawrsh.

***Kelly told me last week: another photographer friend of hers remarked that she wanted a friend like me who made amazing stuff and sewed. Kelly told her I was HER MORMON FRIEND...and to go find her own Mormon. I keep chuckling over that comment. 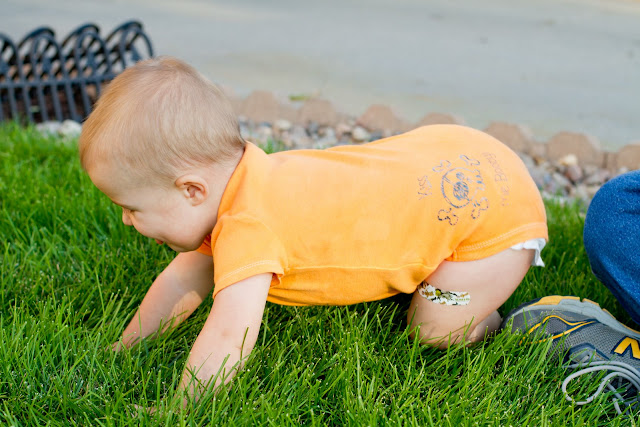 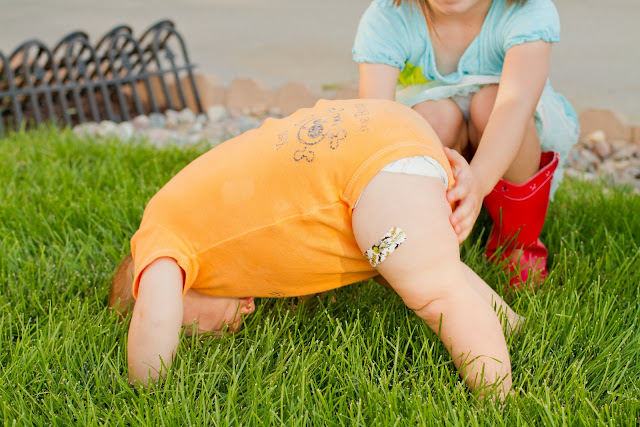 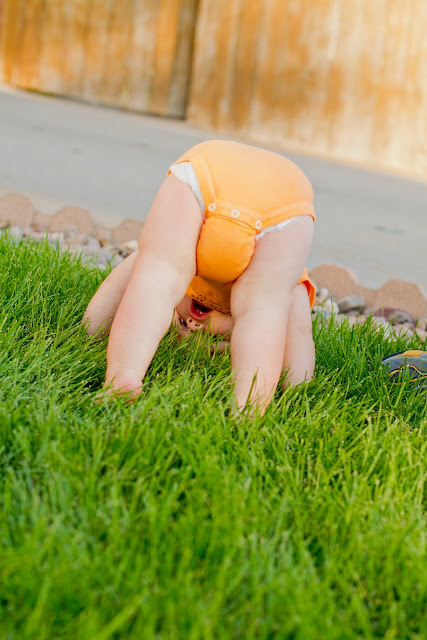 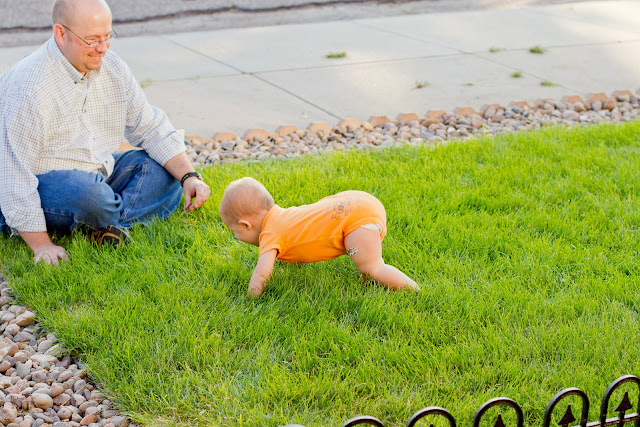 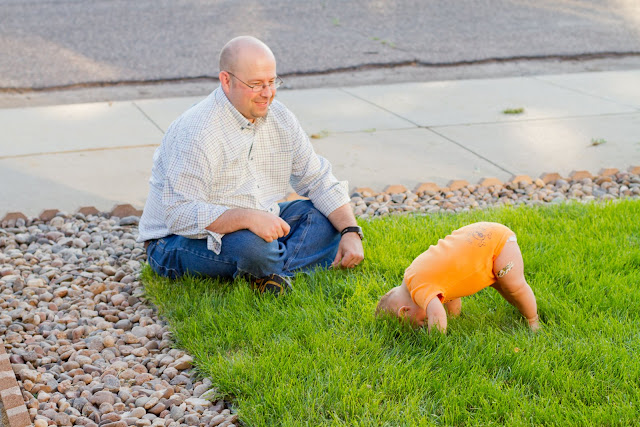 I got a haircut last week. My hair seemed extra wonky after it so I decided to get it cut again. My hair was two inches longer on the left side. It is more symmetrical but now my curls are not working. Every time I get my haircut I wish for a hairdresser who can cut curly hair. Kelly took some new photos of me to update my business profile photos. At least I felt cute for an hour or so.

Seems like this past week went by faster than usual. I had a fun newborn session on Tuesday. The kids went to the park with Neleigh while I took photos. It was a milder day with temps in the upper 80s. The baby was so sleepy. He had the longest, most relaxed fingers ever. Check my FB photography page for a sneak peak. It took me the rest of the week, working a minute here and there to edit his session.

Wednesday around dinner time I heard some strange noises that sounded like an auctioneer. With the echoes it was hard to tell if the event was at the Jr High or elsewhere. I was too busy with dinner and kids to investigate. Justin told me a home north of us was having an estate sale. He urged me to go over there and investigate. There were all kinds of buckets, old apple crates, stools, bikes, etc all from the 1940's era. We popped over towards the end so missed the really cool items. I did score a really cute teal wagon filled with old flower pots. Amelia and Phillip helped me clean the cobwebs and dust off it. I was beyond giddy! Everett learned a new trick in the yard while the kids and I cleaned. He raises his bottom in the air and looks through his legs. I now find dirt on his bottom and the crown of his head. He was cranky most of the day after getting his 12 mth immunizations. 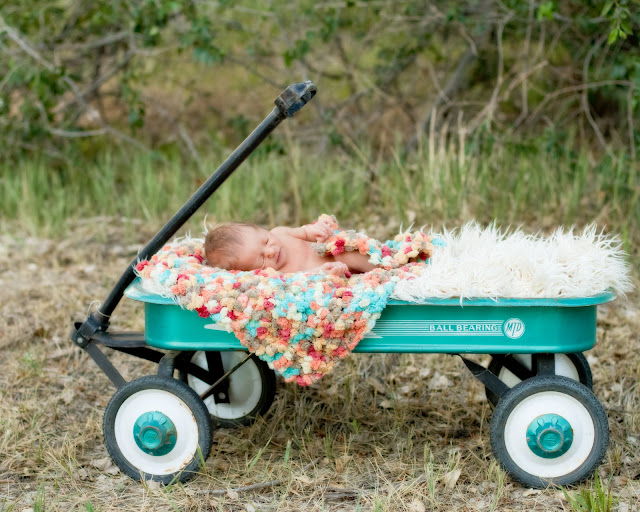 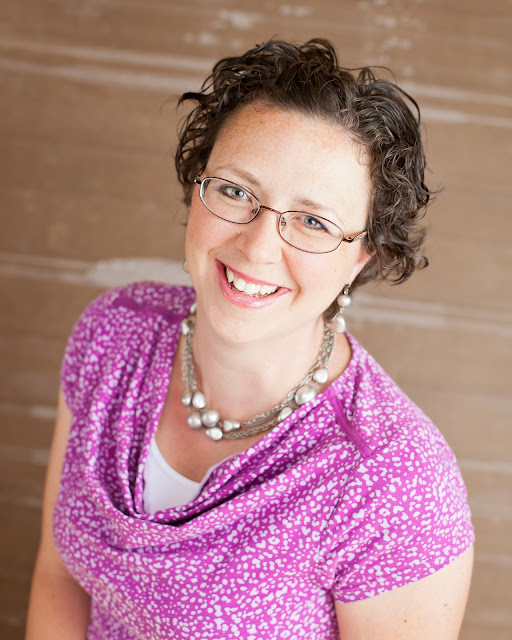 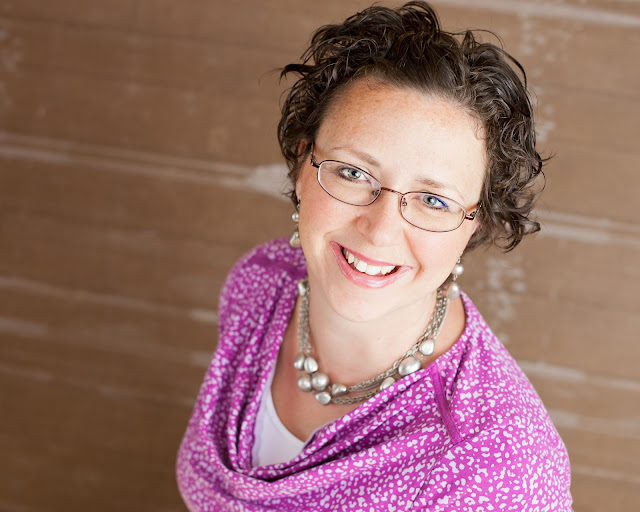