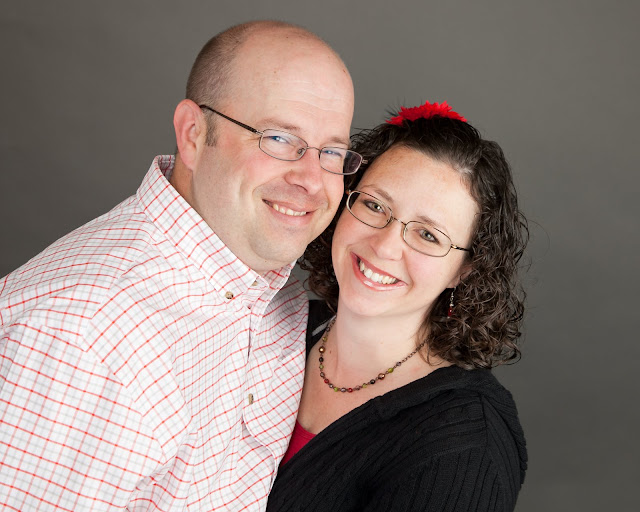 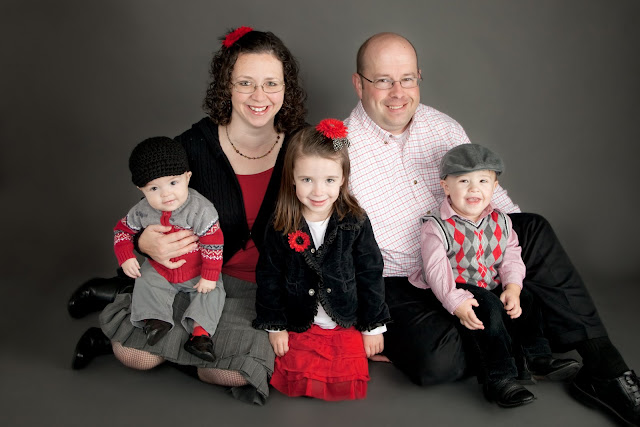 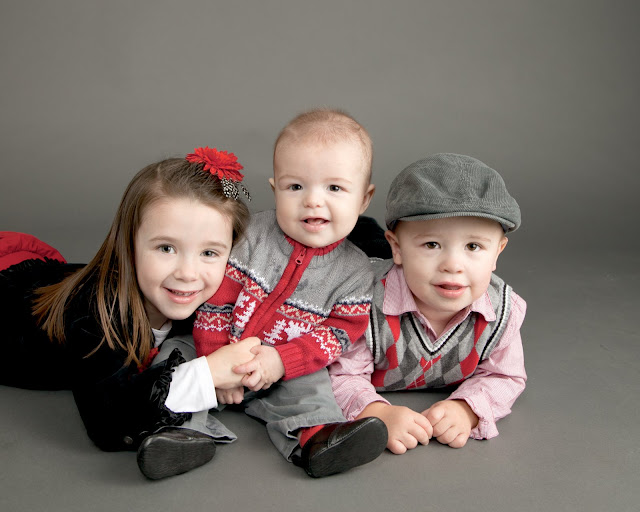 Today was a special day. Justin celebrated his 18th birthday...doubled. Friday he purchased bullets from Cabela's. The cashier asked him if he was over 18...he realized then that he was twice that age. What an age to be! With three loving, funny, and cute kids. A wife who adores him. Justin is one lucky man...and we are very lucky to be his family. Amelia made Justin several amazing art pieces using pen, ribbon, loose flower petals, and glue. She is into cards and scrapbooks right now. I think Ella gave her a new spin on what can be done with paper, scissors, and glue. She made a funny list of what Justin wanted for his birthday:

She sang song after song telling Justin how much she loved him with her heart and blood on his birthday. Today she wanted to decorate the whole house for a party that the Haley's would come to. Justin took the day off work. We drove out to Sterling for a change of pace. We had lunch at our favorite Mexican joint there, Santiago's. We found a new flat screen TV at Walmart. Ironically it was out of stock in Sterling but in stock in Sidney. Who'da thunk? Said TV is now hanging in all it's technological glory in the basement. We are cancelling satellite and going with Netflix and hulu+. Seriously, the TV has amazing quality. I earned all the cash for the new TV over the past few months! It is nice to have a little extra floating around. I almost bought Justin a new gun with my wad of cash but decided that TV would be more functional. Sorry honey...we will go to Cabela's for your real present tomorrow. LOL. Amelia snuggled with Justin at naptime. She read him two books and rubbed his back until he fell asleep. That was thoughtful! Happy Birthday to the love of our life. Thank you for all the effort you put into supporting us, loving us, and being an amazing father.

Jumping in the Leaves 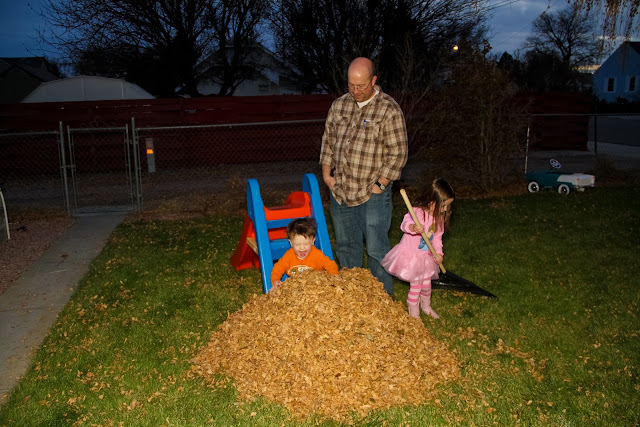 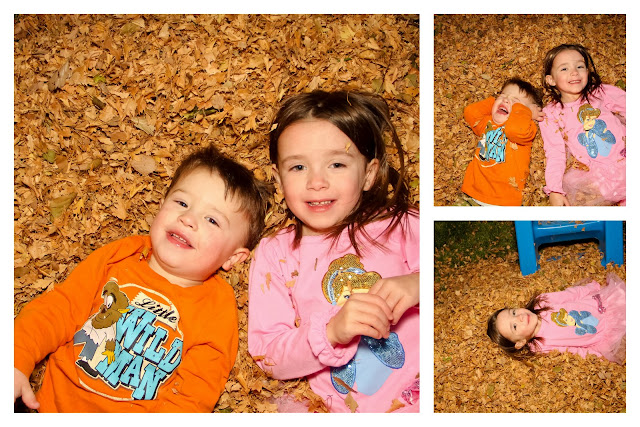 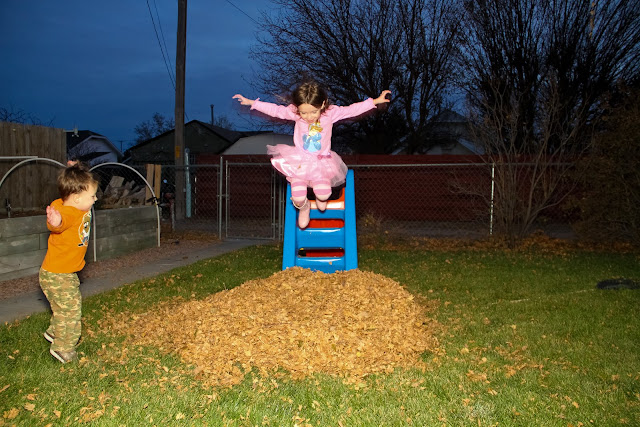 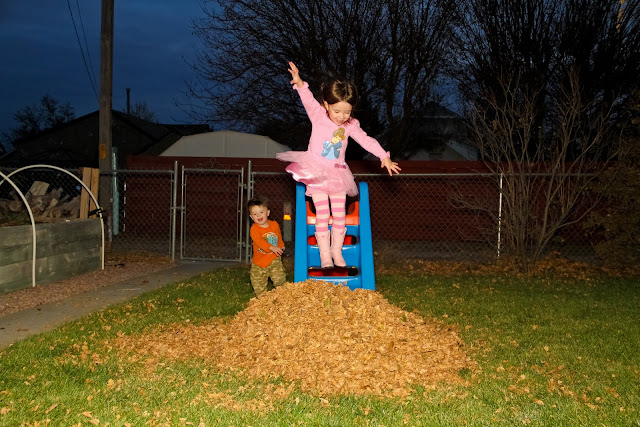 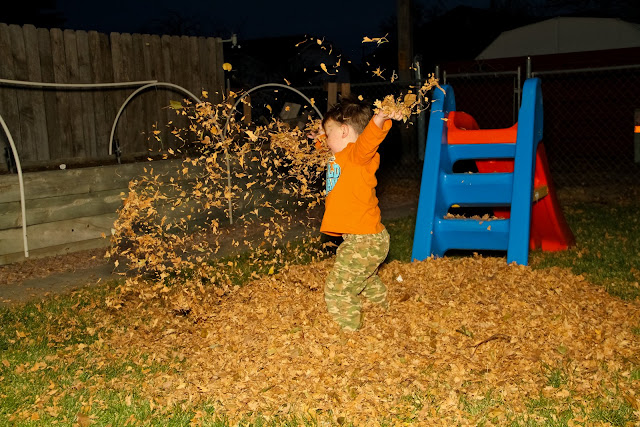 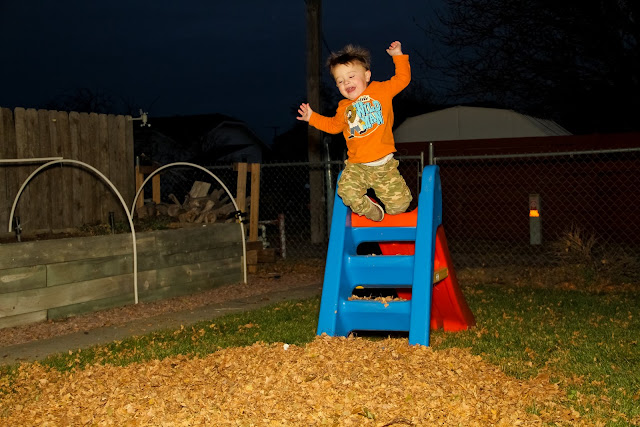 We jump started the weekend with a pile of leaves, the slide, and two excited kids. So cute and fun...and cheap! I pulled out my mini-apollo light box for my flash to practice with. It was nearly dark so the effects were not normal and sort of fun. Justin spent the evening getting his hunting gear all ready for deer hunting. He left around 4 am and arrived home at 6 pm. He was tired after a day of sitting in the brush watching for deer. The day was warm and windy, which did not bide well for drawing deer out into the open. No one in his party got a deer. The kids and I finished up 8 loads of laundry all folded and put away. Christine Landers kindly watched Amelia and Phillip for 6 hours so I could attend Nicole's bridal shower in Oshkosh. I figured the kids would have more fun with Zane and Morgan than sitting in a car for hours. I caught a ride with Betsy Durfee. We followed her google map directions and ended up on Ogallala, 50 miles away from where the shower was. Stupid directions! Betsy got us there in time to enjoy most of the shower. We got back home around 6 pm. I had 4 hats to crochet over the weekend. The drive time was a blessing! Phillip fell asleep within two minutes of getting in his car seat. He was super, duper cranky the rest of the evening.

Sunday was a bit taxing on Justin and I. Phillip gets violent when he is tired. He was so hyper during Sacrament Meeting. Justin reported that the nerd-o almost pulled the fire alarm. I could hear Phillip from mid-chapel over the microphone piped into the Mother's Lounge. Nursery was no better. He pushed, bashed, head cracked, and stepped over all the other kids. I was worn out after wrangling him and trying to keep peace in the nursery. It is hard to be a nursery worker with your own kiddos. We all took a long nap after church.

A nasty flu is going around Sidney of late. Thankfully, none of us have contracted it yet. Alison cancelled preschool at her home on Monday. Amelia was moping around so I held a special school session for Amelia and Phillip. We talked about art, the function, purpose, and love of art. The kids painted two beautiful murals with finger paints. They did a really great job following instructions and cleaning up.

Two funny things involving Phillip this weekend:
1. caught him in the bathroom with his nether regions bared, peeing all over the outside of the toilet. He was squealing with glee over the discovery that his pee can move where he moves. The little stinker was dancing his pee all over the white throne. I about swallowed my tongue trying not to laugh, making him clean up his mess.
2. yesterday morning I went upstairs to get Everett and Phillip some clothes. When I came back down, Phillip had stripped off Everett's clothing and diaper. He wiped off Everett's bum and was trying to put on a new diaper. The diaper was backwards thus caused him some frustration. Then he nursed his monkey and wiped it's bum too for good measure. Last week Phillip and I played house. I showed him how to change a doll's clothes and diaper. He was a very attentive student!