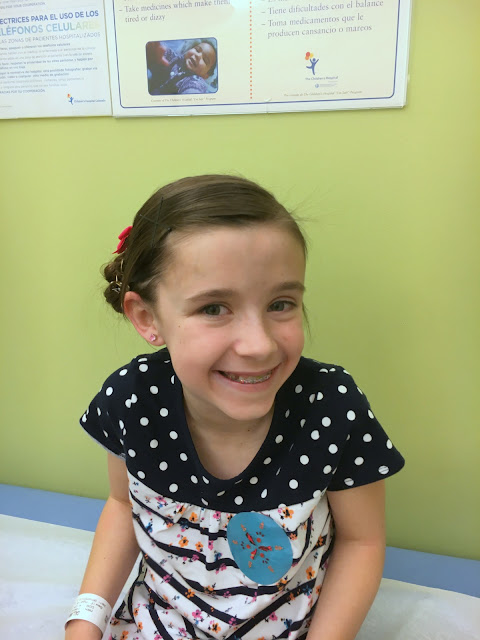 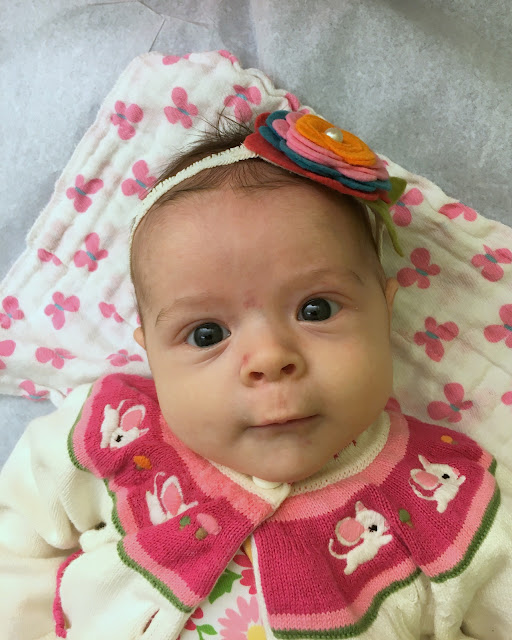 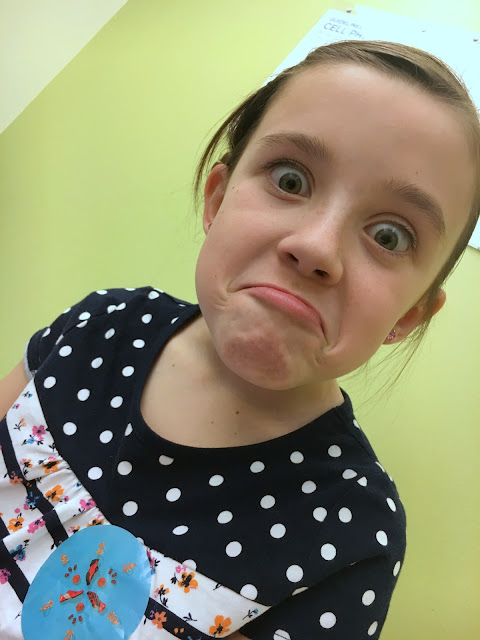 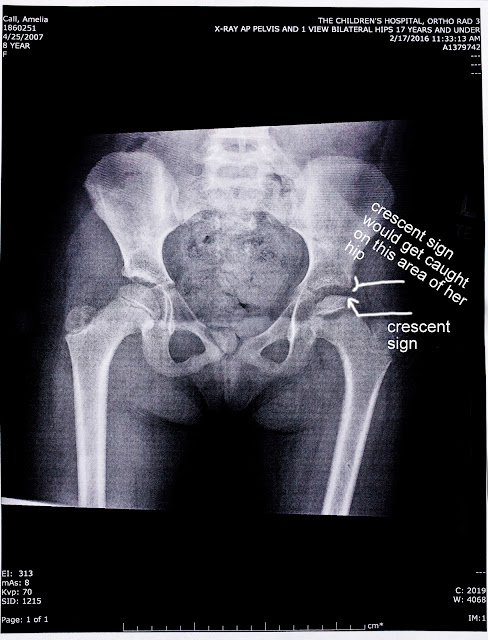 Justin, Amelia, Evelyn, Josie, and I left for Denver to see Dr Georgopoulos. I arranged for Everett to spend the day with Max Rognon. Phillip spent the afternoon with the Rognon's as well. We missed his first soccer game, boo hoo. Michelle reported that the boys had a wonderful time playing! Amelia was happy to have a girl's day plus Dad. We stopped at a bike shop on the drive down to fit Amelia for a bigger bike. We originally planned on just fitting her and buying a bike online. The shop had a used bike just her size for a fraction of the price. She added a new helmet, water cage, bottle, and bell to her new bike. Now she just has to wait for her birthday to ride it. The bike shop was housed in the old train depot of the town we were in. The owner had several cool model trains running along ceiling tracks. Evelyn was quite enthralled. Even more fortuitous was the Del Taco a mile away from the bike shop. Amelia downed 3 tacos in record time. That girl loves hard-shelled tacos. Evelyn ended up squeezing her burrito insides down her dress, onto her car seat straps, and into the buckles. That was a gross clean up.

Dr G walked in and gave us the down low:


Amelia is in stage 1, classification B, already showing markers of crescent sign near the outer-edge of her femoral head, creating a lip. During re-ossification the crescent dip appears to want to reform in a lip that will get caught on her hip bone causing extra damage to the outer edge of her hip. Her range of motion will be hampered. She advised in Amelia's case that surgery would most likely shorten the duration of Perthes and help the bone re-ossify without the lip of her femur hampering movement. Dr G would cut her femur in half, rotate the femur head up to a more rounded part of the head and plate/pin the bones back together. Amelia would be hospitalized for 2 days since we live farther away. Once the incision site heals she would be free to swim and move. Recovery is 6-8 weeks and is treated as a severe broken bone. A huge plus is there is no casting involved. Dr G said she usually does not suggest this operation for Perthes but in Amelia's case, being older, still in stage 1, and with the apparent divet already forming on her femur head surgery would give her the best chance to avoid hip replacement for a longer period of time. She might be able to make her hip work through her child-bearing years if this surgery is completed now. The MRI showed a painful cyst on the front of her bone, also at the time of the MRI fluid surrounding the joint. Since her pain is not great the fluid is most likely decreased. The Dr also said a few other interesting things that surprised us: crutches will not really help her, physical therapy will not really help, just activity restriction and anti-inflammatory meds. I am thinking maybe a second opinion on crutches and PT would be advised. They sure seem to help at this time. Mia of course wants to avoid surgery, not sure she understands what limited range of motion would mean for her future. We went ahead and scheduled surgery for 26 May 2016 at 9 am. We can always cancel if we change our minds.

We both walked in to the appointment wanting to avoid surgery, we walked out thinking it looks like the best avenue for her specific situation. It is quite sobering to discuss serious surgery with a 9 year old kid. We will weigh our options and make a decision!

Justin "let" Amelia and I shop at Hobby Lobby for a bit. We found cute, cute fabric to make her annual birthday outfit. This year she wants a shirt and skirt combo. I look forward to making these treasures each year. We arrived back home before 8 pm, a long day indeed. 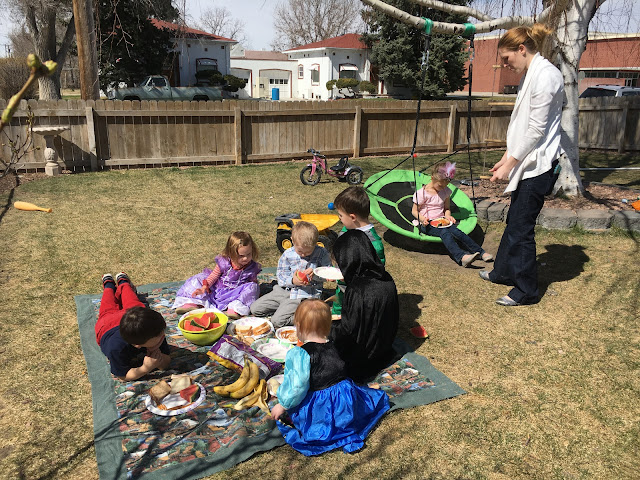 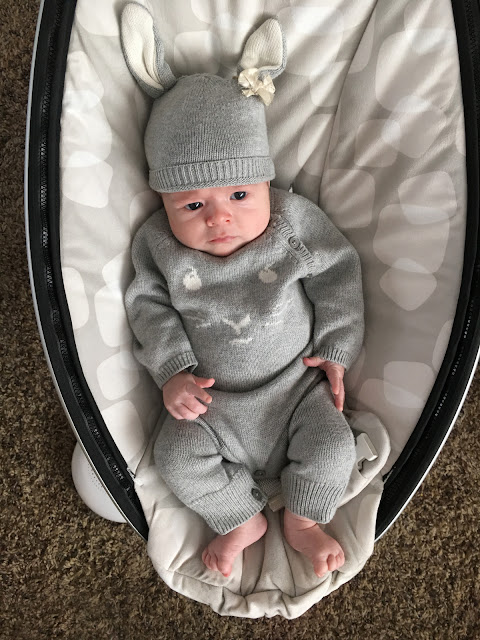 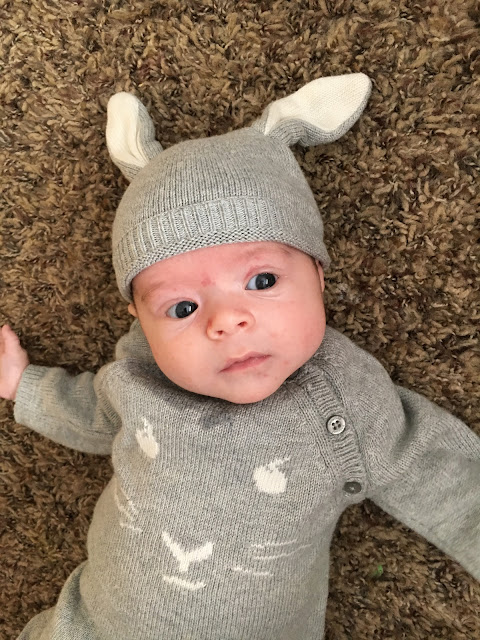 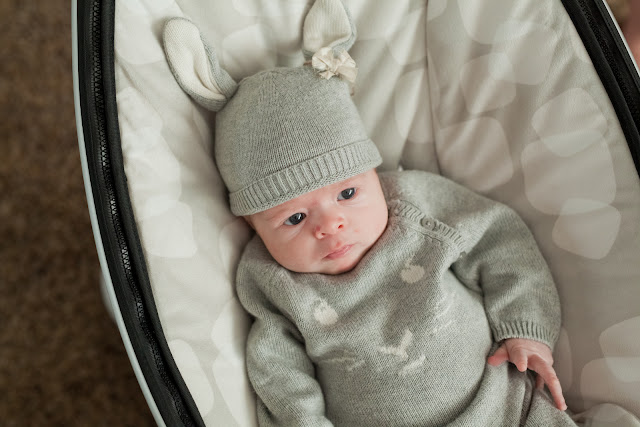 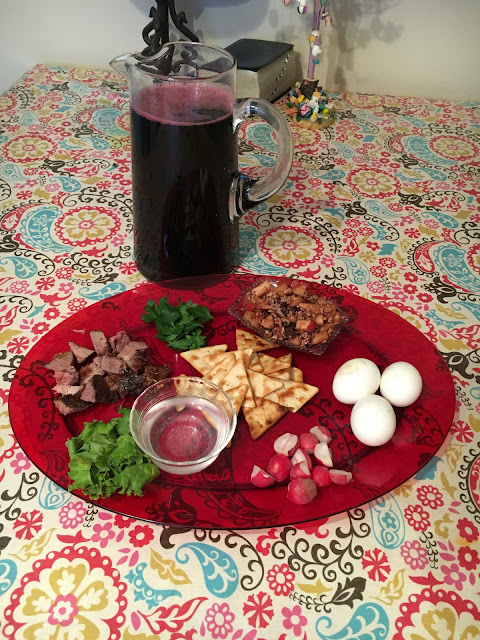 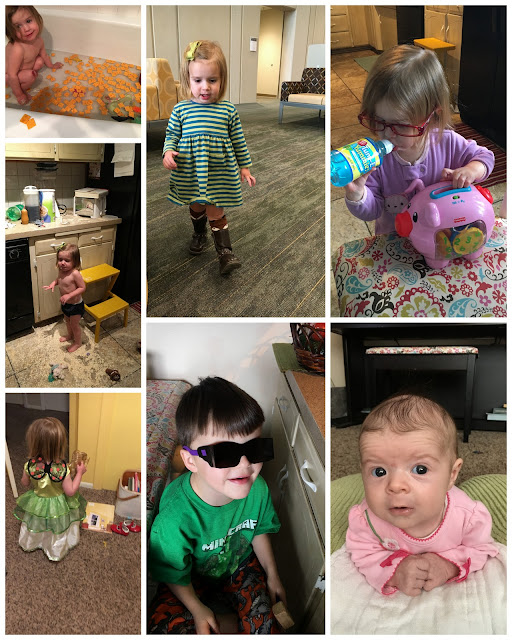 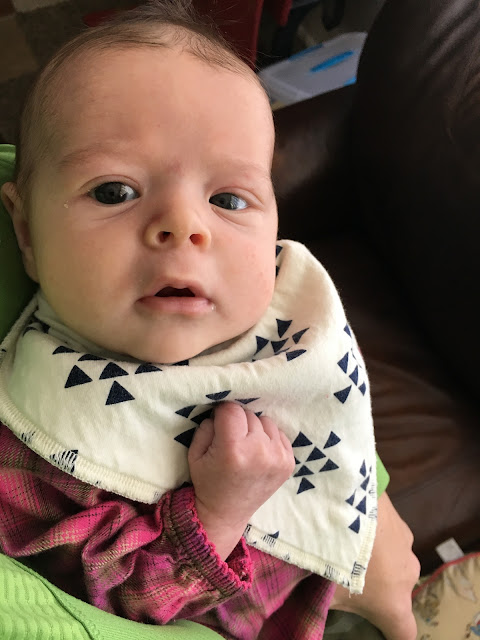 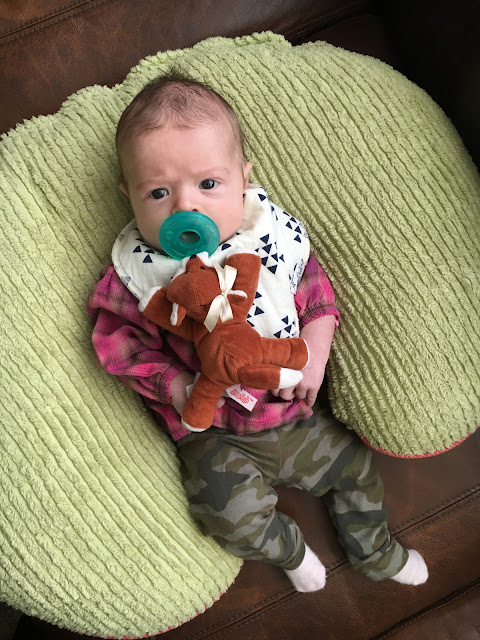 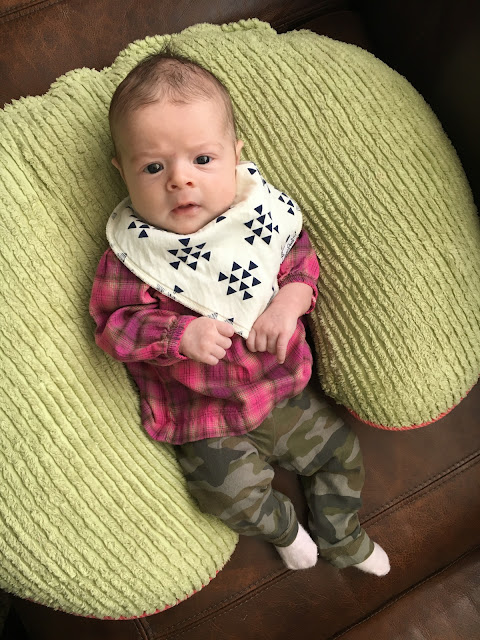 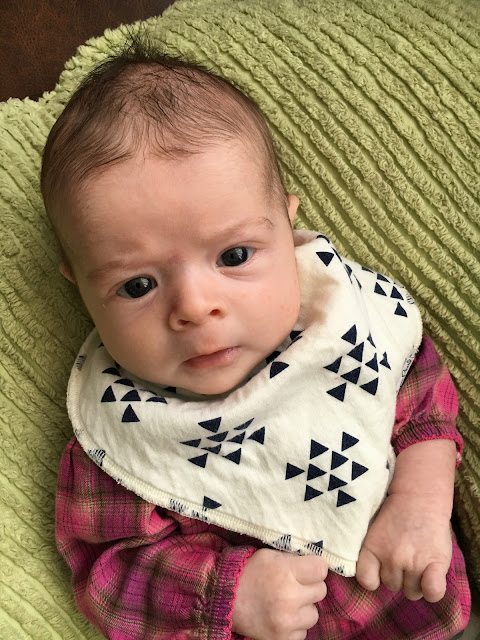 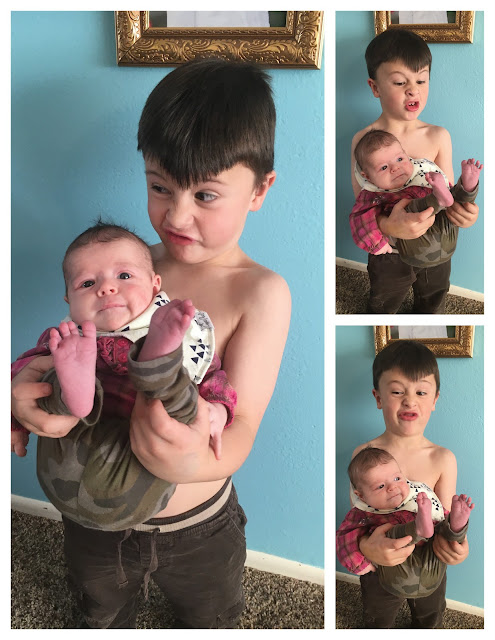 After the sugar rush of Easter, phew, the whiners ran rampant. I had to wean the little boogers off the sugar slow and sure. Everett won the award for the amount of chocolate consumed, that kid is amazing. He wakes up wanting candy and fruit snacks. Convincing him to eat real food takes coaxing and reasoning. I am grateful he enjoys bartering and teasing from Mom. Phillip woke up Monday morning like a zombie from Ungrateful Dead. Phew. He blamed his tiredness on playing soccer for an hour. I blame it on his reluctance to get to bed before 9, he drags his feet morning and night. I guess every family needs to experience the slow poke child. Oddly, and gratefully, Amelia was pretty amazing this week. I enjoyed interacting with her nicer side this week...until Saturday. Saturday was touch and go.

The kids had Monday off from school, our supposed Spring Break, two whole days off a Friday and Monday. The Rognon's came over in the morning to play. They arrived as I started to take photos of my kids in Easter outfits. The girls were squealing in disgust each time a baby chick laid down some cable. Evelyn was gagging in between smiles. What a gig! Phillip refused to sit down until the chick poo was wiped off. I came to realize that photos and baby chicks is not so fun when you kids realize that animals poop. Headlines. Michelle took some photos of her kiddos, especially Annabelle who just turned 2. She is one gorgeous child with bright blue eyes and red hair. After photos the kids played Harry Potter. I got a kick out of Amelia and Jack running around making up spells, wearing wizard robes. We enjoyed a chilly picnic outside of sandwiches, bananas, pretzels, and a watermelon. Everett begged me to slice open the watermelon for a week straight. He was quite delighted to eat the watermelon at long last. The Rognon's came back over for FHE with us. Our FHE was a kid-based Passover meal. I prepared a basic Seder plate, we tasted and talked about each item on the plate for our lesson. The grape juice, parsley, and crackers were among the favorites. The rest was iffy, the adults enjoyed the kid's faces as they licked the lamb meat, and gingerly tried the radishes. I made another pan of Lemon Bars, using a much better recipe this time. Poor Phillip was so tired after soccer practise he flipped out during FHE and had to be escorted to his room. Justin played DJ for a rousing dance party as our activity. Things got out of hand during red light, green light so we had to change gears.

I scored some cute clothes this week at Salvation Army. One item was a green and blue striped dress for Evelyn, she stripped in the store and insisted on wearing the dress home. She had several episodes with boxed dry items this week. She carefully sprinkled an entire canister of oatmeal around the area she was standing in the kitchen. She poured a box of cheese crackers into her bath. Another morning she poured her cereal on the floor then cried because I made her sweep it up. She served herself another bowl of the same cereal then ate it the second time. Friday she wore a Princess dress all day. The best was the teeny-tiny pair of wings she had me stretch over her shoulders.

Wednesday Amelia and Everett got eye exams. Our expensive child is thrilled about her very first pair of glasses. She is nearsighted and clearly needs to wear glasses at all times. Heh, heh, heh. Clearly?! That kid has had nearly every part of her body checked out and/or repaired: ears, throat, left arm, left leg, digestive system, and now eyes. Dr Blackburn wanted to keep Everett. He reported that Everett was one of 3 children he's screened for kindergarten who can correctly tell him right from left. Everett earned the name Mr Extraordinary, he calmly told the Dr his name was Everett. He was sad that his eyes were excellent, Dr Blackburn sent him home with a pair of sunglasses used after eye dilation. Expect to see Amelia sporting new glasses in the next week or so.

I took all the kids plus Kaylee twice this week to the hospital for Amelia's PT appointments. Justin was able to take her on Friday. This week was not bad as I imagined. I think the first time was so traumatizing I imagined the worst but got a much better experience. Same scenario, different expectations and more prepared changed the game.

Josie is working on lifting her head this week during some tummy time. I find it hard to squeeze in tummy time since my kids are so tummy sensitive. Tummy time means wanting to eat again sooner after losing most of their milk through spitting up. She tolerates a few minutes several times throughout the day. Phillip LOVES to drag her around in his crazy ways. Scares me to death the way he carries her around. I found him squeezing the milk out of her while introducing Josie to "fart gun" aka "bum gun." A favorite Lance family creation, shooting farts/bum noises in a Gatling gun fashion. It is rather fun, but generally preferred on older babies. She had a hilarious resigned look on her face as he toted her around.

Phillip now has soccer games on Mondays and practise on Thursdays. I watched in on the last 15 minutes of soccer practise. All the boys on his team were busy scrimmaging the ball like flies on jam. What was Phillip doing? He was wandering around the gym tracking the numbers painted near the ceiling. He was quite consternated that the number 6 was missing. I love that kid.

Saturday and Sunday we tucked in to watch General Conference. I spent the time listening while organizing craft stuff. Saturday I was quite impressed with Elder Arnold's talk on Rescuing Lost Sheep. I have Sister Betony and Petry on my mind quite a bit. His talk was answer to pray as I pondered these Sisters and their challenges. "The Lord has provided all of the tools necessary for us to go to the rescue of our less-active friends. We can all do it!" My eyes got all misty during Paul Johnson's talk as he spoke about his daughter, her struggle with cancer, her passing, and ultimate victory over her struggles. "The miracle of resurrection, the ultimate cure, is beyond the power of modern medicine. But it's not beyond the power of God. We know it can be done because the Savior is resurrected and will bring to pass the resurrection of each of us too." I thought of our precious Amelia and her struggles with her mortal body. I hope we can teach her to trust the Savior and his ways. Course I loved Elder Holland's parting words: "Keep trying. Keep trusting. Keep believing. Keep growing. Heaven is cheering you on today, tomorrow, forever." Sunday morning Justin made us all conference crepes. Amelia was in heaven! The rest of the kids complained and wasted their yummy treat. Justin was not happy about their reactions. Welcome to my world at dinner. Amelia crochet some bracelets during the morning session. I pulled out the Legos during the afternoon session. I spent a frustrating two hours putting together more Lego sets with all the mixed up Legos. Still, there is something quite satisfying with finding the right pieces and putting them all together. We rushed outside in between each session to enjoy the lovely sunshine.

Posted by Jenni Call at 11:07 AM 0 Stupendous Remarks