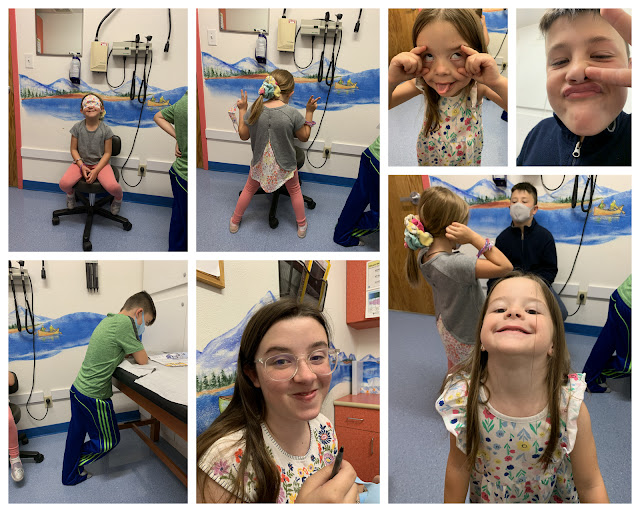 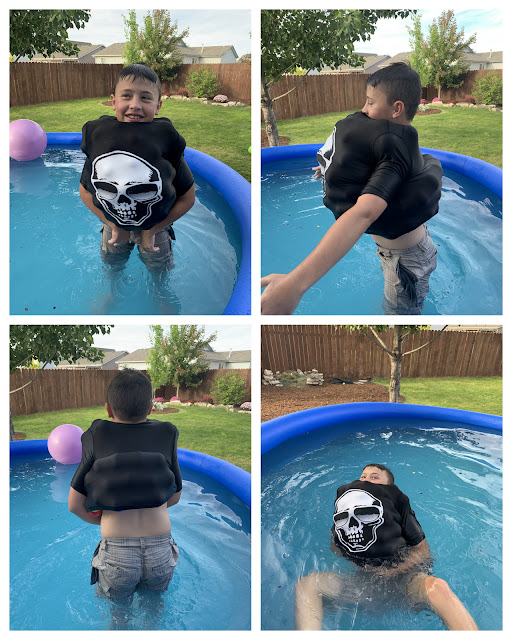 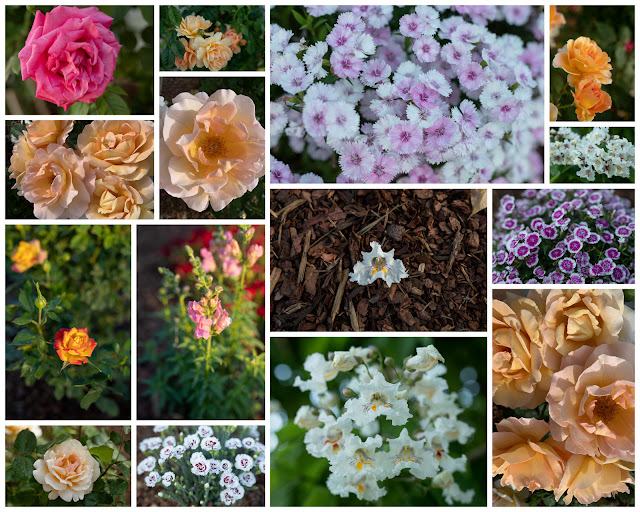 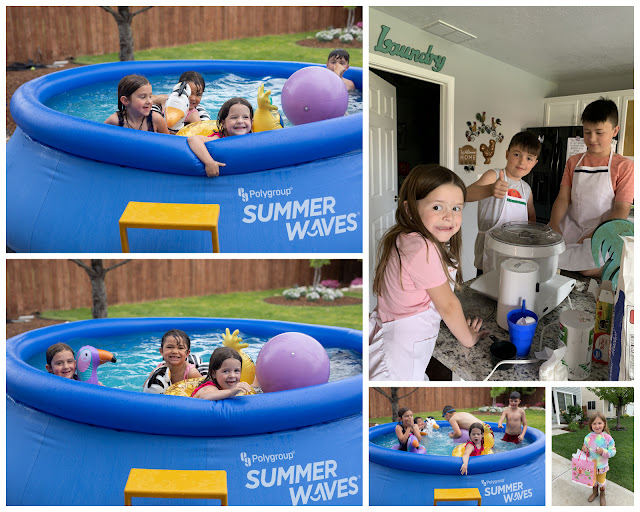 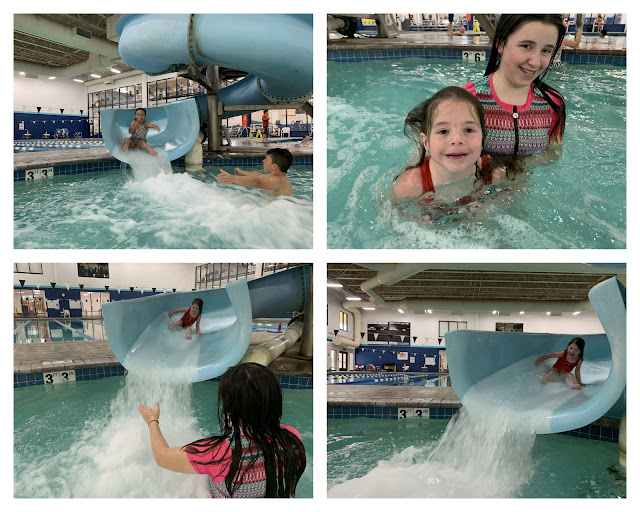 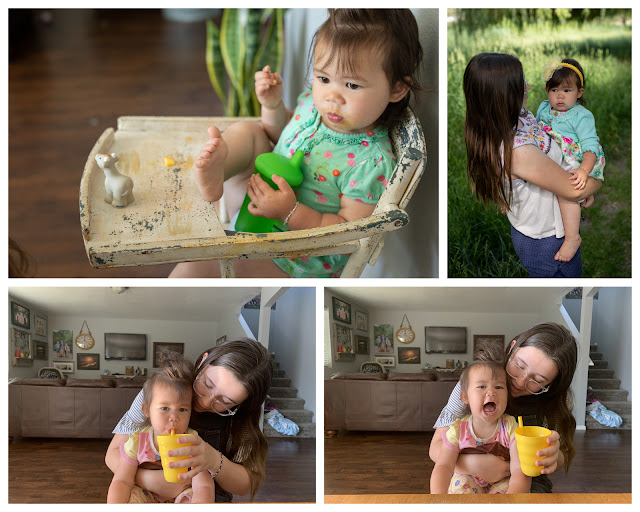 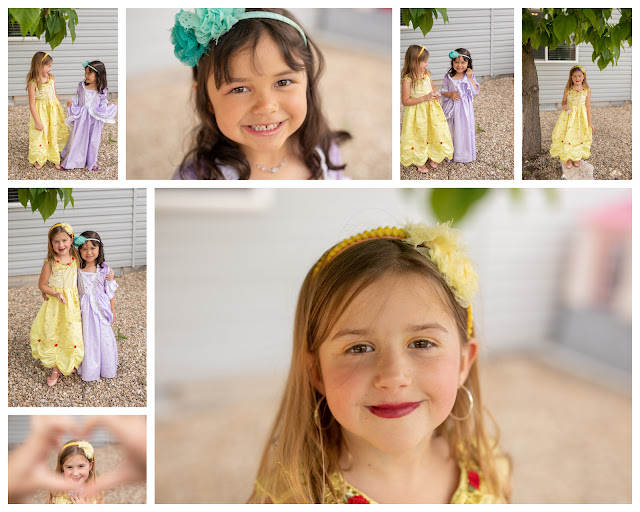 Our week started out at Dr Aldous' office for 3 visit, thankfully the office staff consolidated the appointments into one slot instead of at 3 different times and days. Amelia and Everett went for their well-child visits and Phillip for an ADHD med check. We were at the office for several hours filling out new patient information, waiting, and doing the visits. All of my kids got a loud case of the giggles when the doctor felt their lower bellies. Everett was almost purple from laughing so hard. The kids are growing fast! Amelia is only 2 inches shy of my height! He lightly suggested that she try to lose some weight. We got an orthopedic referral so we can get updated x-rays of her femur and hip after two years of no treatment. The doctor wanted me to retake the ADHD questionnaires because I mentioned we might not have the right diagnosis since he is not responding to medications after a couple of weeks. Nope, he definitely has ADHD. I learned this visit that ADD is no longer a separate diagnosis. I also filled out a survey for anxiety, he is on that spectrum as well. I need to look for a child psychologist who focuses on cognitive-behavorial therapy. The next course of action could be to switch his medications, so far we've tried medications in the amphetamine class (Dyanavel, Adderall, and Vyvanse), the other class of medications is methylphenidate (Ritalin). First we're going to try a higher dosage of Vyvanse then something else. So far Dr Aldous seems to know his stuff and is quite personable with me and the kids. We were at the hospital until lunch time. The kids were anxious to eat so we grabbed some burritos since I had a couple more errands to run. I laminated the summer lists and the zone cleaning list. Evelyn accompanied me to Lowes for bedroom/bathroom paint and to Ross for decorative pillows. I was delighted that Ross had a pillow from the exact collection of bedding I chose online for 70% off ticket price.

Tuesday and Wednesday we spent cleaning up a bit more than usual in anticipation of Jana and the girls coming to visit. I have the kids cleaning in zones as part of their summer checklists. It is working quite well. Each child has a zone for a full week then the zones rotate. I love how simple it is. The kids worked in the zones and I focused on the harder parts like cleaning the pantry, the laundry room, and kitchen. I finally finished the laundry room on Tuesday. Amelia helped me pick some art at Hobby Lobby to use in the laundry room. It is less cluttered and we can use it with purpose now instead of another catch-all. I hung the daily checklists in the pantry with some markers close by to check off their lists. I was quite rushed to finish grocery shopping and mop the floors before Jana arrived. She stopped a few miles away for an ice cream break so we had a few more minutes. Hannah delivered a really cute painting she worked very hard on. She is quite diligent with her coloring...my kids don't have the patience. Rachel instantly latched onto Amelia! Those two were inseparable for days. Phillip took a few turns but Rachel really only wanted Mia.

We enjoyed lots of playing, dress ups, and swimming while the girls were here. Jana was content to relax while we all played...and relaxed. Hannah and the little girls all spent hours in our little pool! In and out all day long. Thursday we spent about 3-4 hours at the Nampa rec center swimming for hours. Jana left once Rachel got tired out and Hannah wanted a snack. My kids spent another hour or more swimming around. Once Jana left the slide and diving board opened up. The older kids took a swimming test to use the deep water pool. All the kids quite enjoyed the slide. Josie earned a badge of bravery going down the slide without a floatie and by herself. After the first scary time she was hooked! Friday we made cinnamon rolls for Foodie Friday! The boys helped me make the dough, I explained some of the science behind cooking. We also used math skills to figure out ratios as we doubled the recipe. I made a batch of cinnamon rolls and another of apricot preserve rolls. Jana ate her salad for dinner plus the yummy stuff. I never realized how much Evelyn says, "You got it?" until Jana pointed it out. She talked down to Hannah often, after a list of instructions she'd end her litany with, "You got it?" Hannah would dutifully reply, "got it!" Rachel kept us all entertained with her cute words like Arby, smoothie, "ahhhhh" after drinking a smoothie, and various words my kids had her parrot. We enjoyed several dance parties to Frozen! Evelyn turned makeup artist for Hannah, that purple lipstick...on point. We are so happy Jana and the girls visited us. I loved having a relaxed visit with no time constraints or pressures. Just a fun time to get to know everyone better. I took some photos of Jana and girls. Rachel was needing a nap, she was not happy about the arrangement. She just wanted Mia to hold her!

Saturday it rained all day, kind of a nice dreary and cold day. Jana made the trip back safely. Up in Idaho we had a very lazy day. The kids were so bored they actually thought a 30 minute clean-up sounded more fun than watching TV...nice. We had word from the stake that church will resume in two Sundays. The ward will attend every other week for 45 minutes with a cap of under a 100 attendees. I honestly wish we could do home-church more often. It is nice to customize our meetings in the home setting. Evelyn is a complete nerd bonker anytime we gather for devotional, temple table, or church. She is so disruptive and disobedient, makes it hard to keep the spirit. She understands why before and after she acts up but continues her belligerent behavior.