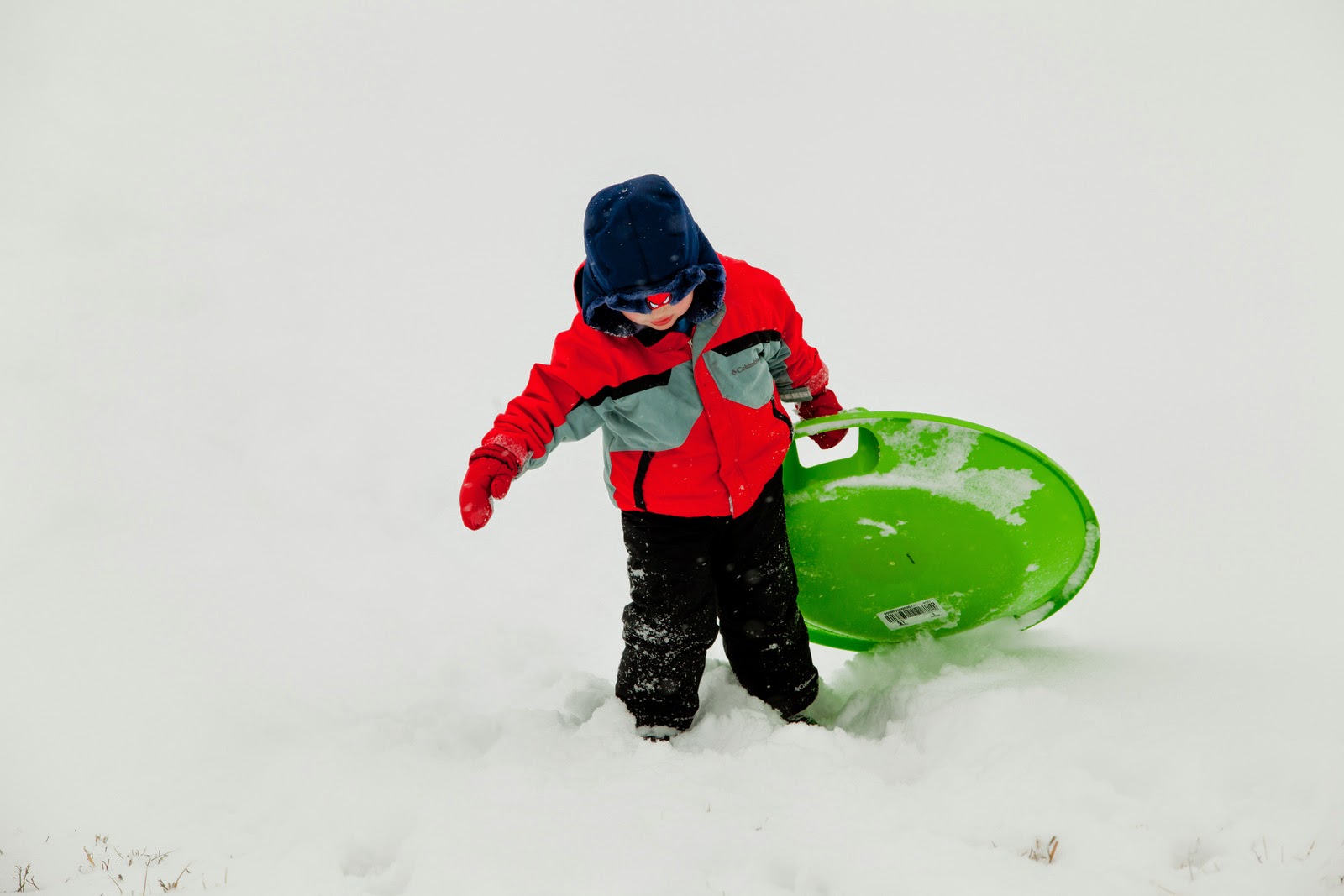 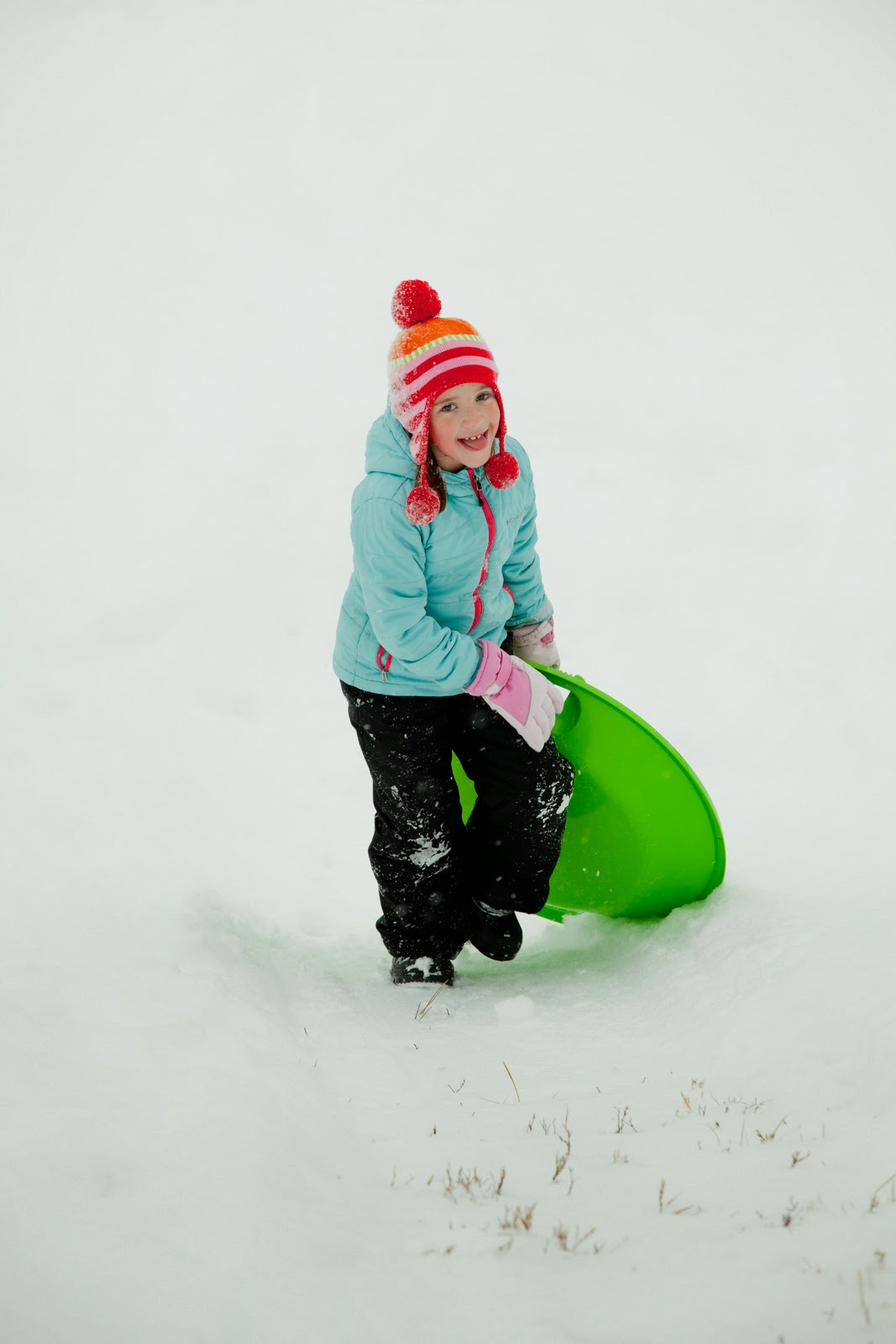 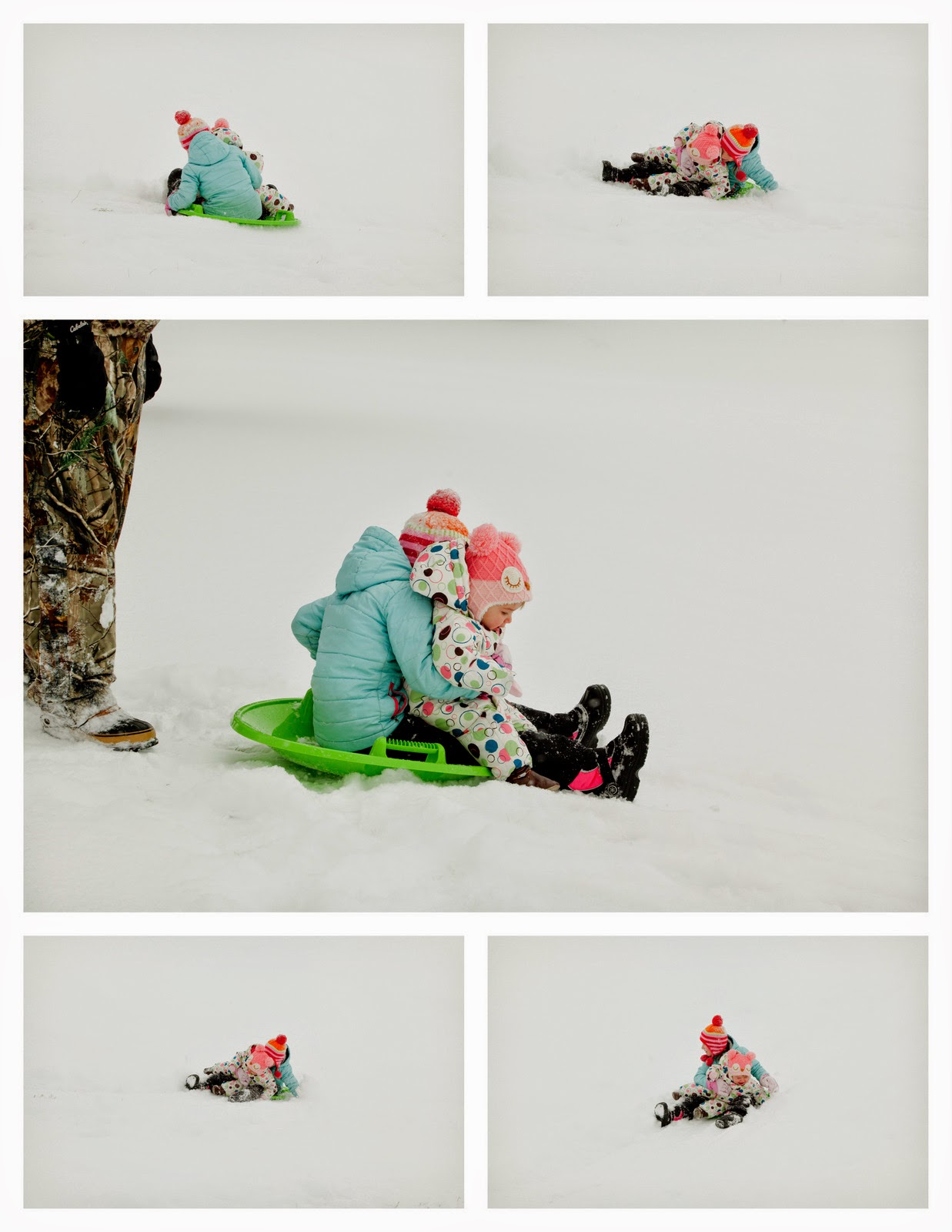 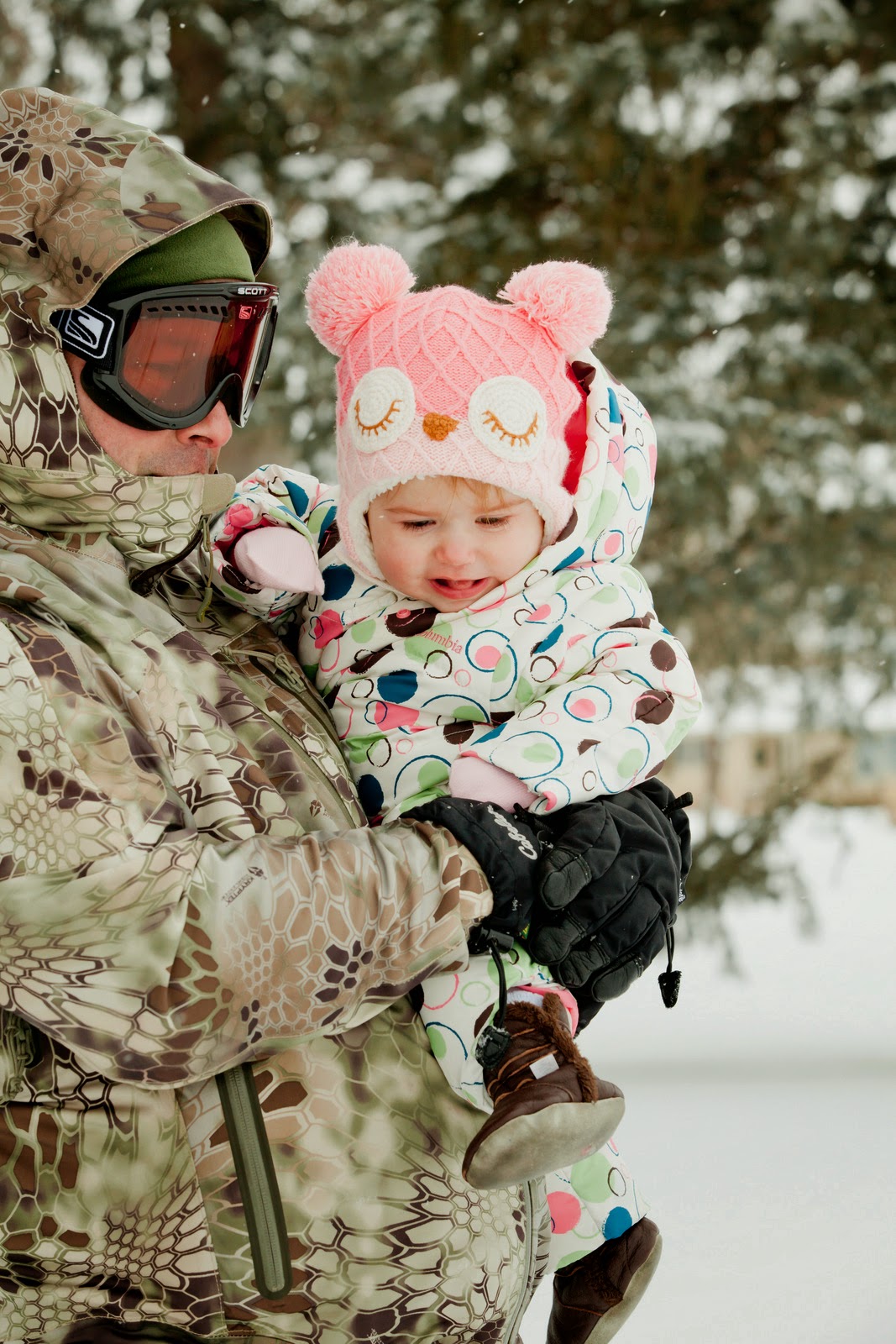 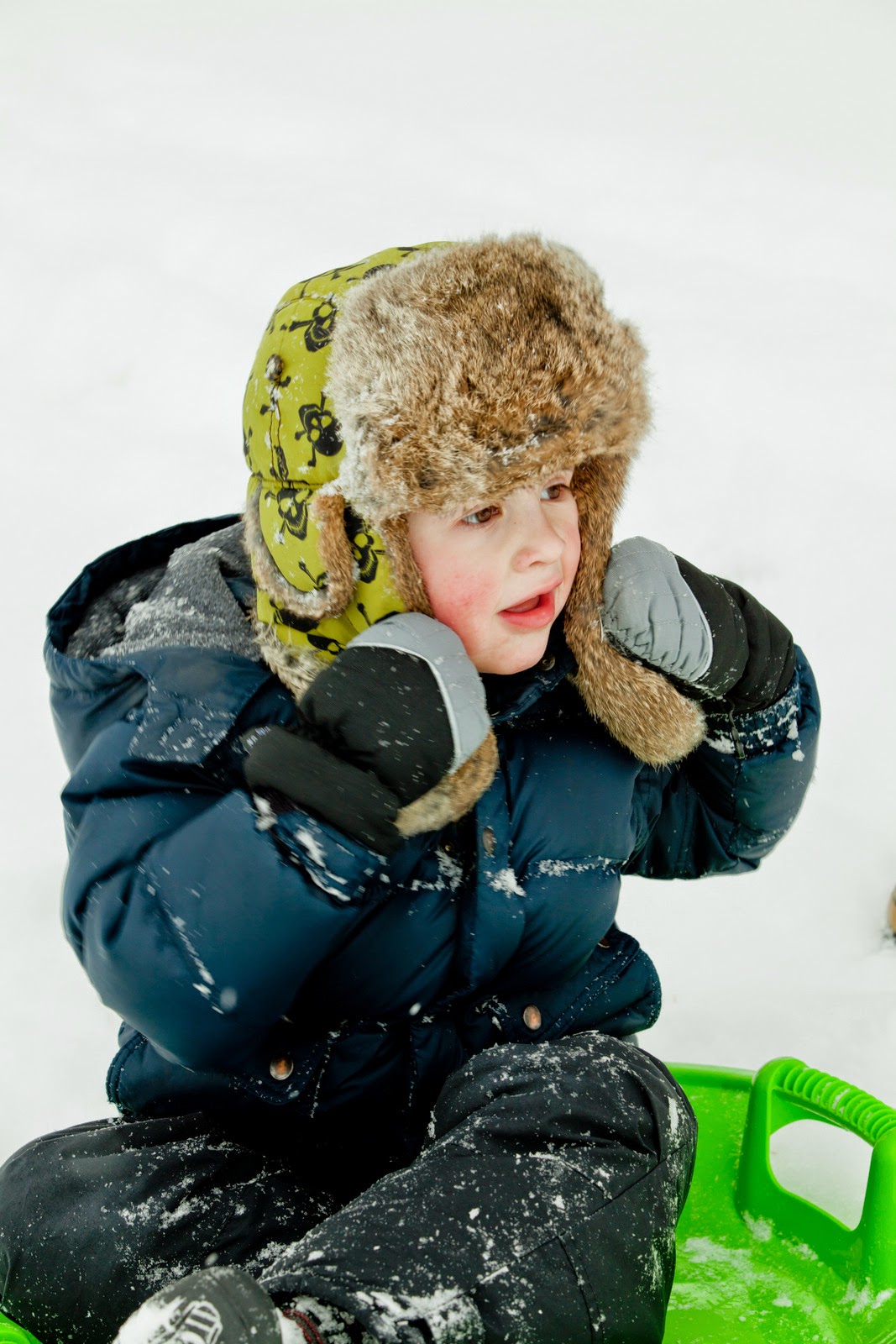 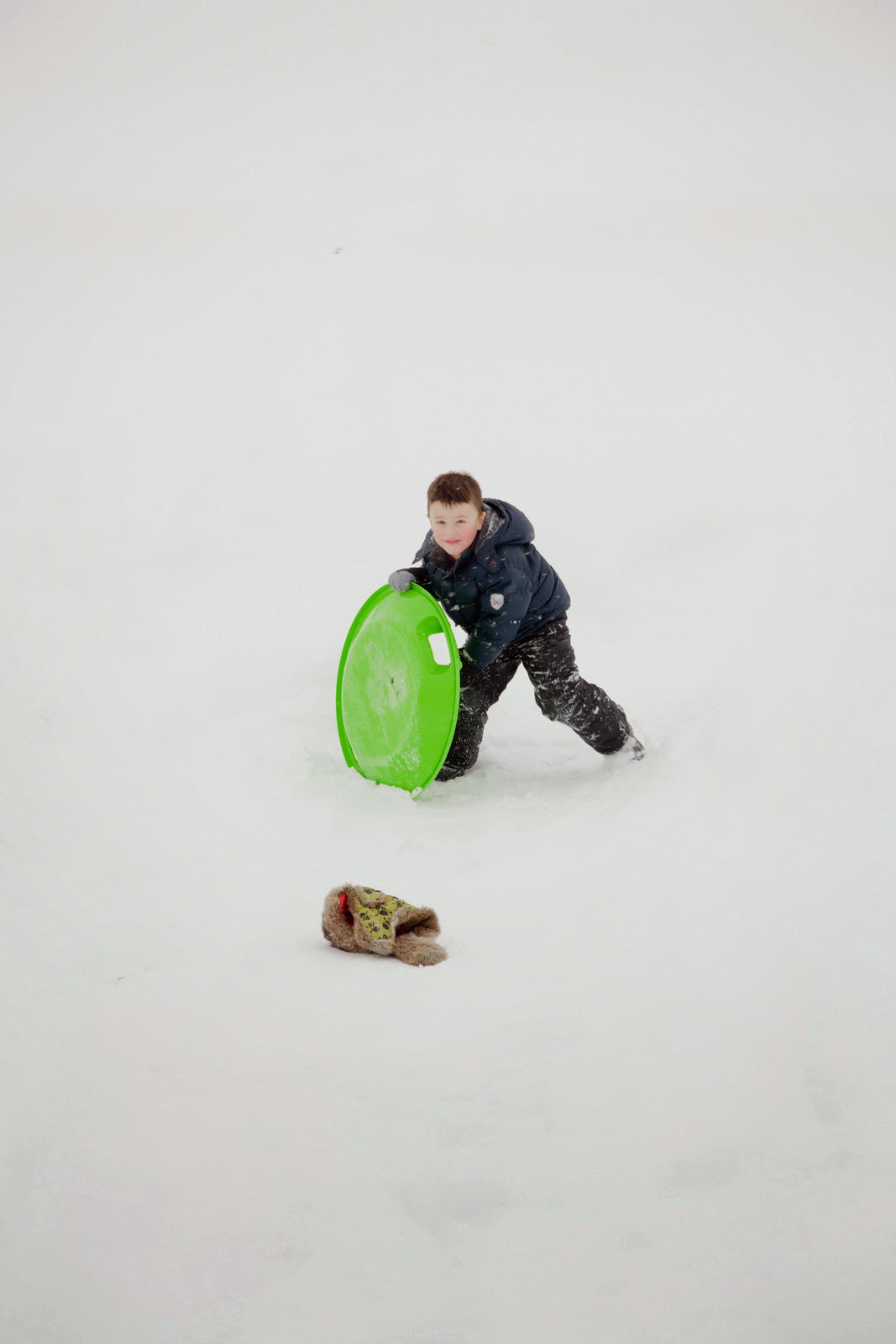 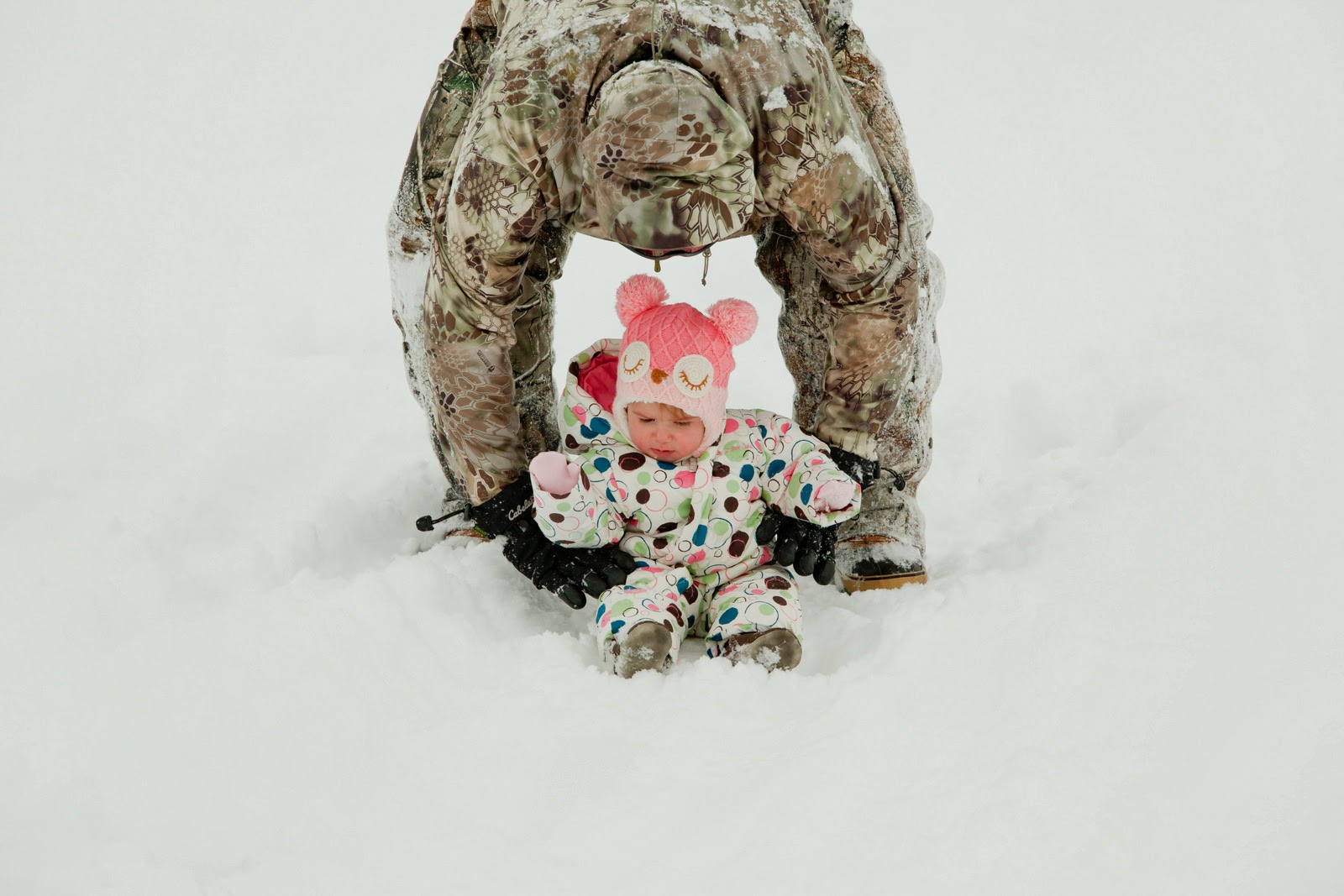 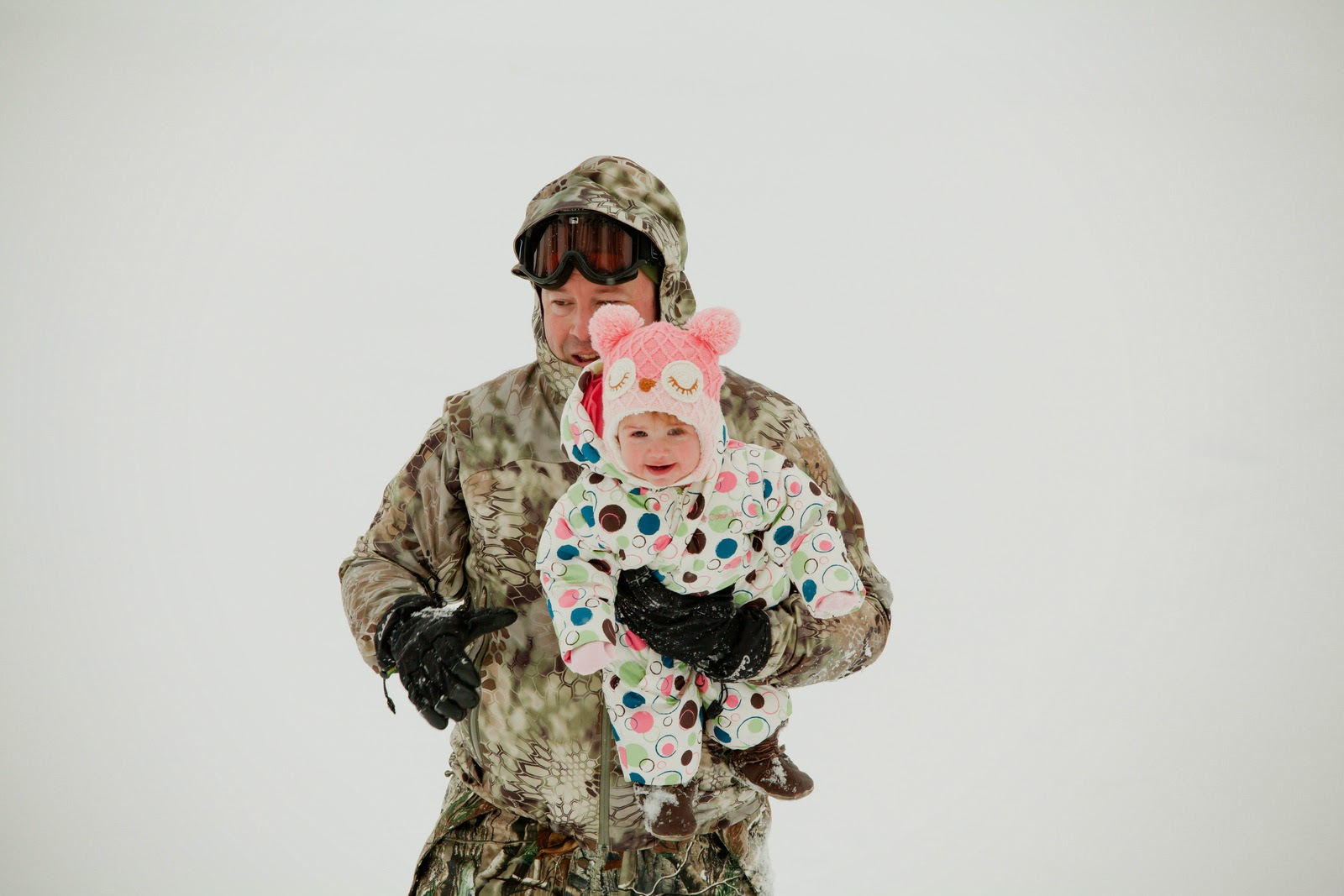 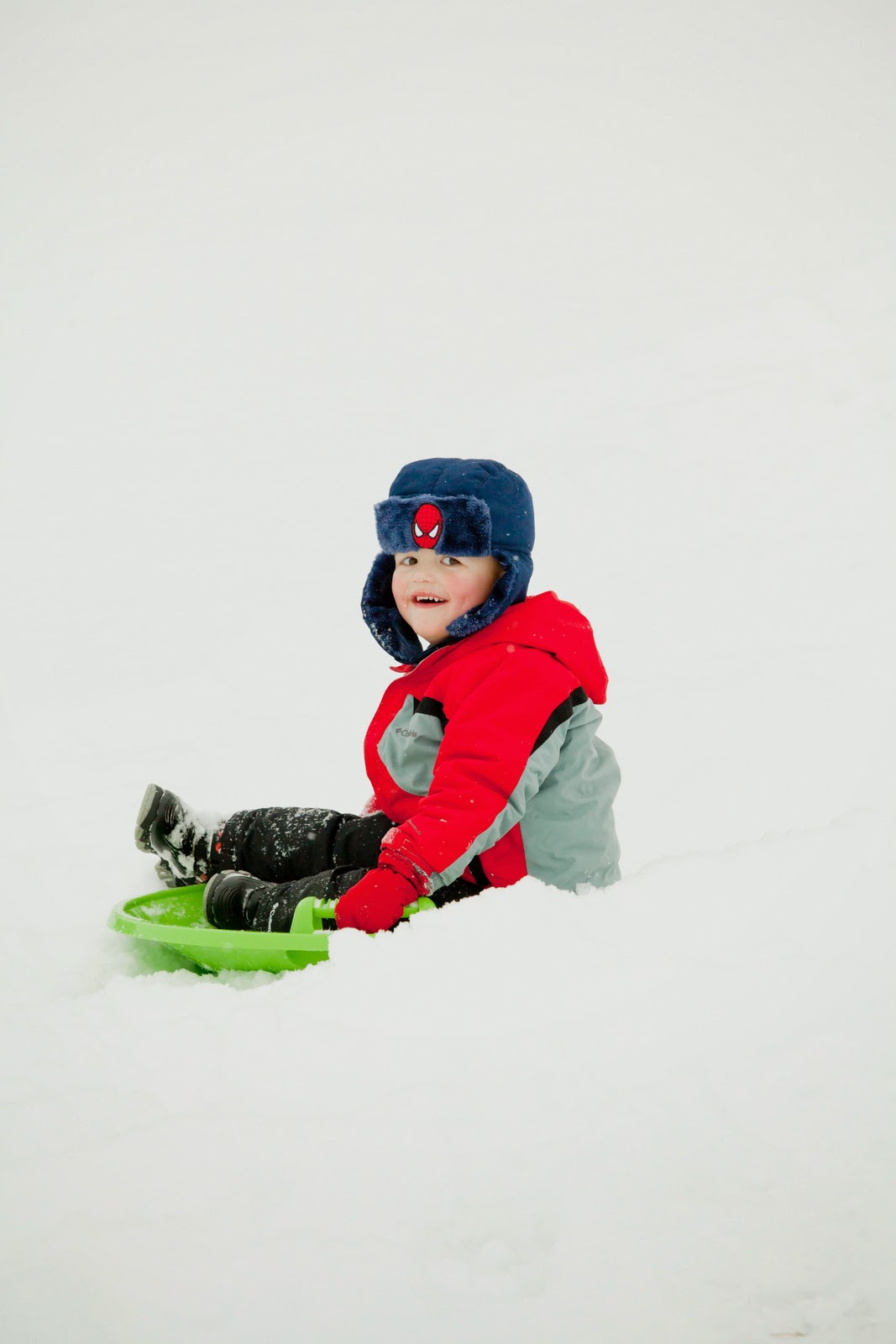 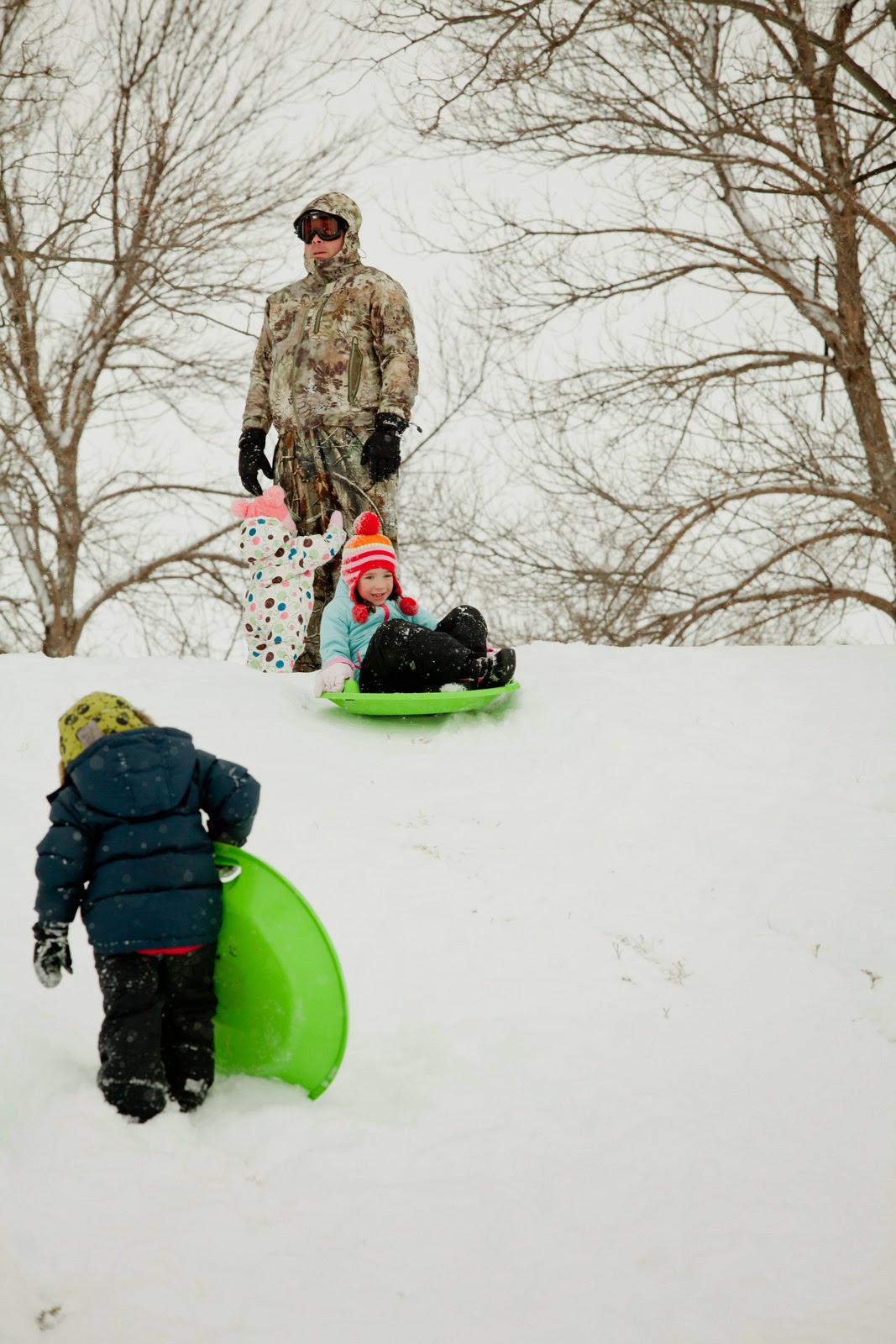 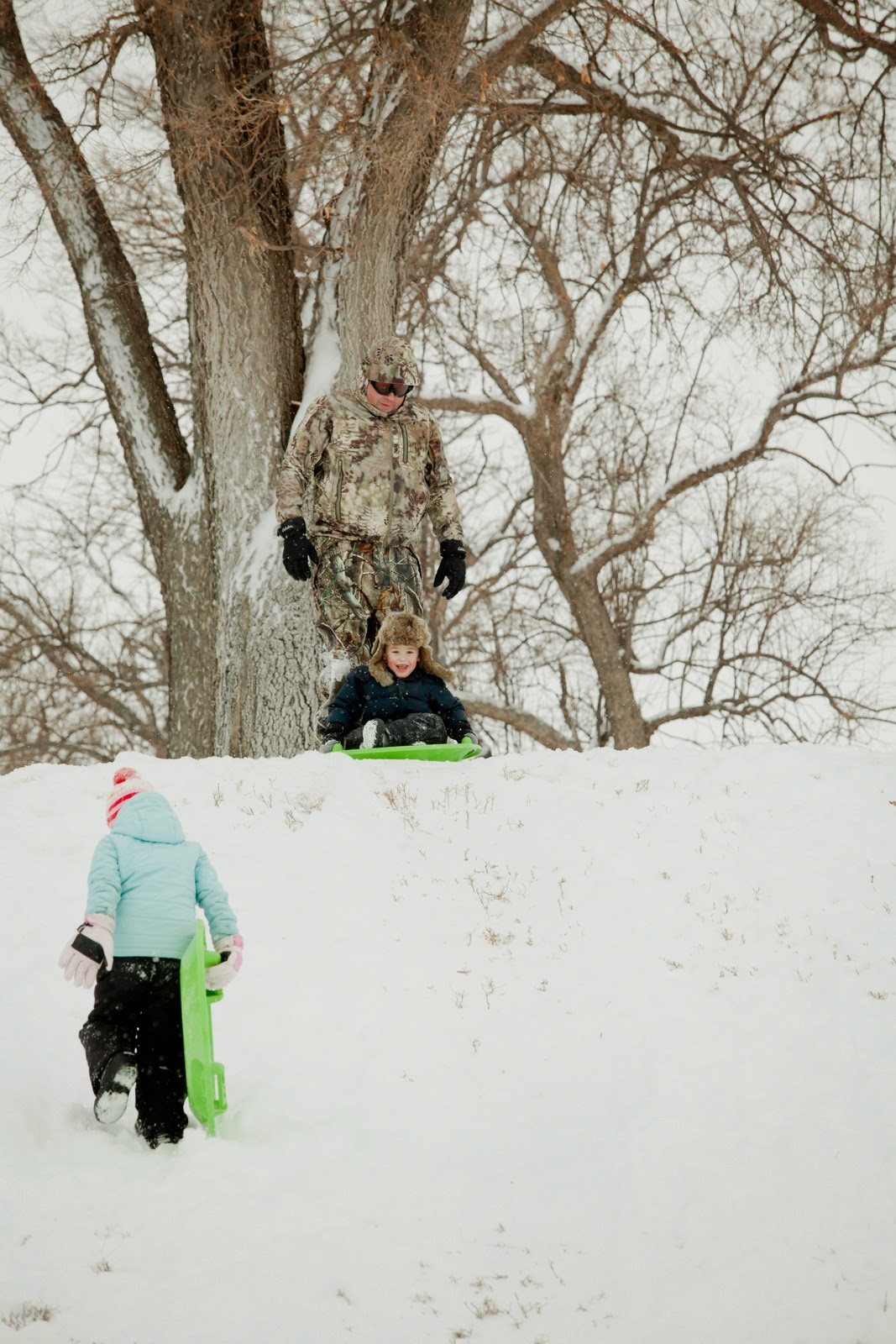 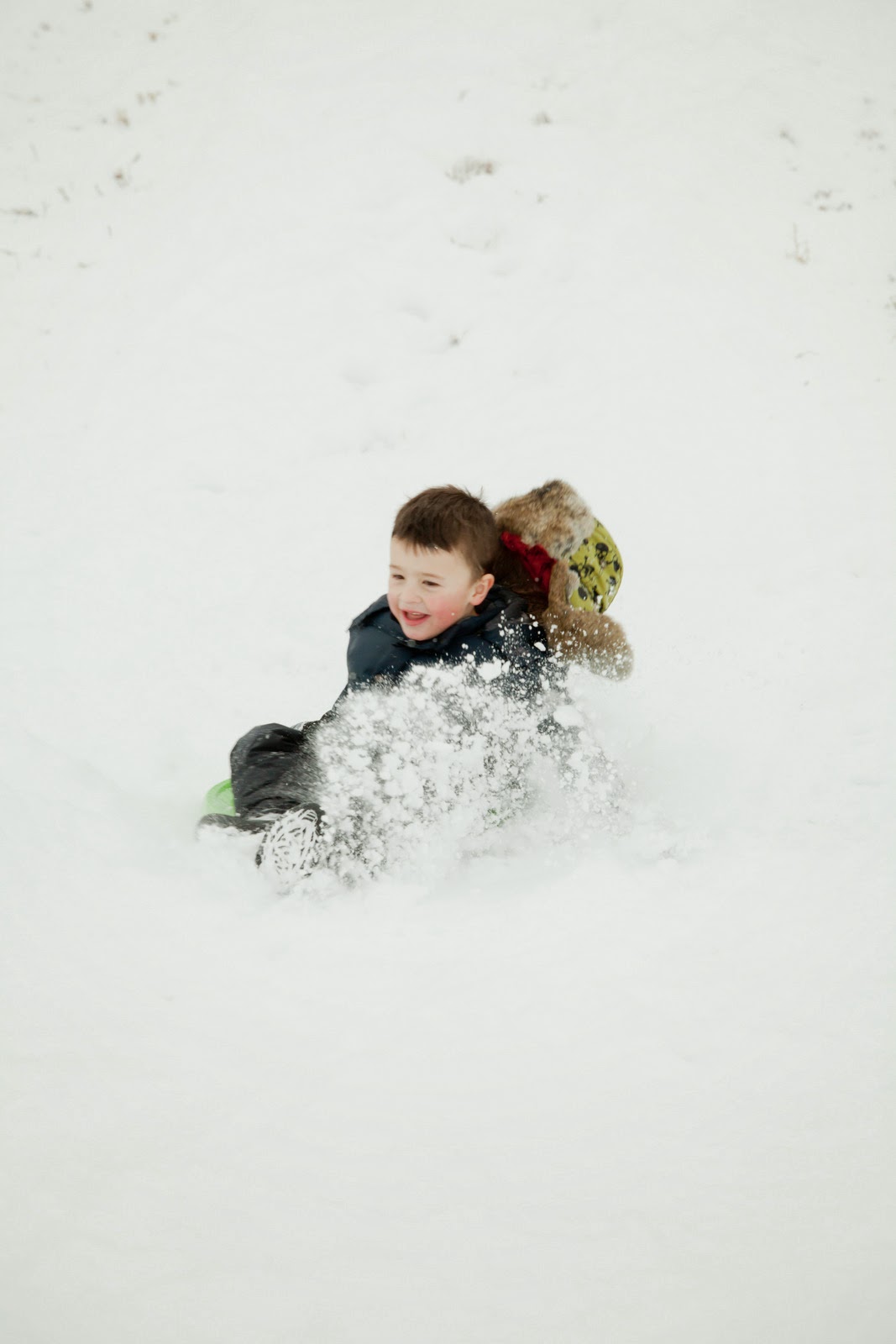 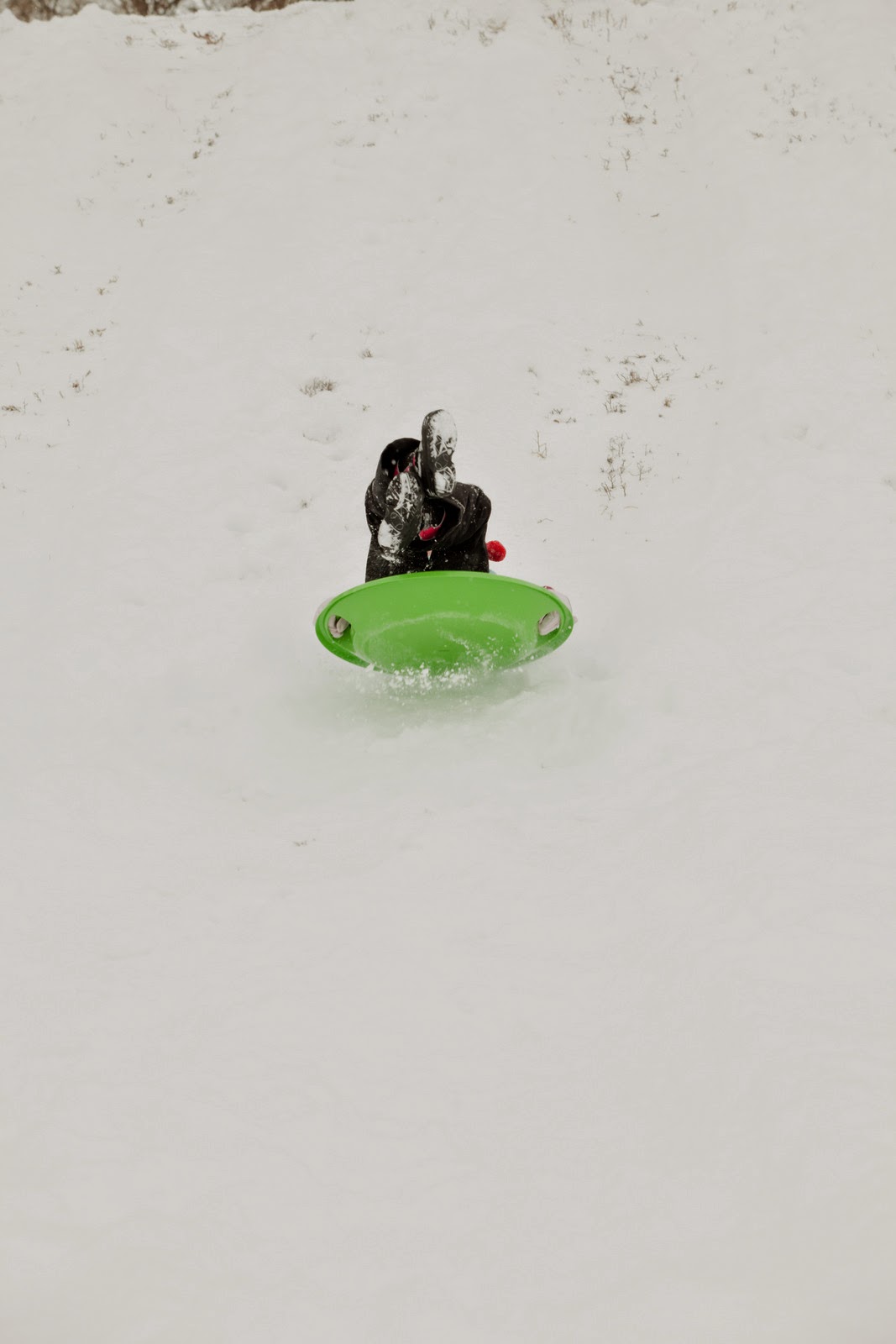 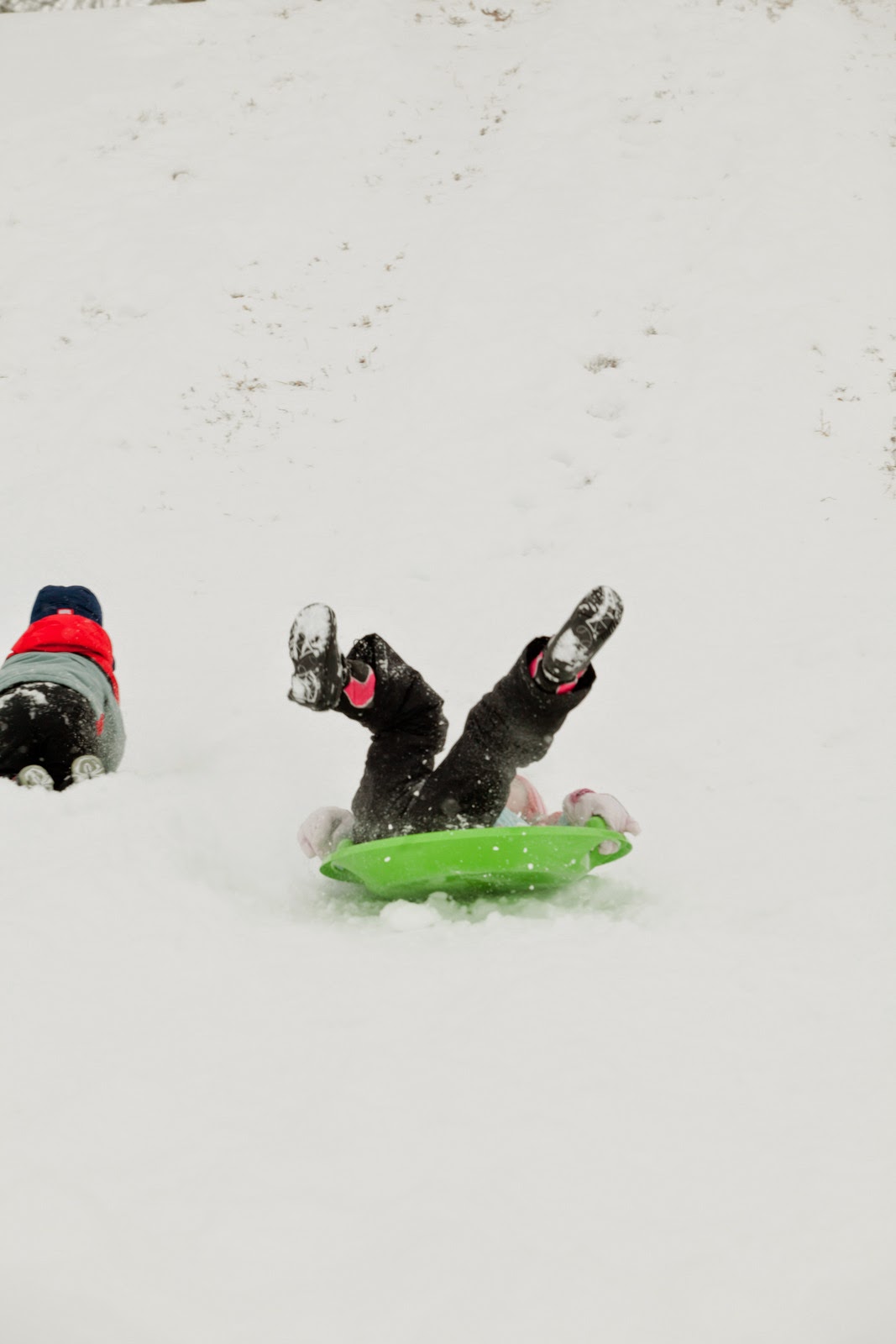 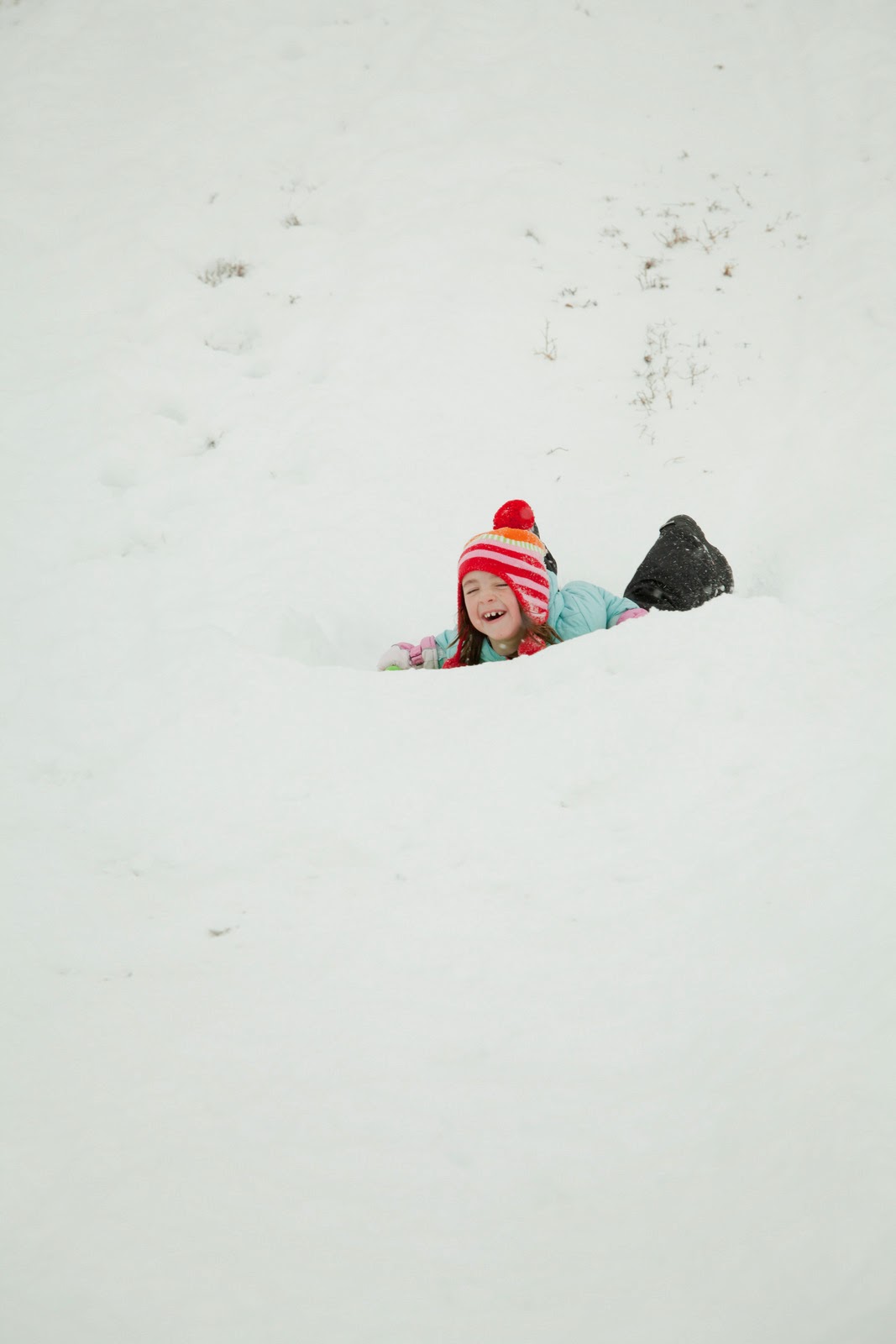 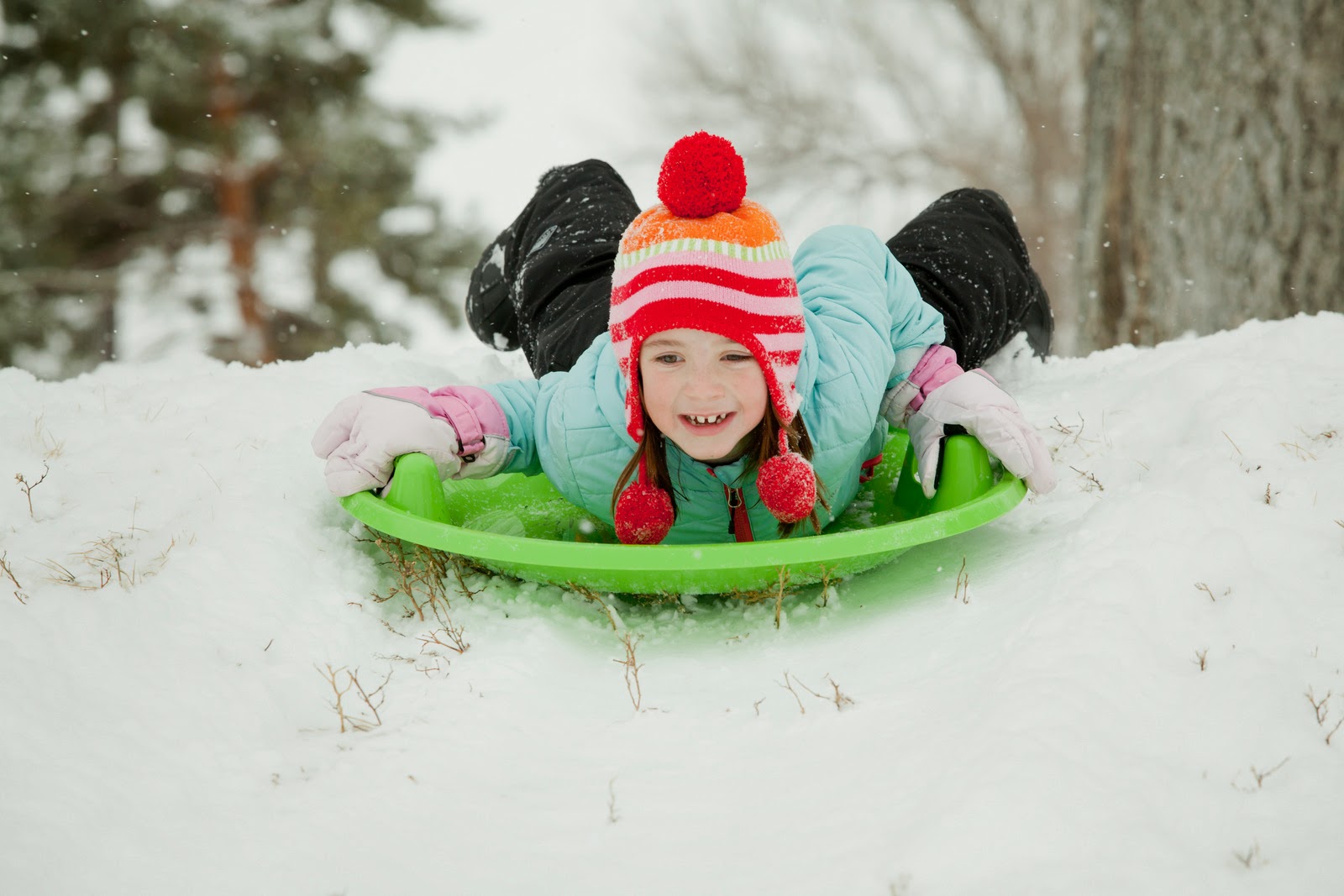 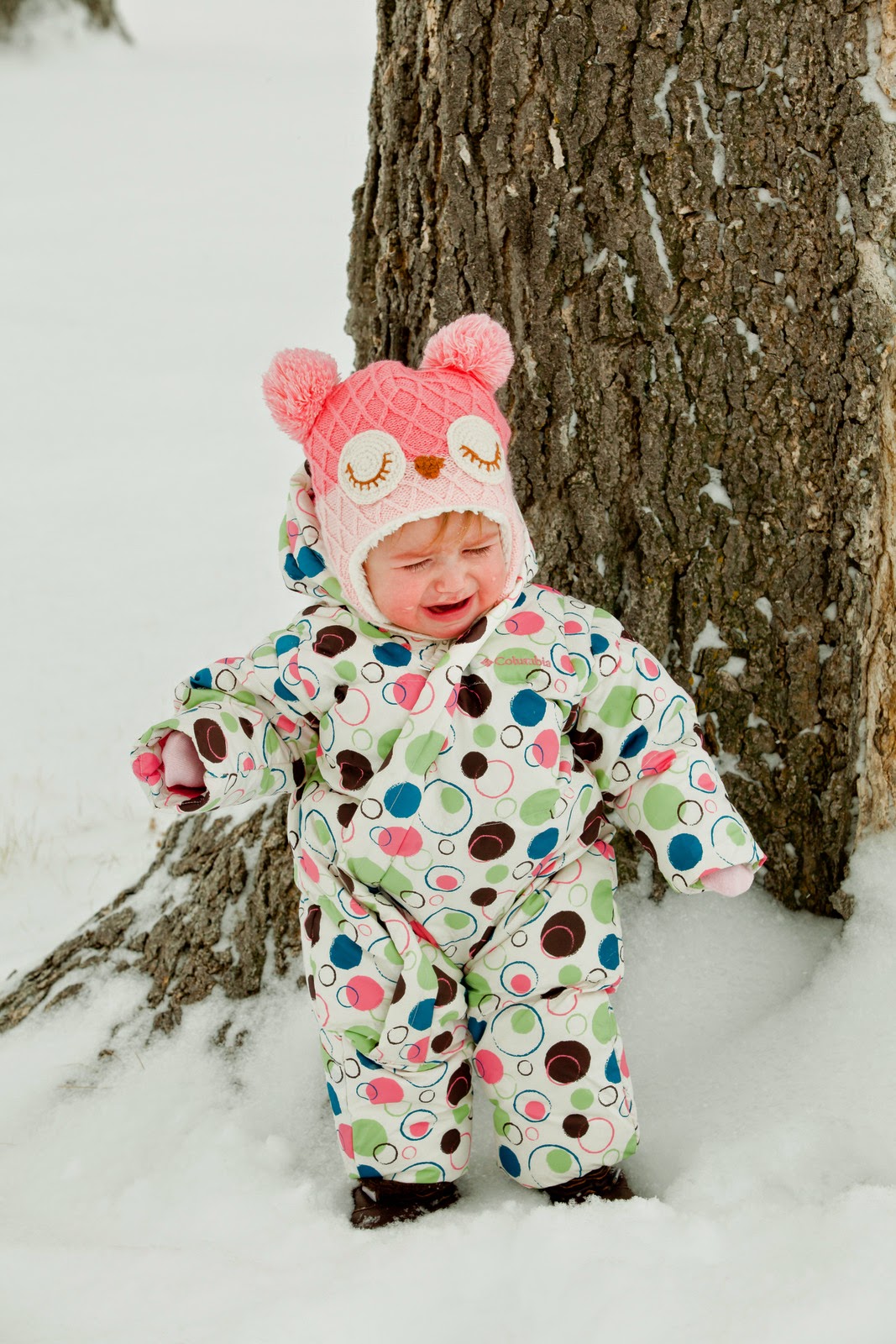 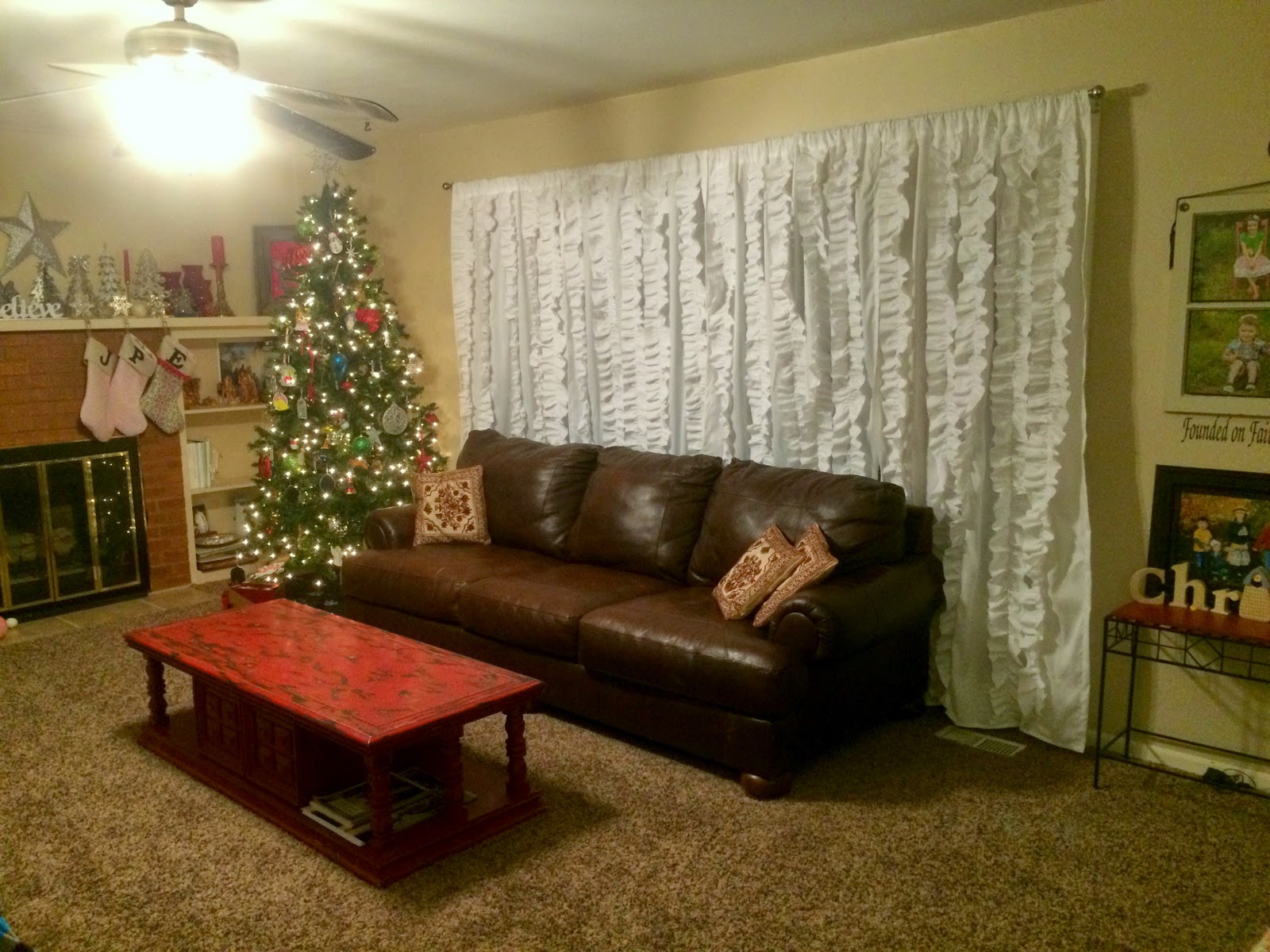 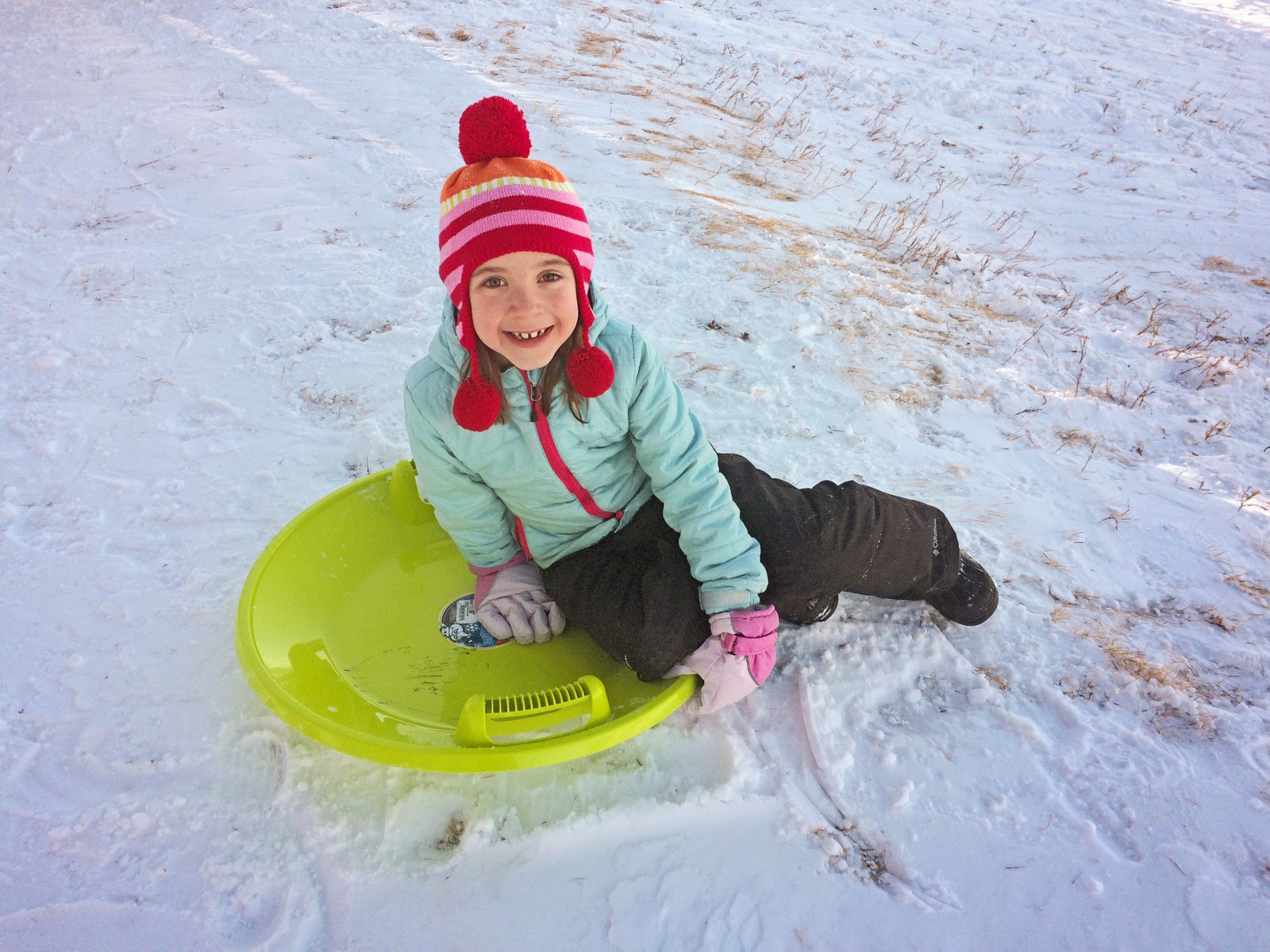 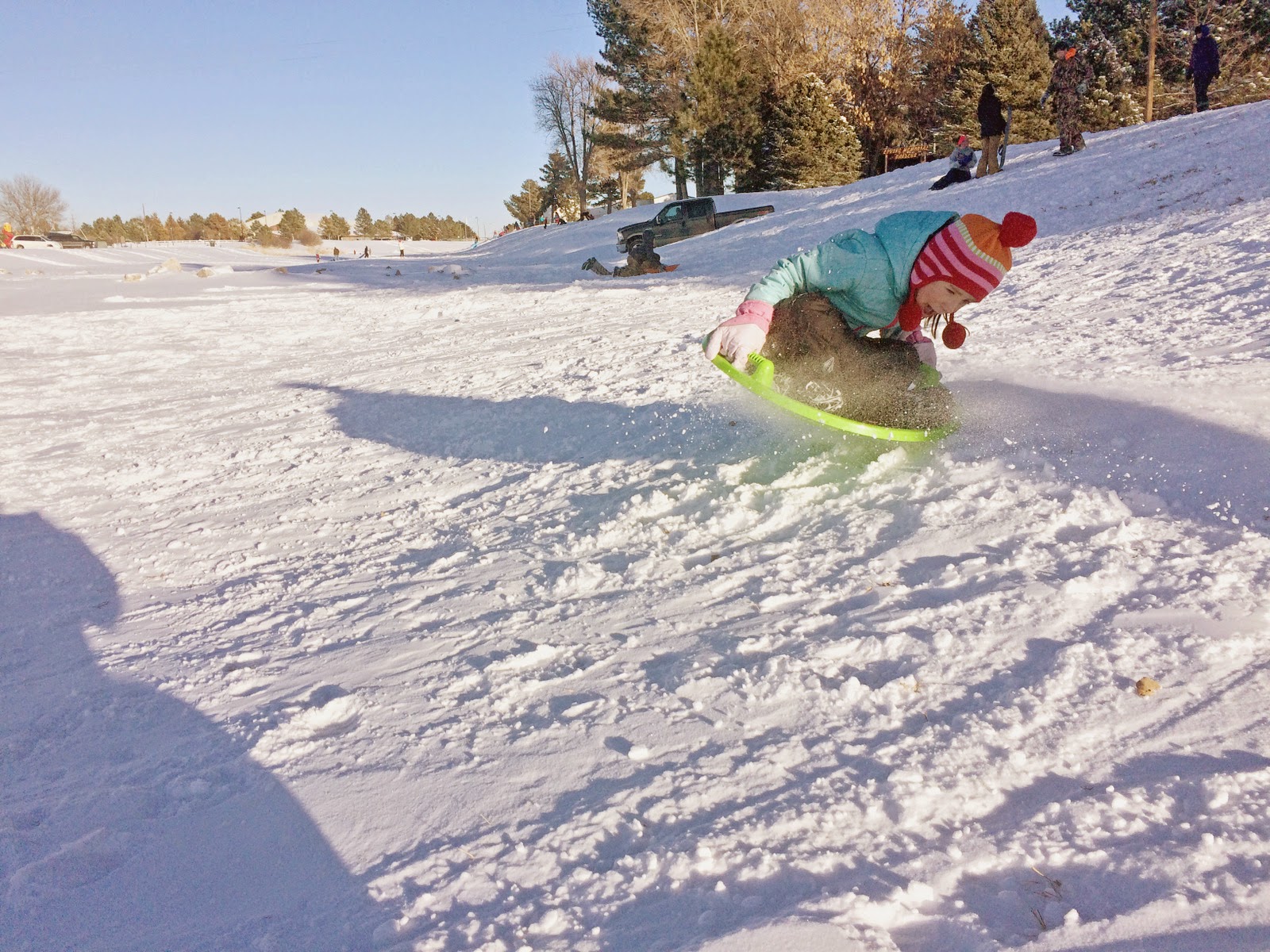 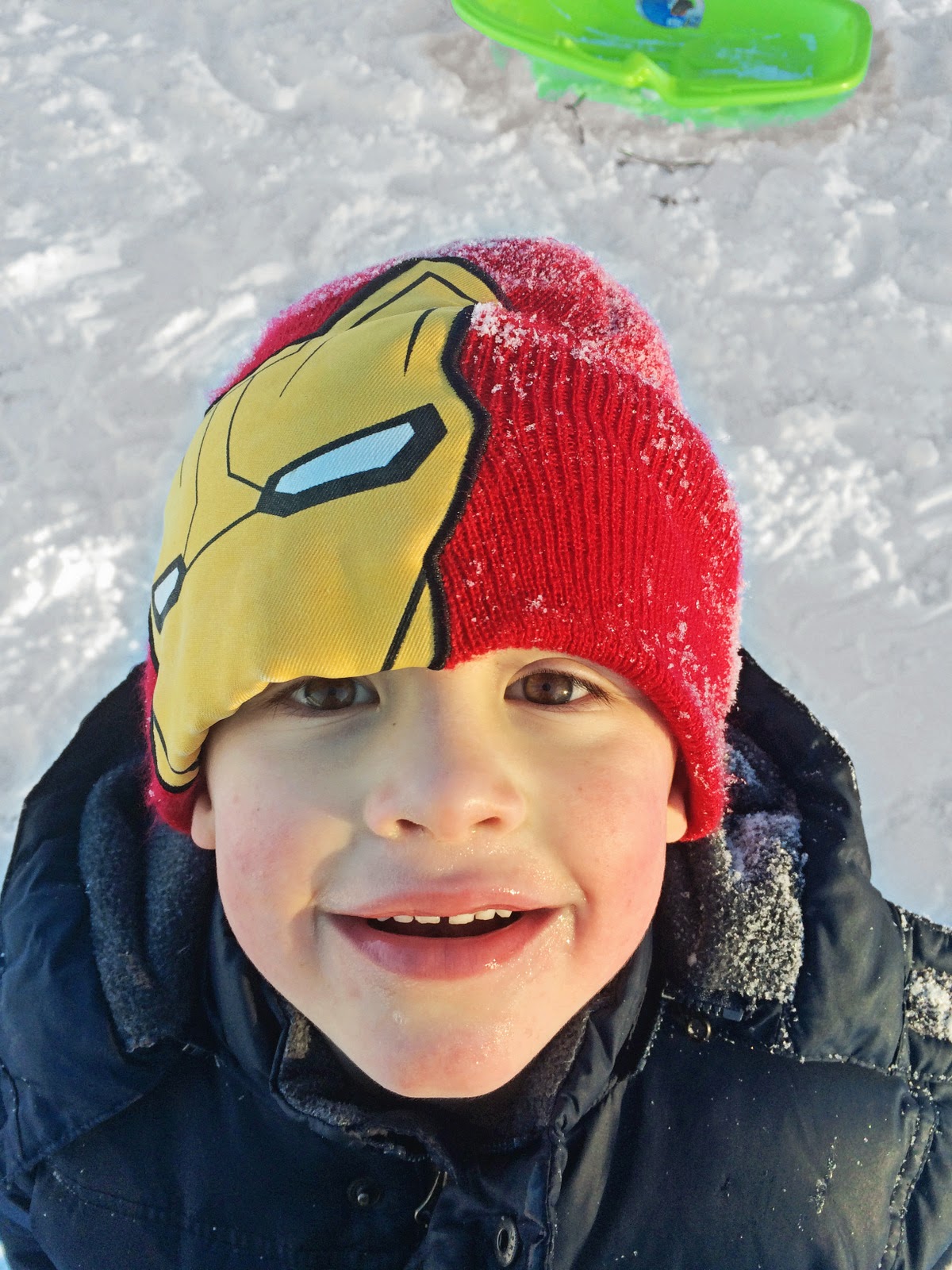 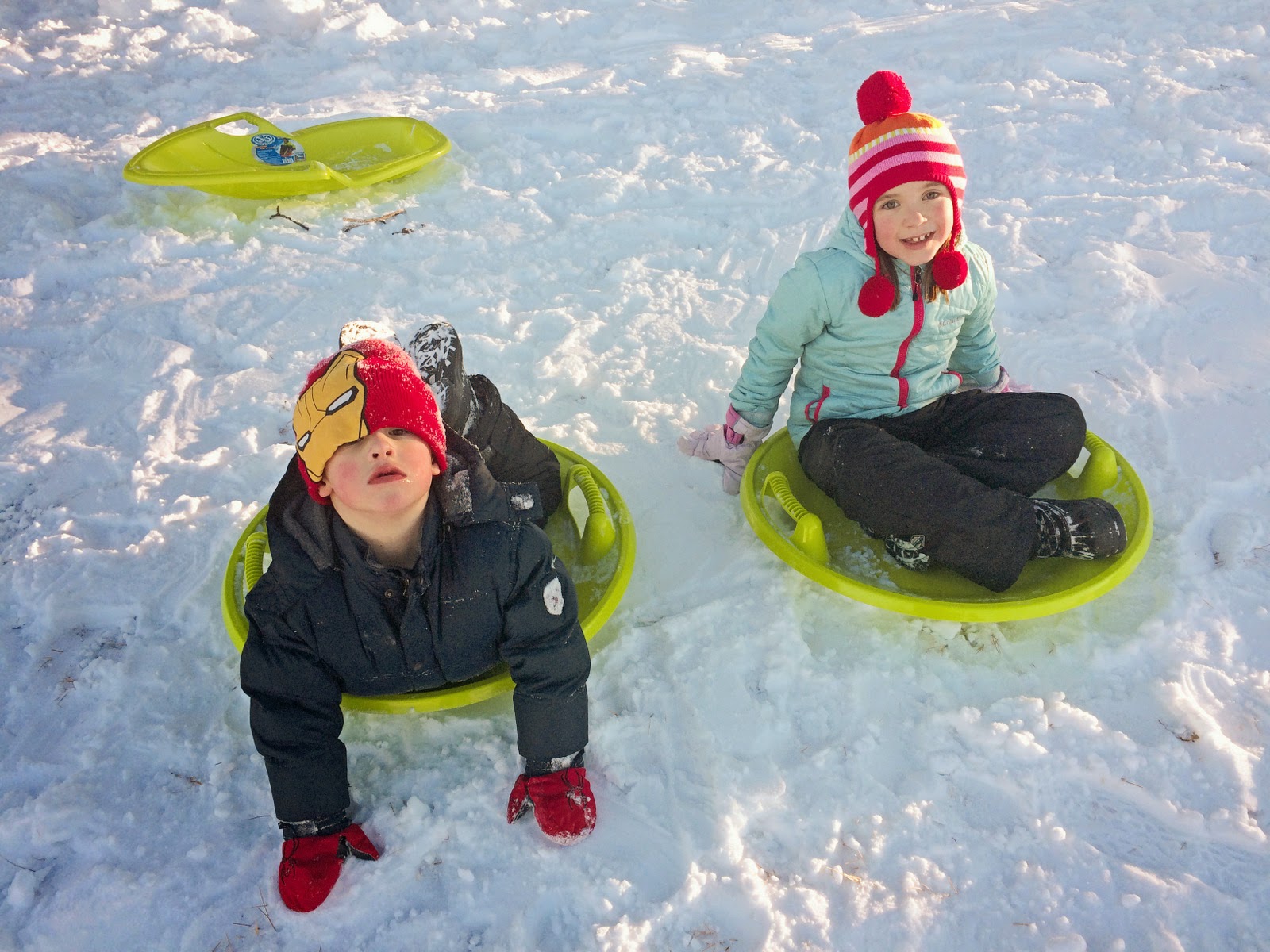 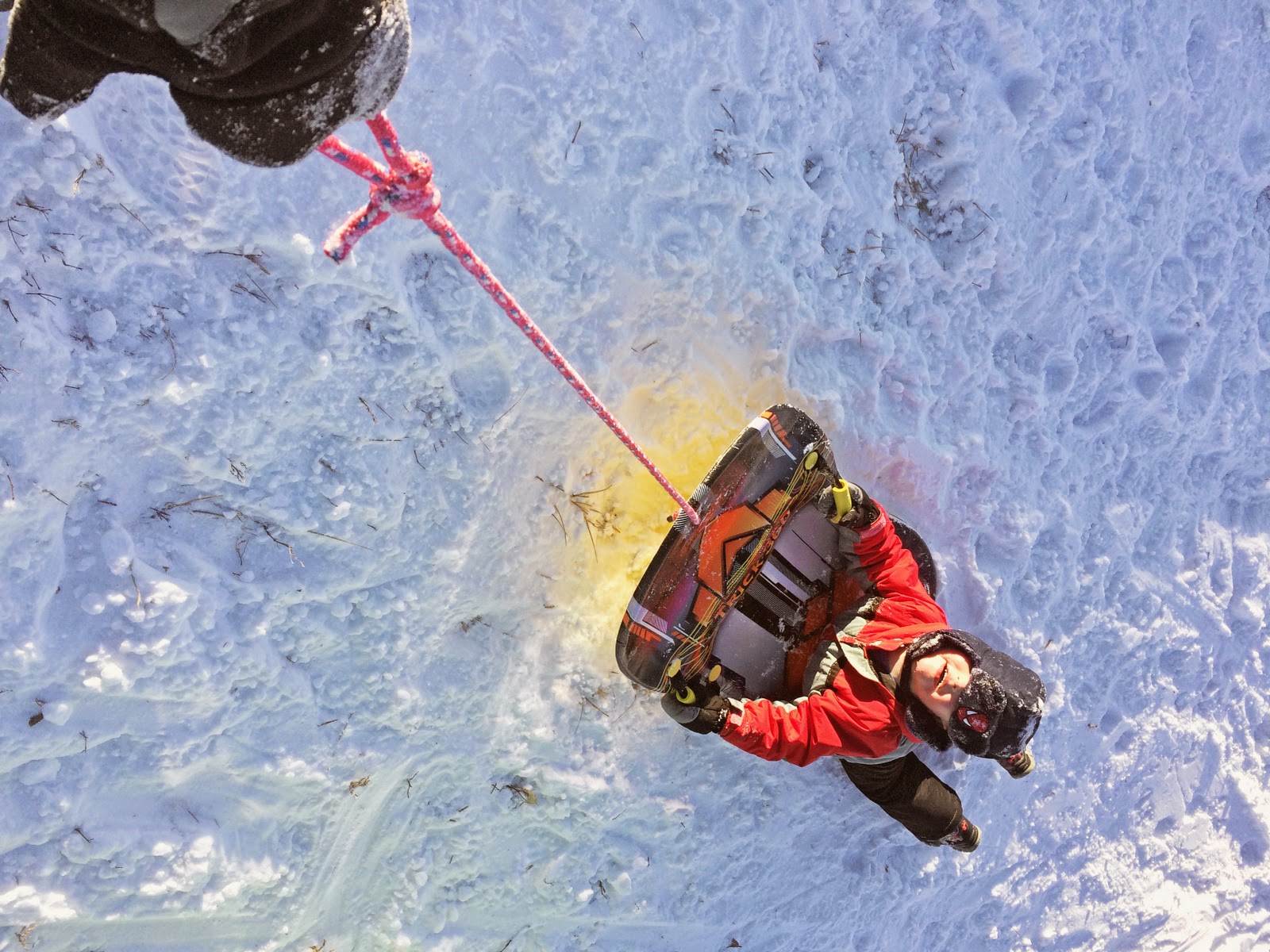 Snow. We have a plethora of snow! It is snowing again today, another 3 inches at least. Today it is windy with temps hovering around 13 degrees. More snow fell on Friday, it was misty and absolutely breath taking outside. Justin took the kids sledding that morning. I went a little while later in the van with Evelyn. As predicted she was not keen on playing in cold snow. She cried most of the time, about 10 minutes, as I snapped some photos of the kids sledding. Amelia took Evelyn for a short turn down the hill. It was terrible. She almost perished from cold and excitement. As soon as Justin picked her up she was all smiles again. Justin made a small "jump" at the bottom of the hill we were at. Amelia and Phillip were catching serious air as they vaulted over the jump. Justin hung my new curtain rods and curtains after sledding. I am finally vindicated, the vertical blinds lost. In the past year the boys yanked off a couple slats, broke the sliding rod, and jammed the mechanisms. It was time to let the poor blinds die a spectacular death. The new curtains look awesome, especially after a good steaming.

Saturday I committed to take photos for a couple celebrating their 50th wedding anniversary. Four other photographers either cancelled or were out of town. The poor lady was desperate. I agreed, especially after she said the family would be ready by 10 and photos done by 10:30. I arrived at 9:40 and was ready to go by 10 am. Nothing. Nothing happened until 11:30. I was peeved that the photos were not done until after 12:30. I did enjoy a quiet nap (or 6 naps) while I waited in the Catholic Church's chapel. I missed out playing basketball with the family and lunch at Subway. I took the older kids sledding while Justin and Evelyn napped. We had a blast. The jump was even better the second day! One time I caught a couple feet of air! Everett is a trooper, sliding and hiking up with singular ambition. We amused ourselves for hours with sled trains, spins, different positions, and borrowing other sledders sleds. I earned a huge bruise down my right leg! Amelia earned a nice ice scrape on her cheek when she and Everett crashed.