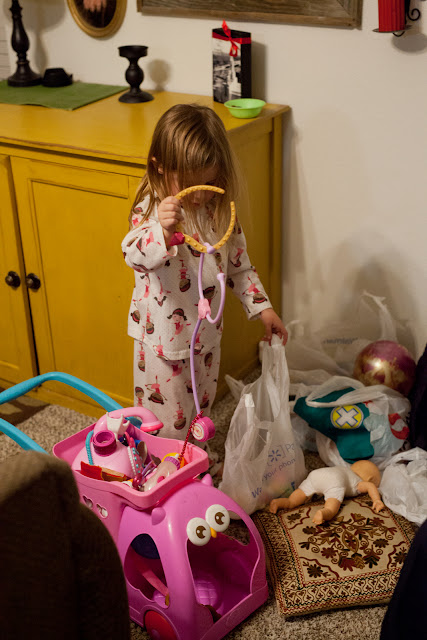 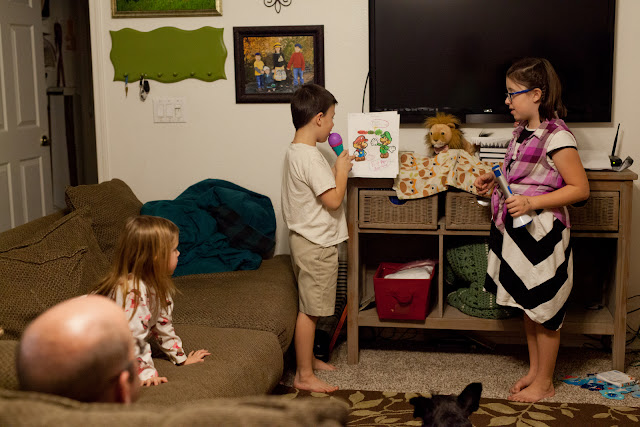 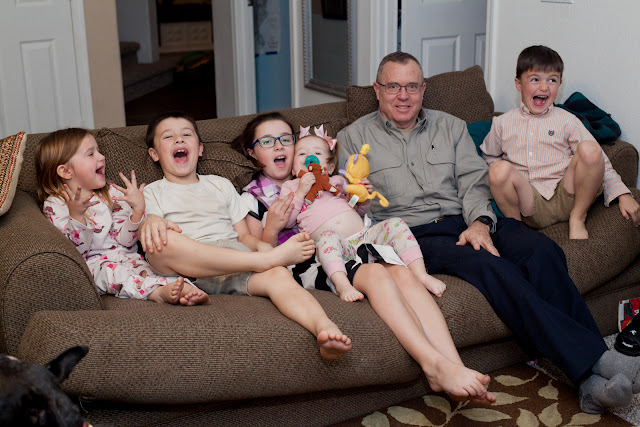 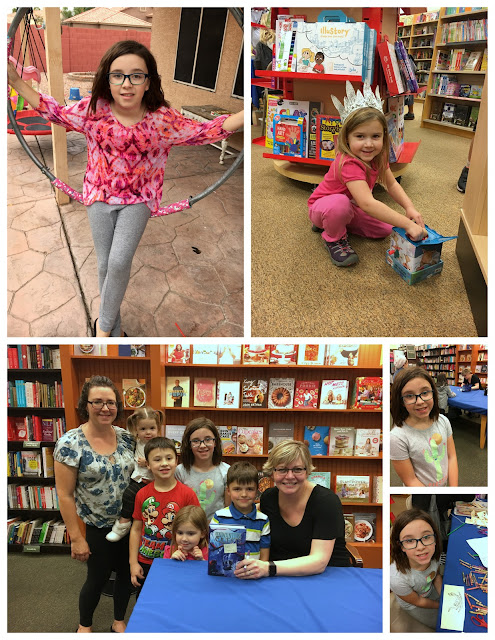 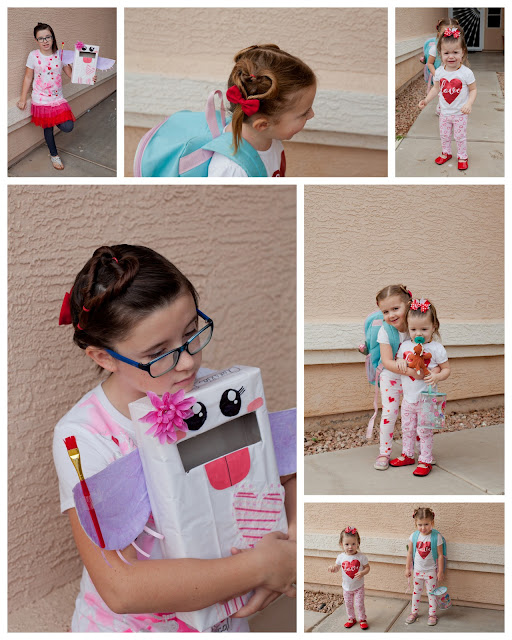 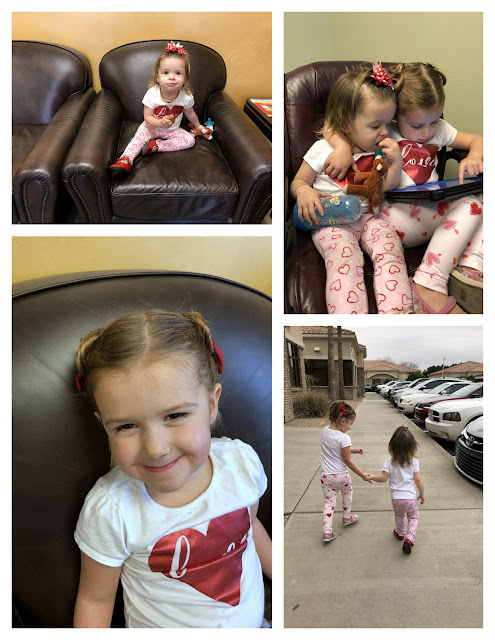 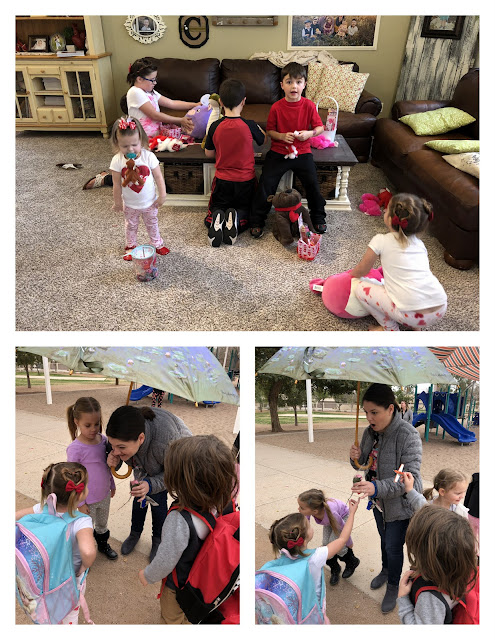 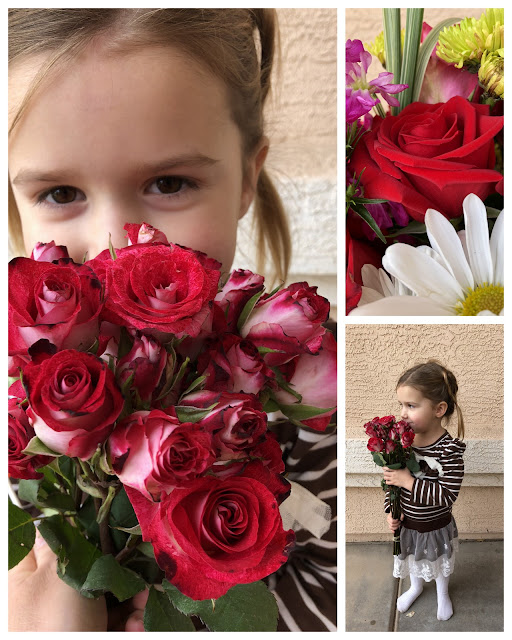 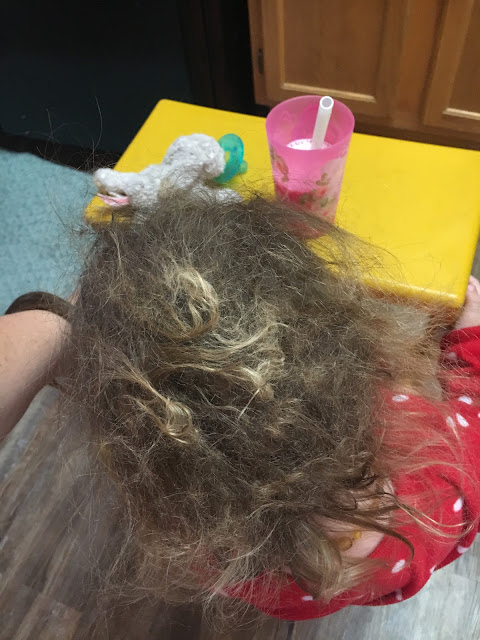 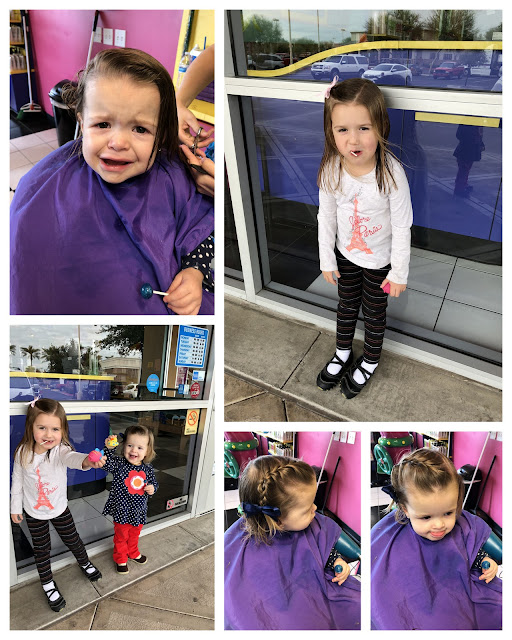 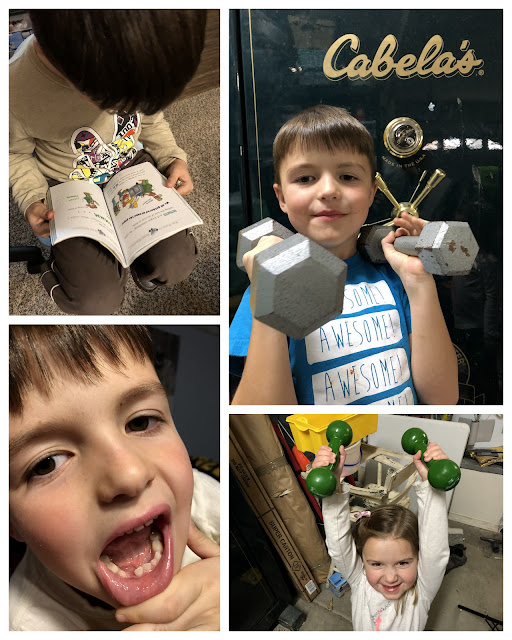 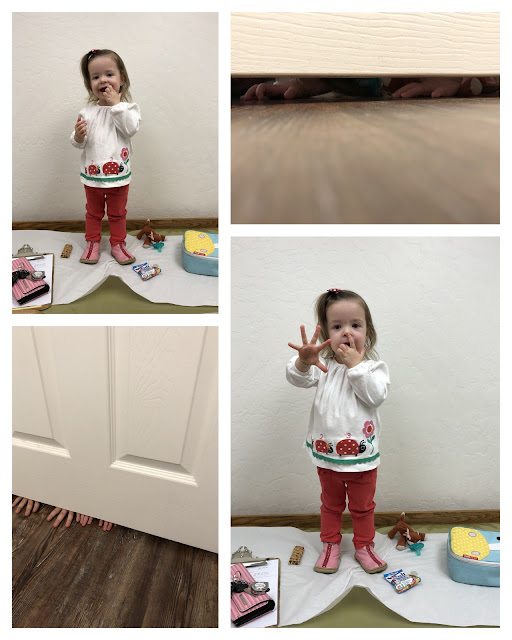 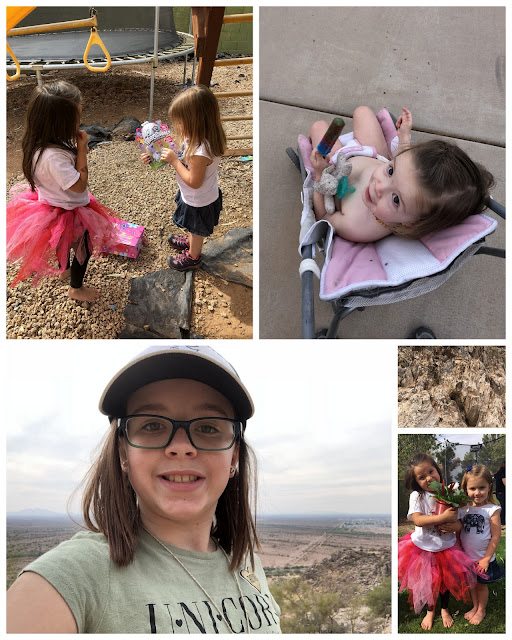 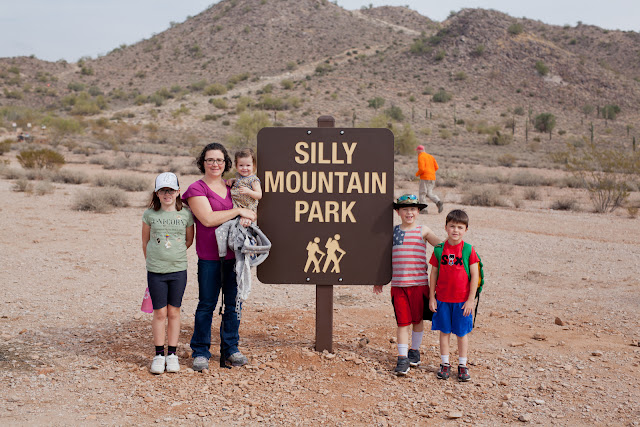 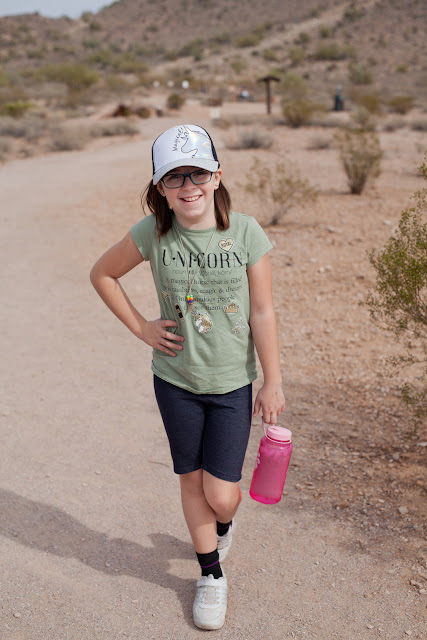 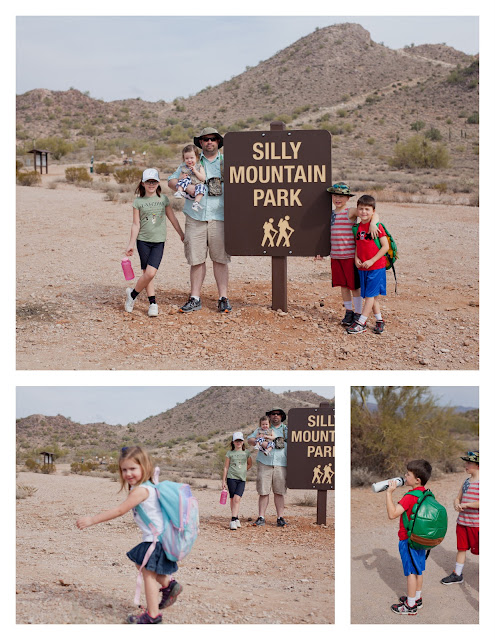 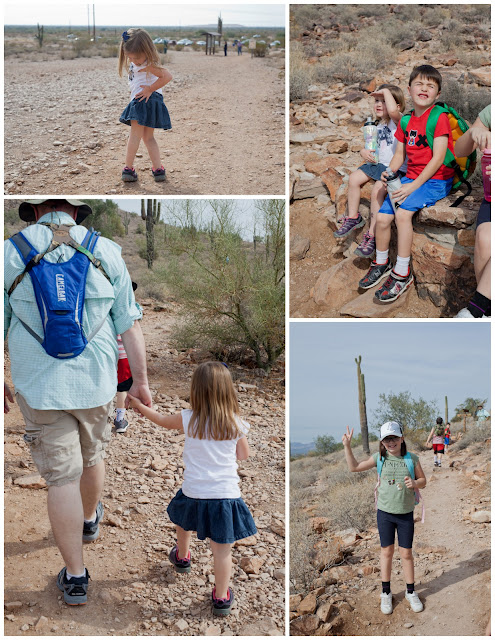 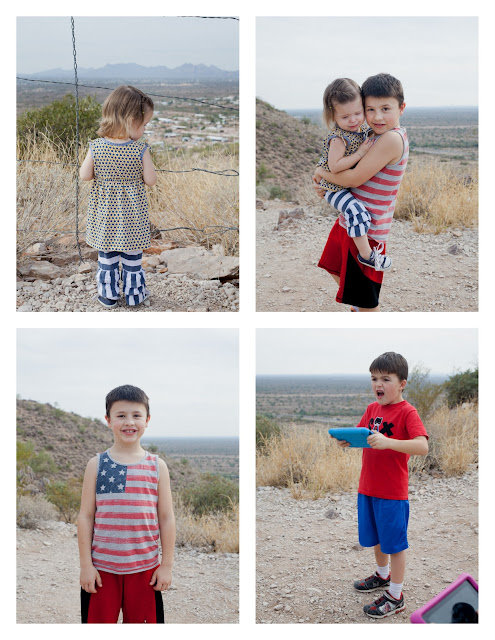 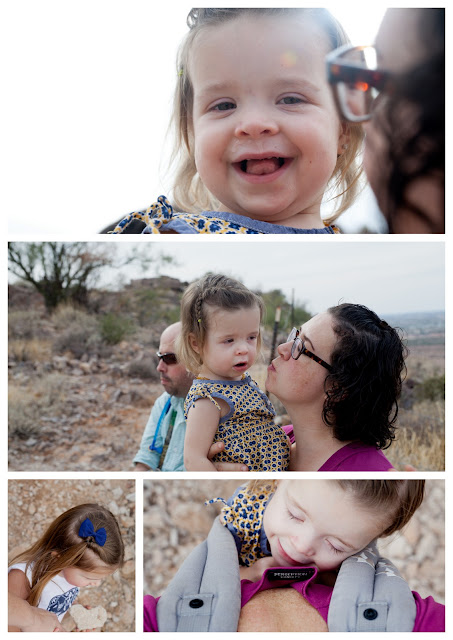 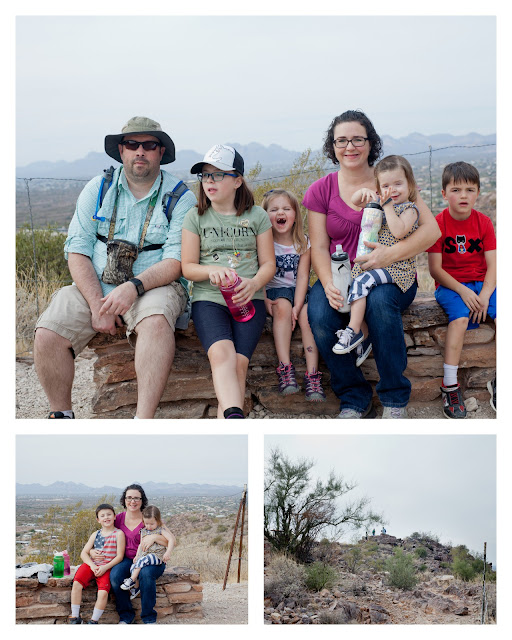 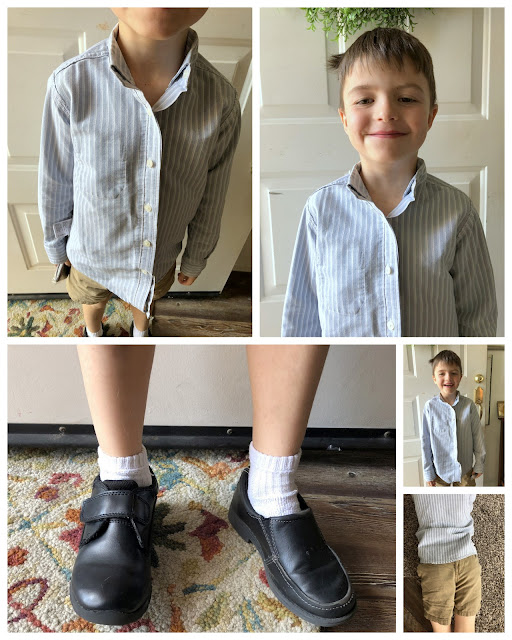 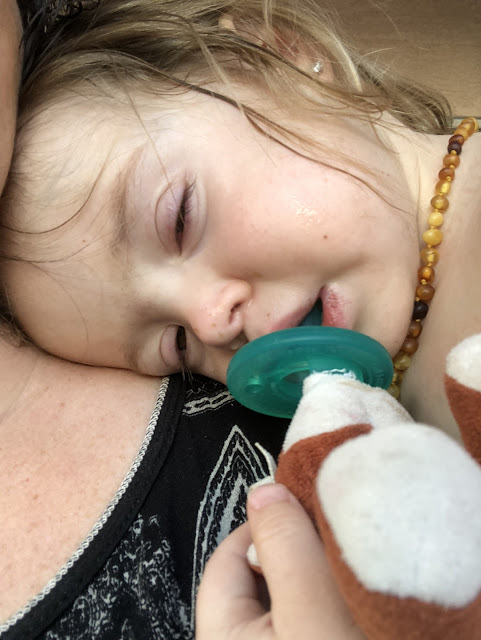 Grandpa Lane was treated to an art show courtesy of Amelia and Phillip. Both kids had a microphone and 3 amazing works of art to show off. I spotted Evelyn turning into a bag lady. She had 6 grocery bags stuffed full of play food and dolls. I, too, am a bag lady. Girl! I understand! All the kids showed off their scripture reading skills! Dinner was a little sketchy, my lettuce was frozen solid so the bulgogi was confined to baby lettuce style. Dad even seemed to like my cauliflower rice substitute. We asked him for a lecture but the spotlight was too much. Ha ha. Evelyn started coughing and running a fever Saturday night. She stayed home from church and school (through Tuesday). Toddler coughs are the worst because they don't properly cover their mouths, now a week later all the kids are hacking and coughing. Dad chose to sleep on a mattress in the living room. He reported a nice, full night of sleep! Yay.

Dad finished loading the trailer with his buddy's belongings shortly after 9:30 am. He decided to head home shortly before noon instead of staying another night. We had an hour or so to talk without most of the noise. Evelyn was decidedly quiet as she fell asleep after a gnarley night's "sleep." Dad stopped halfway in St George that evening. We enjoyed a FHE outing at Barnes and Noble. Lisa McMann was at the store a mile or so away signing books. She wrote the "Unwanted" Series, a series I faithfully read. Amelia got to hear her talk about her newest series earlier in the morning. Barnes and Noble has the finances all figured out, first you have to buy a book to have signed, then you have to wait for your turn surrounded by toys/books/activities, your senses are also bombarded by freshly baked cinnamon roll smells in the cafe. Evelyn wore a fancy crown because of course she is a princess. There were several crafts set out for the kids to work on as well. Josie was so cute running from toy to toy with cute "oohs and aahs!" at every shelf. Amelia was quite star struck to be so near a real author! We are quite intent now on reading the entire series.

Seems like most of my week was spent holding sick kids. Evelyn was unwell through Tuesday, Josie was sick from Thursday until current. Evelyn had a Dr appointment Monday afternoon where the Dr determined she does NOT have influenza, rather a viral cough. We saved ourselves $500 cost for family tamiflu, but now everyone is coughing. Josie was well until her well-child were she got two rounds of immunizations. She ran a fever from Thursday night until Sunday evening. Now she is just a whining, clingy mess. I am glad she fits in the baby carriers, I've worn her on my back for hours each day, my back a boogery mess. Wednesday I met with the new clinic I am looking at. After consensus we decided to run a hormone panel as well. My thyroid levels were abysmal as expected (T4 1.34, T3 2.8. and TSH 3.9) showing I am hypothyroid. Seems I am making the chemical but not absorbing it at all as shown by the TSH (normal is 2). Progress is good. I'll meet again next week to make a plan based on my hormone panel and thyroid. I am feeling a smidge more energetic since I stopped taking birth control.

Wednesday was one exciting day. Evelyn was dressed and ready for her party before 8 am. Amelia and Evelyn had cute heart hairstyles. Amelia finished making her emoji box just moments before leaving for the bus. I finished writing Valentine's for Evelyn in the van before dropping her off. Cutting the wire! Josie helped me set out Valentine's for the kids, a stuffed toy and candy. Justin totally spoiled me with flowers and a new iPhone. Why not get a new phone the day before? I was due for a new phone last February, so awesome! We stuck to our Valentine's tradition of dinner at a buffet style restaurant. We had dinner at Souper Salad. Amelia saw the restaurant name and giggled, "Mom! It's like a pun! Soup or Salad...he he get it souper salad!" Justin met us there. Josie shrieked only once, much to the dismay of the gentleman sitting behind us. I think next year we will have to find a new tradition. All the kids were quite sugared up and excited after their fun day at school. Justin got Amelia and Evelyn some roses for Valentines. Spoiled rotten.

Evelyn and Josie got hair trims this past week. Josie wakes up each morning with a nest-worthy head of tangled hair. Grandma Debbie suggested if her hair was trimmed the mess might not be so bad. It is pretty easy to brush out, not much effort with some detangler and a soft brush. Evelyn was so excited to get a trim. Josie was not so excited to get a trim. Evelyn got a cute hairstyle with a bow, glitter, and cupcake smelling spray in her hair. Josie tolerated her haircut fine, sat still while blubbering and giving me puppy dog eyes. Since her trim the hair nests have decreased in size and severity.

The boys worked diligently this week to increase their muscle mass by lifting weights in the garage. Everett was especially diligent to lift weights for 30 minutes (aka 5 minutes). Every few minutes I'd gauge his arm muscle mass with a squeeze test. His goal is to be stronger than Justin in a couple weeks. I think he worked out so much he also popped out a tooth. Kidding, but he did lose his first side incisor. All week he worked pushing that tooth around with his tongue. I finally managed to yank it out much to his relief. The tooth fairy delivered a dollar that very night. She is known to be a bit flaky around these parts, sometimes not showing up for a good 2-5 days later.

Phillip and Evelyn organized a music show for Justin and I. Phillip lined up chairs and labeled each chair with the appropriate occupant. The reason for his show was that I finally got around to making him his own playlist on Amazon Music. We watched a very funky version of "Faster" with Evelyn gracefully bopping around and Phillip bouncing off the furniture and ground. The amount of dabbing was incredible.

Friday night Justin and I got to go out on the town. We had some wings for dinner then watched The Black Panther. Ahhh, so nice to be alone. Amelia had the girls asleep before we got home. She earned just as much as the babysitter.

Saturday our cleaning session was not as painful. Evelyn went to her friend's birthday party, maybe that was part of our success. She can be a pain in the bum sometimes, mostly just a pest undoing what we work hard to accomplish. Evelyn is now excited to turn 5, a huge change over last week when she wanted to stay 4 forever. After naptime we took the kids to hike Mt Silly not too far from our home. Josie was still running a fever that went even higher during our hike. I took the little girls back down the trail halfway through the hike. My back was covered with snot and burning up from poor Josie's fever. Poor kid had red, swollen eyes, nasty running nose, and a cough. Evelyn and I played Shimmer and Shine on our way down, Josie got to be a magic carpet since she was hitching a ride on my back. The way Evelyn says girl makes me smile, sounds like guirrel, a female squirrel.

Josie continued to lag about the rest of the day, I stripped off her clothes and gave her a popsicle in an effort to reduce her fever, a walk around the neighborhood helped as well. Justin stayed home with her from church. He reported she slept most of the time we were gone. She slept the afternoon and evening away as well. Poor little baby. Monday and Tuesday she was overly ornery. I took her to the clinic sure she had an ear infection to boot. She does have a double ear infection.

I included a photo of our walking wardrobe malfunction, the Sunday edition: shirt inside out and buttoned up correctly (how?), shorts on backwards, socks inside out, and two different shoes.

Posted by Jenni Call at 11:02 AM 0 Stupendous Remarks