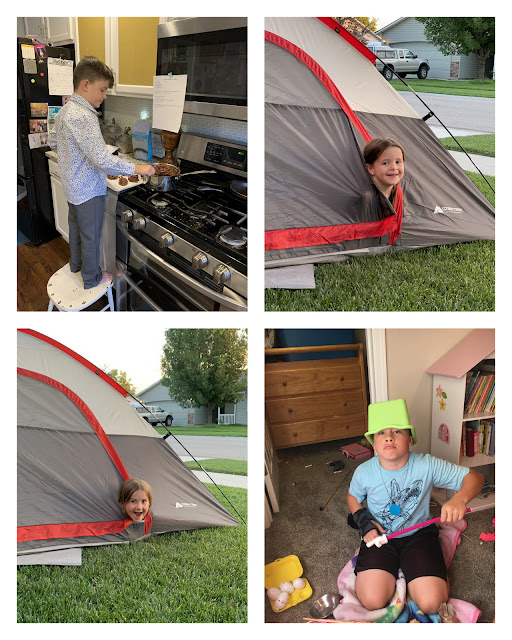 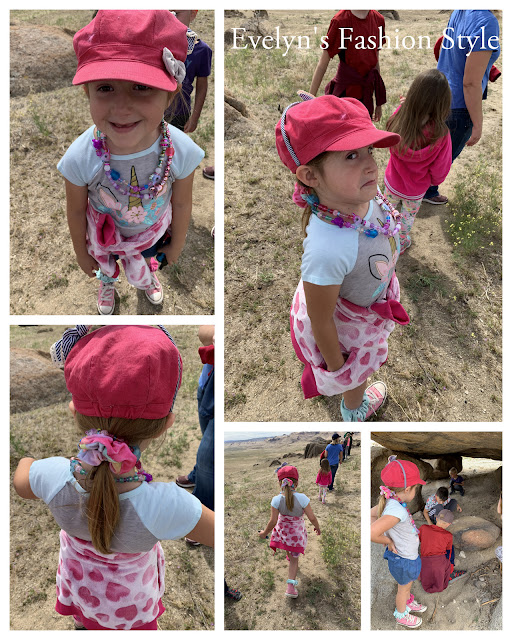 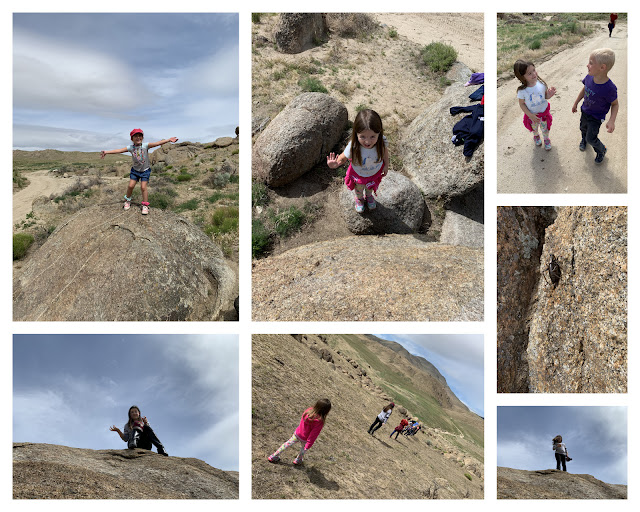 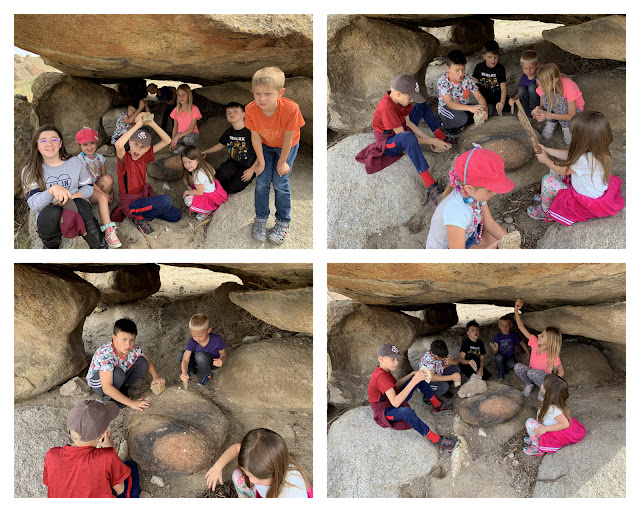 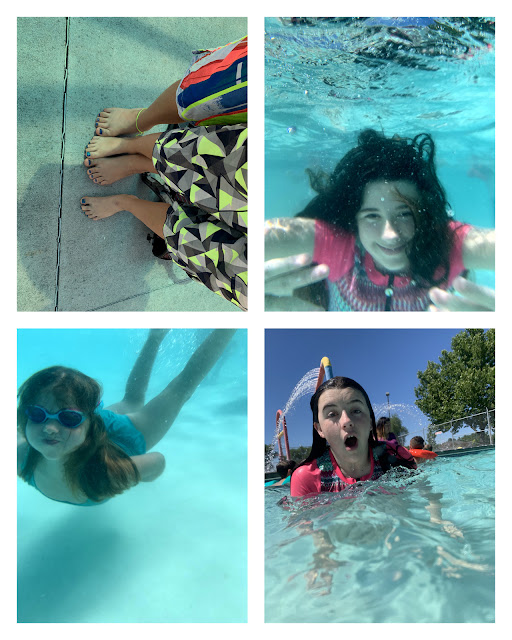 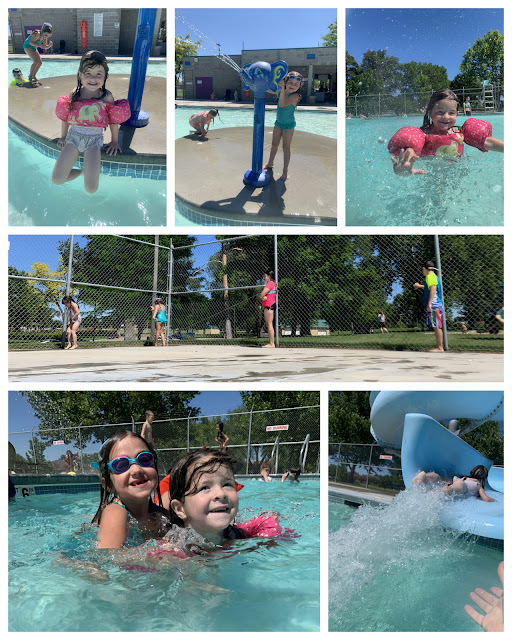 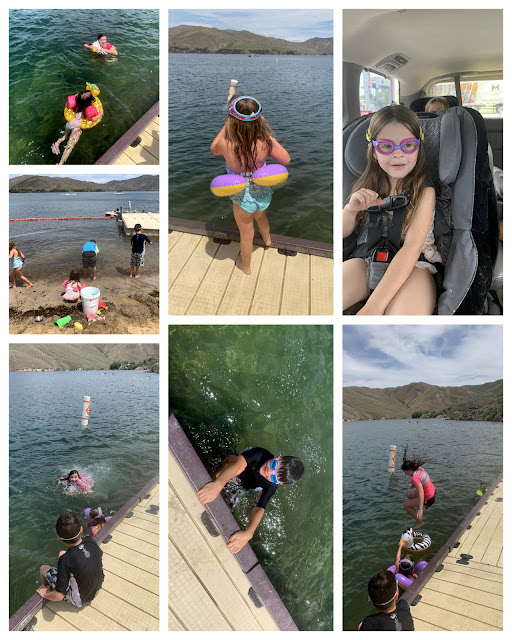 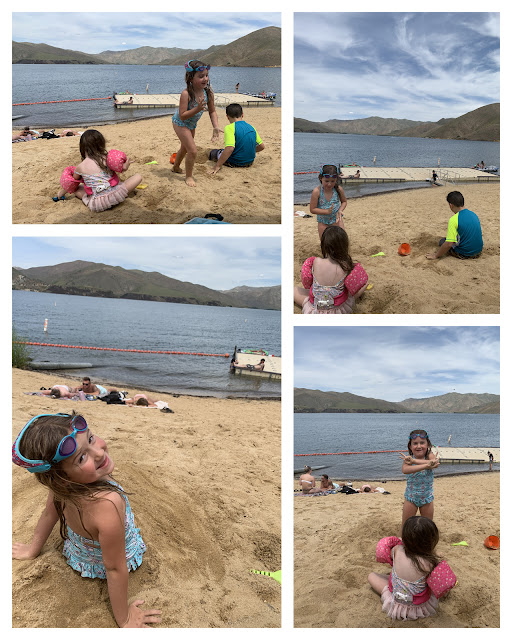 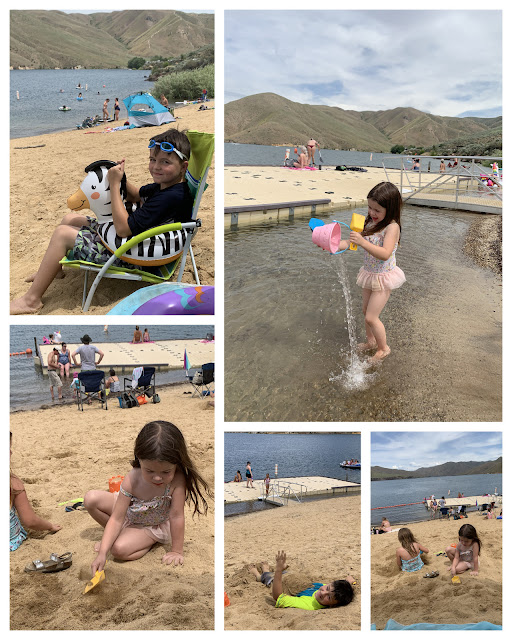 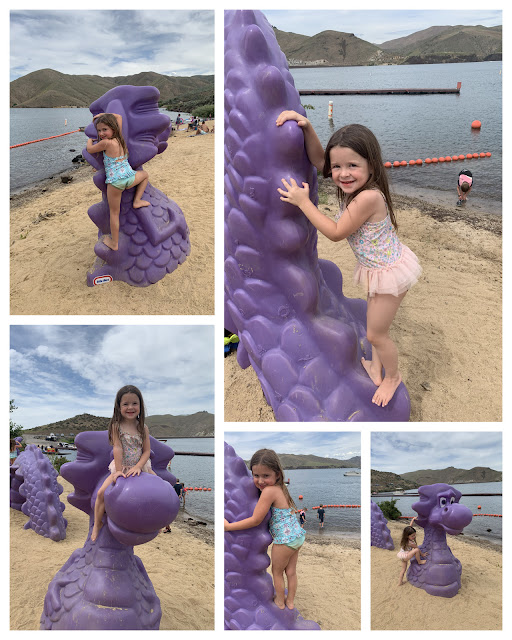 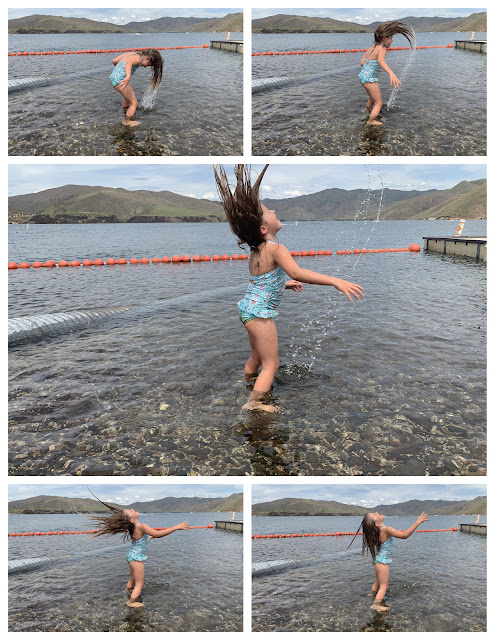 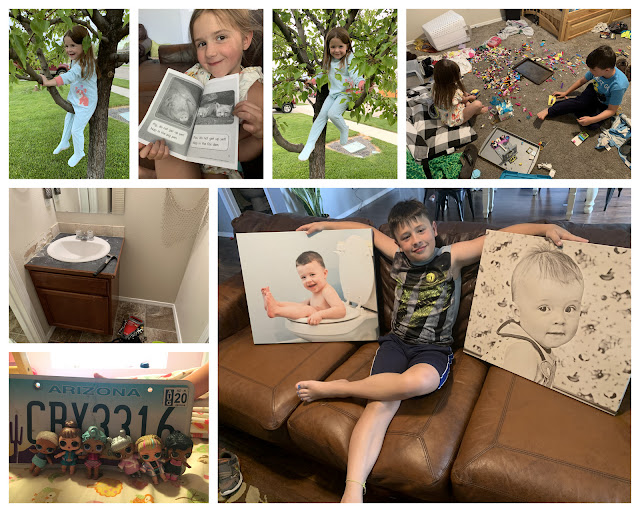 I was feeling a strong sense of wanderlust this week. We were able to explore several new locations this week as a result. I love being outside and doing, not a fan of staying home with the TV on.

Everett worked on one of his youth goals this week and made no-bake cookies mostly by himself. I stayed in the kitchen to monitor him (much to his annoyance) and add in the corn syrup. He made the BEST batch of cookies for us. Way to go Everett!!!

Tuesday we drove out to Wilson Creek Trails with the Ostlers for a couple hours just to get outside. It rained/drizzled most of the way out but not enough to discourage us. Sarah led the way up a large mound of rocks and hills. I was in the back with the straggling Josie. The climb up was slippery and filled with scree. Our view was of a really stinky cow lot. Once up on the south side of the mound we discovered about a million Mormon Crickets (katydids) sunning themselves on the rocks. Everyone was thoroughly disgusted as we crunched over disgusting bugs. The noise was deafening.  We had radios buzzing with disgusting examinations about our discoveries at every step. The crickets faded away as we descended the other side of the mountain. I was sure the kids would have nightmares about their experience, alas no! The boys found a fun "cave" at the bottom where all the kids played for a bit. Phillip was trying to break a large rock caveman style. We enjoyed a picnic lunch before heading back home. The kids earned an ice cream cone for that experience. I was relieved we got home before the DMV police representatives. They came out to get our vehicles VIN numbers for registration. That was pretty slick...instead of trying to caravan 3 vehicles and a motorcycle they came to us!

Wednesday I signed us up for a slot to swim at Lakeview Water Park Pool. Gone are the days of paying one entrance fee and staying all day. I signed us up for a two hour slot from 2:45-4:45, each slot you sign up incurs a new entrance fee. Still better than not swimming. We were late because I could not find Josie's new goggles. I did find them several days later inside a random bin in the school room. All the kids rode down the water slide several times. Josie got in trouble for going down on her tummy and upside down. I think she was so small the water spun her every which way! It takes guts to climb up those two stories of stairs alone to ride down. Evelyn was a maniac on the slide. She swam a good 20 feet all by herself! Her swim skills are back already. The boys decided to paint their toenails blue while I was out grocery shopping!

Thursday afternoon we drove 45 minutes away to try out Barclay Bay. We past a large swimming area called Sands Point Park that also looks fun. We decided to just stay at Barclay and save the other area for our next trip. Our beach umbrella tried to fly away with the wind several times. I finally staked it in the right direction to get shade and stay pinned down. The water was C-O-L-D, shivery and cold. We all tried the water once but only once did we really submerge ourselves. I waded about for a while, my legs were purple from the cold. Sooooo....we because sand hermits. It was still fun to just enjoy and relax in the sun and sand. We all came away wanting a fun paddle board or large island floatie for the next visit.

Friday I arrived at the DMV at 7:45 to get my ID license. The line was wrapped around the block! I waited in line until 11:20 am. So boring. I had to take the written driving test, passed that with flying colors. Went back to the counter to finish the process when the intake lady said she could not finish my application because there was an issue with my SSN. I was fuming mad! Went to my car and called the local SS office. They checked my number and vitals, everything looked completely normal. The line was the same length as when I arrived early in the morning. I just went back in and waited for the same intake lady. I had her try again, turns out there was a glitch with the system that several phone calls to the state office finally corrected. I am relieved I don't have to go back for another morning of waiting in line. I got my new license and Star ID card. I am doubly relieved that my SSN is not compromised. I was sweating for a hot minute. While I was sweating it at the DMV Amelia was at home making the kids sweat in the kitchen. She kept true to the theme of the day: Foodie Friday. She made no-bake strawberry cheesecakes in a mug. She had each kid assigned to a task: Phillip made whipped cream, the littles spooned in the measured ingredients, and Everett got mad. The result was a creamy, delish dessert. Justin and I got to take the evening off for a date. We went to a Mexican restaurant with decent carnitas, quite authentic if you ask me with a slight orange taste in the marinade. We tried to hammer down a date and idea for a short family vacation. Nothing. We got nothing this year so far. Bummer. Most of the camping spaces are booked for the year, everyone wants to get out of town and camp. The rest of our date we spent at Home Depot looking for a new light fixture for our room and plumbing supplies to replace the bathroom vanities and sinks in the kid and guest bathrooms. When we got back home the kids were all plugged in watching Big Hero 6 the series. We made them get off and play outside...mean parents. Josie tried her hand at climbing trees, aka, I lifted her to the nearest tree branch and let her hang. She was delighted!

Saturday was a rainy day. Rain poured down off and on all day long. Mia and I washed the van while we made a short Walmart trip for travel sized deodorant and shampoo. Justin took the younger kids out to play in the mud with the truck. The boys told me they almost got suck...really didn't but the tires spun for a bit before gaining traction. I was fuming because Justin agreed (or so I thought) to help me dismantle the vanity. I did it all by myself. Several YouTube videos helped the process along. It was harder than the videos since the vanity was narrowly installed around the plumbing. I had to smash the vanity apart with a hammer, most satisfying. I got over myself after all the banging and destruction. We stayed up late watching Angry Birds 2 with the neighbor kids over. Justin went to bed early in a terrible mood. I facilitated the bad mood by ignoring him...not helpful. We figured it all out before the evening ended.

Sunday church we listened to an amazing talk by Elder Uchtdorf "Learn from Alma and Amulek." The talk segued perfectly into our week of devotionals. We spiffied up the house for a surprise visit from one of Justin's relatives. The kids were grumbling until Aunt Chi-chi and Uncle Kenny rang the doorbell around 4:10 pm. Chaos reigned for many hours afterwards. The boys enthusiastically taught Charity how to play Chickapig. The girls were a constant roar of sound and movement! I am sure Charity and Kenny enjoyed a much quieter ride back to Utah. Evelyn was thrilled to paint Charity's nails. Josie adopted Kenny as her new pet. So much fun to have family come by...we've never had so many visitors! I love every moment of it. Amelia went to bed with a family of butterflies in her tummy, nerves from her upcoming solo airline flight.