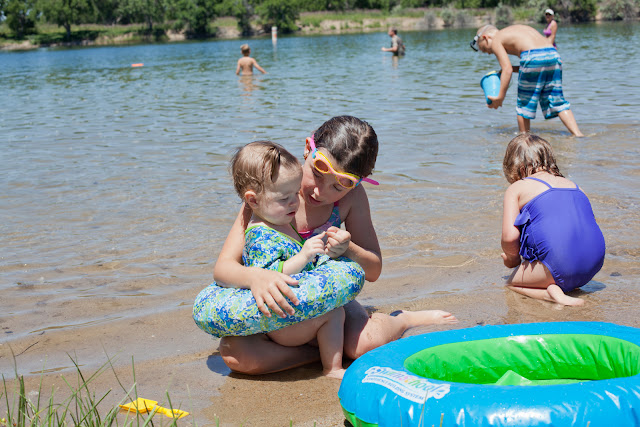 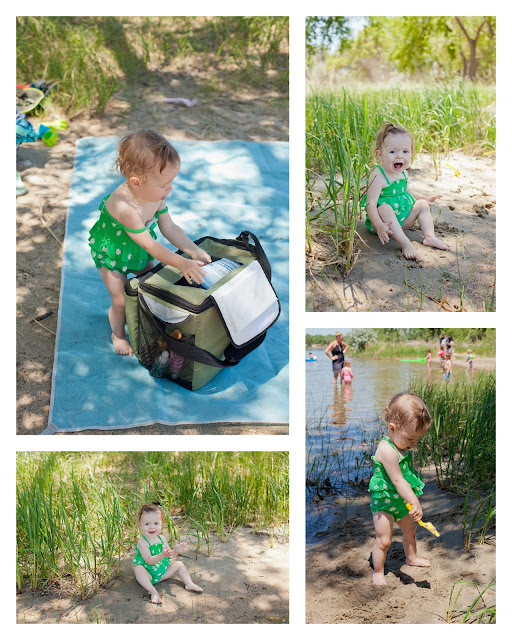 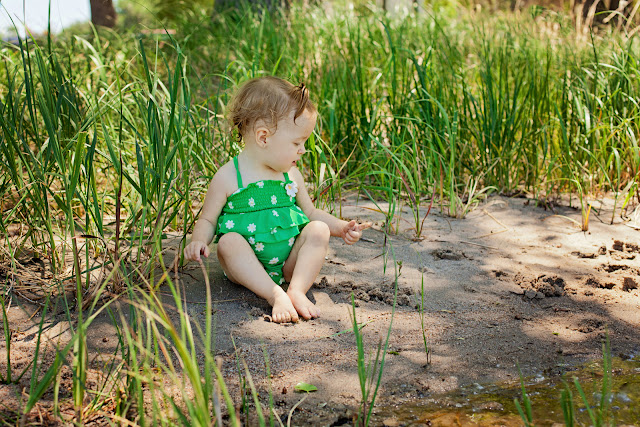 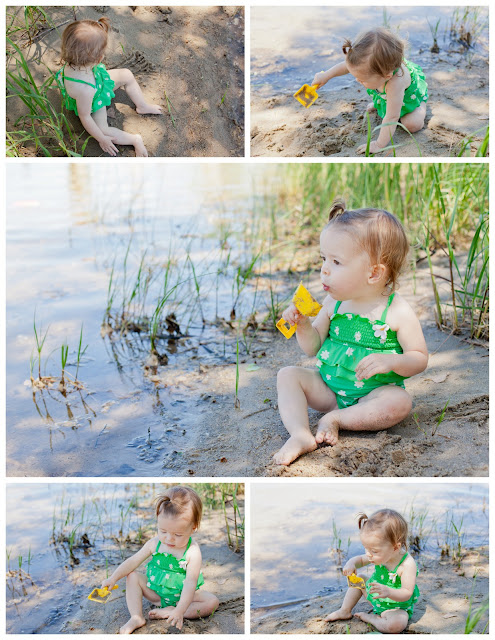 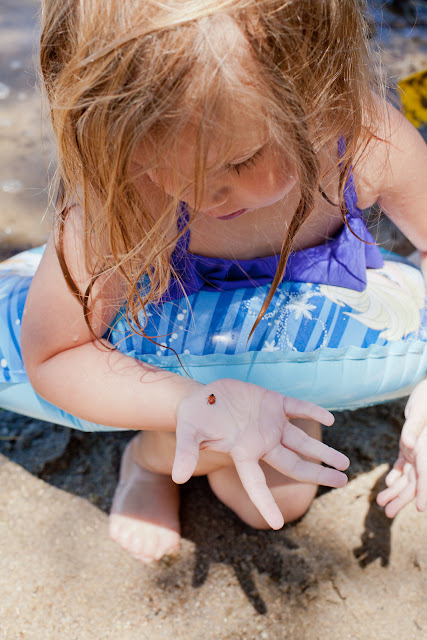 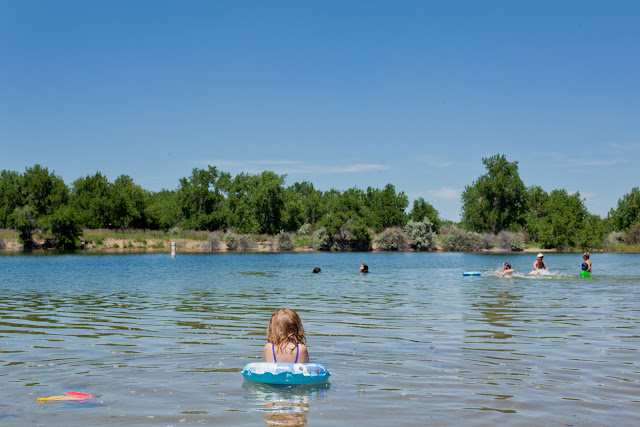 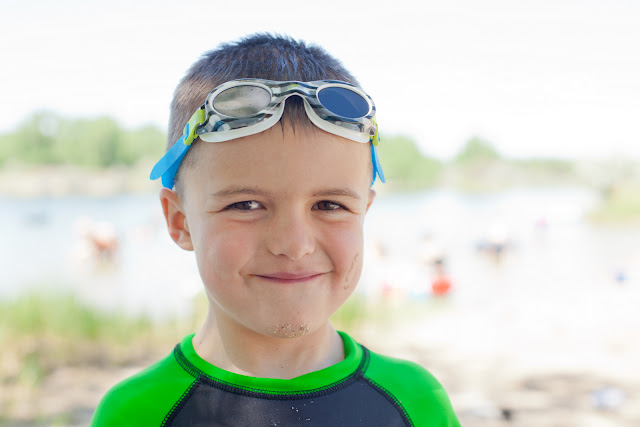 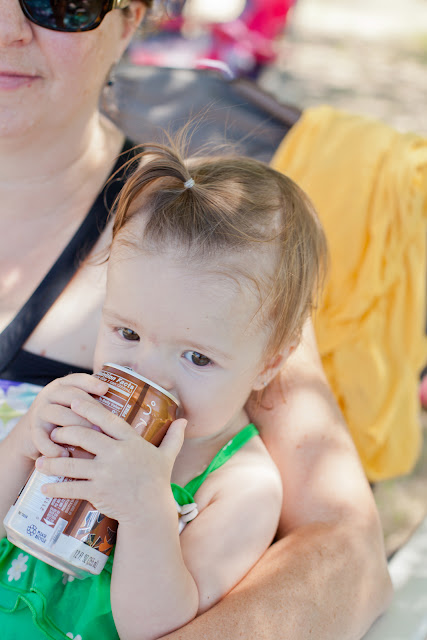 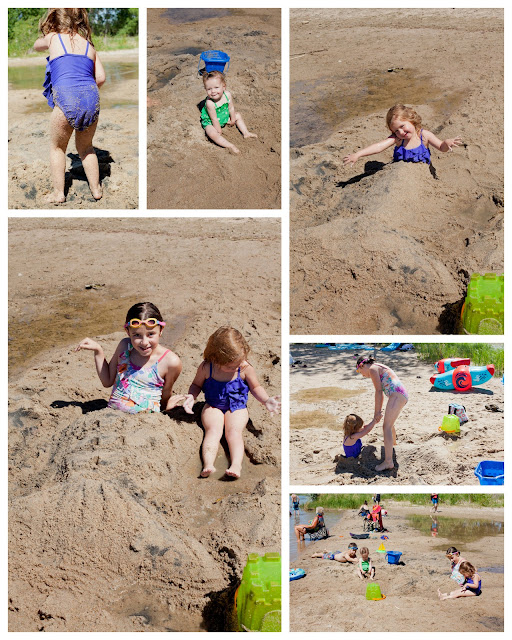 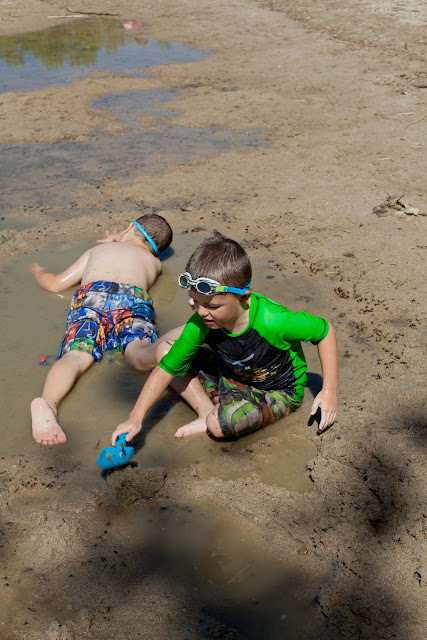 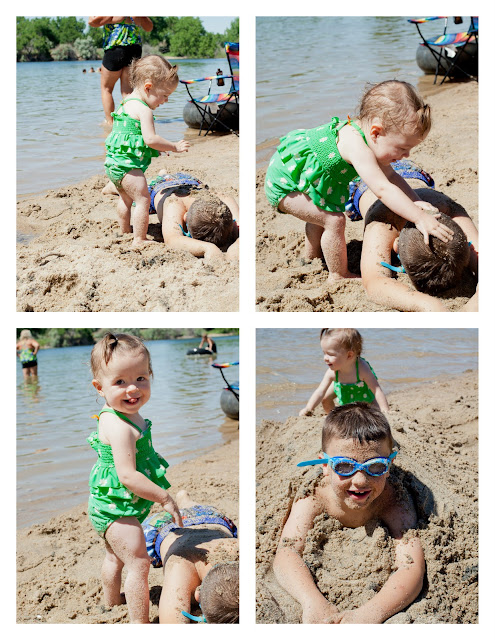 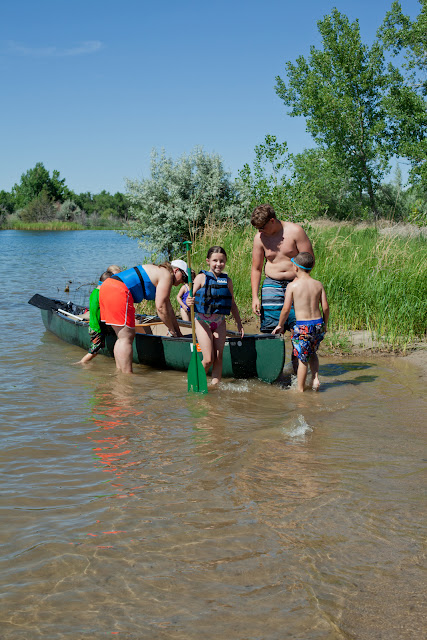 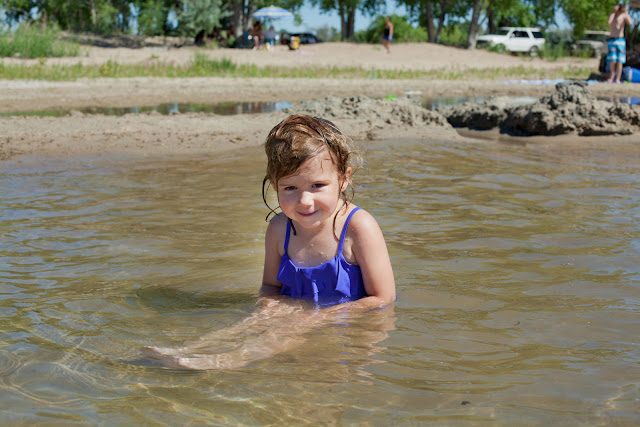 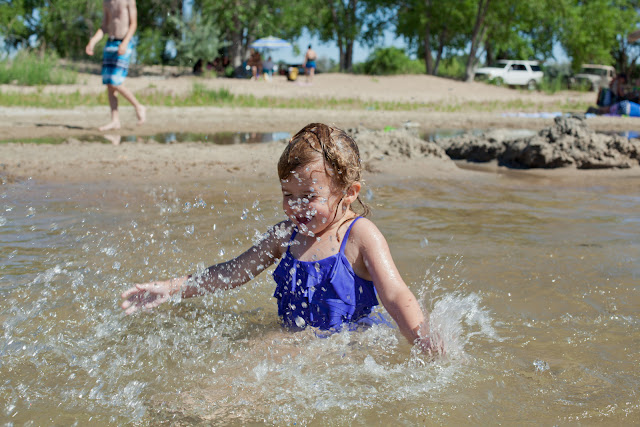 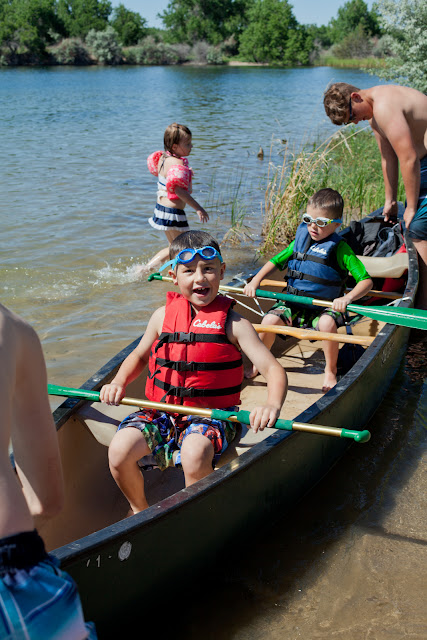 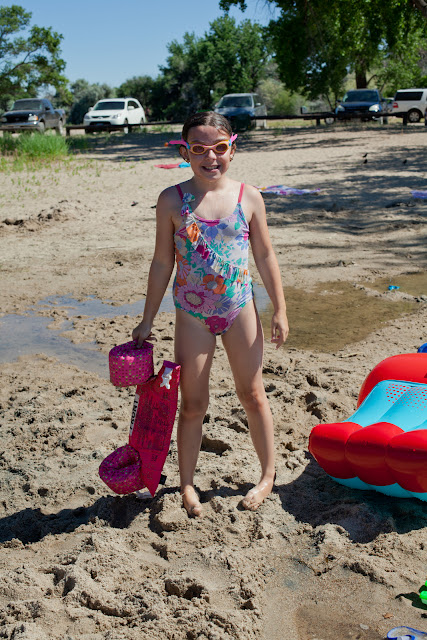 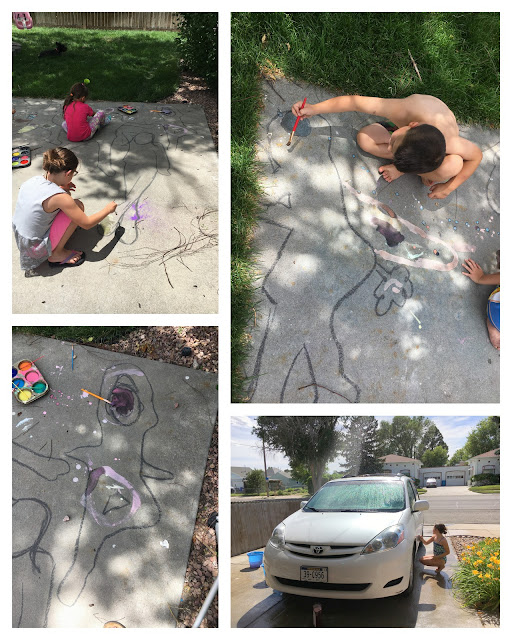 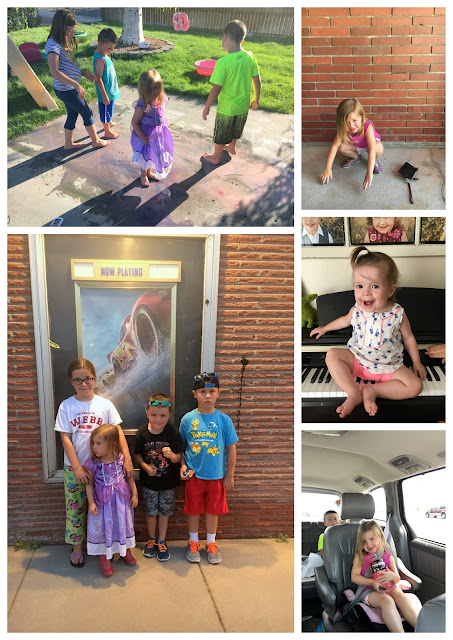 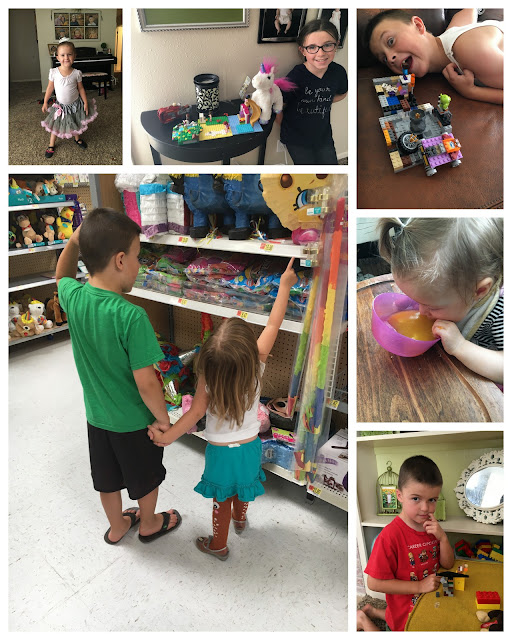 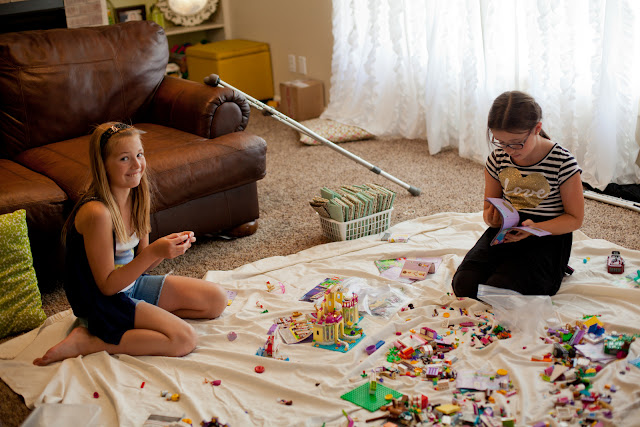 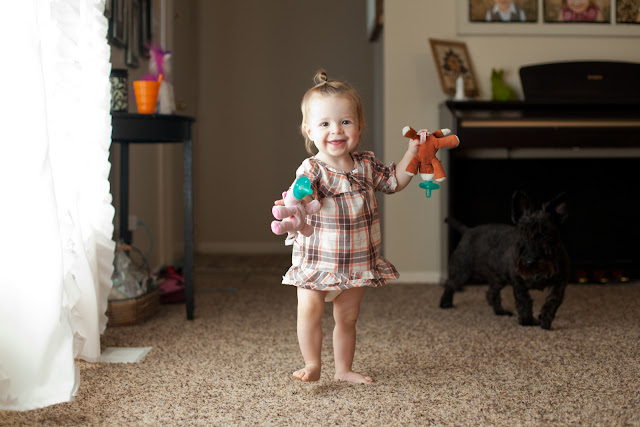 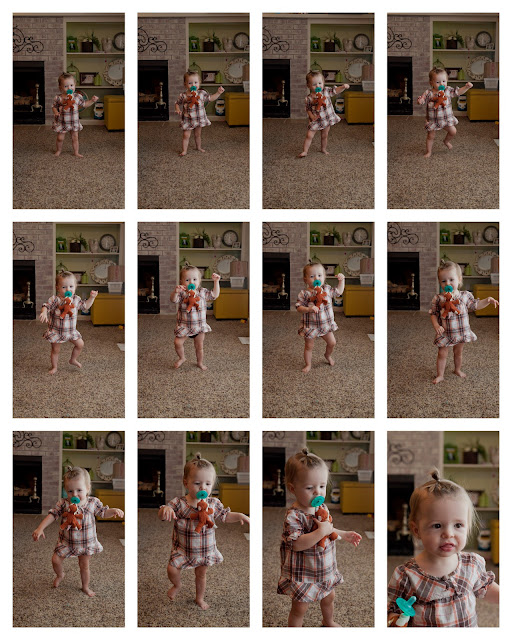 We made it through our first week without Justin. It feels like things are settling down a bit, at least as much as they can for the interim. Several times we chat on the phone with Justin through a video chat app called Duo or just on the phone. Josie can say "Hi Dad!" after which she chatters on like a monkey for as long as her attention lasts. Evelyn is the most possessive about talking with Dad, she thinks the monopoly is hers and hers alone. I do melt a bit each time she talks with Justin and says, "Dad, I like you!" She says it in her shy voice. Everett is the most reticent to talk, he'd rather fight the bad guys in his imagination. We try to read family scriptures and say prayers most nights with Justin on video chat. It makes the separation a bit easier. I just feel exhausted. Ha ha ha. I could fall asleep by 8 pm most nights. Do I listen to myself? No! After hours I look for houses, clean, talk with Justin and read my nerd books.

Monday our art activity was chalk paint. This time I traced body silhouettes for each kid, including Phillip's friend Lyrah. The kids painted in their silhouettes with the chalk paint. Phillip insisted that I draw a fart cloud coming out of his bum. BOYS?! During the afternoon we washed the van with the hose, towels, and car soap. The activity was less about getting the van clean and more about working as a team. The front bumper was covered with bug guts, my goal was to clean off all the bugs. Yuck. The kids had a blast spraying the van and each other. Josie was not keen about playing in the wading pool I set up in the garage as a diversion. She just cried by the garage door. I let the kids put some water on the garage floor to slip and slide around in. I remember doing that as a kid. Course my kids had to take it 5 steps further and flood the floor with water. I went inside to work on dinner, came back out a moment later to find Phillip flooding the space. Normally that is not a problem but we now have the stuff from the attic in the garage, stuff to donate, and boxes. It all got soaked. The kids were banned outside until they swept out the water and repaired the damage. They did good and cleaned up well. We went to the pool for night swimming as our FHE, treat was half off shakes from Sonic.

Phillip made Evelyn breakfast in bed. Such a lovely gesture. What a mess. Evelyn ended up with cereal in her hair, milk soaked into her mattress, and water splashed about as she tried to mix her drink. I got to clean her sheets and the walls. Phillip got to do the dishes. What a boy, so thoughtful boy. Next time make breakfast in bed for those older than age 7.

The forecast on Tuesday was for clear skies and hot temperatures! Yes! The kids had to put away their clean laundry and hang up their closet items to earn a trip to Bridgeport Lake. They all completed their task with gusto. We picked up Ella and drove to the lake for a blissful day in the sun. Everyone got some sun even with multiple sunscreen applications. I tried out our new sand blanket, it works well keeping the sand off. Josie was not keen on the water at first. She was more interested in emptying the picnic cooler. I forgot the bread at home so our picnic was lunch meat and cheese rolls. Noone seemed to mind much, bread is over rated in this family sometimes. I love watching Evelyn, she is such a water baby. That girl hardly left the water all afternoon. The Siler family showed up around 2 pm so the kids had even more friends to play with. The Silers took all the kids on canoe rides. That was quite fun. Mia and Evelyn got mermaid sand tails. Phillip wanted a shark fin on his back. Josie was quite excited to throw sand on Phillip and patting the sand down. She was content to play with Phillip as long as he laid still. All the kids were attracted to the gross warm water pools left over as the lake recedes.  We headed home around 5 pm, snatching some hot dogs from the Karette booth before leaving. I was anxious to be out of the house because we had no word about an offer we made on a house in North Mesa. We finally heard back that the owners live out of country and were hard to contact.

I worked all week on taking down photo frames, removing the photo(s), and sorting frames into keep or sell piles. I kept less than half of the frames in the basement, donating over 115. The basement looks much larger now! It felt strange to remove all those memories off the walls. I need to think of a better way to organize and display my photos. We headed over to have school lunch at North Elementary. It proves to be a free way to break up the monotony of our day. Evelyn threw a monstrous tantrum in the cafeteria. The cafeteria worker put her beans next to her rice or some arrangement that was not satisfactory to the toddler. I threw away her food and she finished throwing her tantrum an hour later. I think she was tired from our day at the lake. She also spent half the night coughing, keeping us both half awake. Phillip and Evelyn went food shopping with me once Josie took her nap. I'm glad we hurried because the baby did not sleep the 2 hours she normally sleeps. Amelia is talented at keeping her happy so we came home to a content baby. Phillip was quite pleased I let him buy fidget spinners for the kids. Amelia entertained the kids by organizing a art show for the kids. Each kid spent an hour painting or coloring their projects. Everett painted a box and taped popsicle sticks together to make a high five. Phillip also painted a box and colored some computer printed paper. Amelia colored several unicorn coloring pages complete with glitter. Finally. Justin heard back about the home offer, the roof needed replacing at a steep price due to tiled roof. The same day we got the moving estimate, $32,061.80 for full service. Yikes. We can reduce that number by avoiding our goods being stored (month or storage was $8,686), taking apart the beds ourselves ($1270), and moving the safe onto the truck ourselves ($5,000). I was able to find two local friends who have a forklift and another a pallet mover to help us for free or a low price so that saves $2,500. Wednesday was a stressful day for Justin and I, felt like the walls were closing in for a bit there. Justin also learned his truck will cost an estimated $700 to repair. Before we decided to fix the truck there was a flurry of discussion about options to move the safe ourselves like renting a uHaul and asking the Lances to come help.

Josie was crabby patty all day Thursday. I needed to get my craft supplies emptied from the furniture in order to sell it. I made several runs to Family Dollar for totes. Amelia played with Lily for most of the day. I emptied the supplies one-handed since Josie would not let me put her down. She also refused to nap that day so was tired and cranky.  Towards evening I was done with the stress, the baby, and being a mom. We needed an intervention. I decided to take the older kids to see Cars 3, Josie got to cry over at the Jones' home. Before leaving the kids needed to help me clean the kitchen and dining room. Phillip and Everett jumped up ready to help once I asked. Amelia replied with a snarky "No! Whatever you want me to clean...NO!" The look on my face, the tears in my eyes must have terrified her because she apologized and did her chores. Sometimes she can be a huge stinker, makes me sad because she never treats other adults like that. At school she is an angel.

Friday the kids held a fun Lego creation contest. They spent most of the day building Lego creations for the contest. I kept working on the basement. Amelia made brownies all by herself! She was quite excited to ride her bike over to Safeway for marshmallows all by herself. She wanted to make mint brownie Lego treats. Josie is walking more than she scoots now! We love to see her picking up those chubby knees as she toddles towards us with a laugh and a giggle.

Amelia organized a Lego Party Saturday morning. Her task was to put together some of her Lego Friends sets in order to sell them. She invited over Lily, Katelyn, and Rachel. I took the other kids to run errands and keep them out of the girl's way. I finished off the brownies with frosting and marshmallows. The boys got to play with the Hornbargers at the park. I hear they had a great time! The Lego party morphed into a regular playdate after 30 minutes. Lego party flop. Instead I spent a few hours putting sets together. It's frustrating trying to find the correct pieces! We let the home offer fall through, Justin spent Saturday looking at more houses with Jared. We are starting to feel frustrated with the search. Mom and Dad Lance suggested we look at different options with our house here in Sidney and buying a house in Phoenix. We are grateful for their advice.

Sunday we had some lovely talks from the Temple President 1st counselor and his wife. During Sunday School we got to have a Q&A on any questions we had. I felt a bit embarrassed to ask a question that plaques me. My question: any advice for those who fall asleep during temple sessions and can't seem to stay awake. He said, well, actually I've researched this very situation and have an answer for you! Yes! First: church sleep is the best sleep! Second: the Lord is probably just grateful for are able to attend. Third: related the story of Mary and Joseph losing Jesus and finding him in the temple. His advice was to attend the temple with the purpose to find Christ, as a mother looks for her child. His words really buoyed me up.