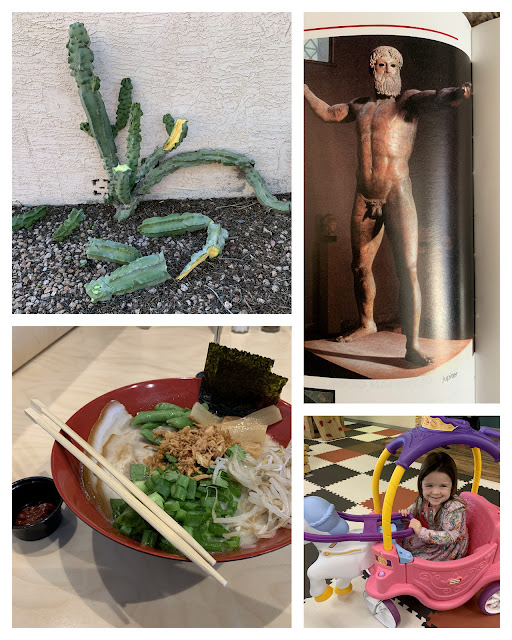 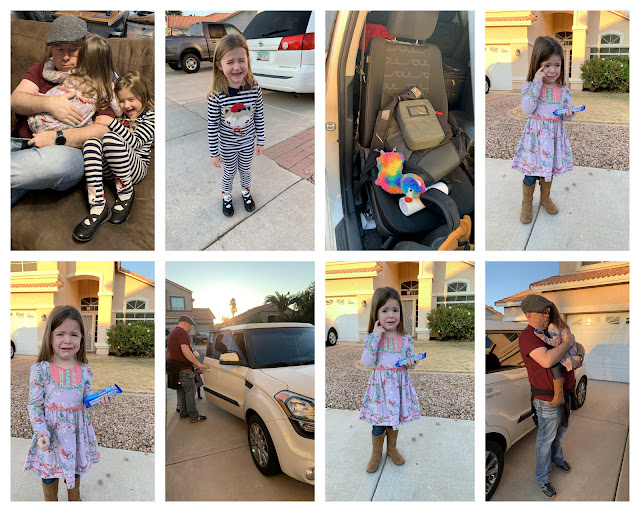 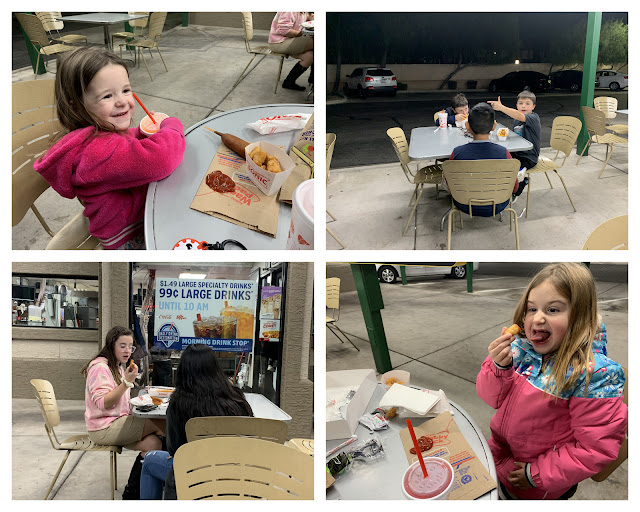 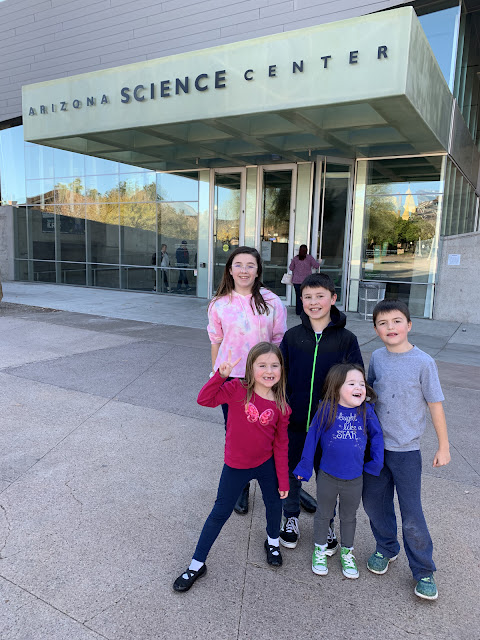 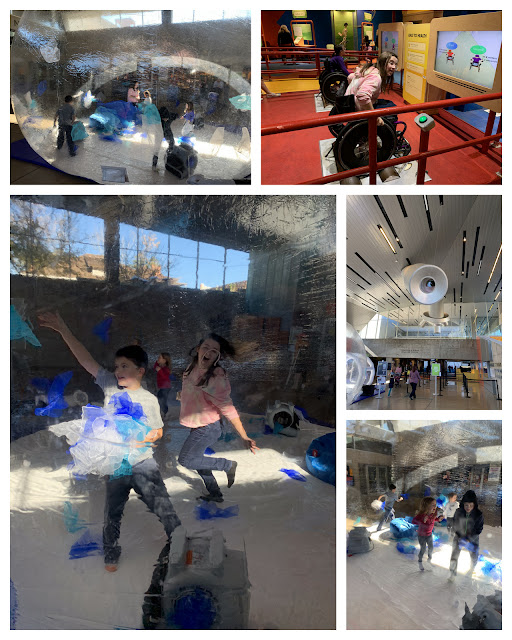 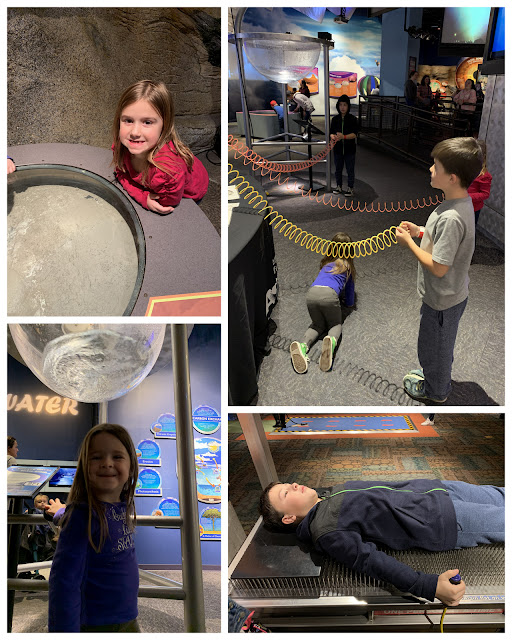 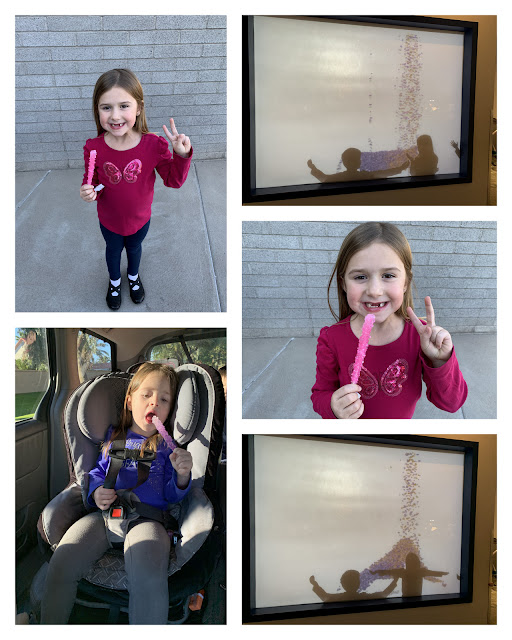 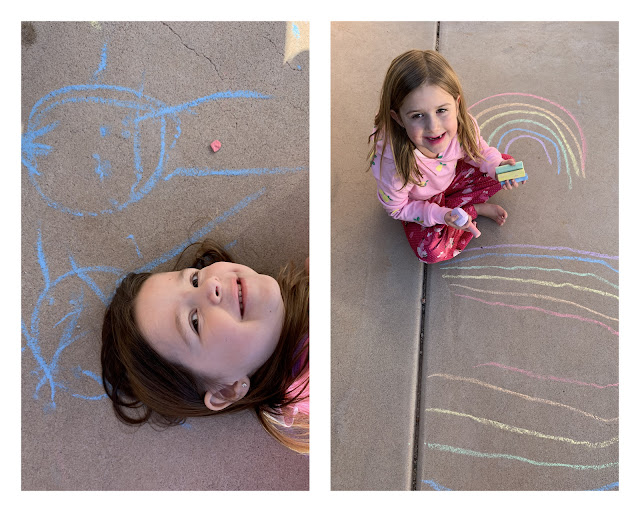 I had a busy week! I was out an about every morning last week. We dropped the price on our home to $359,900 on Monday. That brought 6 house showings between Tuesday at noon and Friday at 6:30 pm. Not too shabby. Saturday was another open house, 15 people toured our home with another 2 showings after the open house. Still no offers, that is a bit discouraging. Our agent says that folks are buying convenience homes left and right. Since our home needs an updated kitchen buyers are opting for smaller homes with more updates. Patience is hard to come by especially now that Justin is in Idaho. I am grateful for the increased foot traffic to see inside.

Tuesday morning was my first outing, had to be at Phillip's school by 7:30 with the younger 4 kids dressed, fed, lunches made, etc. I was a sweaty mess straggling into the school at 7:28 am...early I might point out. I met with the Principal and Ms Nguyen to develop a 504 plan for Phillip. He is phasing out of his IEP for speech. A 504 plan is developed for children with disabilities (like ADD) to allow certain accommodations needed for the child to thrive in a learning situation. Phillip can get extra time and help for his school work, an aide to monitor him during testing if needed, allowances for homework, able to give verbal vs written answers, etc. A 504 means he no longer needs to leave the classroom for special education classes (like speech). Ms Nguyen said several times how bright and kind Phillip is as a student. He just struggles to pay attention. I rushed home to finish straightening the house for a noon showing. Rushed out the door for an dental cleaning. Josie was quite happy to play with Ezra Smith for the morning. The dental assistant who cleaned my teeth was very thorough, my gums were all shades of sore the rest of the day.

Wednesday I had another chiropractic adjustment with Dr Godard. My lower back/right hip is bothering me something terrible lately. Probably all the weight I've gained is wreaking havoc. I turned 40 and the gift I got was a 25 lb weight gain. Yay for 40, not. Josie and I waited an entire hour playing with the lobby toys, he was backed up that badly at 9 am? Goodness. Once again we rushed home so I could rush about and clear the clutter for a noon house showing. Had another showing at 3:15 pm. The kids just ran around the block for fun until the clients left. I found Ronald and Phillip beating up my poor spineless cactus with a thick dowel. I just don't get why? Why take a stick and beat a plant up? What is the purpose? I suppose such questions get me nowhere, but still....why?

Josie got to play with the Payne family Thursday morning. I had a long doctor appointment up in Scottsdale near Justin's work. I wanted a second opinion on Dr Godard's allergy smell test before I went and changed my life. That appointment was long a boring. Instead of a full food allergy panel I had them test for only tree nuts and wheat, given the scratch tests were $6 per scratch a full panel is 76+ scratches. The limited test was expensive enough! I am not allergic to tree nuts or wheat, a did have a slightly mild reaction to black walnuts but not enough to even sting or itch. I treated myself to a bowl of Ramen at Ramenhood for lunch. Justin was crazy busy finishing last minute things on his last day of work at UTI. He did not arrive home until after 6 pm. He did not even have much time to pack and get his car loaded up with a full week of work on his plate. The kids spent every moment they could helping Justin sort through his closet and find stuff to schlep up to Idaho in the Hamster Wagon. Phillip and Everett were thrilled Justin finally found the set of magnetic balls to play with.

We said our goodbyes to Justin Friday morning. He took Mia to school, got back in time to give the boys hugs and kisses. Packed up his car and left shortly before I needed to run the carpool to MEC. The little girls were so distraught. Josie was quite caught up in tears and crying, wanting every last hug she could soak in. Evelyn was excited and sad all at the same time. She can't wait to move up to Idaho, the entire concept seems very cool to her. Justin was crying because the girls were crying. I may have wiped away a tear or two as well, can't prove it but it may have happened. The rest of our day seemed anticlimactic and empty. Josie and I spent the morning playing at Giggles with my friend Sarah and her little boy Payson. Josie was quite content to hog the horse and carriage toy, she even coaxed a couple little friends to pull her around like a Queen, she insisted her minions take her to the castle! We played there for a good 3 hours.

Once the older kids got home we rushed about to get ready for two more house showings. The times were not conducive to cook and prepare dinner so off to Sonic (gross) we went for dinner. We stayed until the showings were over. Ronald and Phillip are often at odds lately. Ronald and Everett exclude Phillip more often than not when they play games. Phillip is so careful to include everyone. He is just so spastic and gross (with his bodily functions and fart noises) playing with him can be a chore. The boys quarrel then make up, quarrel then make up, over and over every day. I think Ronald is regretting becoming an honorary "Call boy." Chloe and Mia are so weird together. Everything is uber hilarious and silly! Makes me laugh just watching what those two sillies come up with. They treat Everett's training soccer ball (it's attached to a bungee cord) as a dog on a leash, guiding the ball here and there kicking the heck out of it.

Saturday morning all Hell broke loose. Our emotions were high after Justin leaving for Idaho. We had to leave our house from 10 am until 4 pm. I overslept so in my rush to get everything ready for the Open house was bossing kids here and there. Amelia was annoyed at Everett about something so she shoved him hard enough to push him to the floor. To Everett's credit he pulled a fast fake fall like the soccer players. He was not hurt but played up the offense, rightly so I must say. Amelia lost her phone privileges. She tripped over a toy in garage while holding my phone. My phone crashed into the rocks smashing the screen protector and the screen into a lovely spiderweb pattern. I ignored that issue while I mopped the floors just as the real estate agent arrived.  We sat in the Verizon parking lot for a good 45 minutes while I figured out how to get my screen replaced through insurance. At first the phone repair place wanted to replace my entire phone for $200+, took me 30 minutes on the phone to convince them just a screen replacement was necessary. I decided to take the kids either to the children's museum or the science museum. We chose the science museum since it appealed to a wider age range. Everett got the yummiest meat quesadilla from a taco joint while the rest of us ate sandwiches at Jimmy Johns. The Science Museum was pretty awesome. Just inside the lobby was a gigantic snow globe filled with air! I heard many Frozen songs coming from inside the globe as my kids played. The energy was almost frenetic as all the kids wanted to head off in 5 separate directions. I lost Everett first, then Josie, then Evelyn, then Everett again, then Josie. I had a massive headache just keeping up with those two. All this past week Everett dealt with mild diarrhea, he had to take a shower everyday this week and change his clothes due to the issue. Well, he had a moderate shard in his pants exactly at the wrong moment. Thank goodness for Amelia, she kept tabs on Josie. Evelyn was too scared to wander off on her own. Everett tried his best to rectify his issue, I instructed him to remove shoes and socks, then his pants, then his undies and throw them in the trash. Wash his bum with wet TP or paper towels. He came out with a huge poop streak on the outside of his pants. I sent him back in with instructions to wear his pants inside out since the inside was cleaner than the outside, and to clean his bum again. Amelia texts me (she could use her phone only to contact me while at the museum) saying that Josie pooped her pants. Indeed. Second pair of undies went into the trash. We survived. By then it was almost 2 pm, Josie was showing signs of breaking down. We pushed forward to inspect the last two floors before heading home. I told the kids we could get rock candy from the gift shop before leaving. I warned them that was all I would purchase. Josie ignored that memo. She found a lovely 4 inch high gummy lollipop, got a mighty case of the galloping gimmies. We ripped her out of the gift shop and museum screaming bloody murder over her favorite lollipop. Of course, I was wild in my mind, left my phone at the register. I left Josie screaming that rock candy was disgusting in Amelia's care so I could retrieve my phone. We left...it was fantastic. Josie ate her rock candy...it was delicious after all that drama. We all just collapsed at home, glad to have all that jazz over for a little while.

Of course I was running low on all the necessaries, skipped my weekly grocery shop due to all my morning escapades this week. I dropped off the kids, went to Walmart all by my lonesome, good gracious I needed some time alone to decompress. Josie snuck into bed with me at 1 am. She was wiggling all over the bed, kept complaining she needed a drink of water. I finally got up for the water, she barfed right into the cup of water. Poor kid unloaded right on my bed, unloaded again on the carpet as I rushed her to the toilet. Then she barfed so forcefully in the bathroom I found splatter near the ceiling the next day. We went downstairs until her tummy calmed down, over two hours later. She was retching every 10-15 minutes for a couple hours. We both collapsed into bed for a couple hours of sleep. Amelia woke me up concerned that we would not make it to church on time. I was not about to bring Josie, I was exposed to the mess so was not going to take myself. Amelia did not want to take responsibility for the boys and Evelyn at church. We stayed home, hunkered down for the day. I cancelled any showings for the day. Josie got up chipper as a lark, ate breakfast with no side effects at all. That was the most vicious, short-acting tummy flu I've seen in ages. Here's to praying no one else gets it.

Justin got to spend Saturday with Charity and Melissa before driving up to Boise. Melissa is living with Charity until Jonathon gets his new assignment with the Army after Basic Training and such. We enjoyed seeing everyone during our video chats with Justin.