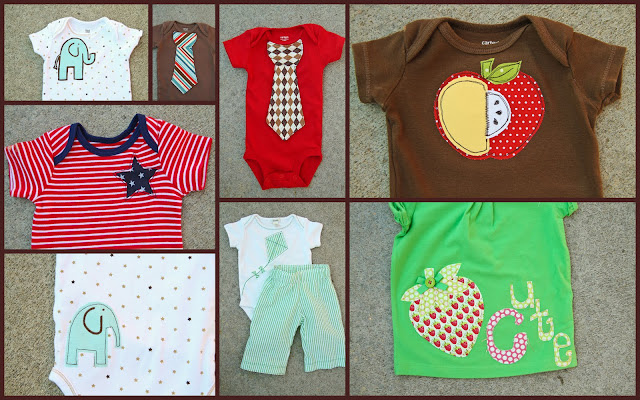 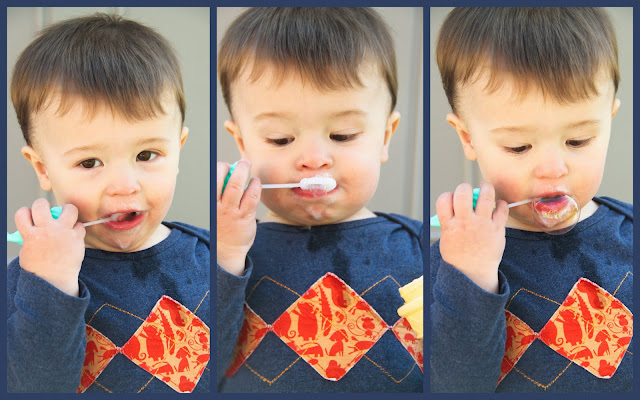 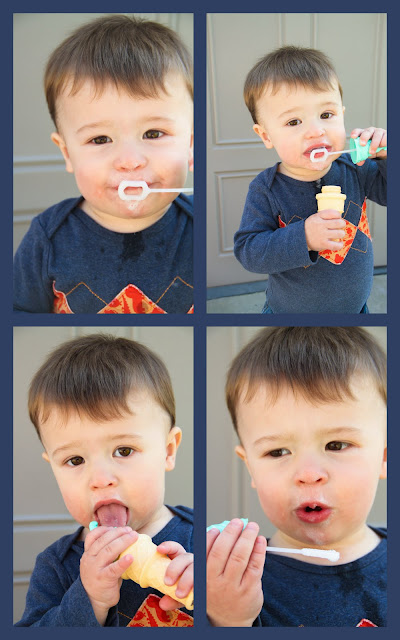 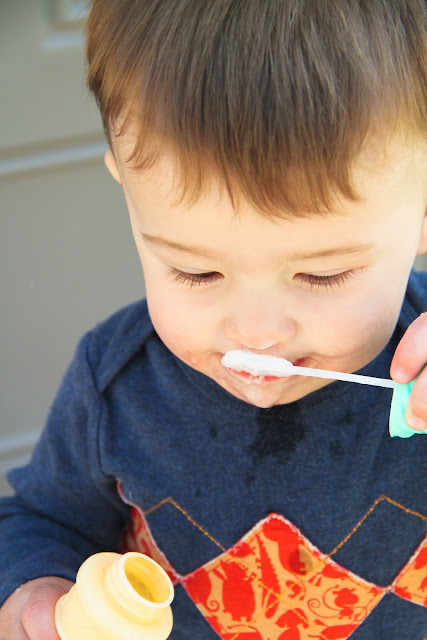 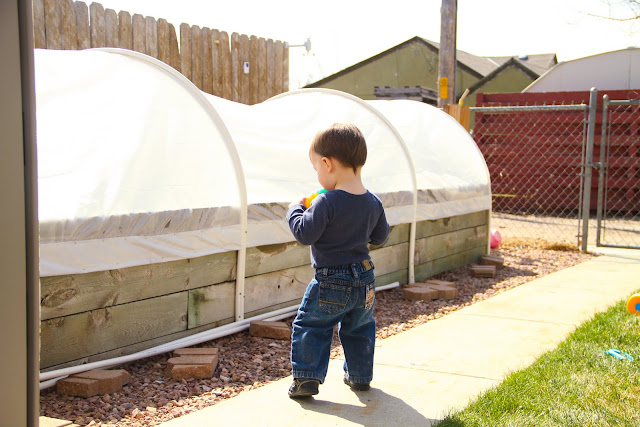 The kids are infatuated with bubbles lately. We went through an entire litre of bubble solution in a week! Phillip decided the best way to blow bubbles is to dip the wand, suck the solution into his mouth, and blow a mouth bubble. Pretty effective...and yucky. He complains about the taste every time but won't stop using his effective method. I am nearly finished with clothing projects for the spring and summer...except the crochet ones. Dang it! Maybe I will get those done after the baby comes. Courtenay gave me two adorable scraps of strawberry fabric...not enough for what I had in mind. So I fudged the rules and pieced the fabric together. Just don't look too closely at the applique! Monday I stapled the plastic over PVC directly to the wood plant box. Then installed two PVC pipes over the plastic. I don't think my nerdy little greenhouse will withstand too much wind without ripping the plastic off. I ran out of ideas. I checked inside the cover this morning and the temp was well over 15 degrees hotter than the outside temp and very humid. I have my own little water cycle going on inside the greenhouse! I hope it will reduce the need to water since the cover is not easily removed. Hooray!

Amelia is very excited about her upcoming birthday. She is constantly letting me know what magical powers will suddenly pop up once she turns four. On that day she will be able to ride a bike, push a scooter, change diapers, put on her own clothes, make her bed, sing like a princess, play the piano like Mommy, use a kitchen knife to cut celery, and ride her bike around the block. What a magical age. She is so observant and loving of late. She is even sleeping a little bit better.

Justin earned a nice promotion and raise at work back in February. The promotion became official and announceable last week! He is now over the monthly reporting aspect of Cabela's accounting process instead of the quarterly reporting. He is working more, later each month for a week or more, but it evens out in the end. We are so grateful. He is looking forward to going to a severe weather seminar this evening. He is so geeky...love it! He is constantly entertaining himself with an emergency radio, HAM radio channels, and his newest gadget, a solar panel to recharge phones and AA batteries.

I am already to the old lady stage, hobbling around feeling like my dang pelvis will split apart. Enjoyed a huge miracle this morning: the Sidney Medical Center called me today asking questions about the nurse(s) who informed me the DRs here were not accepting new patients in June. I ended up having a huge following helping me get into a DR here. The center previously told me I'd have to get all new tests and blood work, which is ridiculously expensive here. I guess that information was also incorrect and so my case/file can be easily transferred to Sidney with little to no fuss. I am meeting with the available DR soon to make a final decision. I pretty much already decided but want to meet first. My hands and arms are in constant incredible pain and discomfort that even the thought of holding a steering wheel makes me feel nauseous. Last night I was complaining to the Lord...guess he hears and answers ornery pregnant ladies!